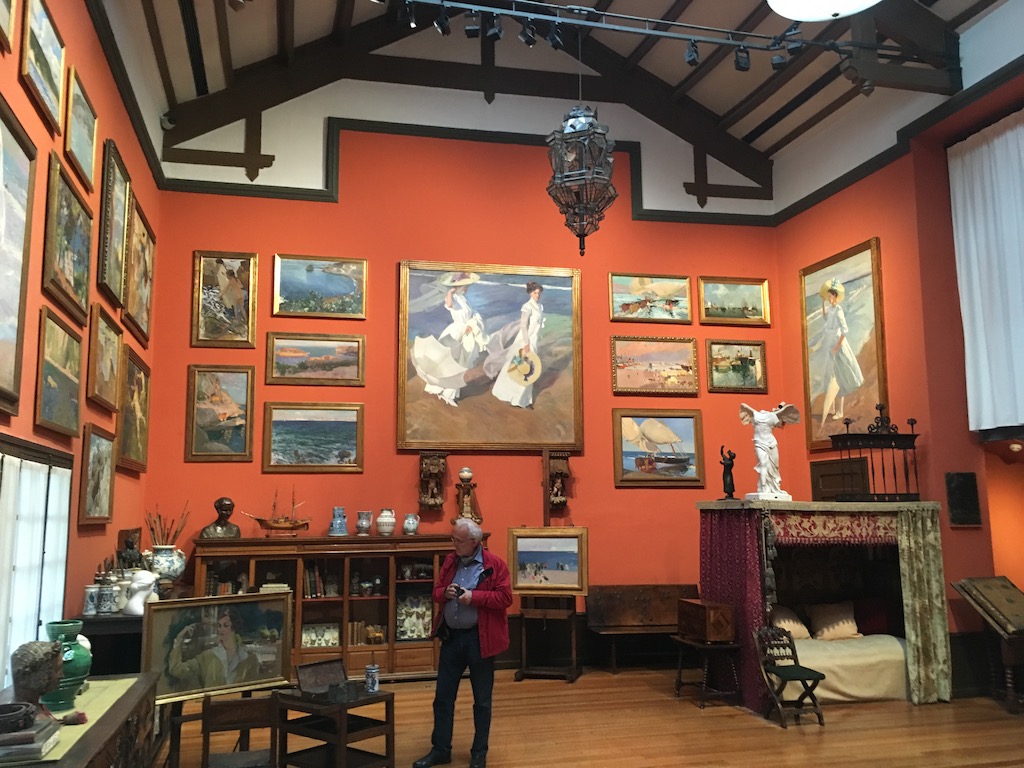 The last day of our 2017 trip to Spain and Portugal was spent in Madrid.

The car was already returned at Atocha station. I returned the car at about 1:00 p.m. and checked into the hotel. We had less than half a day for sightseeing, but we chose to go to the museum that we had never been to before, « Sorilla Museum ».

Sorolla was born in Valencia in the 19th century, and he was a painter of the Spanish Gaillard school. Boudin, who was born in Le Havre in France, is famous as an exterior light painter, but I knew for the first time that there was an exterior light painter in Spain. This museum is located in a quiet area a little bit away from the city center. I think I went there by bus from Puerta del Sol.

Please refer to this post and others for more information on the external light school. 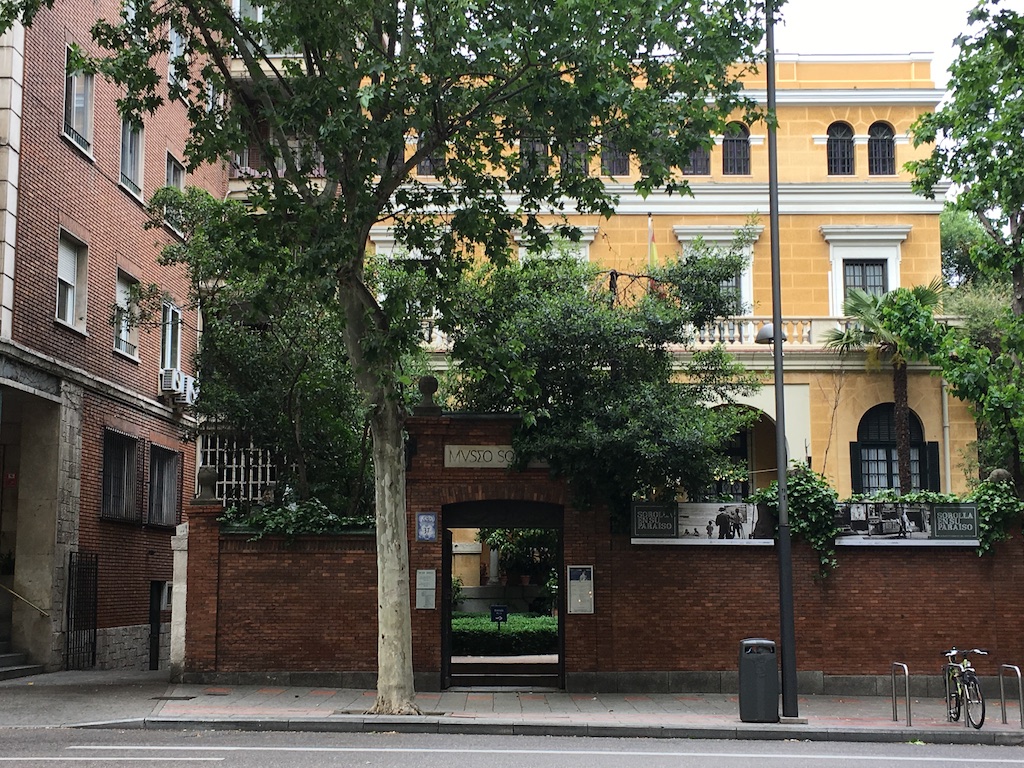 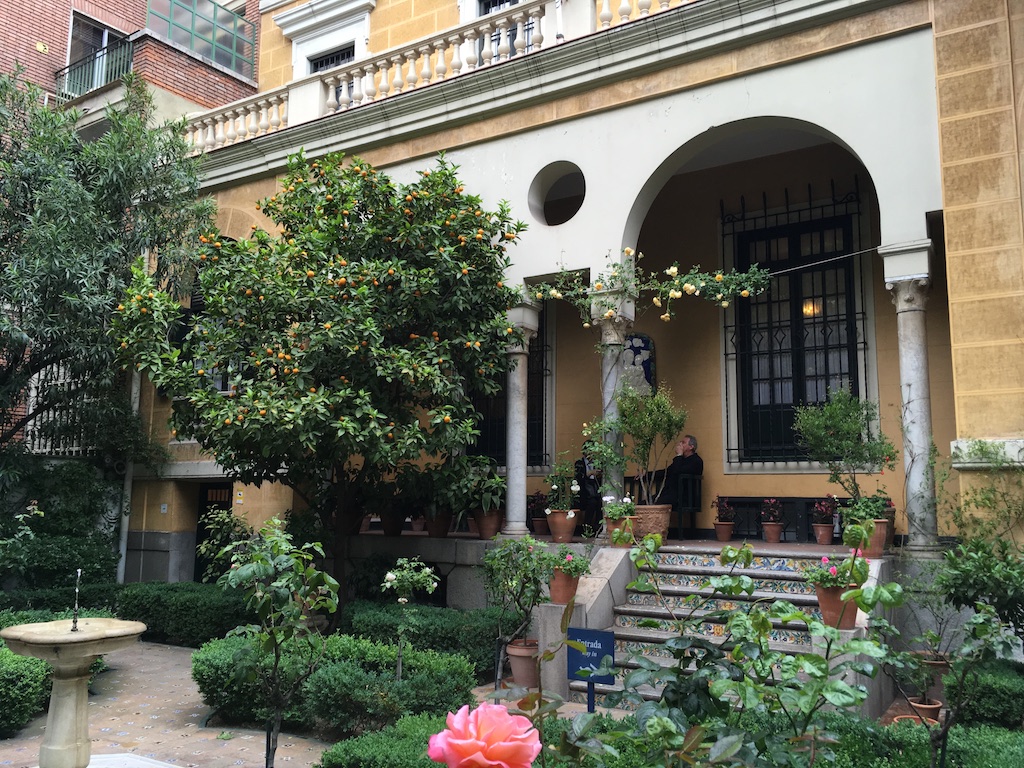 The first room we were taken to was a patio (a garden-like square inside a house) with a collection of ceramics. The pamphlet that I got when I bought the ticket says that the exhibition gives the image of light in Andalusia. This pateo is still outside of the building, which should be called a detached area, but after admiring it for a while, we went into the building. This is the beginning of the real painting appreciation. Your ticket will be checked when you enter the building. 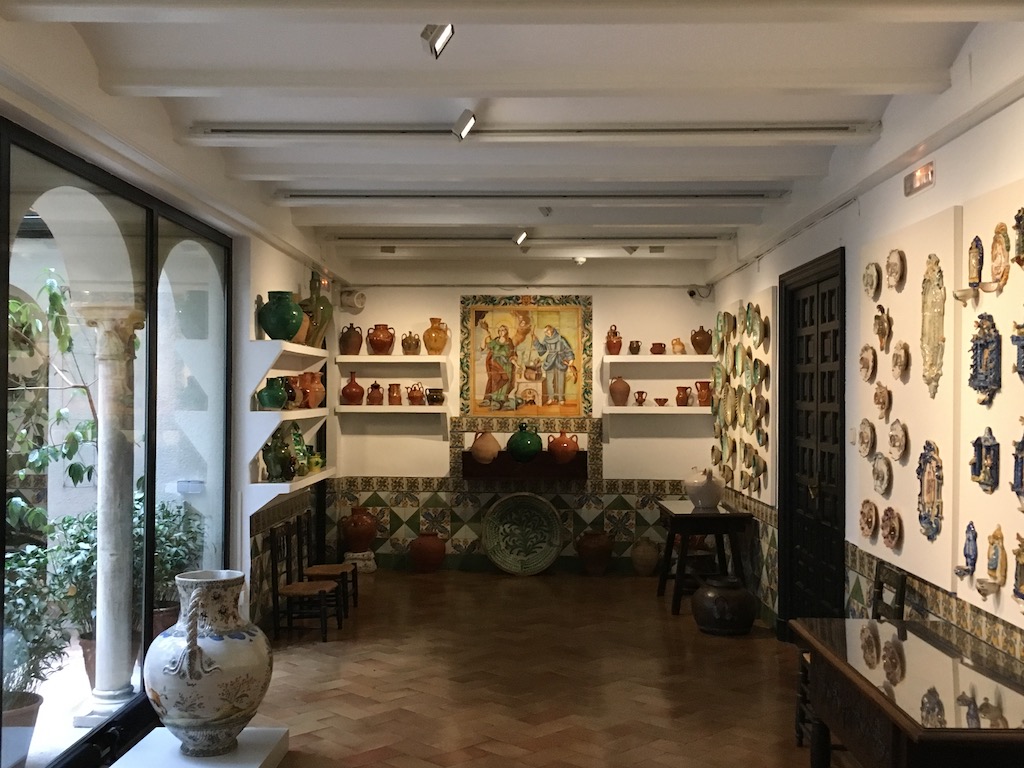 First we went to the first room. There were few people and it was quiet and calm. 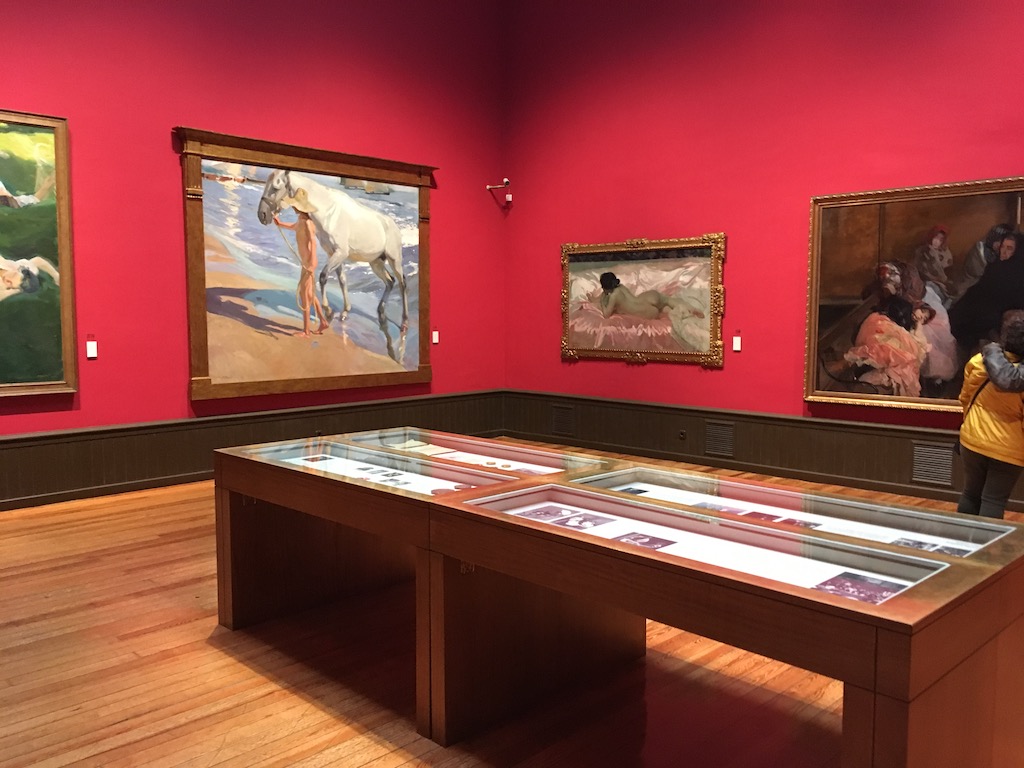 Compared to the works of Boudin from Normandy, France, I felt the same bright atmosphere, but the touch and contrast were clearer, and the colors were stronger. 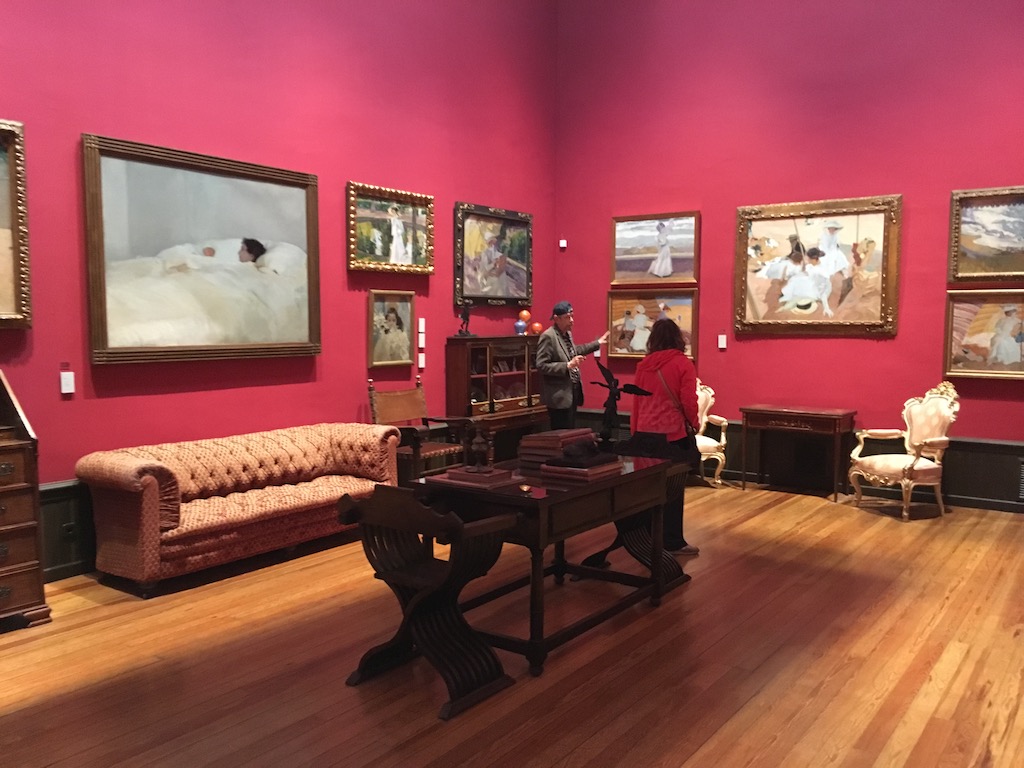 By the way, in each room of this museum, there is a board with explanations of all the works displayed in each room, and it was even more wonderful that each explanation was of an appropriate length. You can often find such explanatory panels in any museum, but since most of them are long and in local language or English, it’s sometimes difficult to read and understand them locally.

For example, this picture is not in Spanish, but in French, which I can read, and I translated it easily. (Some parts were difficult, so I translated them. 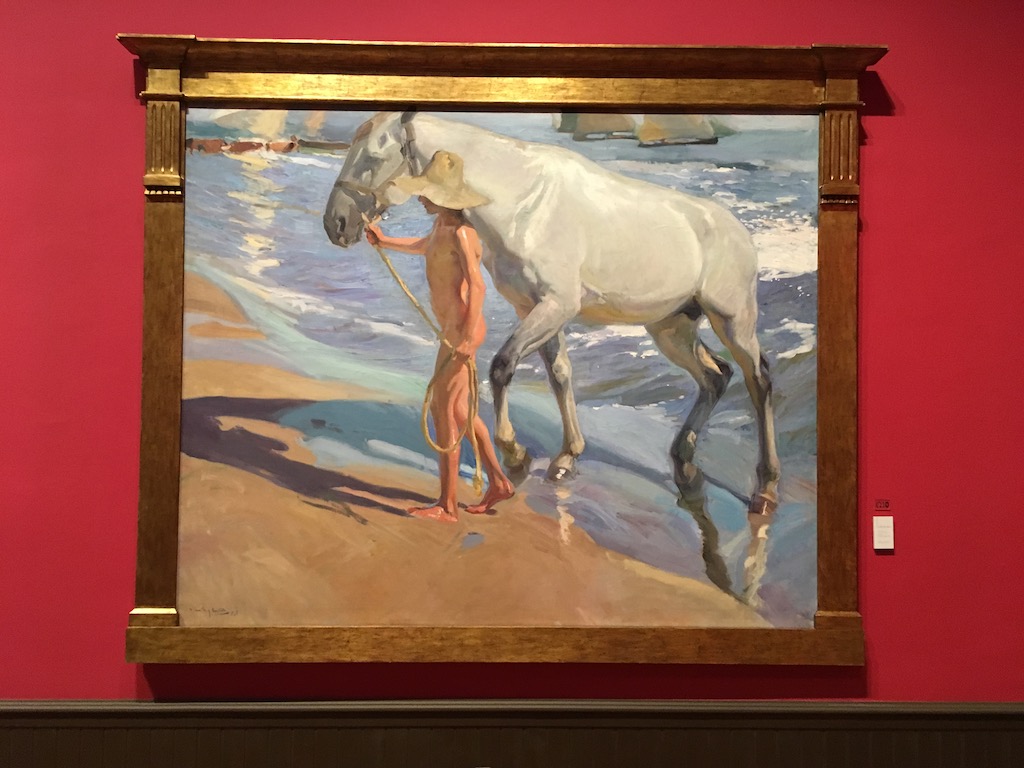 The explanation panel is here. On the right side of the center, there is an explanation of the work in the photo above. 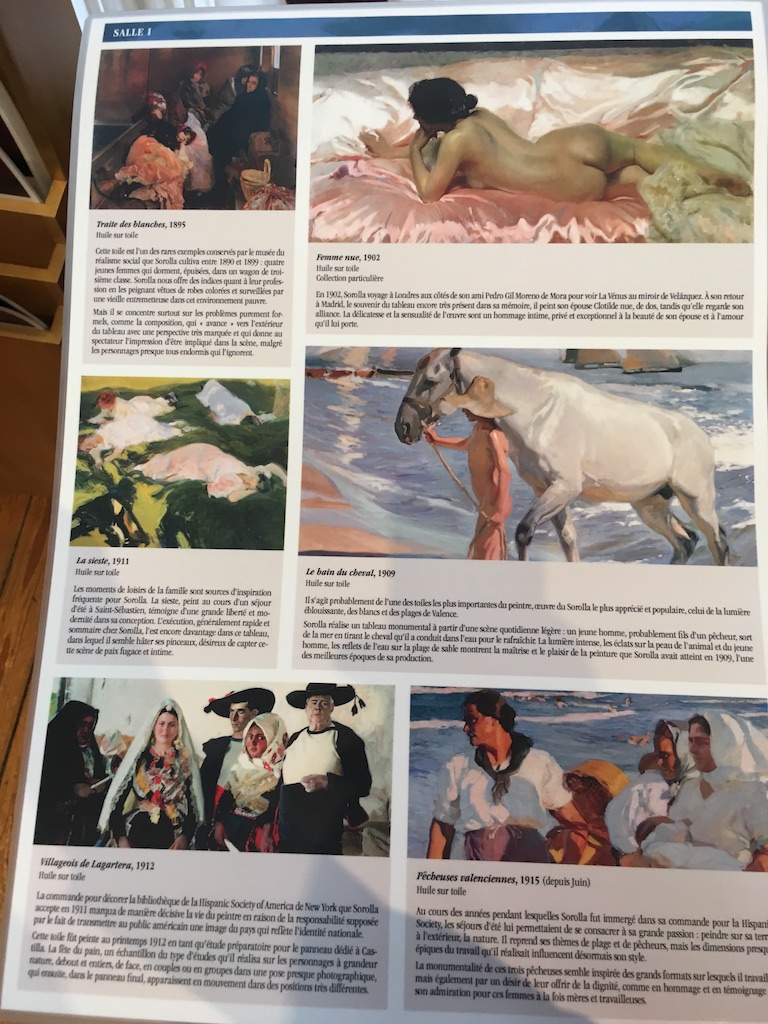 This work represents one of the most appreciated and popular of Sorolla’s works and paintings, the dazzling light of the Valencian coast.

Sorolla has realized a monumental work in the soft light of everyday life. The young man depicted in the painting is probably the son of a fisherman who appears pulling his horse over the shimmering surface of the sea. The accentuated light, the glow of the skin of this animal and this young man, and the glow from the reflections emanating from the water on the surface of the sea, express the splendor and joy of this painting. Sorolla painted this work in 1909, at the height of his career.

Some of them I couldn’t translate well, but I think you can understand them to some extent even if you are in the field if they are as long as this. (Of course, the English version is also about this length, so you can imagine that.

It’s also interesting to note that each room has a slightly different configuration of these explanation panels. In this room, you can see the actual layout of the panels. 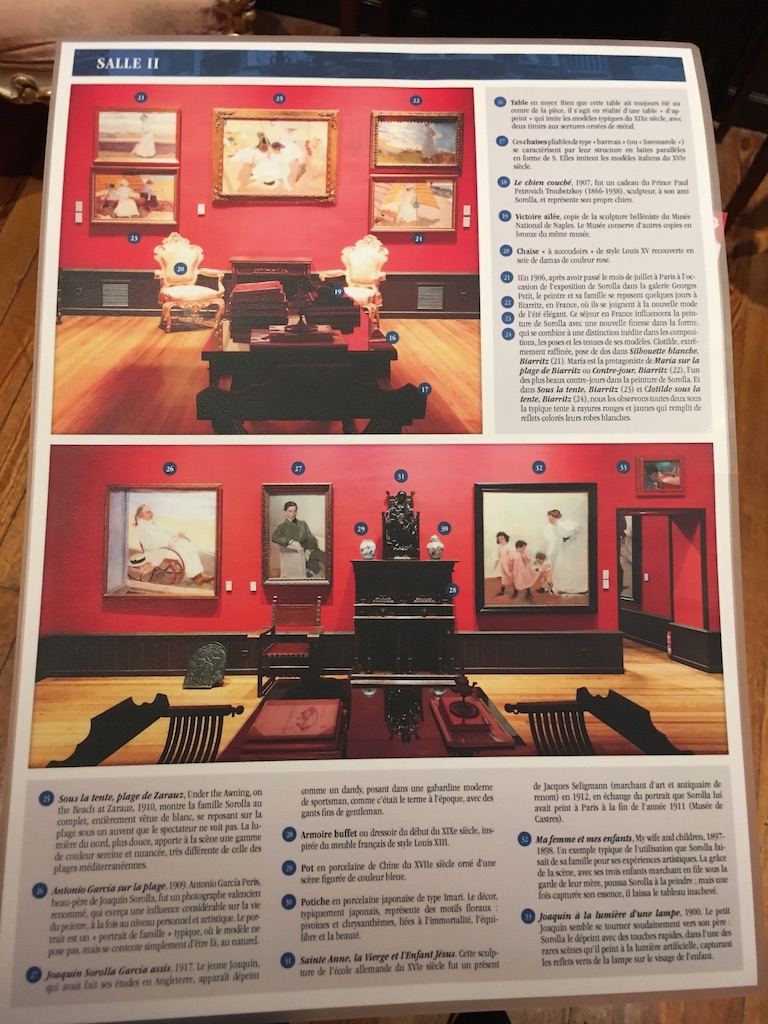 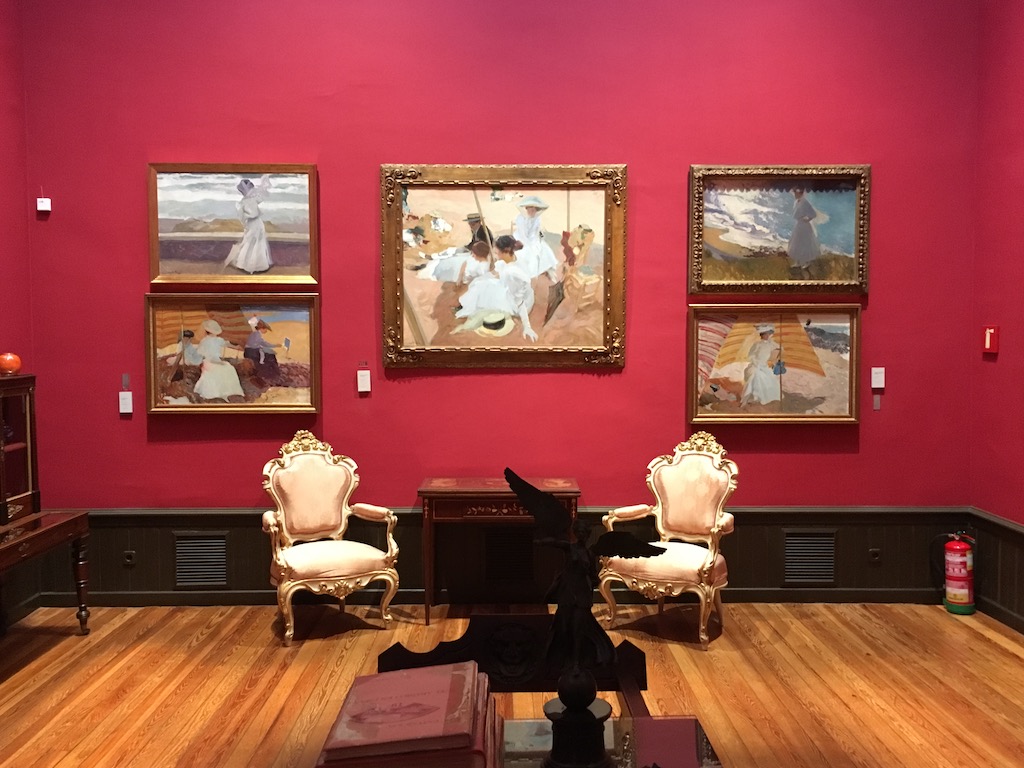 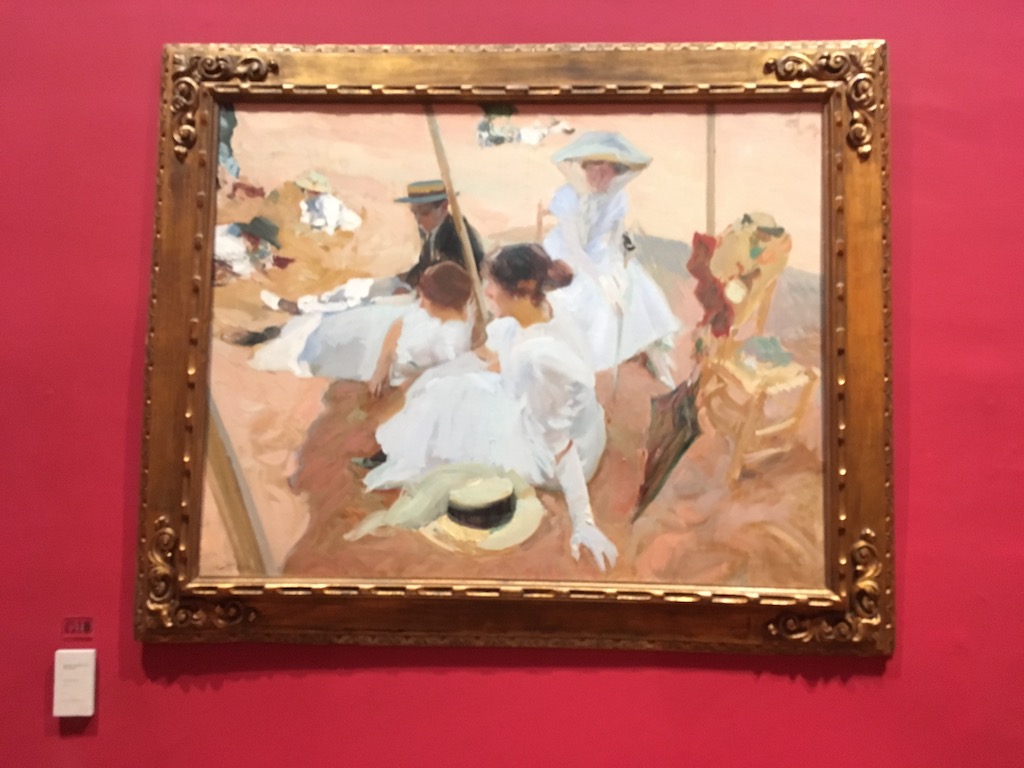 In addition, since this museum is a renovated Western-style building, you can enjoy the interior itself. 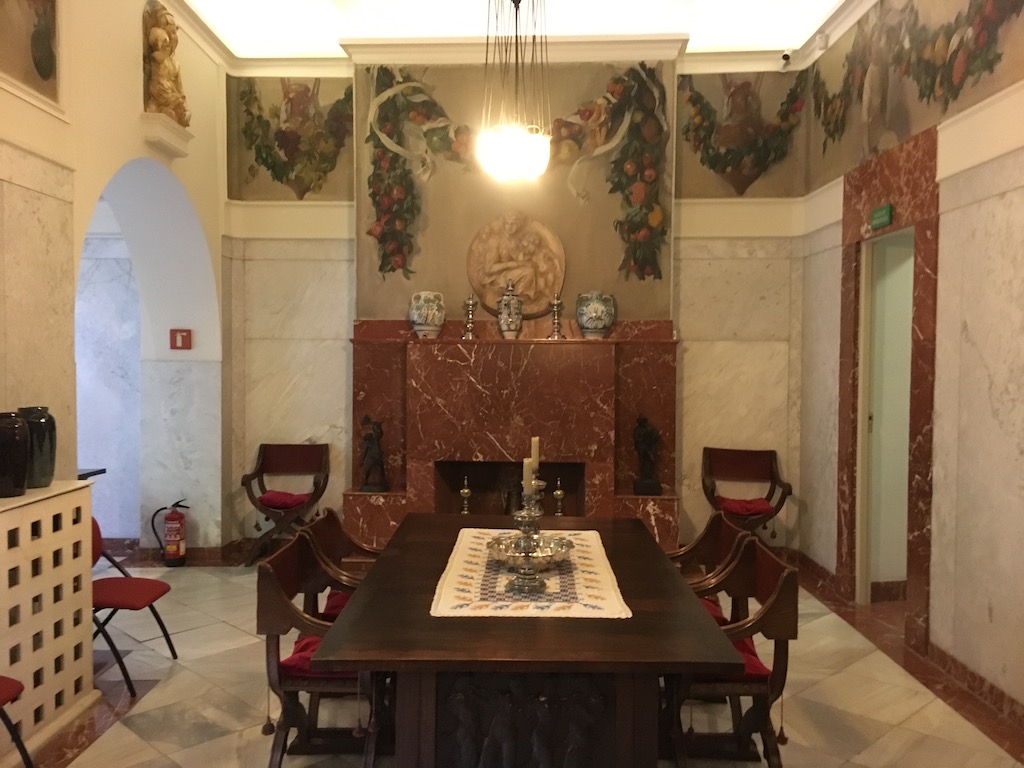 Mogarraz, the most beautiful village in Spain No.21 ★★★★☆