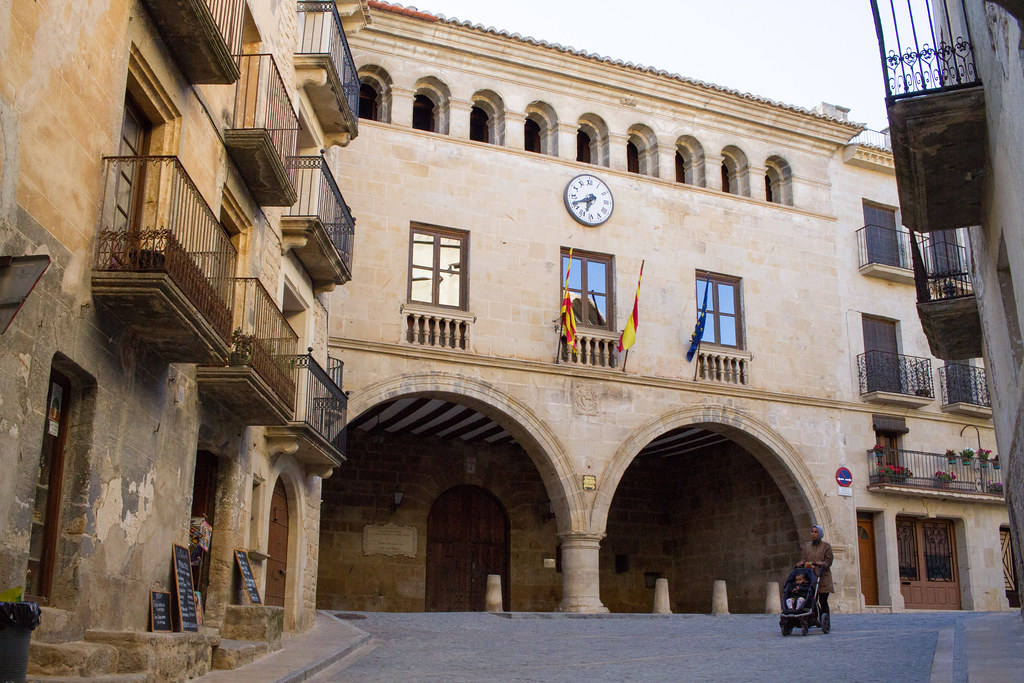 We decided to stay in this beautiful village because it was the last village in terms of time and it would take at least an hour to go to the accommodation after we finished sightseeing here, and it would be over 6pm to reach this village in the first place.

It was a little over half an hour away from Valdelobres, just before, and closer than I thought it would be.

Then we arrived at the village. We went through the alley of the old town and found the hotel safely. The hotel seems to be a hotel with a good reputation which is located facing the central square. The left front of the photo below is the hotel. 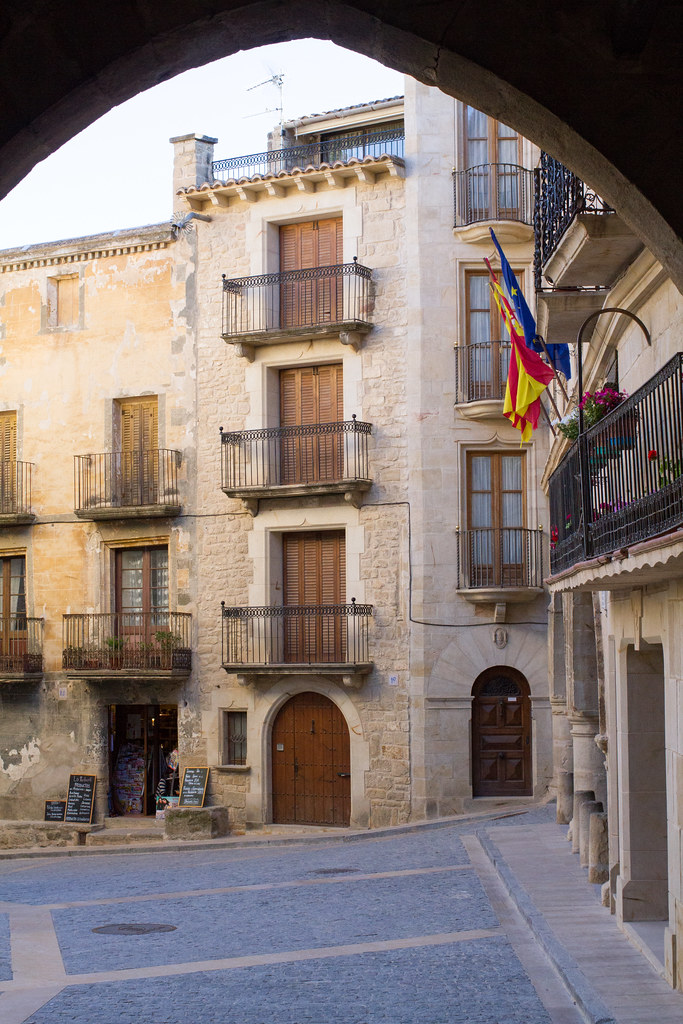 Unfortunately, we couldn’t park in the central square, so we parked on the street about 300 meters away. It seems to be free until the next morning. From here, I moved on foot to the hotel with only the minimum necessary luggage. The temperature was lower than I expected, about 10 degrees, or maybe less. It looks like a nice day in the picture, but it was surprisingly cold because the altitude was over 1,000m.

Well, I arrived at the hotel. A woman who could speak a little English was at the reception, and apparently she already knew my name before I told her because I seemed to be the only guest. I showed her my passport and other necessary documents, and she showed me to my room. Very nice room.

However, I imagined to some extent that I was the only guest of the hotel, but this time of year was completely off-season, and of course I didn’t see any tourist-like people in the town. I strolled around the town until almost 20:00 when the restaurants would open. At that time, I was looking for a restaurant to go to tonight, but to my surprise, there were no restaurants in this village. We decided to be restaurant refugees.

I had no choice but to walk around the village until dusk. But there was no place to see around the town hall square and the church. 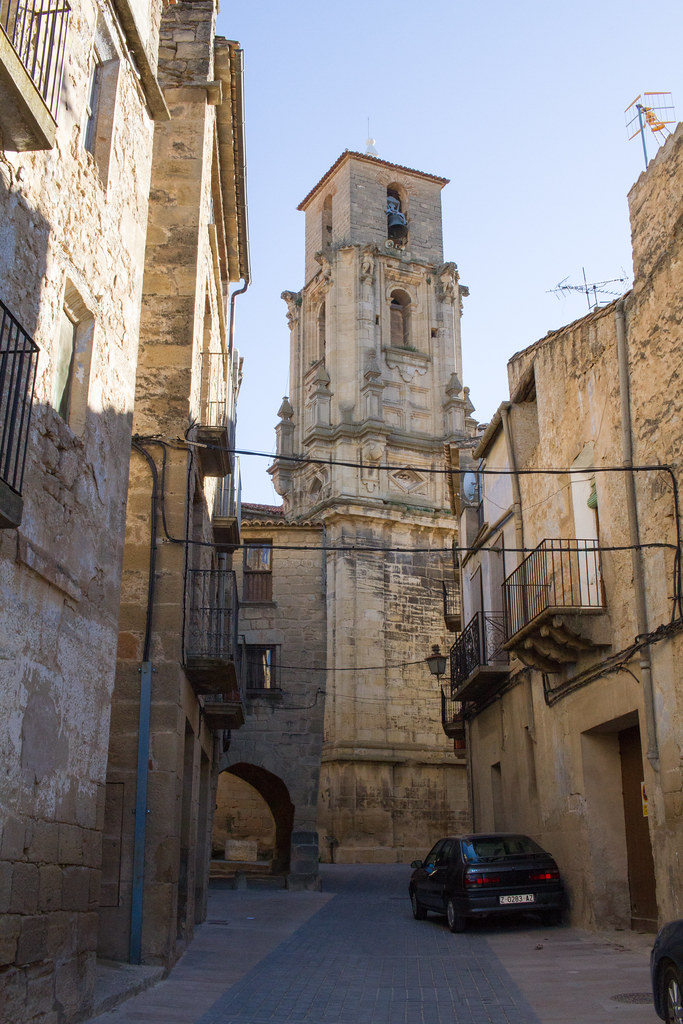 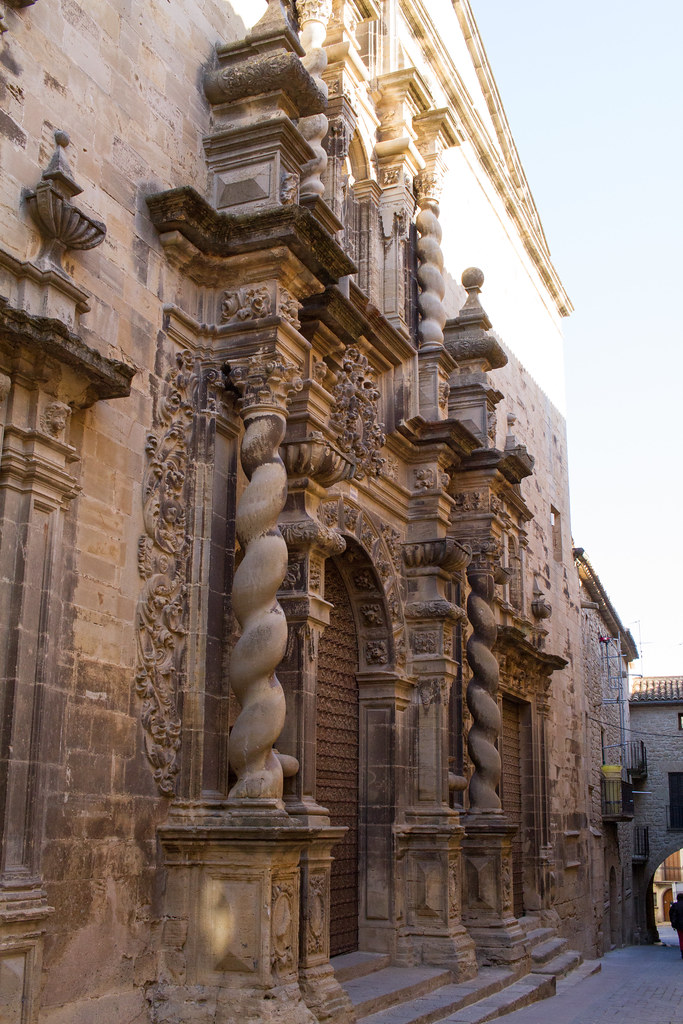 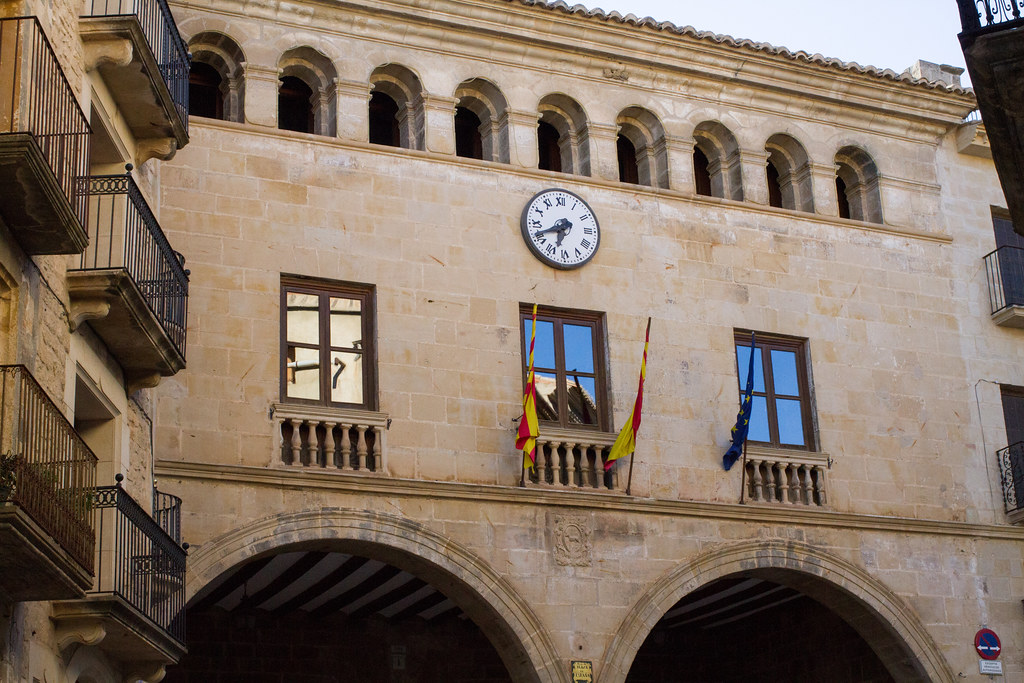 After all, there was a small bar on the outskirts of town that day, but there was no real food there either, just beer. I didn’t buy any sweets, so I couldn’t eat anything that night. But fortunately, we had lunch at a restaurant on that day. Thanks to that, I could escape from hunger somehow. After all, there are not so many restaurants in Spain, and it seems that there is not so much restaurant culture.

What a lonely stay in the last beautiful village of the day, but we were satisfied with the hotel because it was very comfortable and the service was very attentive. I think the scenery of the village itself was also very beautiful. I hope we can revisit again.

Date: September 21, 2015「Google Timelineによる軌跡」We entered the Dolomites a day ahead of schedule because of the weather.In...