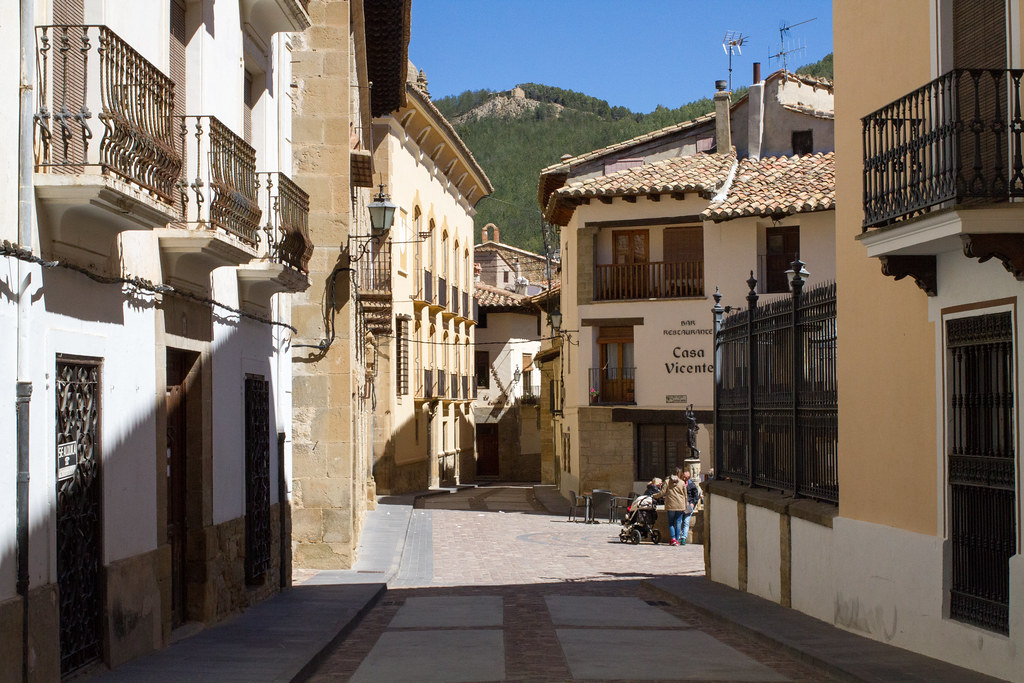 The second beautiful village we visited

Rubielos de Mora, the second most beautiful village we visited, is located in the same province of Teruel as Albarracín, another beautiful village we visited on the same day. From Albarracín, we took the public road towards Teruel, and once on the way, we passed through Teruel on the highway (which was named Route del Mudéjar), and headed towards the southeast area of Teruel. This is 50km from Teruel. It would have been less than 40 minutes by car.

In this southeast area of Teruel, there are many beautiful Spanish villages. One of them is Rubielos de Mora, which I will introduce here. The village seems to have started around the 12th century. It was the time when so-called Aragon and Castile were gradually taking over the territory from Muslim forces. It must have started as a fortified city at that time.

Now, I think the arrival of this village was after 3 o’clock in the afternoon. If we had come from Albaicin without any detour, it would have been 1 hour and 30 minutes away and we would have arrived after 2 p.m., but we had a meal on the highway on the way.

The first thing we struggled with after arriving was finding a parking spot. There did not seem to be too many places. I managed to find a gap and parked. 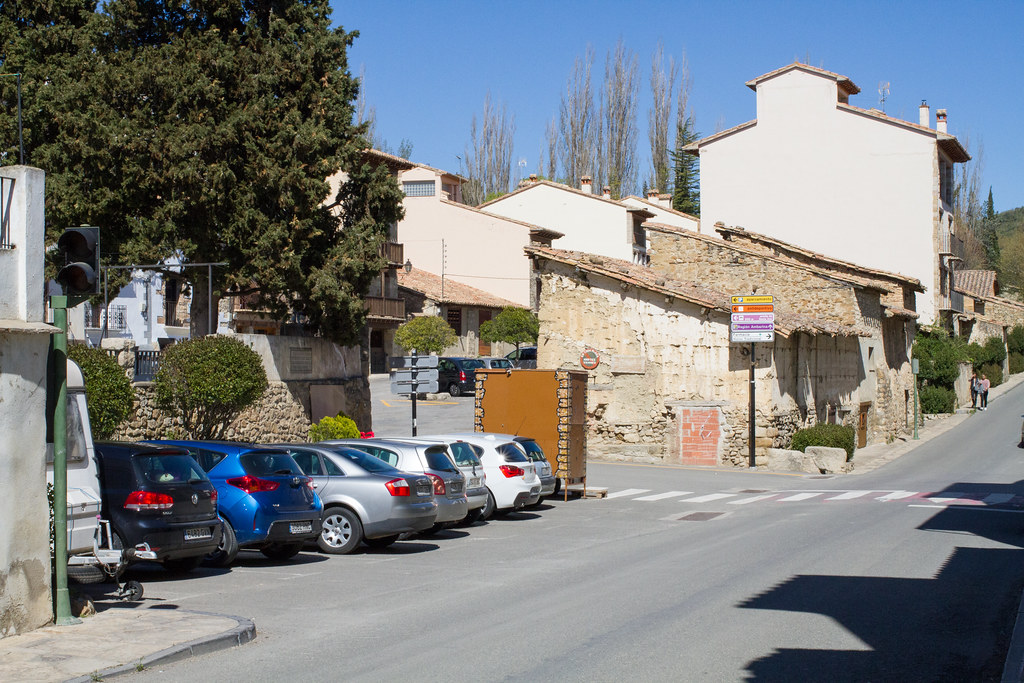 In addition, there was a tourist of the group, but it seems to be a visit by a sightseeing bus, and the sightseeing bus was parked in the space of the village entrance. Because the entrance of this village is not a parking lot though it seems to be all right to stop if you stop, if you leave for a while after stopping, you probably could not park in this place.

The gate at the entrance of the town is called « Portal de San Antonio ». 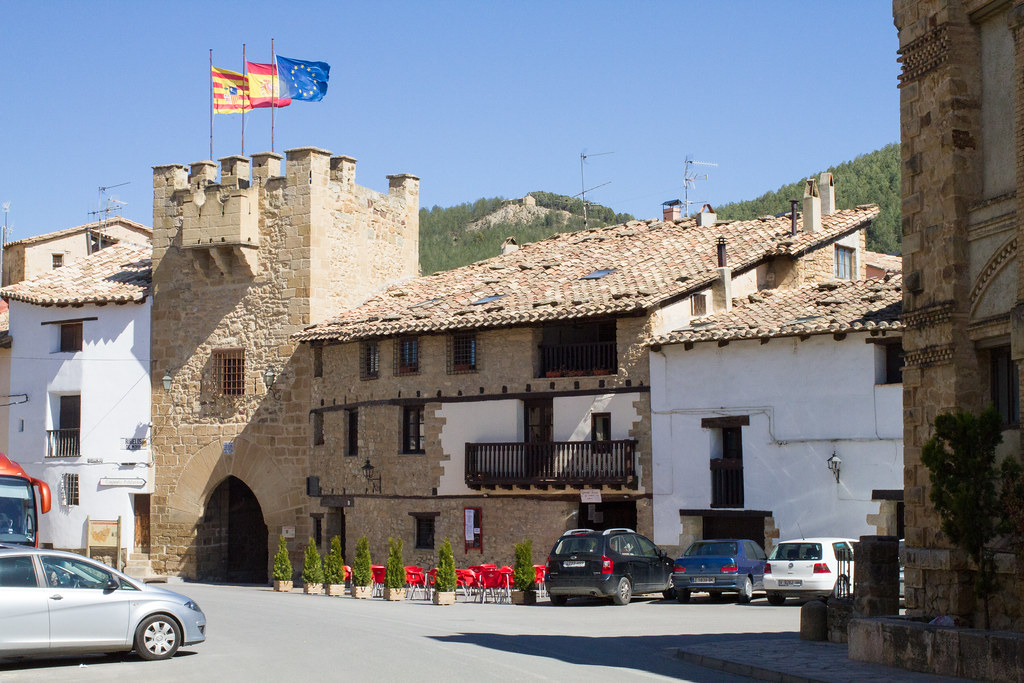 I found this map of the village at the gate. It’s not a very RPG-like map. I don’t have much information about the village, so this kind of local map is quite useful. I can’t read Spanish… 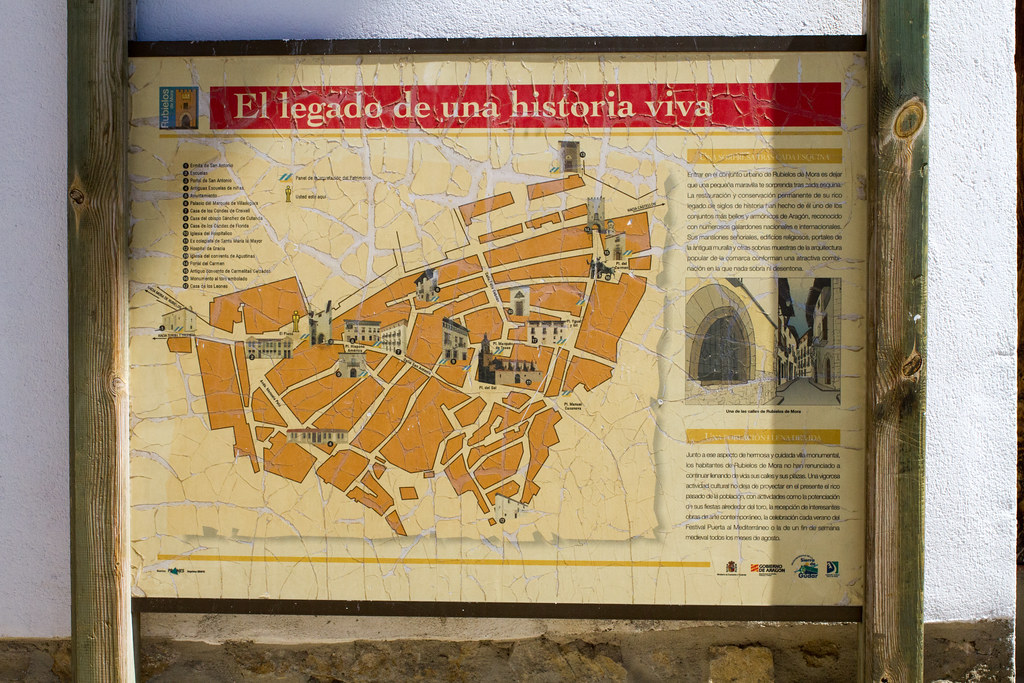 We came from the direction of Teruel along the road that runs just outside the old town. The road was relatively easy to drive although there were some ups and downs along the way. 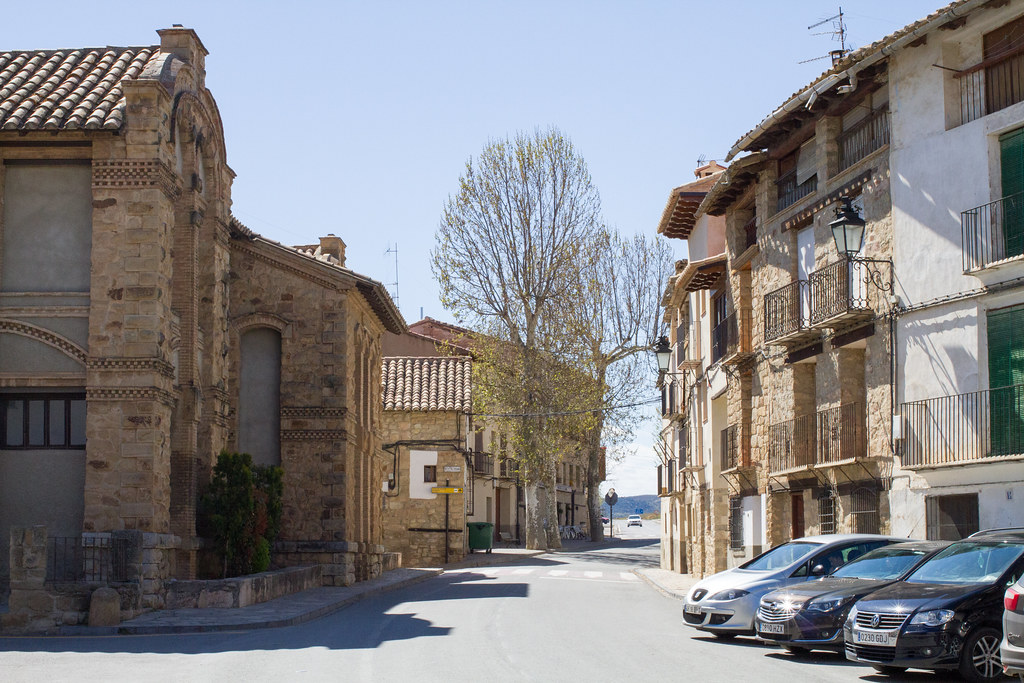 Now, the village here is smaller than Albarracin, and there doesn’t seem to be much to see. We can walk around the town briefly and then see the church in the center of the village. This is a type of viewing probably by donation. The amount of money was not specified, but we donated 2 euro coin and were shown the inside.

Now, when you go through the San Antonio Gate, you will see the old town. The road is cobblestone, but it is not so uneven and you can drive by car enough.

And the square in front of the town hall. There was only one bar and restaurant. 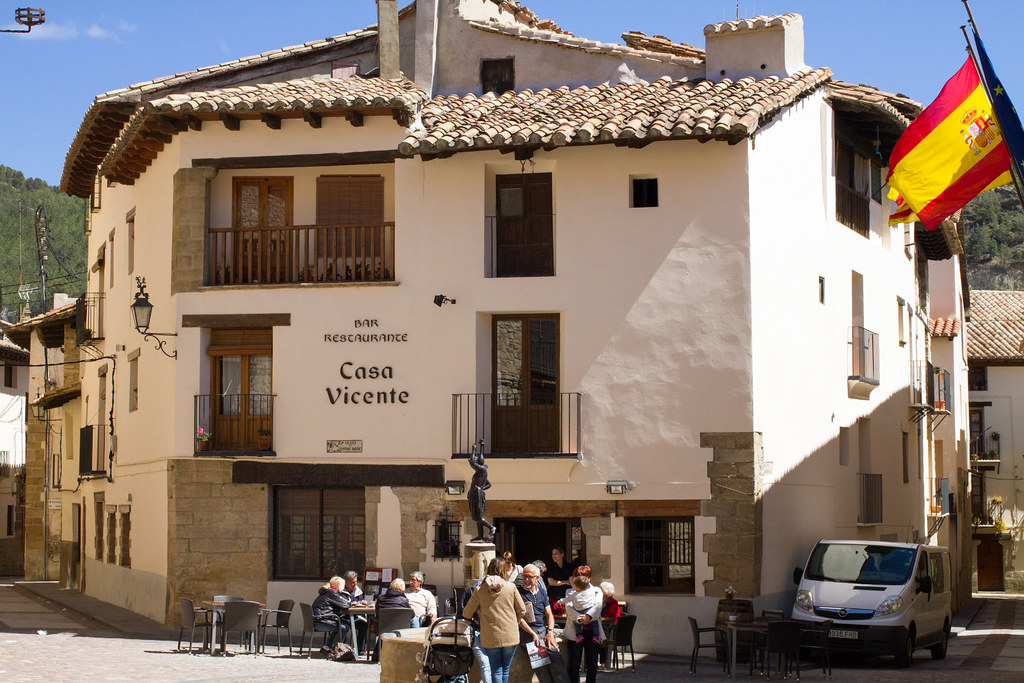 Is this the only shop in the old town? In another section, there was one big hotel (but it was only European style, so it was only that big). 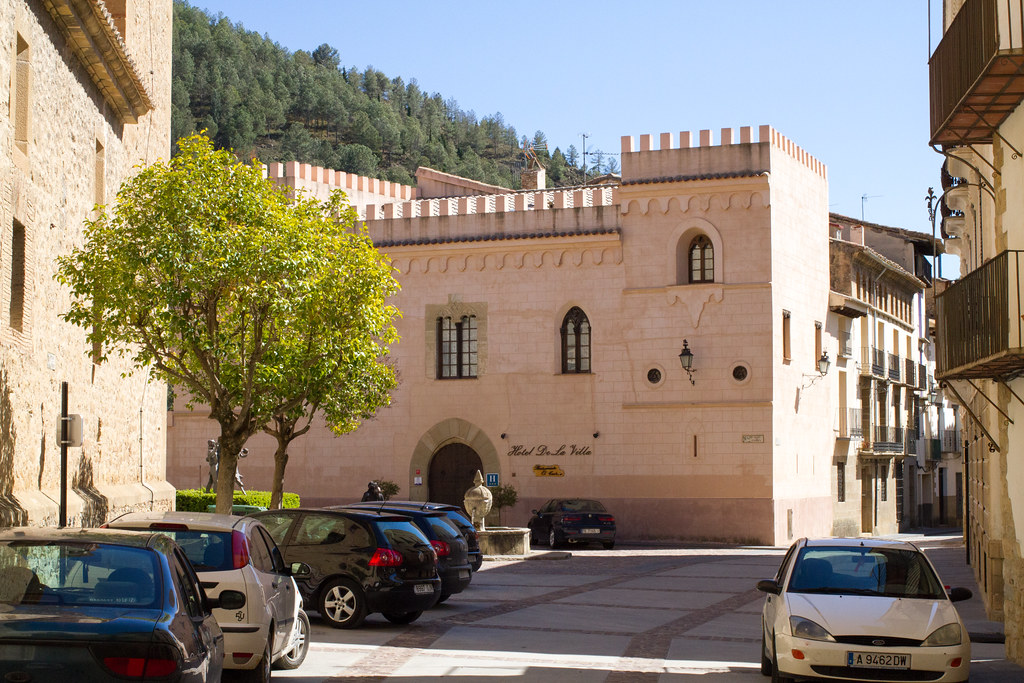 I’m sure there is a restaurant here.

From time to time, there were metal sculptures and other things that decorated the village in a wonderful way. It looks like a little museum. There was also a little modern one. 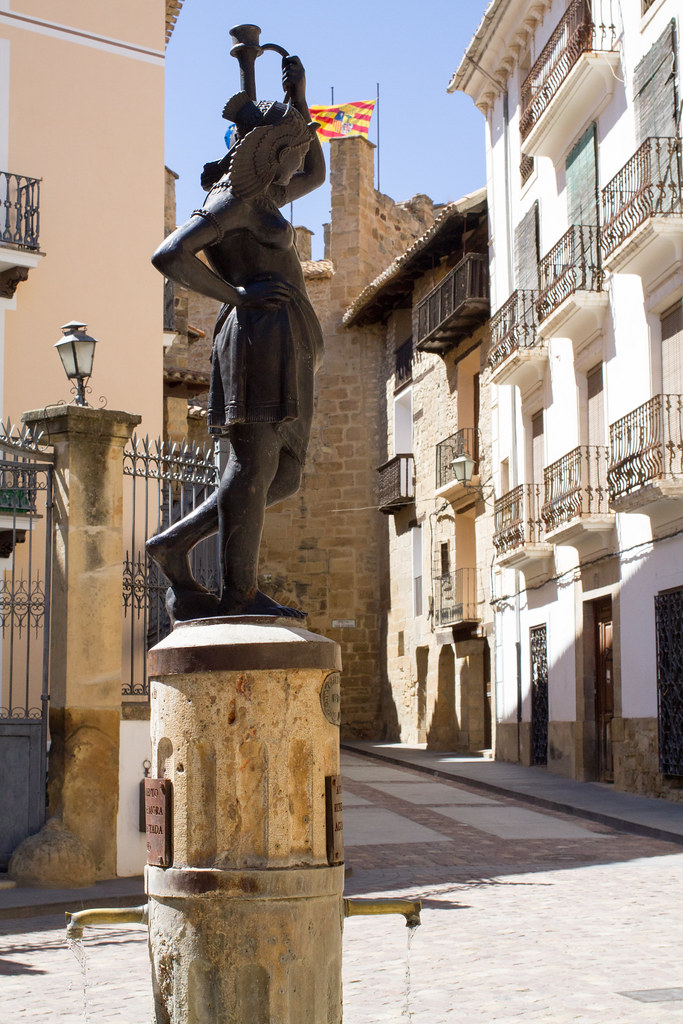 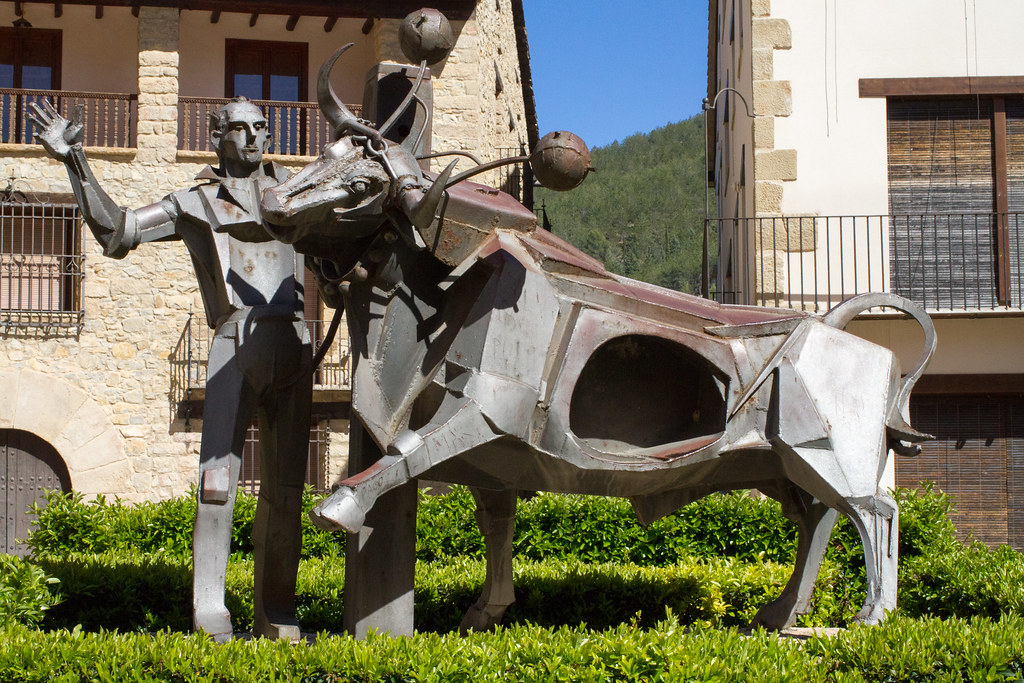 Although a small village, the church was very fine; it was a monastery church built in the 14th century. 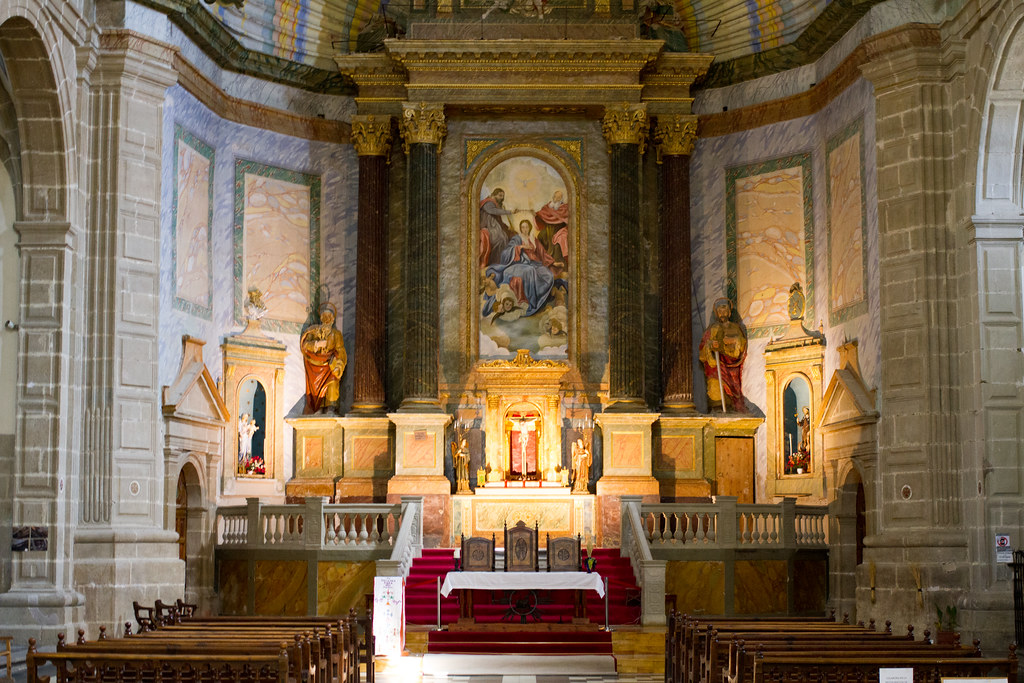 In addition, the entrance to the church has become a little museum, you could see the scriptures of the Middle Ages that remain in this church. In particular, there is no admission fee, it was a feeling that you can browse freely if you make a donation that I just did. 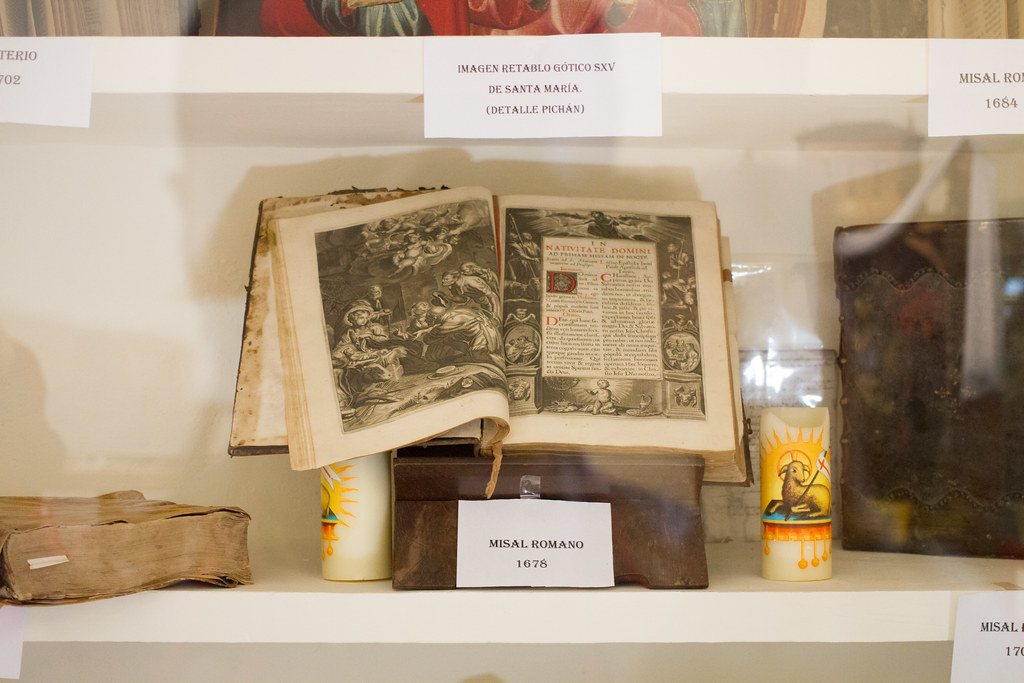 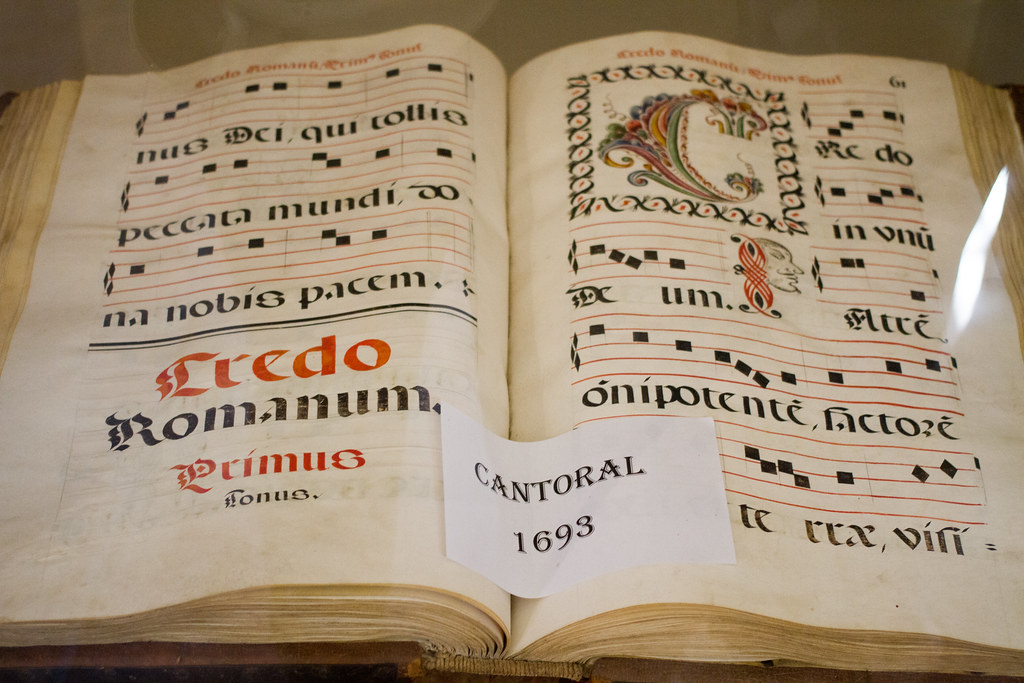 The group of tourists I saw at the entrance of the village came after I finished looking at the cathedral and the museum inside the church. I’m glad I came first.

The only other thing we did was walk around the village again in a circle. To be honest, it was more than an ordinary country village, but it was an average beauty among the beautiful villages. 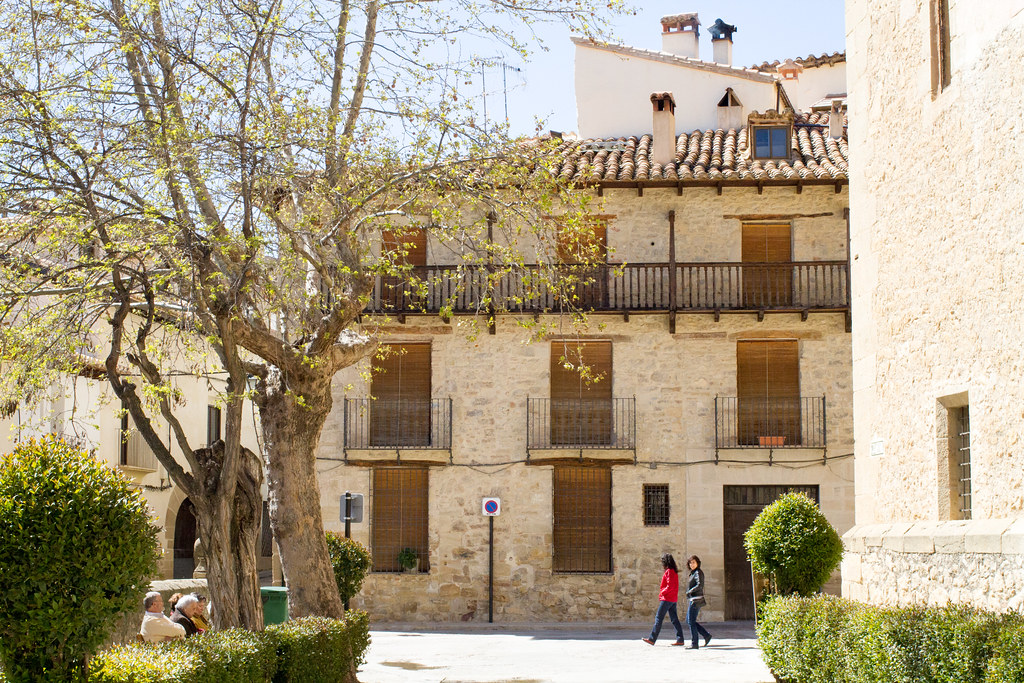 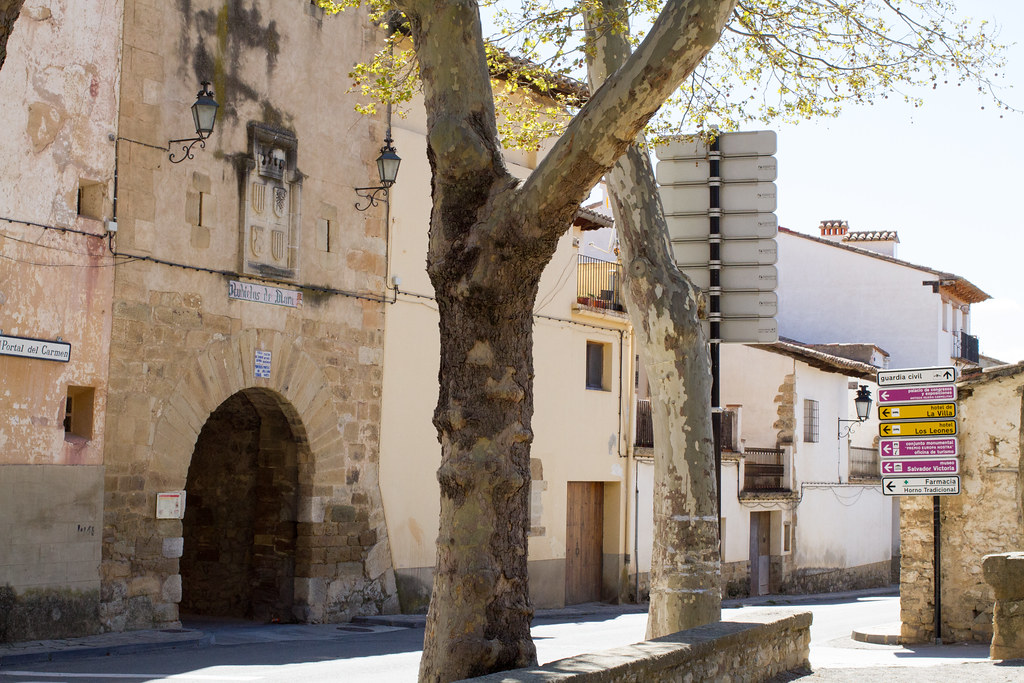 Puertomingalvo – Tour of Spain’s most beautiful villages No.3 – ★★☆☆☆

Date of visit: April 25, 2016, around noonTeruel, the tour of the beautiful inland villages of Valencia continuesThe tou...