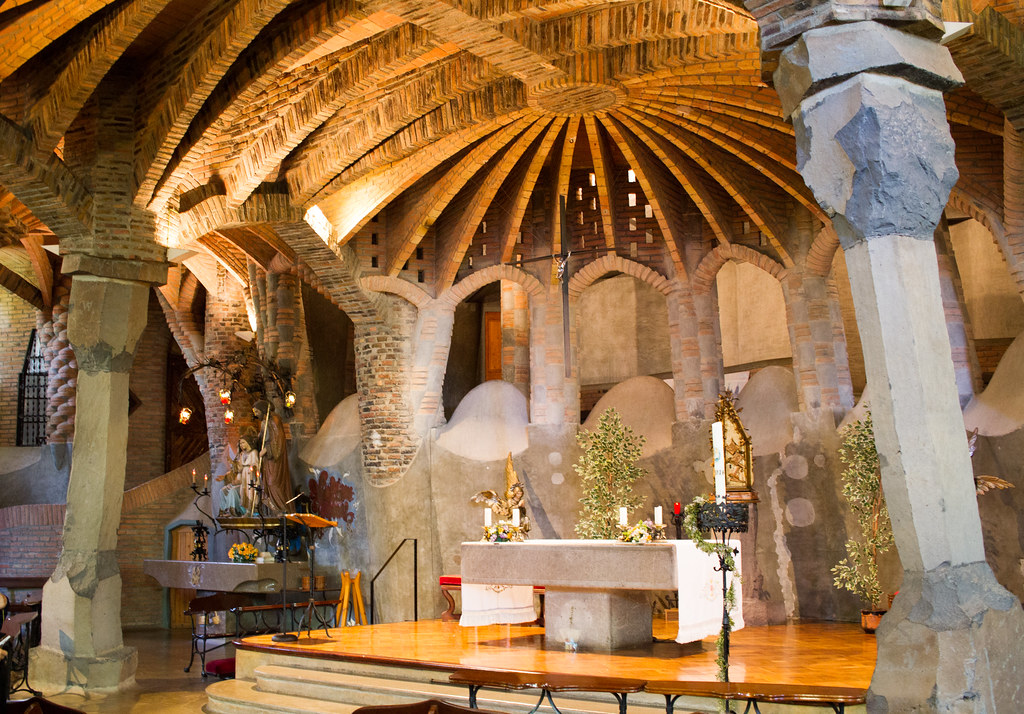 An unfinished masterpiece on the outskirts of Barcelona!

I’ve been writing this series consistently since the end of my trip in May, and I’ve finally made it to the third and final day. It may be a usual thing, but this trip seemed to be more exciting than ever.

Finally, the last three days of the trip. The place we chose to visit is Barcelona. Actually, we didn’t plan to go to Barcelona at first, because in the stage of solo travel before the start of GW (my wife joined me from April 29), I came close to Barcelona once, but after that, I planned to complete my trip to Aragon, Navarra and Basque Country.

However, my wife had never been to Barcelona before. Since we had already visited most of the places around Aragon, we decided to go to Barcelona, despite the inefficiency of going back for hours on the same road we had taken about two weeks before.

Our pre-departure stop was Huesca in Aragon, where we left at 9am. It took us about 3 hours to get to Catalonia, mostly on the highway, with a break on the way. First, we decided to visit « Colònia Güell » in the suburbs before heading to Barcelona. This place is famous for the cathedral by Gaudi.

Is the name of the place in the Globe-Trotter different? Or Google Maps?

After 3 hours of driving from Huesca, we finally arrived at the place where Google Maps told us Colonia Güell was, but we were in the middle of a huge city and there didn’t seem to be anything there. I wonder if the address is really correct, this…

It seems that the wrong place was selected when I put the address directly because the address in the Globe-Trotter was inaccurate.

So I searched for Colonia Güell directly instead of the address, and finally found the exact location.

As it was a suburb of a big city, there was a lot of traffic, and I was very nervous to drive while searching on Google Maps (of course, when I was stopped at a traffic light). If you are in a famous sightseeing spot, you can use the Japanese name of the place, but when you are in the area, it is not easy to be tactful, and you may not know what to do.

Especially when you are in a car, even if you are a little lost in a city, you can’t stop easily, you have to keep going. It is a daily occurrence that you find yourself going many kilometers and getting even more lost.

Anyway, we arrived there safely. We arrived about 40 minutes later than planned, but Barcelona is just around the corner, and we’ll be there for two nights, so we’ll be able to relax.

It is a great place to learn about the history and culture of Japan. The access method is also easy to understand. I should have looked here….

Tickets are available at the Tourist Information Center.

Well, Colonia Güell is a popular tourist destination, and as we visited around 1pm, it was very crowded with many cars. The parking lot was almost full. There was also a large tourist bus. But fortunately, it was like a replacement time, so our destination was surprisingly empty.

In order to enter the sanctuary, we had to buy a ticket at the tourist information center about 200m away from there. And we got the ticket safely. There was a pamphlet in Japanese, too.

By the way, there is a public restroom in front of the tourist information center, and it became a good restroom break because I came here without a break for almost three hours.

The entrance to the Colonia Güell is surprisingly unassuming, but the cathedral itself is very beautiful. It is easy to recognize that it is the work of Gaudi. 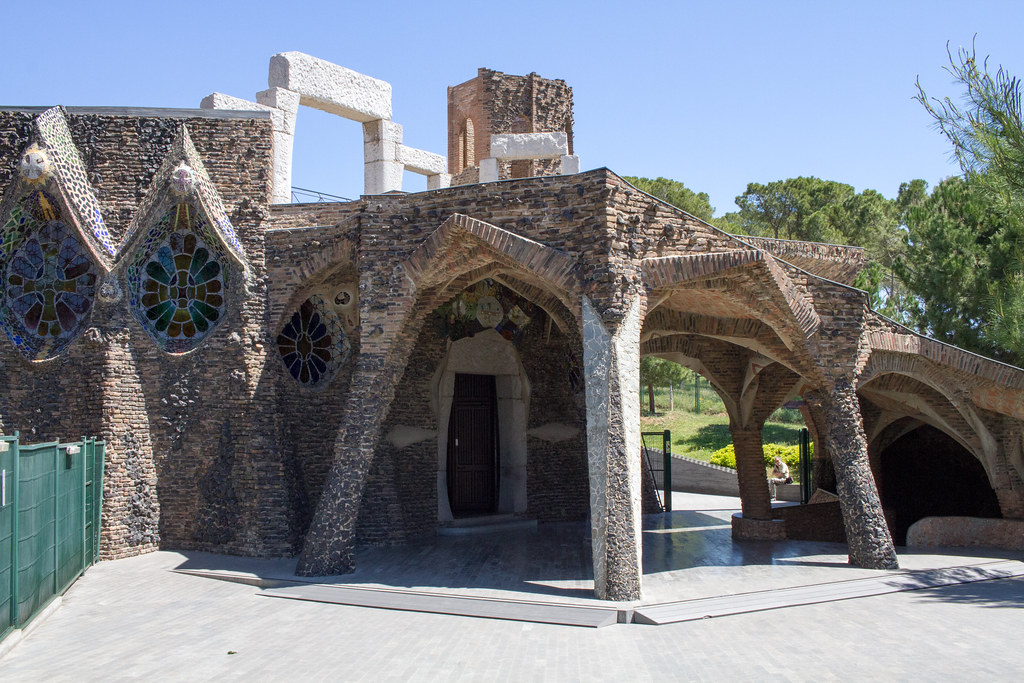 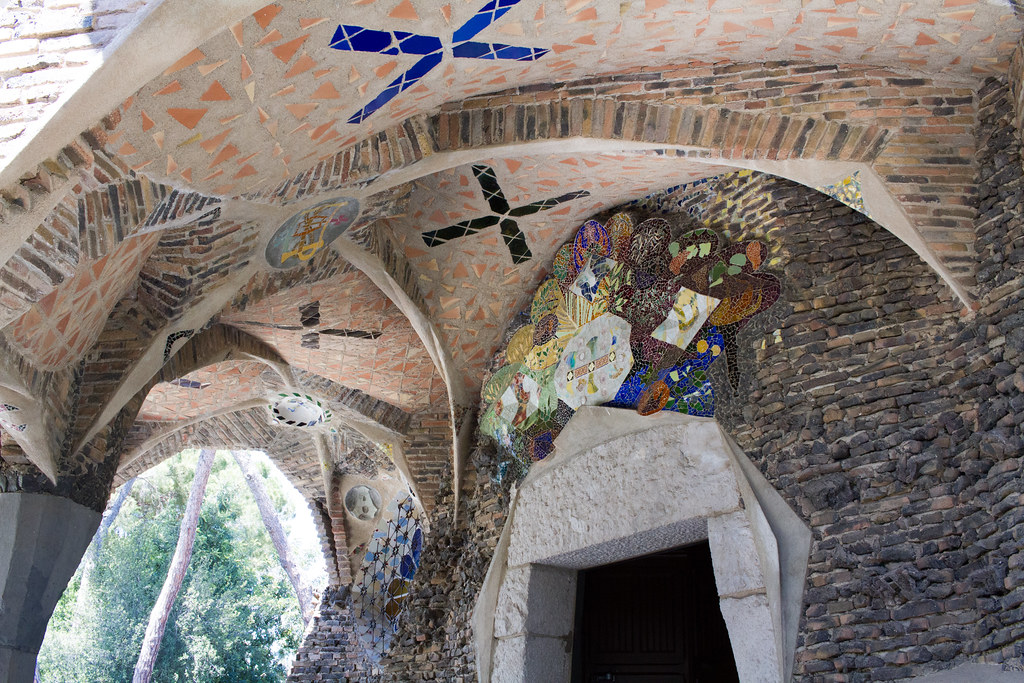 This Colonia Güell Cathedral is unfinished. The construction of this church began when Mr. Güell, a businessman who was a well-known sponsor of Gaudi, asked Gaudi to design this church as part of the construction of a planned city on this site in the suburbs of Barcelona in order to improve the social status of the employees of his factory.

Mr. Güell wanted to build these colonias not only to give his employees a living space, but also to give them a culturally and culturally rich life.

As a result, the project ended up being unfinished, but it’s still great to see some of the art that went into it. By the way, there is a theory that the reason why the completion of this church was aborted was because they were asked to design the Sagrada Familia.

Now, the inside of the building is also very Gaudi-like and gives you a strange feeling. 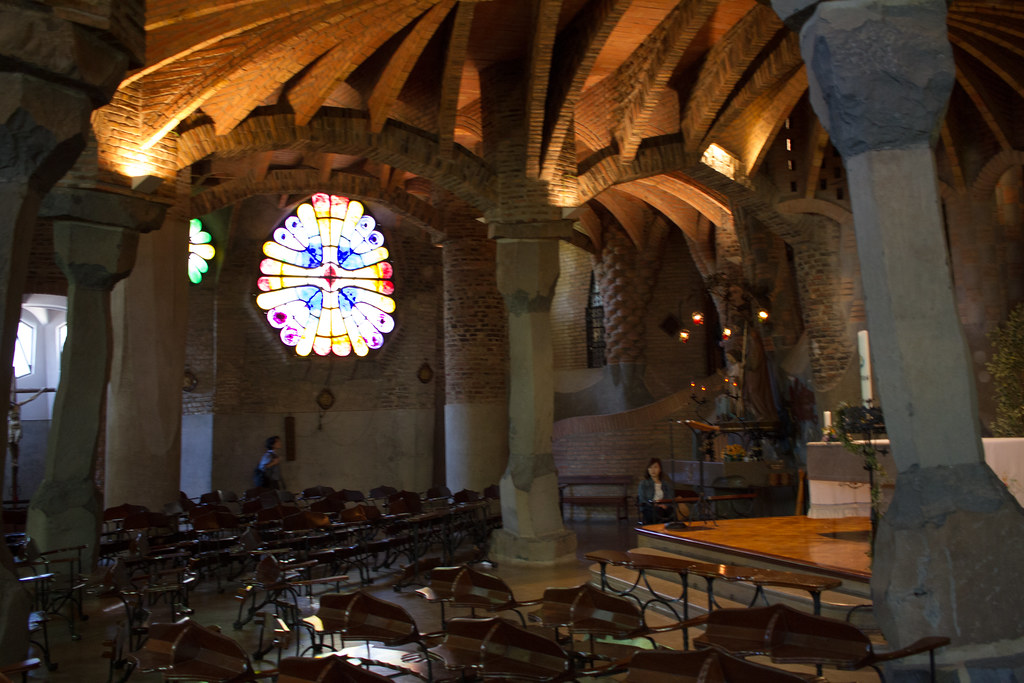 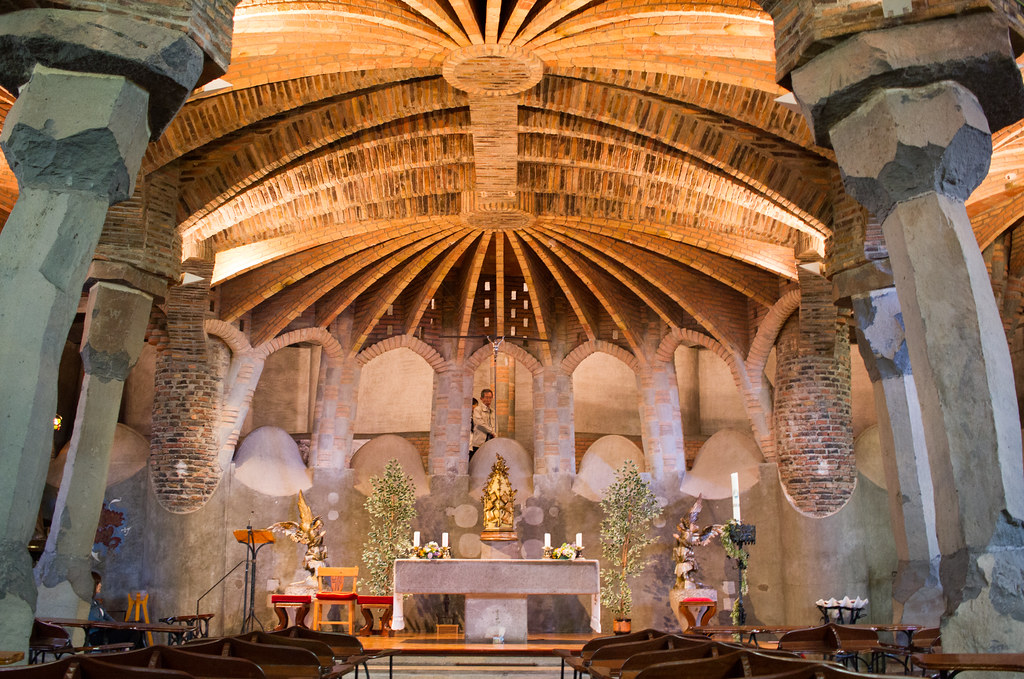 Gaudi’s architecture is abstract, deformed, and crude. At the same time, we feel its power. However, since it is an architectural structure, it is designed in a physically logical way, and the beauty of the various curves must be connected to some kind of physical geometric theory.

I don’t know the details, but there were some explanations about the relationship between Gaudi’s design and physical geometry in the museum in the basement of Sagrada Familia and the exhibits in Casa Mila and other places we visited later. If I can learn more about this area, sightseeing will be more enjoyable. I still have a lot of training to do, including language.

People often ask me why I go to Europe so many times, but it’s because I don’t have enough training like this. I want to study more and improve my education. If you want to go to Europe, you should make more effort, but I want to enjoy sightseeing purely as sightseeing.

Date of visit: May 16, 2012, around midnightWe're nearing the end of our road trip to Santiago de Compostela.O Cebreiro ...

Date and time of visit: April 25, around 8 p.m., overnightこの旅最大の目的にして、最上級の美しさ、「Vézelay（ヴェズレー）」 4月25日の宿泊地は美しい丘にそびえるこの村です。...

I’ve been doing a little research on Dresden and once again I think it’s lovely.