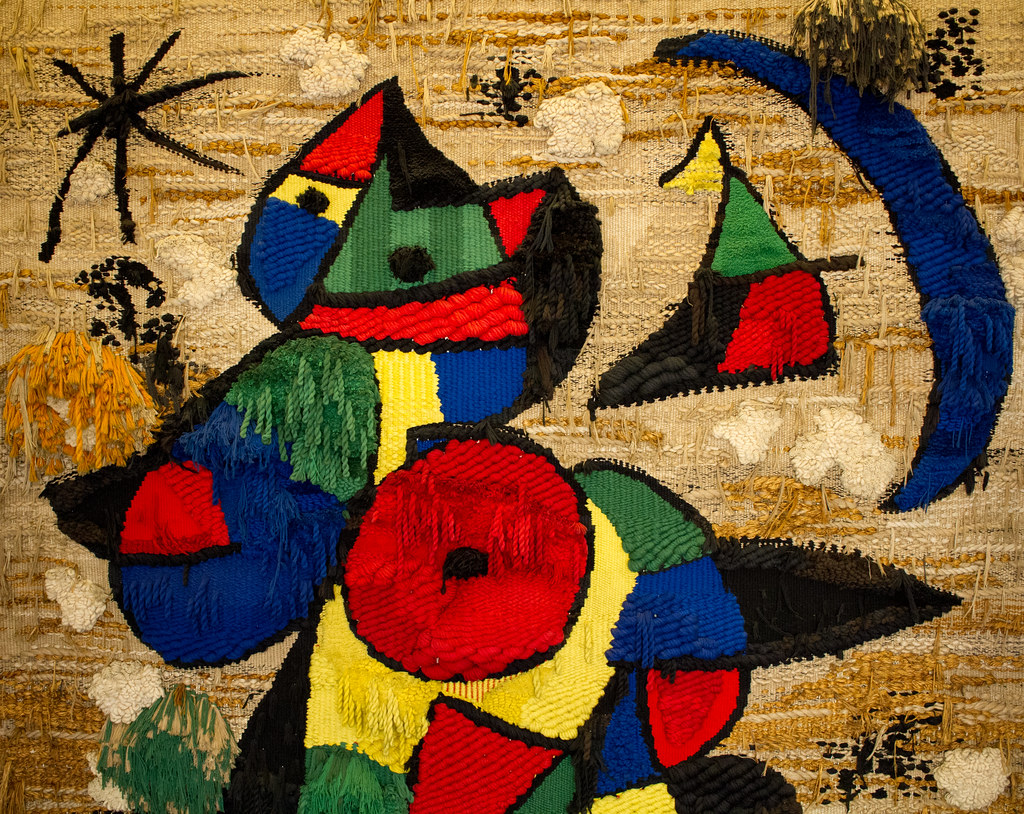 Barcelona has some of the most famous museums in the world. This time I went to two of them. Picasso Museum and Miró Museum. I visit the Picasso Museum almost every time I visit Barcelona. It is located in the corner of Gothic Quarter, which is one of the oldest part of Barcelona. It’s in a back alley, so you might get lost, but I’ve been there many times, so it’s not a problem.

This place has limited admission due to its popularity in Barcelona. When you buy a ticket, you will be asked to enter at a certain time. Fortunately, it wasn’t so crowded when we visited, so we were able to enter after a short line.

We were not allowed to take photos inside. As for the museum’s collection here, many of the works are probably from Picasso’s teenage years in Spain before he went to Paris. I think it is also one of the main features that there are many works after the World War II, after his later years, and related to his last wife, Jacqueline, and the children she had.

The Miró Museum, on the other hand, was my first visit in 12 years. Maybe because of its location on Montjuïc hill, I had not visited it on my subsequent visits. You can get there by changing from the metro to the funicular. Unfortunately, the weather was bad. 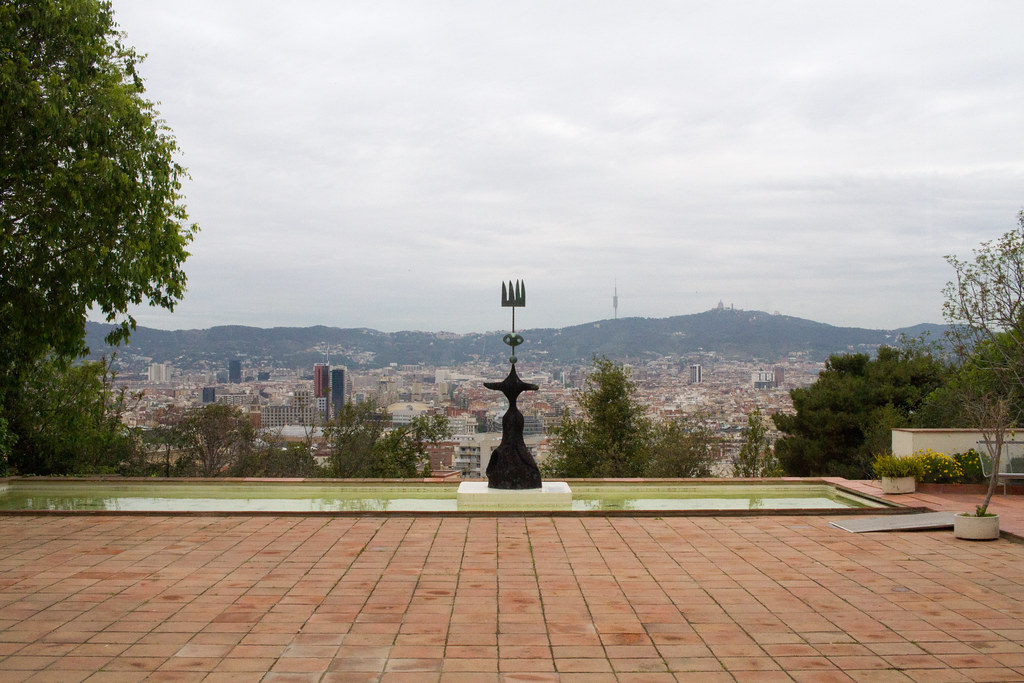 Tickets have no time limit for admission as opposed to the Picasso Museum. However, it was necessary to line up to purchase tickets.

Actually, this Miró museum is the largest private museum in the world. However, I didn’t feel that there were so many exhibits. I think it’s very interesting as a museum, because there are some realistic paintings from his early days, but there are many abstract paintings, so it was very difficult for me.

So, what to eat in Barcelona? Basically, you’ll find bars, cafes, restaurants, fast food, you name it.

What it is like, the first Spanish dish that comes to mind, Paella, is available everywhere.

Japanese people have an impression that paella is a typical dish of Spain, but in fact it is a local dish in Catalonia and Valencia on the Mediterranean side, and there are not many opportunities to eat it in so-called inland Castile and the Basque Country, except in cities.

We used the bars and cafes for lunch and after the concert at the music hall. For lunch, there were many restaurants in a rather narrow street next to Passeig de Gracia, so we used those restaurants for two days. Since we didn’t have a car to drive, we were very happy to be able to have drinks at café-restaurants during the day.

We’re going to a restaurant for the evening.

Of course, being a big city, restaurants are very plentiful. Personally, I prefer to eat in a restaurant because I like to eat well. However, I went to a concert on the first night of my arrival, so I only used a restaurant on the second night of my stay.

The quality of restaurants also seems to be on a par. It’s difficult to choose one because there are many in the city and many are out of the ordinary. We had a good dinner at this restaurant, but I didn’t feel it was very interesting because it was not Catalan cuisine but dishes from all over Spain.

For example, this is octopus Galician style. The direction is completely opposite, isn’t it? However, Barcelona, I thought seafood was delicious.

The website of the restaurant we visited (TripAdvisor) is here:.

If I have a chance to visit next time, I will research well in advance and make a reservation.

We didn’t have breakfast at the hotel, but at a nearby cafe.

Very easy choice for breakfast. We didn’t use the hotel buffet at all during our stay in Barcelona. There are plenty of cafes near the hotel where you can have breakfast.

Like in Paris and other places, in the city, I often don’t use buffets for breakfast. It’s too expensive.

Again, we traveled with a rental car, and although we used public transportation to get around Barcelona, we drove here and then returned the car to Barajas Airport in Madrid on our last day. So we parked the car in a public parking lot all the time during our stay in Barcelona.

I think the price was about 20 euros even if I used it for 3 days. I’m sorry, I forgot the exact price because it was about half a year ago, but I clearly remember the impression that it was unexpectedly cheap.

World Heritage Site: Old Town of Avila and Churches Outside the City Walls – 2012 Spain and France

Date of visit: April 23 and 24, 2016One of the objectives is to visit the World Heritage SitesFrom this issue, I would l...

I hadn't had French food since maybe a trip.I suddenly wanted to eat it, so I checked around Jiyugaoka that day and foun...