This 2016 Golden Week, our trip was focused on Spain, but we also spent one day exploring the French Basque Country. There, we visited the most beautiful villages in France, which were newly added in 2014, and I’m happy to report that we did.

Still, it’s been two and a half years since I’ve written anything in this format. Before that, I wrote here.

Moreover, this 2014, I participated in the Medoc Marathon in September, and then had some time to visit Lourdes and Pau. But this village, Navarrain, is less than an hour drive from Pau. If I had known that, I would have definitely gone there… What a bad timing!

However, I finally got my wish to visit during this 2016 GW trip. Now I am truly a compreter of visiting the most beautiful villages in France.

The village of Navarrein is located on the pilgrimage route of Saint-Jacques-de-Compostela, which is also a World Heritage Site, and on the Le Puy road, which is probably the most popular road in France. Because of this, some 12,000 pilgrims visit the village every year. It seems to have been a familiar village to pilgrims long before it was entered in the list of beautiful villages.

By the way, there is a town called « Saint-Jean-Pied-de-Port », which is also on the « Le Puy road » and is a base town for crossing the Pyrenees Mountains, which we visited before stopping here. It was also a nice town and I will report later.

It took us less than an hour from Saint-Jean-Pied-de-Port to arrive at Navarrain. We found a parking space in the central square of the village, so we parked here. There were also a few spaces outside the village where we could easily park. It can be said that there is no difficulty in parking. 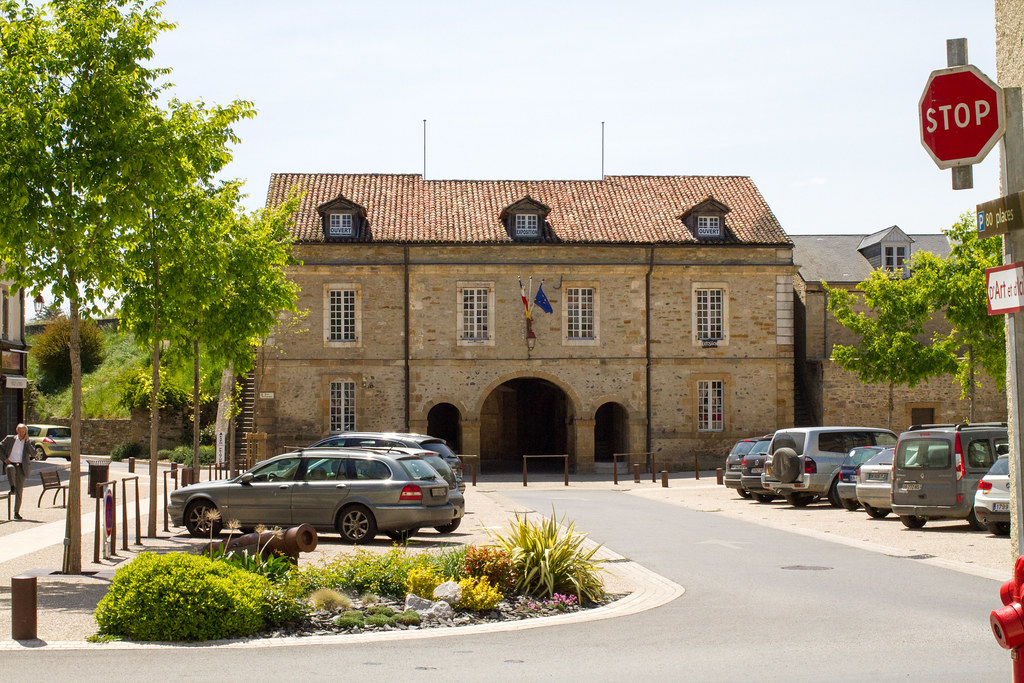 There is a tourist information center in this central square, and it is pretty solid. When we arrived, it was past 13:00, and it was closed for lunch, but we dropped in on our way back when it opened again at 14:00. The info person was a solid young woman who also spoke English.

In addition, the official guidebook of the beautiful village was also sold here. I bought it for the first time in about five years. It has become much cooler. 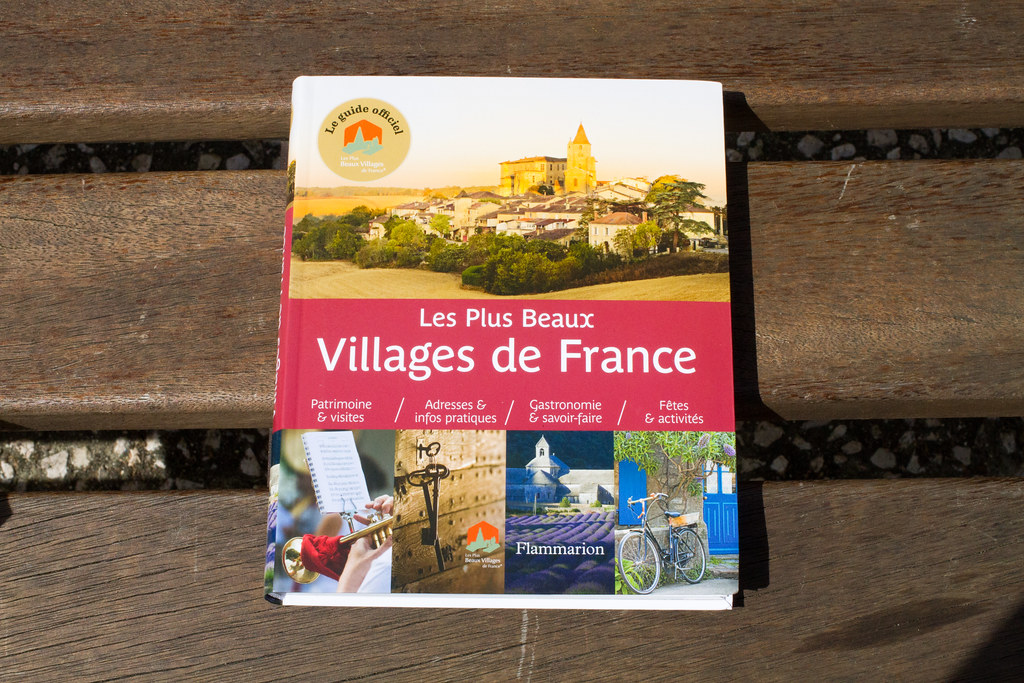 They seem to put a lot of effort into tourism. As a proof of that, the official website of the village is very solid and fashionable than other beautiful villages in France.

The village of Navarrein is a so-called « bastide » village, which is common in southwest France. 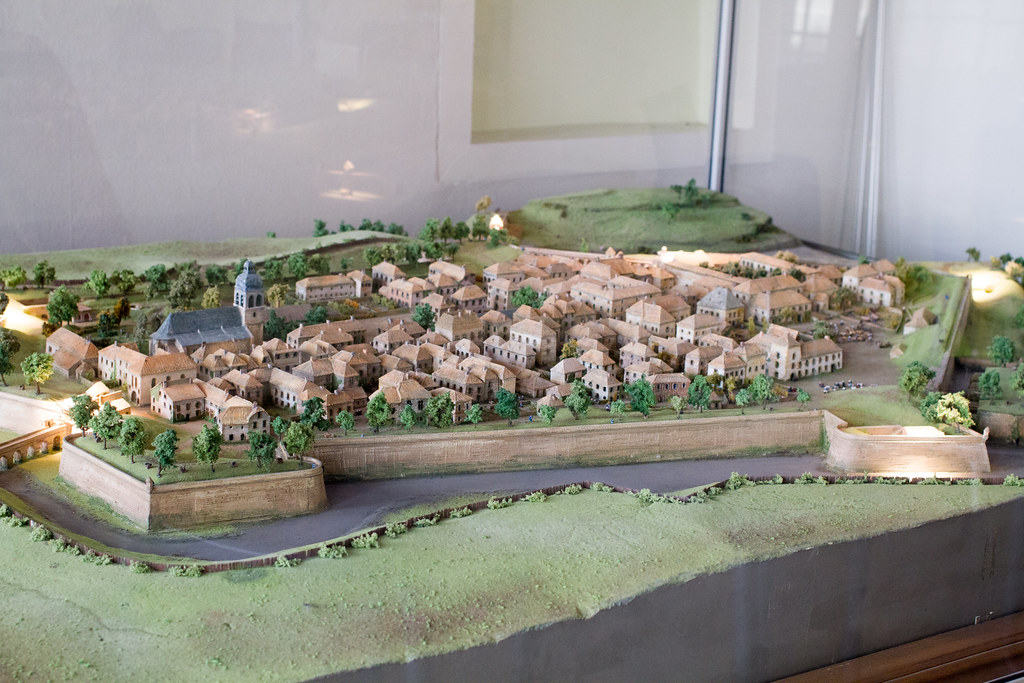 Now, about the scenery of the town, the buildings and so on were certainly designed in a lovely French style, but they were a bit too much in line with modern life, or perhaps I didn’t feel very old. Also, the cobblestone streets that you see in many small villages in Europe were almost gone, and many roads in the village were asphalted, which gave me a bit of a disappointing impression. 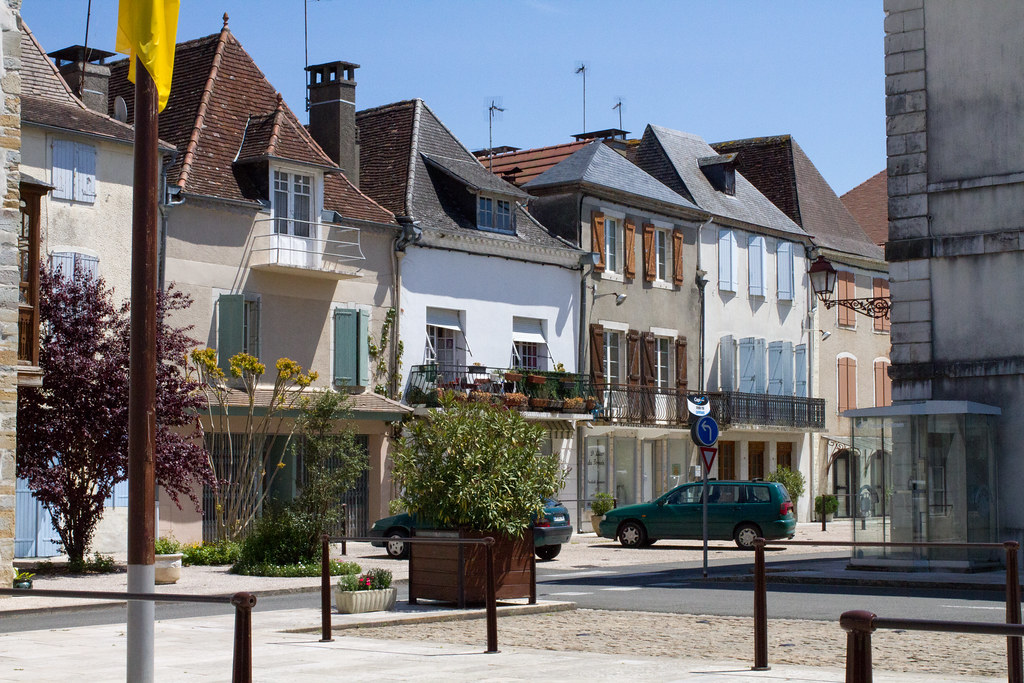 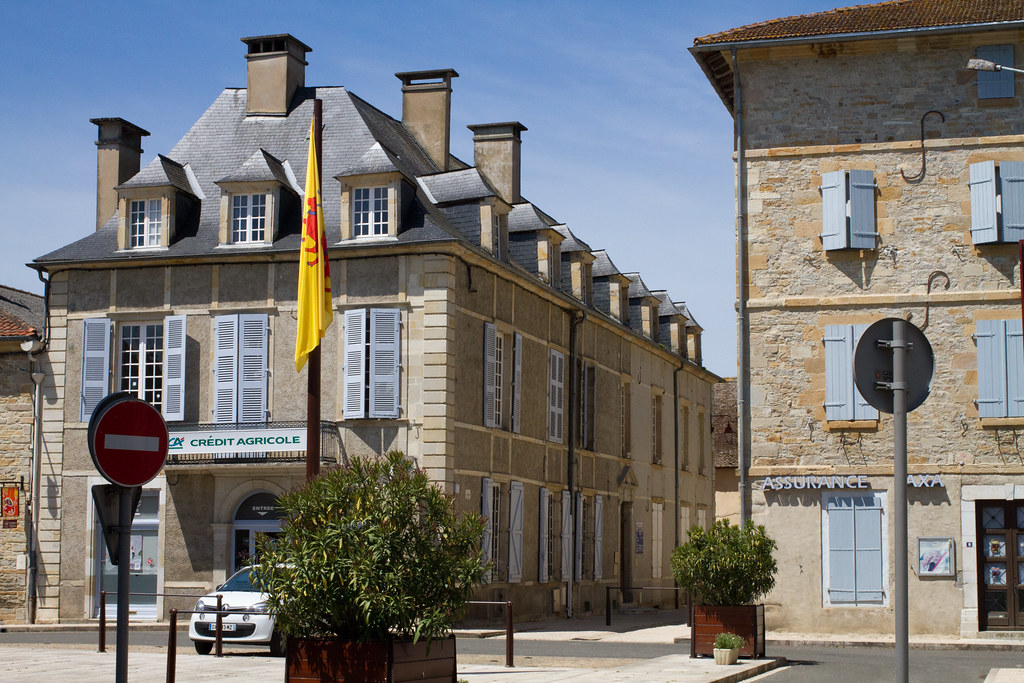 Of course, there is a church in the center of the village. It’s called « Saint-Germain Church ». 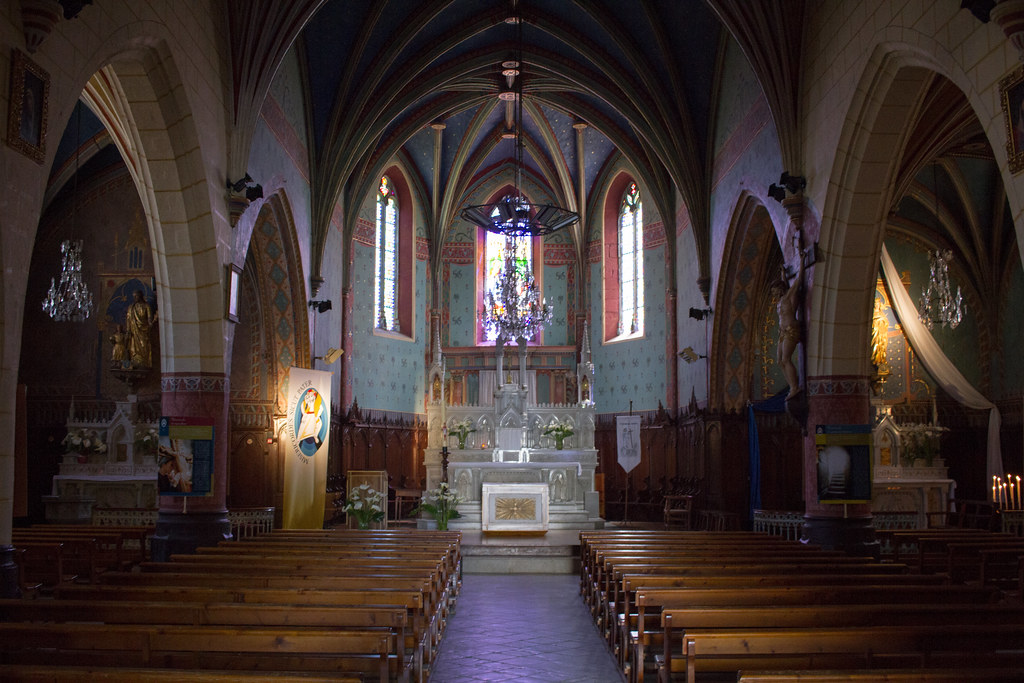 And, as I have mentioned on this blog from time to time, there was a « memorial to the children who were killed in the First World War » in front of the church, as in other beautiful villages t 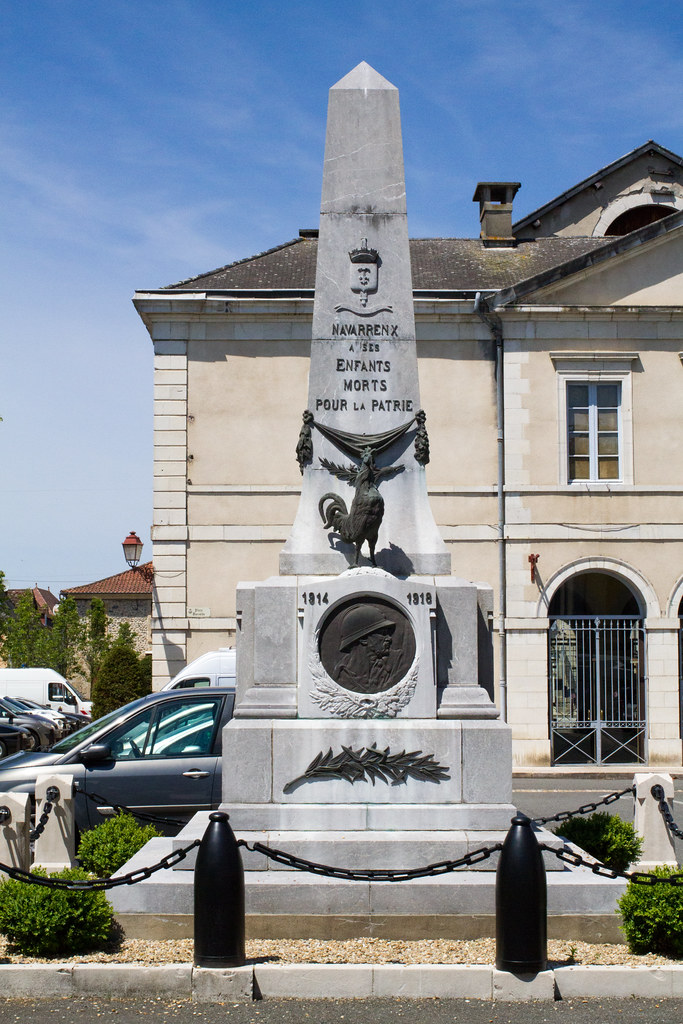 By the way, I didn’t see this monument so much in Spain. Maybe it is peculiar to France.

And as it is a village on the pilgrimage route of St. Jacques de Compostela, there were shops and signs related to it all over the village. We were also able to find some accommodations. 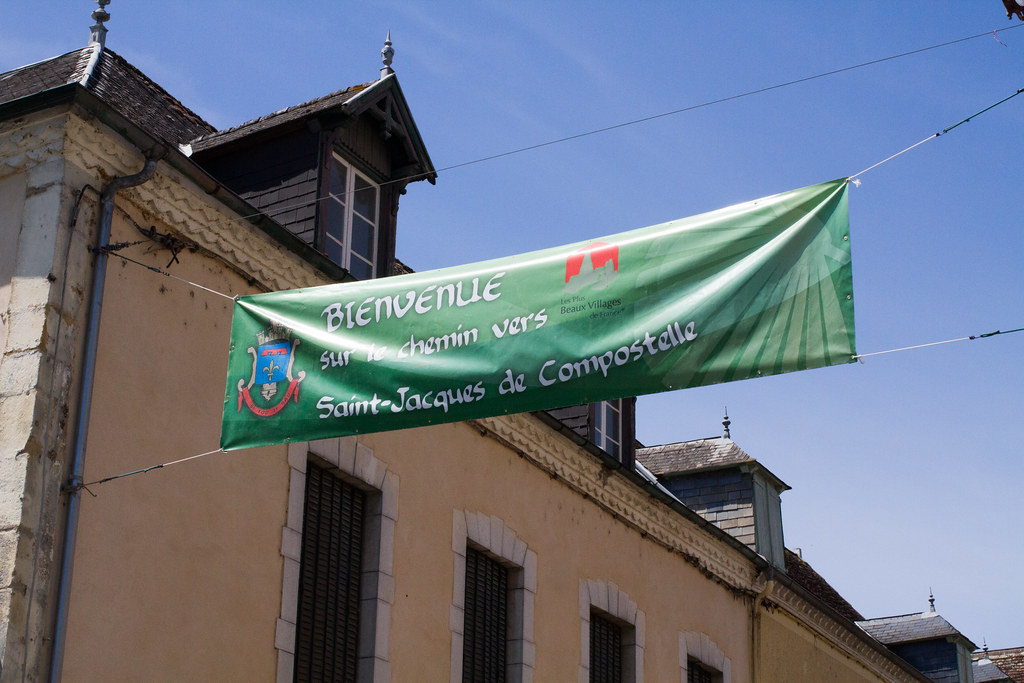 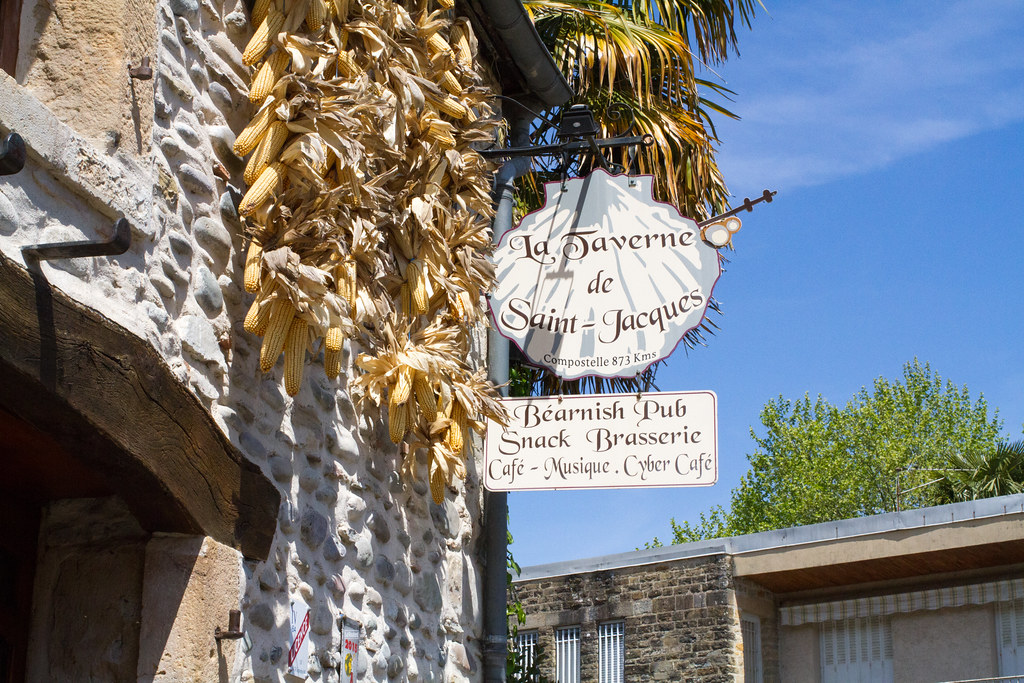 By the way, the distance to the goal is as you can see. It’s still long…. It seems to take a very long time even by car. 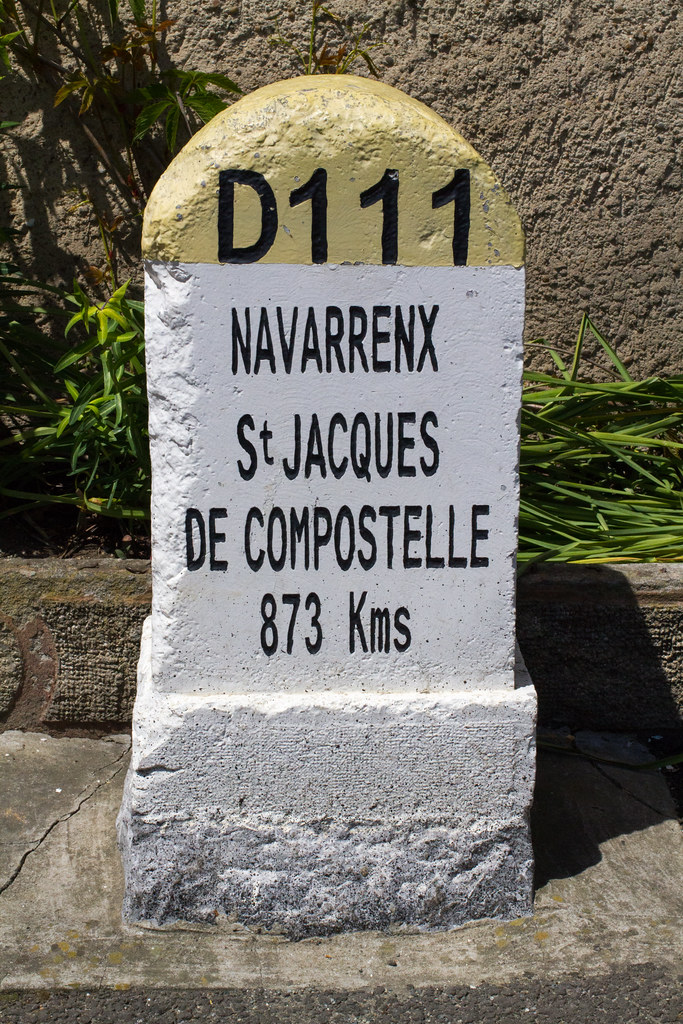 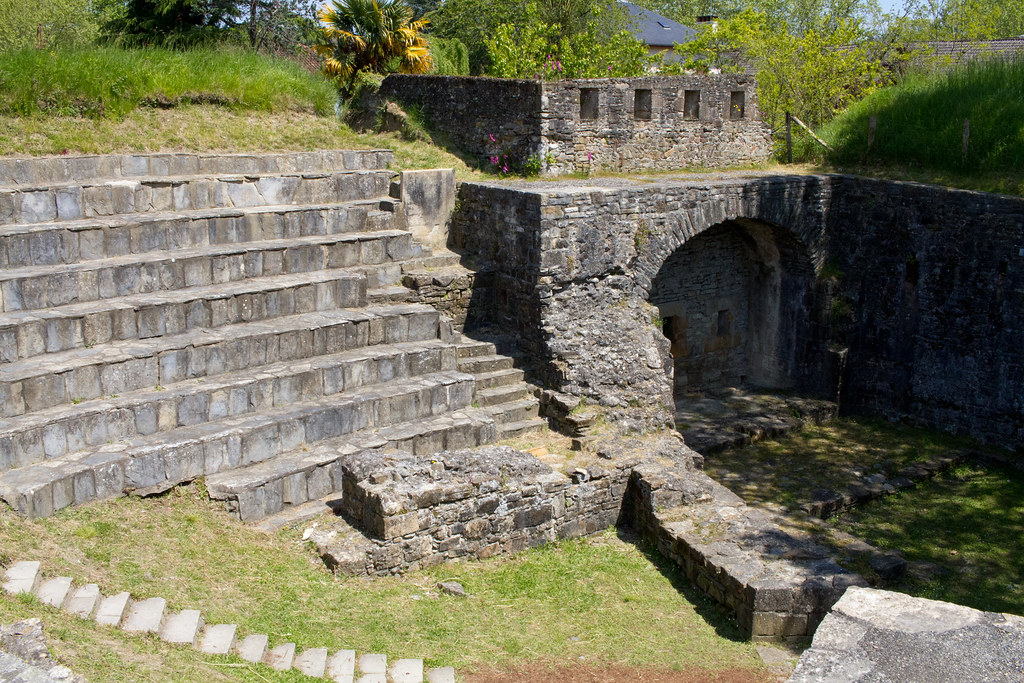 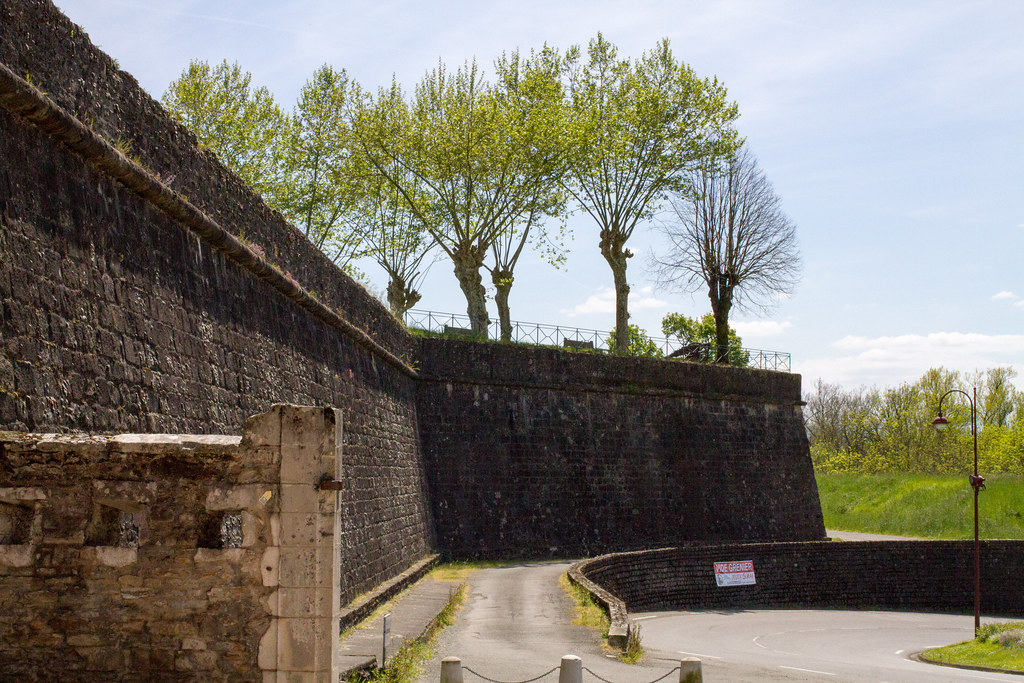 The entrance gate of the village is called « Porte Saint Antoine ». It is very magnificent. 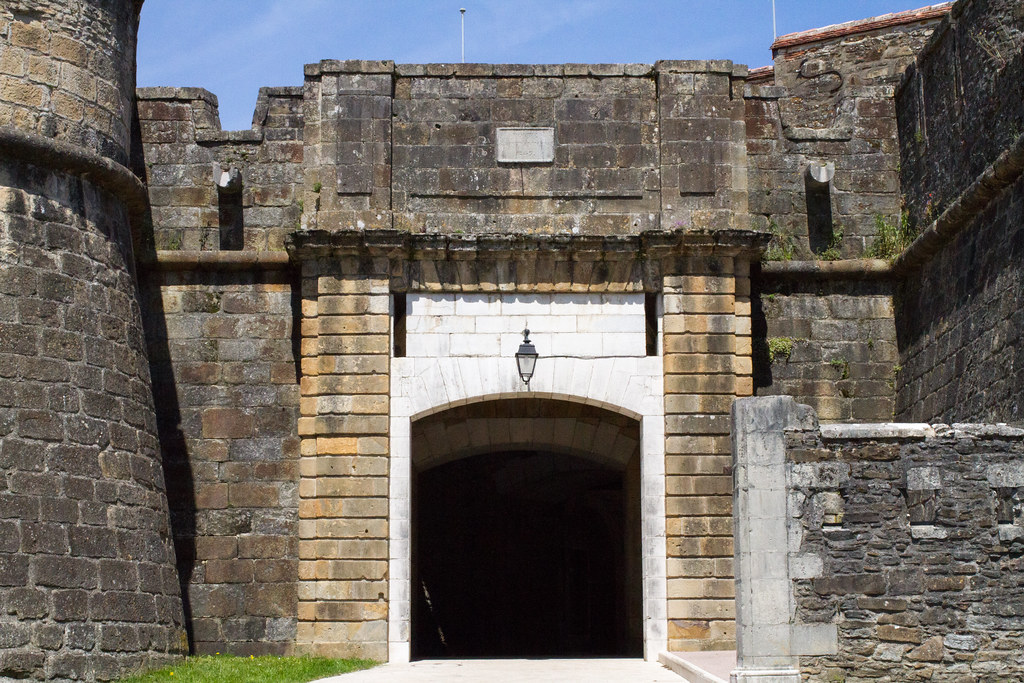 On the inside of the gate, there is a plaque saying that the composer Liszt came here in 1828. 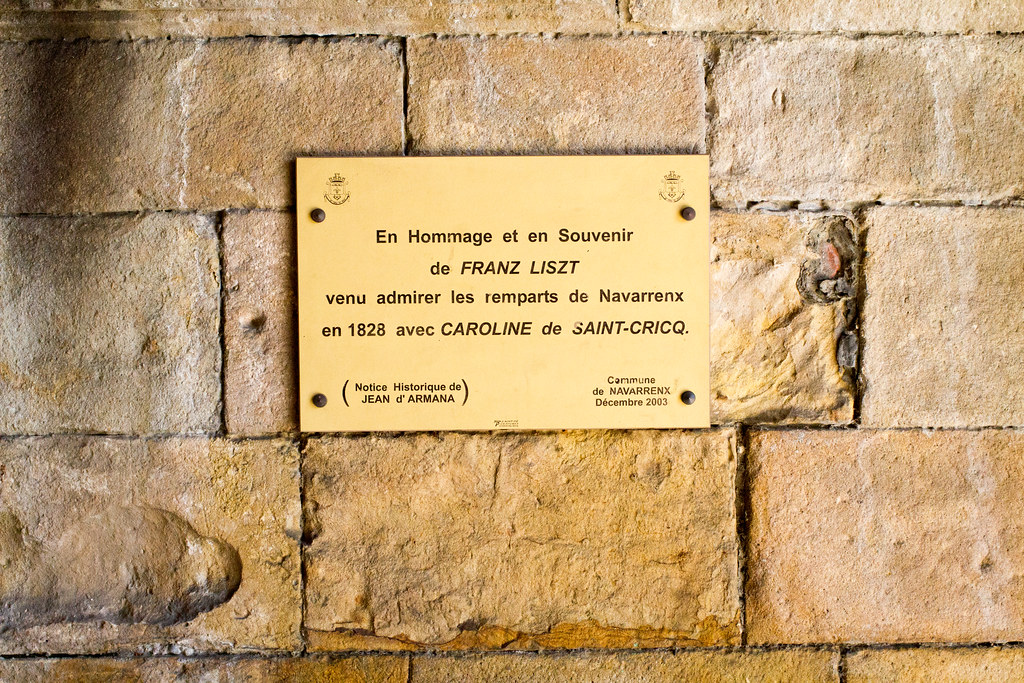 And finally, the sightseeing ends with a view of the bridge that pilgrims cross through this gate. 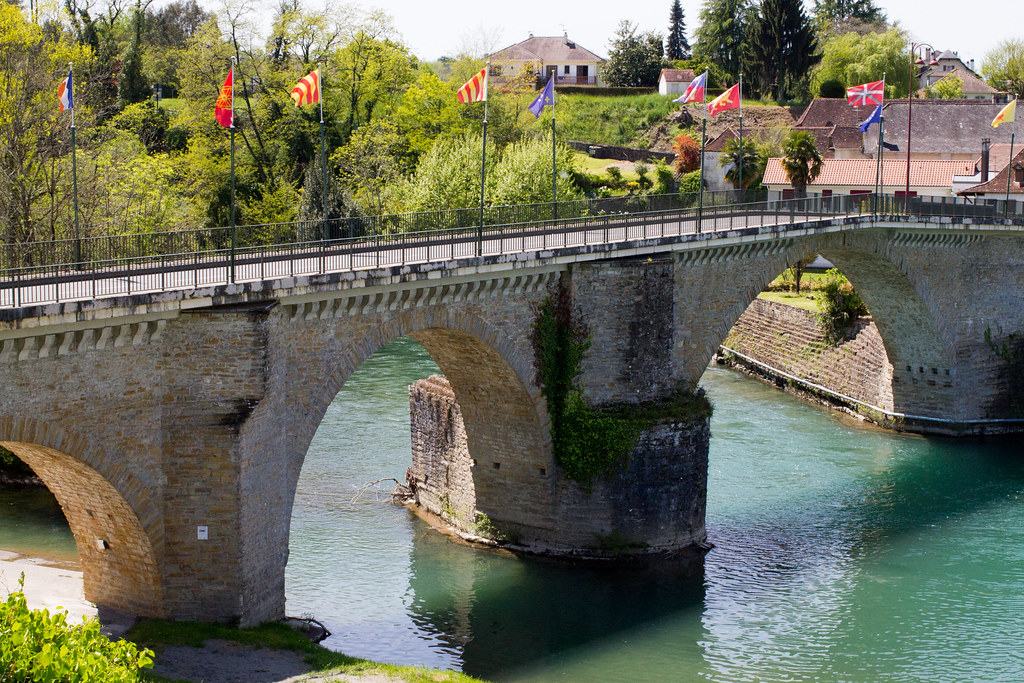 It took us about 40 minutes to walk slowly around the village. It was a good time. The most beautiful villages in France are selected by the condition of « less than 2,000 inhabitants », so it is very nice to walk around in a short time compared to the beautiful villages in Spain and Italy. Spain (I’ll upload more in the future!) ) and Italy don’t have this restriction, so they are a bit too big and take a long time to visit. I think France is the right scale.

この1ヶ月あまりヨーロッパドライブに関しての交流が3件ほど続いたので綴っておきます。europe driving | my lifelog yuu-koma.jp contact from a couple we met in a bea...

On the 12th of May, the weather was not so good, but we visited 6 beautiful villages, the biggest of the trip. All of th...