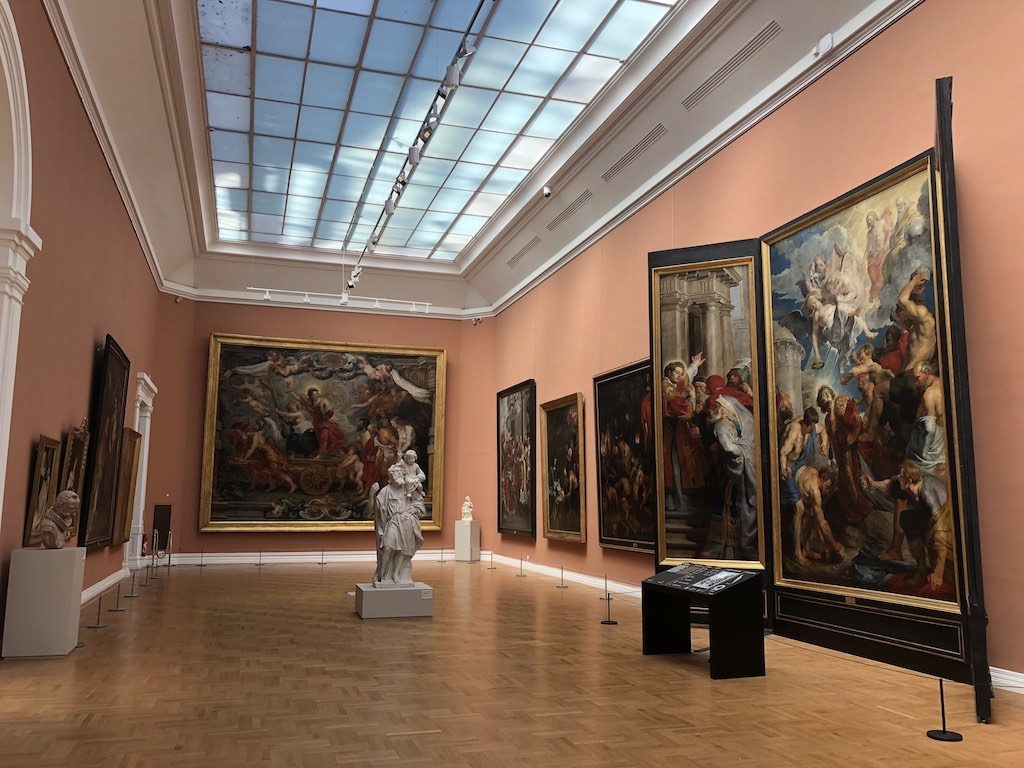 Although this trip was short, it was a very fulfilling trip. The weather was perfect, with not a cloud in the sky from start to finish.

On this day, we were heading from Ostend, a resort town in Belgium, to the French territory again. The first destination of the day was Paris-Roubaix, which is famous for the classic bicycle race, and when I visited the famous cobblestone route (Pavé d’Arenberg), I happened to find the « Valenciennes Museum ». When I was looking at the information signboard introducing tourist attractions in the Nord region at the entrance of that pavé, I found out that there is a museum in Valenciennes, a town about 15 minutes away from this pavé. I had a little more time on my hands that day, so I decided to drop in.

Check the location on the map. It is almost near the border of Belgium.

Here’s a brief history of the town, though it’s mostly excerpts from Wikipedia information.

The first recorded mention of the city in human history dates back to the 7th century, when it was named Valentiana in a book written during the reign of the Frankish king Clovis II. After the Treaty of Verdun in 843 (see below), it became a neutral city on the border between Neustria and Austrasia. It was briefly uniformed by the Normans, but in 923 it was handed over to the Duchy of Lotharingia, which was independent of the Holy Roman Empire. The medieval period that followed saw the city flourish as a market centre on the borders of the Empire.

What is the Treaty of Verdun?

We only visited the museum, but I wish we could have had more time to visit the central square, the town hall, and the church, which were beautiful and reminded us of Flemish culture. I wish I could have spent more time there.

Museums and their history

The official website can be found here. It seems to be in French only. 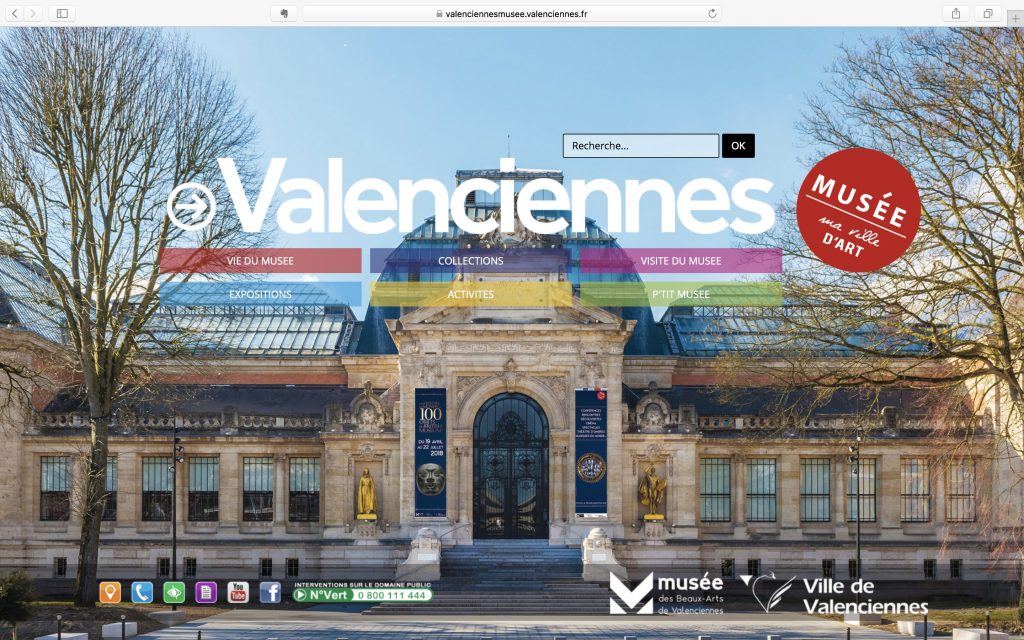 From what I understand from reading the official website, this museum is different from other museums in France (locally called Musée des beaux-arts de …). Most of the museums throughout France were originally private collections of the French royal family, which became the property of the people after the French Revolution, and were displayed in the residences of royalty and nobility and opened to the general public. However, this museum in Valenciennes is not like that. It was originally a local art school, but on August 11, 1801, the school’s collection was opened to the public as « musée de la Ville ».

The museum’s collection consists mainly of paintings and sculptures by artists active in Flanders and France. In addition, some of the works on display have been commissioned by the Louvre Museum in Paris. The major works currently on display appear to have been added to the museum’s collection after the Second World War. All the details are in French, but you can find photos of the works on the official website. 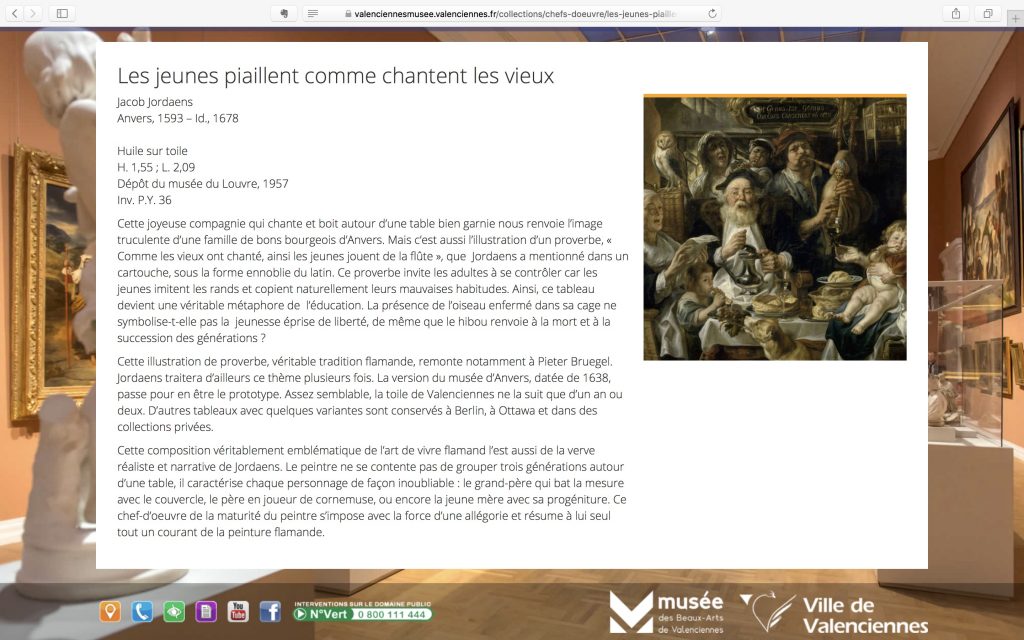 The best place to see is « Triptyque de saint Étienne » by Rubens. It is very big and powerful. 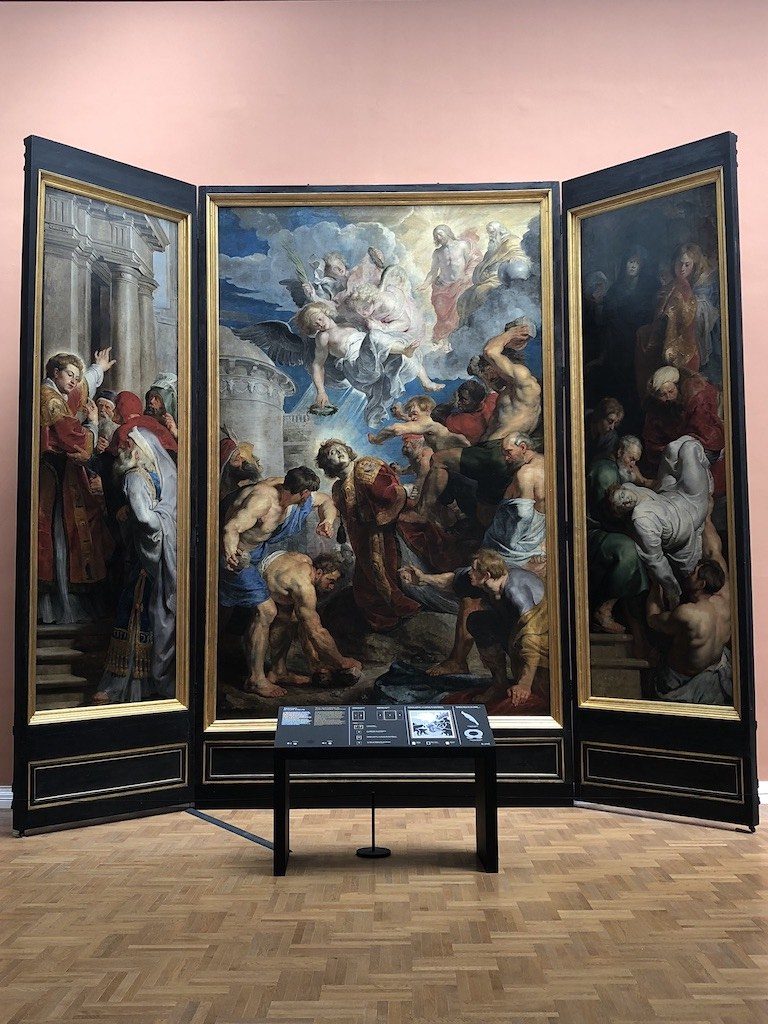 In the museum, there are some panels with explanations of the works. But I think they are only in French. 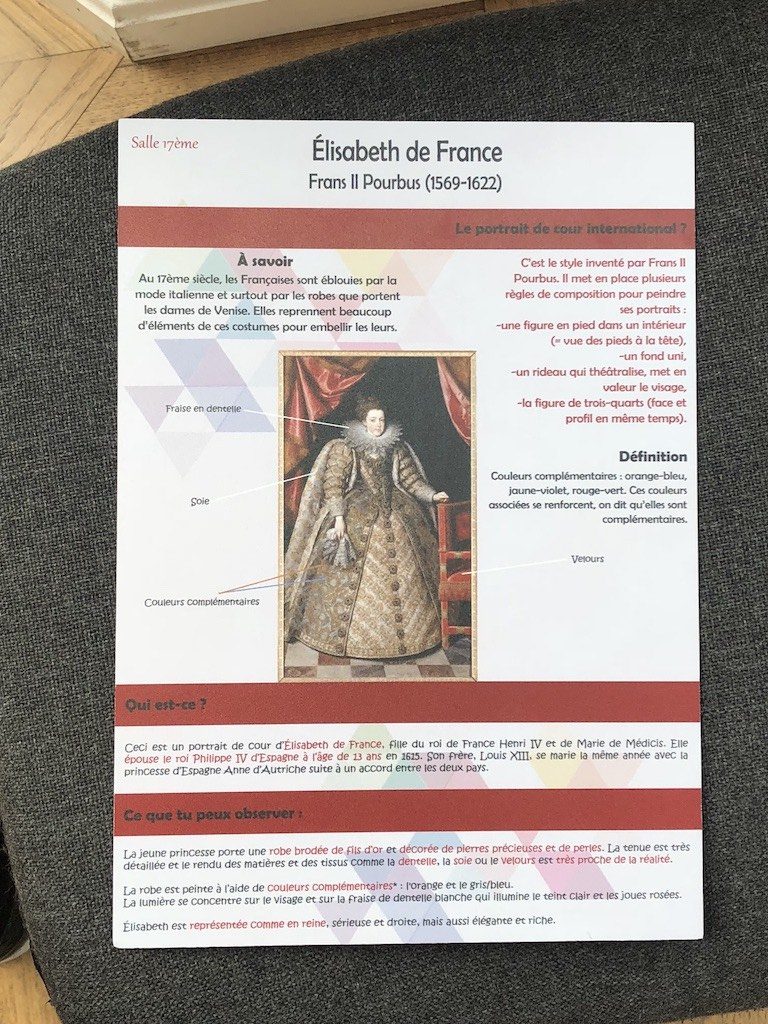 Also, I personally love French sculpture, and of course there were exhibits of this genre. Many of them were displayed in the central room of this museum. 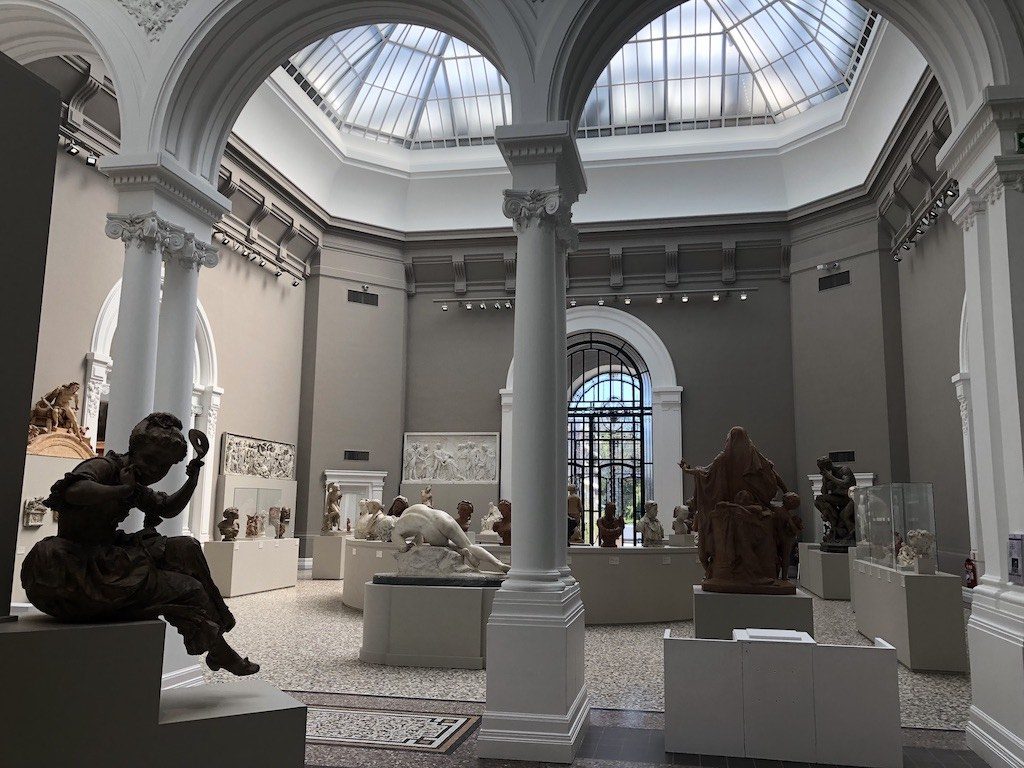 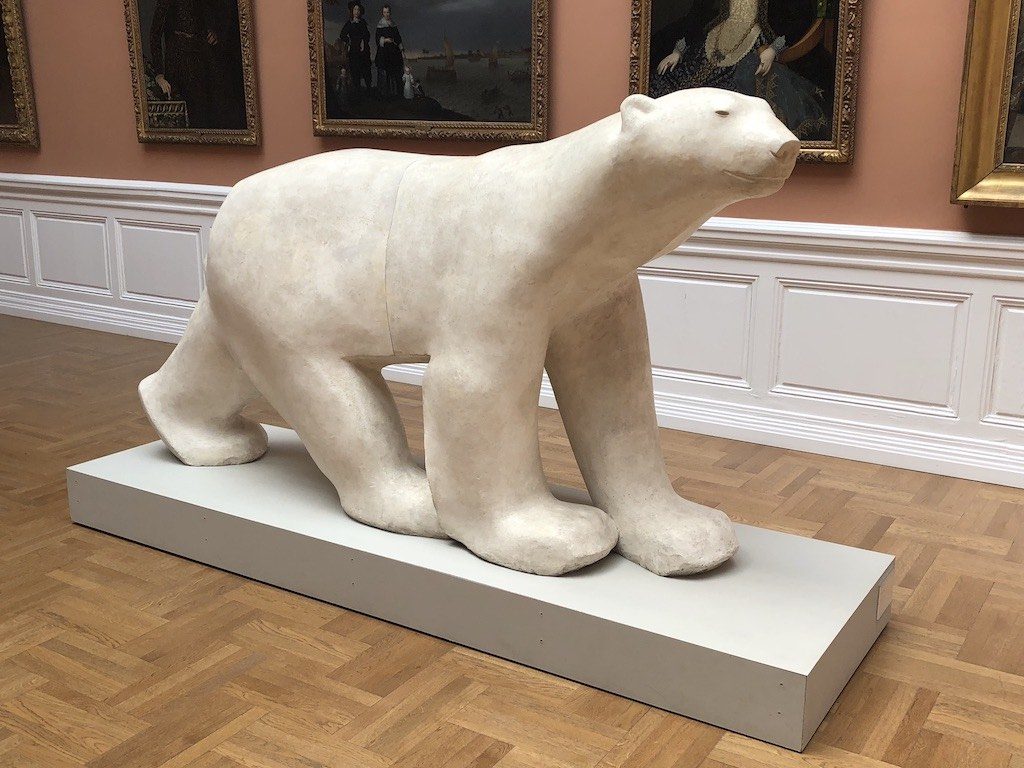 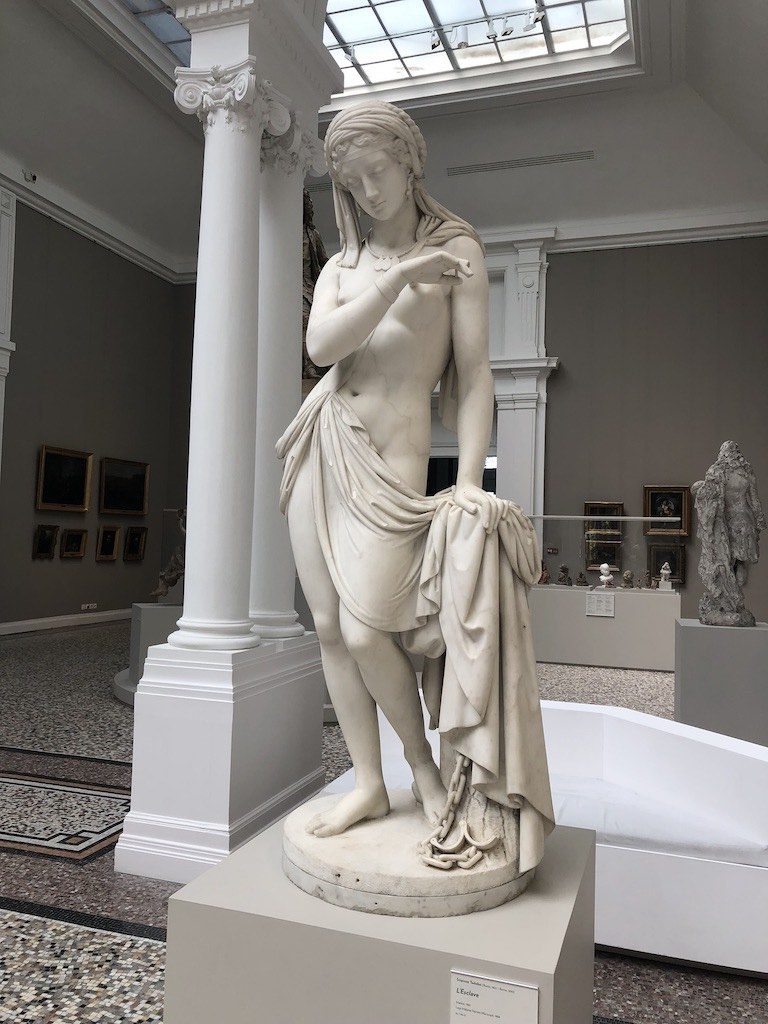 There was also a detailed explanation about the sculpture on the official website.

Amongst other things, this is where you will find the work of the local Valenciennes-born 19th century sculptor Ernest-Eugène Hiolle. He won the grand prize at a sculpture contest in Rome in 1852. ) in Rome in 1852.

Narcisse », one of his masterpieces, is displayed in the middle of the central hall. 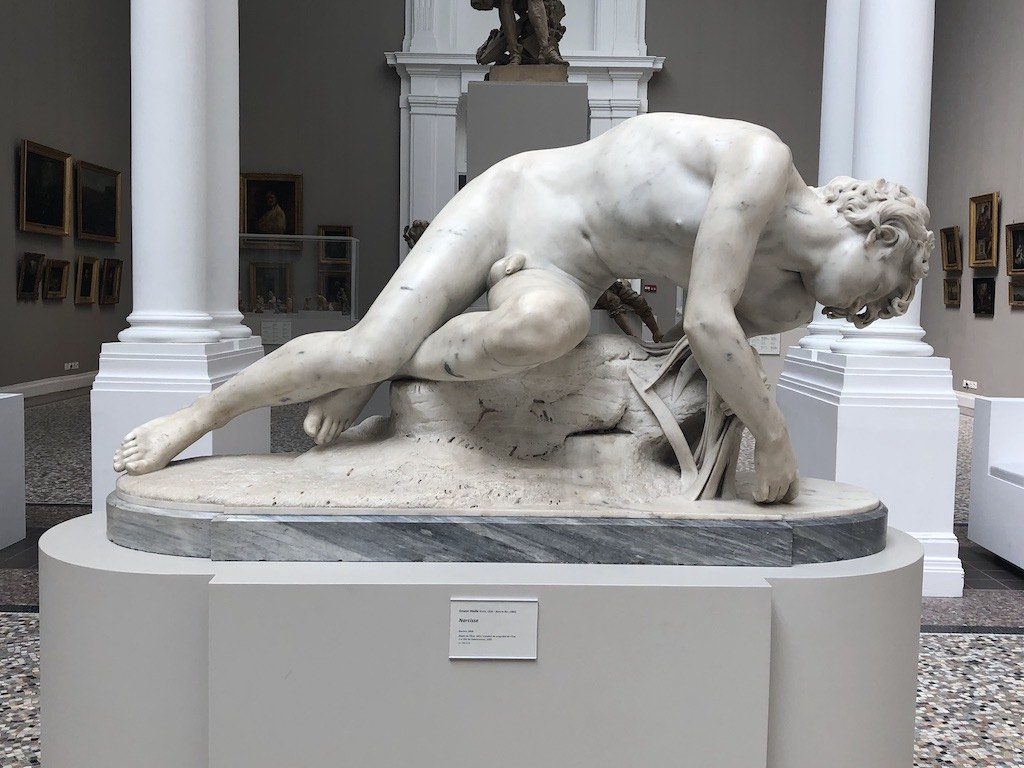 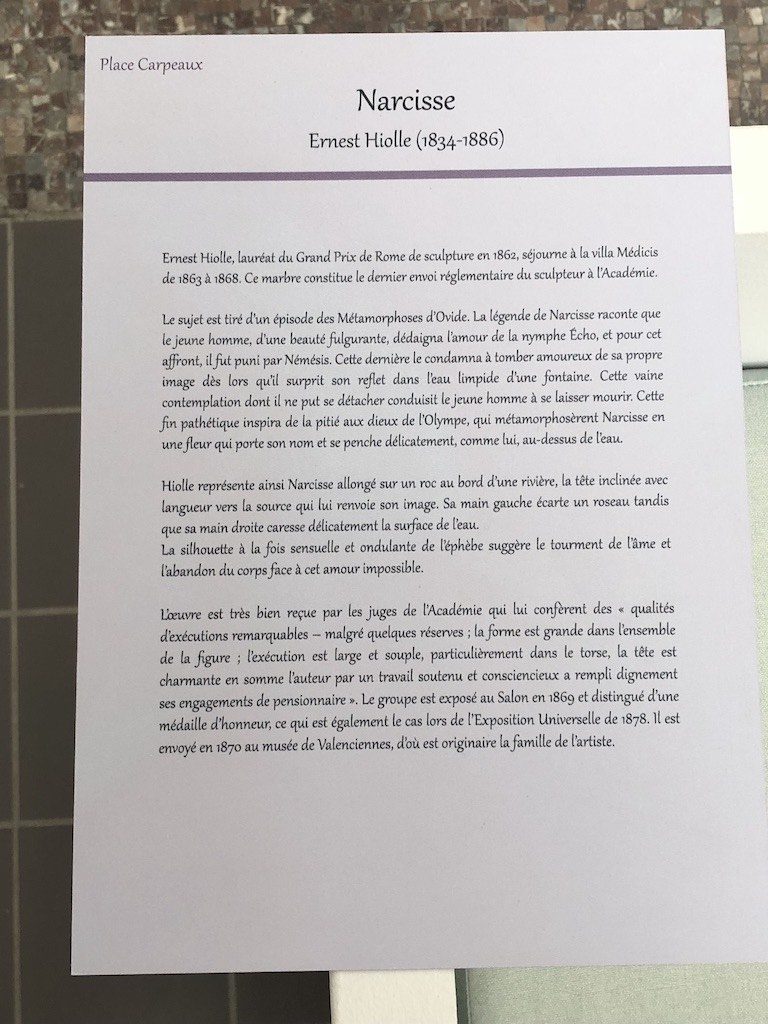 Iole’s works can be seen at the Musée d’Orsay in Paris and at a museum in Lille, northern France.

Date of visit: May 19, 2013, around 4:00 p.m.It's been five years since I first conceived the idea, and four years since...
current status
May 2018 France Excursion Record: Museum Tour Part 3, Louvre Branch in Reims
Page d’accueil
May 2018 France small travel record
タイトルとURLをコピーしました