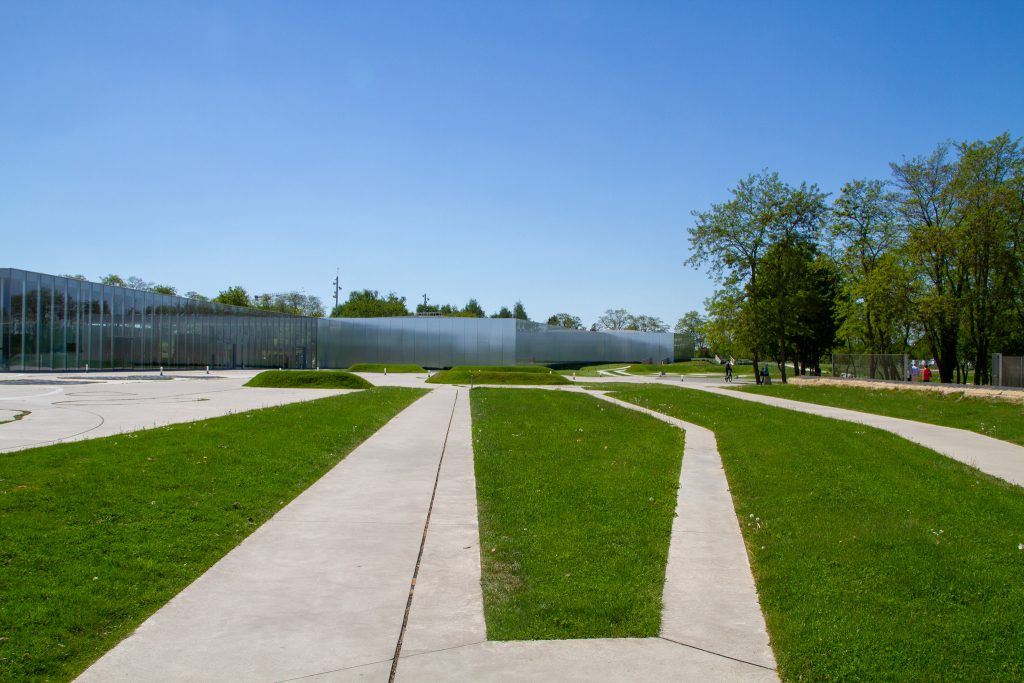 One of the big attractions of France is that no matter what kind of provincial town you are in, there is always a museum of some kind. And this is one of the main reasons why I travel around Europe.

Annex of the Louvre Museum in Northern France

This time I’ll introduce you to the Louvre Annexe Louvre-Rance in Reims, Northern France, a relatively new museum built in 2012.

I’ve been wanting to visit this museum for a long time, but I haven’t had a chance to visit Northern France since I’ve been traveling around beautiful villages in France for the past few years. This time, my wish finally came true.

The idea of building an annex to the Louvre on this site was announced in 2004 by the then Prime Minister, Jean-Pierre Raffarin. Eight years later, in December 2012, it was opened to the public.

Is the city of Lens actually a World Heritage Site?

First of all, I’d like to briefly introduce the city of Reims, where the annex of the Louvre Museum is located. If you write the word « Reims » in katakana, you may think of Reims, the central city of the Champagne region, but it is completely different.

And I heard that Reims here is actually selected as a World Heritage Site. Strictly speaking, this whole area of Northern France including Reims is selected. Because this area used to be one of the largest coal mines in Europe. The scale of the mines was second only to that of the Ruhr region, which was the largest in Europe at that time. 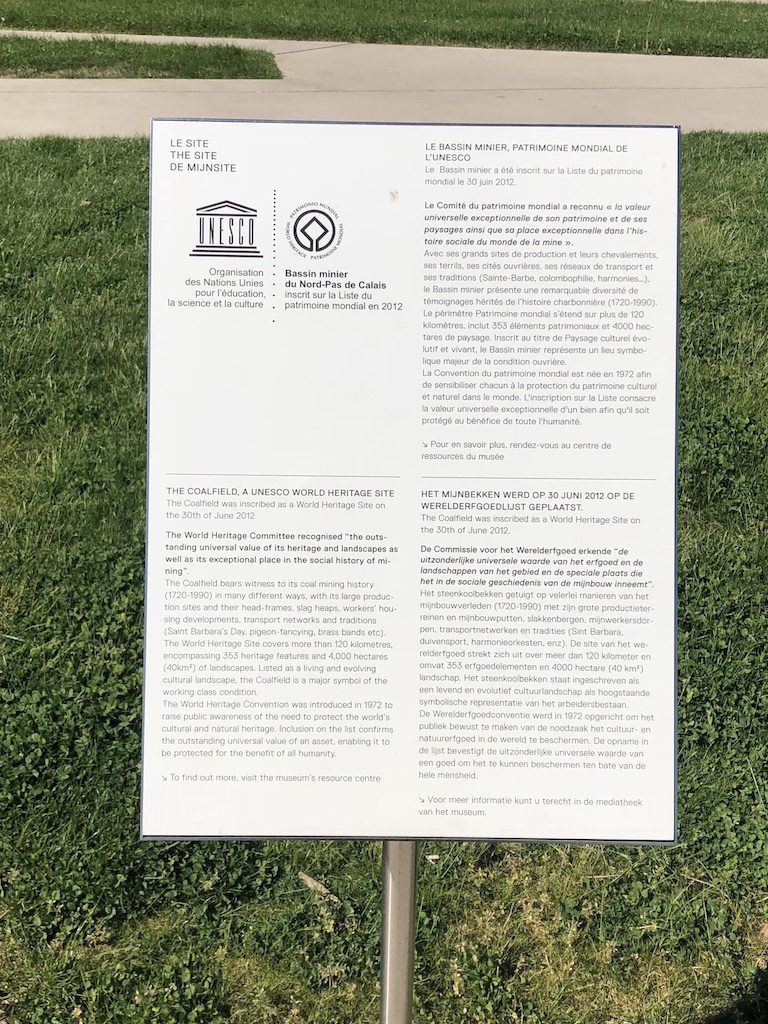 The Louvre Museum in Reims was created by making good use of a mining area that had been left untouched. The road from the outer gate to the entrance of the museum seems to be a remodeling of the old railway line that used to connect the coal fields to the station for transporting coal. 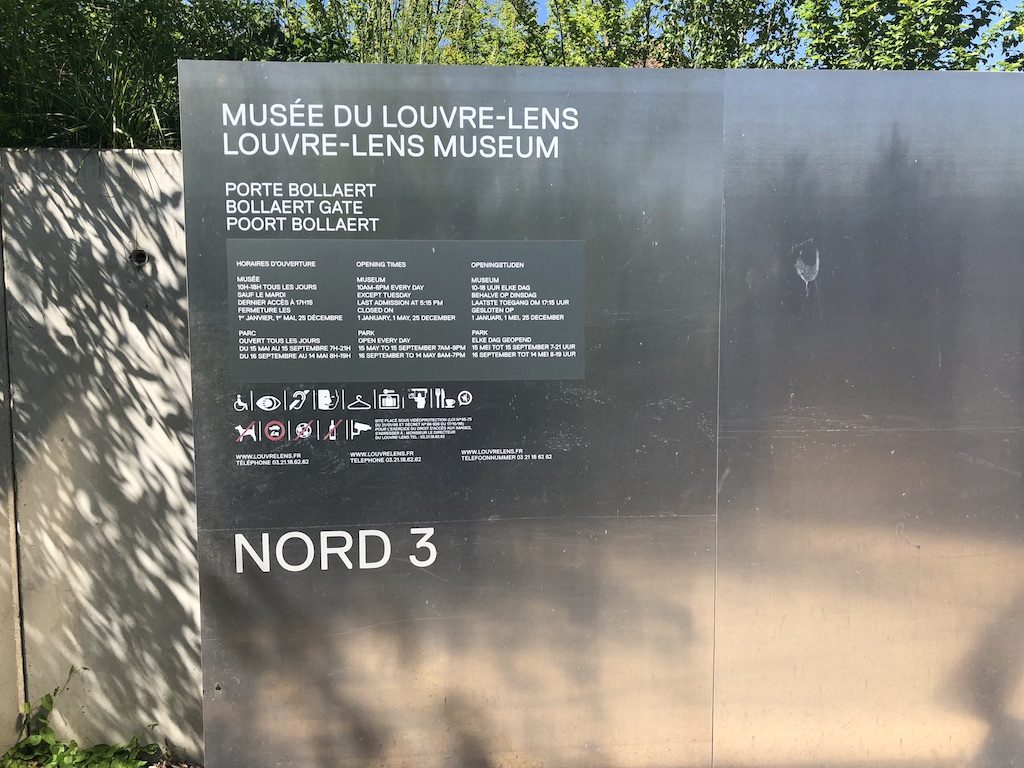 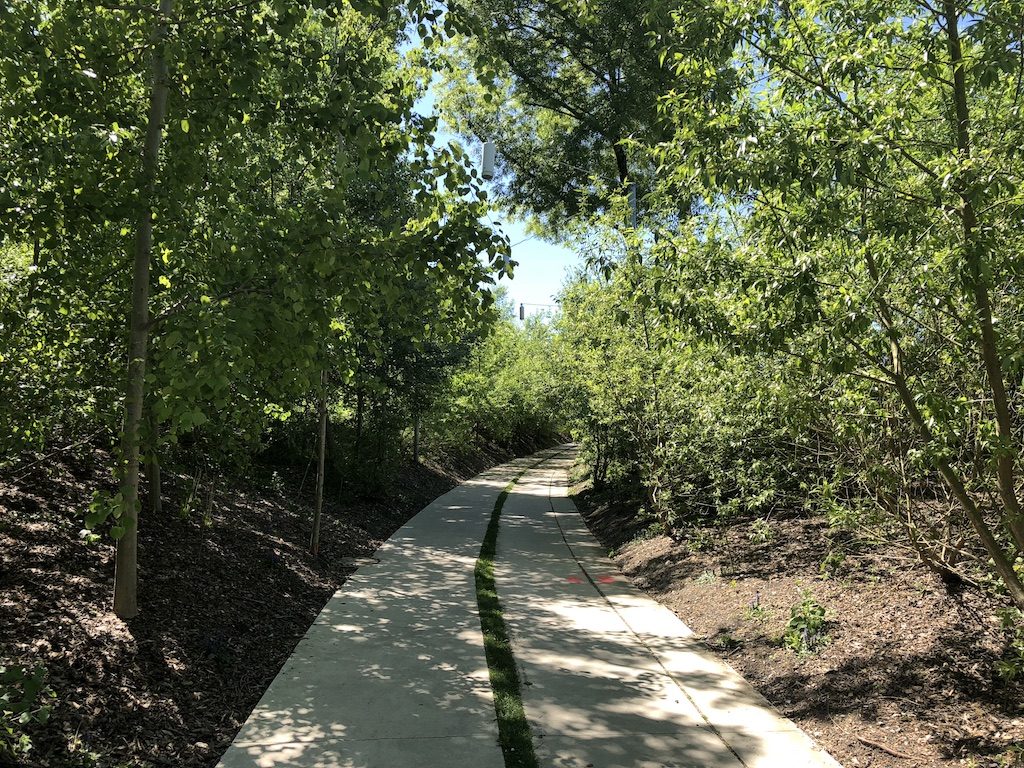 By the way, there was another coal mining facility near Pavé d’Arenberg, which we visited in the morning of this day.

The parking facilities were excellent. You can see the place where I parked. As you can see in the picture, it was almost only me, but actually there were several cars parked in the shaded area.

It’s a rural area and it’s a weekday, so it’s natural that it’s empty. There seem to be several parking lots. It took me about 5 minutes to get to the museum from this place where I parked. 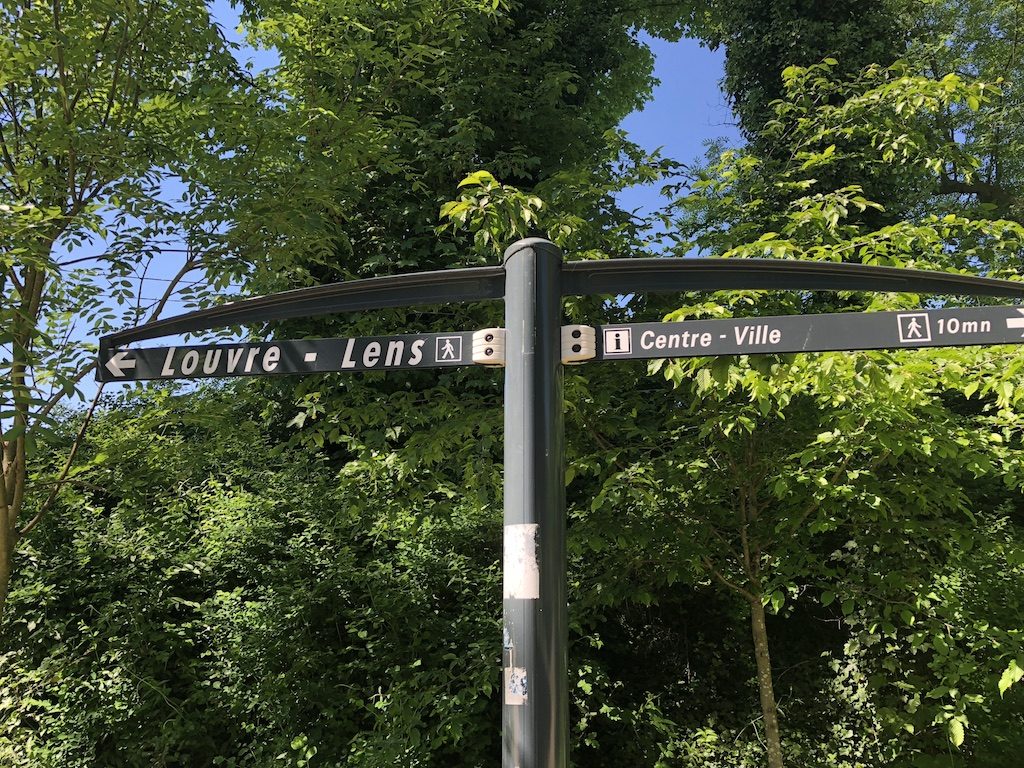 After entering the city of Reims, I didn’t rely on Google Maps, but found this parking lot by looking at the signs on the street, and it seems that I could park right near the museum.

It is also accessible by public transport. According to the information on the official website, there is a free bus service from Reims Central Station.

The Louvre Reims building was designed by Japanese architects Kazuyo Sejima and Ryue Nishizawa. They are working as a unit called SANAA (Sejima and Nishizawa and Associates), which was chosen from 124 candidates, according to the official website.

The inside of the building. A transparent and clean interior. Of course there’s a museum shop, but there’s also a stylish cafe, a restaurant, and a library. I think there was also a library where you can look up documents and read them. 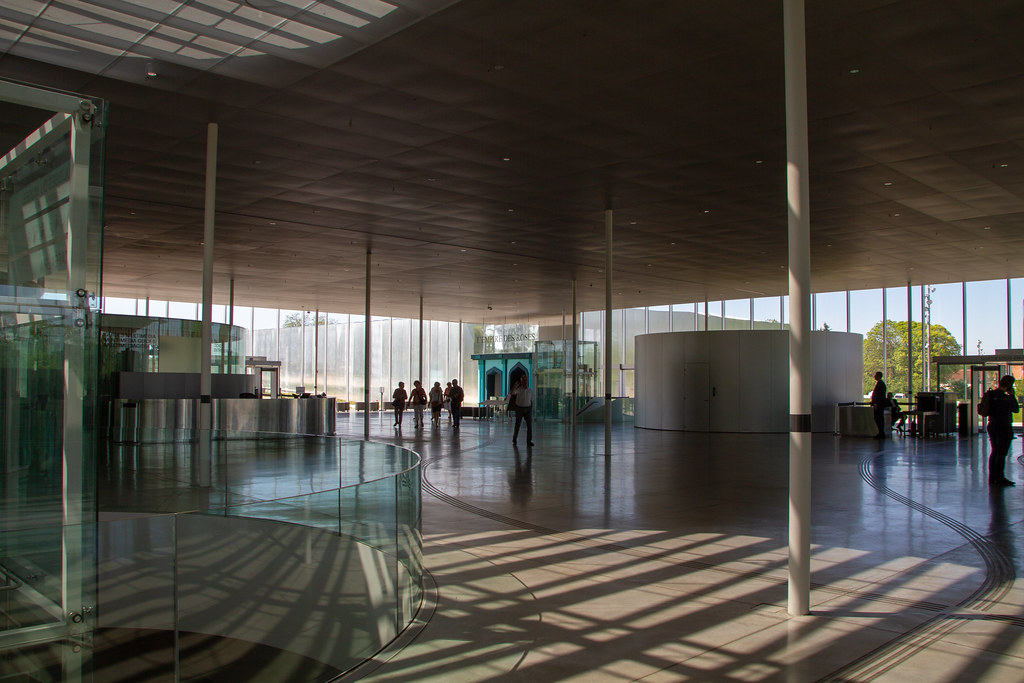 Now the actual inside. The main gallery, the Grand Gallery, was hosting the « Gallery of Time » exhibition. According to the official website of the France Tourism Board, « The Grand Gallery is currently holding a special exhibition, « The Gallery of Time, » until 2017. 250 works on loan from the Louvre Museum in Paris are on display. A third of the works will be replaced each year. » but as of my visit in May 2018, this event was still ongoing. 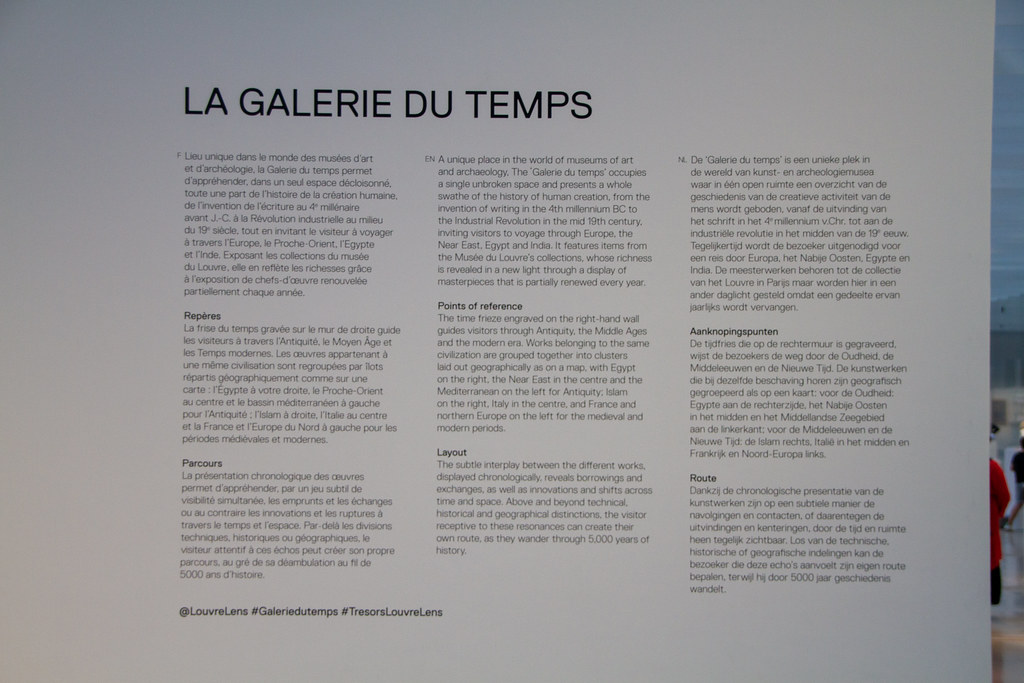 By the way, I will quote the brief explanation of « Gallery of Time » from the official website. 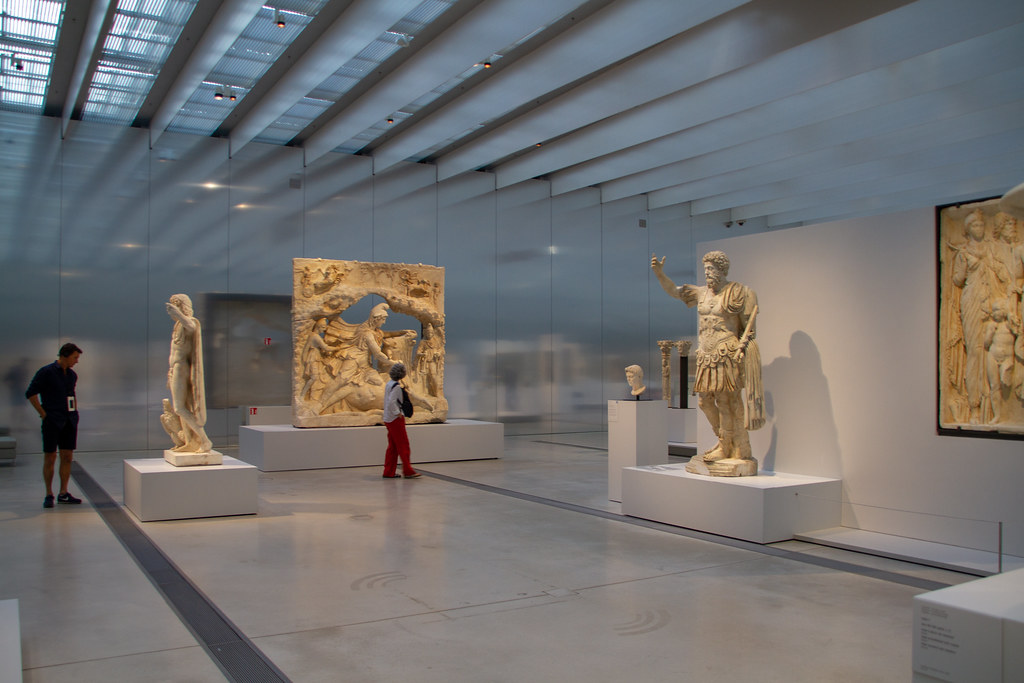 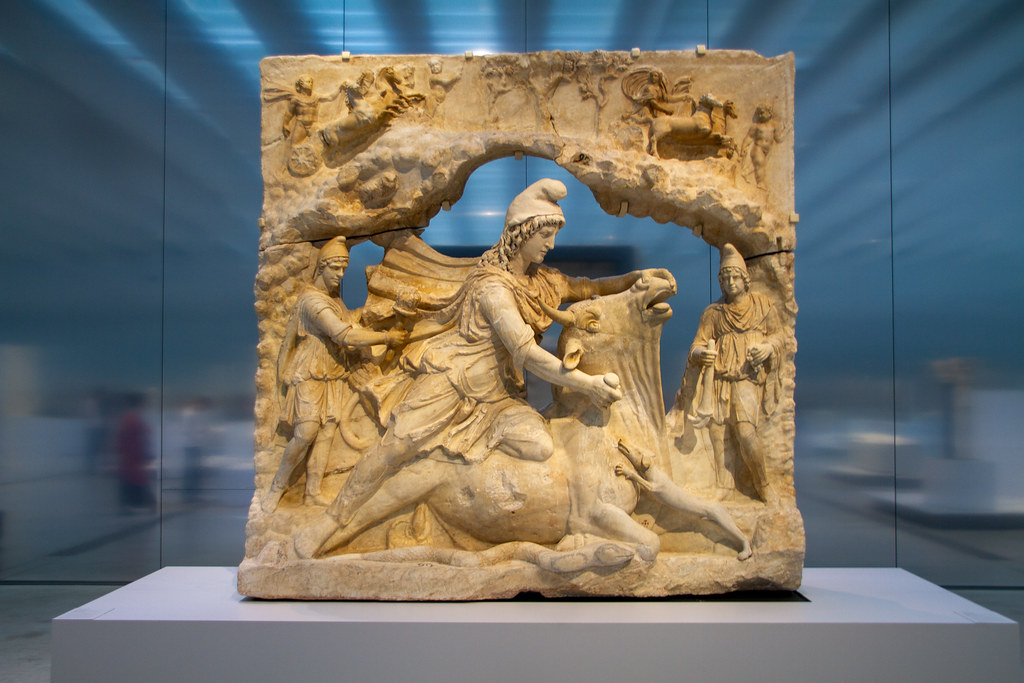 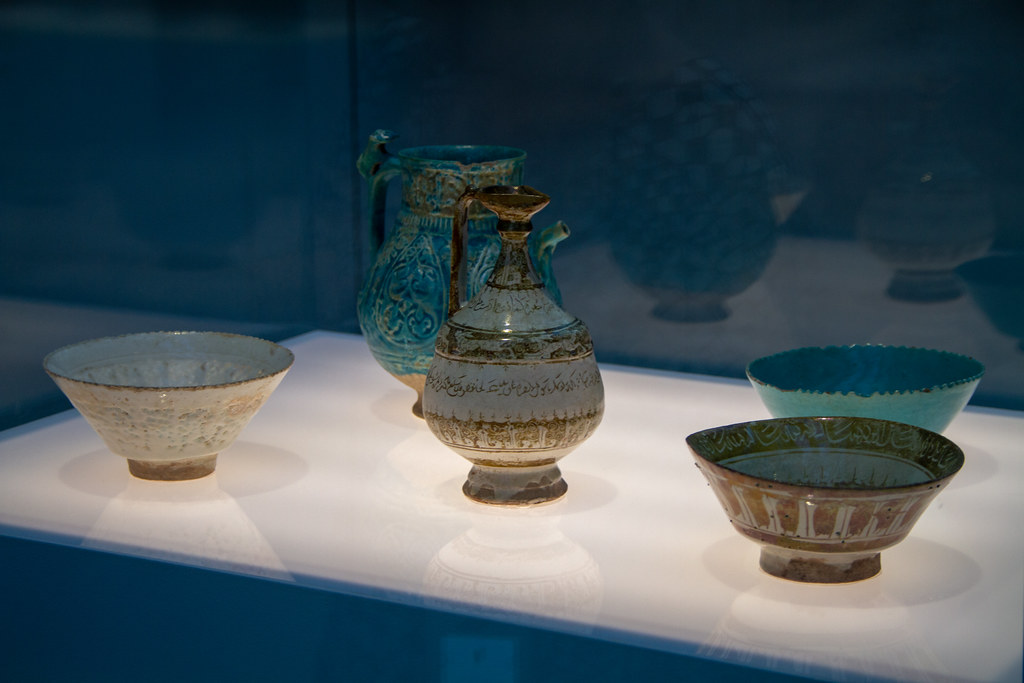 You mentioned 250 works, but it seemed like there were more. 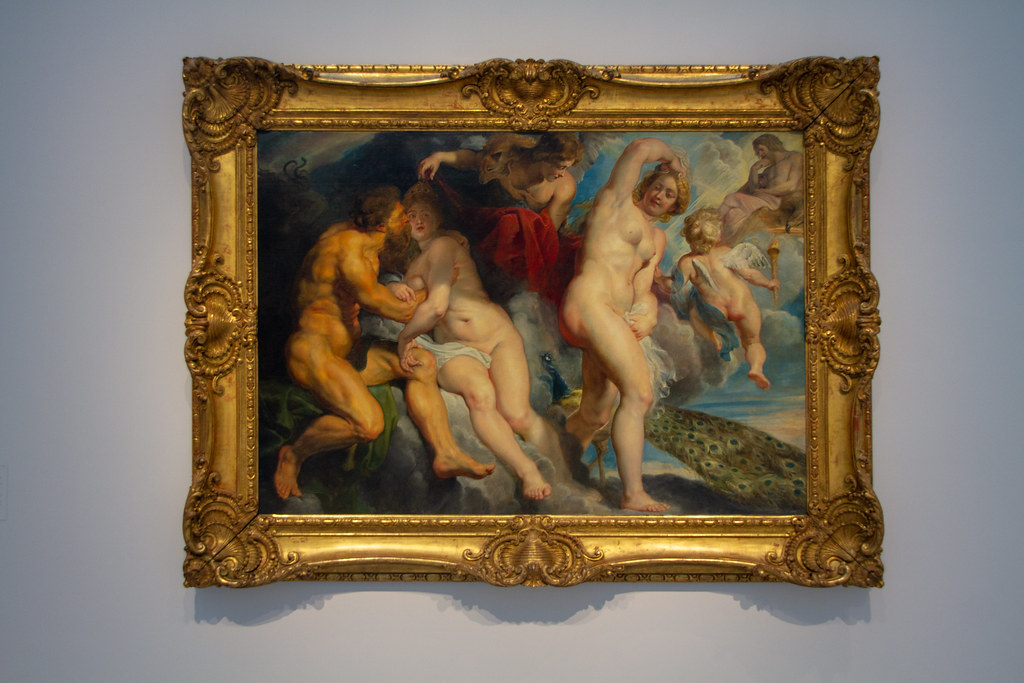 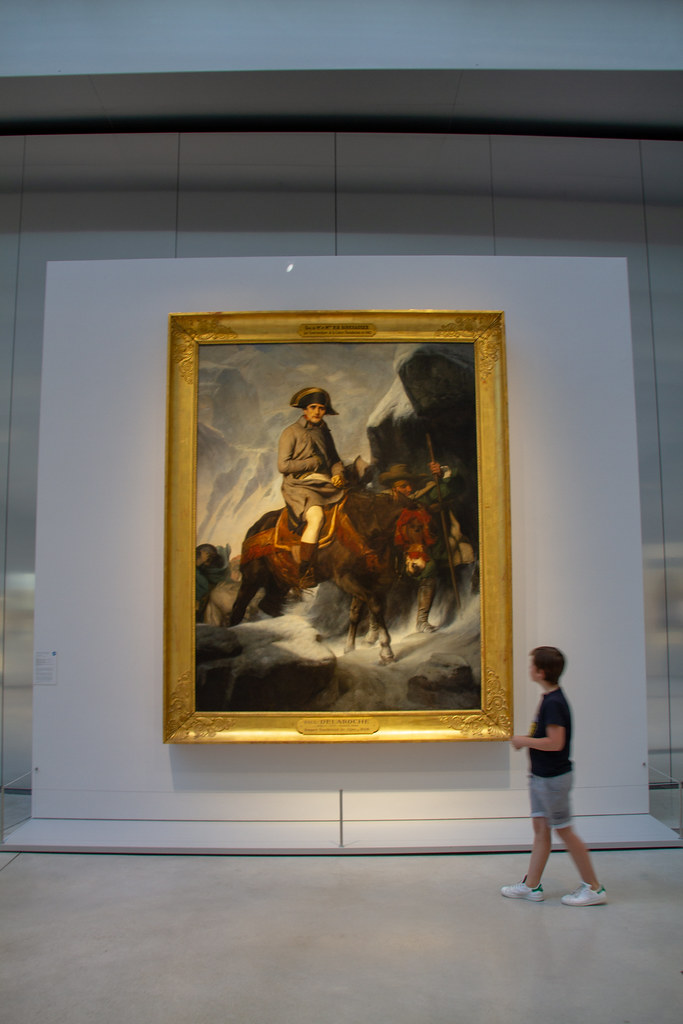 Further in, there was a special exhibition of Italian paintings held in Northern France. You can enter at the regular price. 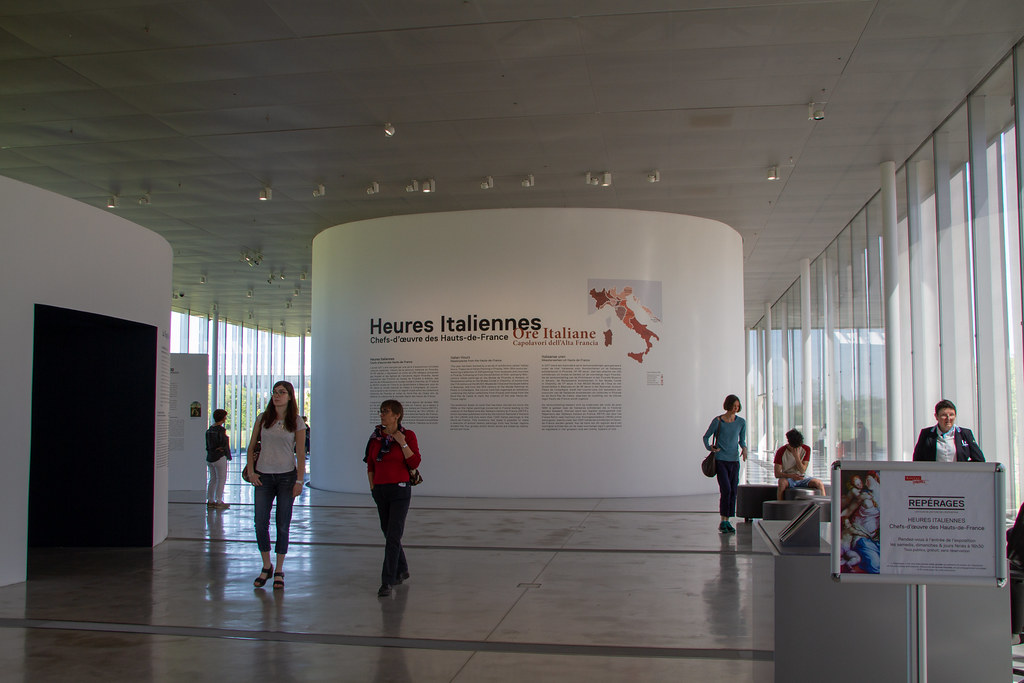 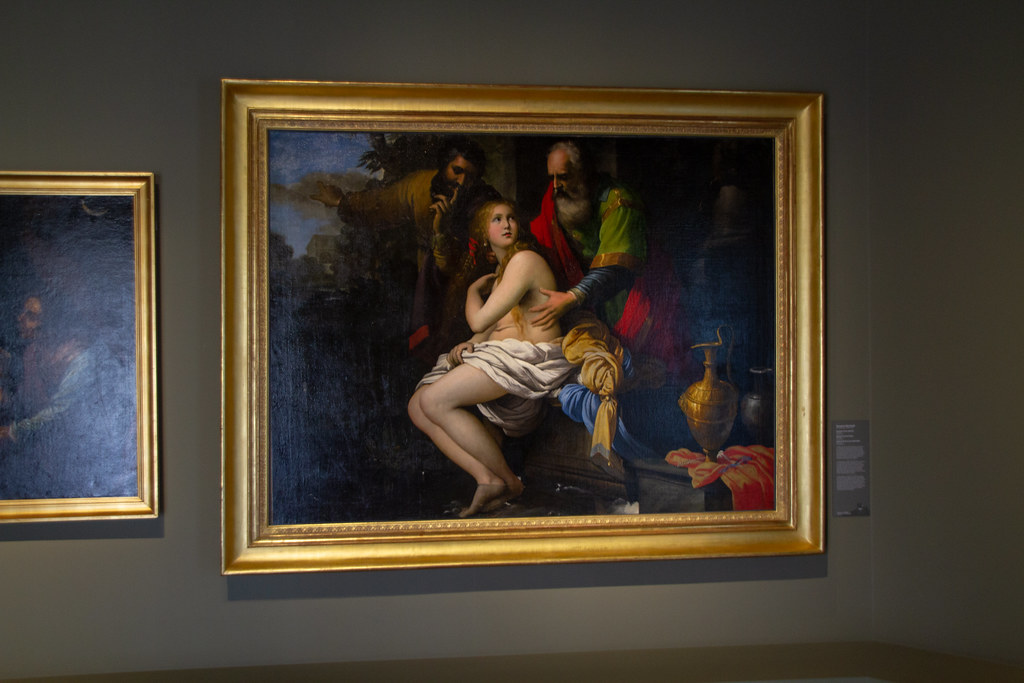 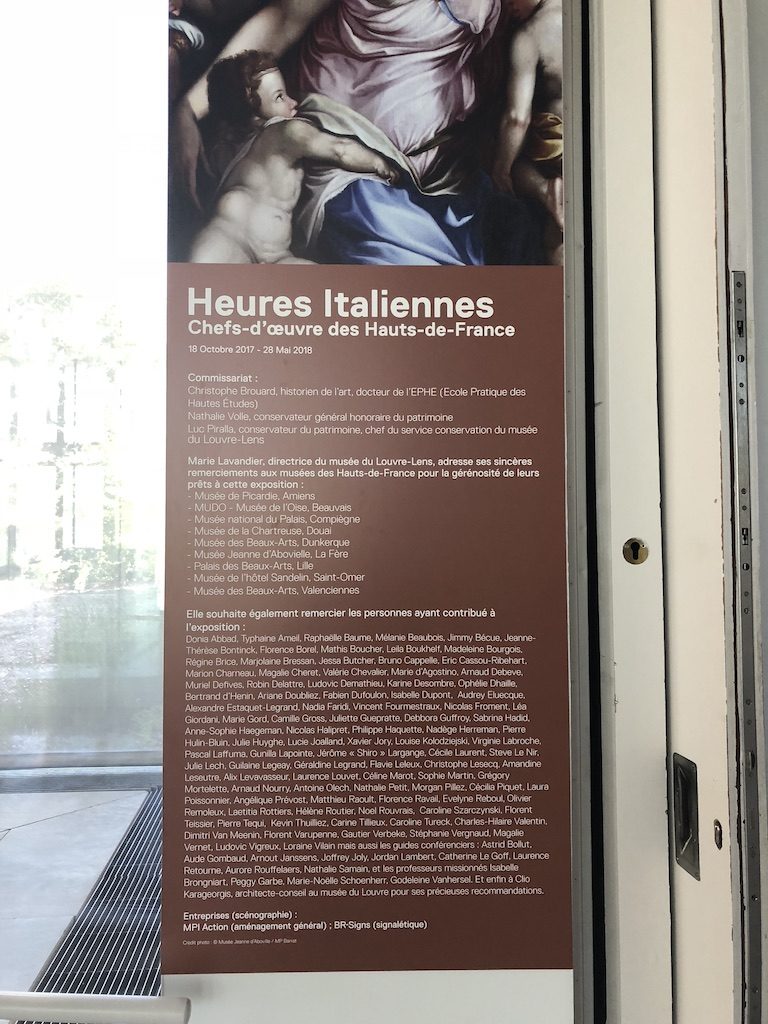 Speaking of which, some Italian paintings owned by museums in Northern France such as the Musée de la Valenciennes and the Musée de Lille, which I introduced in my previous blog, were on display. Perhaps the works were originally from the Louvre’s collection, but were lent (consigned for storage) to these museums. 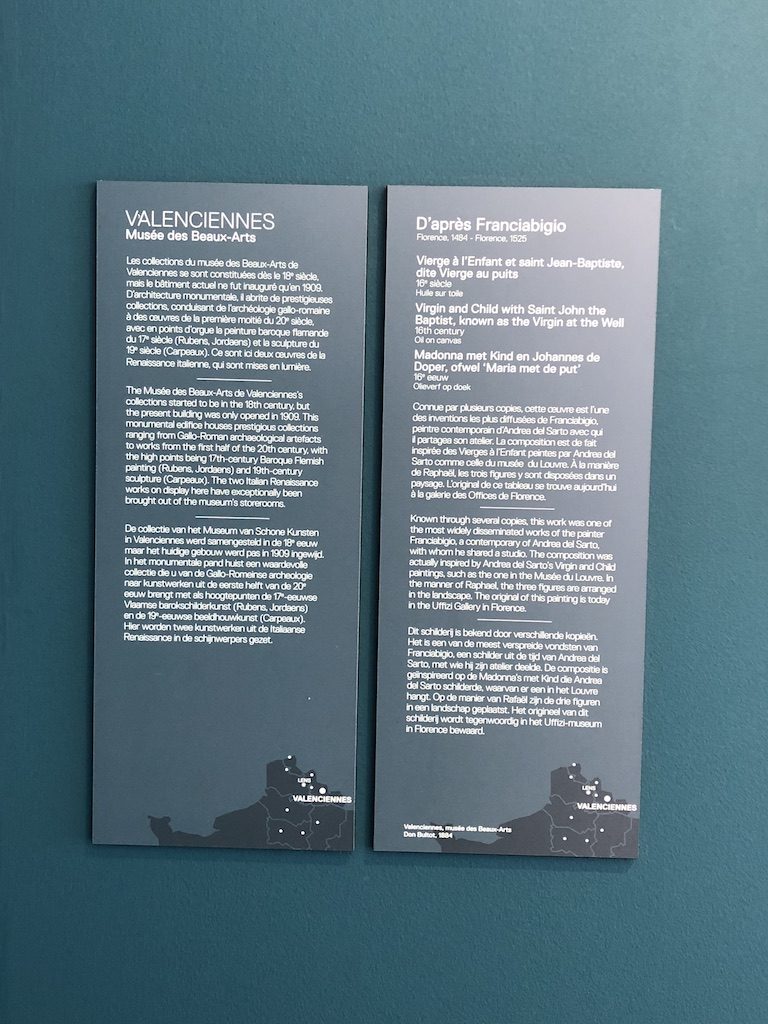 In addition, the method of purchasing tickets is exactly the same as the Louvre in Paris. If you buy from a vending machine, you don’t have to wait in line and it’s faster. This is the same in Paris. However, Reims is not as crowded as Paris, so it can be said that there is not much difference.

The above is a brief record of my visit and introduction of the museum. It’s a little difficult to visit and to plan a trip, but it’s a comfortable place to spend half a day. Northern France is full of charm, though it is not so simple.

This is still 60% of the list of « The Most Beautiful Villages in France » that we have not yet visited, as of November 2011.

Today was the first Sunday in a while that I didn't have any plans, so I was editing the fixed pages that I've been negl...

Saint-Bertrand-de-Comminges – Tour of the most beautiful villages in France 2013 No.5