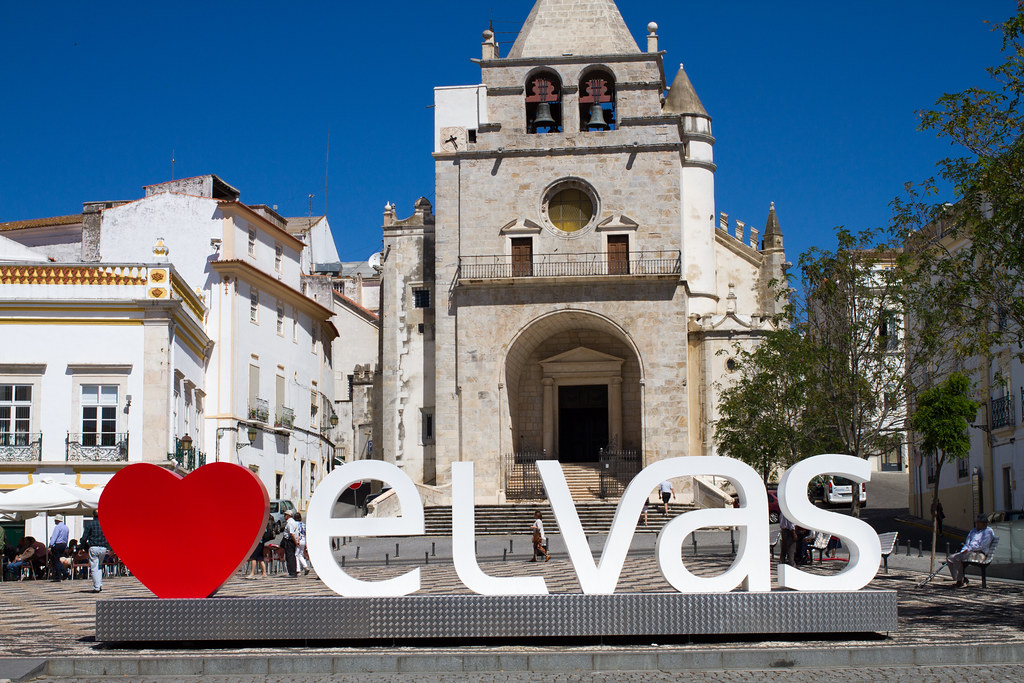 A Xevious-like fortress of historical value.

The next stop after Évora was the fortified city of Elvas, located near the border with Spain. It is registered as a World Heritage Site under the name of « Border Defense of Elvas and its Fortresses ».

I didn’t notice it when I visited Portugal 9 years ago, but apparently it’s because it was registered as a World Heritage Site relatively recently, in 2012.

It was a beautiful day from start to finish. As we approached the interior of the Iberian Peninsula, the temperature rose higher and higher, and even though it was early May, it was over 30 degrees Celsius.

The star-shaped fortresses of Elvas were renowned for their great strength, and in the early 19th century they withstood Napoleon’s wars of aggression, as Wikipedia puts it. 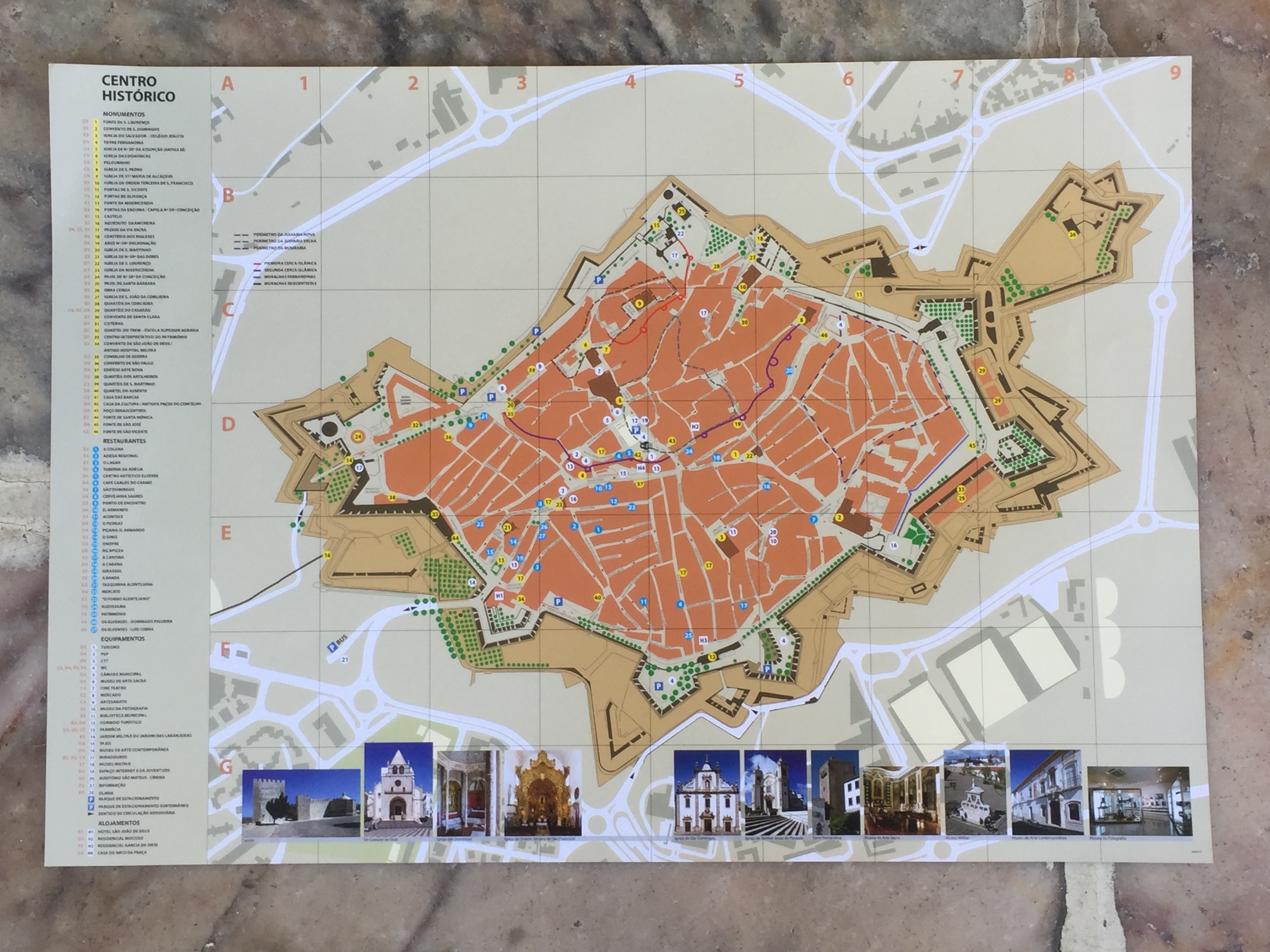 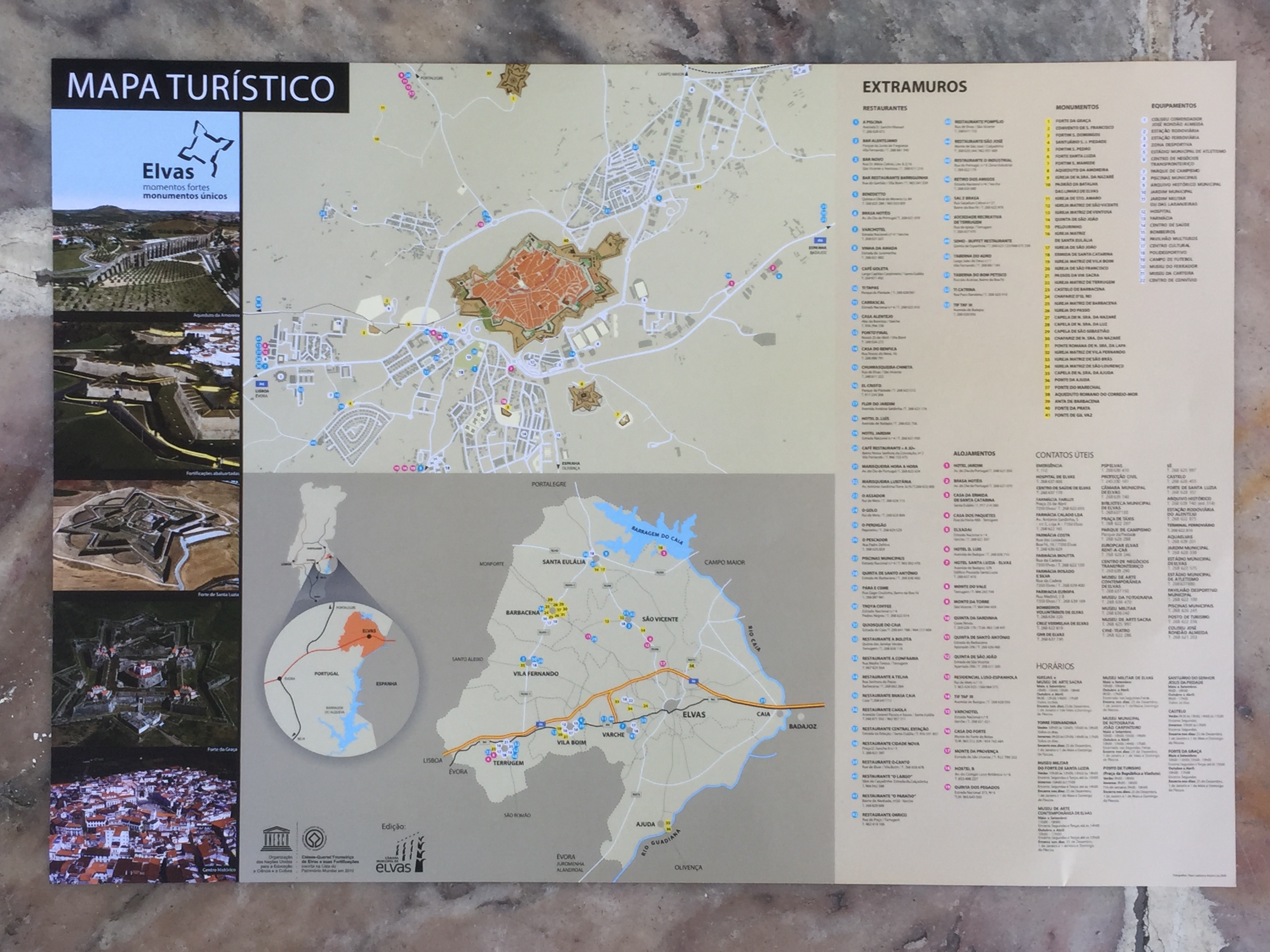 Here’s a view of the « Santa Luzia Fortress » south of town. 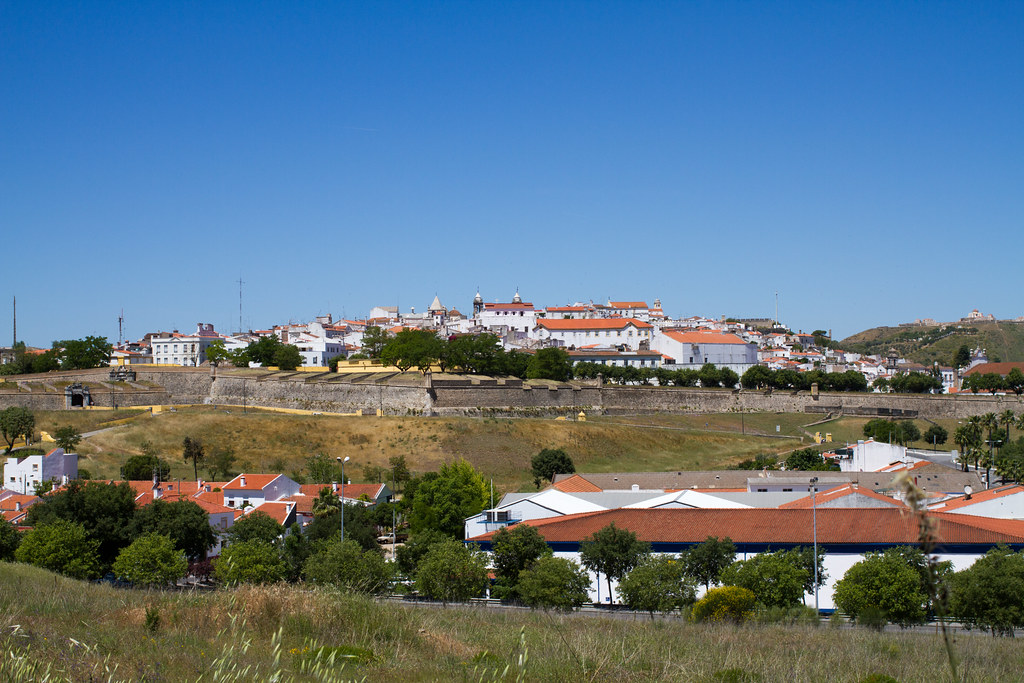 It would be great if we could see it from the sky, but unfortunately that’s not possible. I’m sure it looks cool and Xevious…

However, the view of the city from the « Graça Fortress » to the north is spectacular. We went there by car, but if you go there on foot, it will take you more than 30 minutes because it is a very high hill.

The relatively new aqueduct is impressive

If you go to this city via the highway from Évora to Spain, you can see the aqueduct of Amoreira because you enter from the west side of the city. It was designed by Francisco de Alda, the builder of the Tower of Belém. 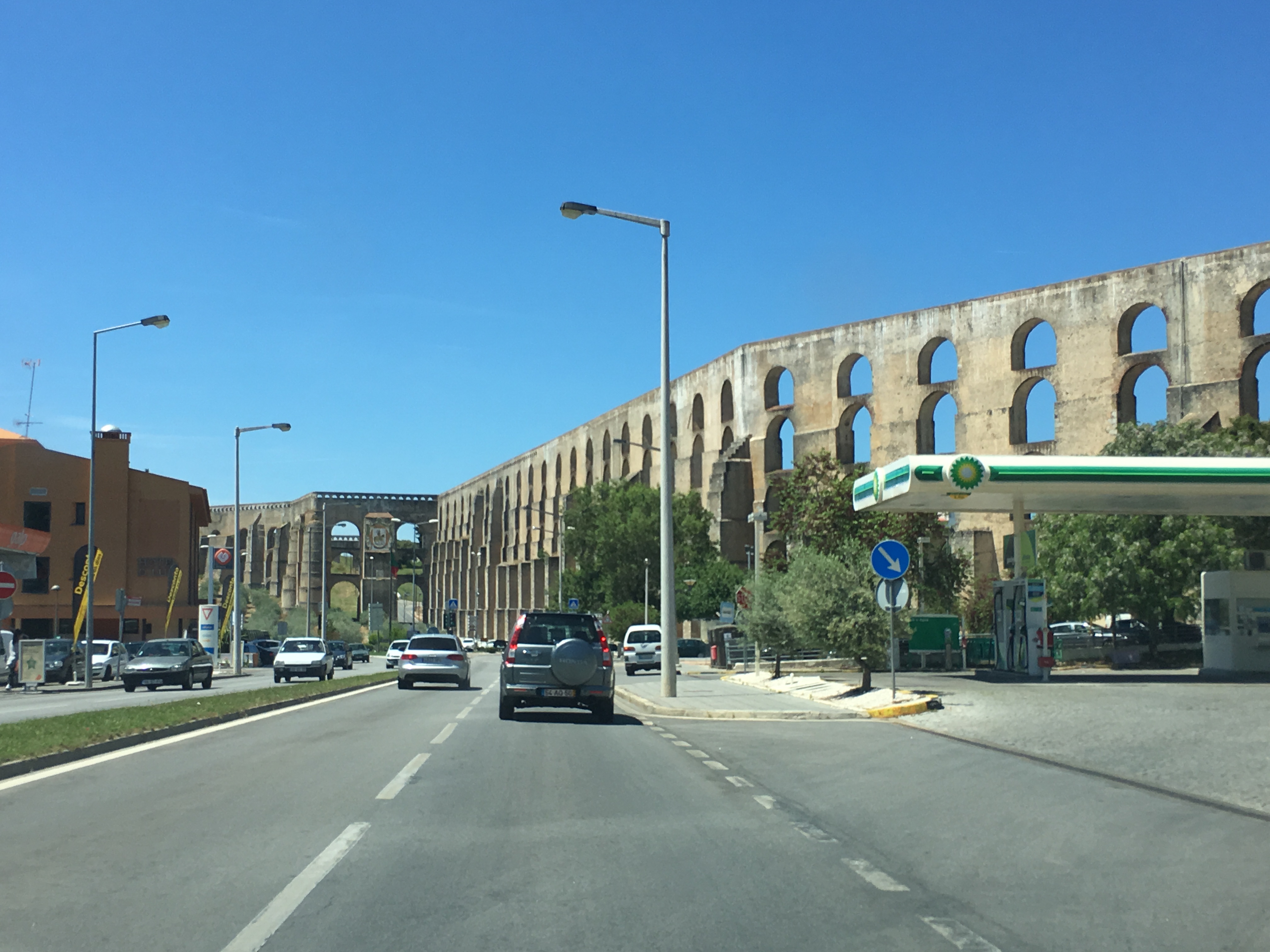 With the aqueduct on our left, we turned left at the entrance of the city, Long Pointe, and we were going to see the city center first. This is what the city looks like. 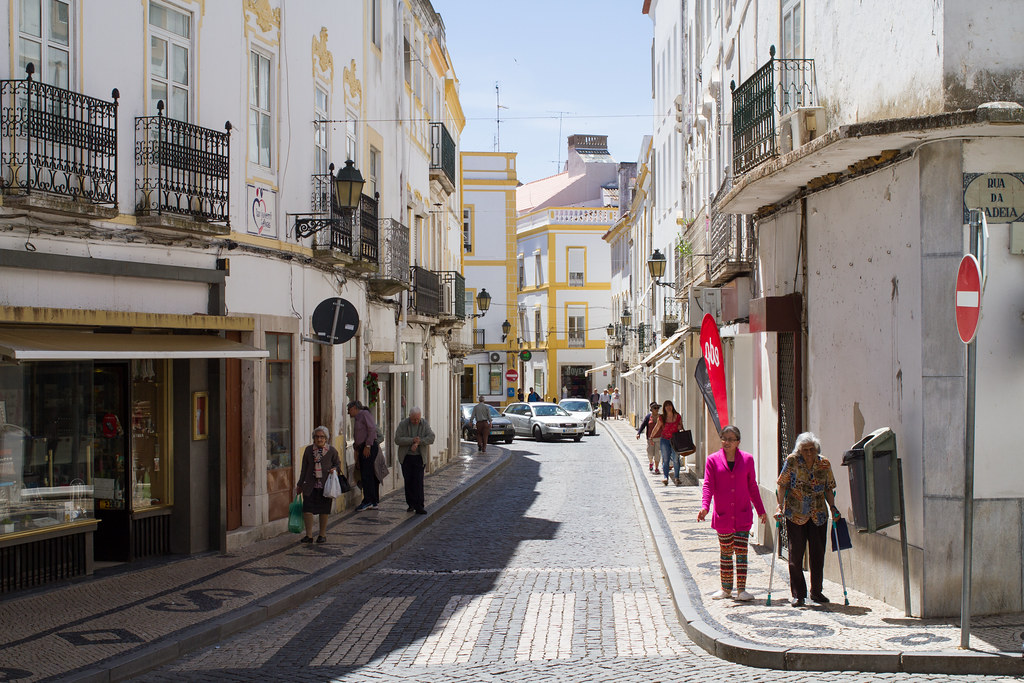 As for parking, there was a public underground parking lot under the central square of the city, Piazza della Repubblica. It was very easy to use because the road to there is not so narrow. 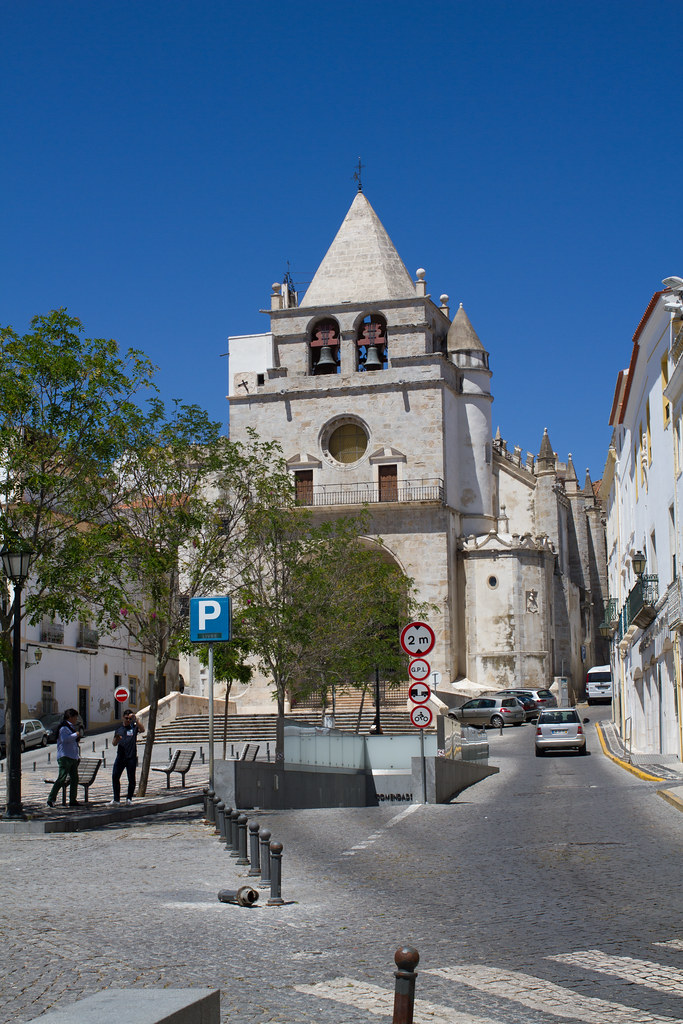 In Piazza della Repubblica there are many cafes, restaurants and a tourist information center. 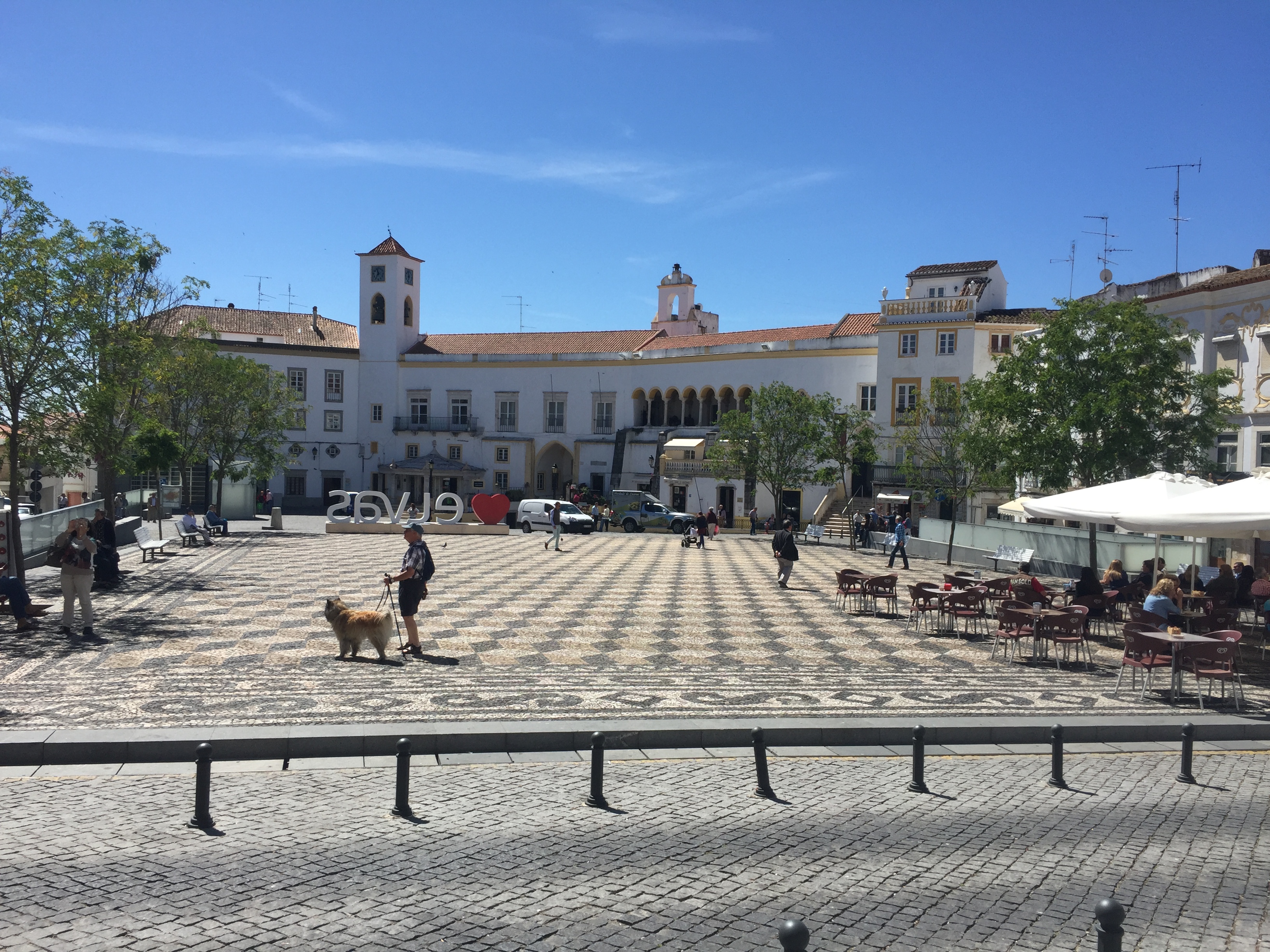 We visited there first and got a map. It was a very nice tourist information center, as if they put a lot of effort into tourism because it was chosen as a World Heritage Site. A handsome older brother gave us a detailed explanation in English about the highlights and recommended sightseeing routes while pointing out the map.

The first church we visited was the Nossa Senhora da Assunção, which faces this square. 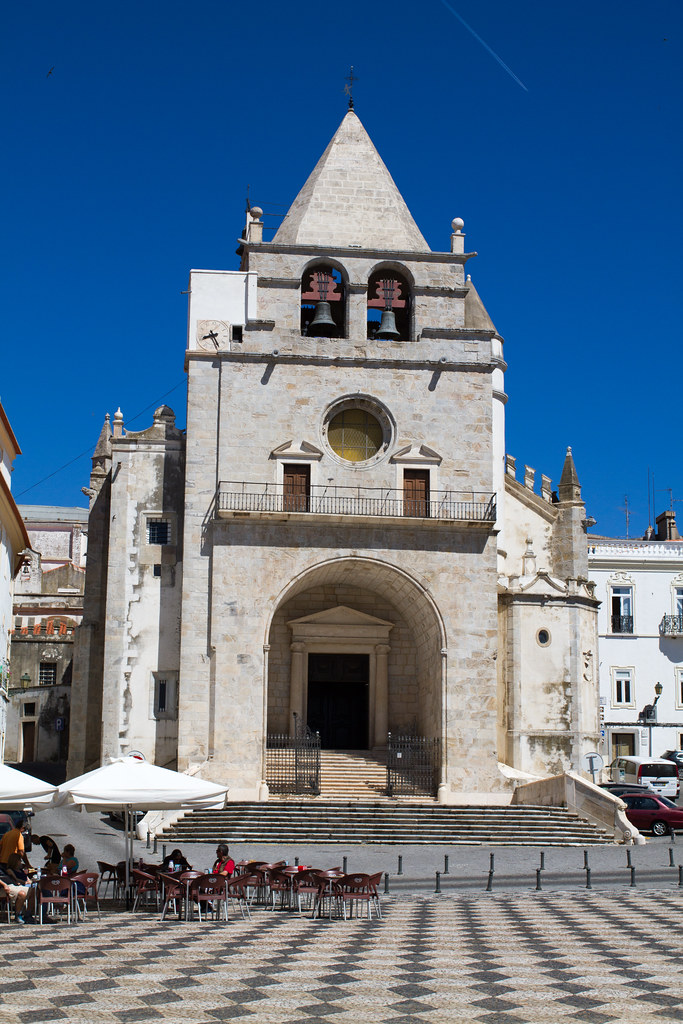 The construction started in 1517. And it was approved as a cathedral in 1570. 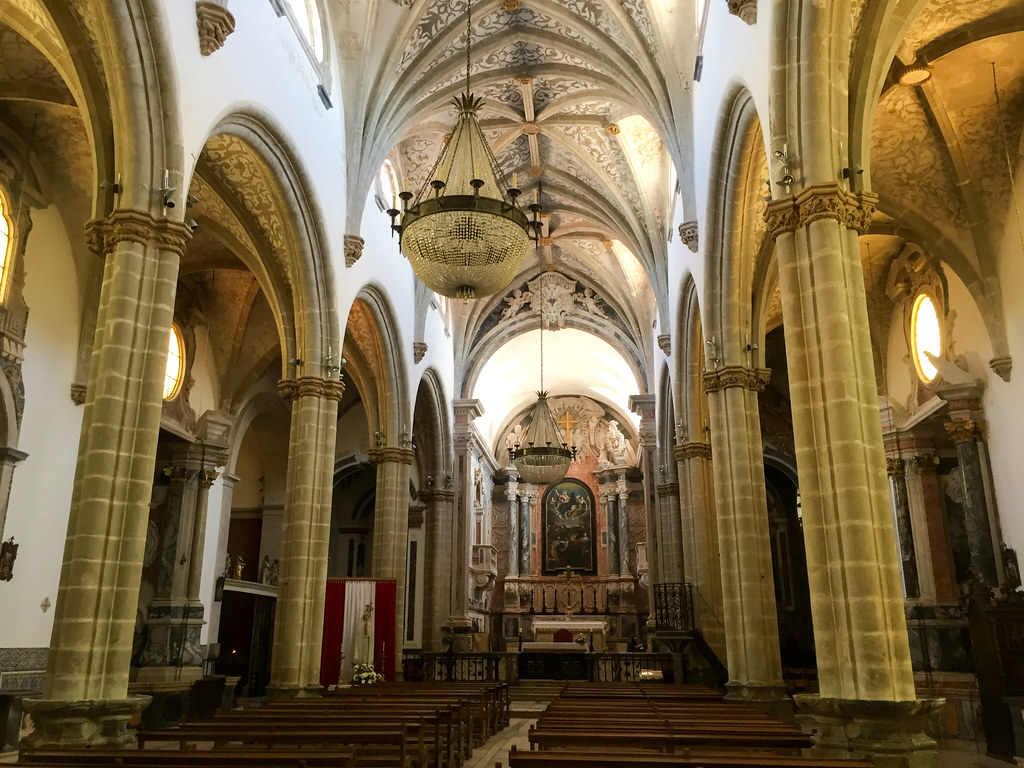 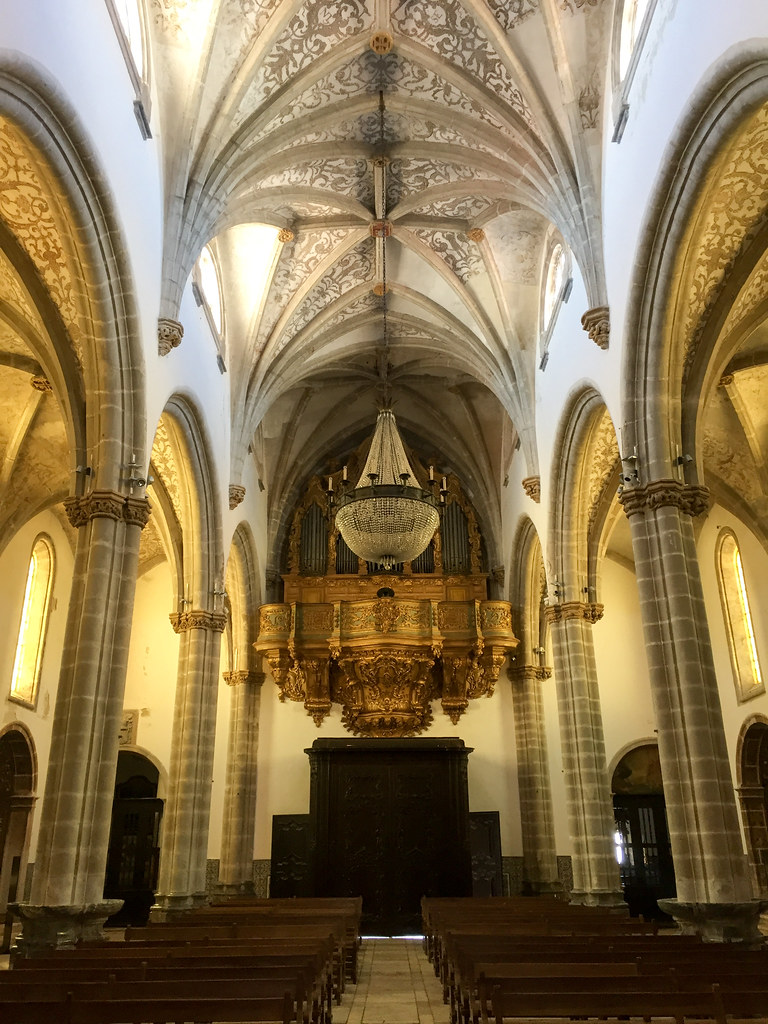 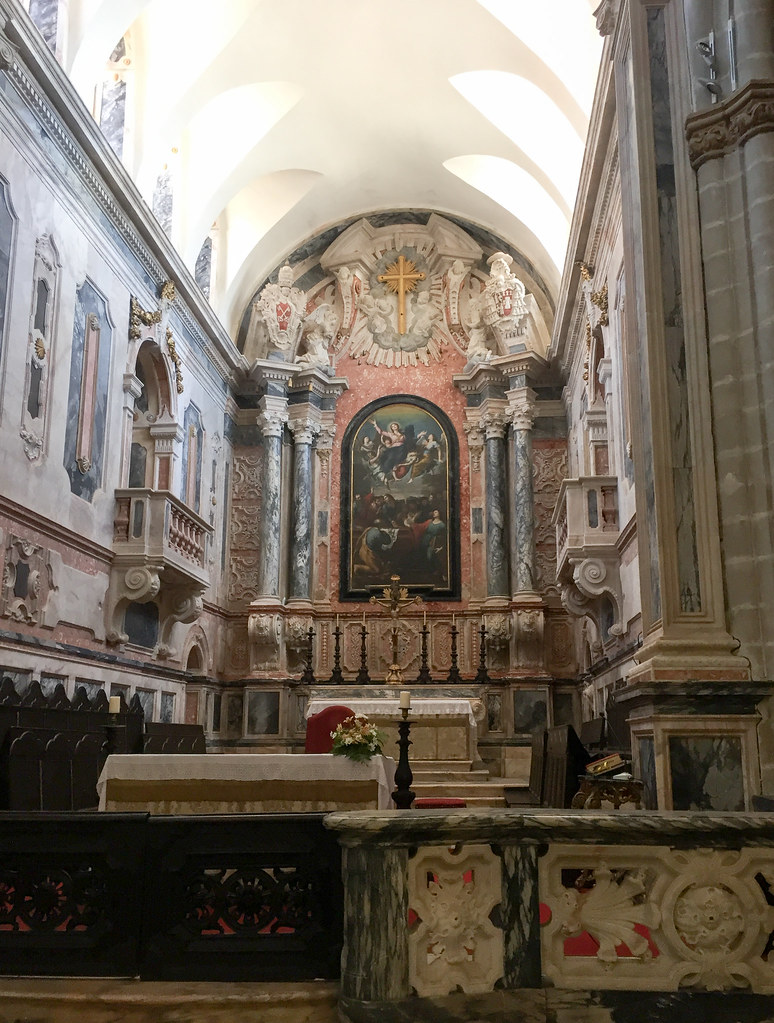 The inside of the cathedral is free, but the mansion next to it (called the Museum of Religious Art) can be visited for 1 euro with a guided tour (probably only available in Portugal). I didn’t know what they were talking about, and I didn’t need to go there because photography was not allowed inside, and honestly (I don’t mean to be rude) it was ordinary.

After that, we walked around the northern wall, there is a castle in the north of the city. But it was surprisingly expensive, so I went through (is this kind of place not good…, because I’ve seen many castles in Europe…)

We’ll go back later to see the view of the Graça Fortress from here. 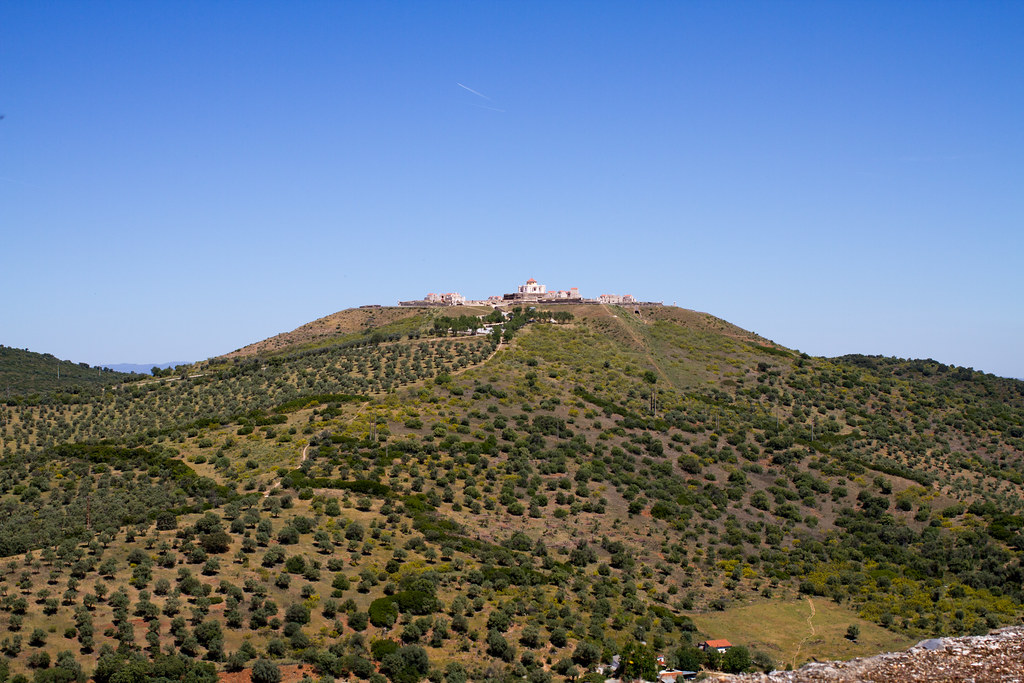 Lunch in the city centre

Well, it was just noon when we arrived, so we decided to have a break and have lunch here. We had lunch at this restaurant in an alleyway a little bit far from Piazza della Repubblica. It’s a back alley, but you can go through the main shopping street. I guess it’s more crowded with locals than tourists. 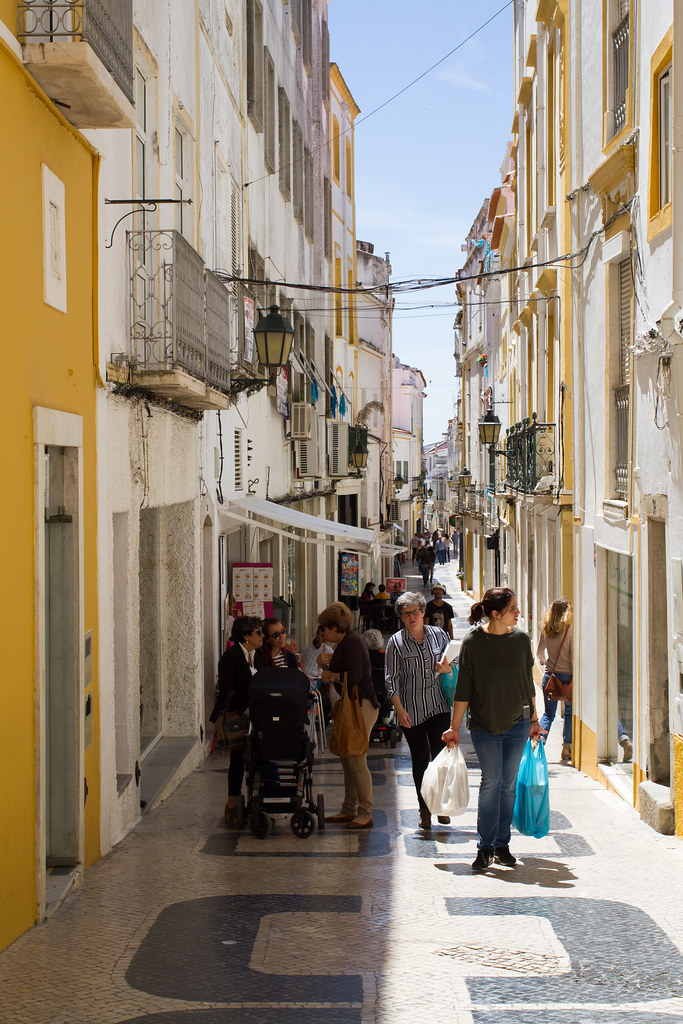 As usual, check the reputation on TripAdvisor. They say it’s a pretty good restaurant.

Stylish, cozy and tasty restaurant. I ordered the tempura menu and it was quite good. It has a casual bar-like atmosphere and I thought it might be nice to visit for dinner. If you have a chance to visit again. 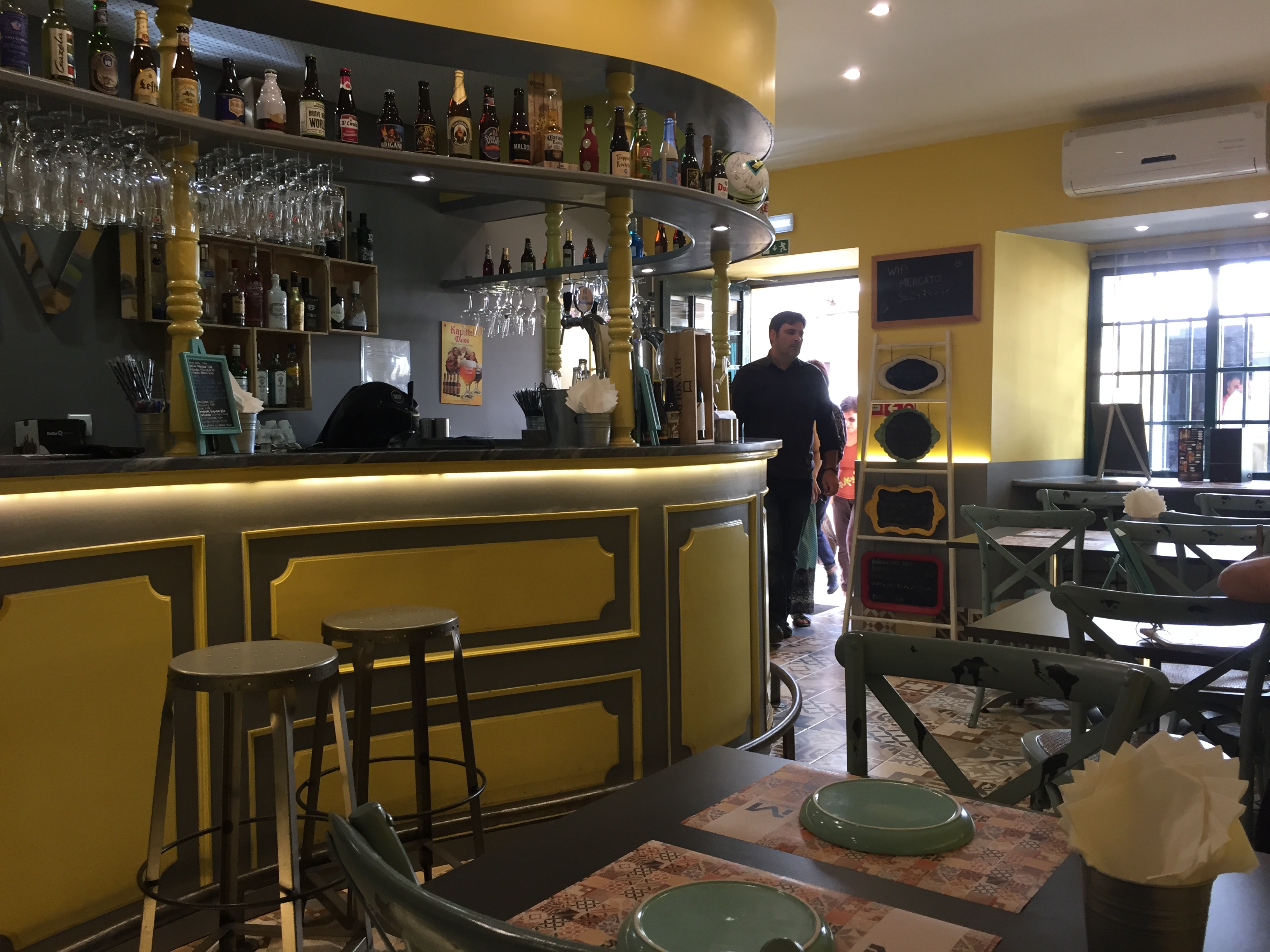 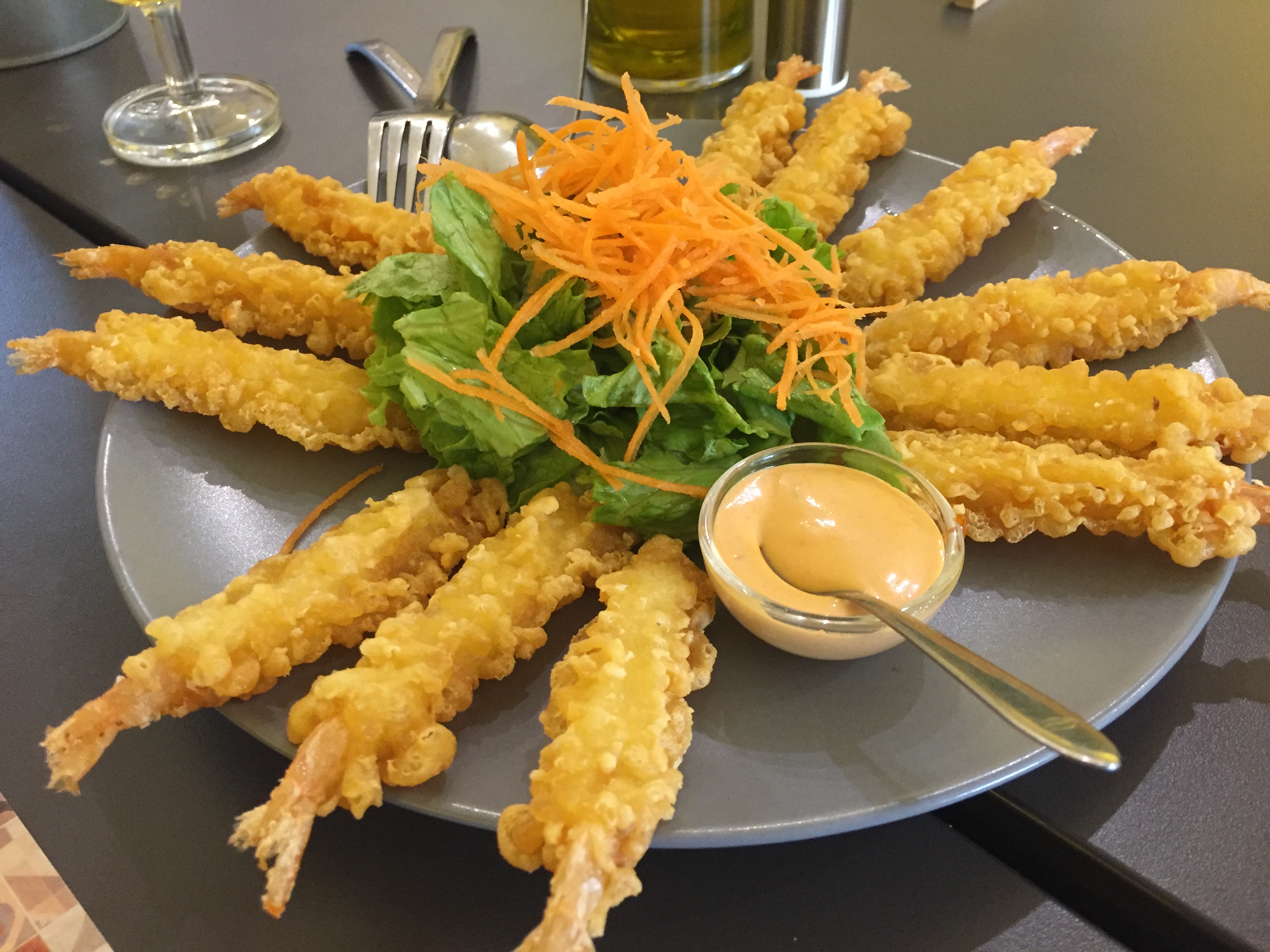 Go to the « Graça Fortress » in the north of the city.

After lunch, we headed back to the car and from there to the Graça Fortress north of town. It’s a bit far from the city, so it’s not easy to get there without a car. If you walk, you have to go to the top of the hill and it will take you 30 minutes or more. 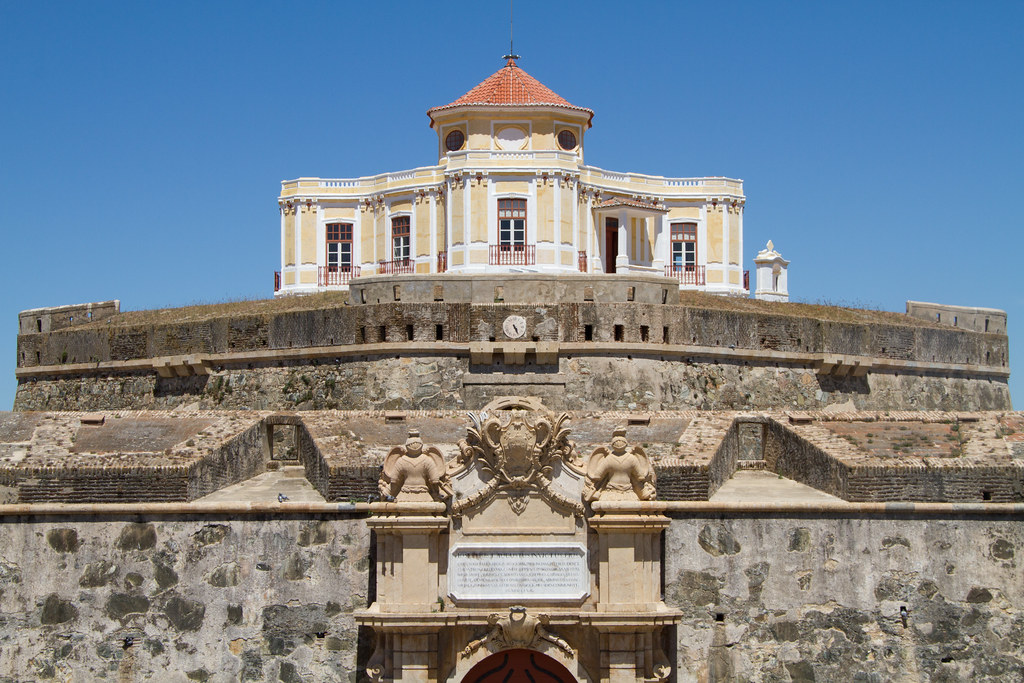 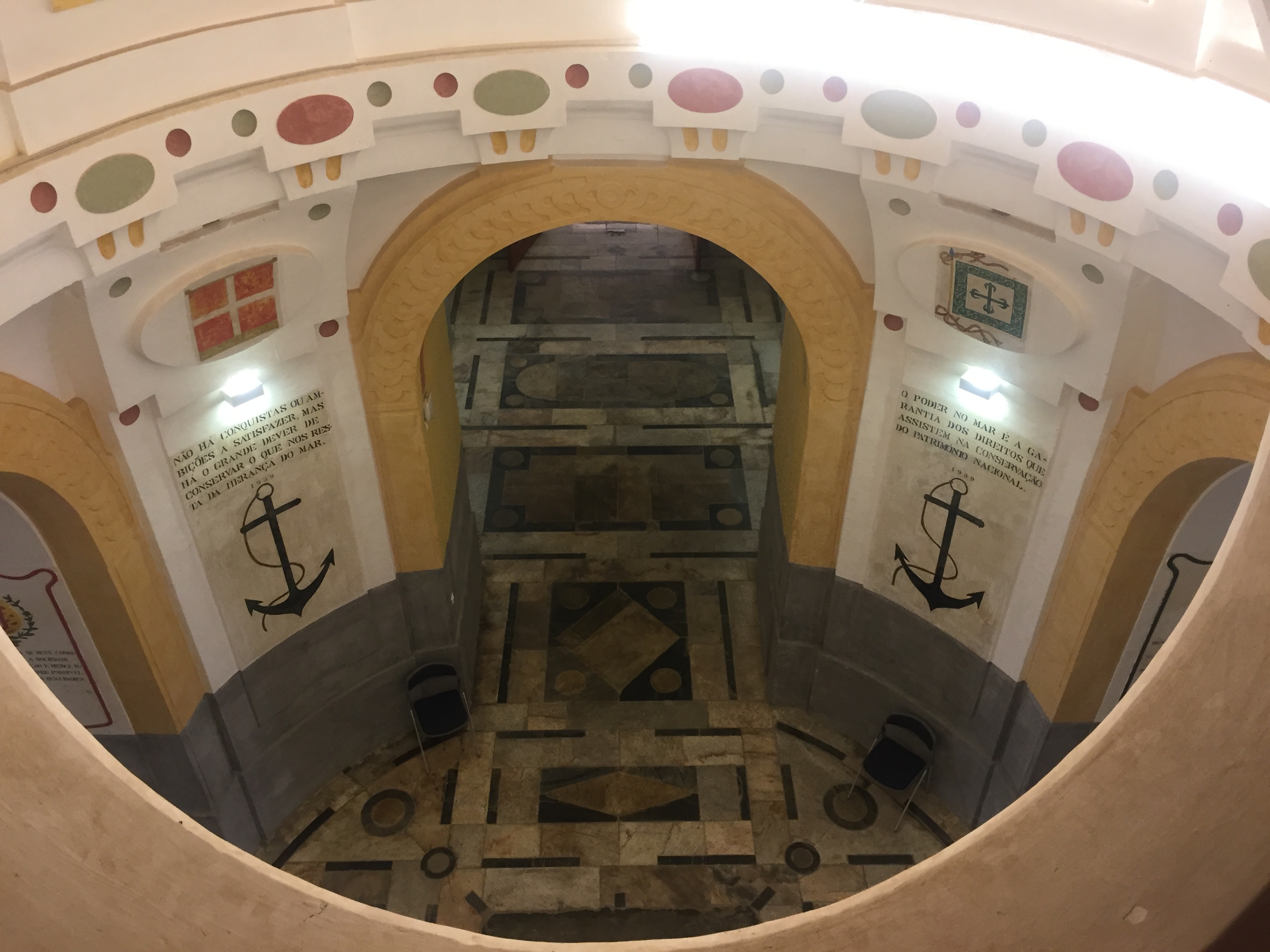 The fortress itself can be visited for a fee, and while there wasn’t much to see inside, the view from here was amazing! 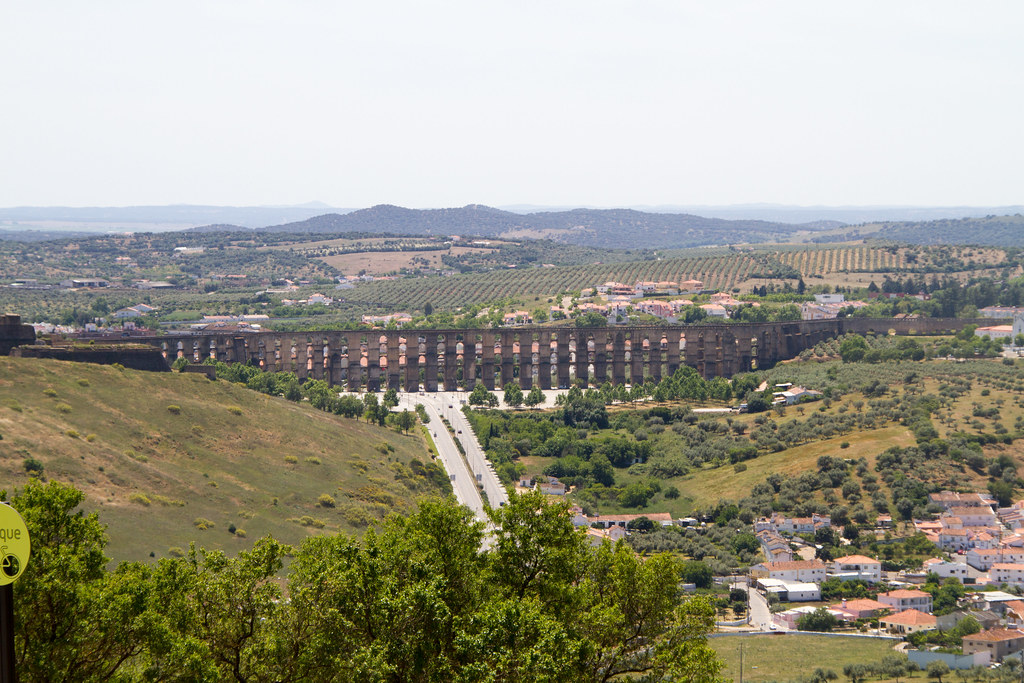 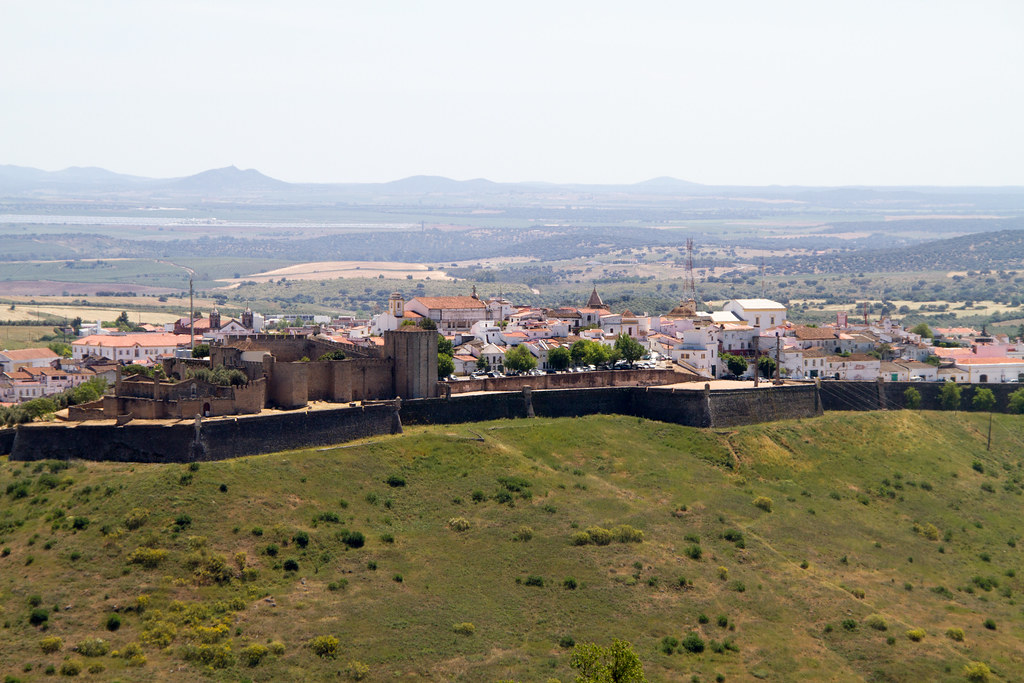 Sightseeing date: October 31, 2014The second day was a whole day of sightseeing around Valletta. Because the number of d...

Googleマップがヨーロッパドライブには欠かせないアプリとなって久しいです。The navigation system is the most essential item for driving in Europe, not to me...

訪問日時：2010年8月12日午前11時頃It's really, really a shame about the rain that day...However, it was the most impressive city in t...

World Heritage Sites visited in May 2014