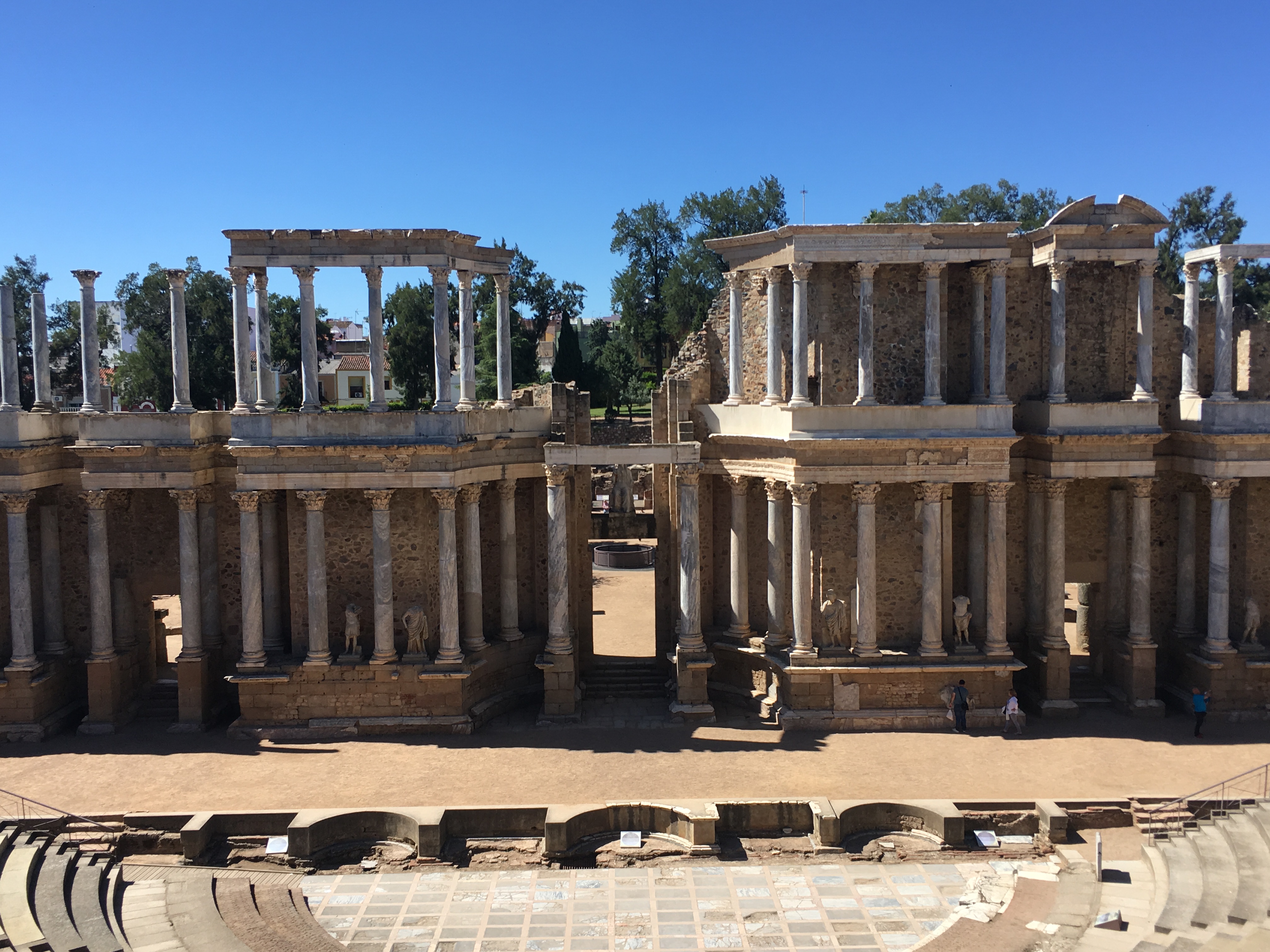 One of the places I couldn’t visit 9 years ago.

The next stop was Merida, a city in western Spain. We left Elvas, which we had visited just before, at a little after 2:00 p.m. It took about one hour from there, but we arrived there at around 4:00 p.m. because of the time difference.

After almost a week in Portugal, I’m back in Spain again. The time difference again

I feel like I’m missing out because I’ve gone back to UT+2 hours (*it’s daylight saving time) and time has instantly moved forward one hour.

As Mérida is one of the most popular tourist spots, the parking situation is not so bad. This time, we chose a big public parking lot away from the ruins. The location is here.

As usual, I checked the street view and registered a bookmark, but the area where this parking lot is located is more like a residential area, so I got a little lost even though I was using Google Maps.

What are the archaeological sites of Mérida?

The western part of the Iberian Peninsula is dotted with Roman colonial cities. Among them, Mérida in Estremadura, western Spain, is a colonial city established in 25 BC in the name of Augustus. The name at that time was « Emerita Augusta ». The city was also the capital of the Roman province of Lusitania, which means that it flourished as one of the most important cities in the Roman Empire. Even today, due to the size of the colony and the preservation of its ruins, it is one of the most prominent and popular tourist destinations in Spain. 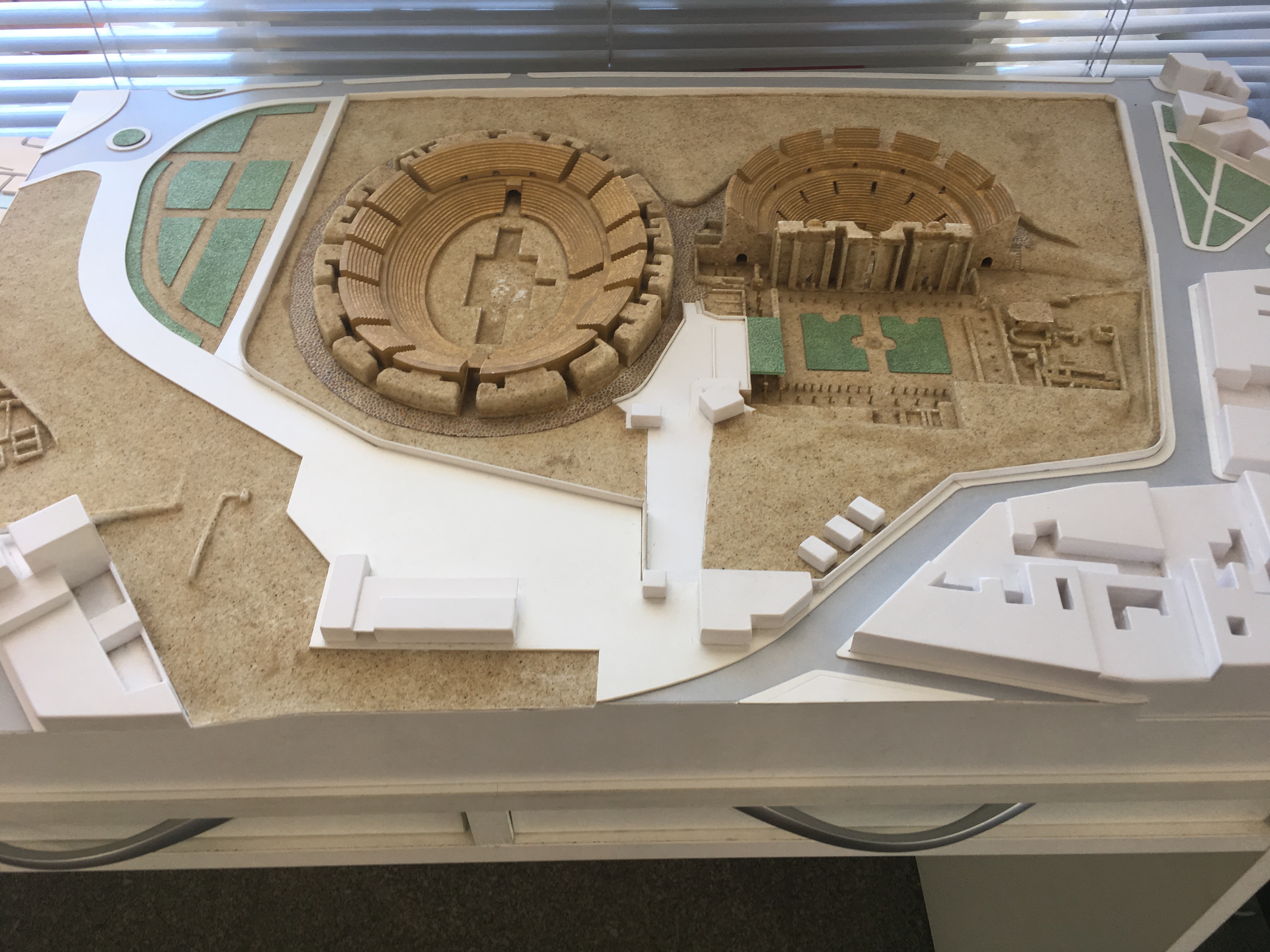 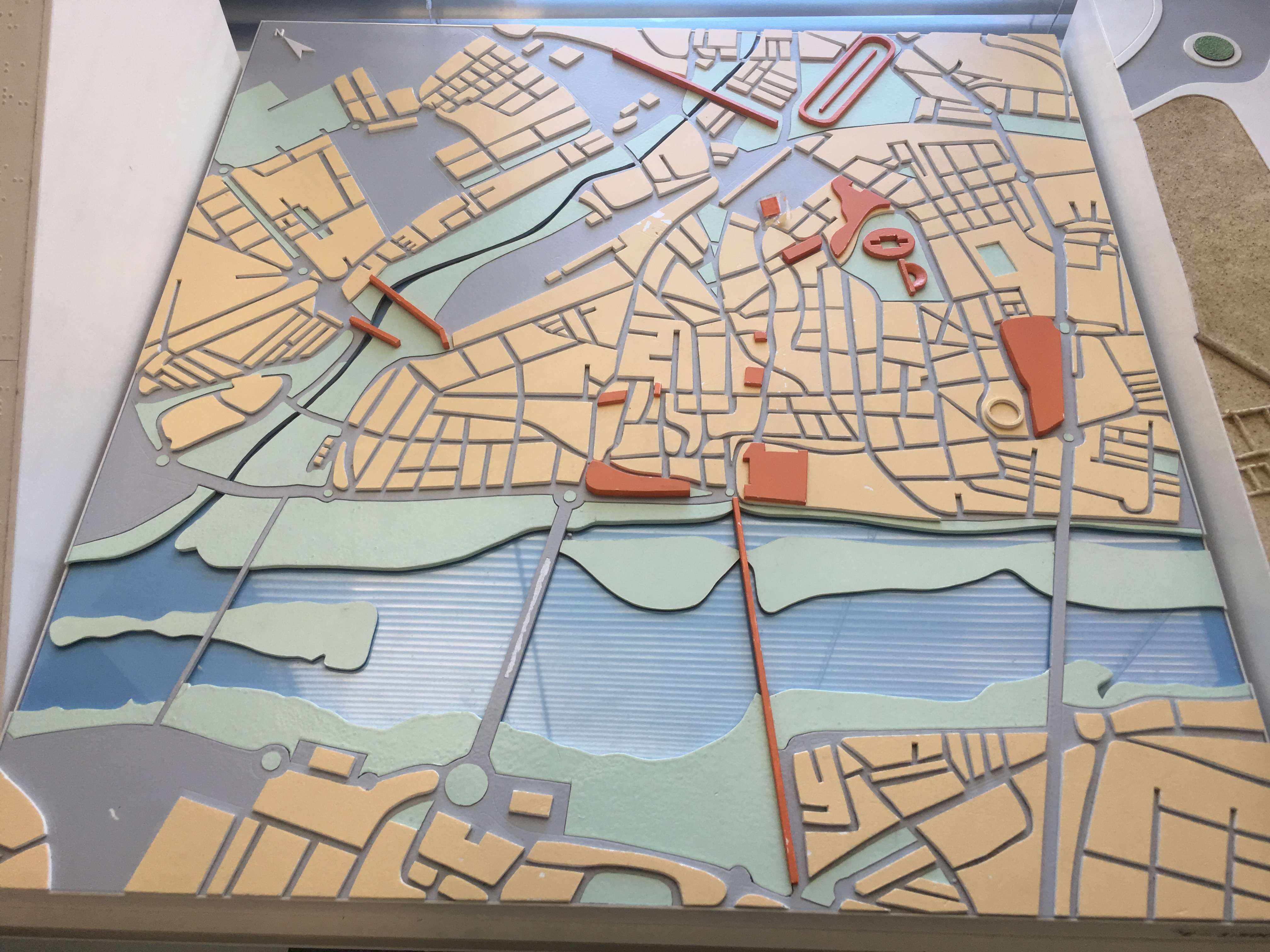 Merida is also located on the « ruta de la plata » (silver road), and it is famous for many cities on the silver road that have flourished since ancient times, such as Cáceres and Salamanca, which we will visit later, and are now selected as World Heritage sites. The Silver Road, also known as the North-South Road, stretches from Gijón in Asturias in northern Spain to Seville in Andalusia in southern Spain. The Silver Road (Ruta de la Plata), which has its origins in Roman times, was used by merchants, miners, cattle rustlers and soldiers from BC.

Visit the Roman Theatre and Amphitheatre

The area where the ruins are located is like a park, and of course you need to pay an entrance fee to enter the park. There are several archaeological sites in Mérida, and you can get a set ticket to visit each of them. 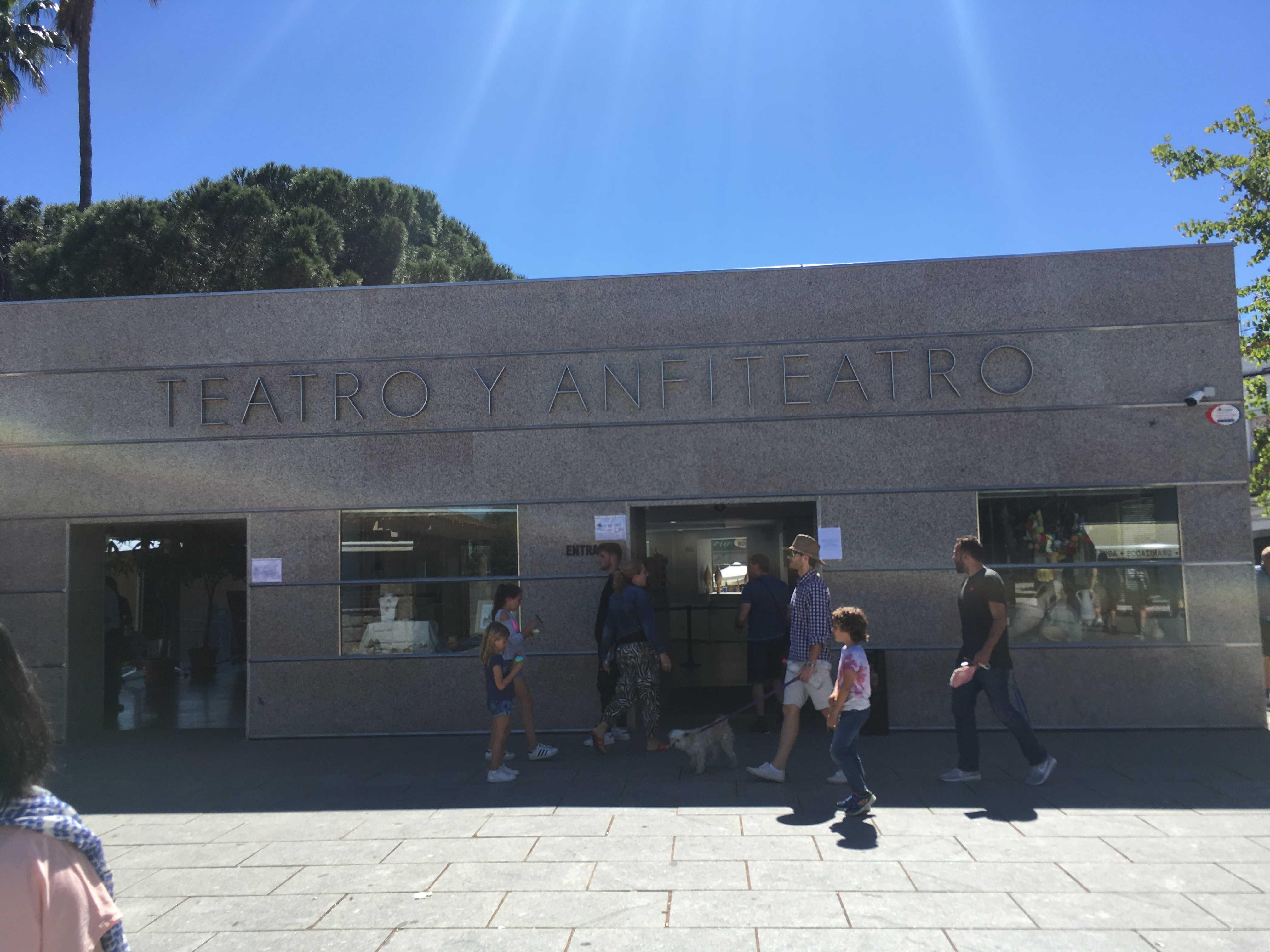 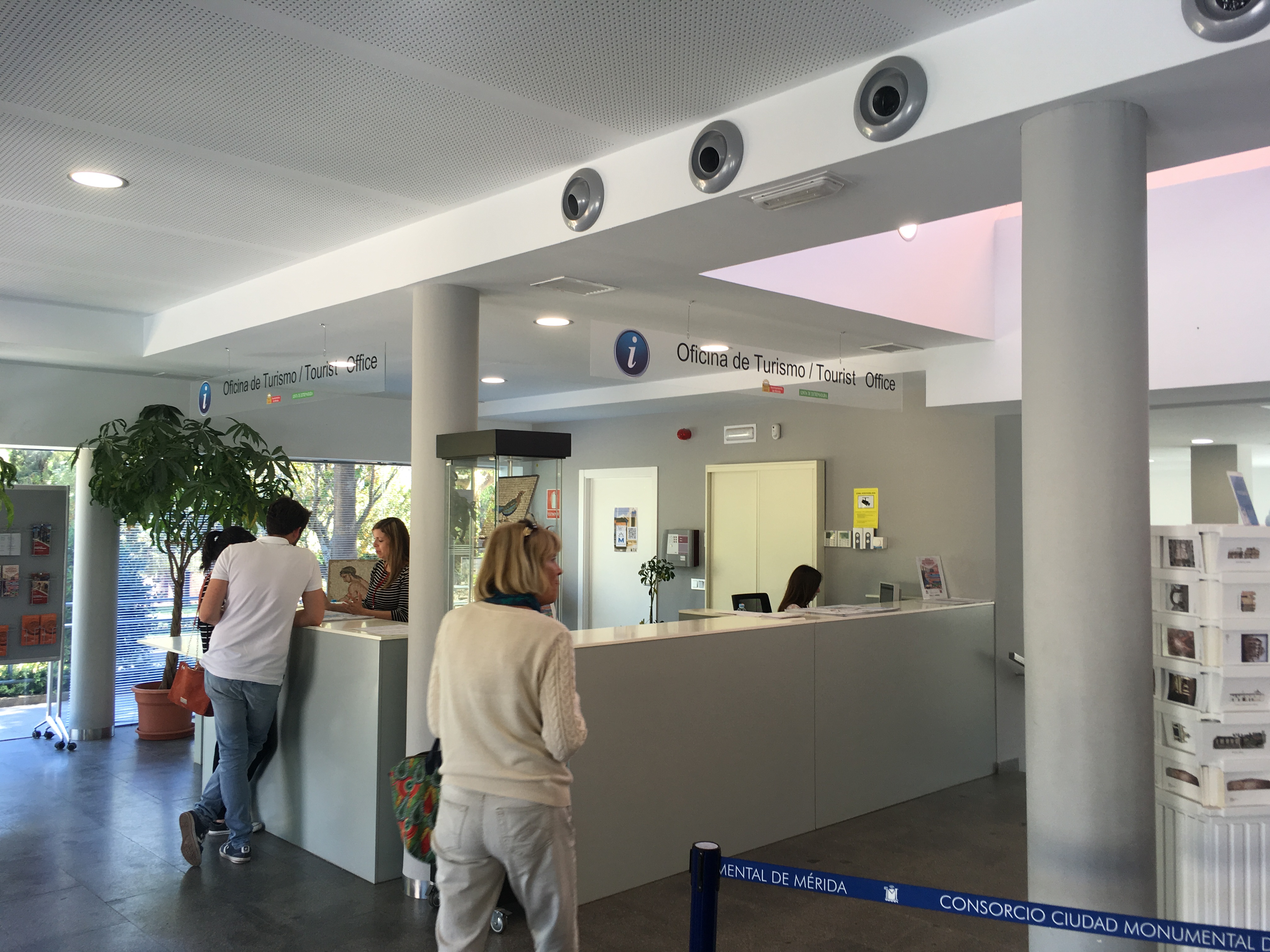 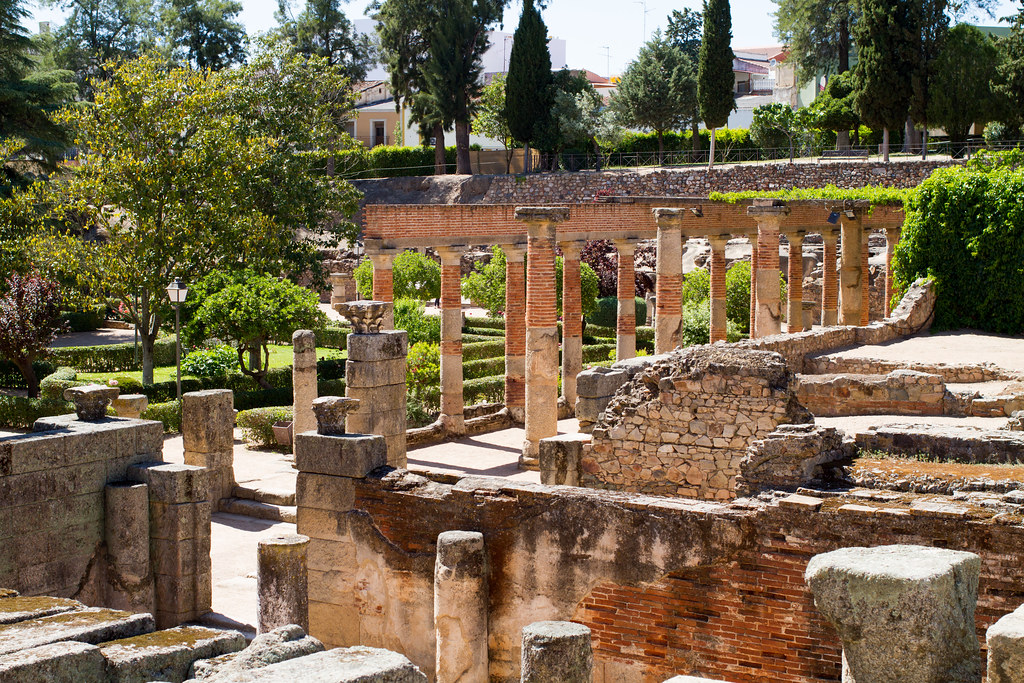 There are several ruins scattered throughout the city, but this time we focused on the most popular and largest of the ruins remaining in the city, the Roman Theater, which is said to have been built by Agrippa. 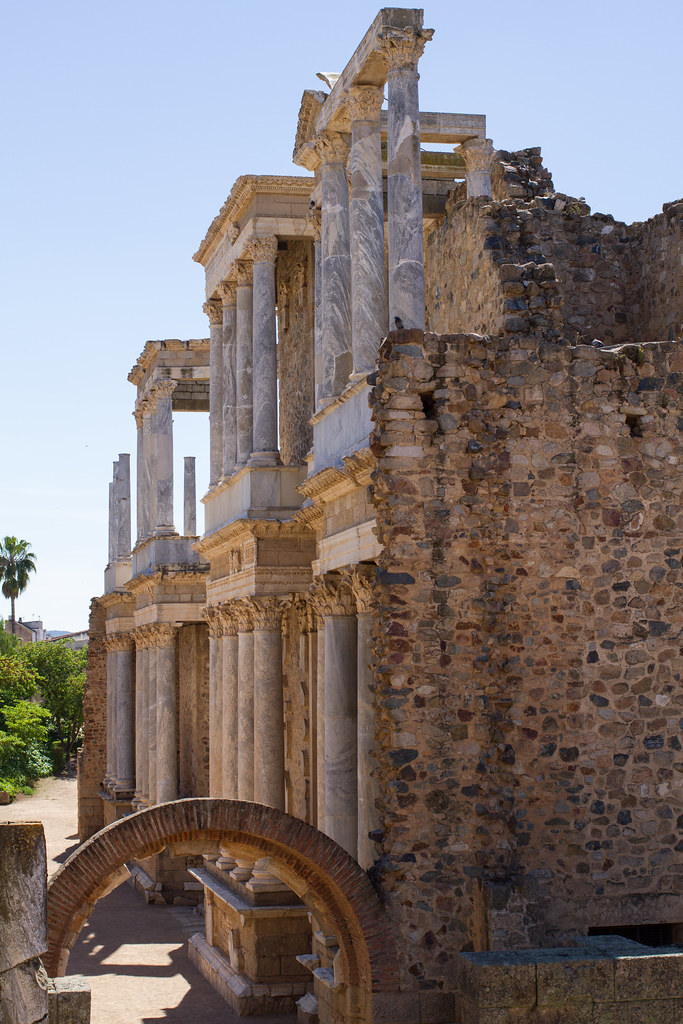 There is also an « amphitheatre » on the grounds where the Roman Theatre is located. 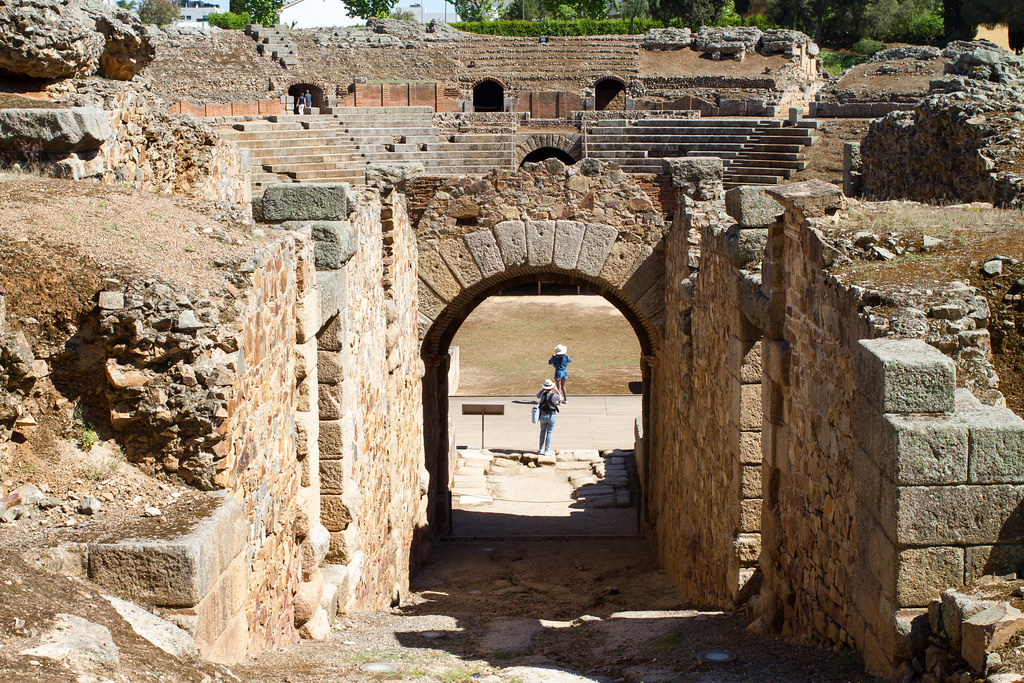 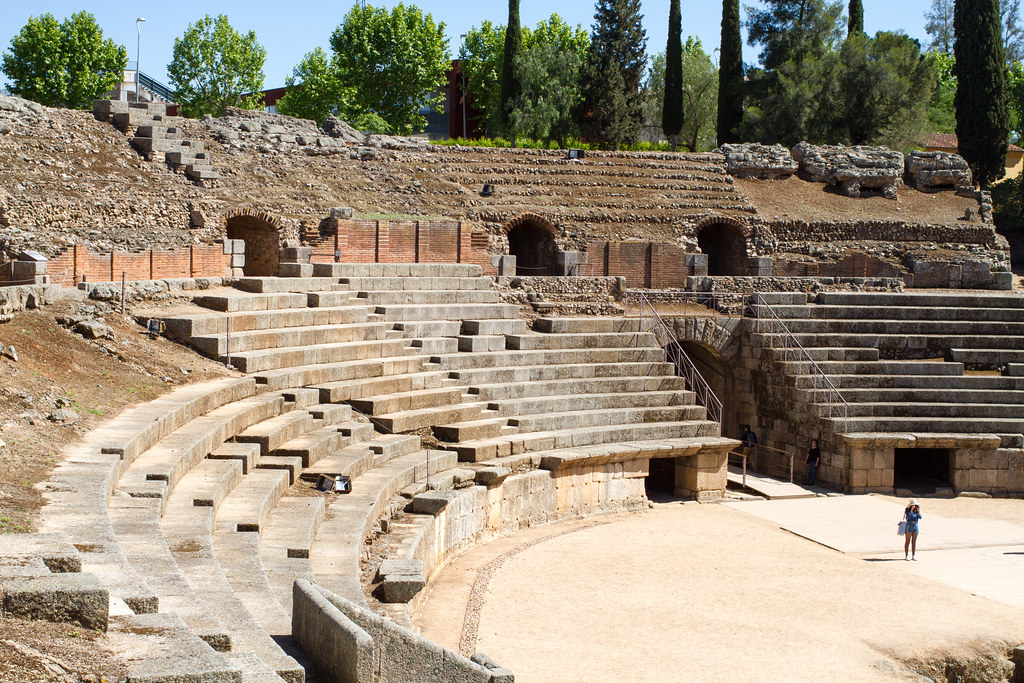 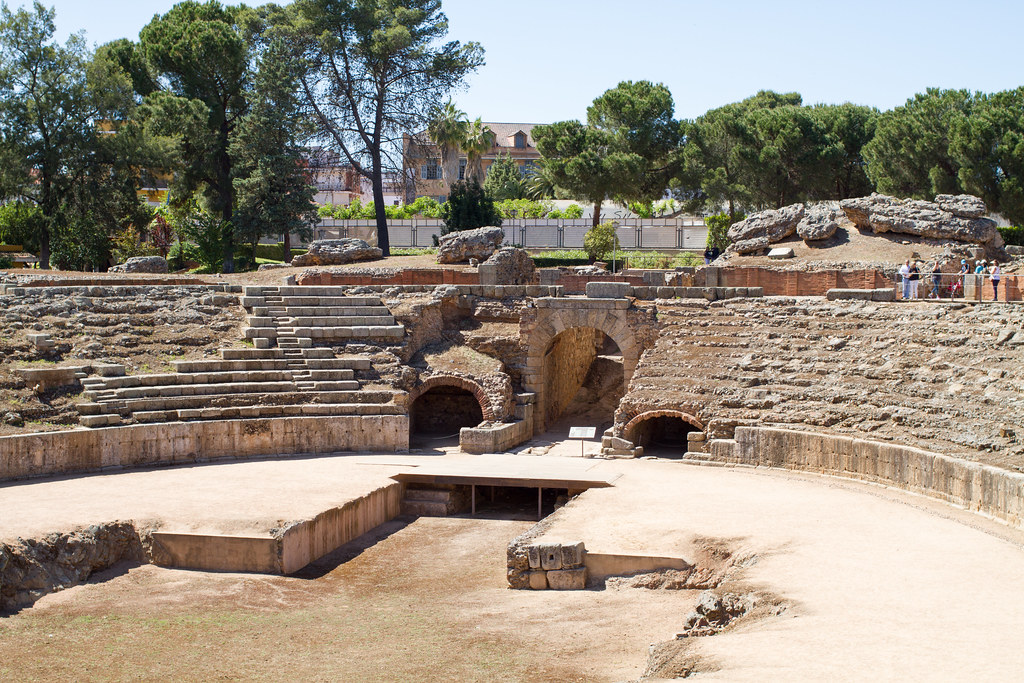 In addition, there is a museum just opposite the site of the Roman Theatre. It was said that there are many excavated items that can be traced back to the Roman era on display, but we didn’t visit the museum this time because of the time constraint (rather, it was too hot for sightseeing).

It was hot anyway!

It’s over 35 degrees Celsius in Estremadura, western Spain, even in early May. The hottest time of the day in western Spain is 4:00 p.m. to 5:00 p.m. It was so hot that we had to take a break in the shade from time to time, because the weather was perfect without a cloud. 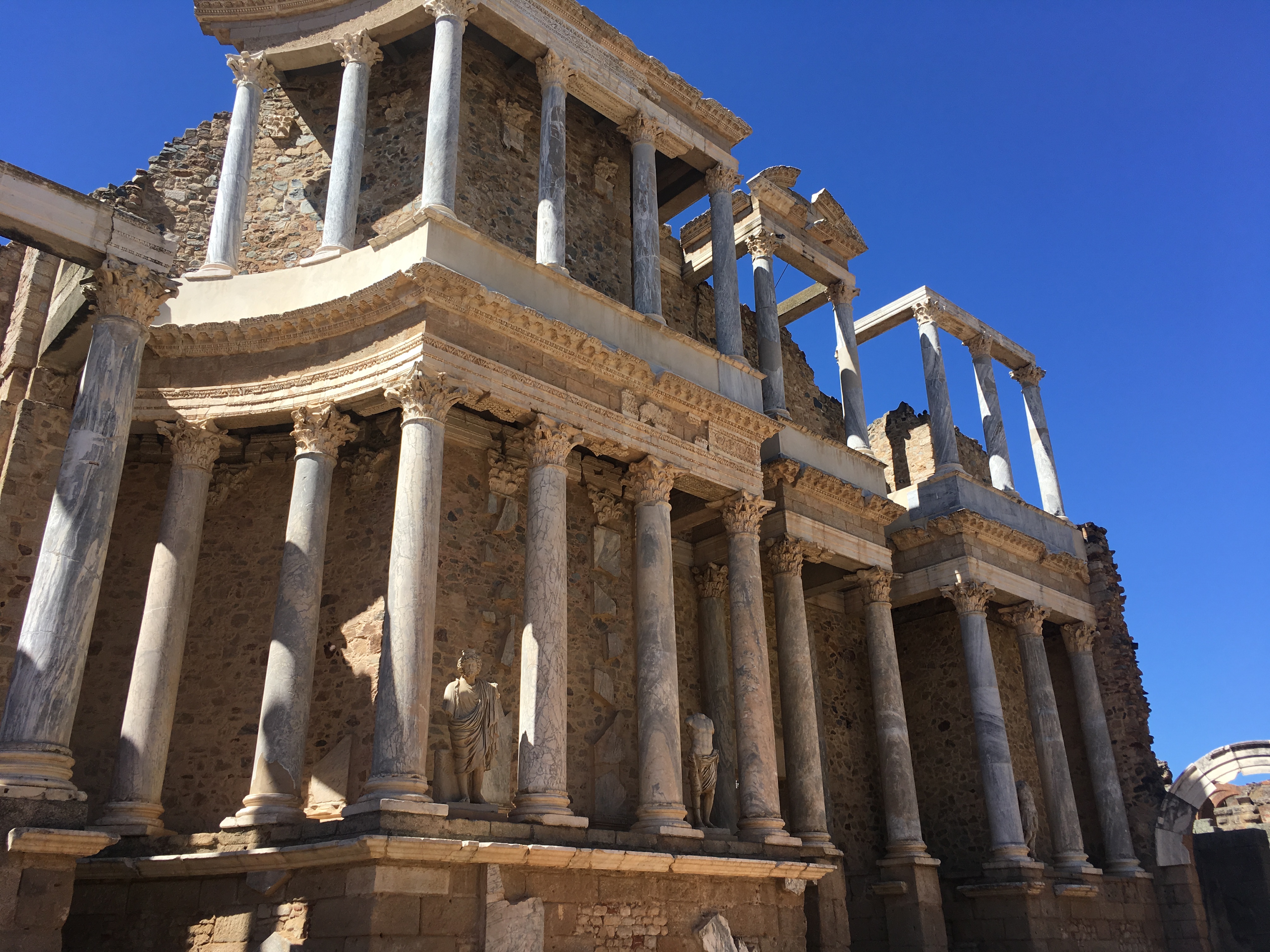