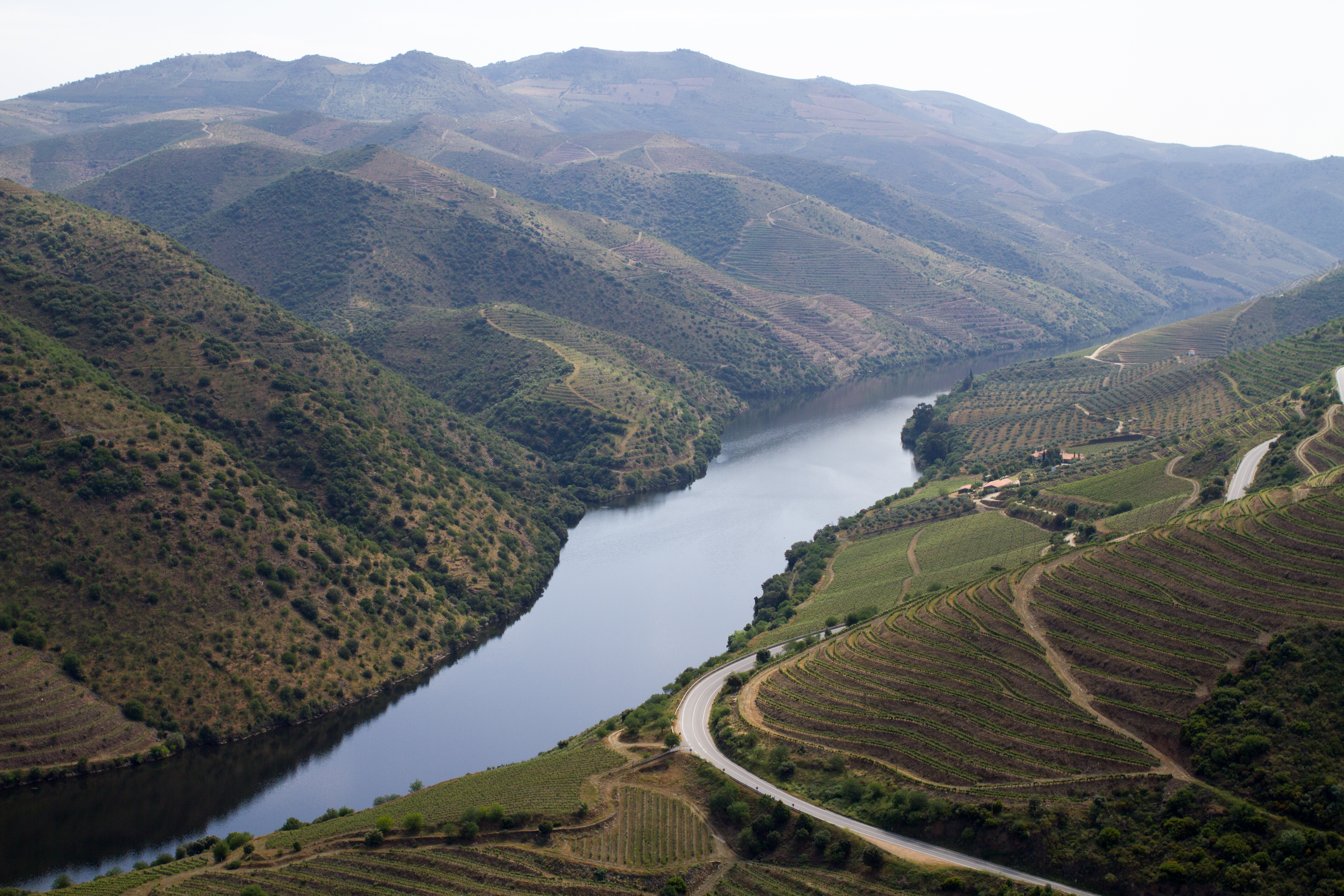 First up in Part 3 is the prehistoric rock art sites of the Coa Valley and Ciega Verde in northeastern Portugal.

What is Core Valley?

Numerous Late Paleolithic works have been discovered on the Iberian Peninsula. The rock art sites in the Koa Valley are known to be one of the best examples.

Painting in the Coire Valley is said to have developed over 25,000 years ago. There were two main periods of painting – the Late Paleolithic and the Second Iron Age.

Guided tours are available and must be booked in advance.

In contrast to the Altamira and Lascaux caves, which are also World Heritage sites, three of the existing rock art areas (Canada do Inferno, Riberia de Piscos and Penascosa) are open to the public and can be viewed on can be seen on a guided tour.

But of course you need to book in advance. It seems to be possible by e-mail or telephone. E-mail would be convenient. It is said that the time of the tour is about 3 hours.

As it turns out, you can book this guided tour by phone or email. Alternatively, you can go to the local Museu do Côa (Museum of the Côa) and book directly. 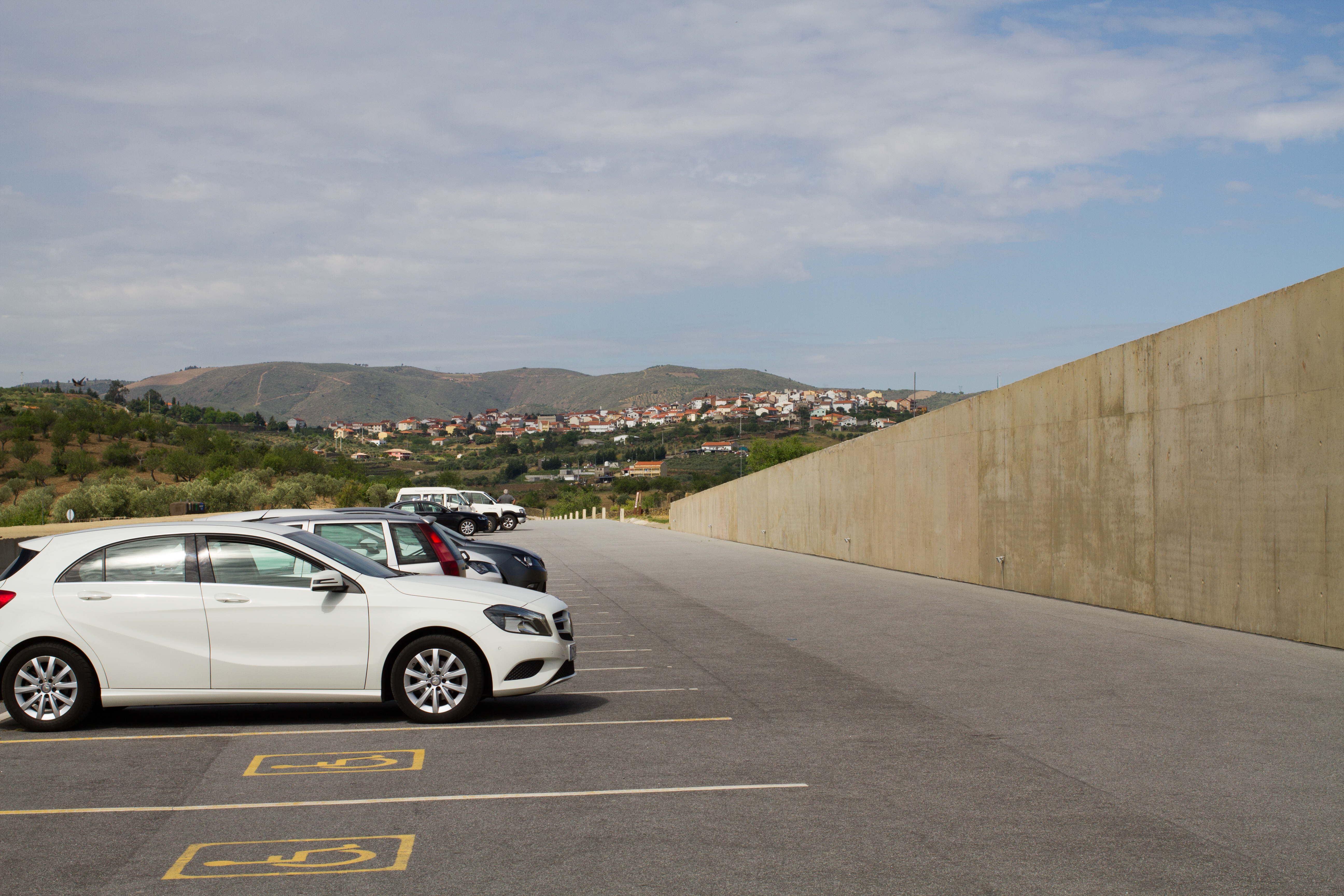 Here are some maps and photos of the local museum. Let’s start with the location. This museum is located on the outskirts of the city called Nila Nova de Foz Coa.

As for the way to this museum, there was an information board, etc., but it was quite inconspicuous, so I put the link of the place below.

I actually had to do it this way, but my schedule didn’t allow it, so I gave up. But in any case, I do not recommend it locally. Because if you can make a reservation on the day is still a blessing, but because the number of guided tours is small, you may not be able to participate in the tour of the day.

If so, you will have to come back later, but it is difficult to kill time because there are no sightseeing spots around here. Therefore, it is better to make a reservation in advance because you will lose a lot of time (especially if you have a short trip like Japanese).

The guided tour to see the actual rock art seems to be from a small town called Muxagata, south of the town called Nila Nova de Foz Coa (the first town I visited). You will probably have to drive there. But there is no other way to get to this museum except by car.

The museum itself is open to visitors without reservation.

Well, I gave up the guided tour to see the real rock paintings because of my schedule, but you can visit the Museu do Côa, which is the window to apply for the tour, for about 4 euros. 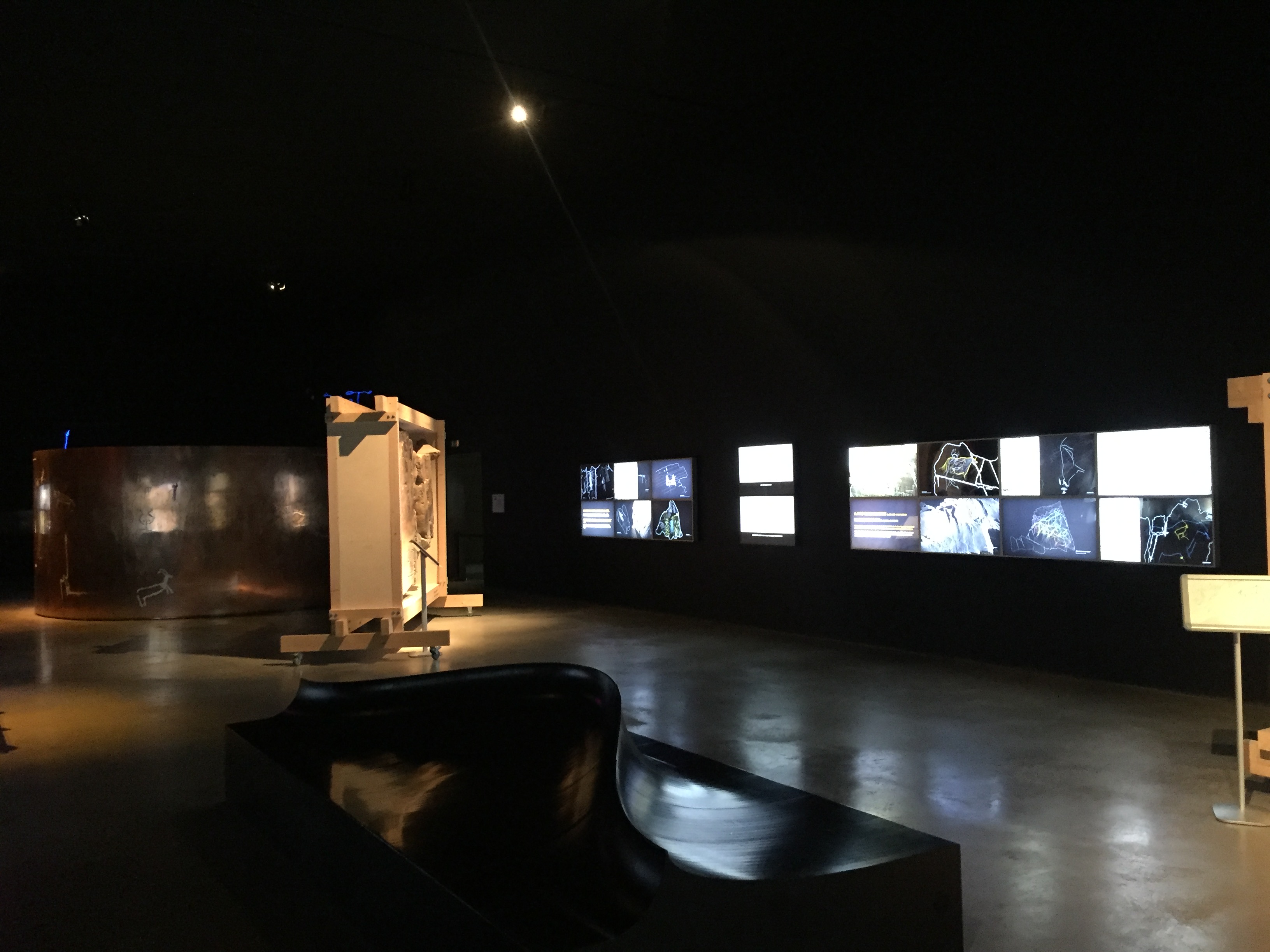 Here, there were about eight rooms with explanatory panels about the distribution of rock paintings in the Koa Valley (where they were painted) and how and why they were painted. The explanations were also available in English. 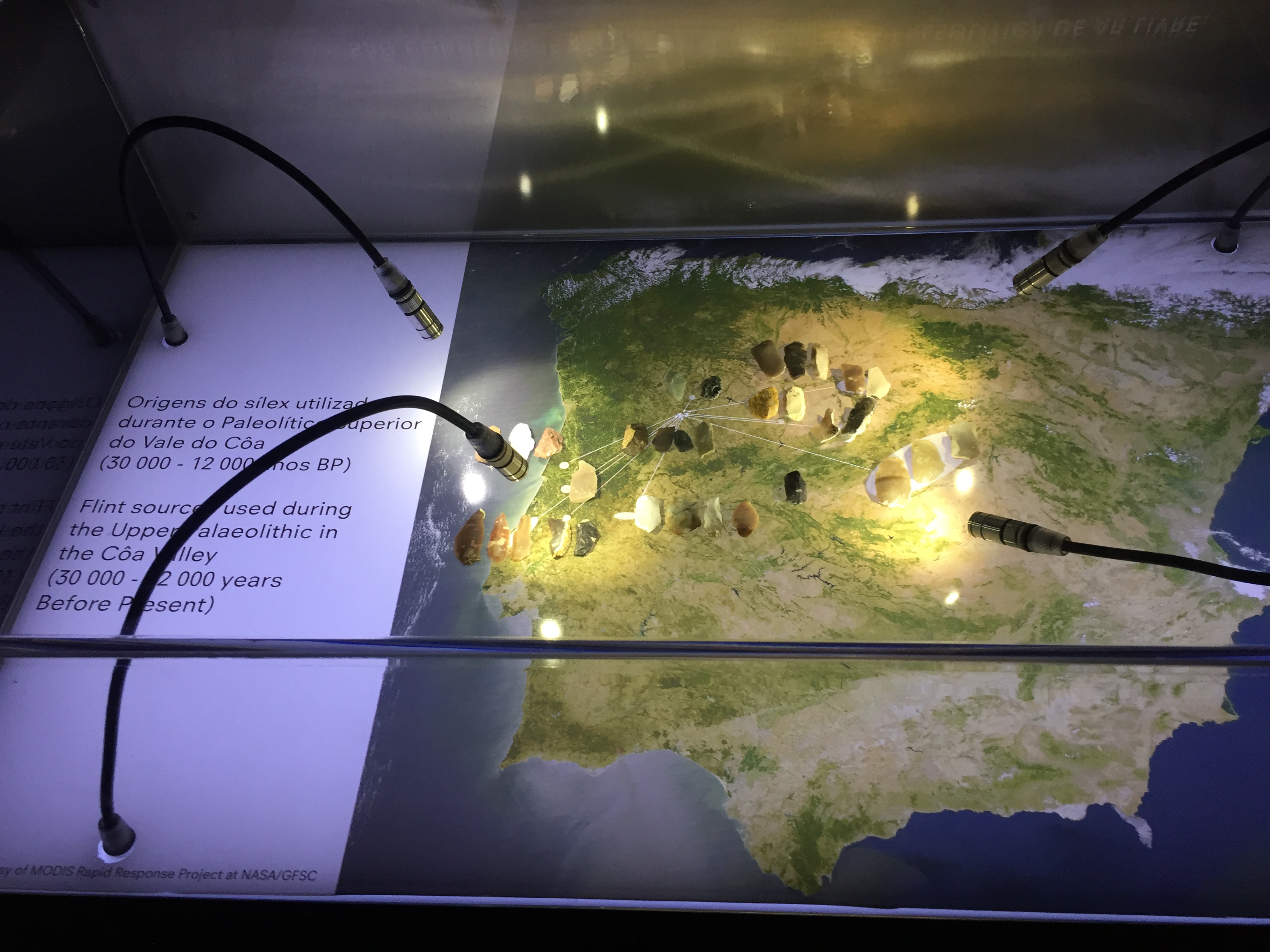 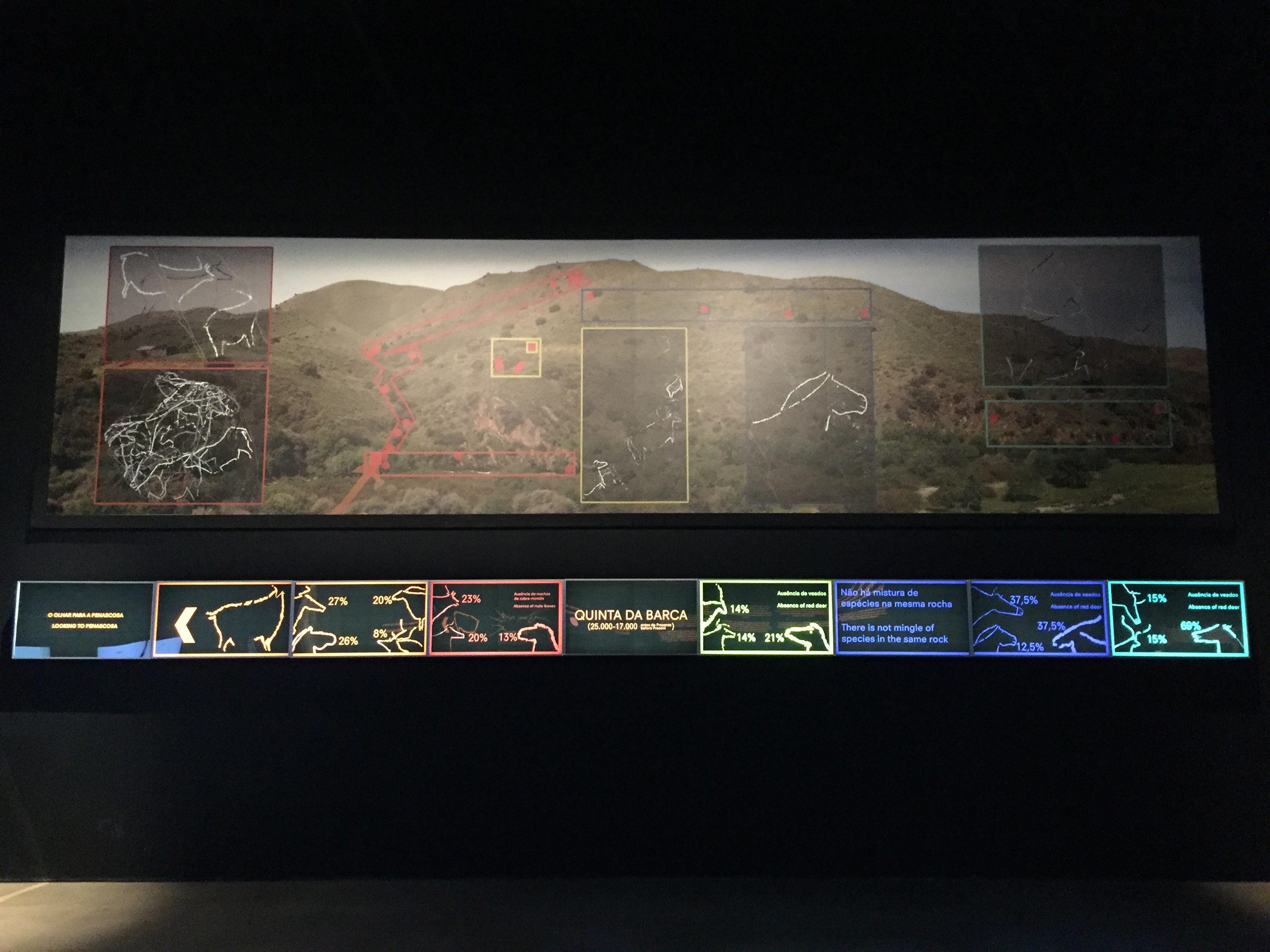 It is said that humans first settled in the Koa Valley 30,000 to 10,000 years ago. This can be inferred from the remains of caves that existed in the area. At that time, large herbivores such as horses also lived here. Therefore, it is said that many pictures of such animals were drawn on the wall paintings in the cave. 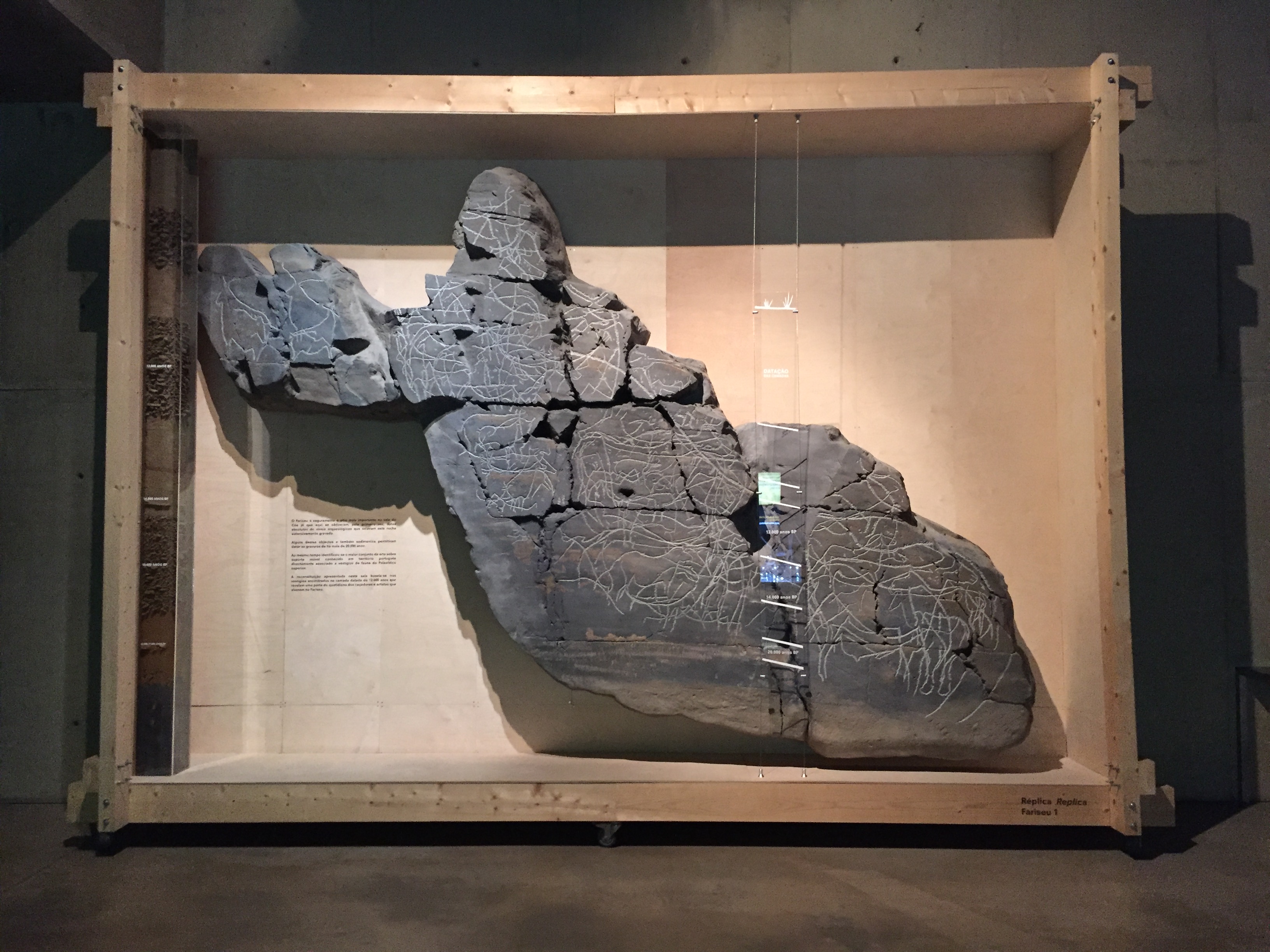 The first accounts of Late Paleolithic painting date from around the middle of the 19th century. This is just at the beginning of the discovery of these sites. There are many theories as to why these paintings were written. 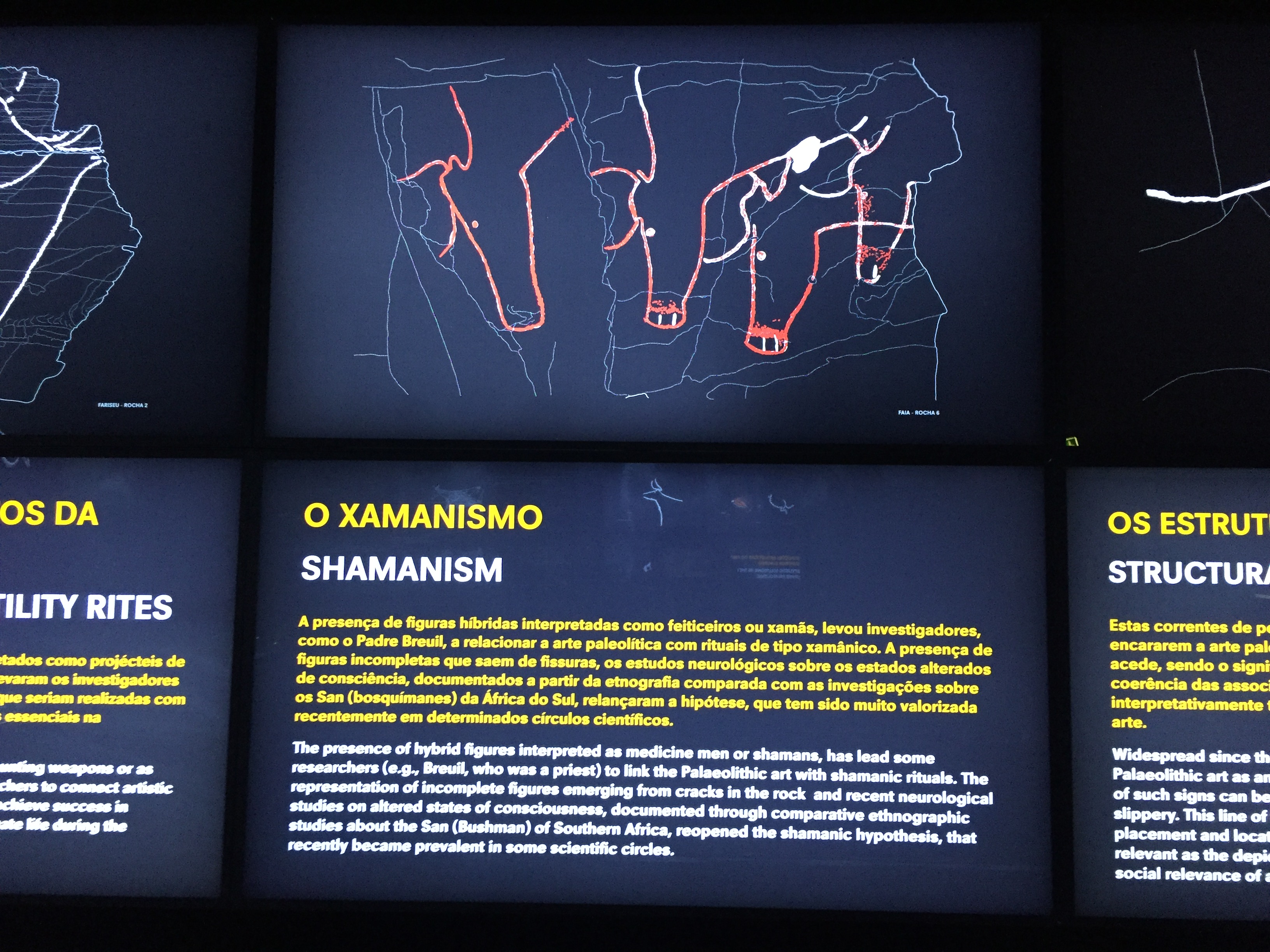 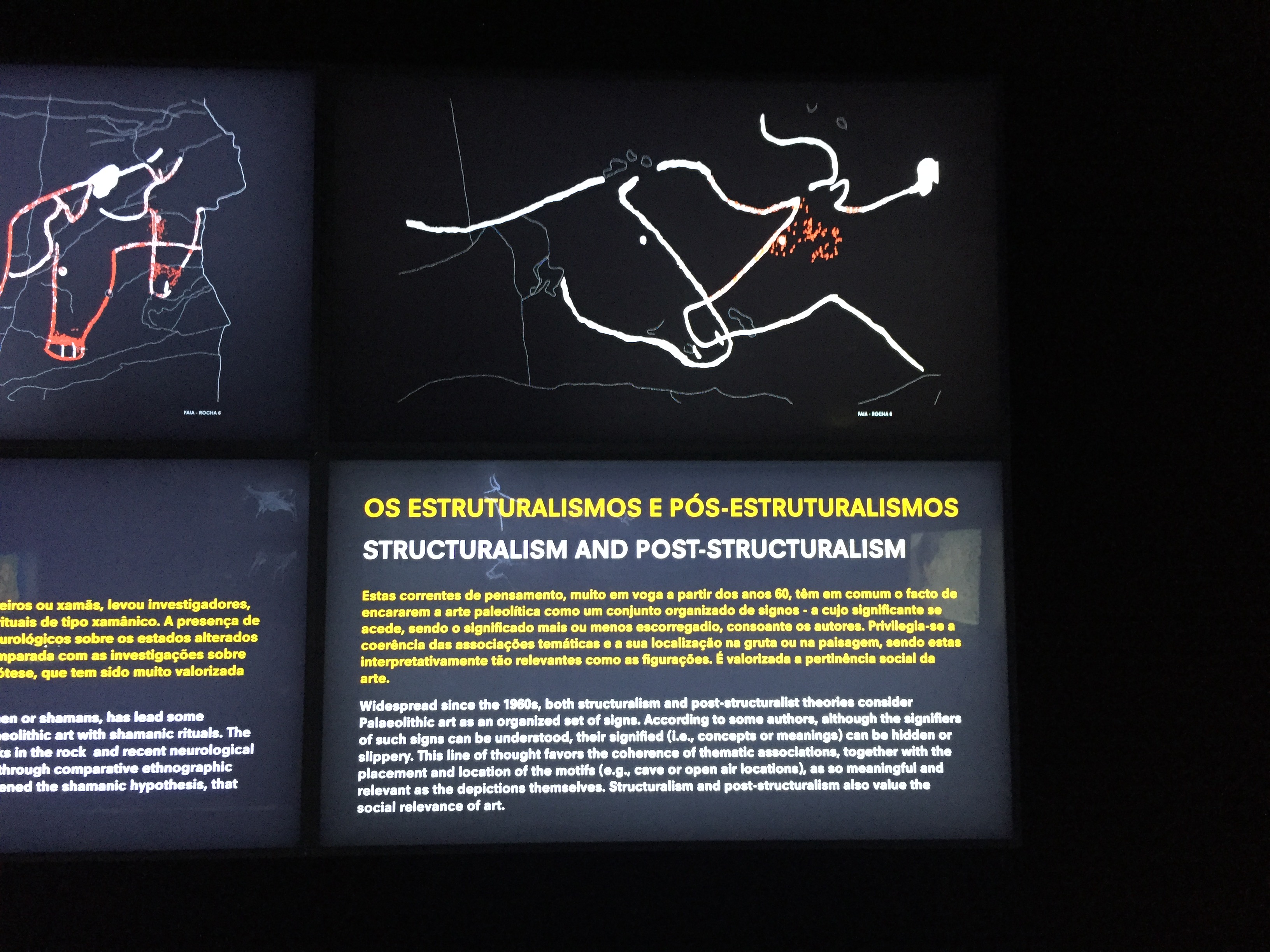 In any case, however, it seems certain that the people of the Late Paleolithic period possessed a well-developed capacity for the production of refined and beautiful works of art.

The view of the Koa Valley from the terrace of the museum was fantastic! 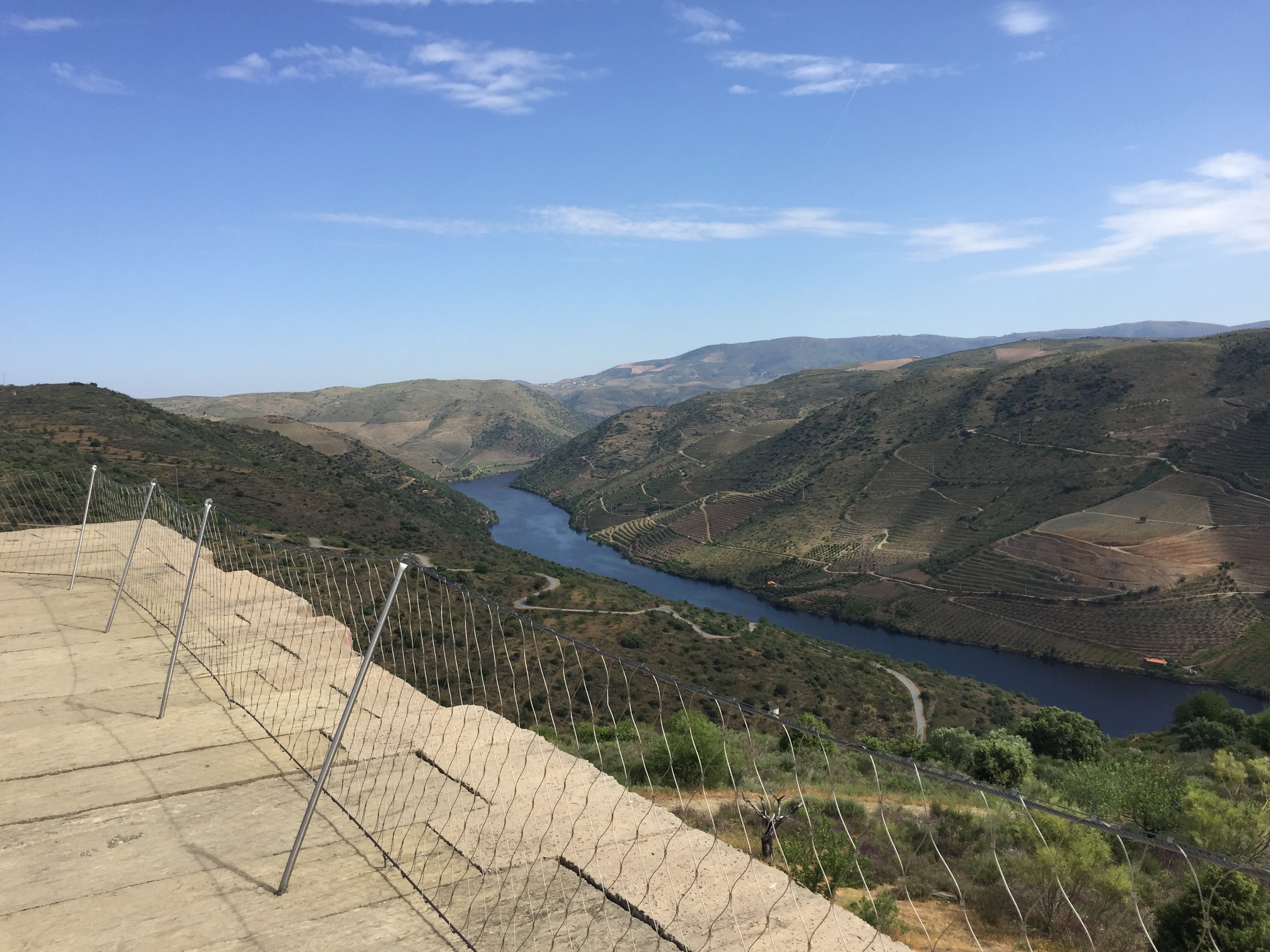 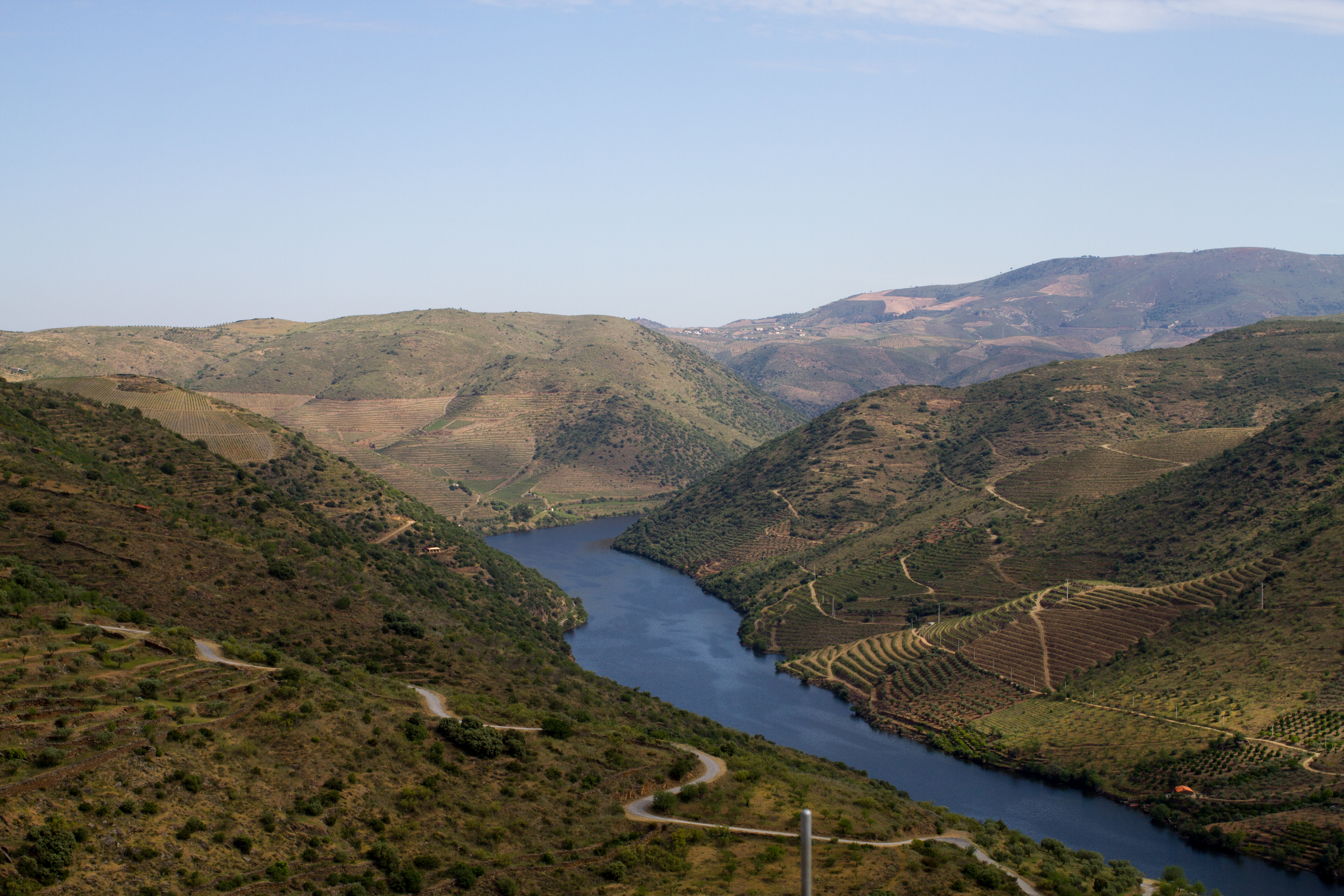 There was also a very nice restaurant in the museum. I think the guided tour and this restaurant is enough to spend a whole day.

In addition, the town « Nila Nova de Foz Coa » at the entrance of this valley was also very beautiful and typical Portuguese atmosphere. 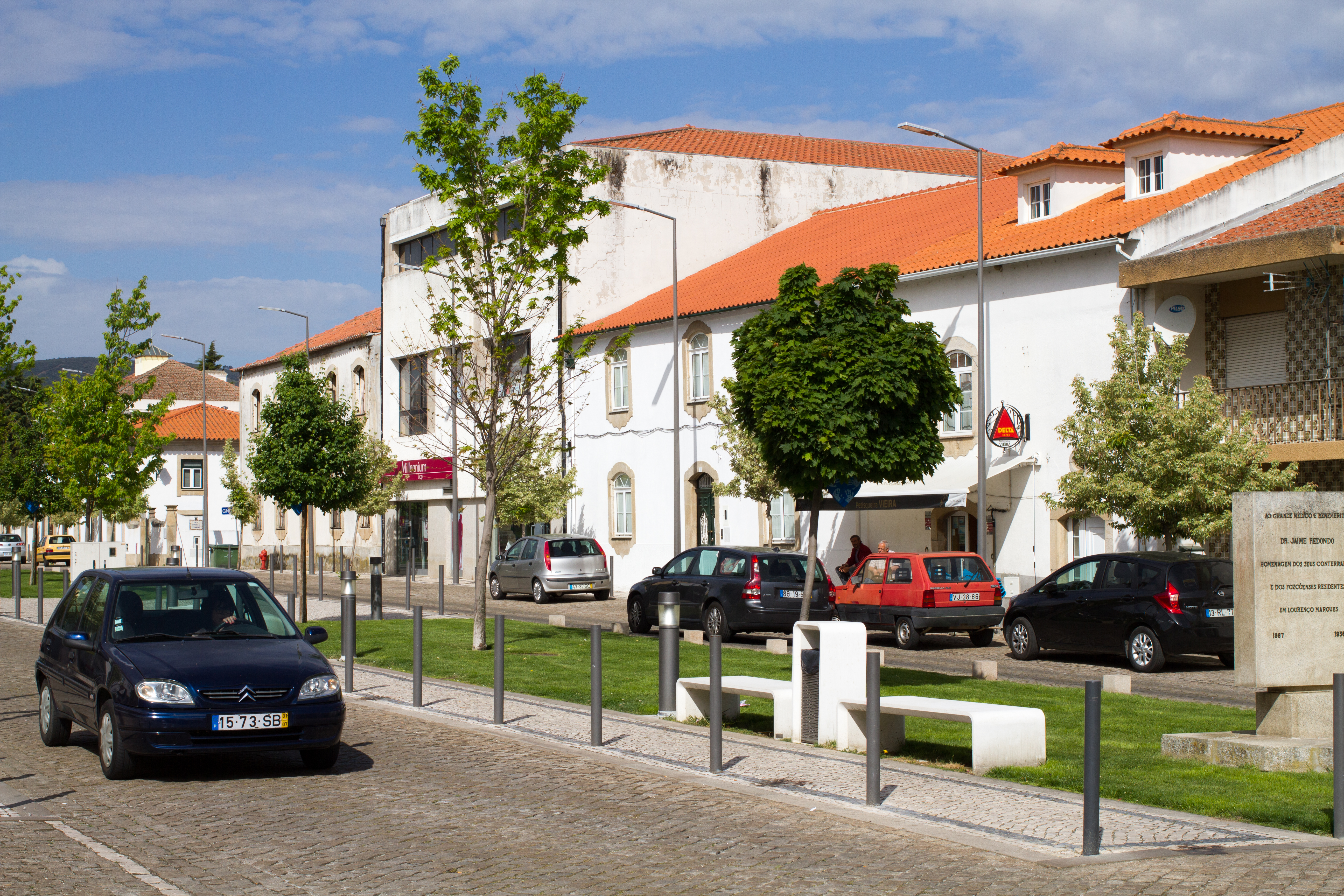 I had lunch in this city and it was very nice. I’m going to write about it in another article. 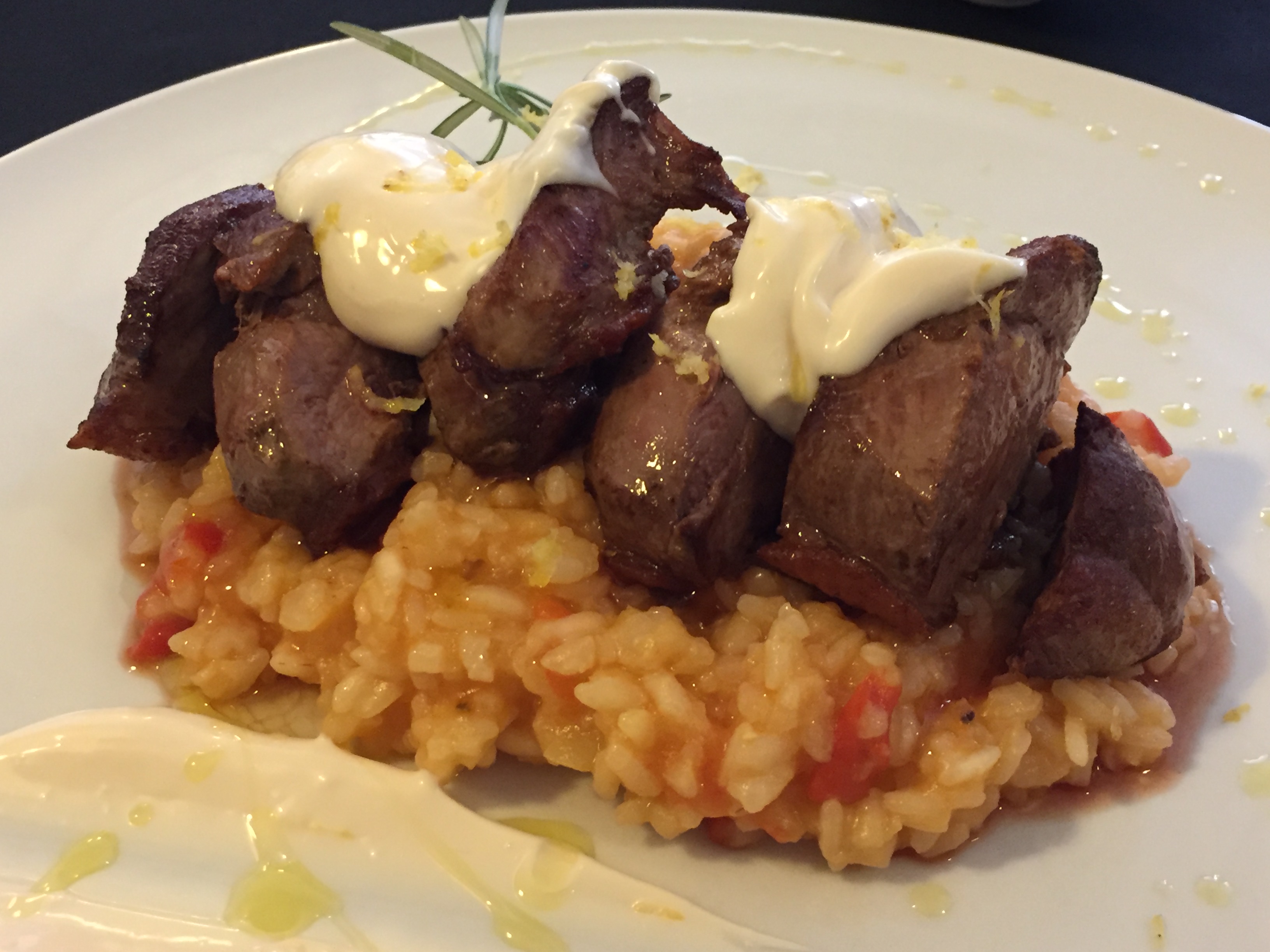 Germany and the Enclave Tour Autumn 2015, No. 22: Bergparc Wilhelmshöhe, a World Heritage Site with very beautiful autumn leaves outside Kassel.

Once again, I realized that Germany is a country with very beautiful autumn leaves.Visit date: November 1, 2015, weather...

イスラム、キリストと続いたので最後はユダヤで。Tower of DavidLast day in Jerusalem, we still have time. After lunch, we went to the Tower of Dav...

Date and time of visit:.November 1, 2014.This was the third day and the last day we could do a full day of sightseeing. ...
Chinchón, the most beautiful village in Spain No.26 ★★★★☆
April 2017 Travel to Western Spain and Portugal Part 3: World Heritage No. 2 – Historic Centre of Guimarães
Page d’accueil
April 2017 western Spain and Portugal of the journey
タイトルとURLをコピーしました