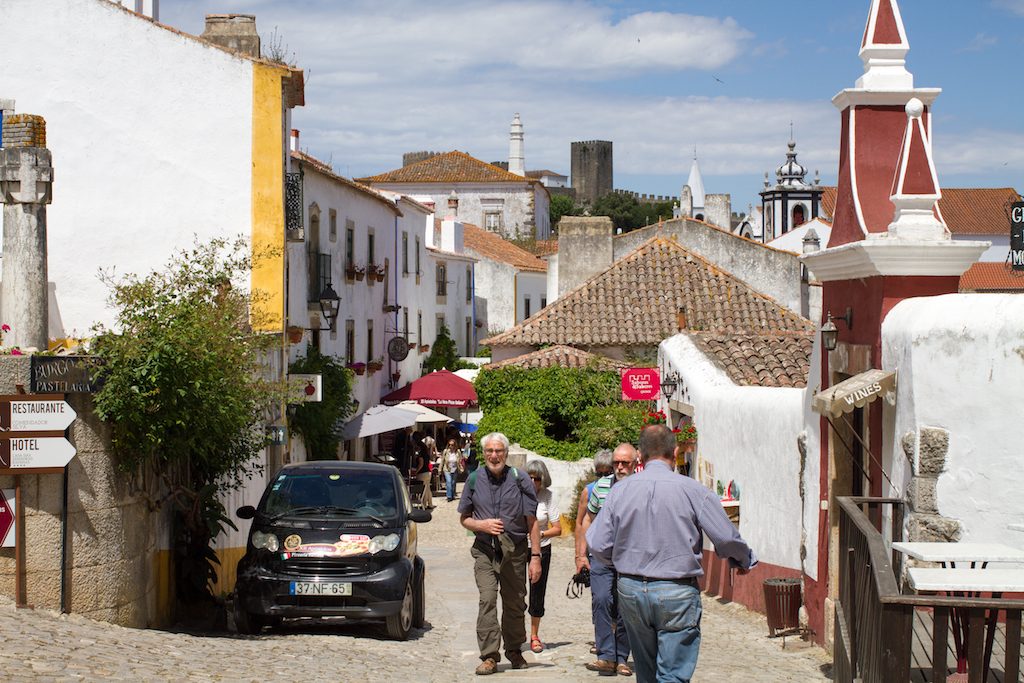 This is another city that embodies the image of Portugal that I have. It’s a small town, but it’s a beautiful city surrounded by a wall, with beautiful white walls and small houses decorated with azulejos. This time, I headed to this city from the northern direction.

Despite the fact that the arrival was just after noon, and that it was sunny, and crowded with many tourists, the parking lot space immediately to the city is very few, I thought that it would be difficult to park, but luckily I could see the space for one car, I could park at the same time as arriving without difficulty It was possible. 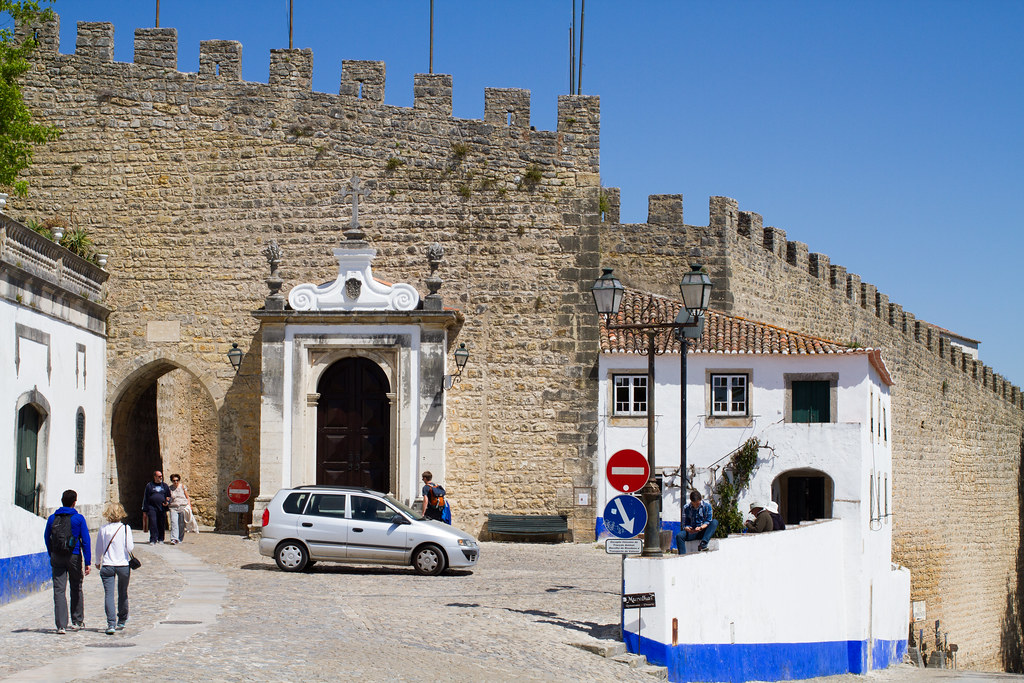 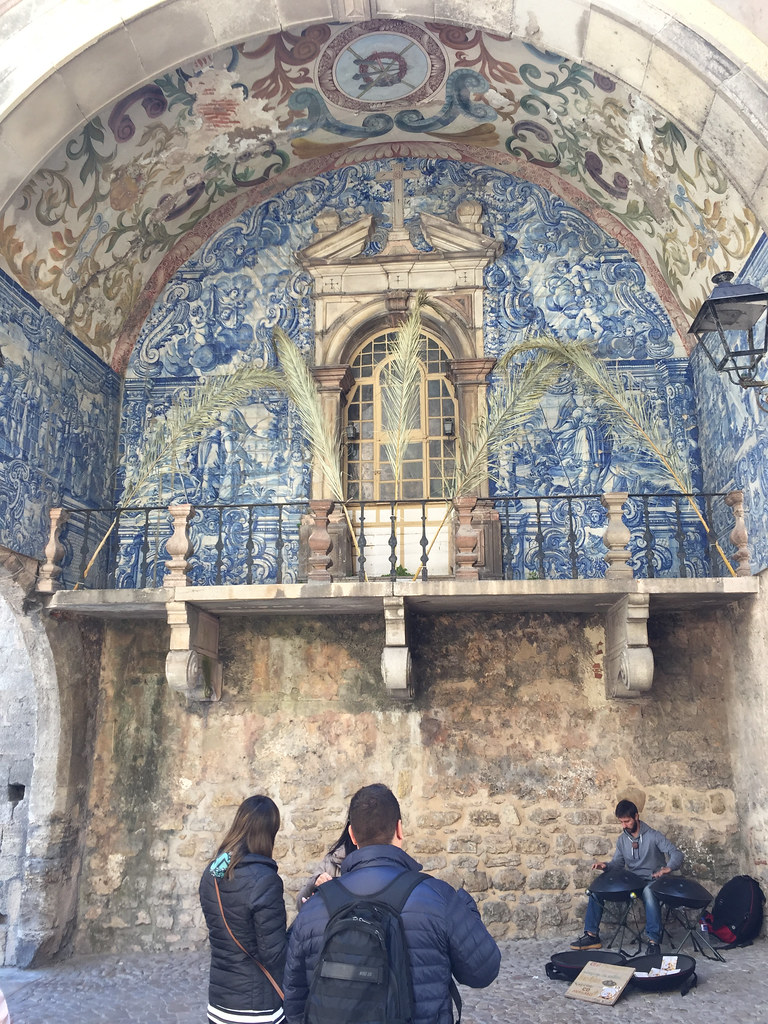 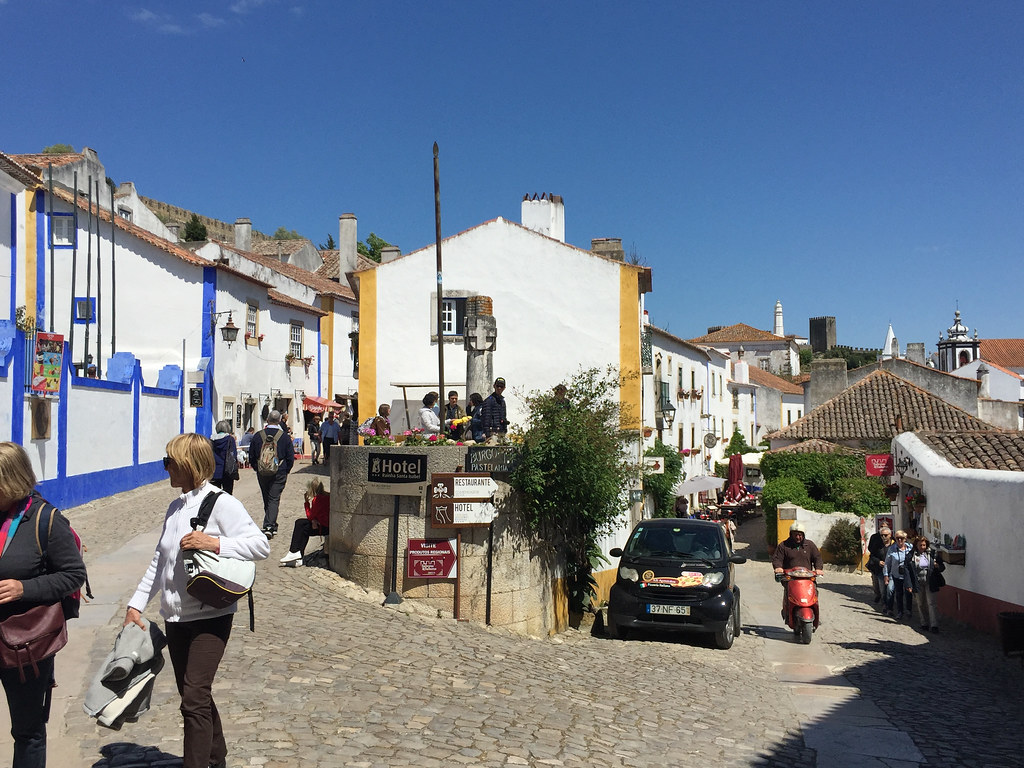 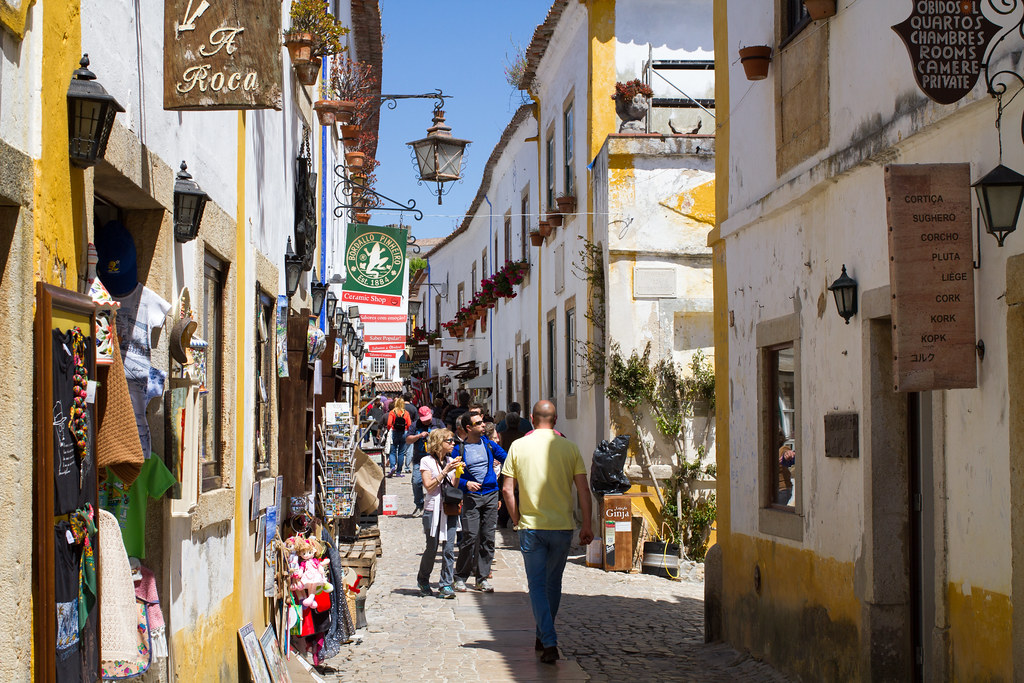 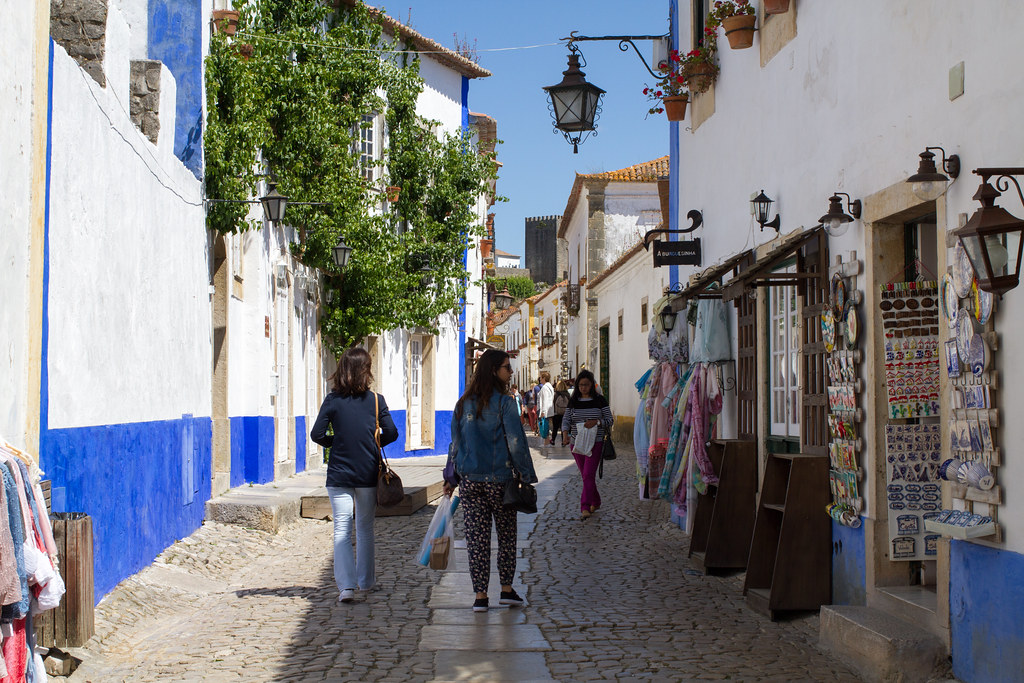 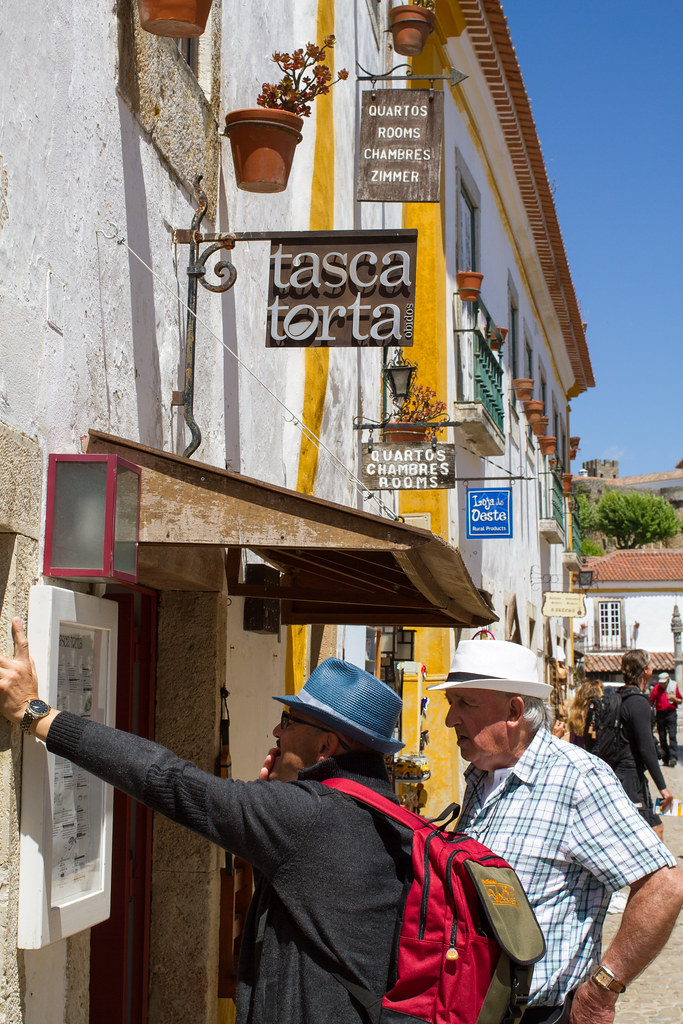 By the way, there were many Japanese and Chinese tourists. I certainly saw Asian tourists in Porto, but even in Porto, there were not as many as in this city. After all, was it influenced by the fact that it was close to Lisbon?

Now, since the arrival was just noon, we had lunch time before sightseeing. Basically, there is one main street, and there are a number of restaurants along this street where many souvenir shops are located. As usual, I checked TripAdvisor for good restaurants. I chose this restaurant, and it was very good. In Portugal, octopus is often served. It wasn’t raw, but it was very fresh, tender and delicious. I don’t remember the details of the main dish, but I think it was lamb or something with orange sauce. 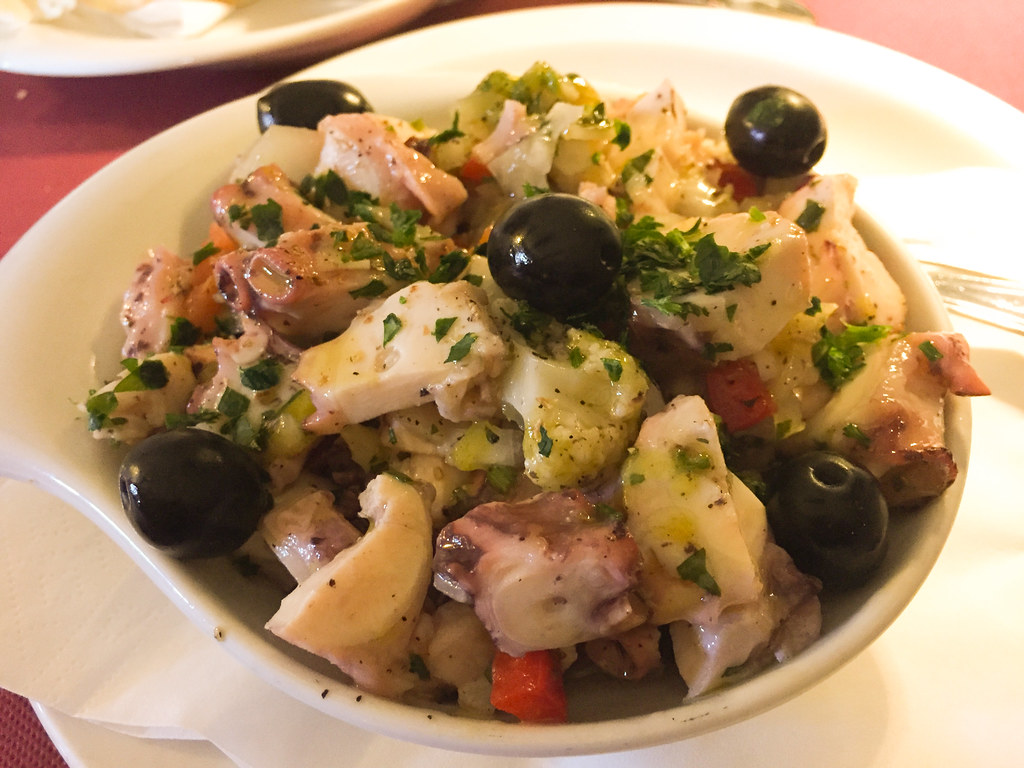 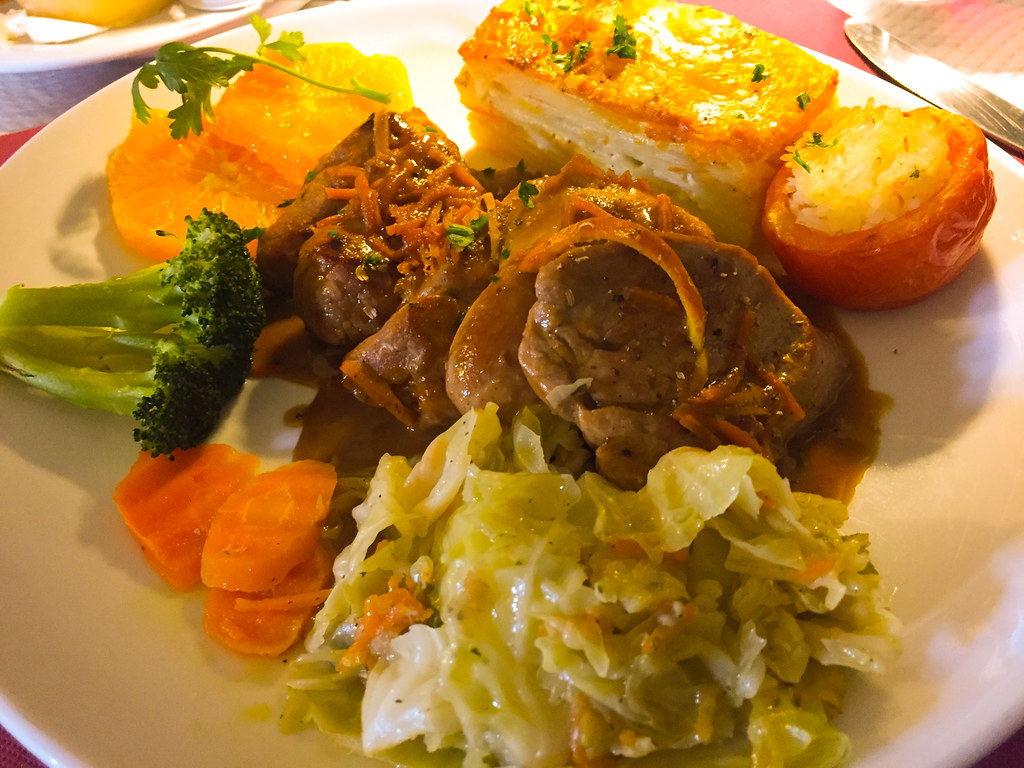 After lunch, we took another walk around the city. It was fun enough just to look at the buildings and take pictures. 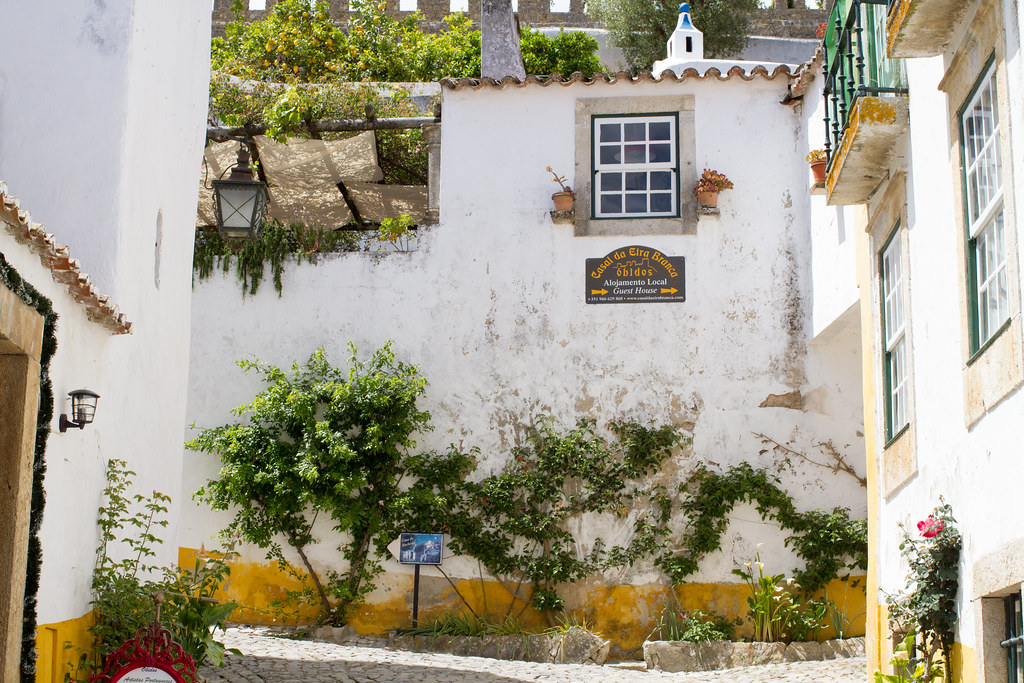 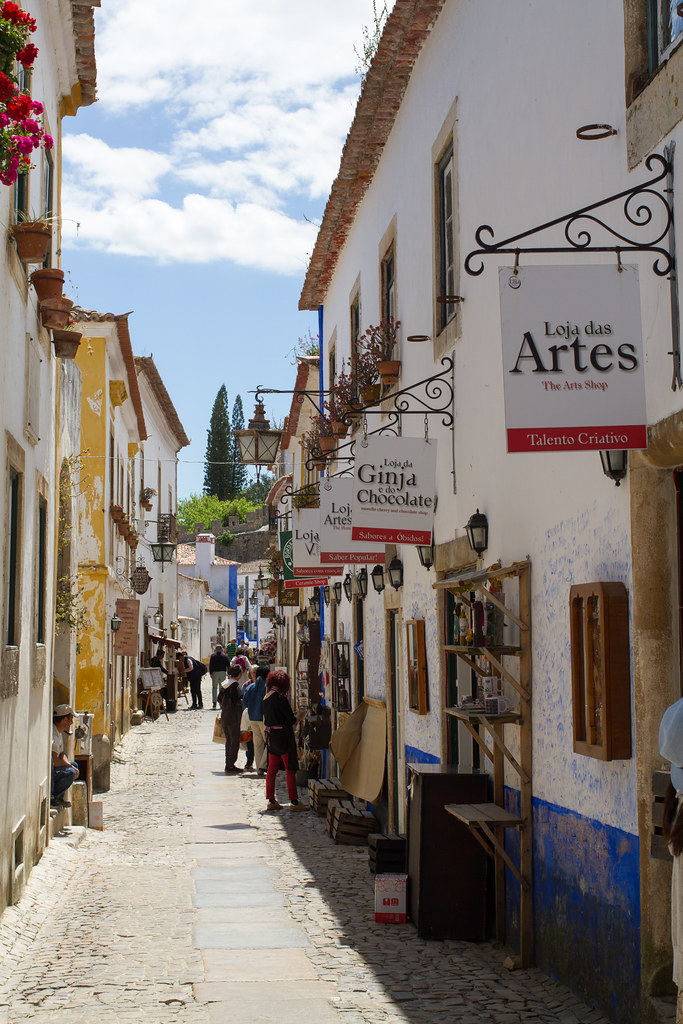 The Castelo, at the top of the hill, now seems to be a posada. Some of the ramparts can be climbed, so it is highly recommended to view the city from two places: the Castelo side and the entrance side of the city.

The view of the city from the ramparts on the entrance side was particularly beautiful; the photo on page 2 of the 2017 Globe-Trotter is of this scene. 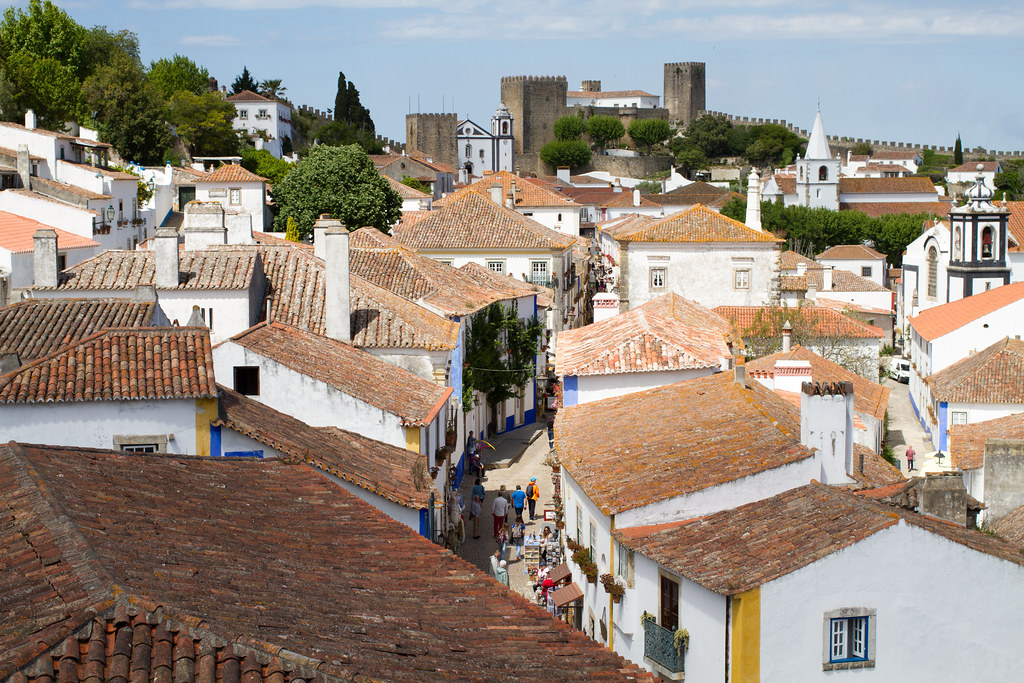 And finally, we went to Santa Maria Church in the center of town. The azulejos inside this church are a must-see. 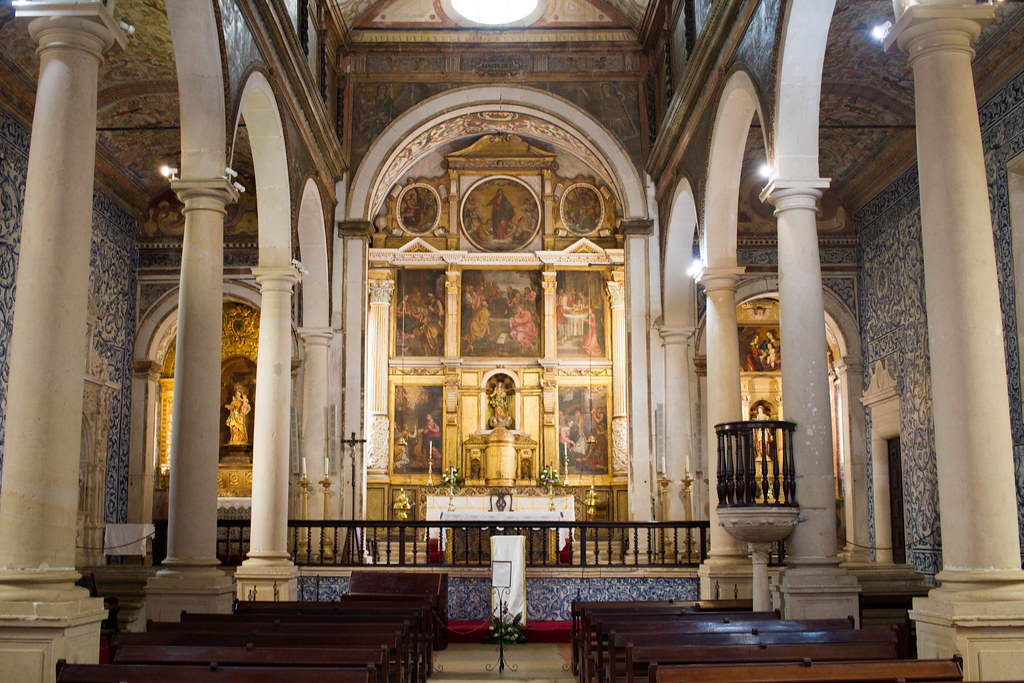 However, please note that the church closes for siesta at lunchtime until 2pm, so plan your visit carefully. Even though I took lunch, it was a bit troublesome to wait until 2pm. I thought I should give up, but my wife, who was scheduled to arrive on the same day, got caught up in a little plane trouble, so I was in touch with her on my iPhone, and before I knew it, it was past 2pm, so I was able to see inside.