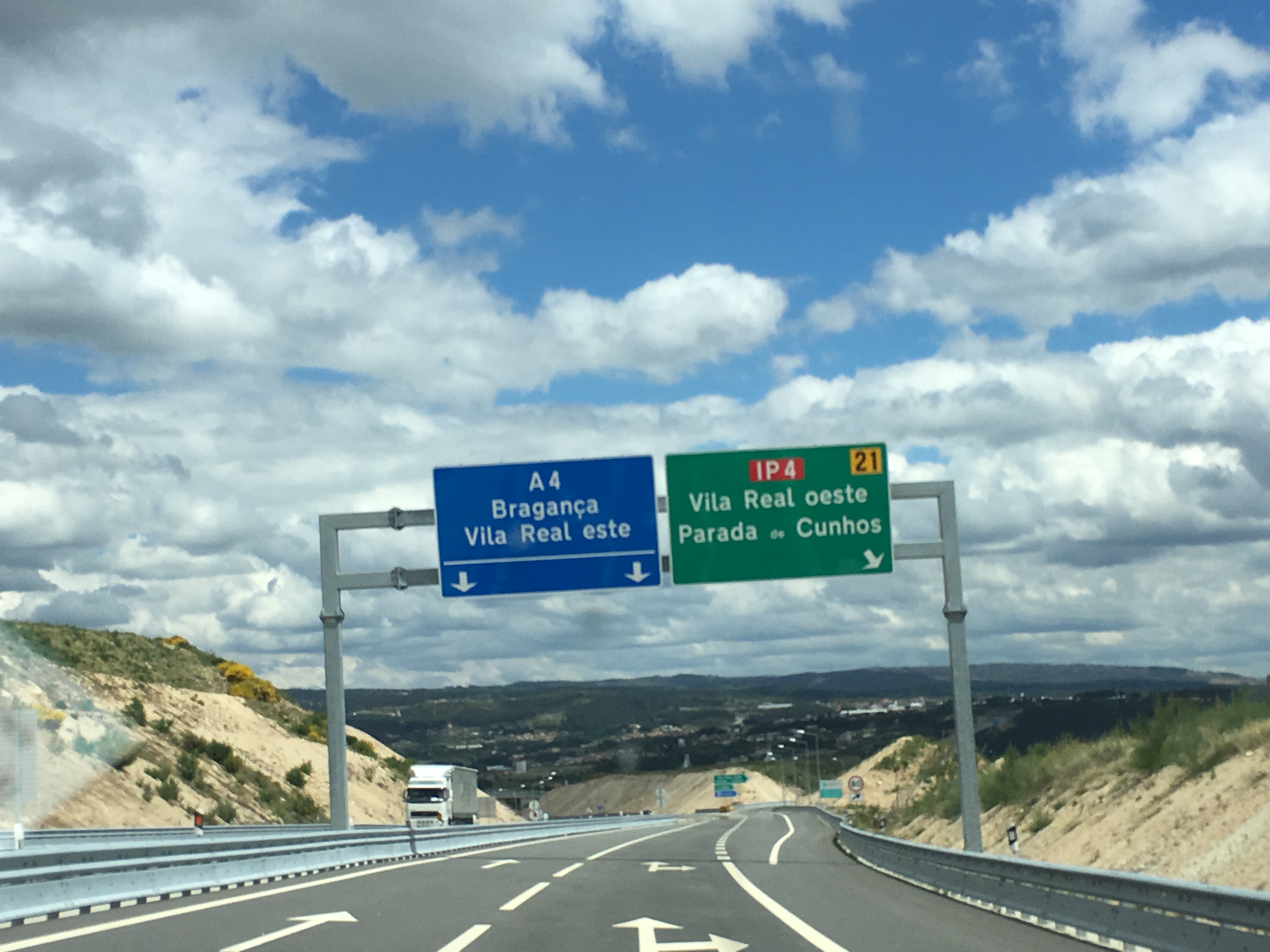 When you travel by car, you will naturally use a lot of highways. In Spain and Portugal, as in other European countries, there is a network of highways all over the country, which is very convenient.

First of all, let me write briefly about Spanish highways.

This time, I didn’t have to pay any money except near Madrid. I think it cost more than I expected in Aragon and Catalunya where I traveled last year, but it is very contrary to that. I wonder why it is so expensive in Japan.

By the way, the country which is famous for free is Germany. It is the well-known Autobahn.

Spain had a lot of well-maintained roads in general. Expressway was also wide and solid, so it was easy to drive. I thought it was the same level of quality as France, but I didn’t agree that the speed limit was 120km/h in spite of it.

No service areas in Spain?

However, in the west side of the country where we traveled, Estremadura, there are often no so-called service areas. Instead, they ask you to get off once and go to the city. But this is sometimes troublesome. Because it is not uncommon that there are several kilometers to the town after getting off the highway. After all, it is more convenient to be located right next to the highway.

Motorways in Portugal are « toll ».

Yes, as the subtitle says, Portugal is a toll-free country. It used to be free of charge, but due to financial difficulties, they started to charge from around 2012. 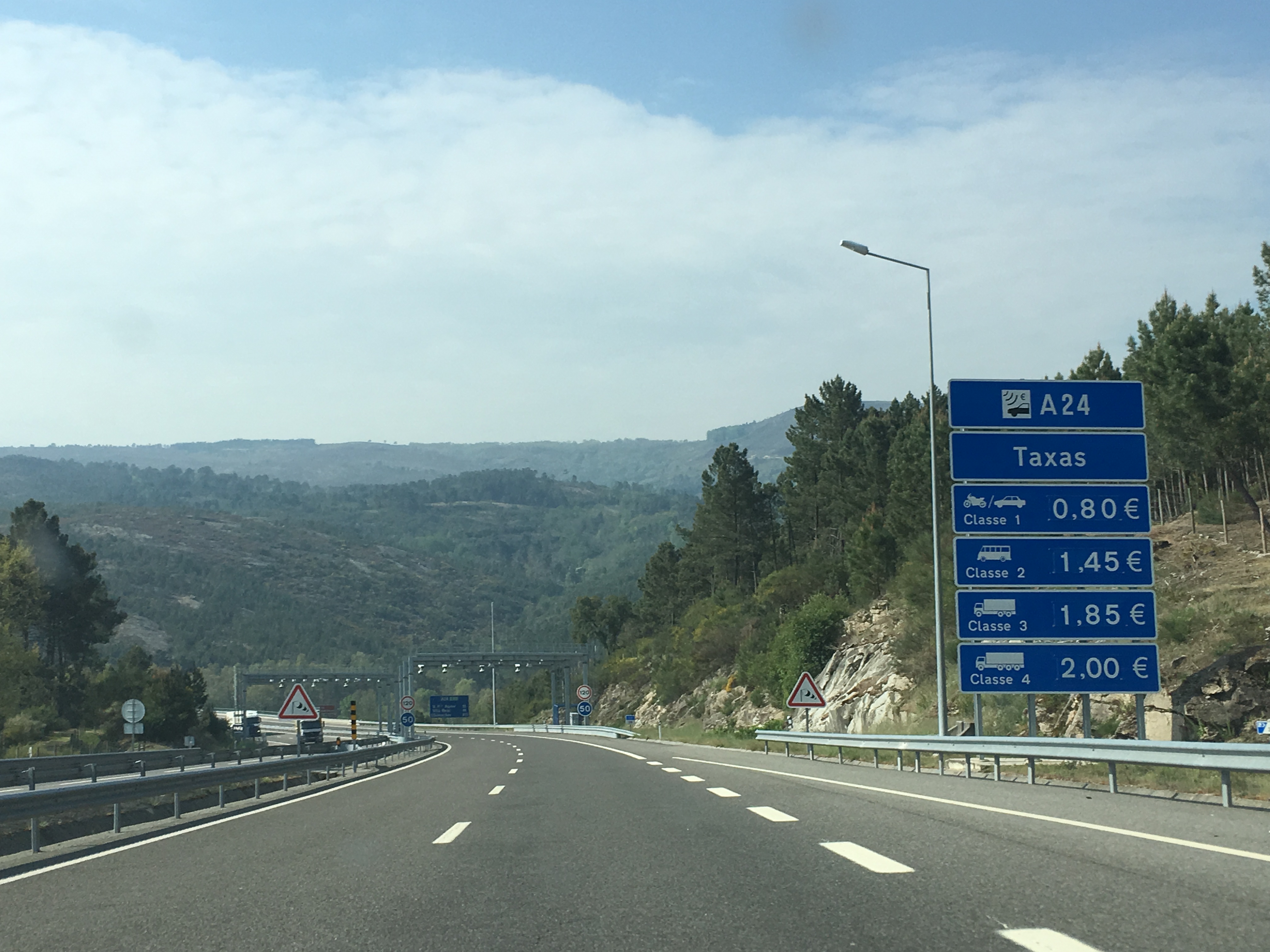 However, if you take a standard car (called Class 1 over there), it’s very cheap, about 1 euro per section at most, so it’s not a big cost.

I don’t know how to pay my highway toll!

The problem, however, is how to pay for that highway toll.

So do rental cars have ETC, and how does ETC work over there in the first place?

If that’s the case, you might think that you can just go to the gate to pay by card or cash, but to your surprise, there are places where you can’t do that, and especially inland and in newer sections, it’s almost always ETC-only.

This is because, as shown in the next picture, there is only such a machine on the ordinary high speed, and there is only a system to record automatically just by passing through. 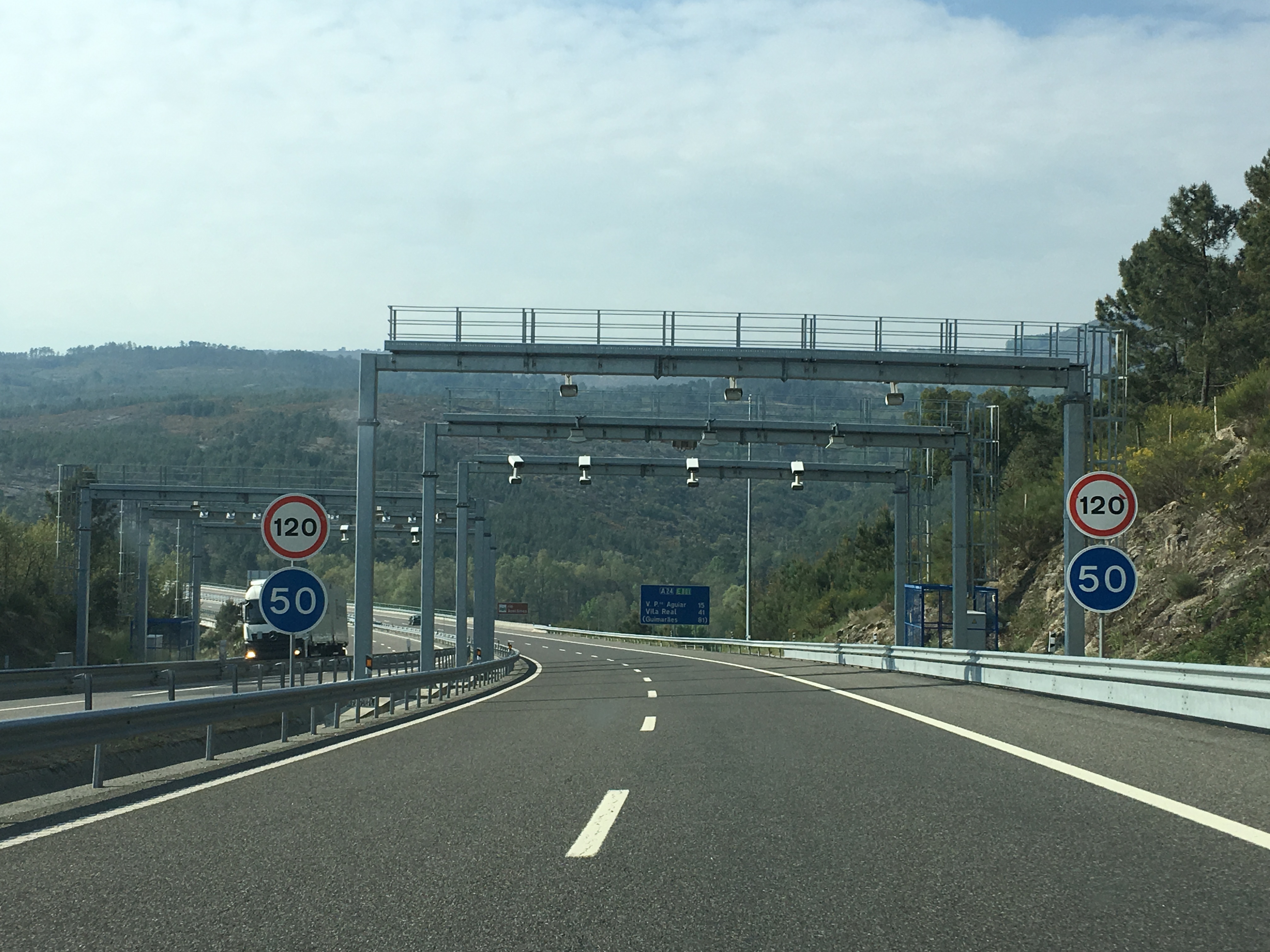 At first, I didn’t pay much attention to this one because I thought it was for measuring speed…

So, when I first entered Portugal, I only thought there was a gate, and I thought I had to pay the fee at the exit, but there was nothing at the exit. I was wondering what was going on. But later, as I was driving on another section of the road, I began to realize that it might be a system of automatic billing by this machine that I sometimes saw. It seems to be a system like the following.

But on the first day in the country, it was already too late. I couldn’t help it anymore. Anyway, I went back to Spain and stayed in that village for a night.

Foreigners can now use « EASY TOLL » to handle payments

It’s like a normal toll booth. First of all, insert your credit card according to the instructions, and then you will see the following receipt. 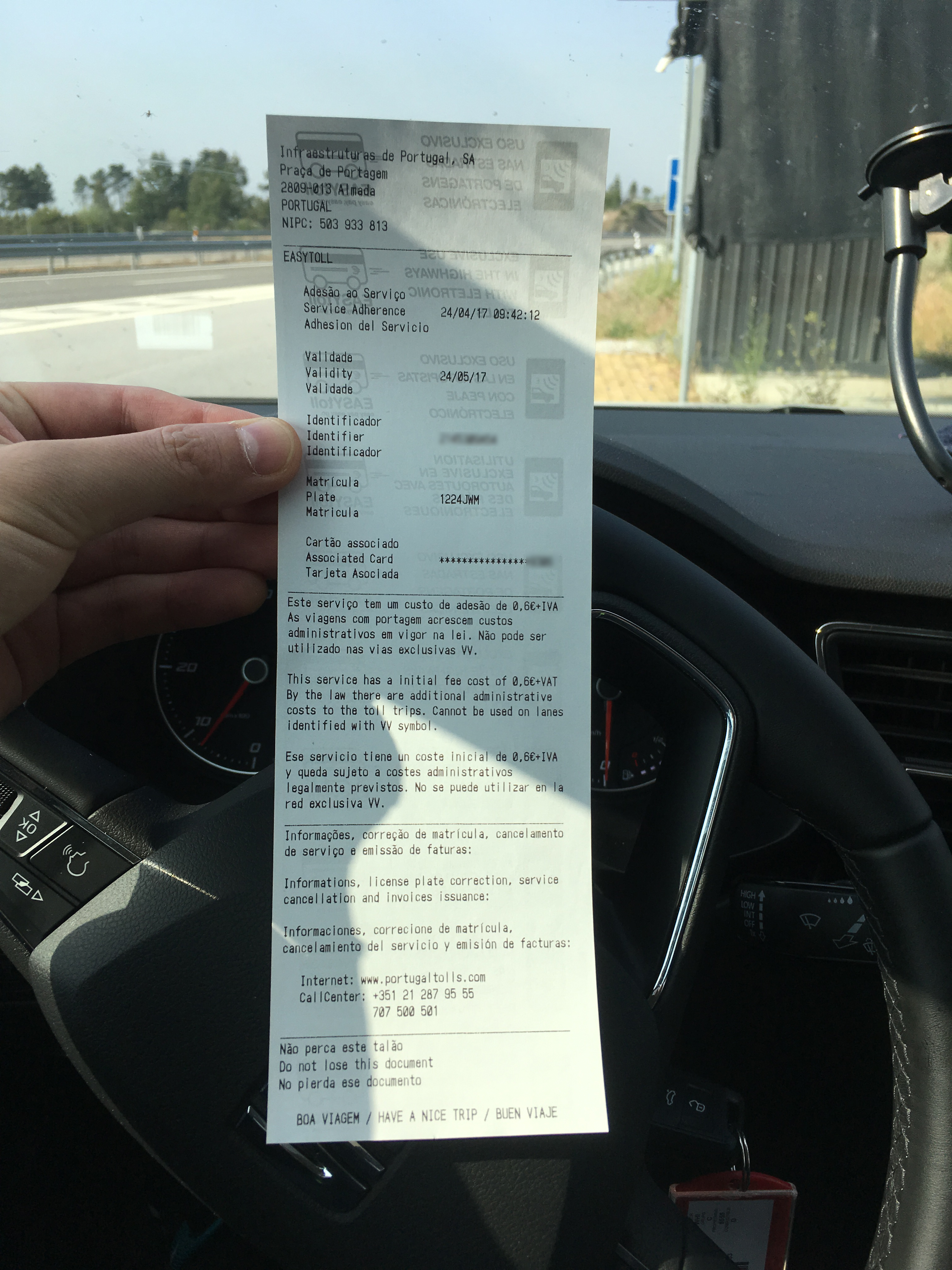 The process seemed to go somewhat well, but I wasn’t sure, so I parked my car in the parking lot that was right after the gate and accessed the website on the receipt. 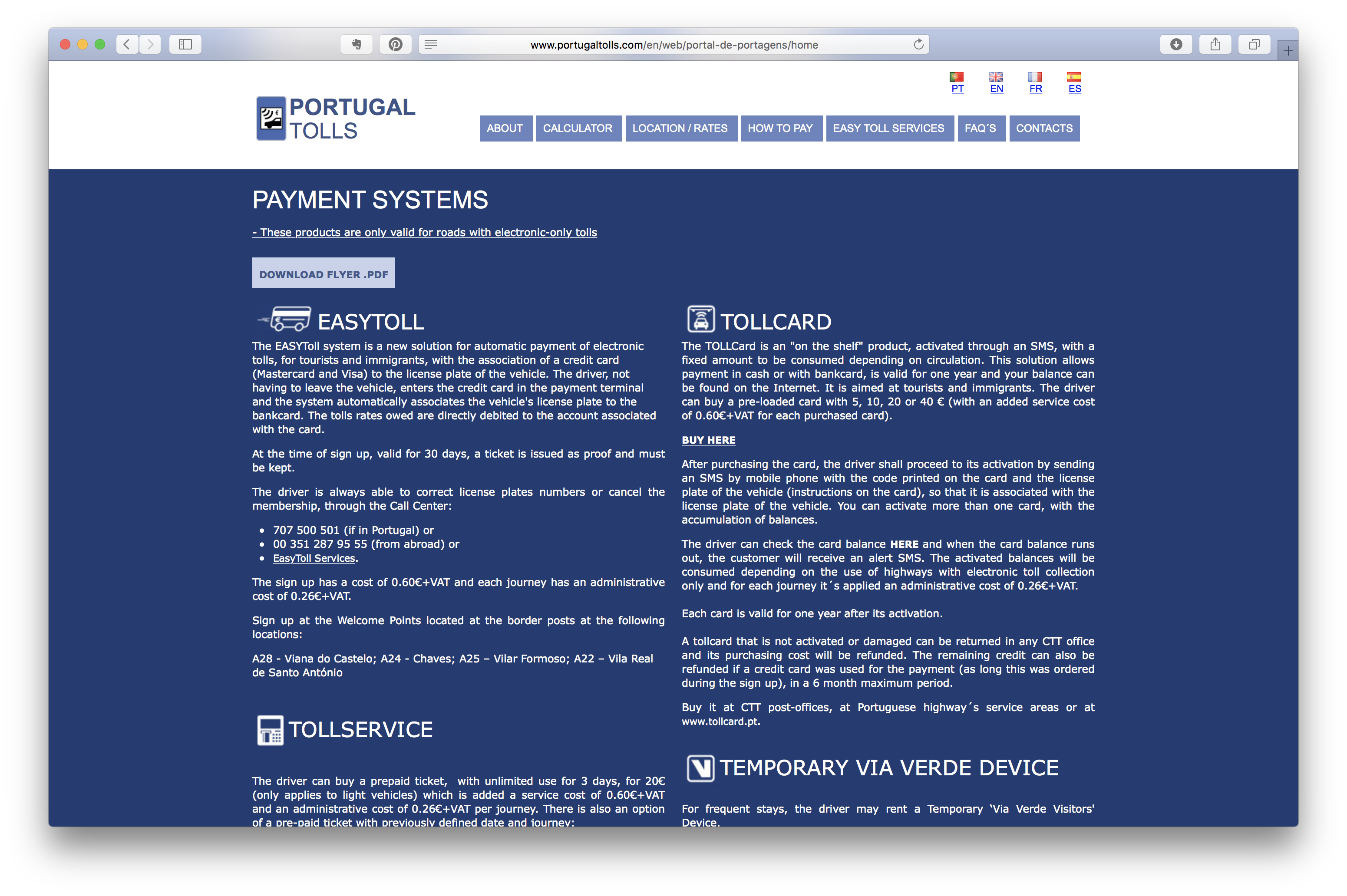 Where EASYTOLL can be registered

I checked the website on the receipt I received at the time of registration, and it seems that there are 4 places where you can register for this EASYTOLL when you enter from Spain. 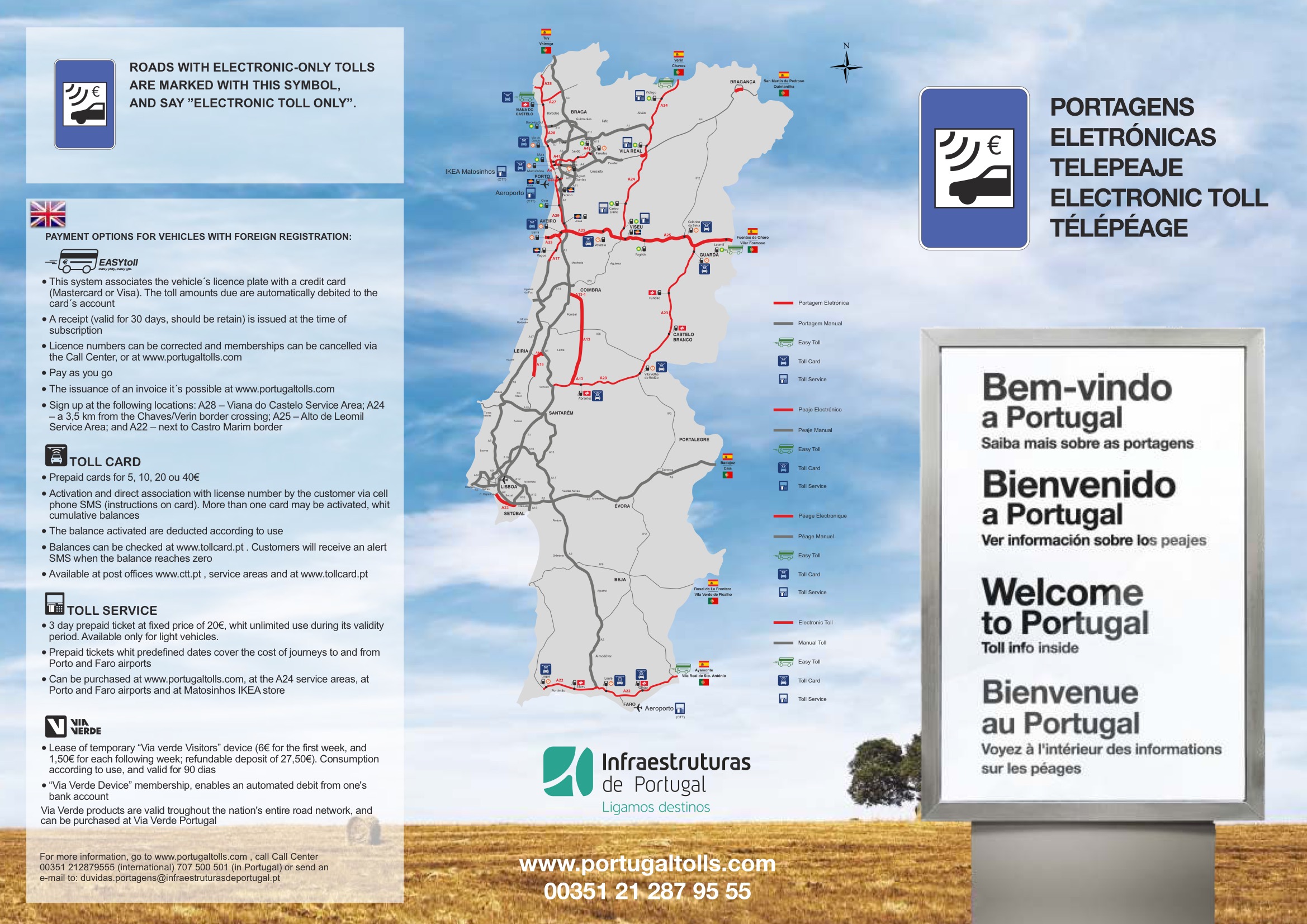 Basically, you can do it along the border, but there are probably only two places along the border where you can do it smoothly, 2 and 4, and then you have to register at a service area shortly after crossing the border. I was able to do this registration on the A24 at 2 on the second day of my entry. On the first day, I was able to register at the service area on the eastern A25, but I didn’t know how it worked and didn’t notice it at all. If you don’t know, it’s probably impossible…

How does the actual payment claim work?

Later, I tried to access the site again which was indicated on the receipt I had received at the time of registration. It seems that there is a gap of a few days after passing through the toll gate (machine on the expressway) before it is reflected, but it seems that the toll of the toll section was charged properly after registering EASY TOLL (after 24th). 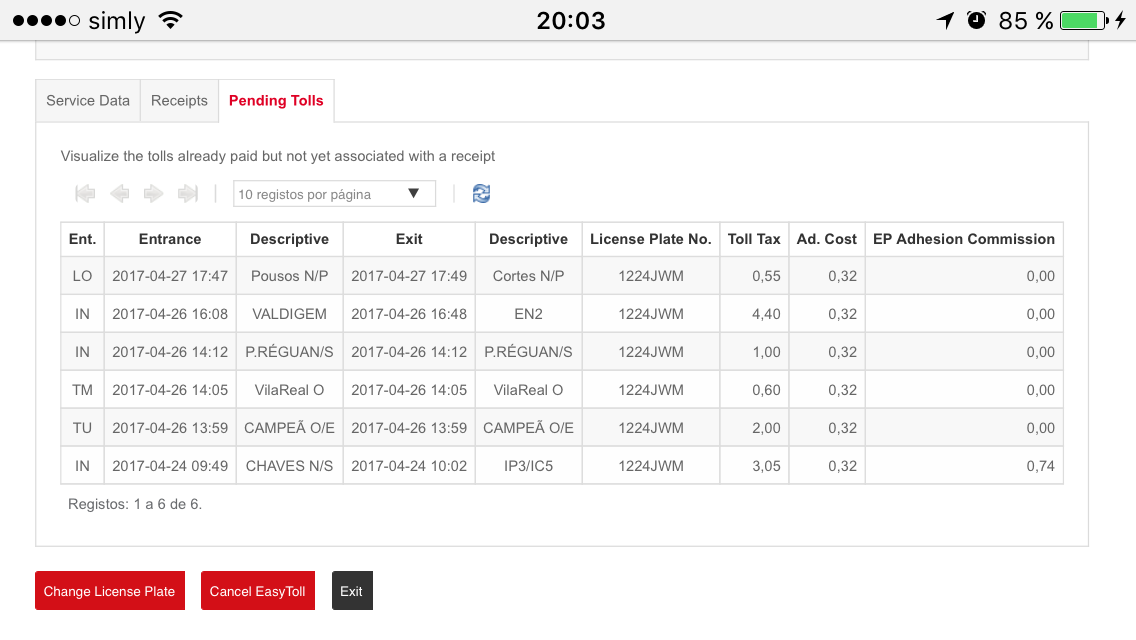 However, it seemed that there was no record of the 23 days before registration, that is, the day before. I wonder what will happen to this…. Will the rental car company charge me with a penalty later? Will my overseas traffic violation history increase again? I can’t do anything about it now, I just have to wait for them to contact me.

As for the quality of the highways in Portugal, the newer routes were in relatively good condition, but the older ones were narrow and difficult to drive. Especially in the suburbs of Lisbon and Porto, there were many cars, so it was very stressful.

Also, Portuguese people drive very fast. I wonder if it’s because of the lax speeding laws in Portugal, there were many people who could drive 130km/h or 140km/h even though the speed limit is 120km/h. I thought Spain was rather quiet image. I thought the same thing when I ran 9 years ago. It seems that it had not changed.

The following is a video of me crossing Lisbon’s famous April 25 Bridge, which may not be a good example of a Portuguese highway. We were blessed with good weather.

To sum up, the highway in Portugal can be confusing to pay the toll at first, but once you solve that, you can use it comfortably from beginning to end, except for some urban suburbs. I hope you will find the contents of this post useful if you drive in Portugal in the future.

May 2014 Italy’s Most Beautiful Village Tour Field Report No.4

Local time: April 26, 2014The second day was cloudy, rainy and sometimes thundery. Anyway, it was a bad day.Due to a mis...

Local Time: July 14, 2014On this second day of sightseeing, I was with the senior team this time. We drove around the pl...

In the mainland, we rented a car at Athens Airport and headed for the first sightseeing spot, "Osius Loukas Monastery" o...

April 2017 Journey to Western Spain and Portugal Part 4: Other Places to Visit No. 11 – April 25 Bridge from Armada