We have been renting a car in Europe for 12 years now. In the beginning, the purpose of this trip was to travel to the area which is difficult to access by train, but now it is not too much to say that driving is the main purpose. No, of course, sightseeing is also an important purpose.

This time I rented a car at Barajas airport in Madrid, Spain. It was arranged by rentalcars.com which has become familiar to me recently. I often hit Avis these days.

By the way, rentalcars.com, this site is under the umbrella of Priceline Group, a company that operates the world’s largest travel portal site. Priceline’s most famous site is Booking.com. I’ve been working with this group for more than 10 years.

It was my first time in SEAT.

Now, the model offered this time is called Leon by a manufacturer called « SEAT ». At first glance, you may read it as « SEAT », but it is read as « SEATO ».

It is probably not an automobile manufacturer in Japan. Ceato is a popular car maker in Spain, and now it belongs to Volkswagen Group. So you can see this car often when you drive in Spain. I think you can see it in south of France, too.

When I first started driving in Europe, I often wondered what kind of car it was and where it came from when I saw the emblem of this company. 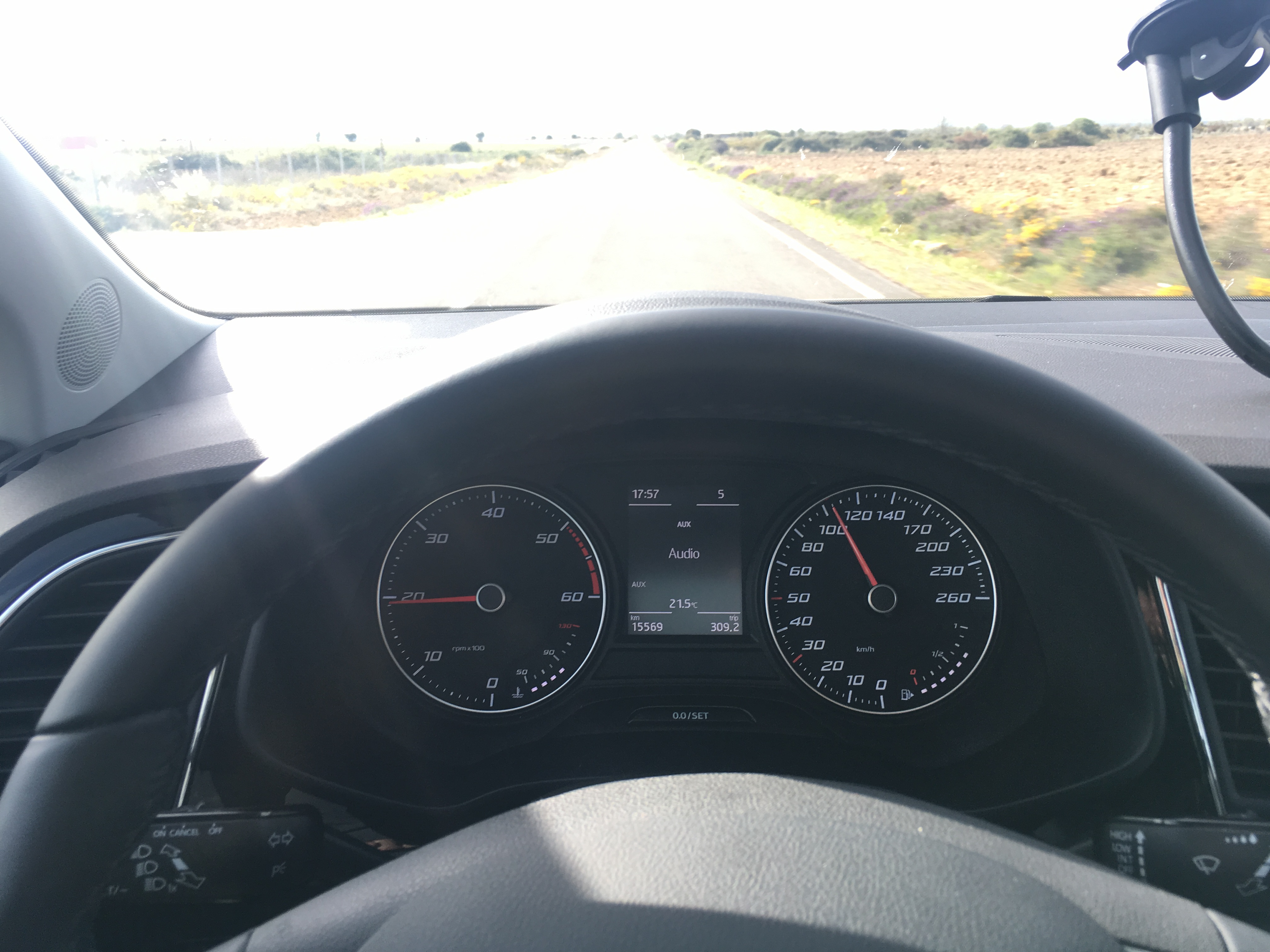 How about the driving? I had the impression that the steering wheel was a little soft, but if I put it in 5th gear, it became firm and I could drive at high speed without anxiety. There is no problem of acceleration. And it is easy to turn more than I expected. Especially, it is easy to back up. But to be honest, it was just a normal car with no other features. I think it is the best for rental car.

As for the interior, it was comfortable. The trunk was large and easy to use. In addition, the dashboard was Bluetooth enabled, so I was able to drive while listening to Spotify songs that I had installed on my iPhone. 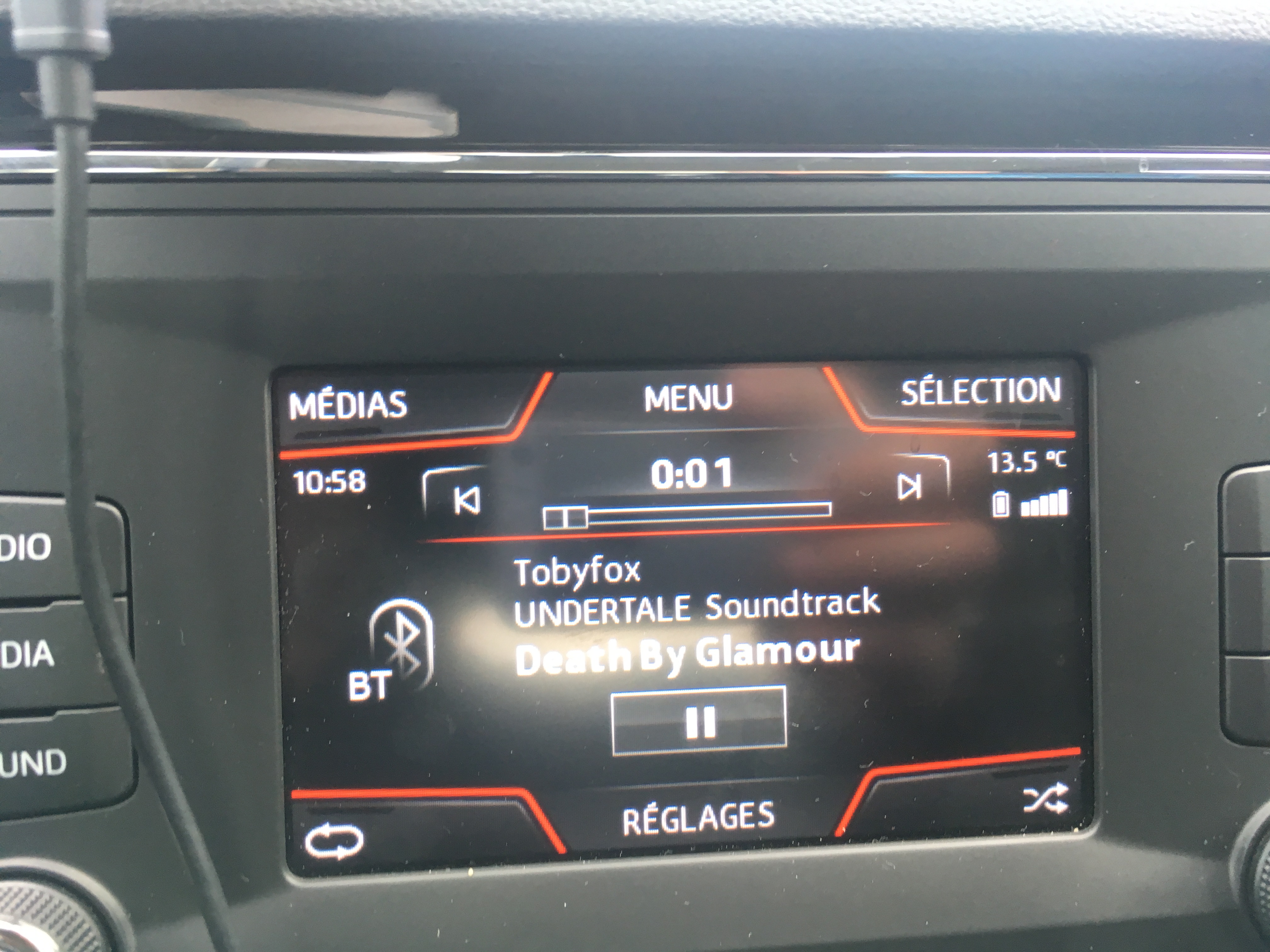 I did have a hard time with the Bluetooth connection to the car though, as it wasn’t a very good UI. I think last year’s BMW also had Bluetooth connectivity, but I didn’t use it at that time. Is this already the norm in cars these days? Is it the same in Japanese cars?

Many arrangements in Spain have a bite.

However, the cars I’ve rented so far have been the most satisfying in my opinion, compared to other European countries, let alone France. This time, the Ceato was not a particularly unique or interesting car, but I still think it was of above average quality. However, compared to the Alfa Romeo 158 in 2008, the Renault Megane in 2010, the Audi A1 in 2012, and the BMW 1 in 2016, this year’s Ceato was a bit lacking.

Rental at Barajas Airport, Terminal 1 since 2008

Well, this time, each schedule separately, but since I used Air China (Haneda → Beijing → Madrid), the arrival is Terminal 1. Last year, I used Emirates Airline, Terminal 4, so the convenience and cleanliness of the airport itself was the difference between heaven and earth. Well, I can’t help it because it was a super cheap air ticket.

However, Terminal 1 is not a bad place to rent a car. If you rent a car at Terminal 4, you will have to pay a fee of 2.75 Euros (I forgot the exact amount), which may be a slight disadvantage.

The booths of car rental companies are located near the exit of the arrival lobby, right in the middle of the arrival lobby of Terminal 1, so it won’t be hard to find them. In my case, I had to go to the restroom and have breakfast (I didn’t eat on the plane at all) after arriving, so I didn’t have to wait in line at all when I went to the rental car booth. I was able to do the procedures immediately.

You can find more information on how to obtain the necessary documents below.

Honestly, I think Japanese driver’s license should be written in English too…. I don’t think they will.

Brousse-le-Chateau（ブルッス・ル・シャトー）を訪れるその道中で通過した村。It was so beautiful that I parked my car on the shoulder of the road and t...

Date and time of visit: August 16, around 11 a.m.After passing through the French-German border, we headed for the "Maul...