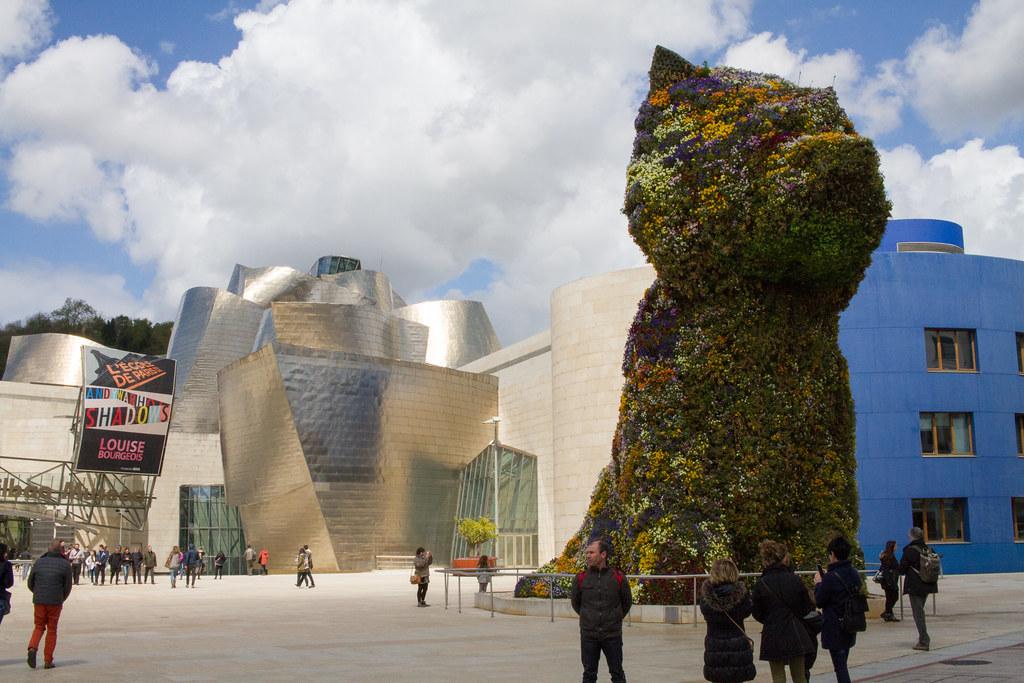 Go to Bilbao, the city of art.

From the interesting World Heritage Site « Vizcaya Bridge », we went up the Nervion River to the city of Bilbao. It took us about 40 minutes to get to Bilbao city through the slow, complicated, and crowded road. Bilbao is like a natural fortress, surrounded by 400m mountains and located in a not-so-wide basin. 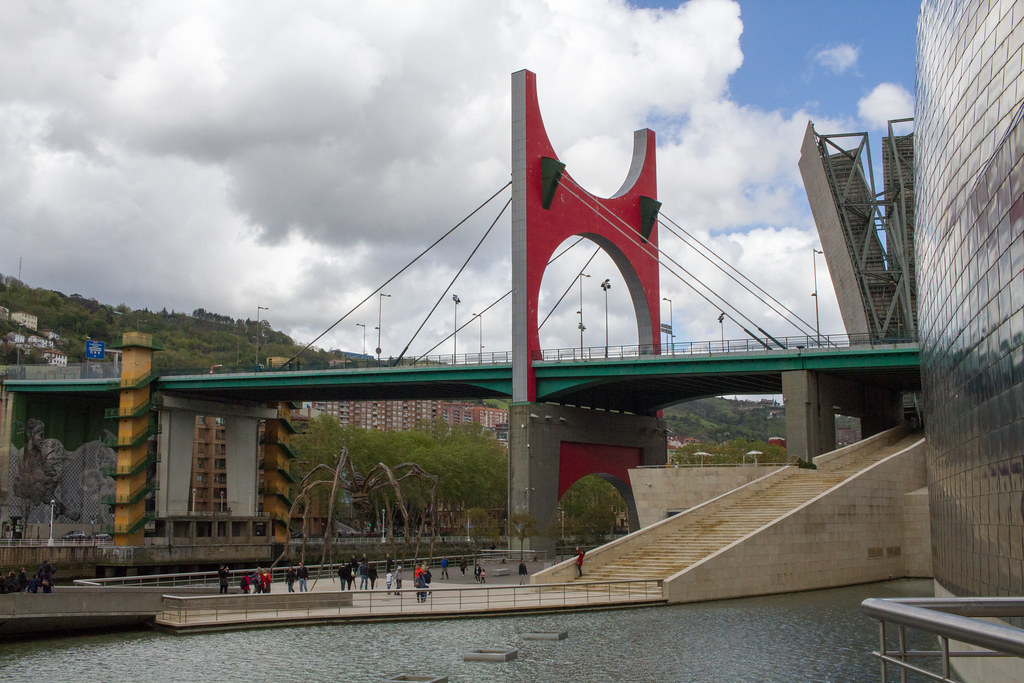 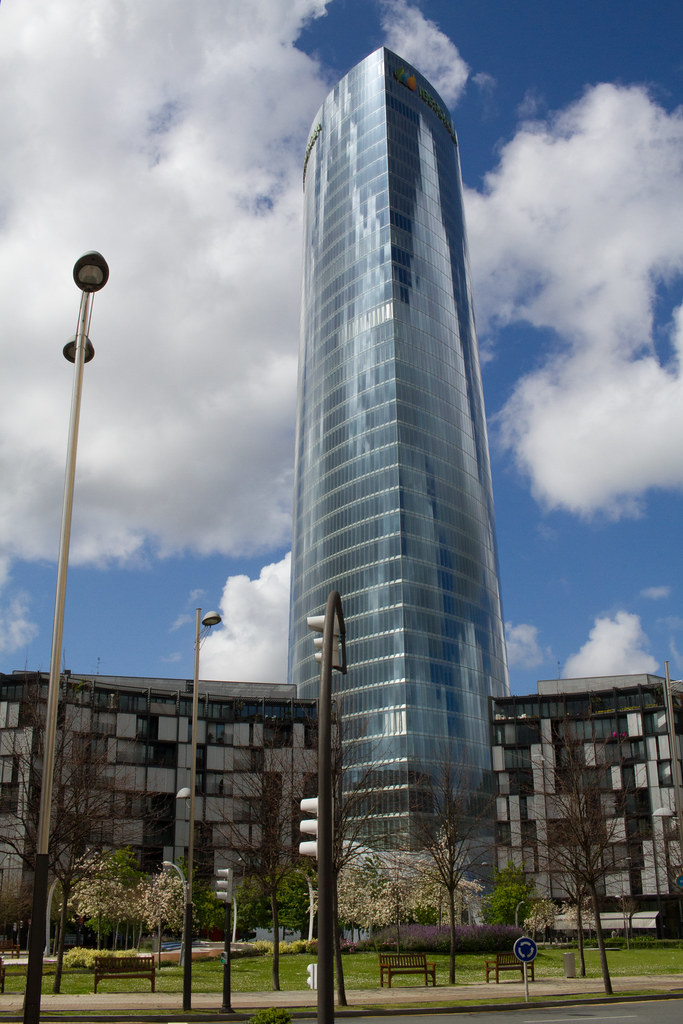 This Guggenheim Museum was built in 1997, and the one in New York is very famous. I have visited this museum when I was a student. 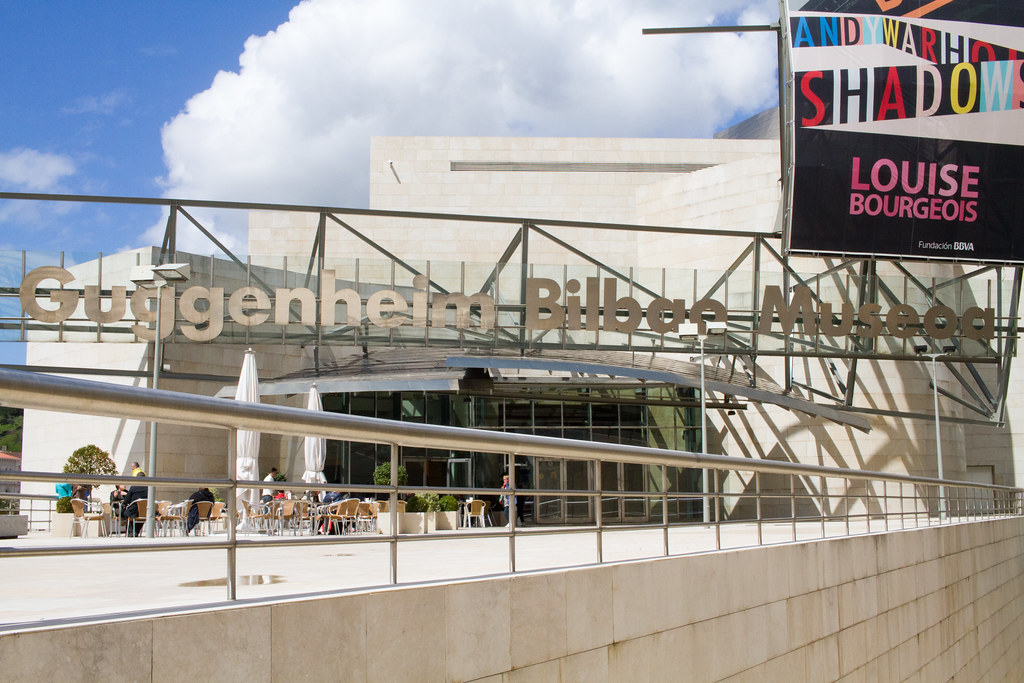 The first thing that strikes you about the Guggenheim Museum in Bilbao is this « dog » at the entrance. 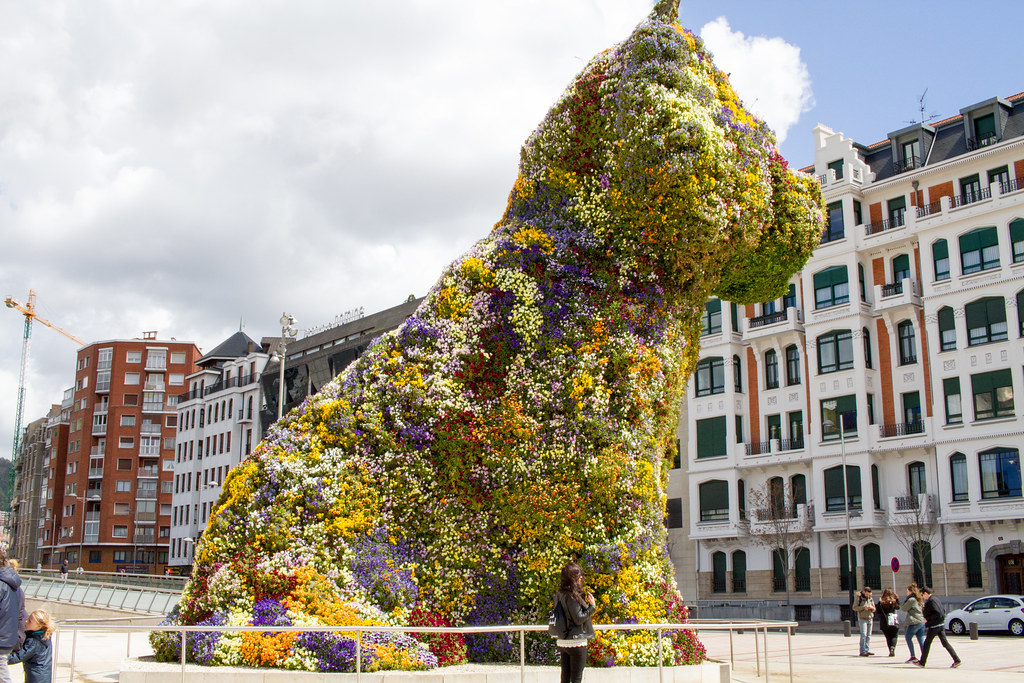 The design of the building is also quite fun. Taken from the promenade leading from the parking lot to the museum. 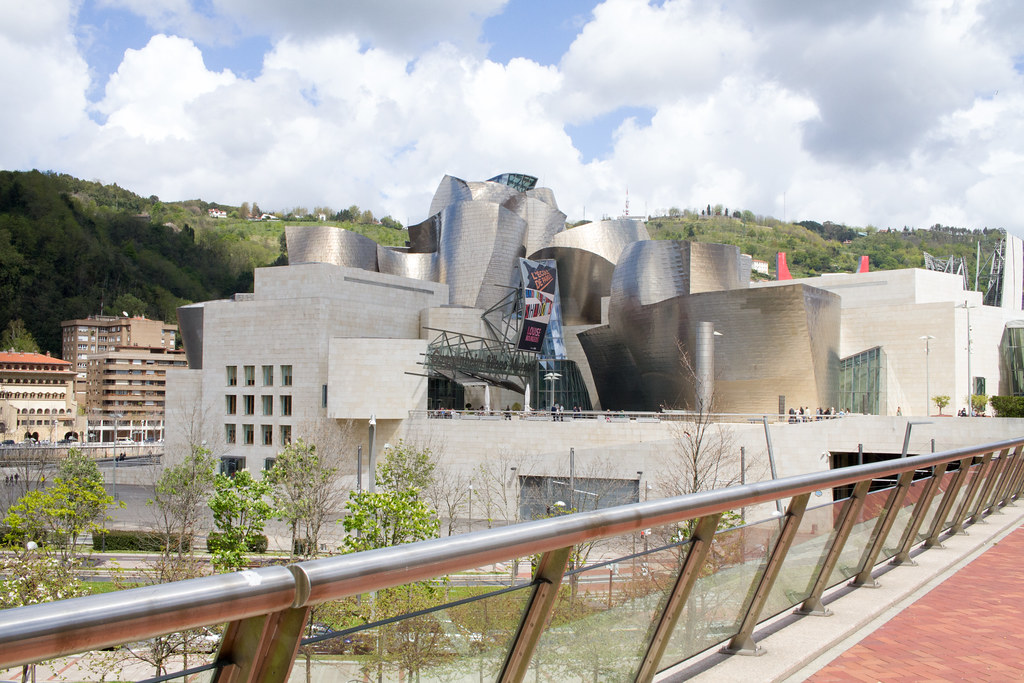 The very modern building is a pleasure to just look at. 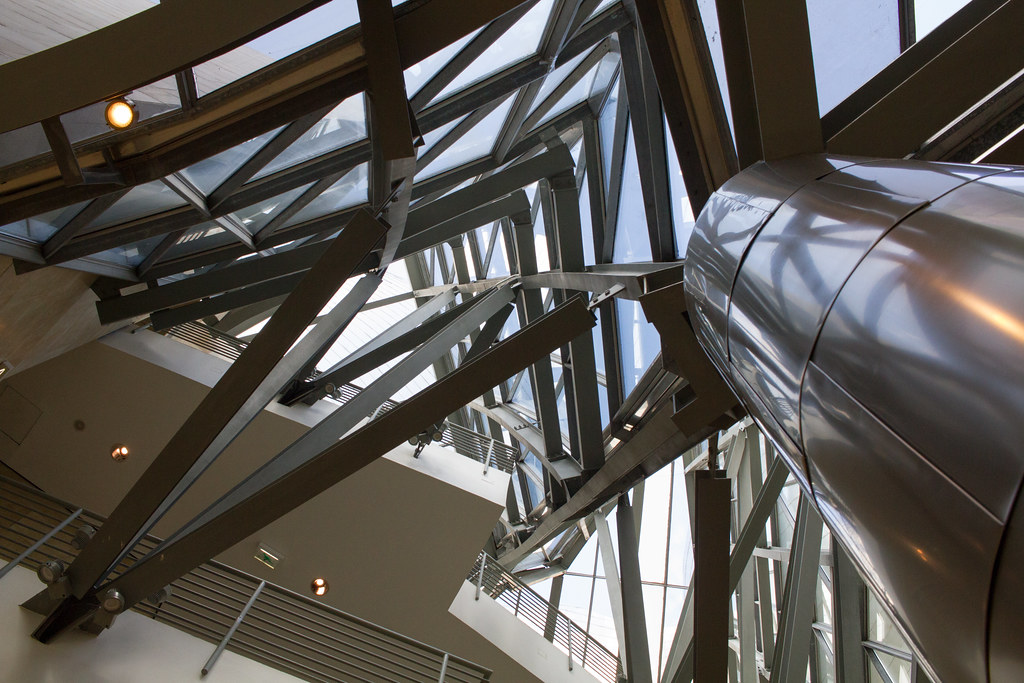 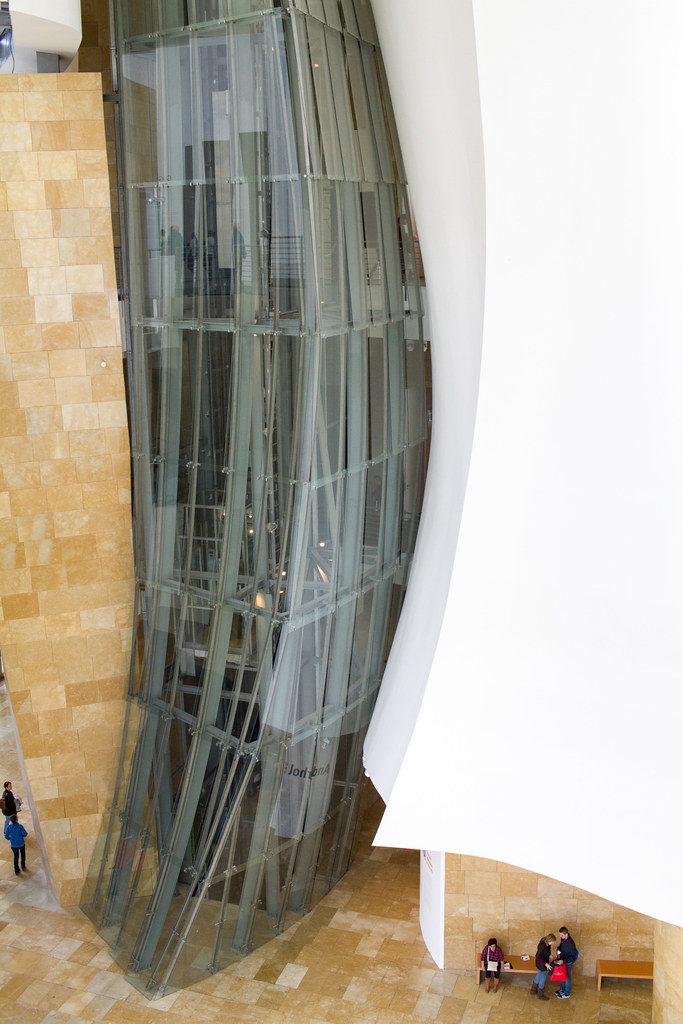 By the way, it’s quite spacious.

At any rate, I brought the brochure back with me. (I got the French version for my study.)

If you look carefully, you’ll see that it’s « Francis Bacon Exhibition » from September 30. What a mess! 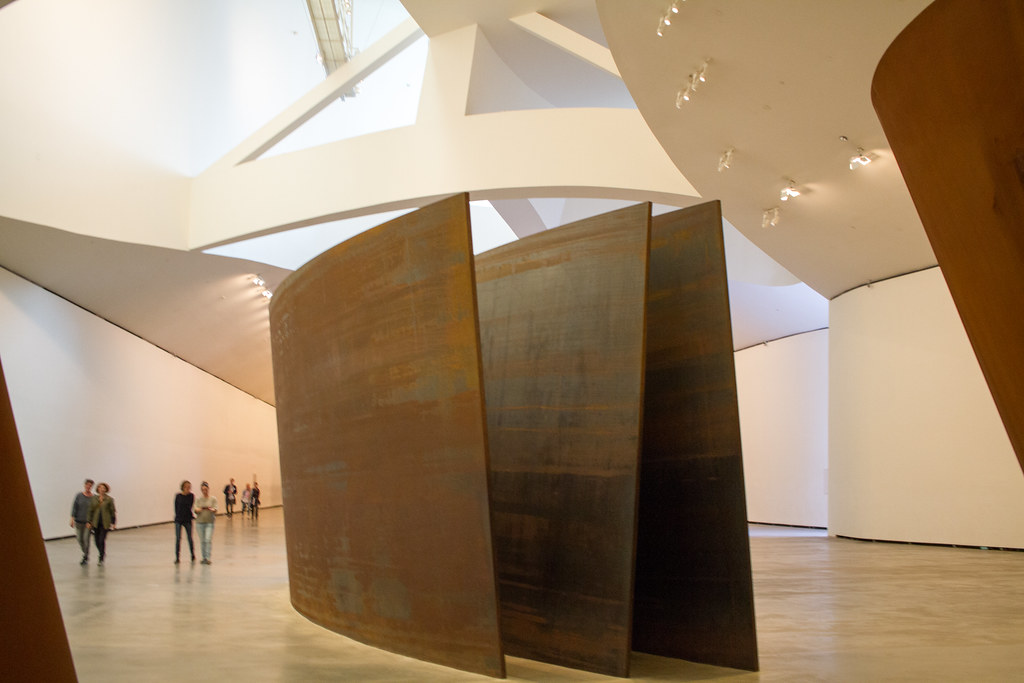 Many other works apparently change with the seasons. Come to think of it, there were also Picasso’s paintings and Andy Warhol’s works.

By the way, the French teacher I’m taking online lessons with now seems to know a lot about this area, and I heard that she has a free talk course about art, so I’d like to take this course when my French gets better. I wonder when that will be.

By the way, I took a short break at the cafe of this museum, and the pintxos I had here were very delicious. 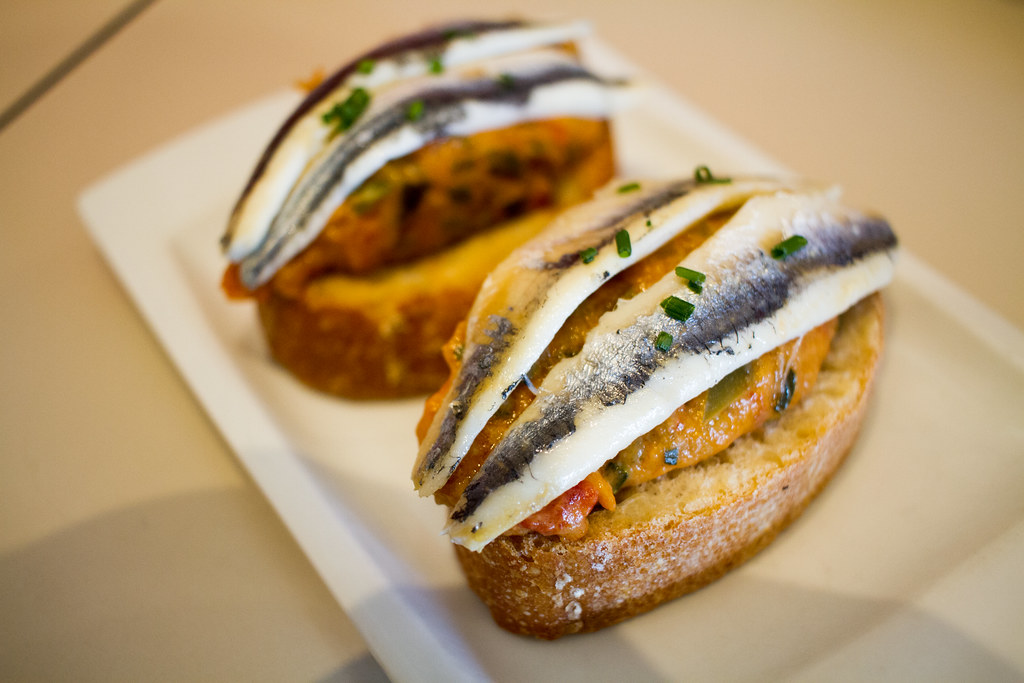 For more on pintxos, see my other post here.

However, the cafe itself was not a very relaxing space.

This museum seemed to have a very well-balanced collection of medieval religious paintings, modern and contemporary works, and works by local Basque artists.

I didn’t take many pictures, so sorry for the pamphlet-centric post.

For me, it was probably a little easier to appreciate than the Guggenheim.

By the way, there is a logo like this in this museum.

I’d like to talk a bit about the European Capital of Culture in the San Sebastian section, which I plan to visit later.

Bilbao sightseeing is only these two museums. I thought it would have been good to stay one night here and relax a little more. And I’d like to walk around the city with a camera slowly. But I believe that I will visit again.

Chinchón, the most beautiful village in Spain No.26 ★★★★☆

訪問日時：2017年5月4日、1泊Chinchón is one of the most picturesque villages in the province of Madrid and was declared a national ...

After all, Spain is all about wine! I had an image that it was cheap and good quality.Cheap and tasty drinks everywhere!...

I went to Spain and Portugal during Golden Week this year. The purpose of my visit to Spain was to visit "The Most Beaut...