From Ascolipiceno in Marche, where we stayed the night before, we came two hours to Norcia, a beautiful village in Umbria.

Norcia is famous for being the birthplace of St. Benedictus of Nursia, the founder of the Benedictine monasteries that you hear so much about when you travel around Europe, and it is also known for its high-quality black truffles and salami, one of Italy’s most famous products. Due to the blessed ingredients, there are many restaurants in the village, some of which have Michelin stars. So although it is a small country village, it is a place visited by many tourists. 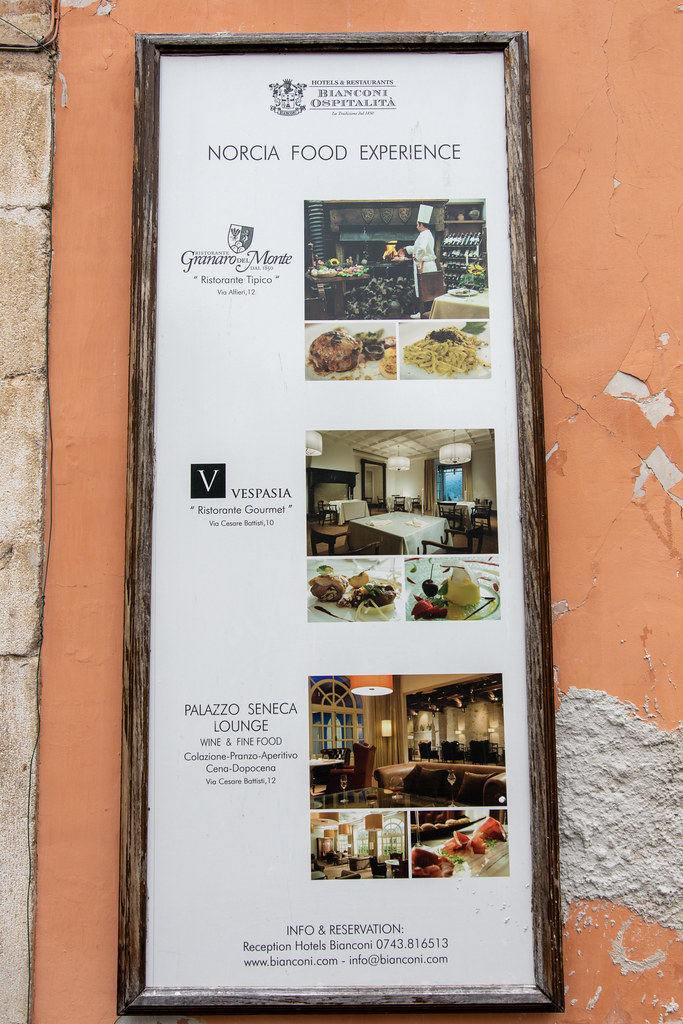 There are parking spaces all around the village, but I think it was crowded anyway with all the visitors. 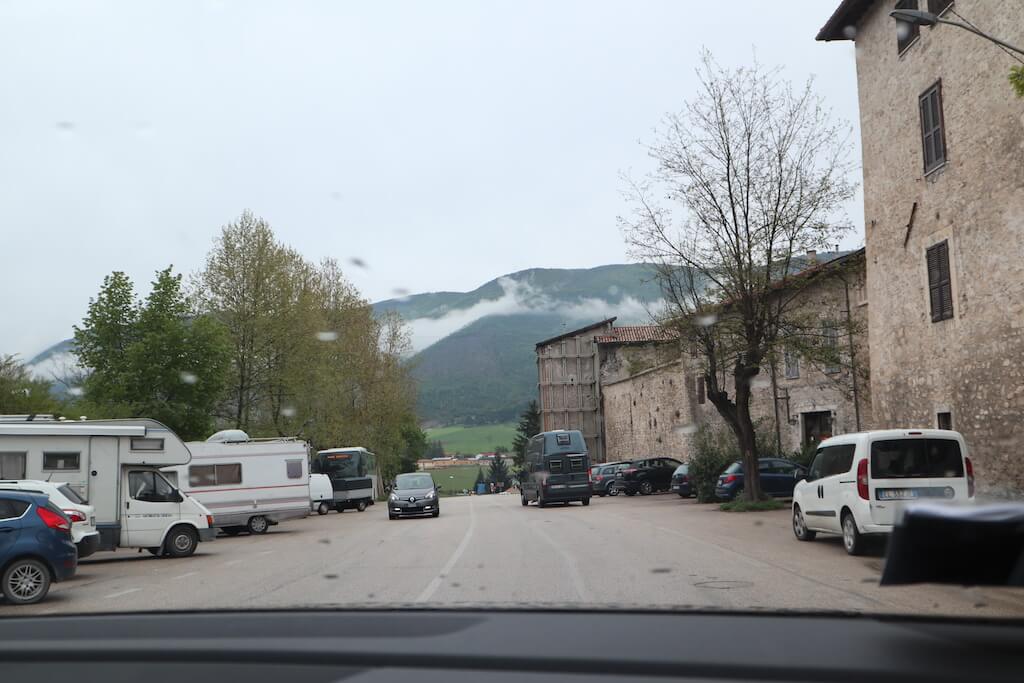 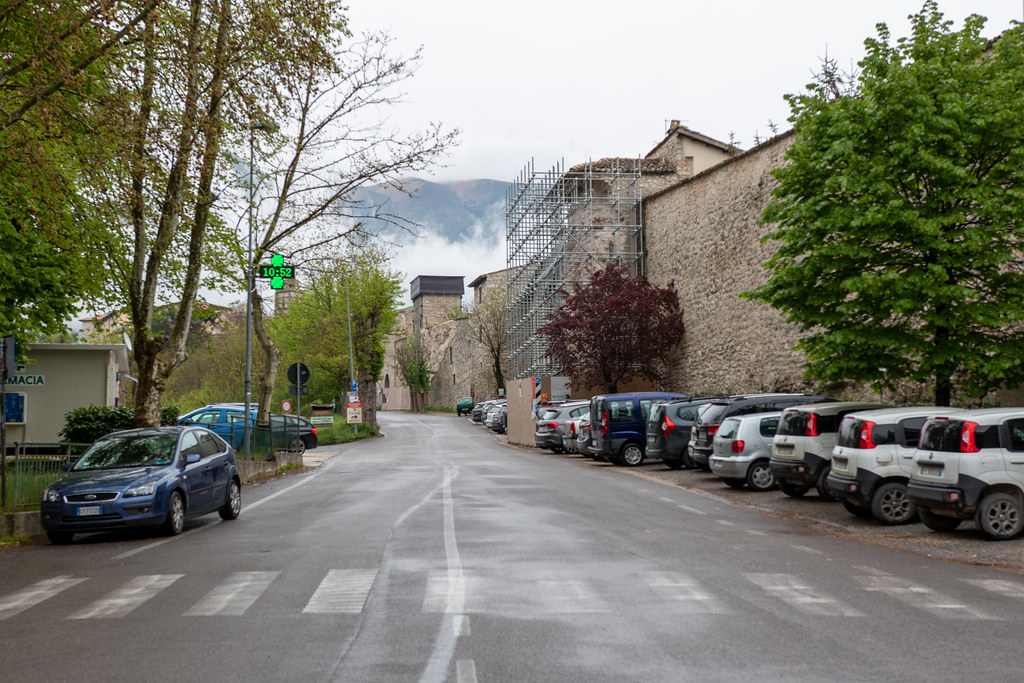 Now, as I mentioned in my last post, Norcia is the closest administrative district to the epicenter of the « Central Italy Earthquake » that occurred in August 2016. This area has always been prone to earthquakes and has been hit by several major earthquakes in the past 30 years or so, but in recent years earthquake countermeasures have been progressing and there were no human casualties in the earthquake three years ago.

While I was relieved to know such information on the internet, I was astonished to see the central square of the village, San Benedetto Square. The church of San Benedetto, the absolute symbol of the village, was half destroyed or almost completely destroyed. It was a very sad sight that left me speechless. 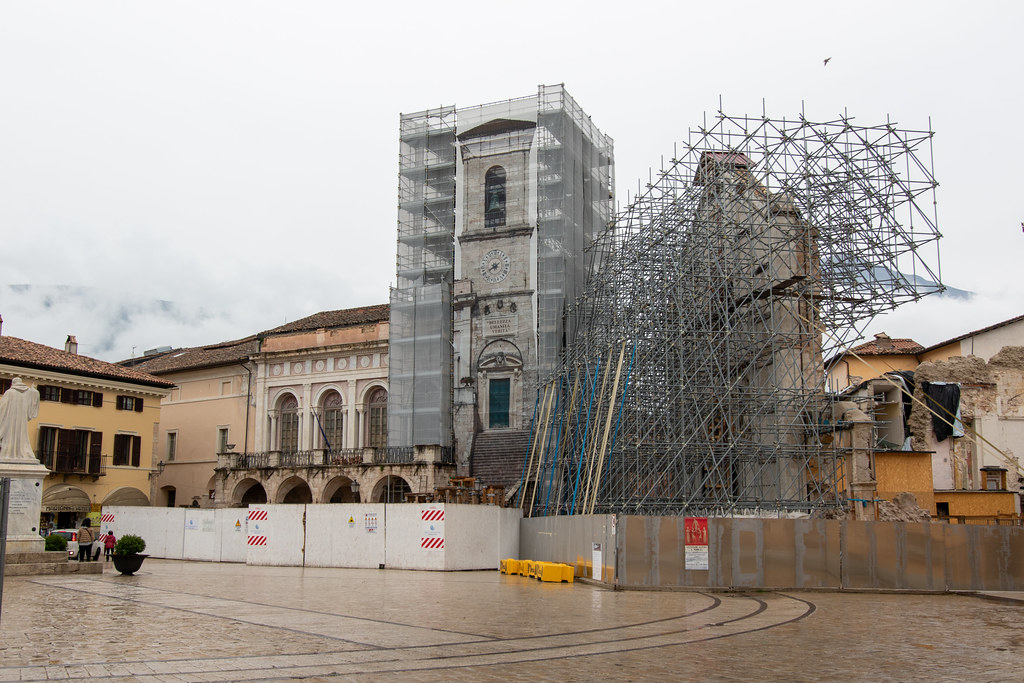 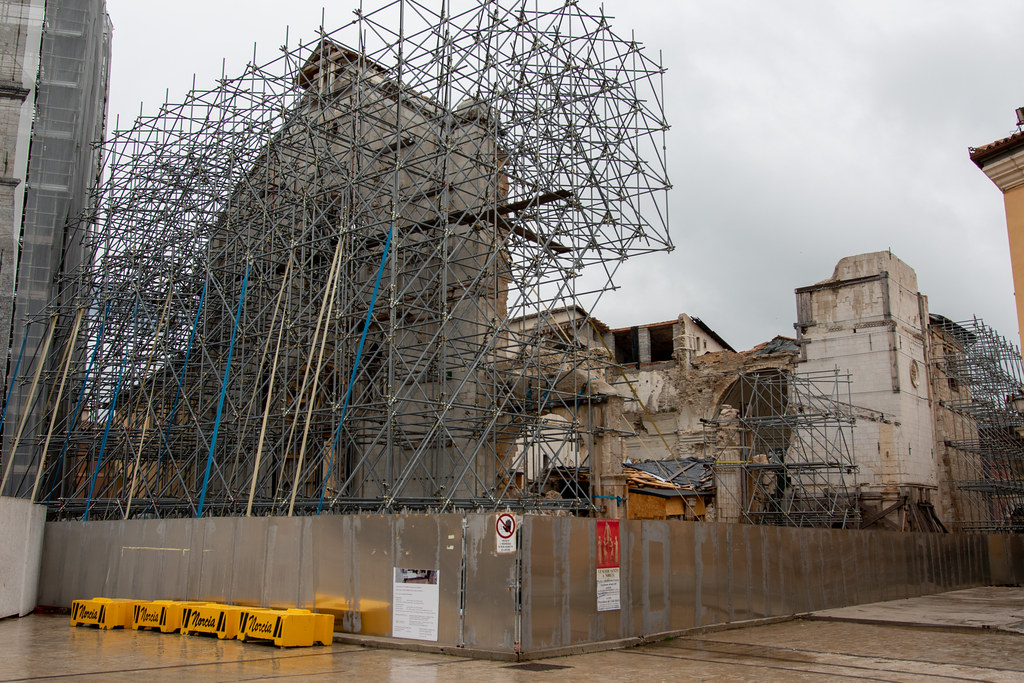 In the square where the church of San Benedetto is, there is a town hall with a beautiful clock tower, but it seems to have collapsed too. 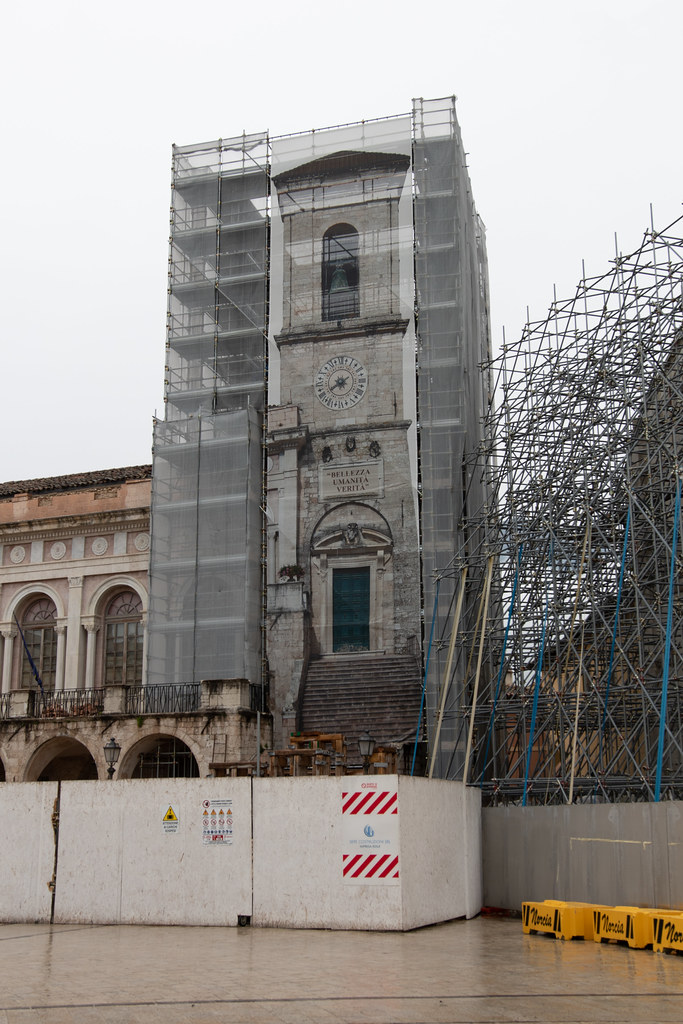 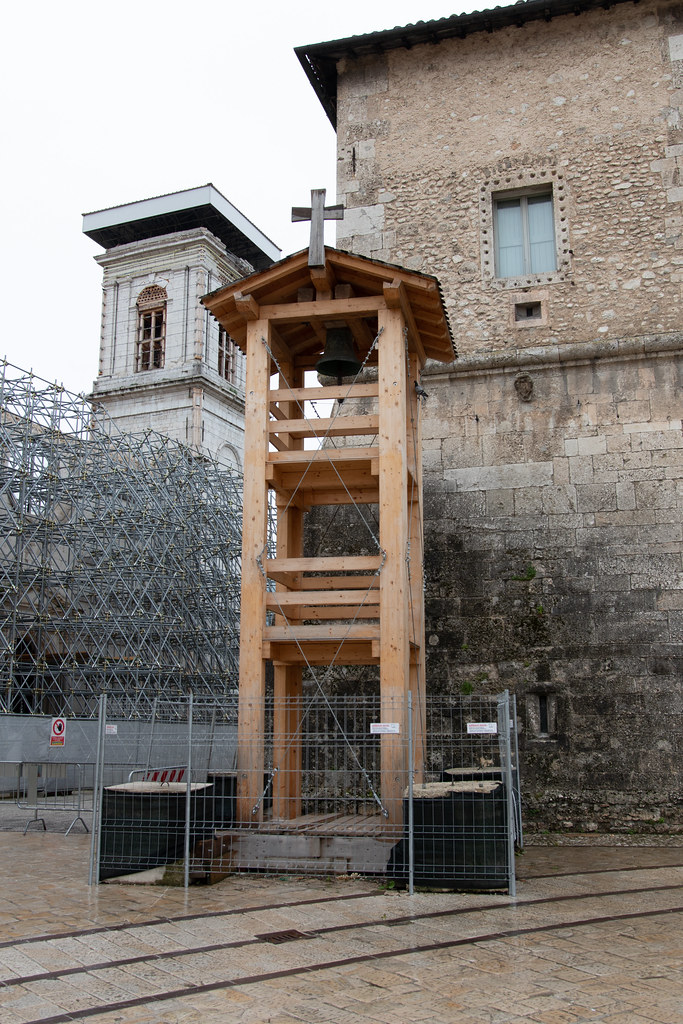 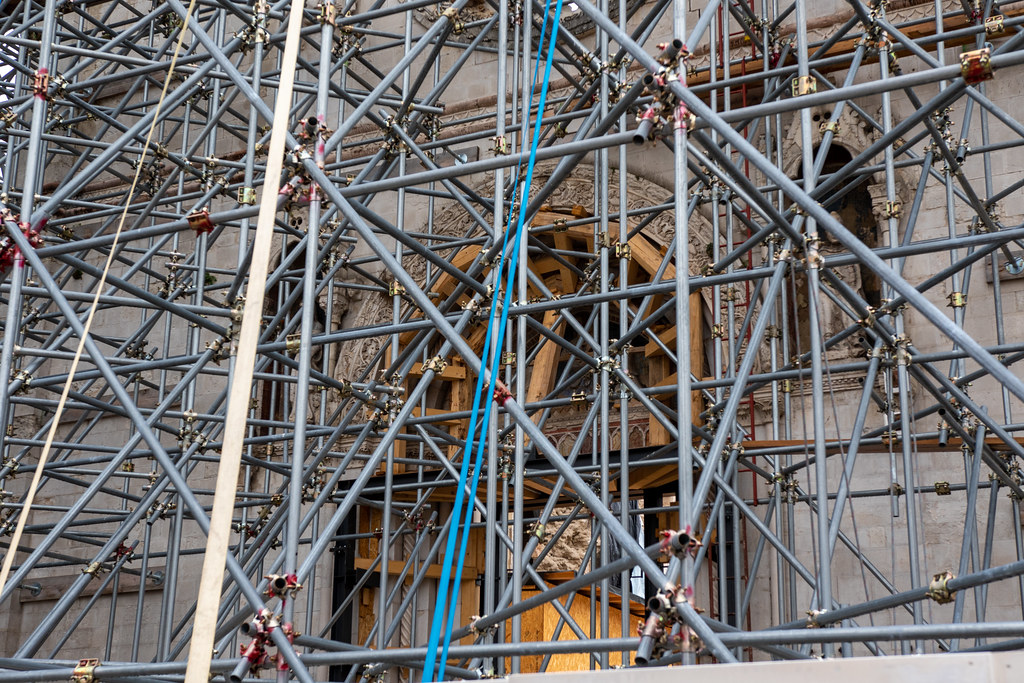 Nevertheless, it seemed that the reconstruction was progressing slowly. In fact, the square itself was very clean and the statue of St. Benedictus in the center was beautiful and magnificent. 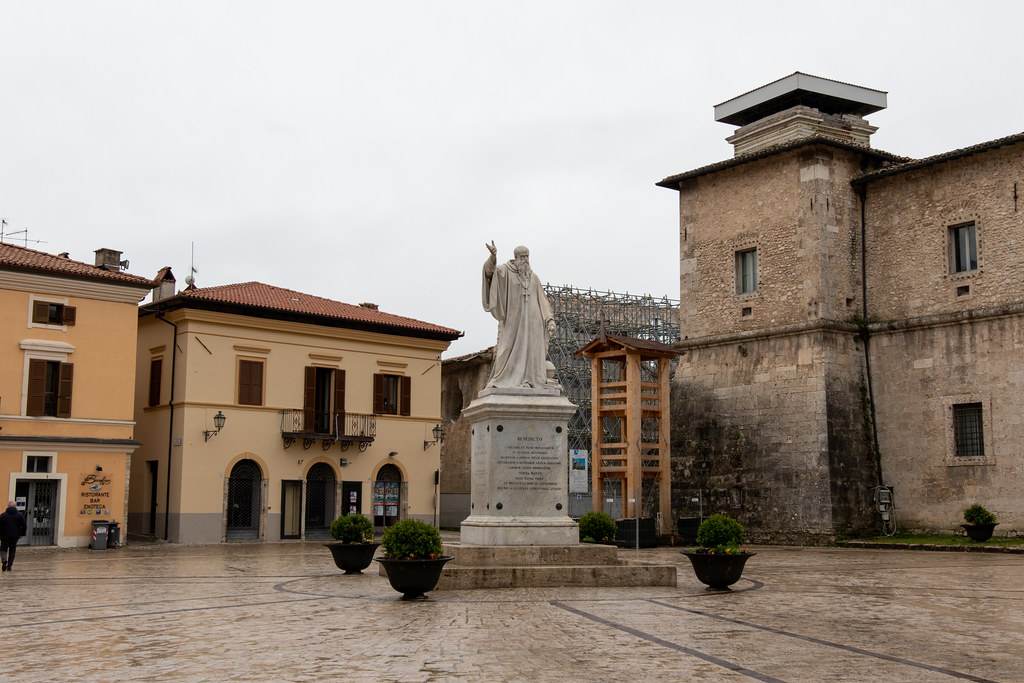 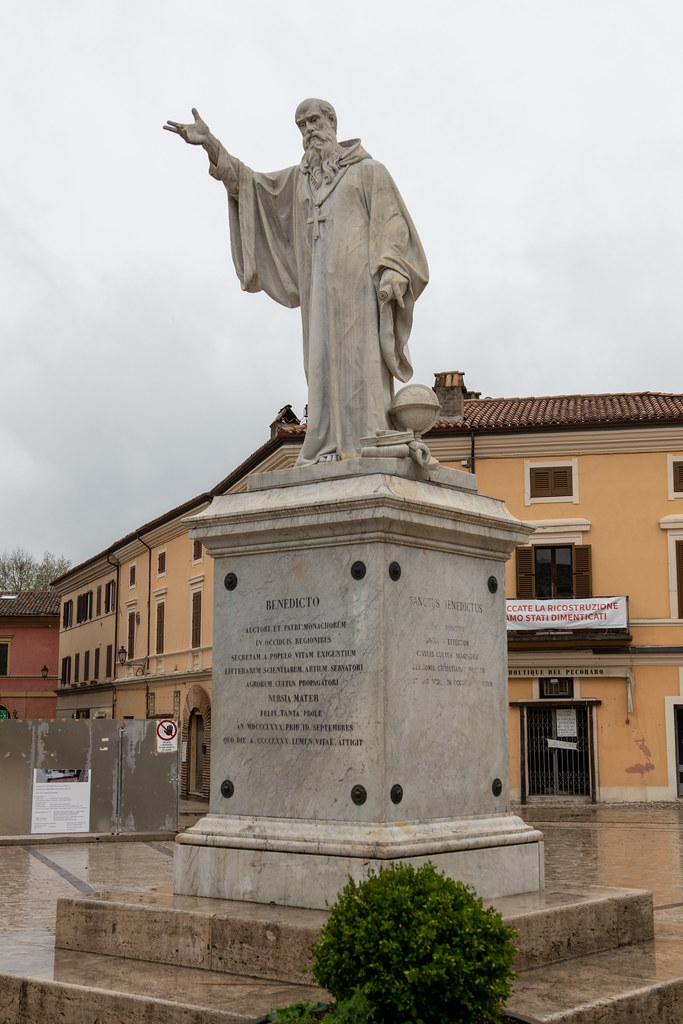 Some other gates at the entrance to the village were also badly damaged. 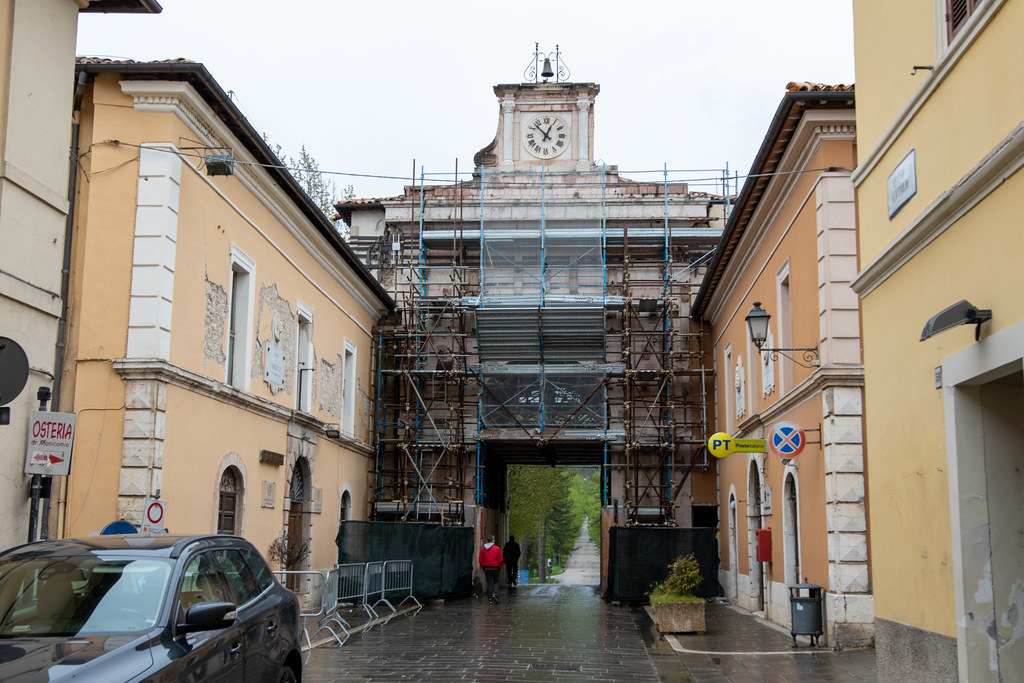 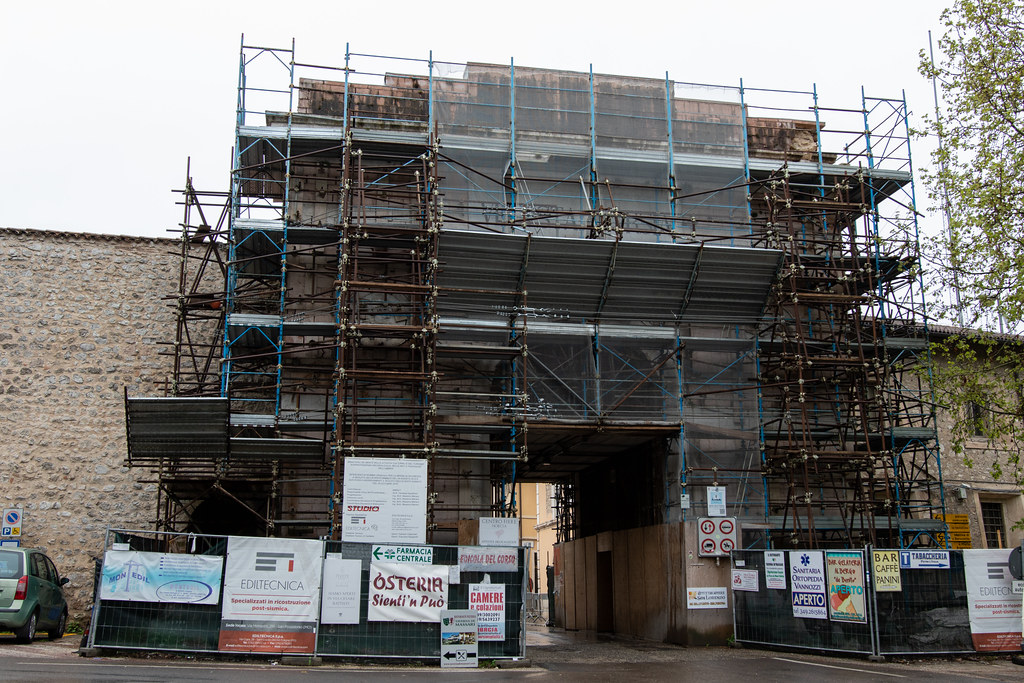 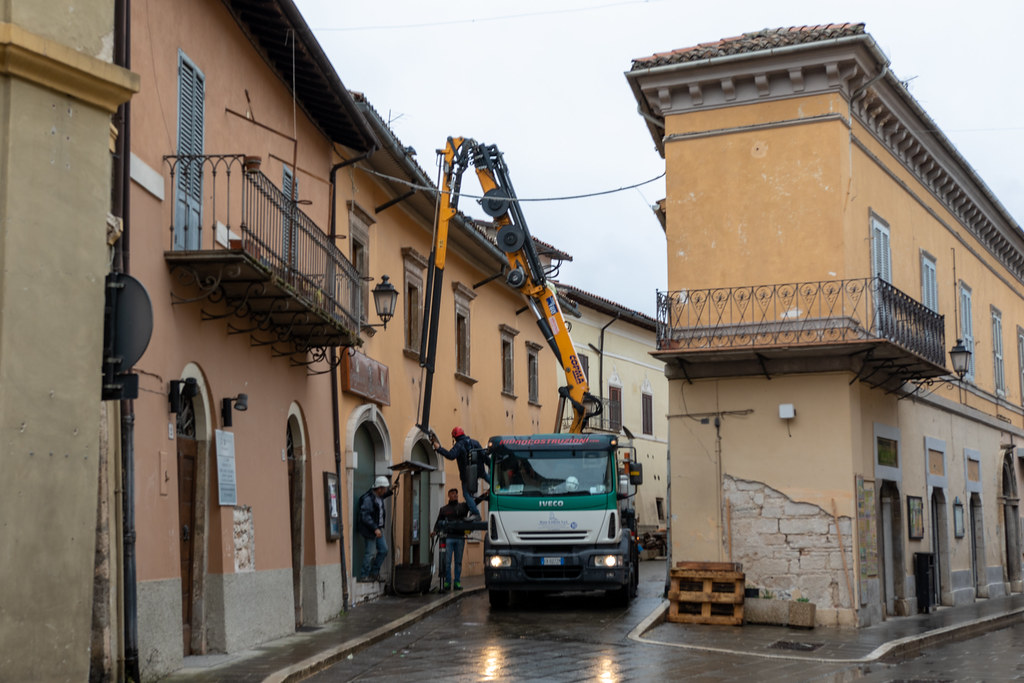 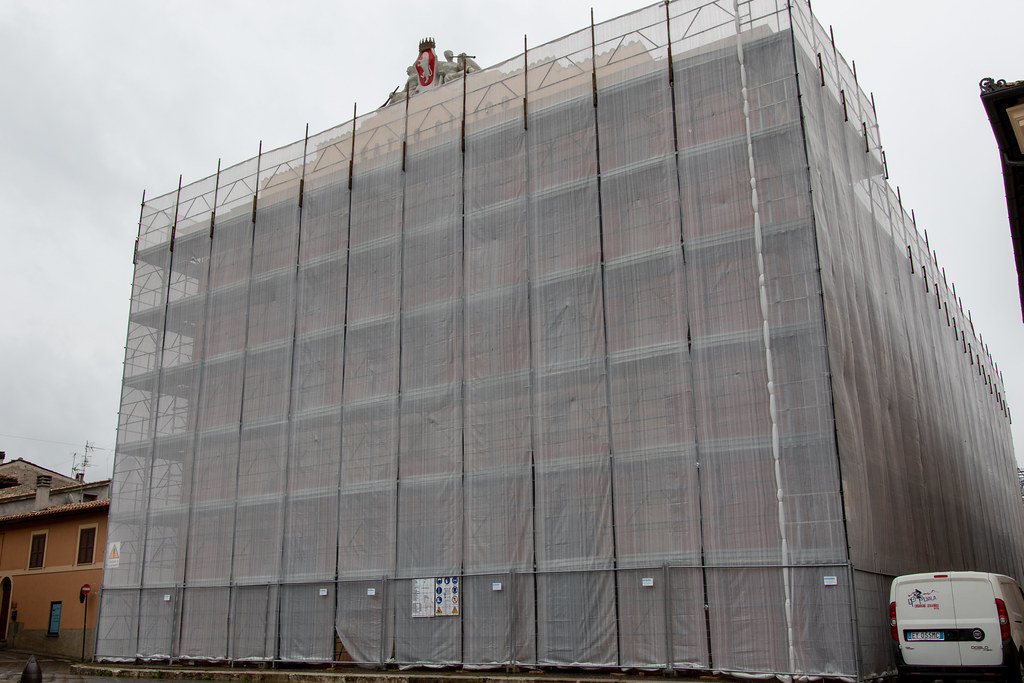 The village itself was crowded with tourists, especially the shops selling local specialties such as salami and black truffles. 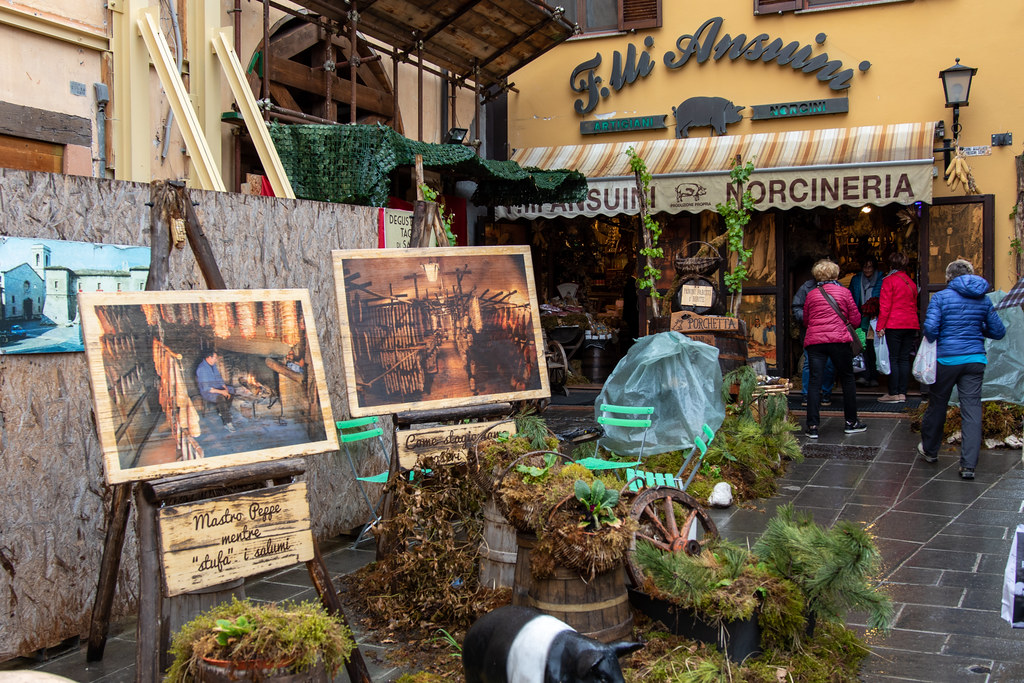 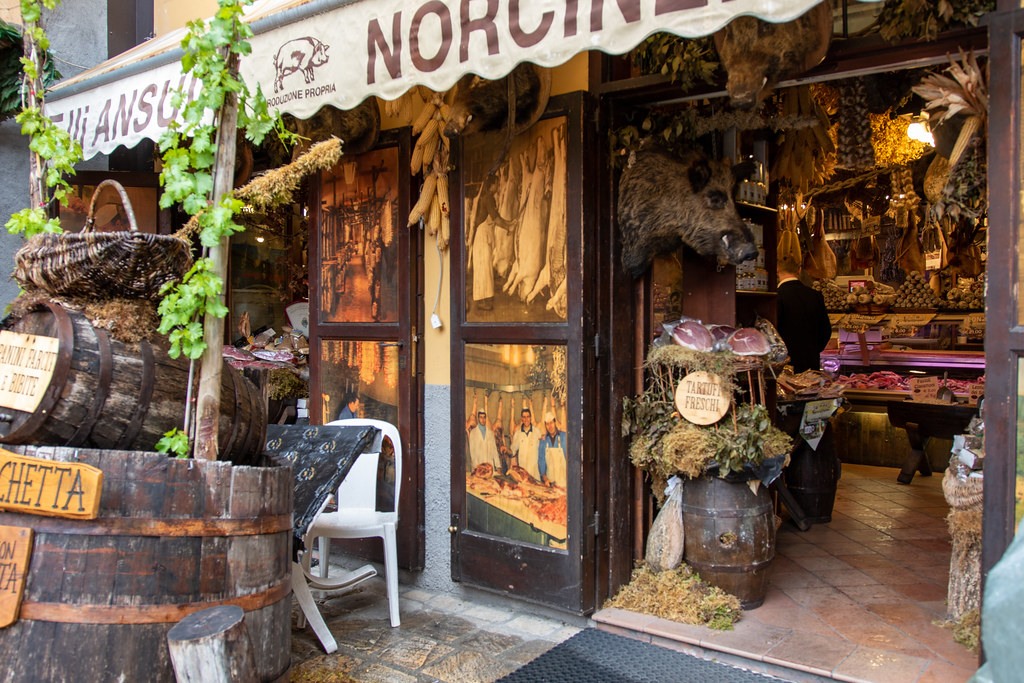 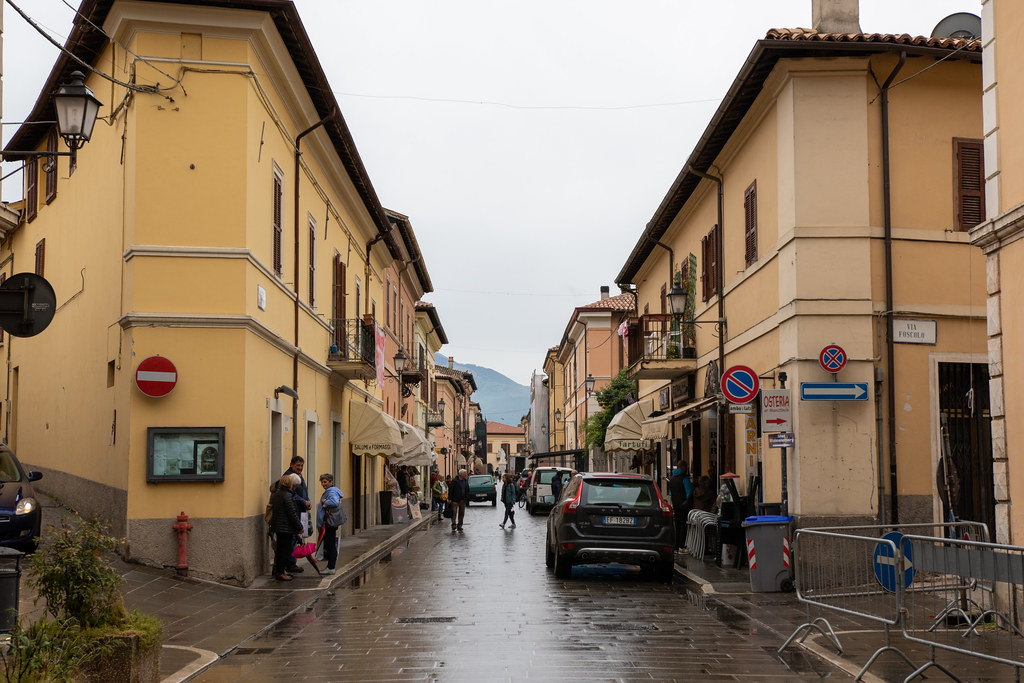 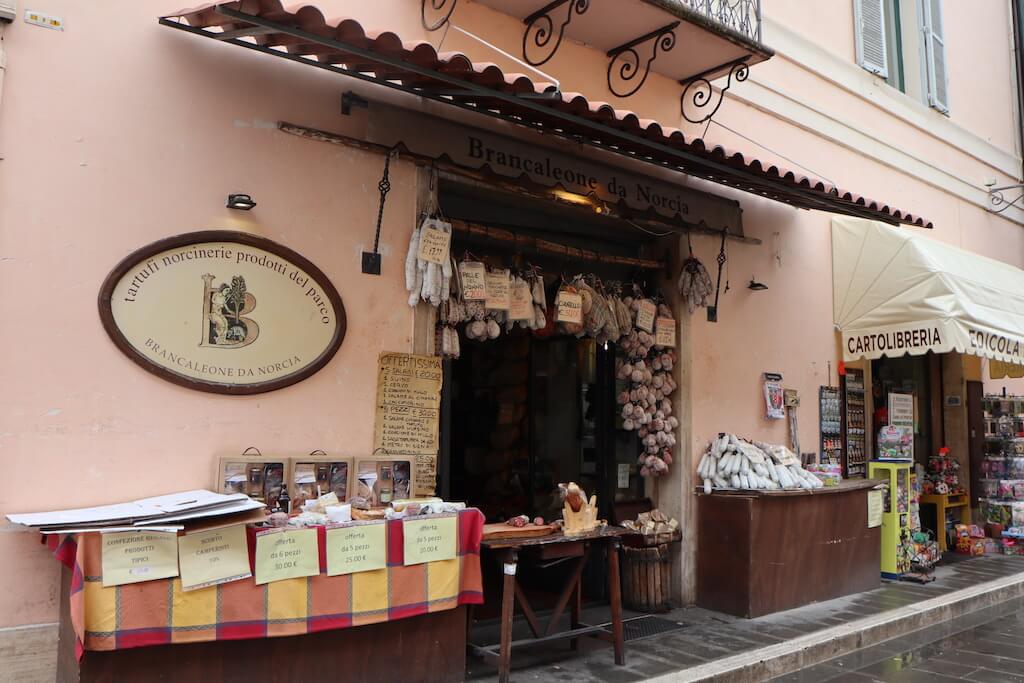 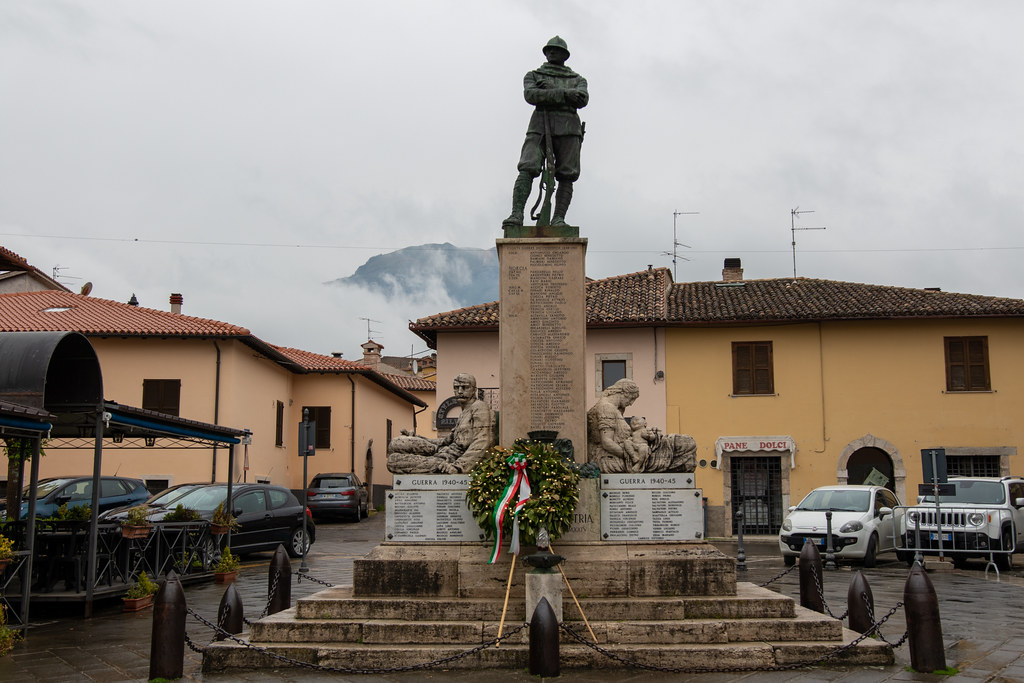 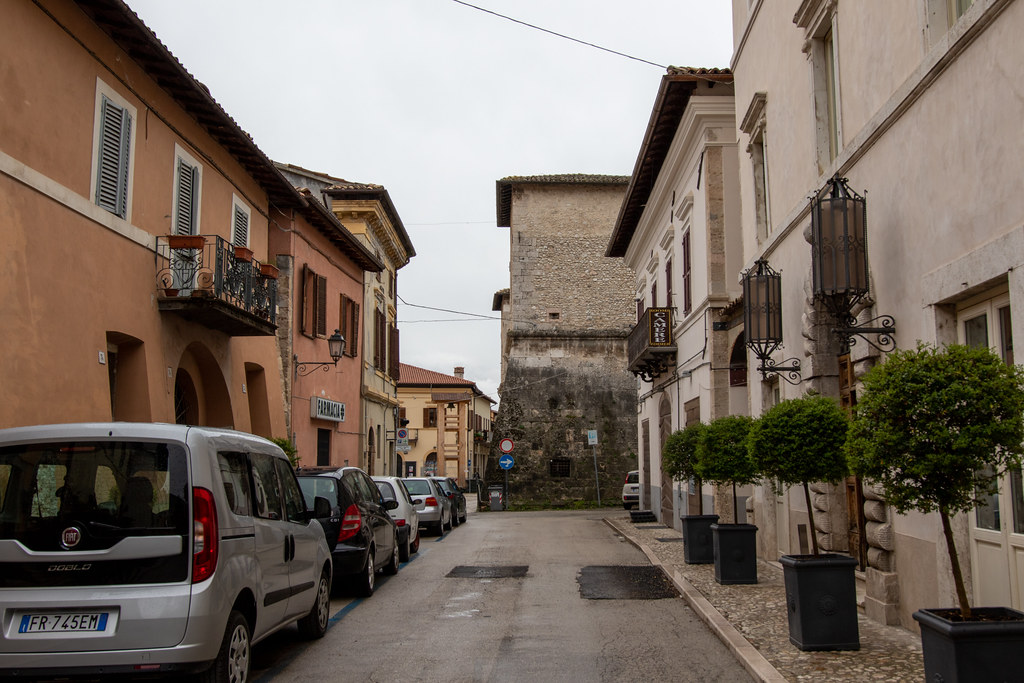 As the weather was not good and it was still before noon, the cafes and restaurants were a bit converted, but there were many, and as mentioned above, there were many fine restaurants, including Michelin-starred ones, and casual restaurants in the village. Accommodation facilities also seem to be excellent. 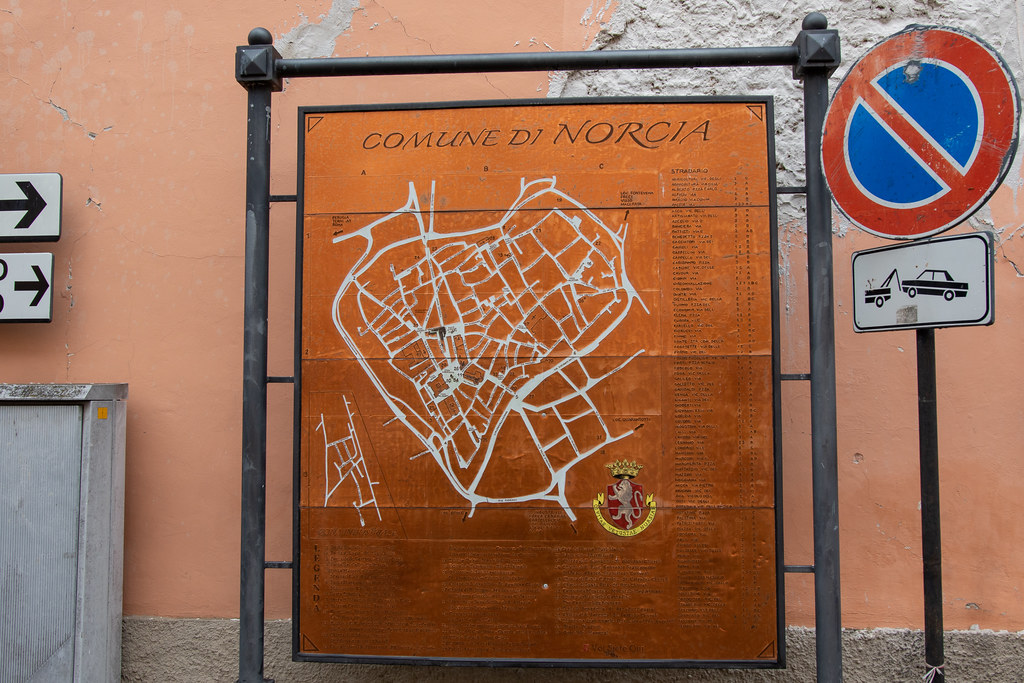 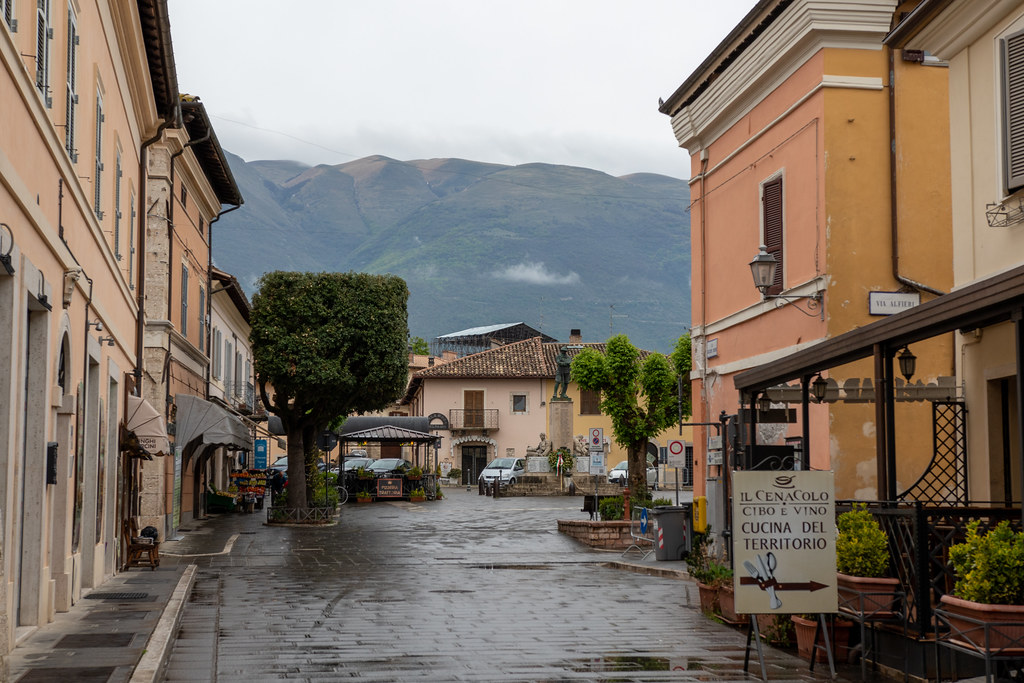 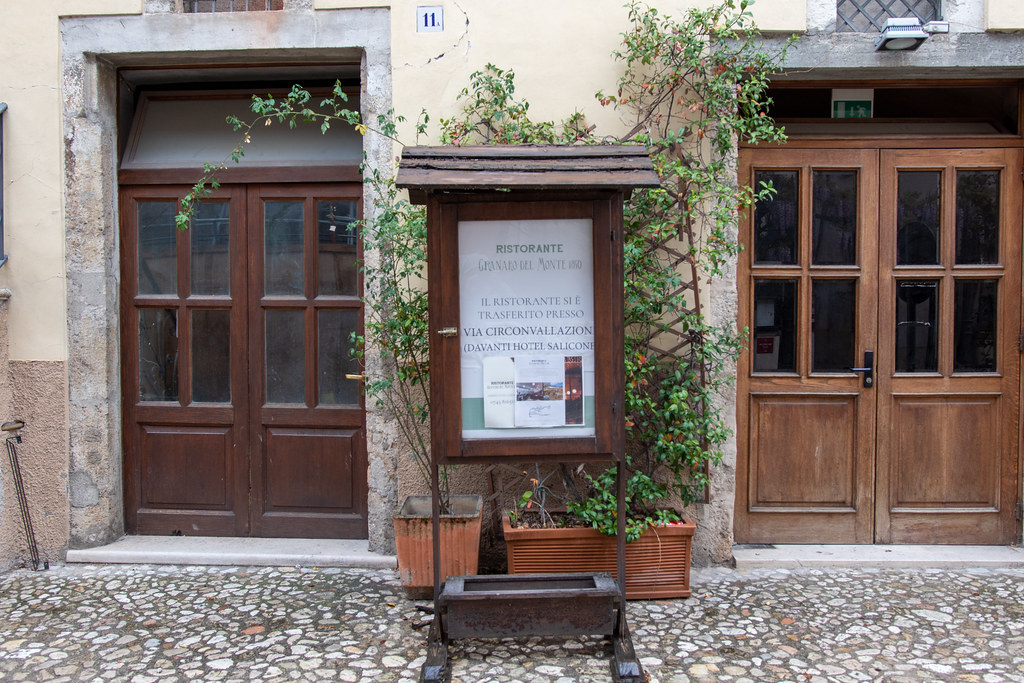 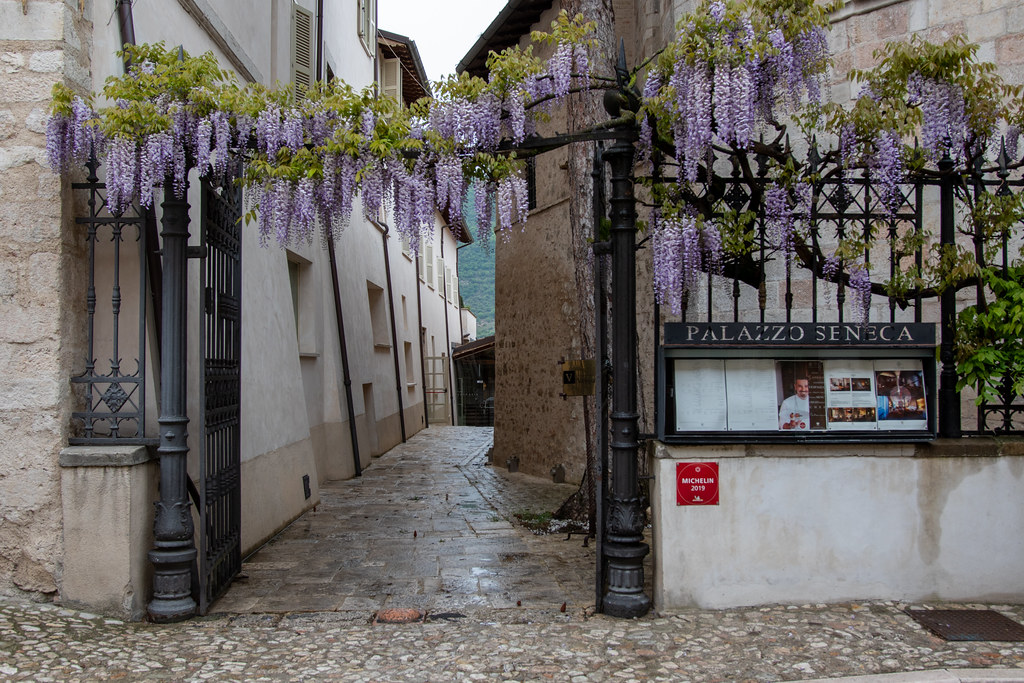 Also, the village is surrounded by a wall, but outside of the wall, maybe because of the damage to the buildings in the village, there is a wooden prefabricated shopping street, where you can buy foodstuffs and other goods. 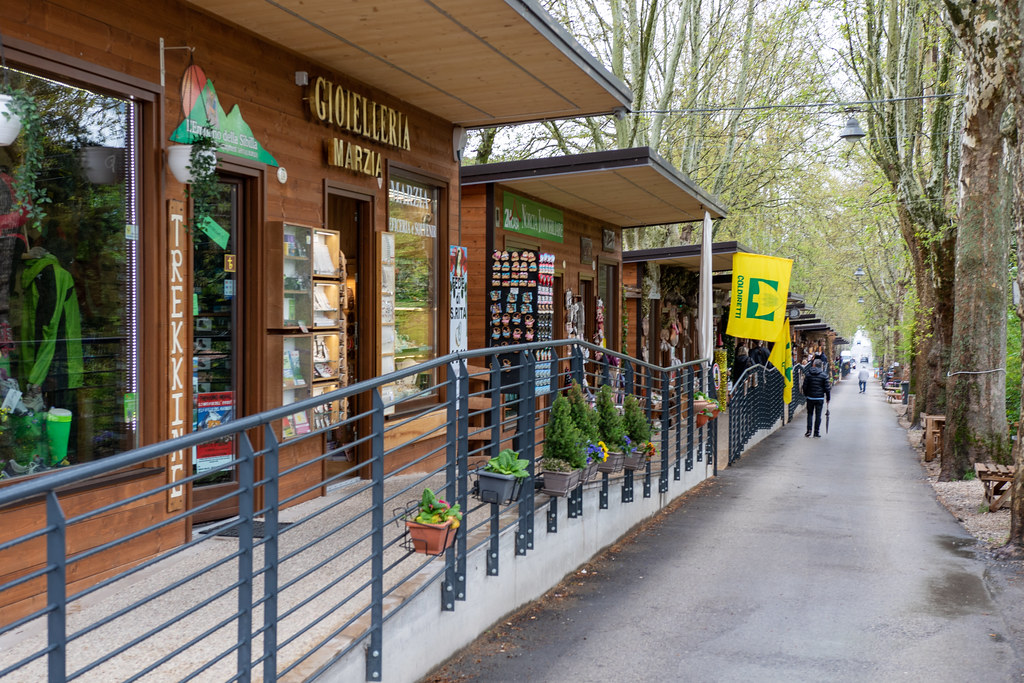 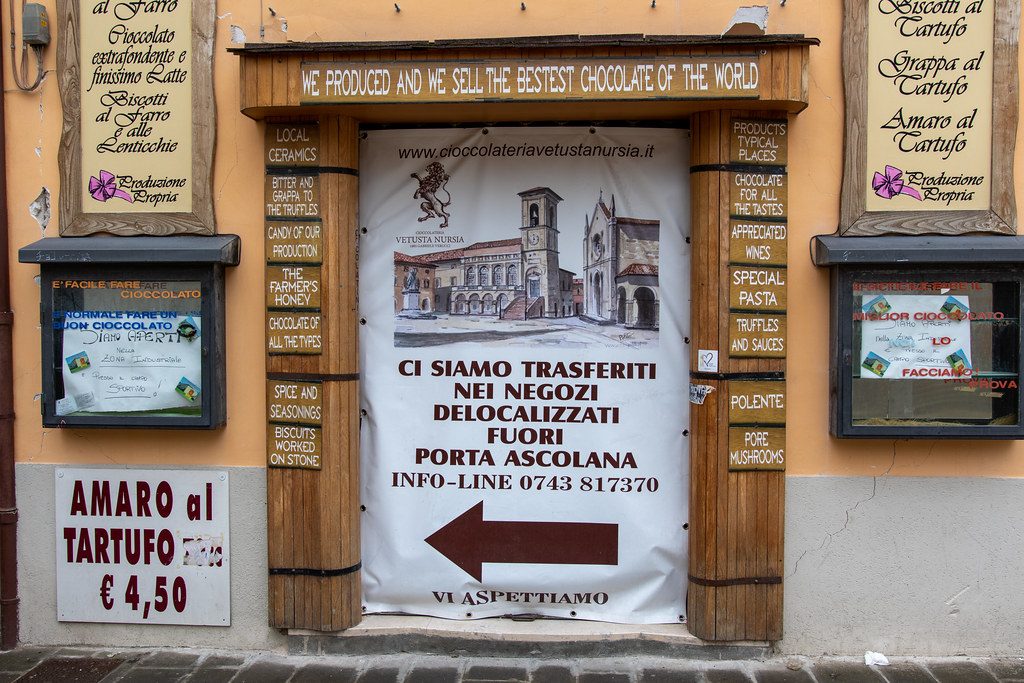 By the way, there were a lot of shops, so I bought some salami and potato chips with black truffle flavor, which may or may not be a specialty of the village. We didn’t eat them on the spot, but two days later at our apartment in Rome, we enjoyed them with a bottle of wine that we had bought when we were in Tuscany. The oiliness, the depth of flavor and the saltiness, both strong and mild, were excellent and impressive. 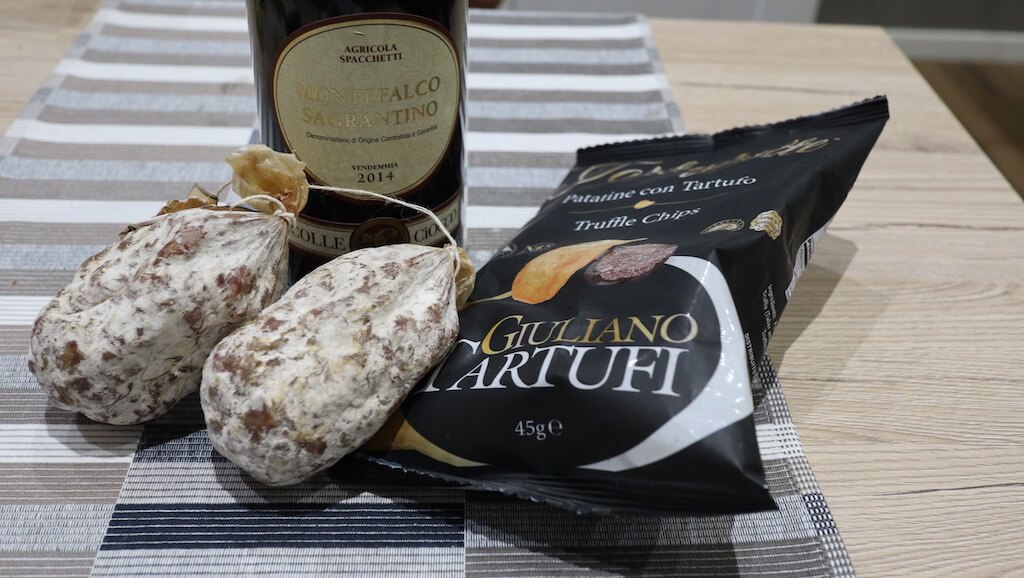 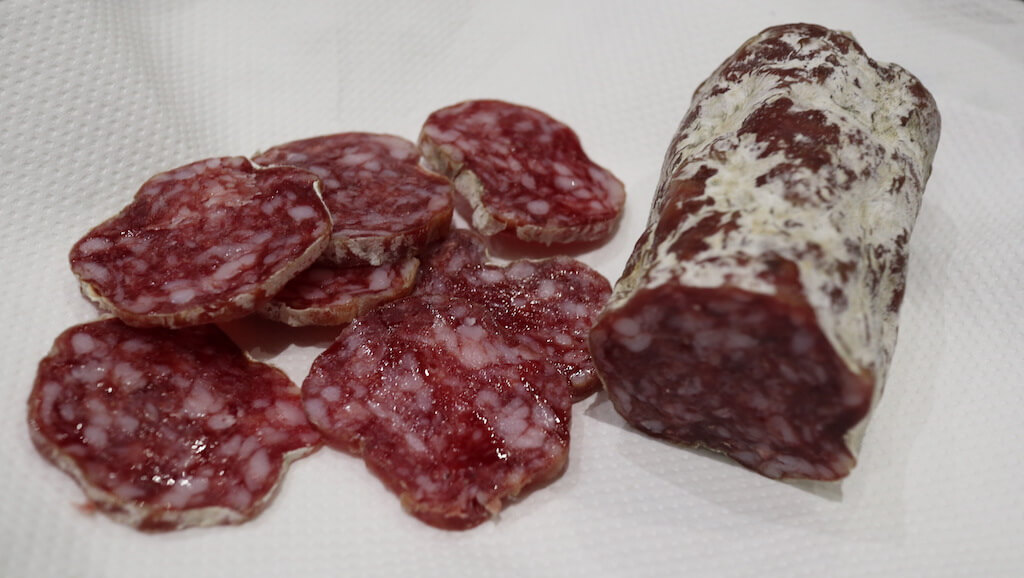 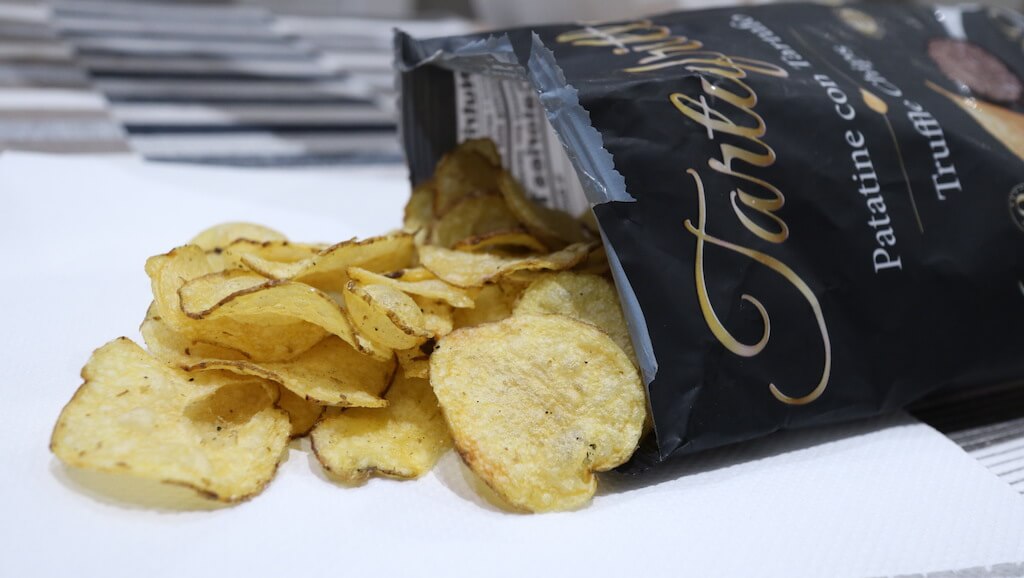 Castelfranco Piandiscò – ★★☆☆☆: Tour of the most beautiful villages in Italy No.5

Chassepierre – Tour of the most beautiful villages of Wallonia No.24 -★★★★☆

The road to Turin, driving in Turin is quite terrible! -2012 France and Spain

Date and Time of Visit: July 18, 2017, approximately 3:00 p.m.This is our fourth stop of the day to visit the beautiful ...
Italy No. 8, April 2019: From Marche to Umbria again, passing through an area that still bears the scars of the 2016 Italian earthquake
Italy No. 7, April 2019: World Heritage Site, Basilica of San Salvatore, Small Temple of Clitunno (Italian Longobards: Footprints of Authority)
Page d’accueil
April 2019 Italy
タイトルとURLをコピーしました