Since we started touring the beautiful villages of the Marche region, we have occasionally seen churches under restoration, which were affected by the earthquake that hit central Italy three years ago, in August 2016, if not all.

What is the Central Italy Earthquake?

The Central Italy earthquake was a 6.2-magnitude earthquake that struck near Norcia in the province of Perugia in central Italy at 3:36 a.m. on August 24, 2016.

Here is the information from Wikipedia, most of the residents were asleep because this was a pre-dawn earthquake, and many were trapped under the building.

The area near the epicenter of the earthquake is bordered by the three provinces of Umbria (Perugia), Marche (Ascoli Piceno), and Lazio (Rieti). It was reported that the damage was particularly severe in Amatrice (Province of Rieti, Lazio), which was known as a tourist destination and attracted many tourists.

Can you get to Umbria from Ascolipiceno?

The day before this day, we stayed in Ascolipiceno, a town located almost on the border of Marche and Umbria, and we were wondering one thing when we stayed there. One thing I wondered when I stayed in this town was whether I could go back to Umbria, where I stayed three days ago, by crossing the mountain on the next day, that is, the 4th.

To get to Umbria from Ascolipiceno in the Marche region, it is necessary to take the motorway that runs between Ascolipiceno and the city of Spoleto in Umbria. But it is over this mountain into Umbria that was the epicenter of the great earthquake of three years ago.

I was worried, so I checked Google Maps to see if there was a passable route between Ascolipiceno and Spoleto, and according to Google, the highway was blocked, but if I detoured to a public road, I could cross the mountain.

This was a relief, but when I looked at the satellite photo on Google Maps, I saw the situation. I was shocked. And I was worried if we could really pass through. 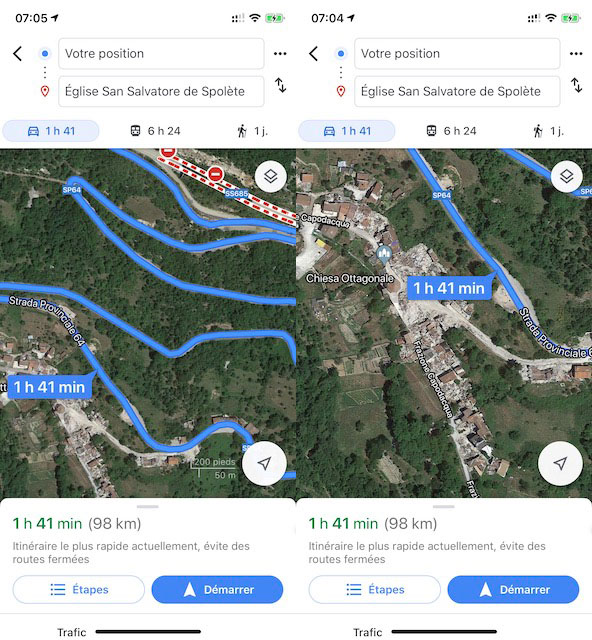 Then we searched the internet for the current (at the time of our trip) motorway conditions in Italy. It seemed that the information from here was the same as that from Google Maps. So I decided to stay in Ascolipiceno and took the route from Ascolipiceno to Umbria over the mountains. In recent years, I don’t make a detailed itinerary and accommodation in advance of departure, but decide on the spot, two or three days before if possible, or on the day if it is difficult, because I can’t understand the situation without actually going there.

It wasn’t raining on the way from the apartment to the parking lot, but it started to rain right after we got in the car and left the city.

The traffic on the highway to Umbria was not heavy, but it was more than expected. However, it was not so bad that it became a traffic jam. Despite my worries, for a while the speed was slow because of the many ups and downs and climbs, but the road looked solid and completely safe to drive on. 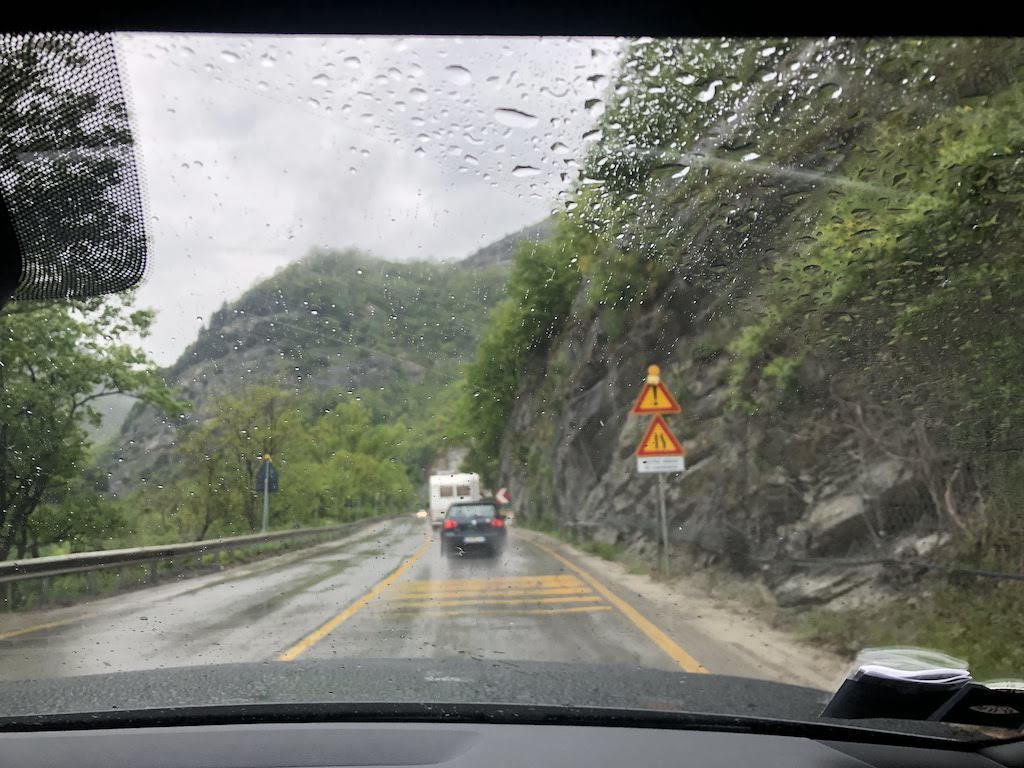 Passing through the area with the most claw marks

But from the middle of the road, as Google Maps showed, we were diverted to a public road because the highway was under construction in the mountains really. As you can see on the map, the road is very winding. And it was raining, so we were very worried. 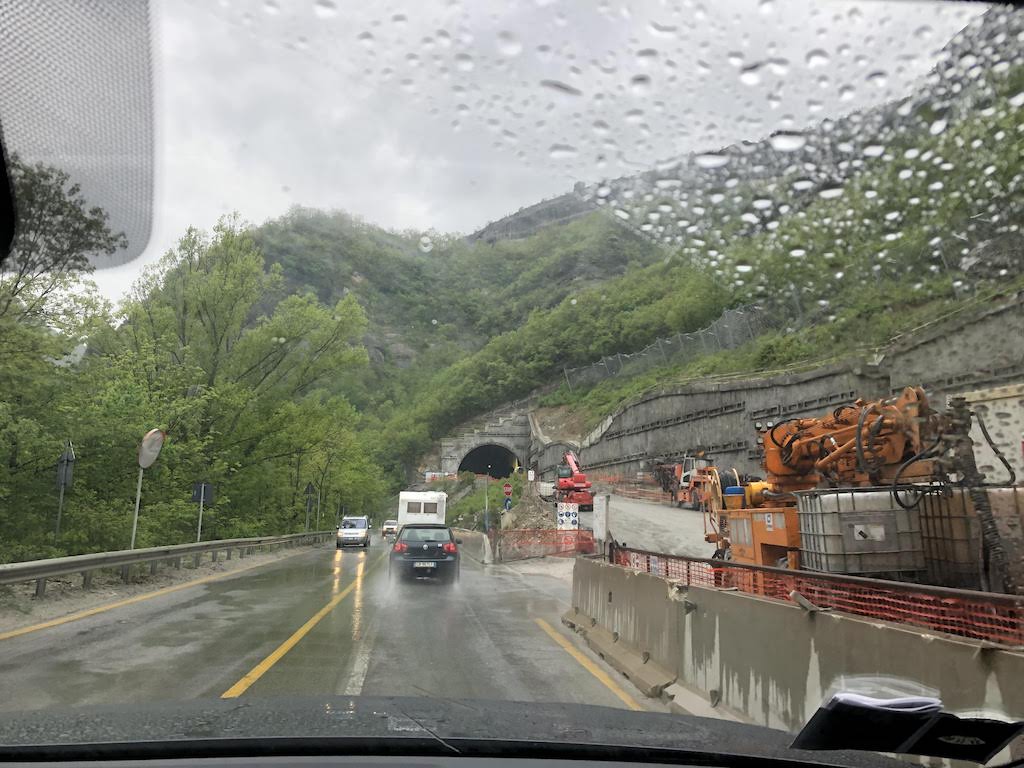 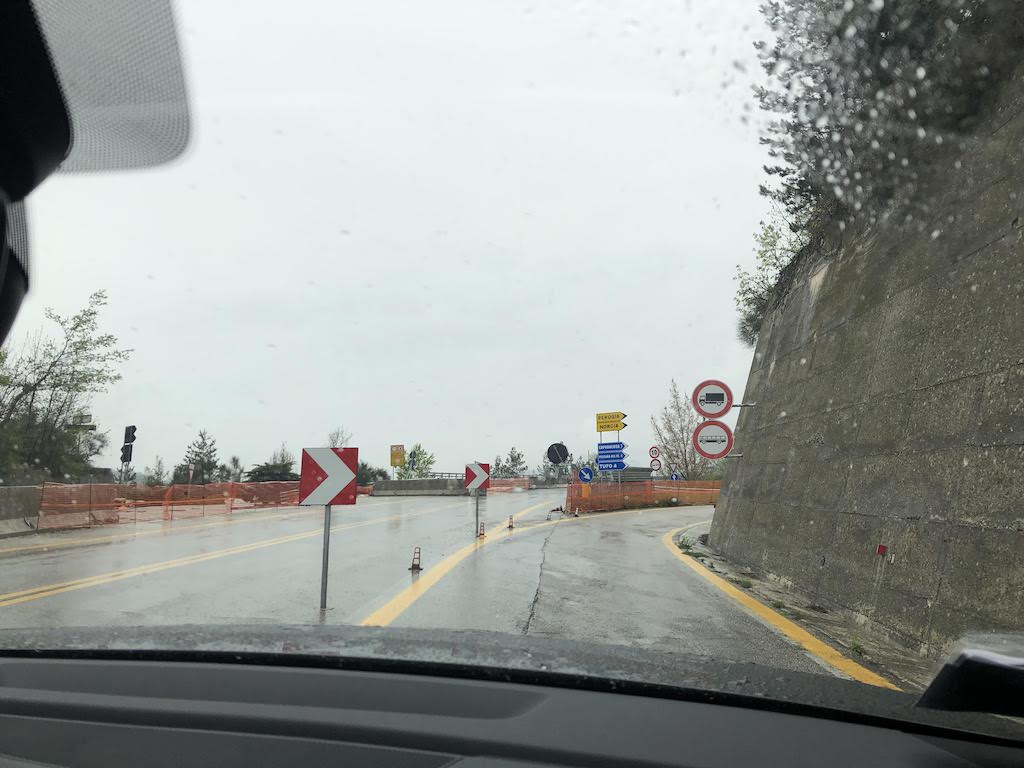 Fortunately, the road was not as narrow as I had expected, and the slope was not steep, so it was easy to run, but after a while, I saw many buildings and roads that had collapsed due to the earthquake and had not yet been repaired. It was very painful. 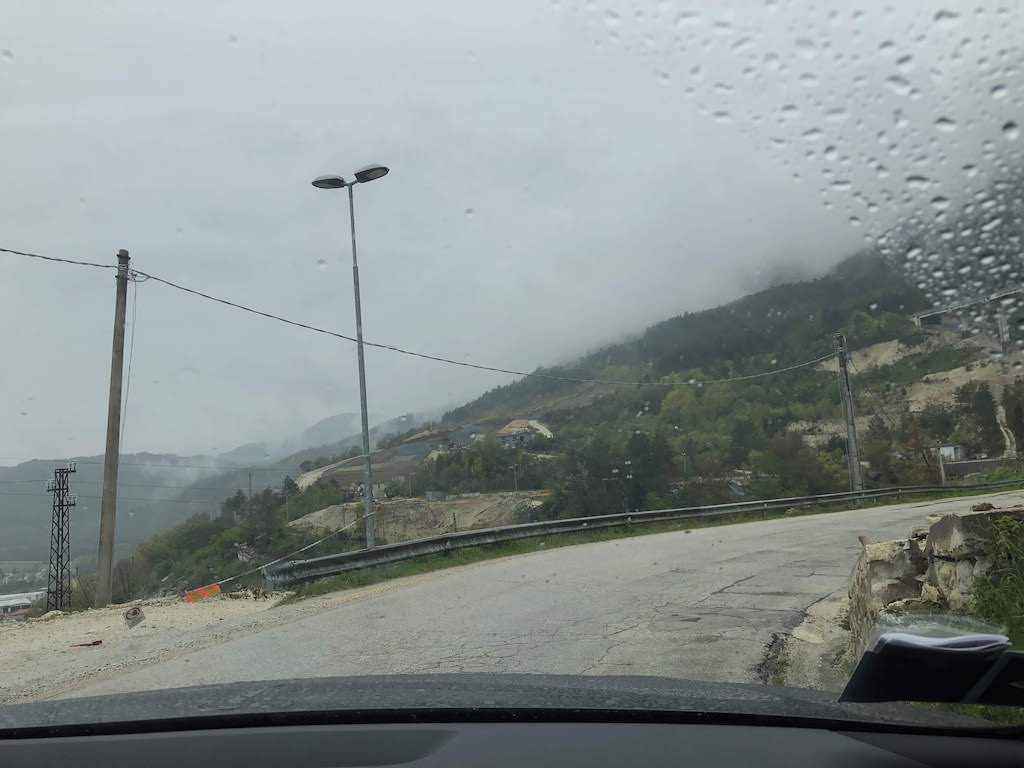 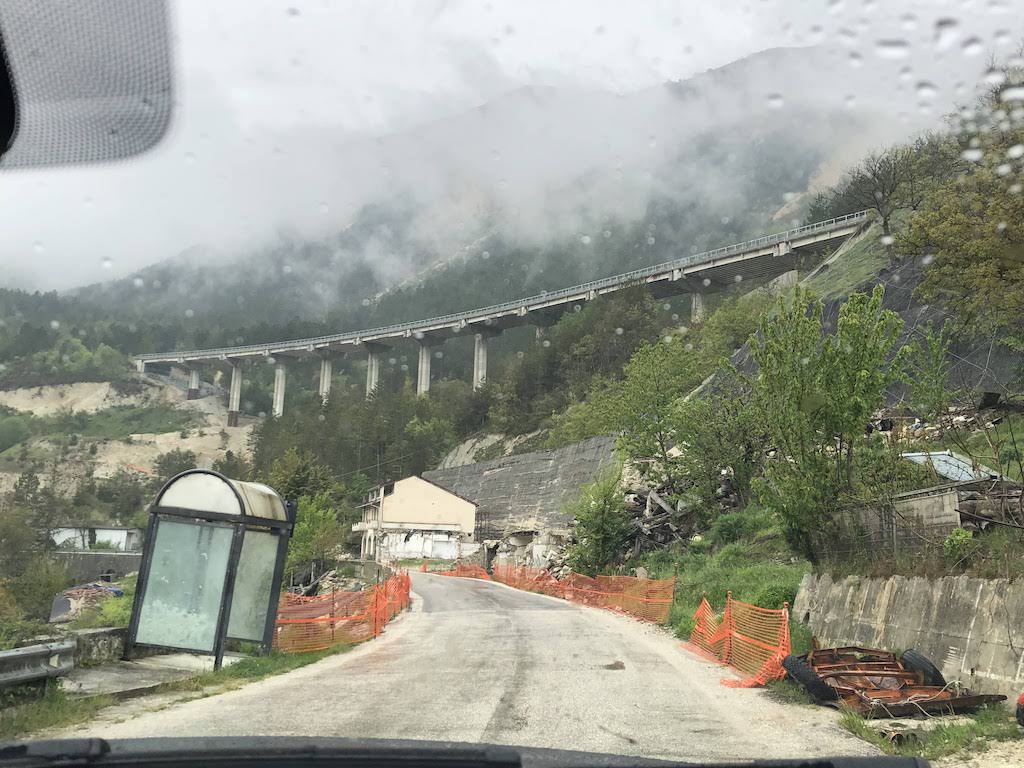 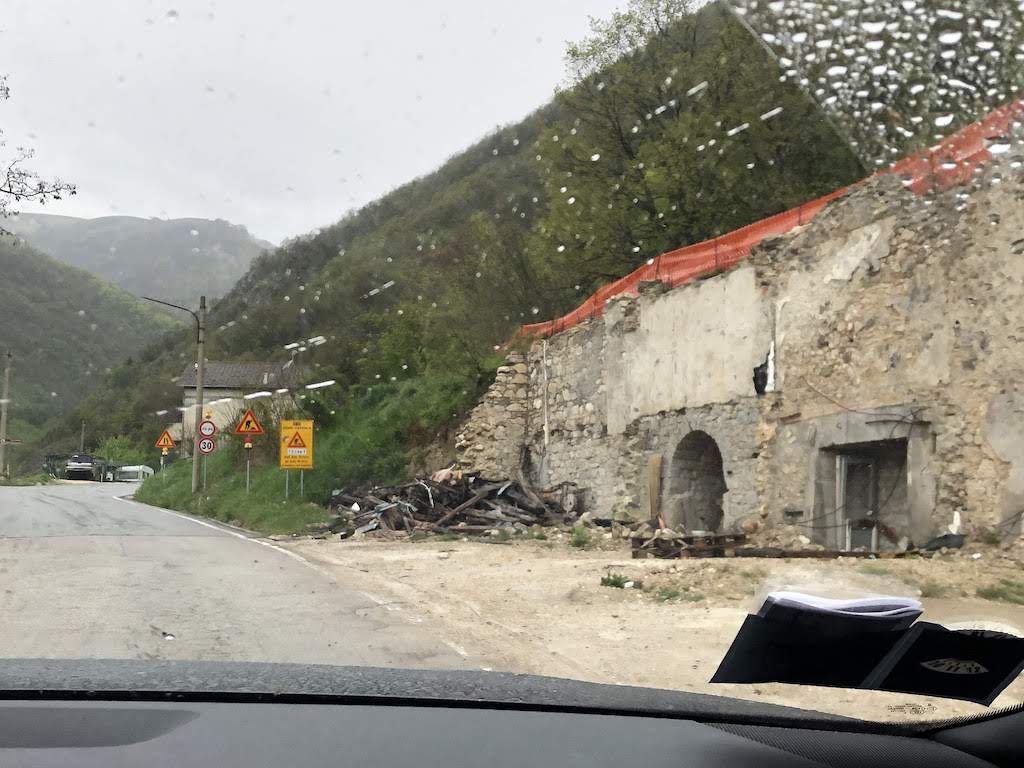 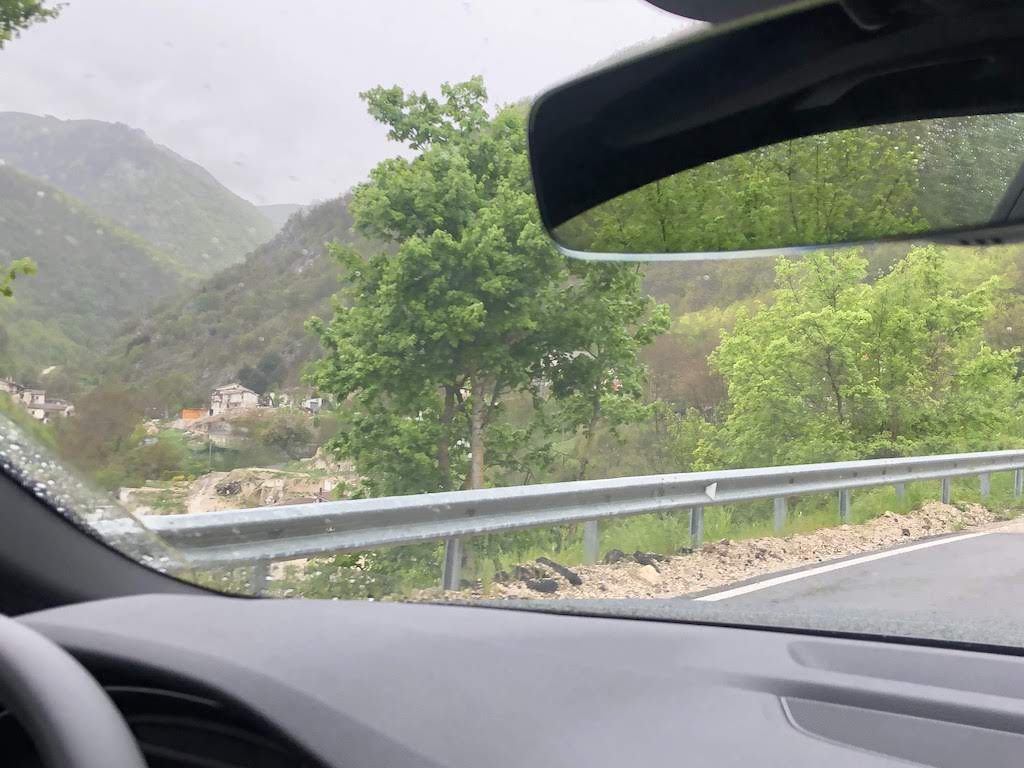 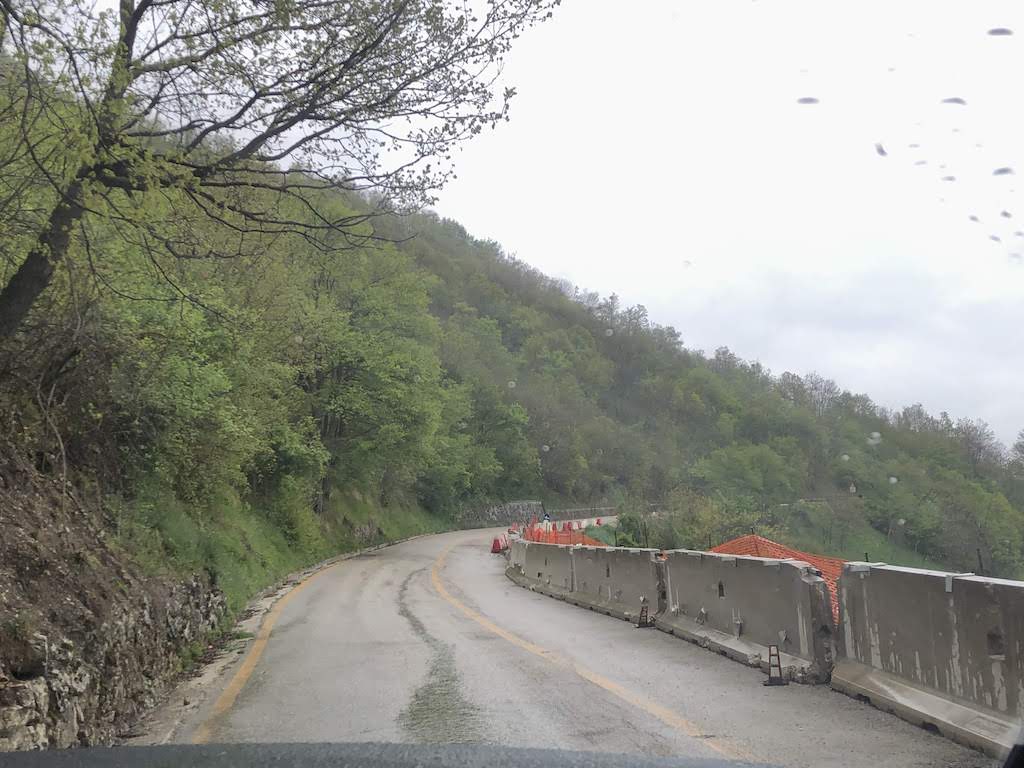 But the reconstruction seemed to be progressing steadily. By the time we approached the Umbrian side, it had become a new highway. 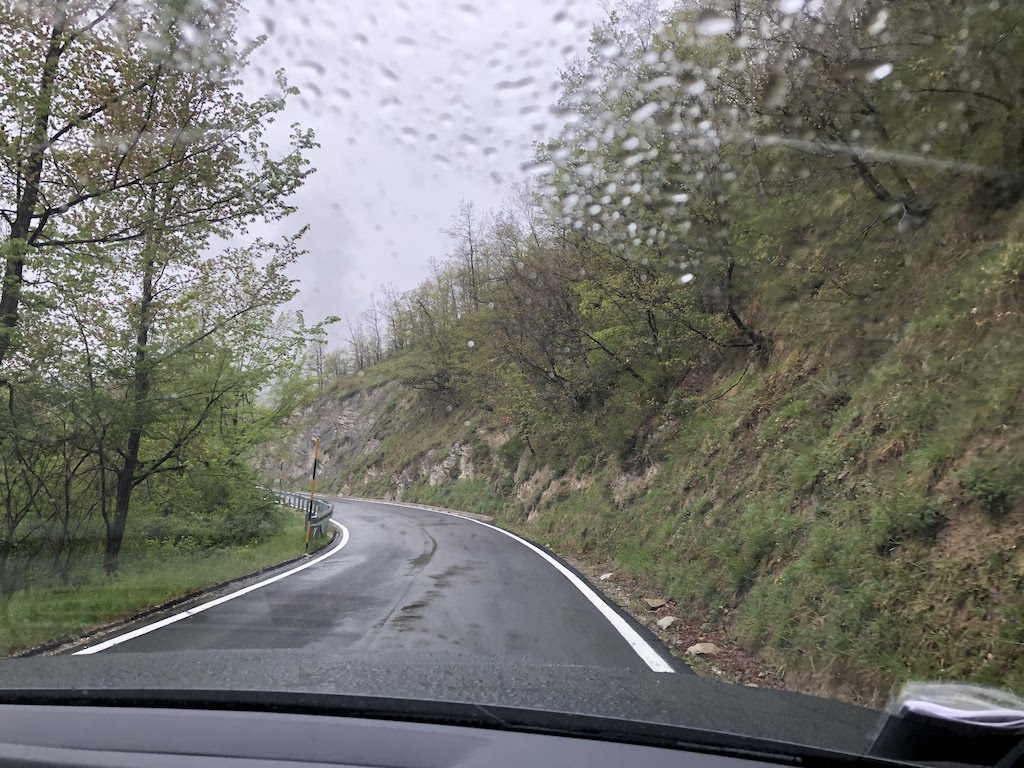 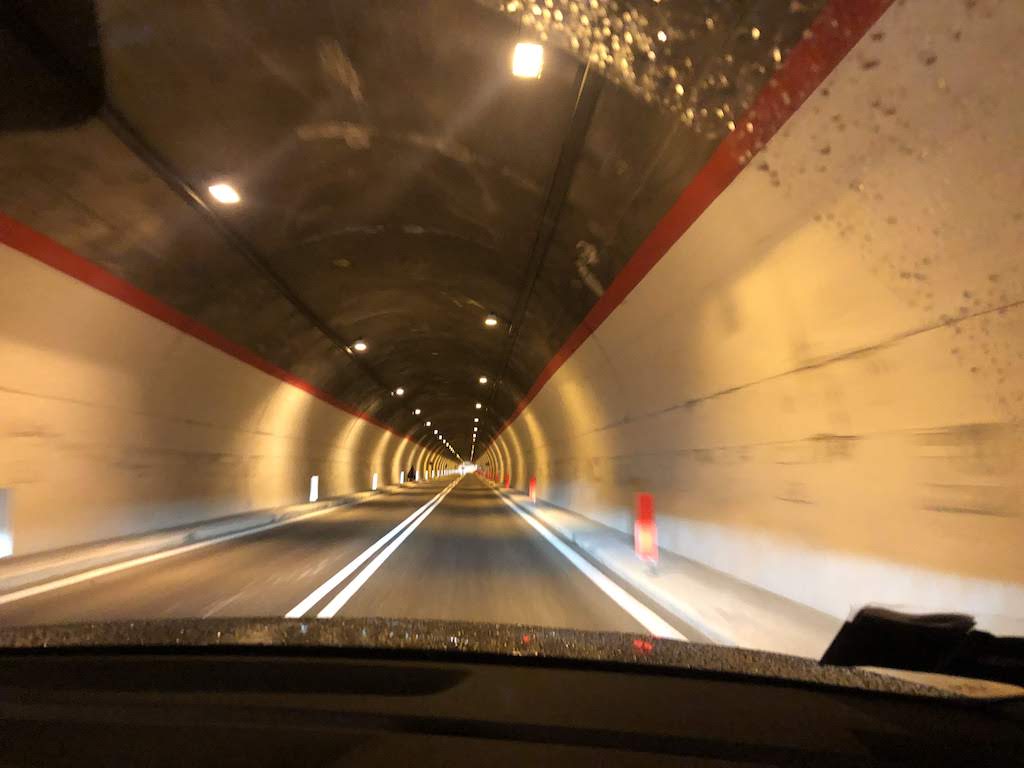 Although we were on a public road from the middle of the road, there was no particular congestion and we arrived at our destination Norcia as Google Maps predicted. However, this most beautiful village in Italy was also severely damaged by the big earthquake three years ago. This area near Norcia was the epicenter of the earthquake. 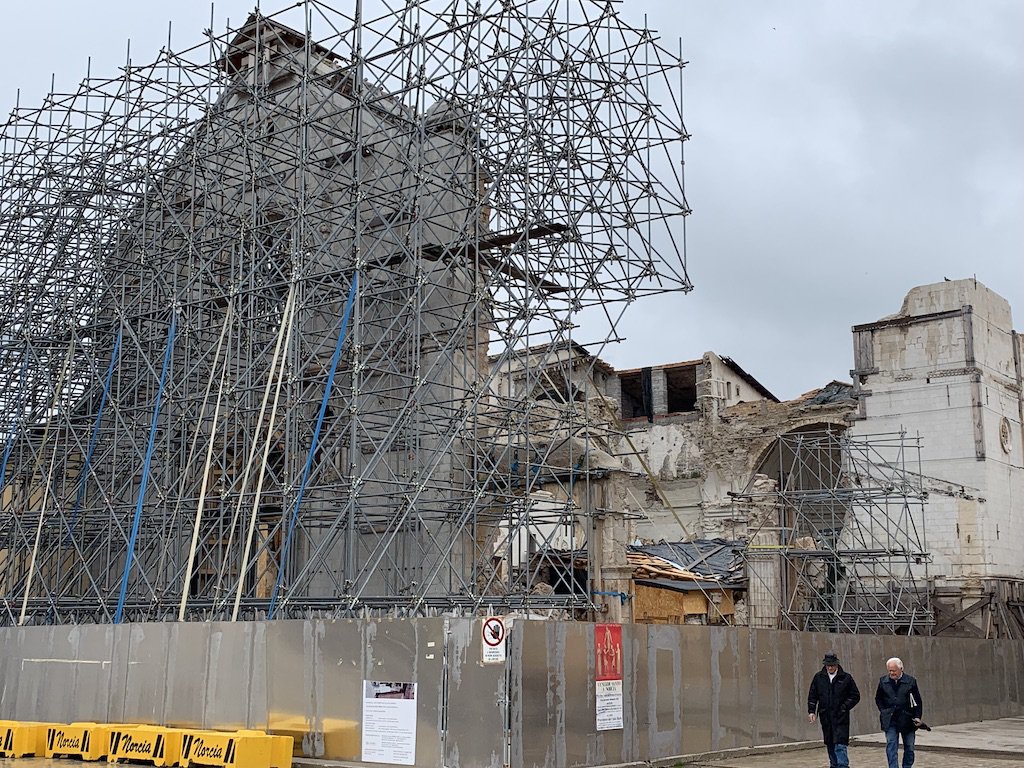 Ansouis – Tour of the most beautiful villages in France 2011 No.60

Departure from Paris and return to Japan – 2011 France Realtime No.20

The last night of my departure. On May 4, the day of my return to Japan finally arrived.I climbed the Notre Dame tower o...

On the last day in France, we visited beautiful villages in Languedoc-Roussillon -2012 France and Spain Real Time Edition No.10

The last diary in the France section is an update from the train station in Perpignan.Now, on this day, May 10th, we wil...