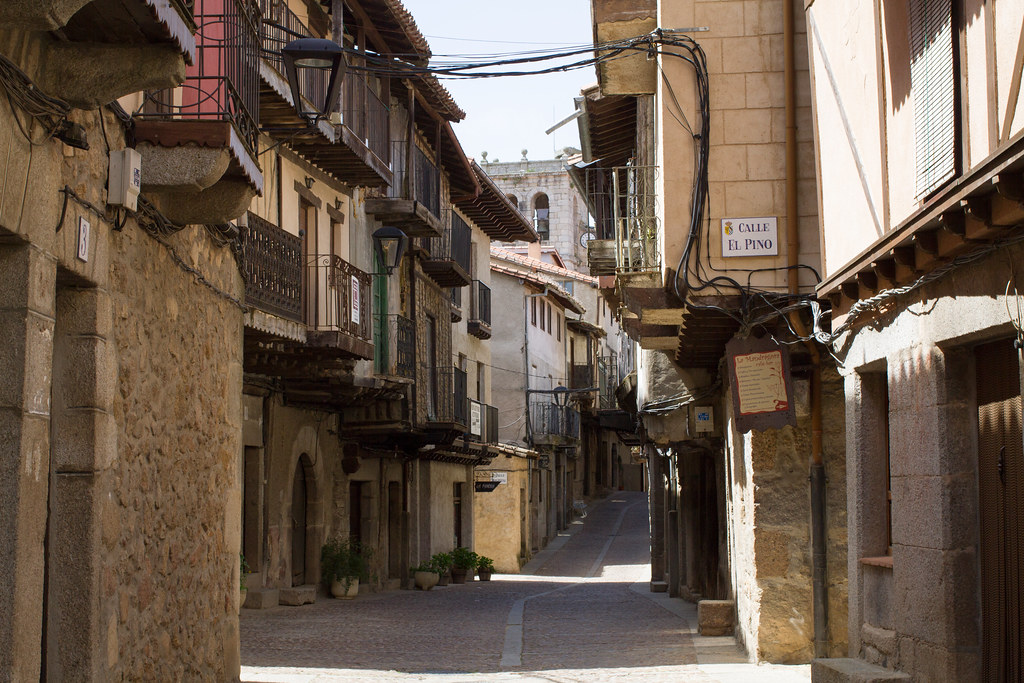 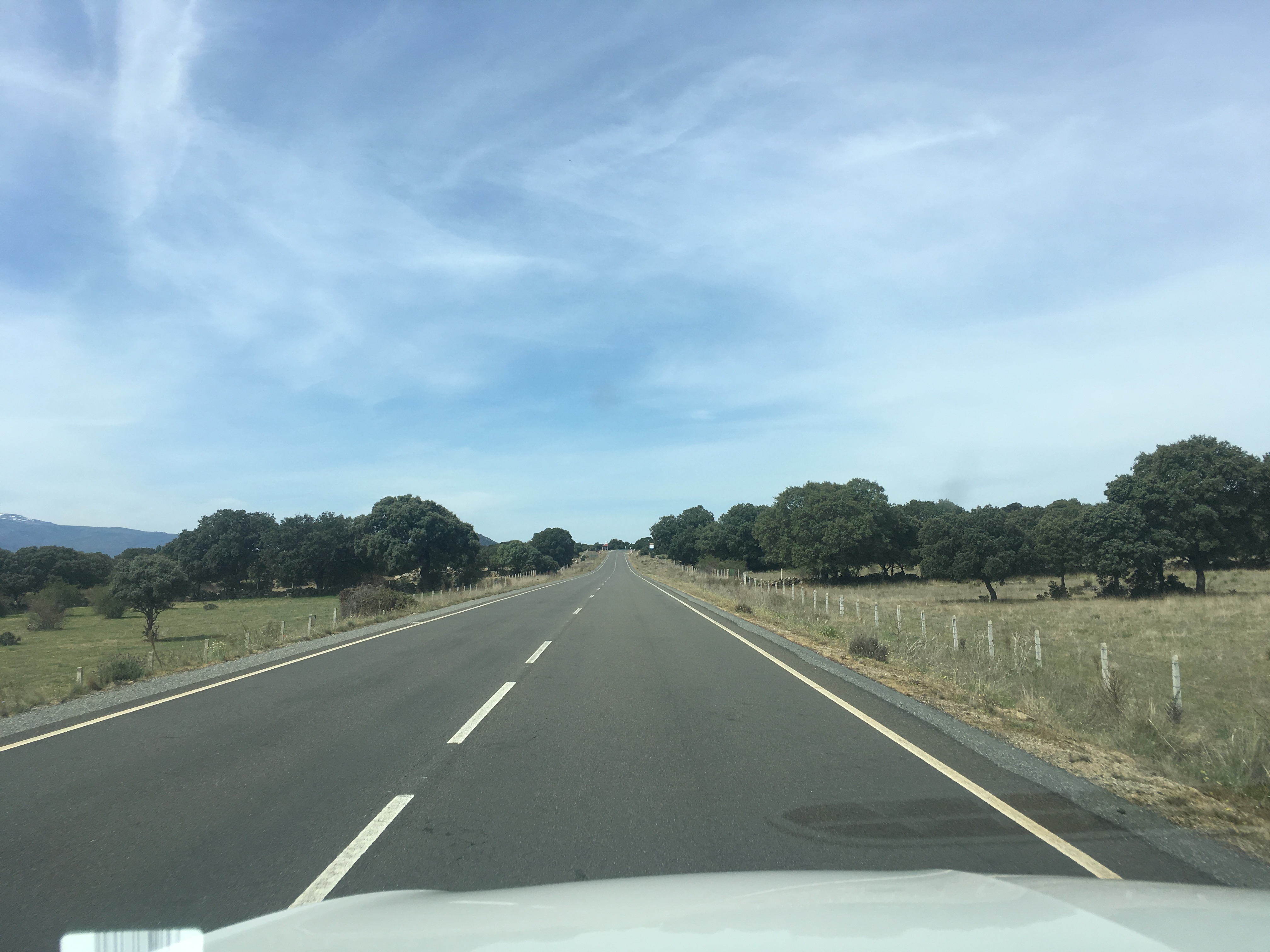 When we arrived at our first stop, Candelario, it was still a little chilly, but when we arrived at this village, it was just before 3pm and very hot. From here, we took off our jackets and went sightseeing in T-shirts.

Cars could easily be parked in the space in the central square of the village. 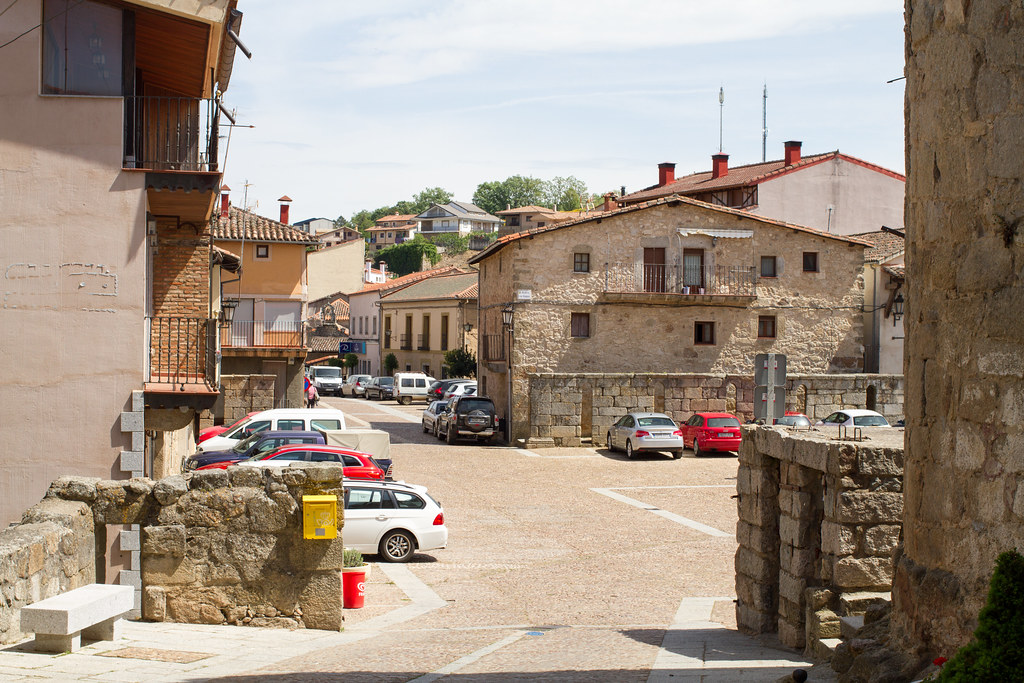 It was a very quiet town. However, there were only cafes at the entrance of the town, and there were few facilities for tourists such as souvenir shops. I guess that’s because, actually, this village has not been chosen as the most beautiful village in Spain yet. When I visited Spain last year, it hadn’t been chosen as one of the most beautiful villages yet. As a proof, it wasn’t listed in the guidebook I bought there last year. 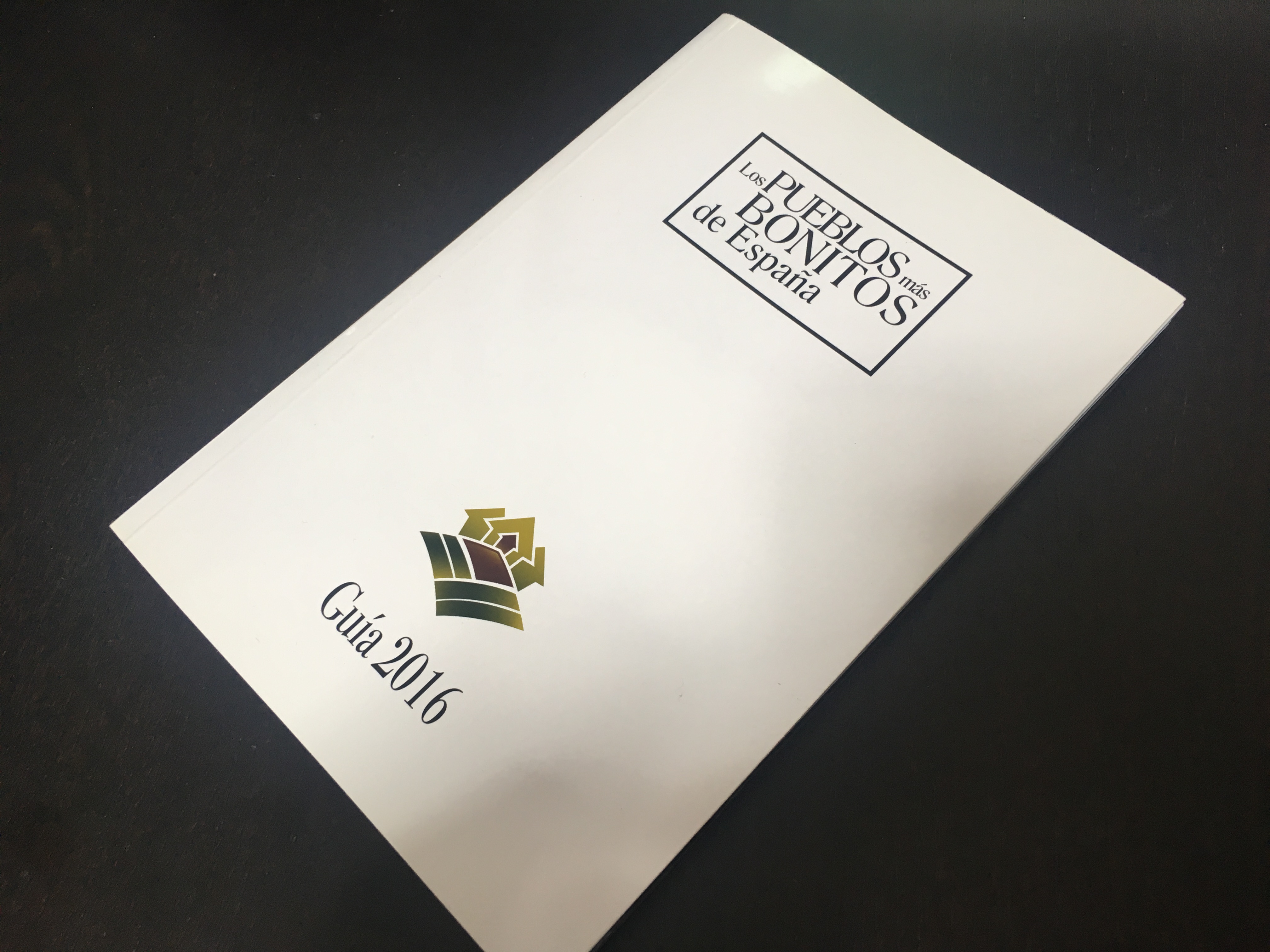 I wonder if it is because it is a newly selected village. Tourists were not so much as to say at all. It may have been only me. There seems to be a tourist information center in the village office, but it doesn’t seem to be open at all. Well, it’s a common thing in the most beautiful village in Spain. It would have been nice if there was some kind of map or pamphlet to know at least a brief history of the village… 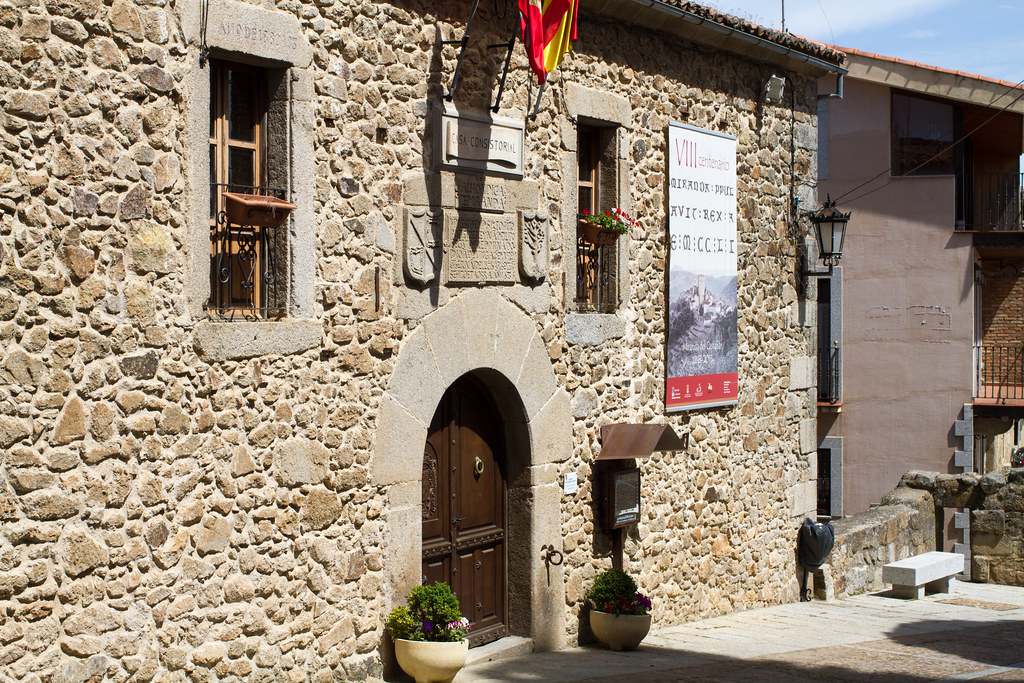 To be honest, I have no idea what’s there, but I walked around the village at random. I heard that the wooden terraces seen here and there are the unique architectural style of this region. I think this kind of construction can be seen in Alsace in France, but I feel the design and atmosphere is very different again.

The main street of the village is only wide enough for one car to pass through, but the residents parked their cars there and talked with each other. The color of the car was very stylish and blended in with the scenery of the village, and it was beautiful… 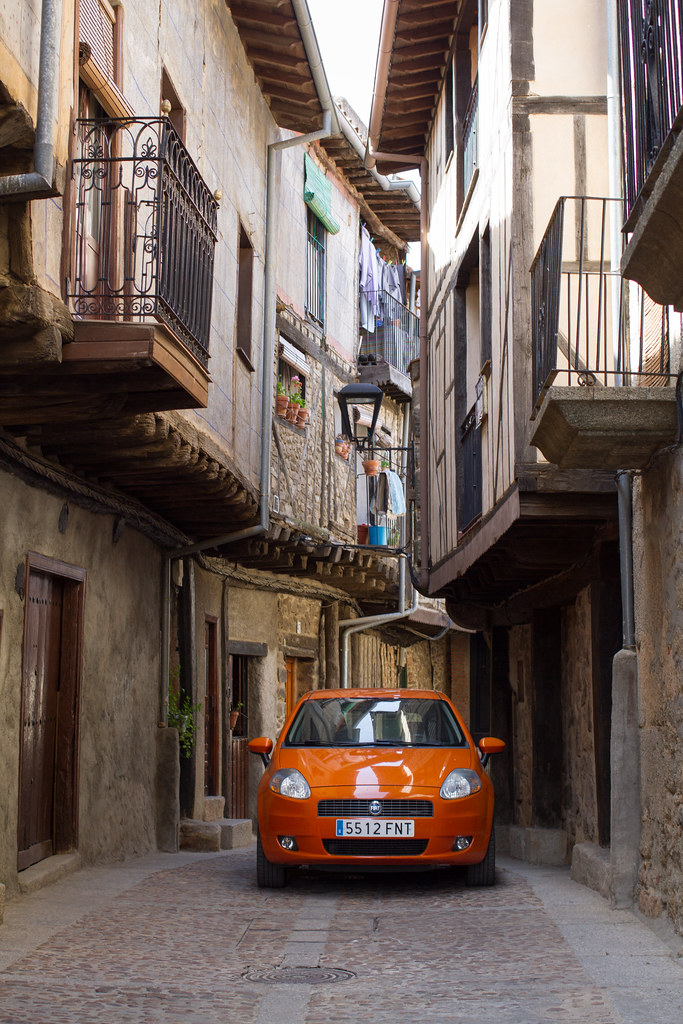 Other than that, I could see a city that reminded me of a castle city. 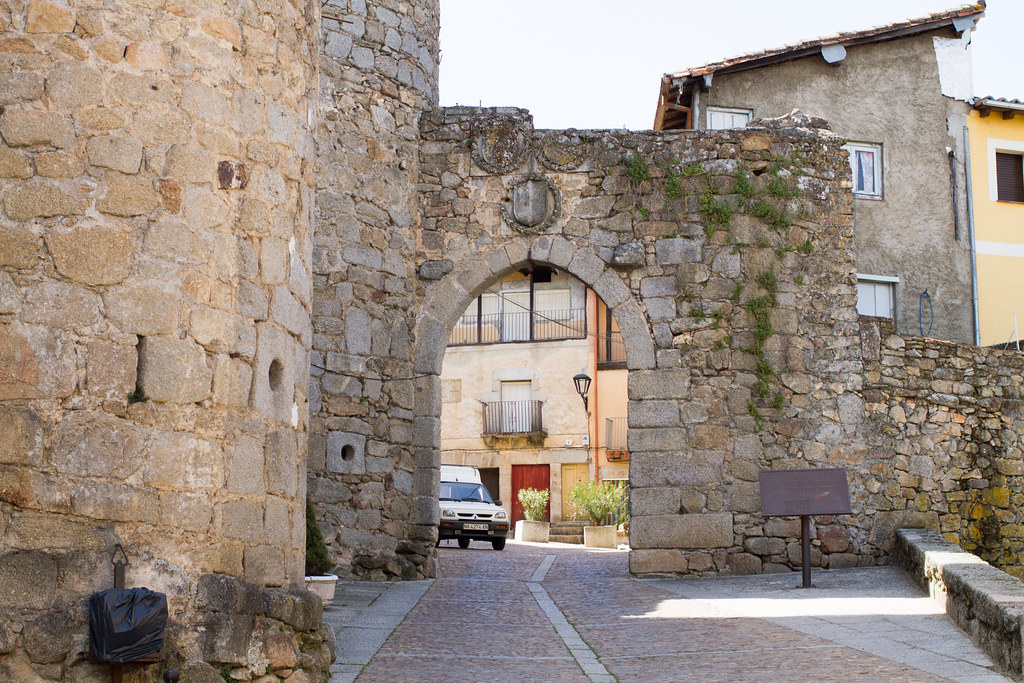 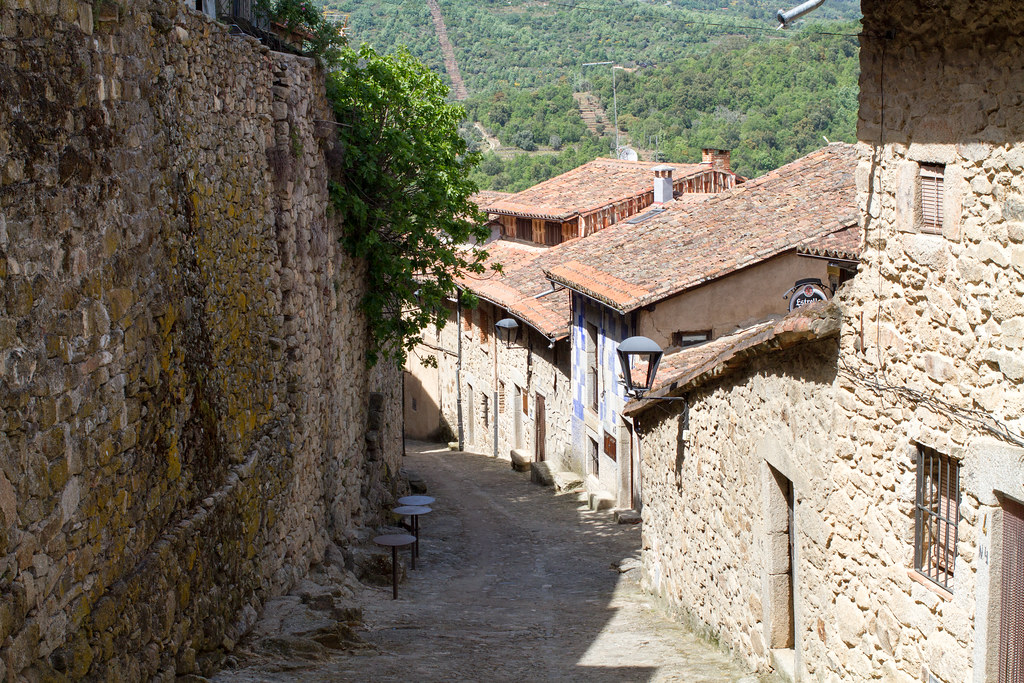 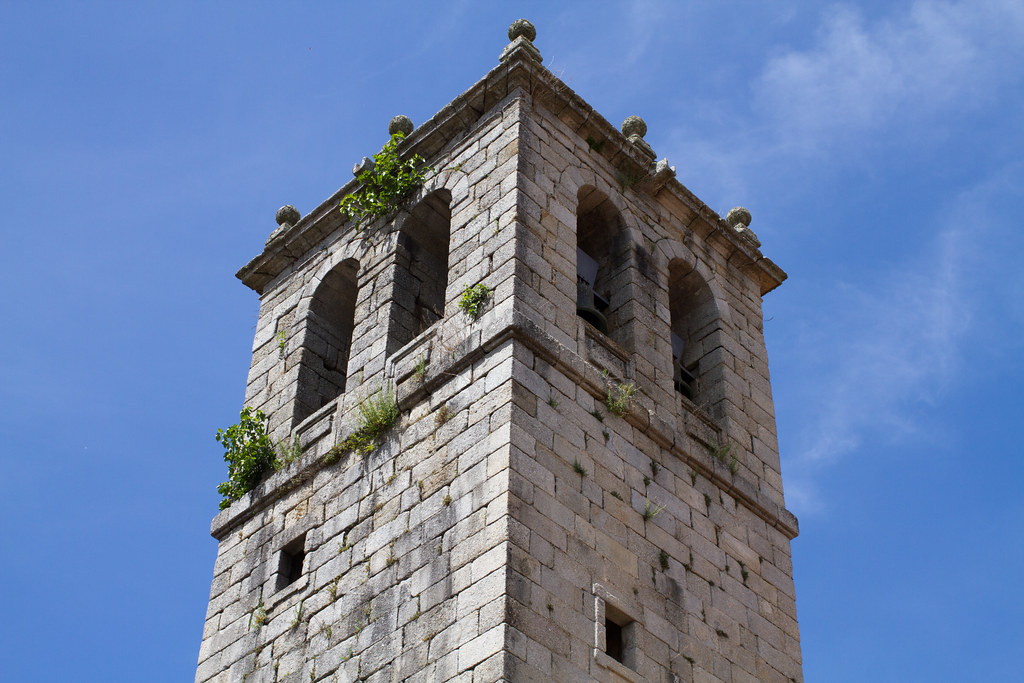 In addition, there seemed to be a restaurant or something, but it was after 3 o’clock in the afternoon when we arrived at this village, so it was natural that it was not open at that time, but I had no idea whether this place was really open at noon and later at night. (That’s why there were no tourists.) 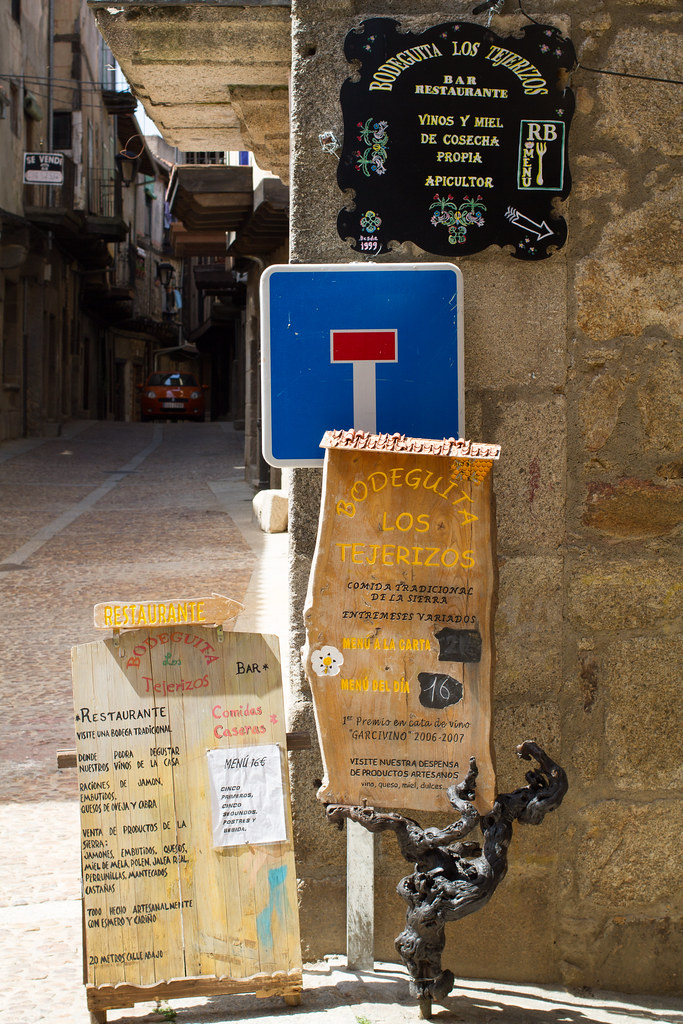 There was a Castelo in the center of the village, but we couldn’t enter it. I feel that such facilities in the most beautiful villages in Spain are often not open. In France and Italy, they are quite open. 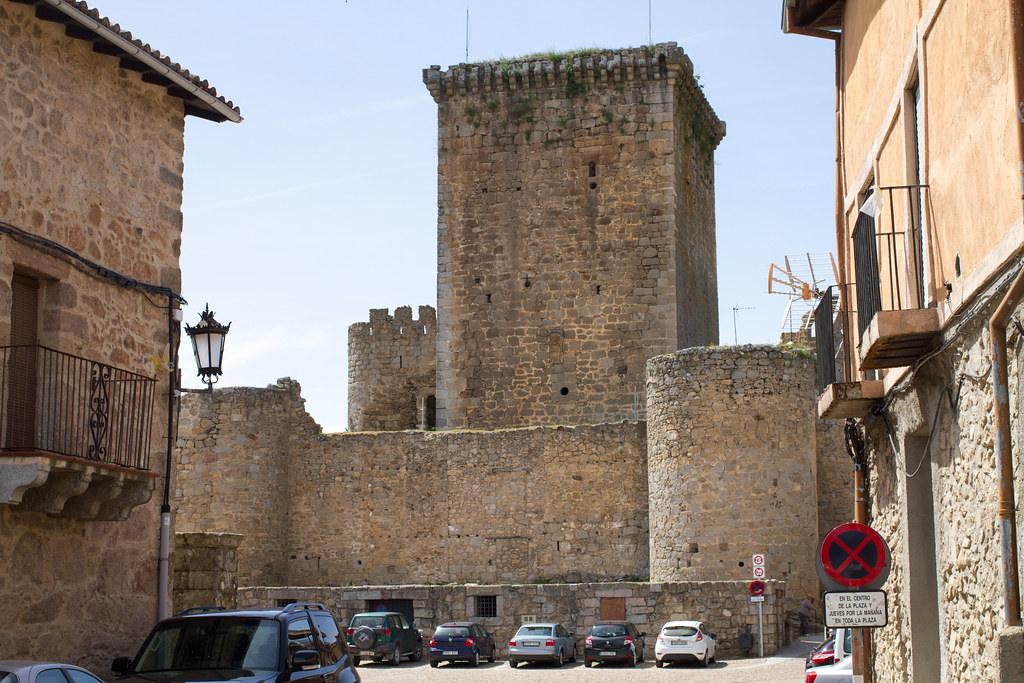 By the way, as I mentioned, this village was chosen as one of the most beautiful villages in Spain in 2017, i.e. it was still very new to be chosen. I found a news site in the local language. (I haven’t read it because it’s in Spanish, but I think it’s probably correct that it was chosen this year)

According to this news, the following 13 villages were newly registered as the most beautiful villages in Spain in 2017.

If you look closely, you can see Chinchón (Madrid) and Puebla de Sanabria (Zamora) which we are going to visit later. With these villages newly registered, the total number of the most beautiful villages in Spain seems to be 57. I think it will take a long time to complete this list.

In the end, we just walked around and ended up sightseeing without doing anything. Still, let’s say it’s good because I could feel the atmosphere of the village. Because a tour of a beautiful village is usually like this.

It’s getting late in the evening, but the sun is still high in the west of Spain, and there are two more beautiful villages nearby.

This GW, we’ll drive to Santiago de Compostela! -2012 France and Spain Preparation No.2