So, here’s the familiar opening ceremony.

It’s just after opening the package and the display is already turned on!

Let’s start with the box. 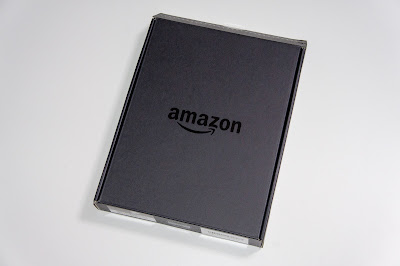 It came in a cool black lacquered box, which is rather stylish for Amazon. I guess it would be rude to say that. 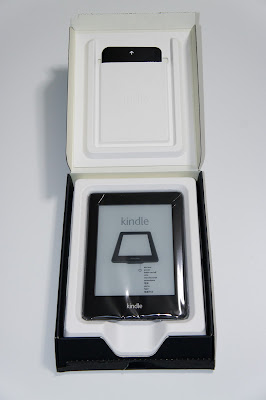 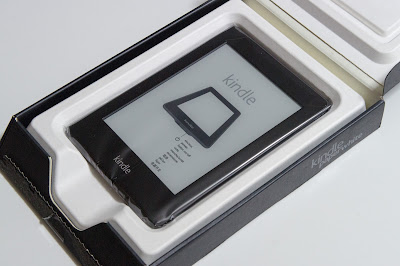 The one on top looks like an instruction manual, but I’m going ahead without reading it anyway. This is common sense in modern gadgets.

Take out the contents as soon as possible. 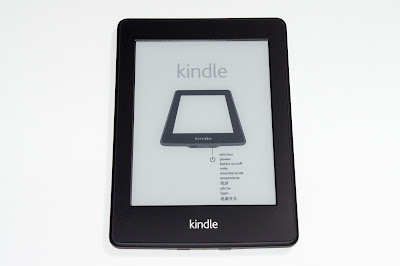 Well, it looks like there’s a piece of paper on the display, so I tried to remove it, but to my surprise, it won’t come off!

What a surprise, the display is turned on…or is it? Anyway, I decided to touch it and see. Then the initial setting started. 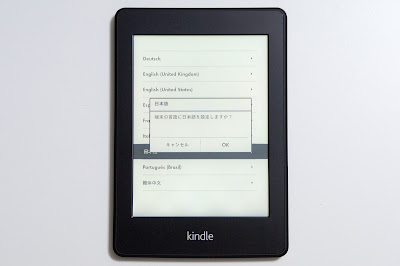 By the way, the back side is like this. 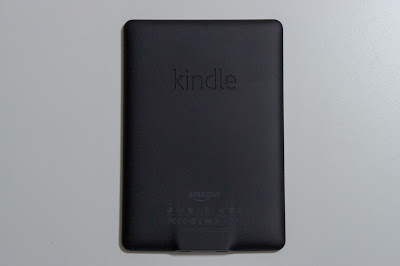 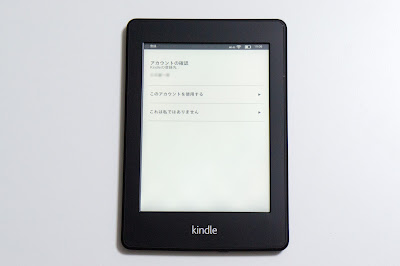 It’s already set up! That’s what I call Amazon! 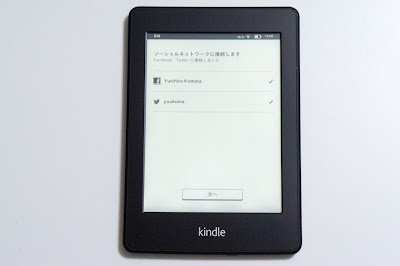 Now, after confirming your account, Ulla starts to download the kindle book you’ve purchased. In the meantime, a tutorial on how to use it will start. 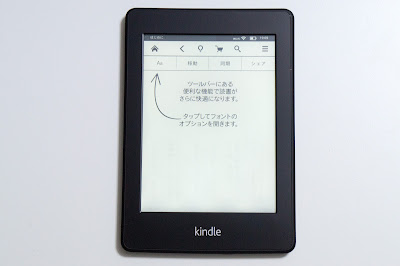 So by the time you finish the tutorial, the download is already complete. (Of course, if you’ve purchased a lot, you might still be downloading after the tutorial is over. 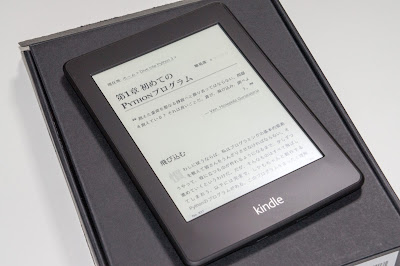 I bought something in the Kindle store. 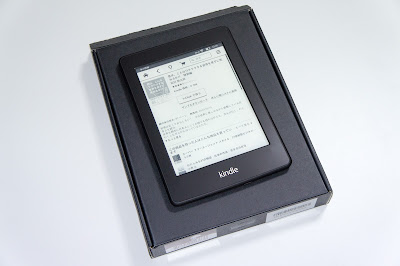 It was a bit of a hassle because I’m still getting used to the controls of the Kindle Paperwhite, but it was an easy purchase.

Browsers are probably out of the question.

I tried it because I could use it in the trial version. 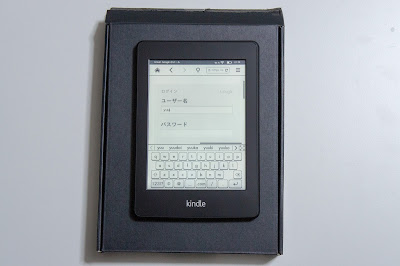 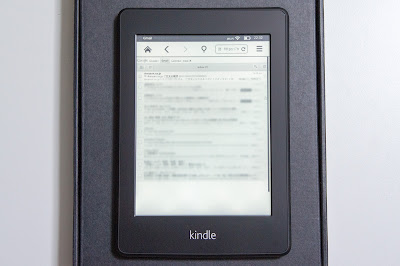 Maybe it wasn’t a good idea to try Gmail, but it’s hard to use. Well, it is not necessary.

A quick review of the usage

My impressions of using it briefly are as follows.

So, it was a proper opening ceremony as usual. 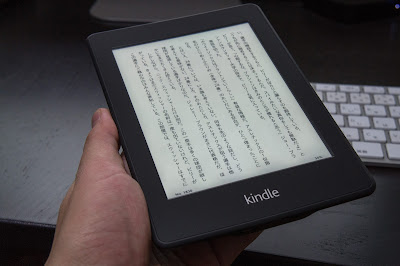 The Kindle Paperwhite, while a bit chunky, is very well optimized in terms of specializing in e-book readers.

So far, I’m satisfied with it as I imagined in advance, and I especially appreciate the fact that it’s more comfortable to touch and hold than I expected. This might be important after all.

By the way, I just saw that it will be in stock in January next year. It must be very popular…

I'm writing this diary because I thought iBooks was great again.I'm not a big reader to begin with, and I don't buy or c...

なんだかタブブラウザになってたりとっても進化しているではないか！No, it's too late for that now.I wanted to play with iBooks Author, which was released t...

I tried Amazon Prime Now, and it really came in an hour!

It really came in under an hour!What is Amazon Prime Now?Prime Now is a service for Prime members that allows you to pla...