Not a beautiful village series. The date is a little back and forth, but the last sightseeing spot on the 21st is the world famous Bordeaux. It is registered as a world heritage because it is called « Bordeaux, the capital of the moon ».

In fact, we hadn’t made any plans to go here this year. I was originally planning to travel around the north of France.

However, I thought that I might be able to go to Normandy and Brittany sooner than I expected, because I had enough time in my travel schedule, and I drove my car at once.

However, I was in the region called Ile de Ré just before. The day before, we were in Brittany, so it was quite a distance to travel. Even so, we could move at once by high speed, so I think we arrived in about 2 hours.

We arrived in Bordeaux at 6pm in the evening. The hotel was already booked through Booking.com app when we were in Ile de Re. It’s in the city and slightly expensive… 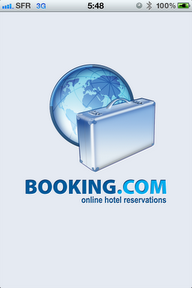 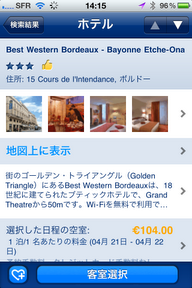 I was able to park in the parking lot near the hotel safely though I wandered a little bit of the old town.

We checked into our hotel and rushed around the city for about an hour before dark. Just beautiful, really beautiful! I don’t think there are many such nice big cities even in France. Personally, I thought it was much better than Paris.

Since there are many photos, I will present them in html5 slideshow.

(The picture below will slide automatically.)

Now, dinner is one of the things to look forward to. We were so tired that we could only drink a local glass of wine, but we heard that Bordeaux naturally has great food.

We had fish dishes at a pleasantly expensive restaurant, and all of them were delicious and tasty…. I think you can’t experience this kind of taste at a French restaurant in Japan. After the meal, we went to the hotel. Since we had driven all the way from Brittany, we took a shower and went to sleep right after.

Germany and the Enclave Tour Autumn 2015, Part 9: Is it actually a German enclave? Konstanz, towed for parking violations!

Visit Date: October 27, 2015I don't want this to be my birthday morning...It was my birthday.コンスタンツで素晴らしい夜を過ごした翌日の27日は私の...

Saint-Suliac – Tour of the most beautiful villages in France 2011 No.7

訪問日時：2017年9月22日、午前11時頃After 7 years, this is finally the last in a series of visits to beautiful villages in the provinc...

First Day: Renting a car early in the morning and moving from Paris at once -2012 France and Spain Real Time Edition No.3

Now it's time to start updating from the site.I left Tokyo at night on AF277 and arrived at Charles de Gaulle Airport in...