The update has been delayed. It will be resumed.

This village is located in a low valley, in contrast to Rublesac. It is said that the topography of this village is a valley cut by the rapids from the nearby Gramat waterfall. The valley seems to have Jurassic strata in some places. It was written in the official guide only a little, but there was no detail such as which it was actually. The rock surface seen here and there might correspond to it. 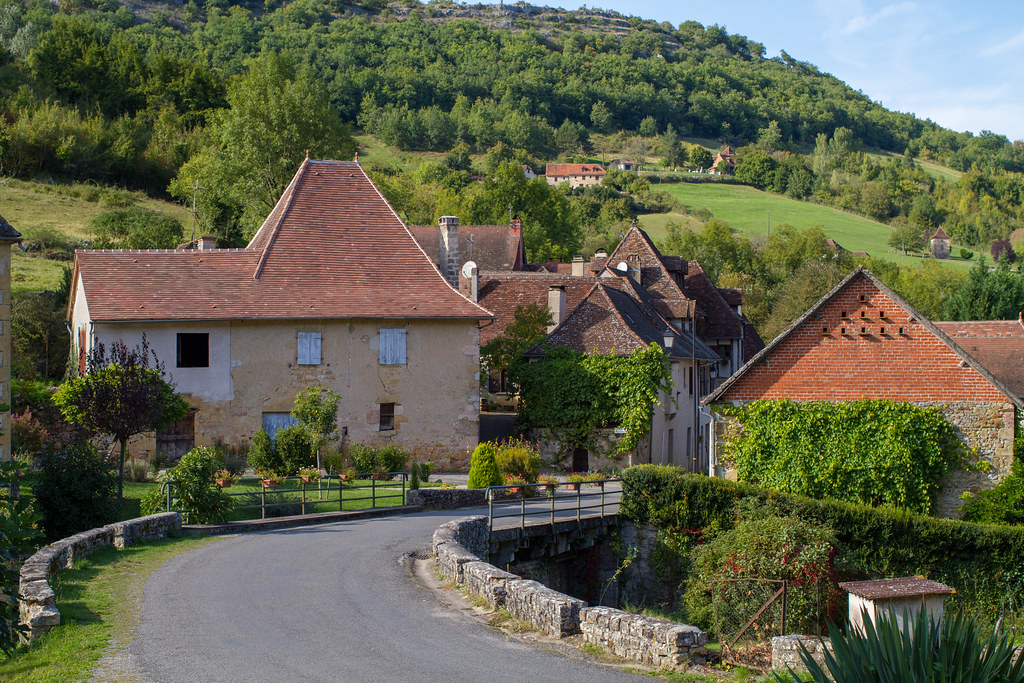 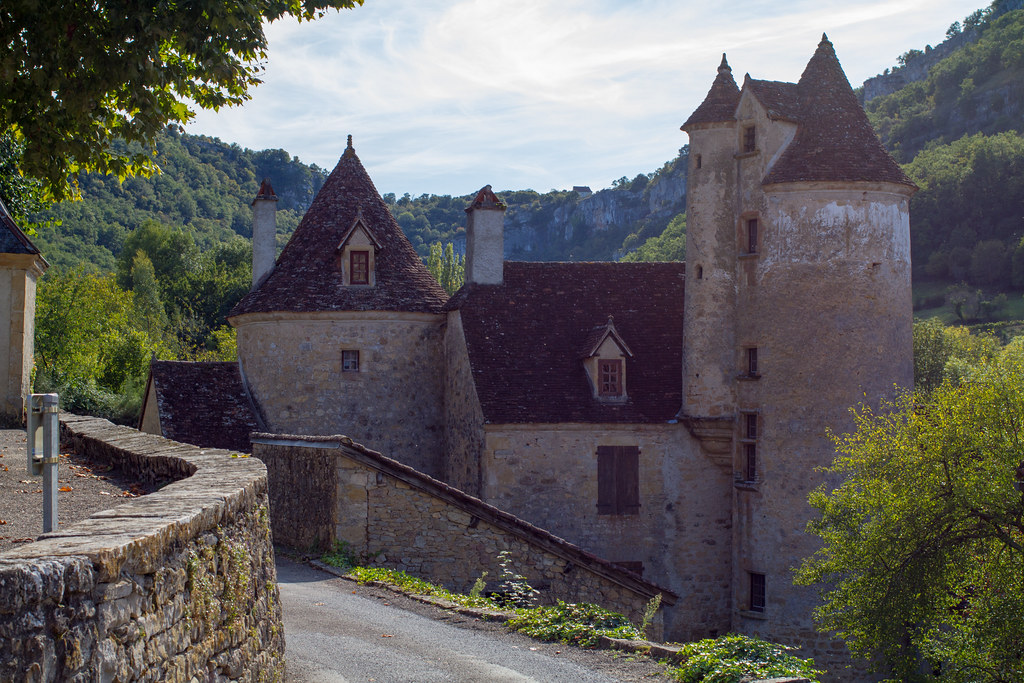 It was a prosperous city under the rule of the Lords of Turenne, but it was also devastated by the Hundred Years War and became a home for bandits for a while. However, in 1562, the Calvinists, a faction of the Reformation, wiped out the bandits, and the city seems to have regained its peace since then.

I was blown away at once.

The village church is St. Pierre, first built in 1090, strengthened after the Hundred Years War, but later destroyed during the Wars of Religion and rebuilt in the 19th century. 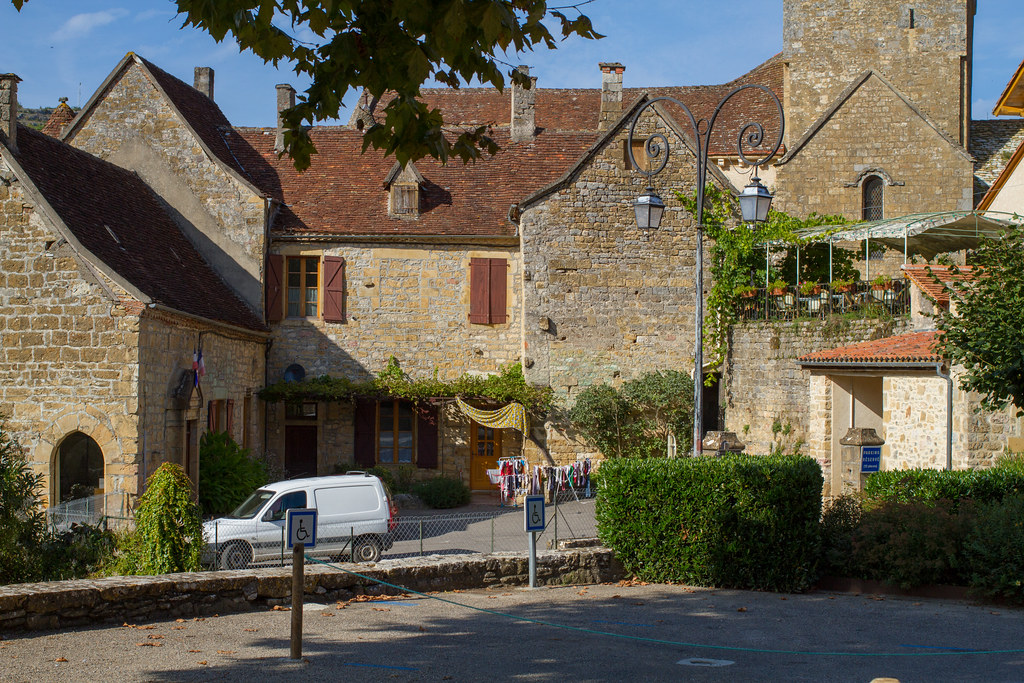 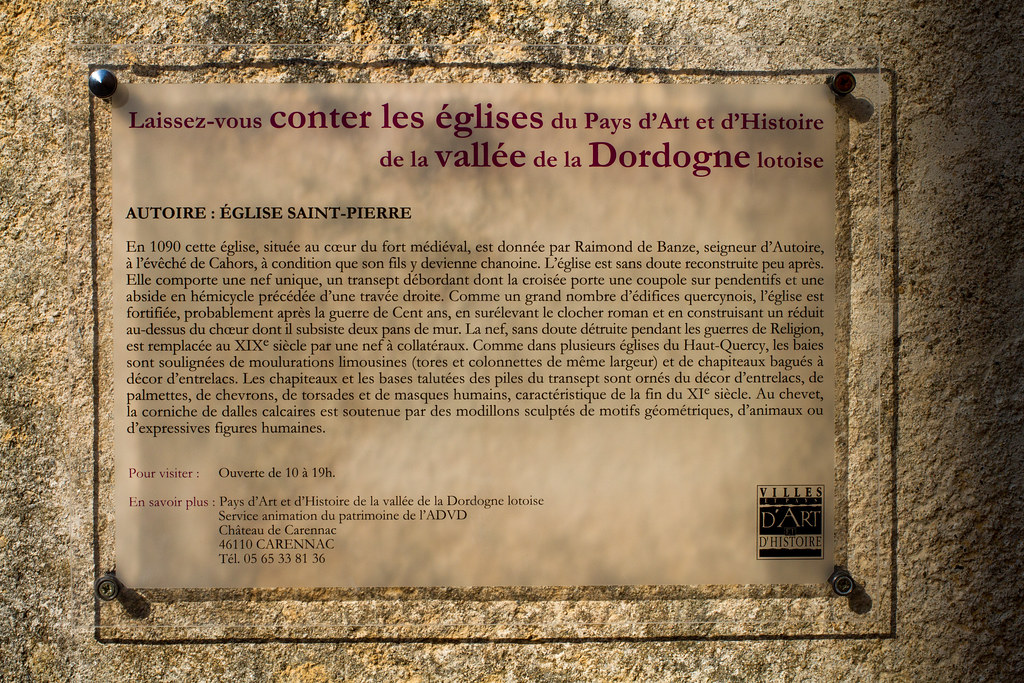 Well, Autoire and this place also had a great parking lot. It’s a space just outside the village, it wasn’t there 7 years ago. I don’t even remember what was there. I guess it was just an ordinary bush. I parked my car there this time. There was a map of the village in the parking lot. 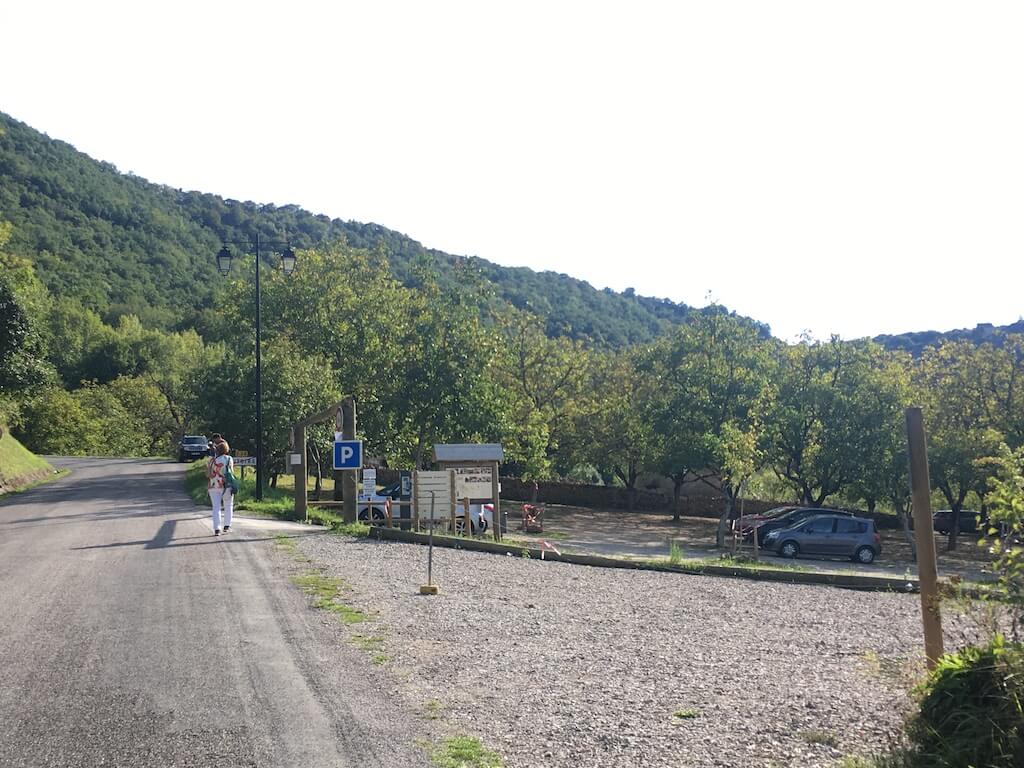 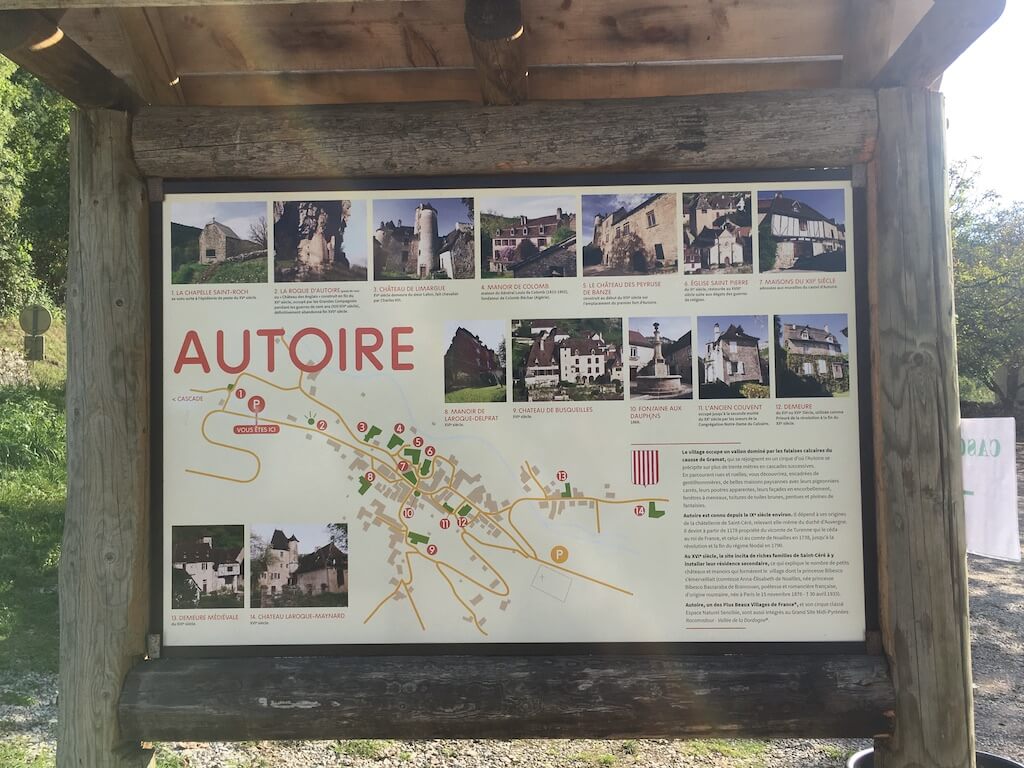 We parked the car here and headed back to the village again, heading for the village. 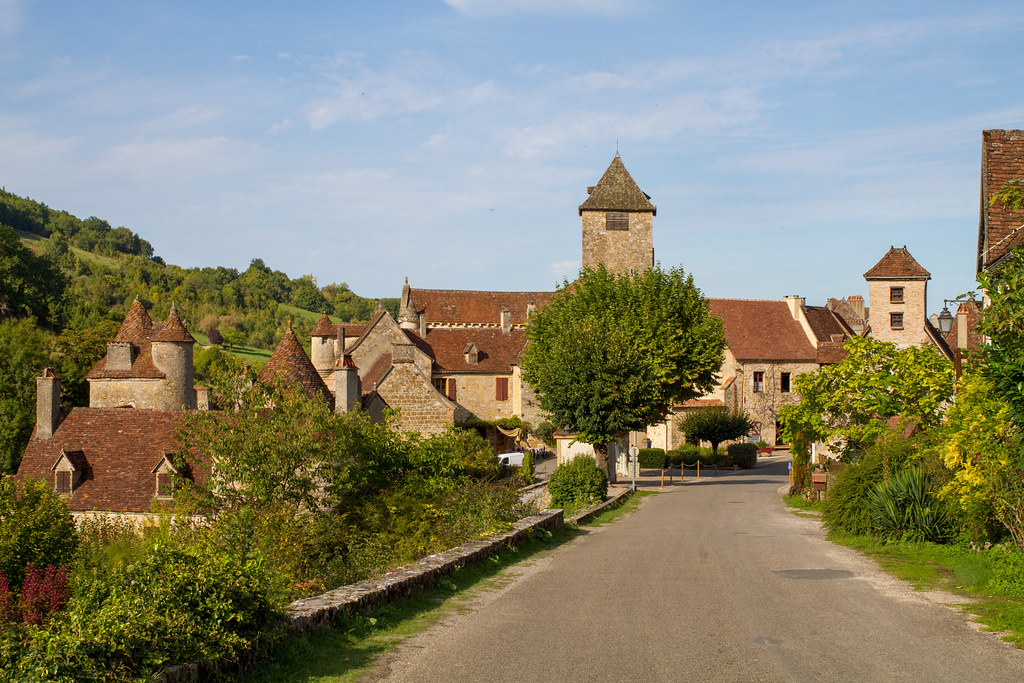 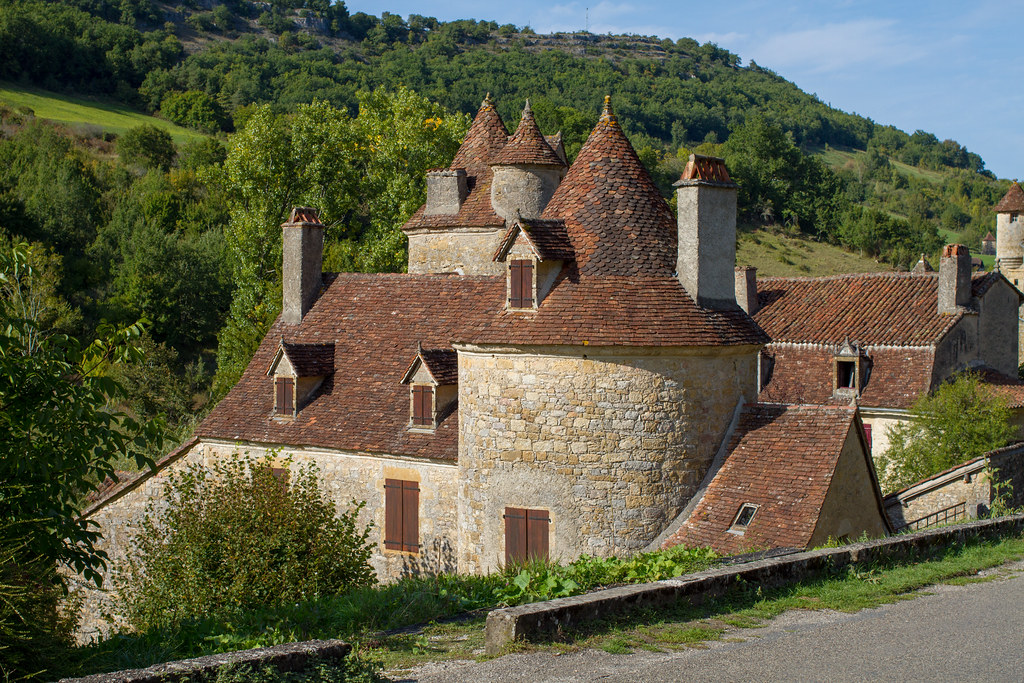 One impressive thing that I thought had changed along with the parking lot was the public restrooms. 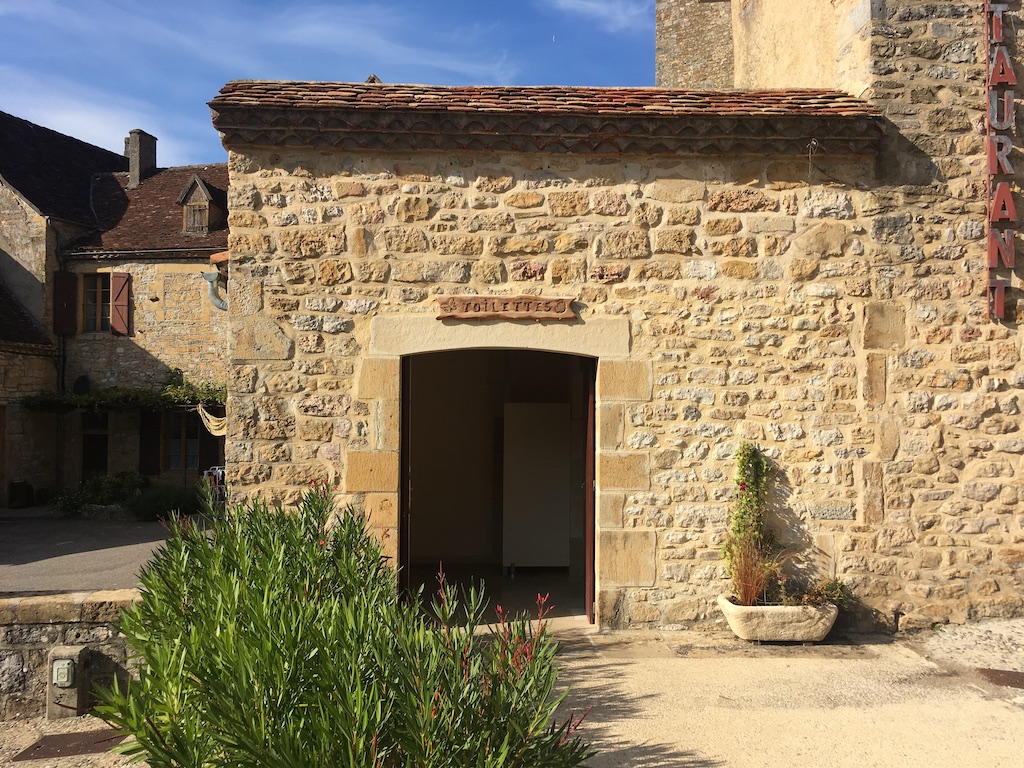 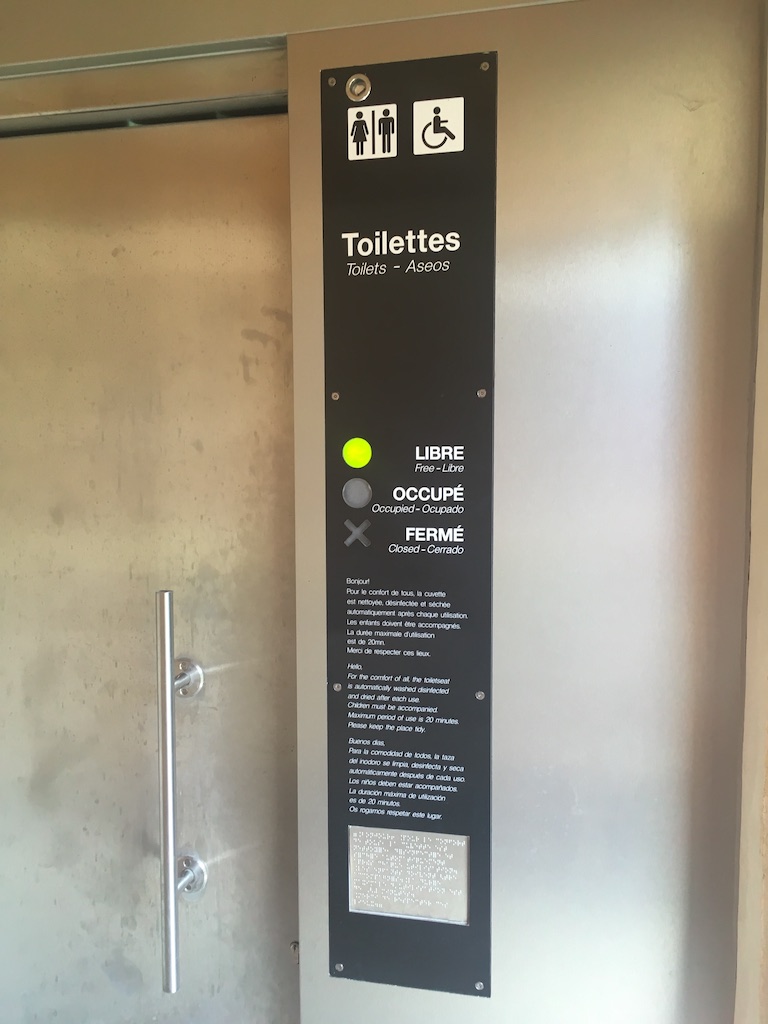 What I feel when I travel around the European countryside these days is that toilets have become more permanent than before. Incidentally, seven years ago, we parked on the street in a space near the village exit. I took a picture of the church, a small chateau, and the village in a way that the car was reflected in the picture. This photo is still one of my favorites. 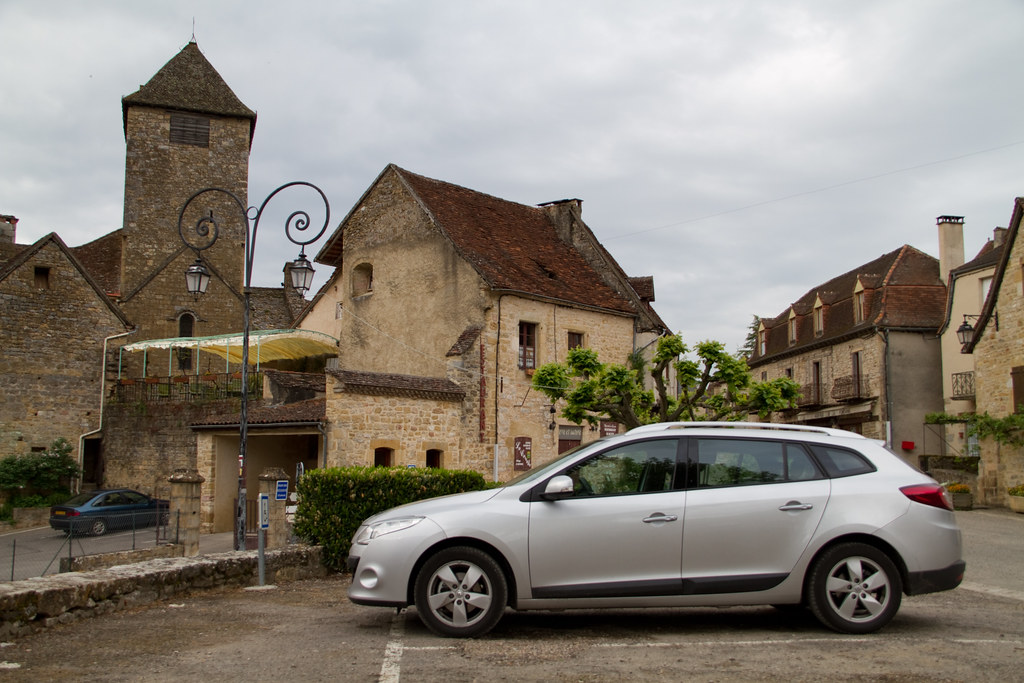 However, on this visit, parking was prohibited here except for handicap people. Have the big trees always been there? 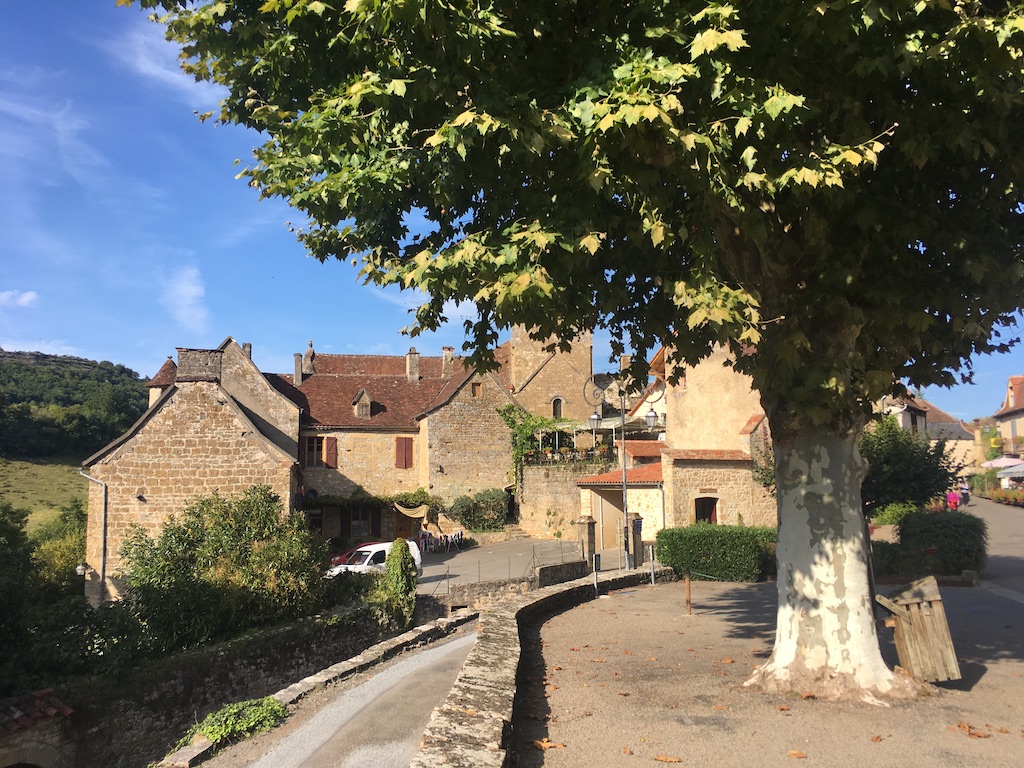 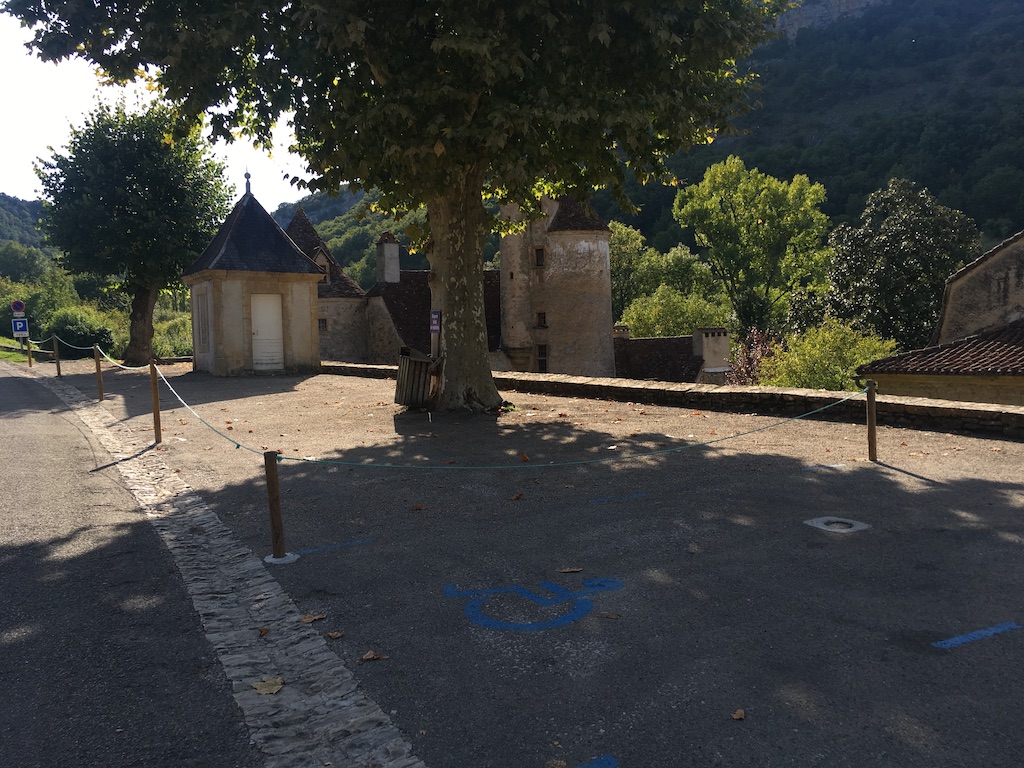 Some things had changed because it had developed as a tourist attraction, but the beautiful sight was universal and wonderful. 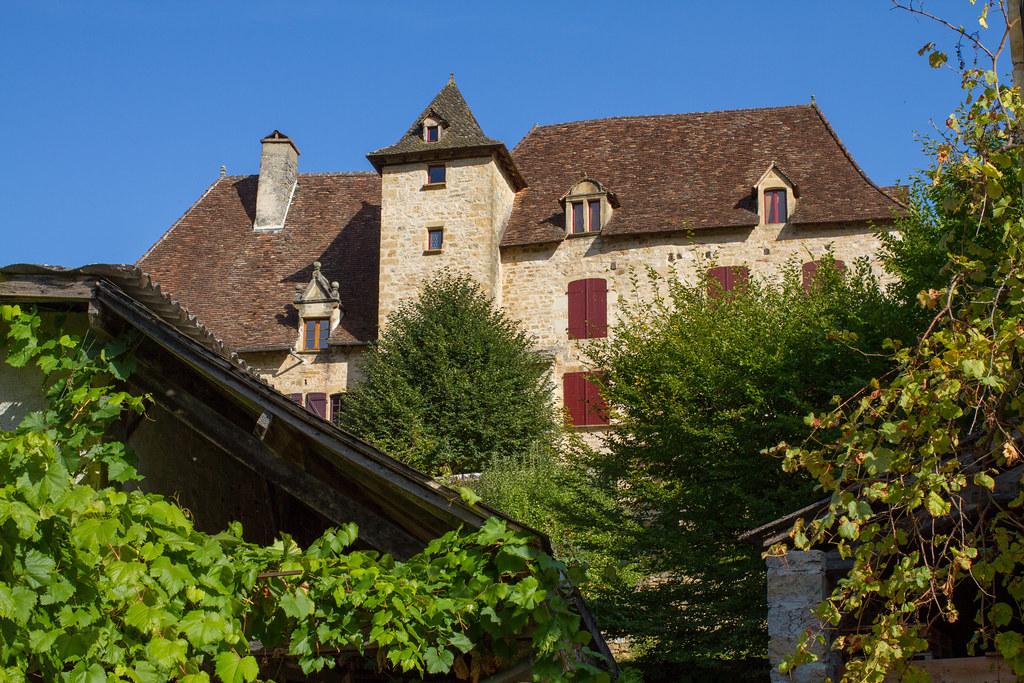 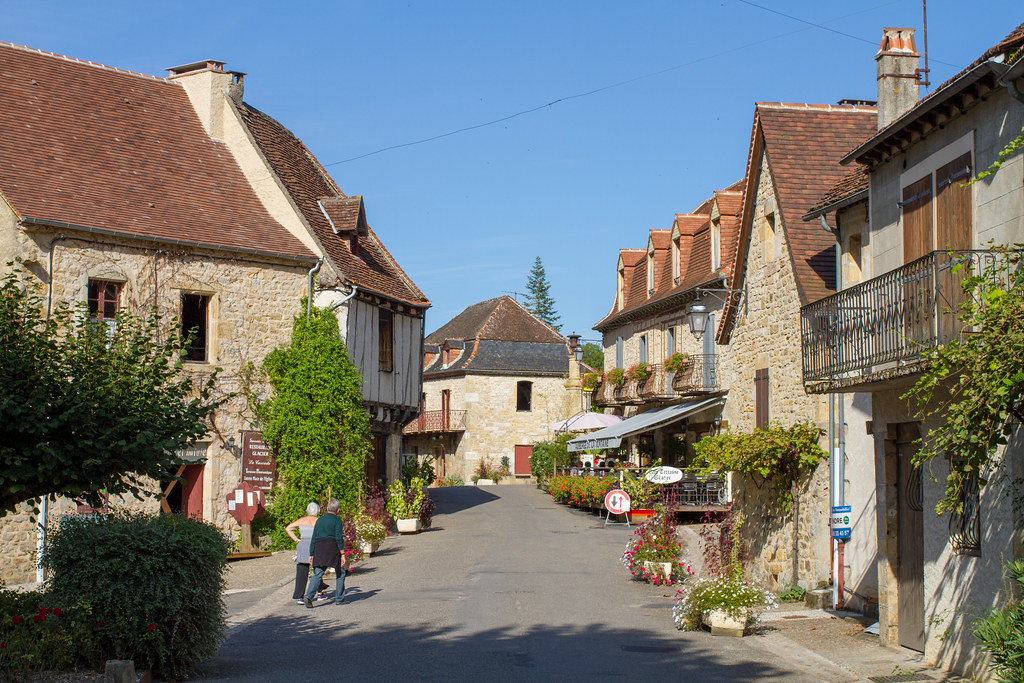 The only thing that hadn’t changed was that the Logis member hotels were still located along Central Avenue when I visited seven years ago. 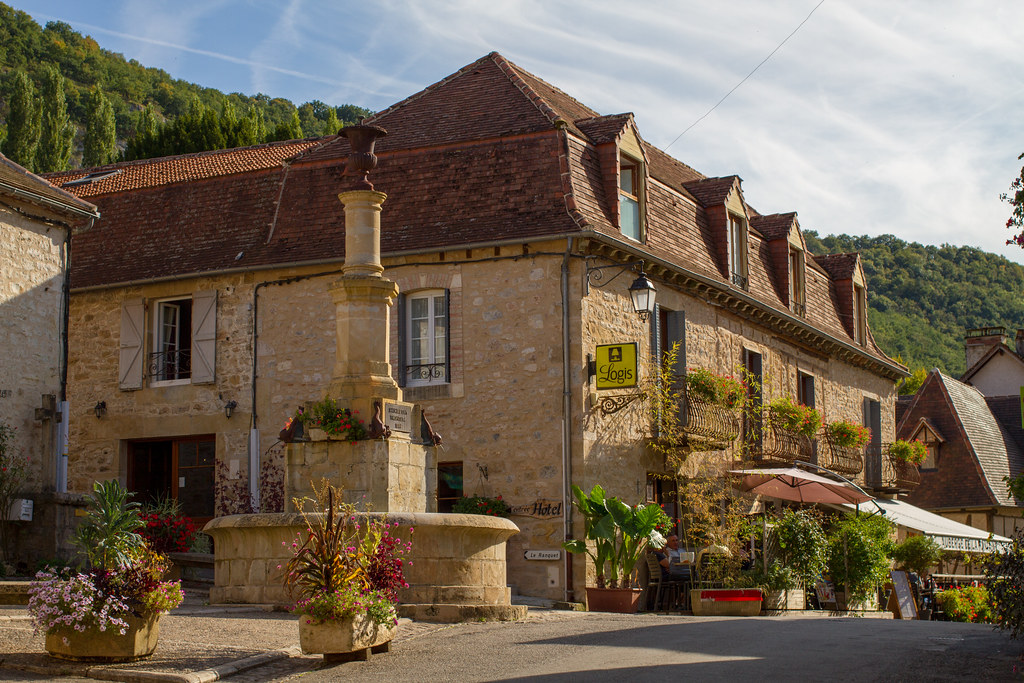 Here’s one from seven years ago. 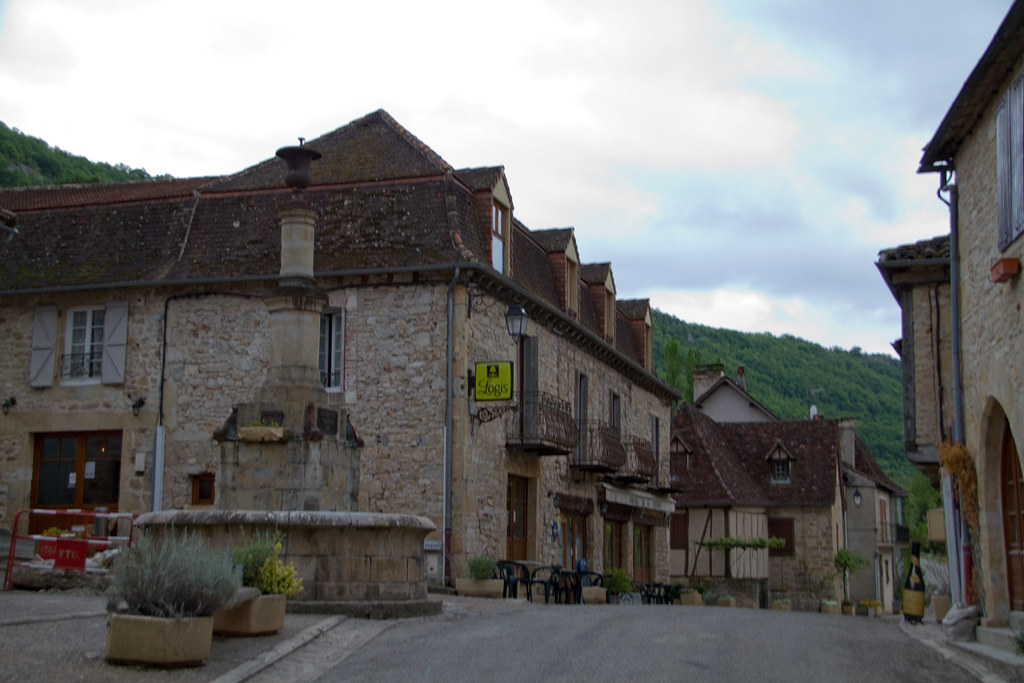 I think it’s worth staying here. (But it’s often unexpectedly expensive…). On this day, we had arranged a Michelin-starred auberge in the vicinity. I’ll report again.

Miranda del Castañar – The most beautiful village in Spain No.20 ★★☆☆☆☆

Date of visit: April 28, around 2:00 p.m.After leaving the beautiful village of Wan in the Beaujolais region, we headed ...