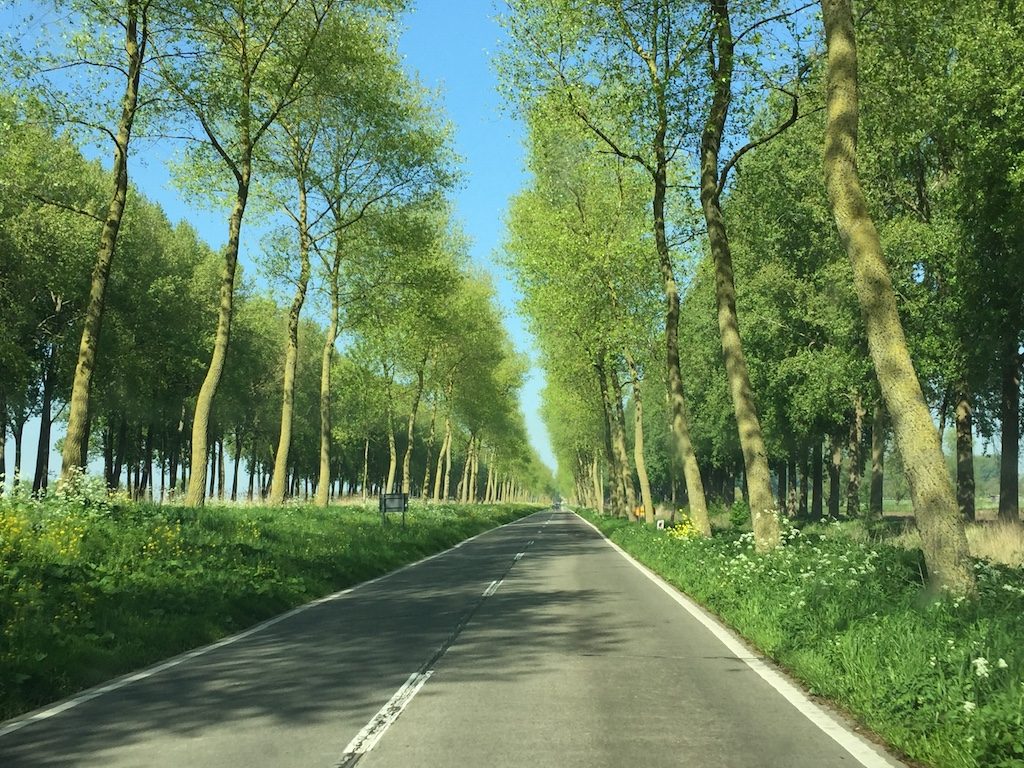 The purpose of this trip was to visit the beautiful villages in the north of France, but it wasn’t enough for me, so I went to Belgium for two days. Initially, I was planning to visit only the Delvaux Foundation Museum near the French border, but it looked like I would not have much time, so I decided to explore the area.

I’m from France, but I speak Dutch.

Belgium is famous as a multilingual country with several official languages. French, Dutch (Flemish), and German are the official languages. Roughly speaking, geographically speaking, the northern part is Dutch-speaking and the southern part is French-speaking. The German-speaking area seems to be in the east, near the German border. However, English is widely spoken throughout the country. From a Japanese point of view, I feel envious of a multilingual country.

In this tour of Flanders, after the Delvaux Museum, I visited the city of Ghent. It’s a city in the middle of Brussels and Bruges, which are both world heritage sites and two major tourist destinations representing Belgium.

I had visited Brussels four times including last year, and Bruges in 2004 when I had just started traveling in Europe, but I didn’t have a chance to visit Ghent in between because of time constraint. I had heard rumors about this beautiful city for a long time, so I finally got the chance to visit. 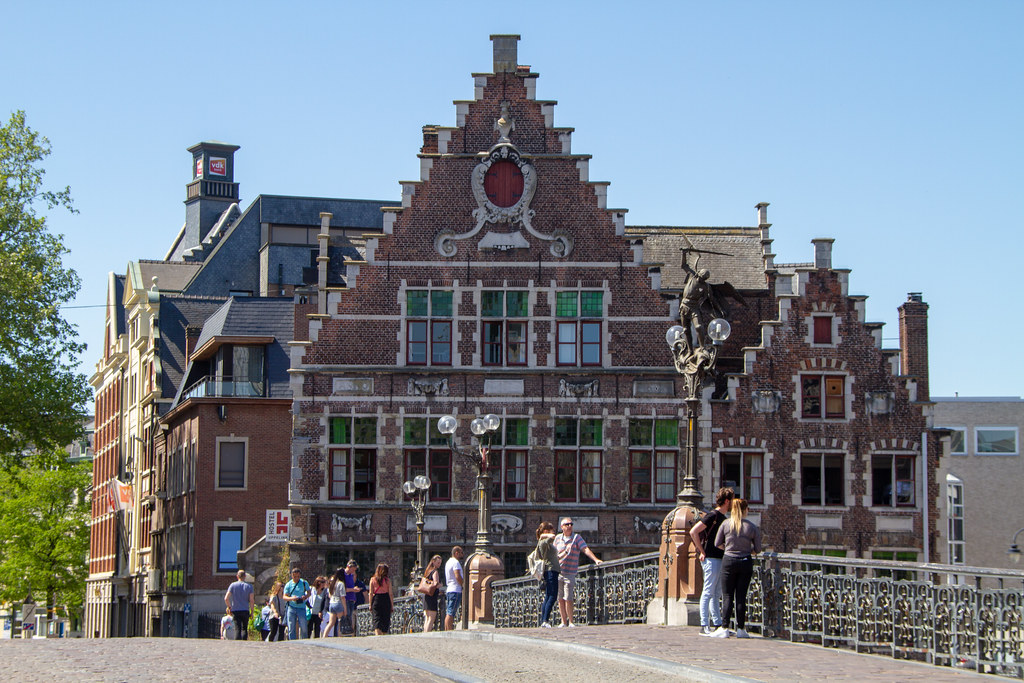 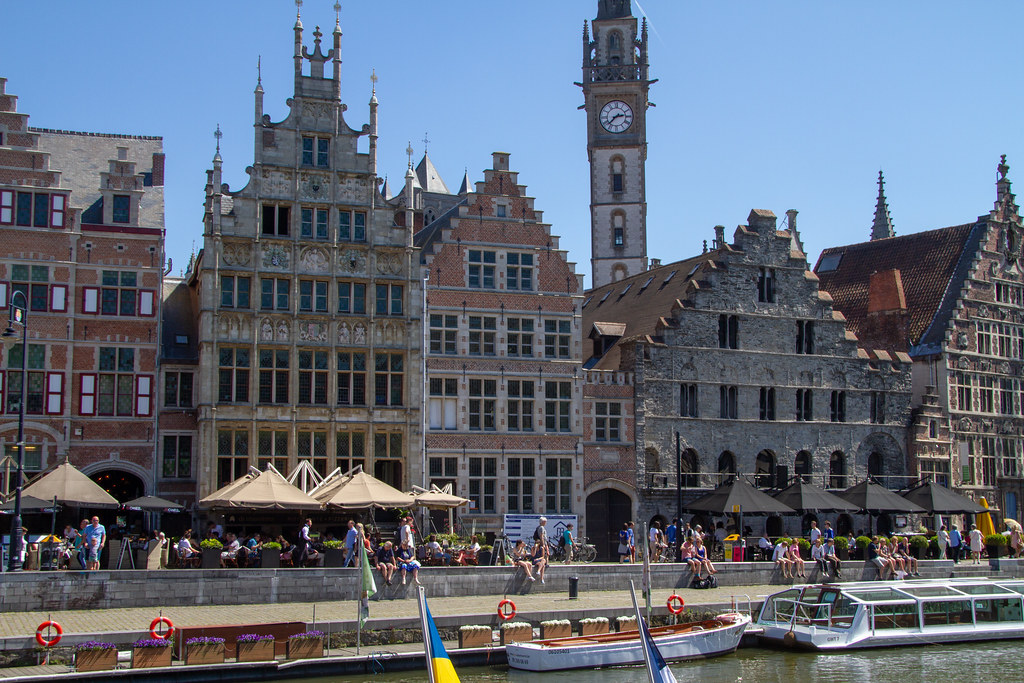 It was Sunday when I visited Ghent, and it was crowded with many people. It is the image of a local city, but I wonder if it is so crowded. 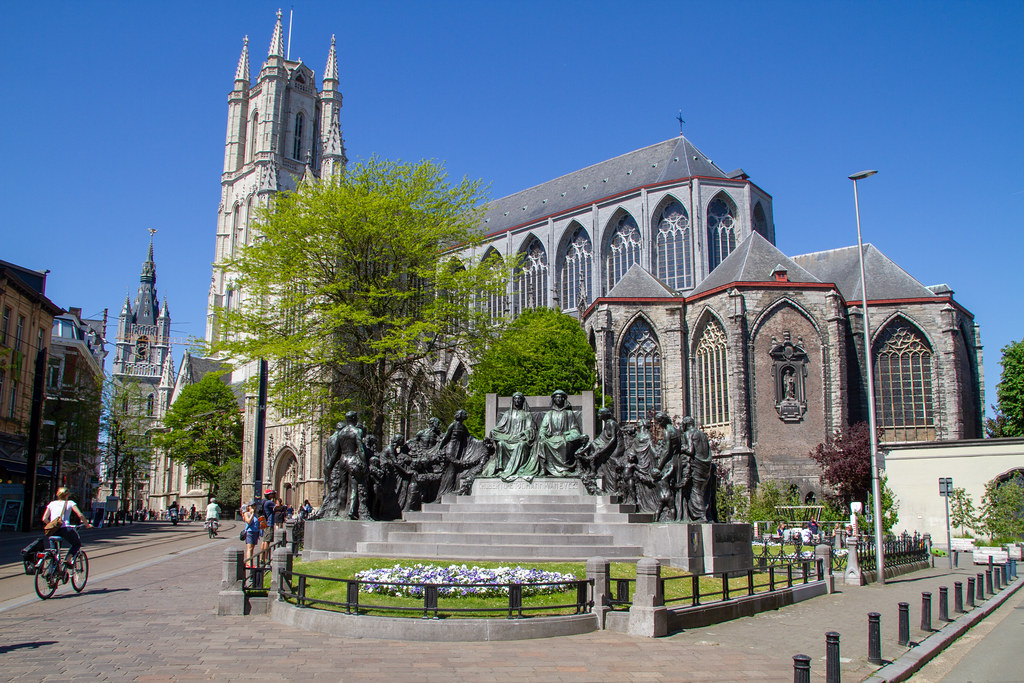 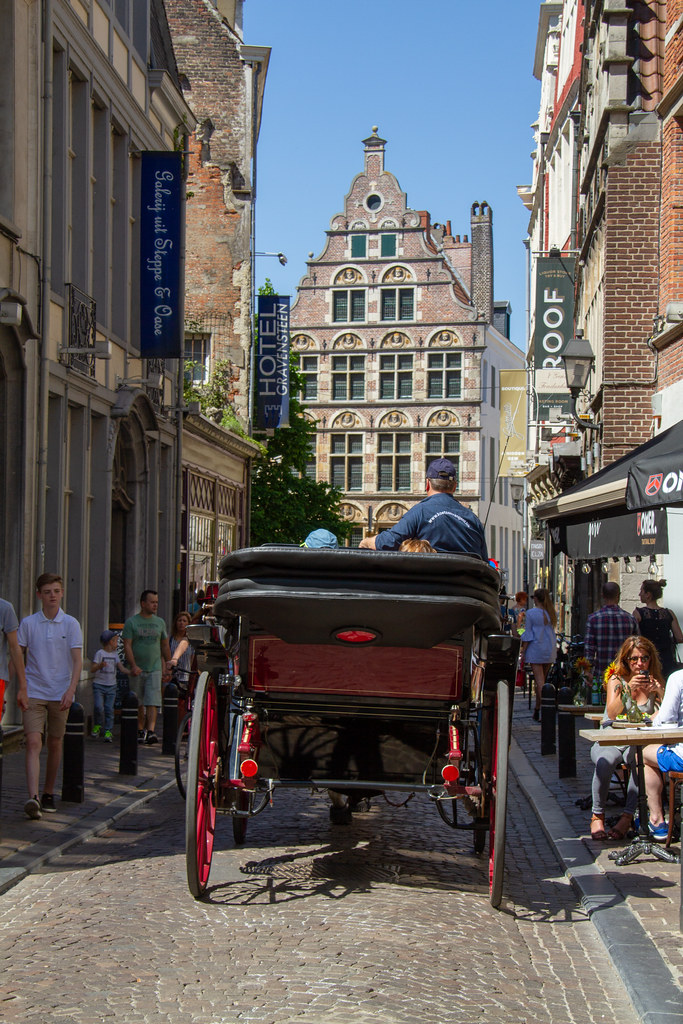 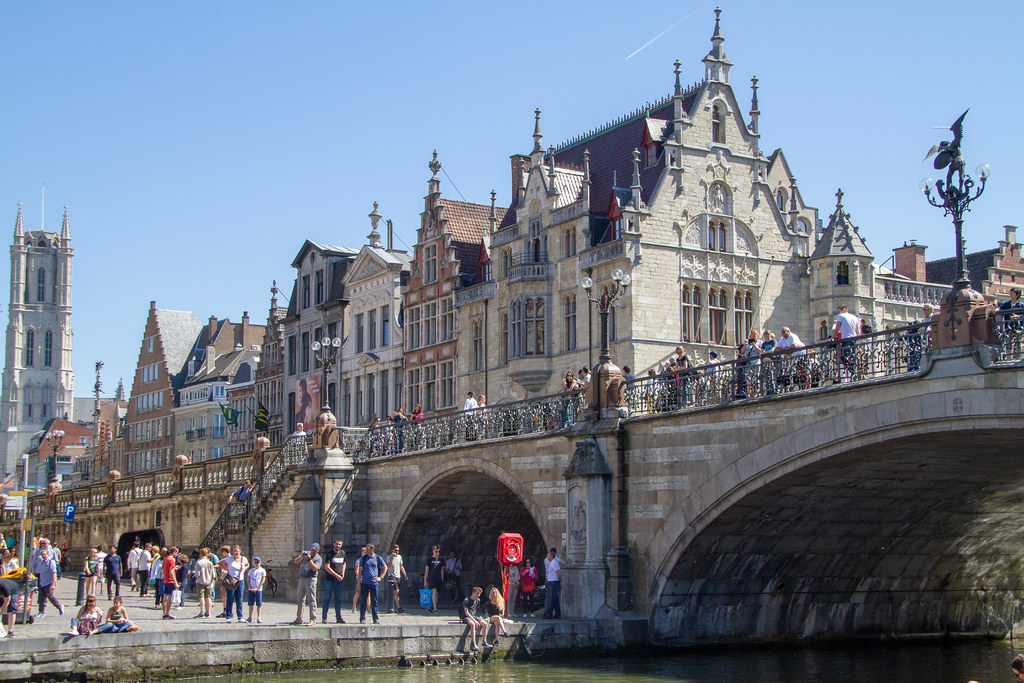 The city of Ghent was known for its prosperity in the cotton industry from the Middle Ages to modern times under the rule of the Counts of Flanders. Today, the city still retains its medieval atmosphere and attracts many tourists. The city itself is not directly recognized as a World Heritage Site, but some of its buildings and facilities are included in the World Heritage complex « Bell Towers of Belgium and France » and « Beguines Abbeys of Flanders ».

Larken Hall, selected as one of the « Belfries of Belgium and France ». Is it here? 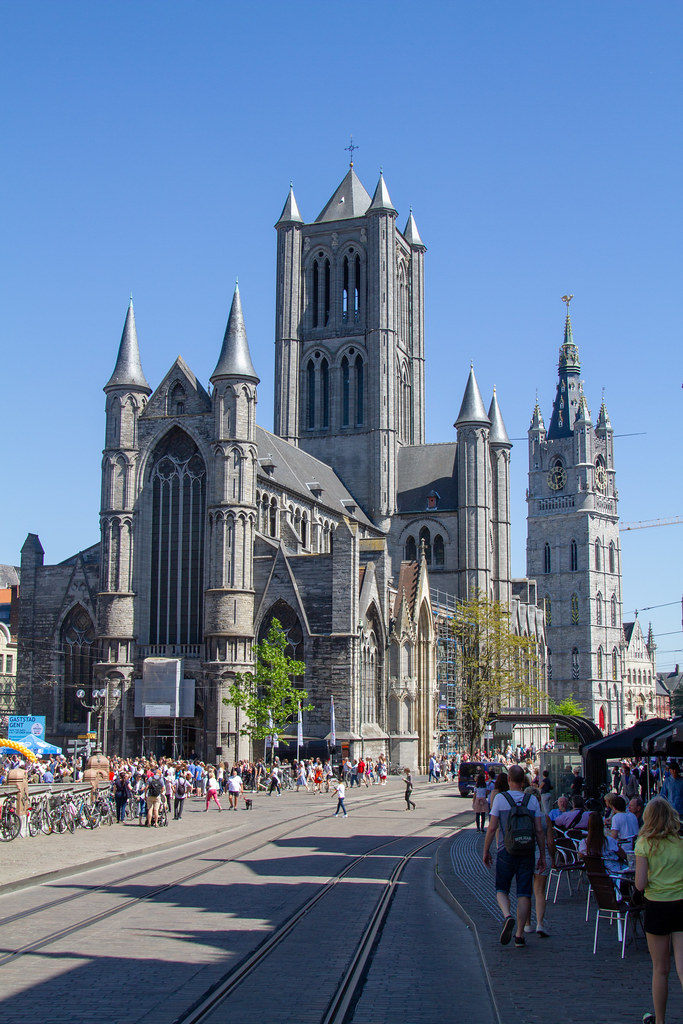 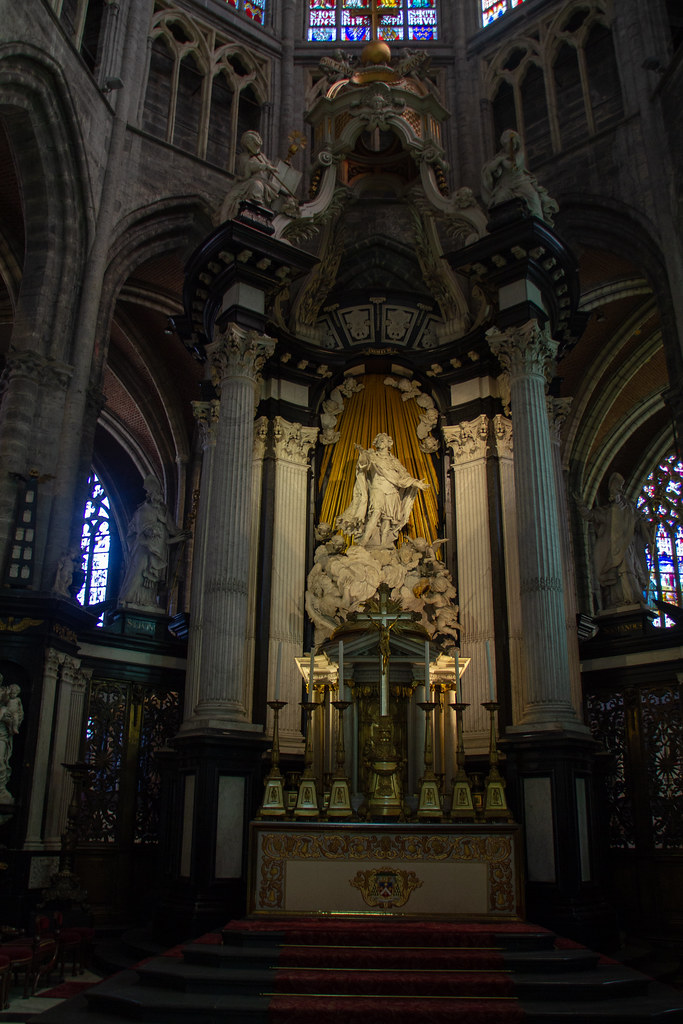 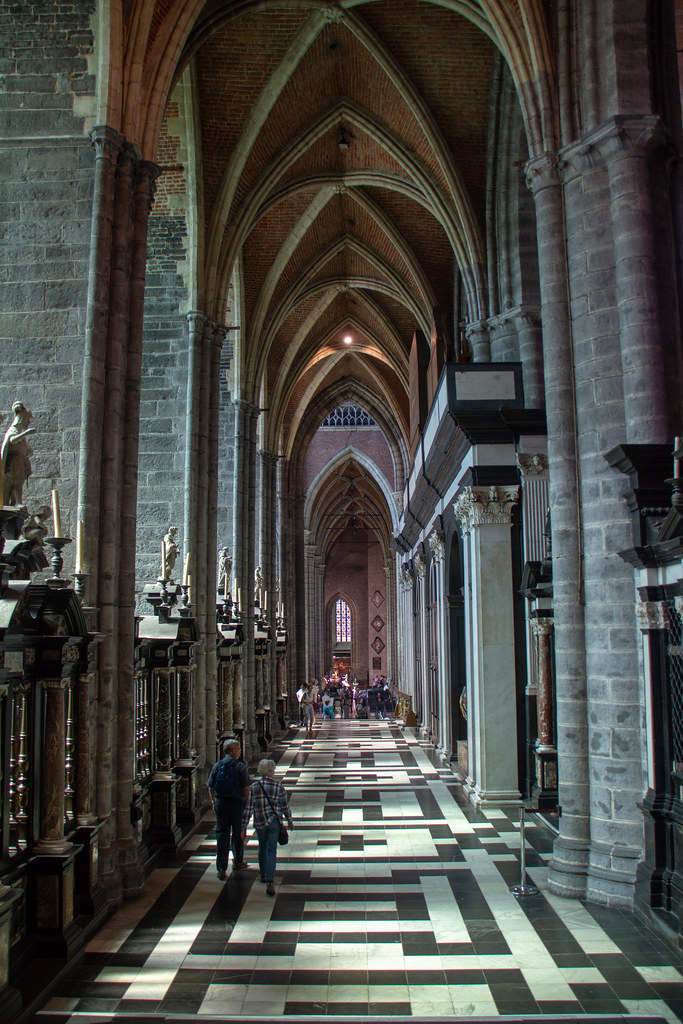 I guess my regret is that I didn’t take my time to eat in Ghent. We ate hearty meals every day, so we decided to just have dinner that night.

To the outskirts of Bruges.

After our visit to Ghent, we had a little more time, so we took a drive along the canal on the outskirts of Bruges. I have heard that Bruges used to be prosperous because of its canals, but the importance of the city decreased and the prosperity of the city stopped after the 15th century because the operation of the canals was disturbed by sediment deposits. However, the canal was reconstructed in the 19th century, and now it has become an attractive tourist resource along with the scenery of the city itself, and there are some beautiful villages along the canal, I read in the Globe-Trotter.

After sightseeing in Ghent, I visited a town called Damme in the evening, which was recommended in « Globe-Trotter ». There were many people here, too! We had a hard time parking. It was certainly a peaceful and beautiful spot. 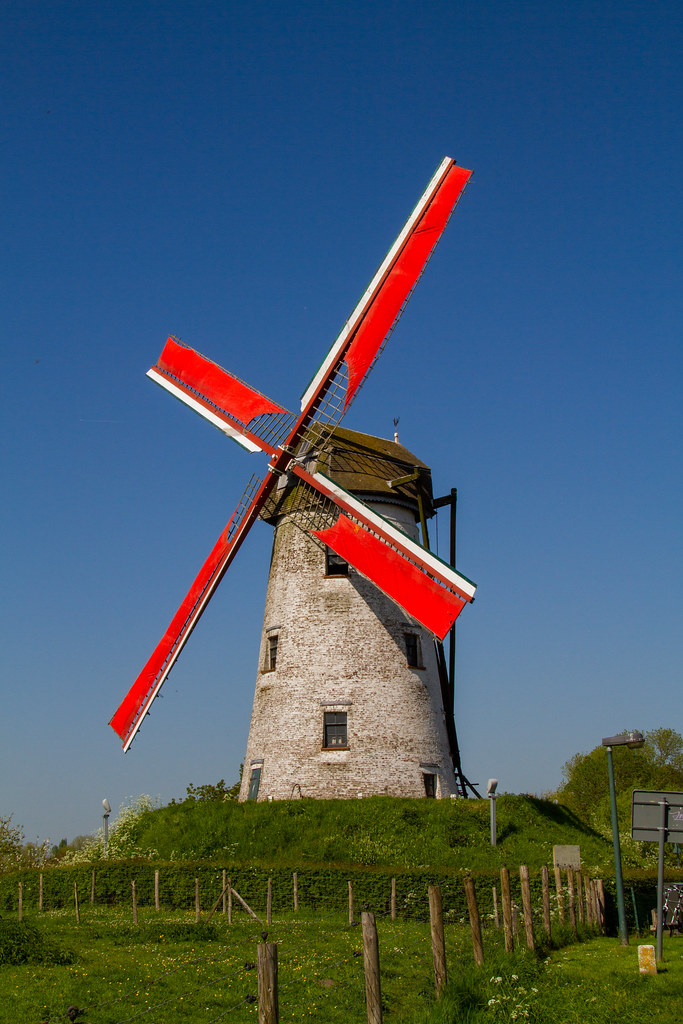 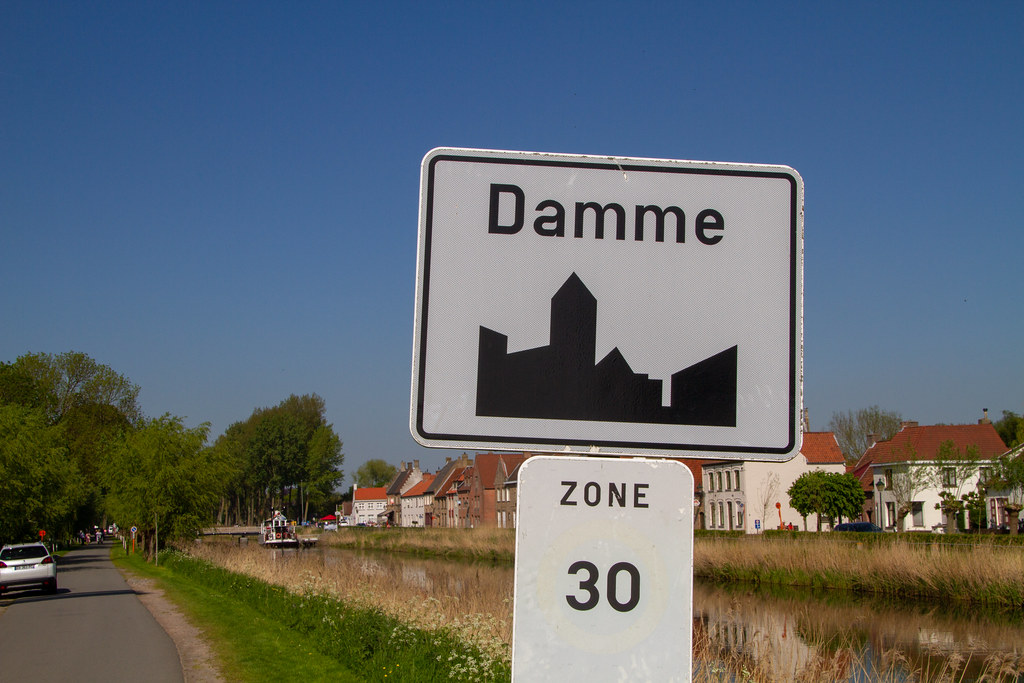 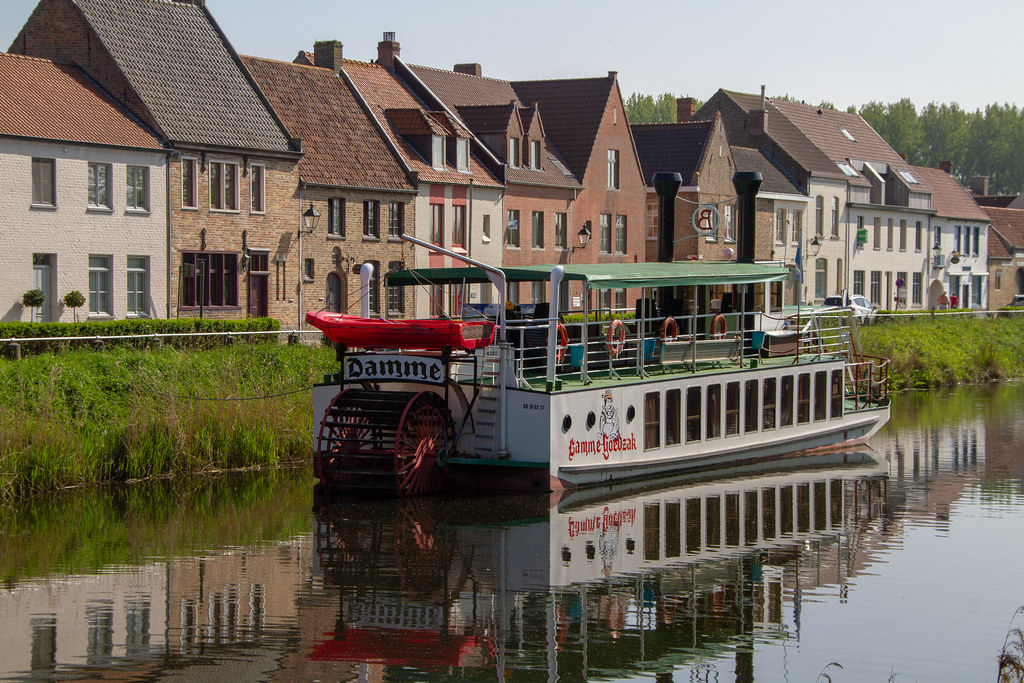 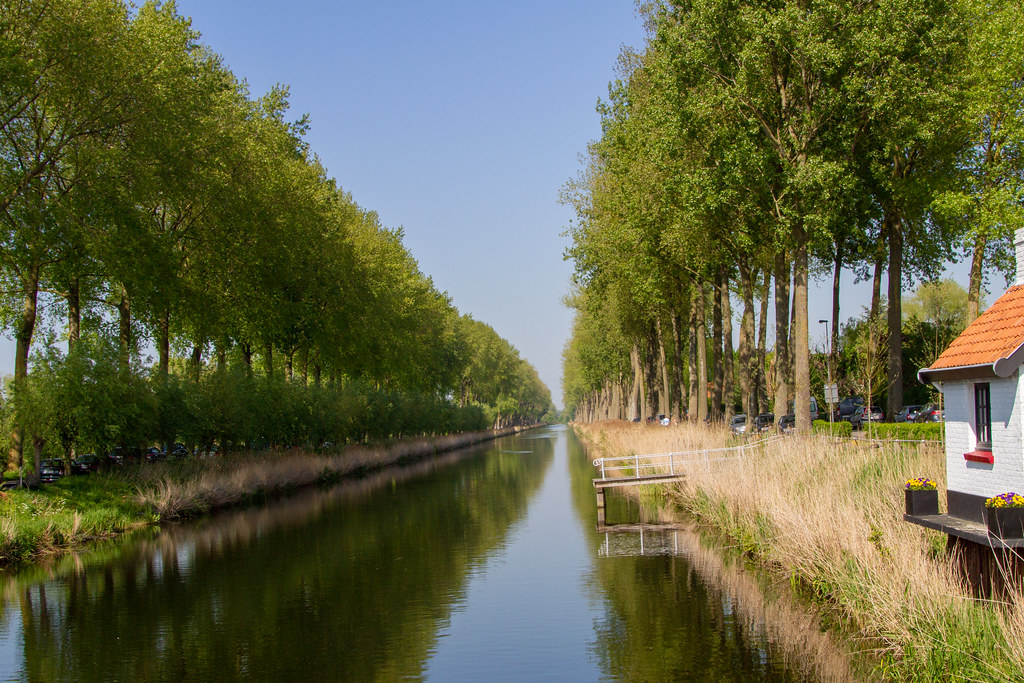 I didn’t notice Ghent because it was too urban, but when I walked around this dam city, I heard the language spoken from the signs, and it seemed to be Dutch. In fact, I understood that this area is a Dutch-speaking area in this town.

Also, the road leading to this place was very nice. The road was a little narrow, so it was a bit nerve-wracking, but it was a pleasant drive.

As I thought when I went to Holland (South Holland) before, the canal area along the sea in Belgium and Holland is a beautiful sight, but the roads are narrow, so you have to be a little careful when driving.

We stayed at Ostend, a seaside resort.

And I stayed in Ostend, which is also in Flanders. It’s a resort area by the sea. To tell the truth, I didn’t find any modernized area with so-called European atmosphere. When I checked the history of the town, I found that it was developed after the Middle Ages, but it was attacked by the Allied Forces because it was occupied by Germany in two world wars. It makes sense that the town is new.

Still, I think there were more people than I thought because it is a sea resort. The meal was at a restaurant near the hotel and was not bad, but not good, I guess.

Lompret – Tour of the most beautiful Walloon villages No.5 -★★★★☆

This summer we are starting a tour of the most beautiful villages in Walloon, Belgium!