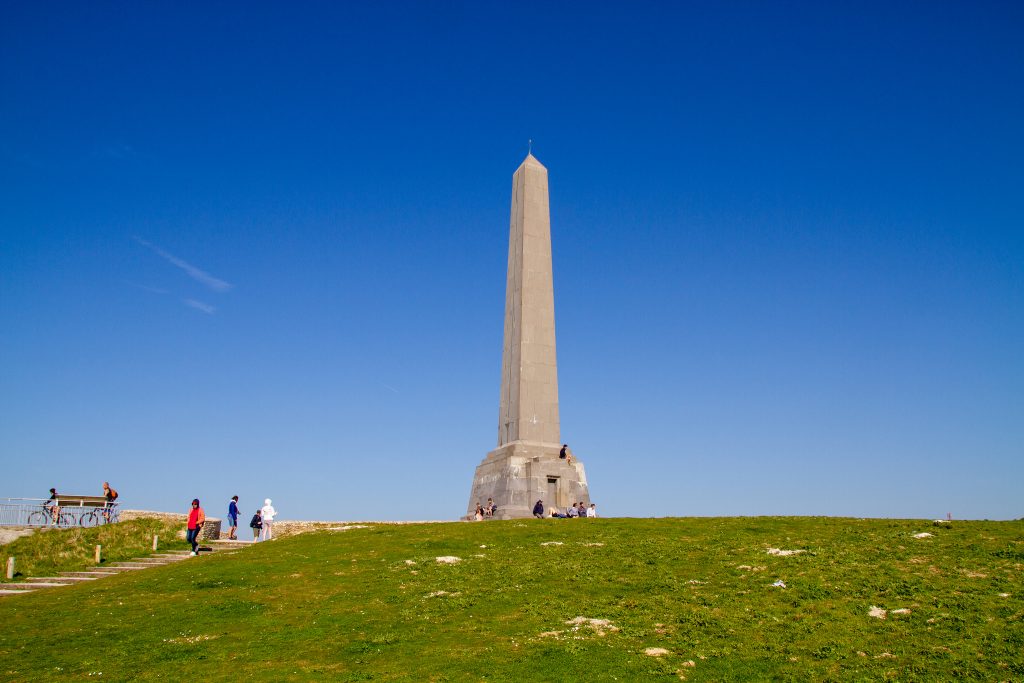 This will be the last record of this trip, and I hope I can manage to update it before my trip in July. It was not possible.

The Caux region refers to a region in Normandy, France. It is the area from the mouth of the Seine to Calais, facing the Strait of Dover. The modern name of the region is the Seine-Maritime department. In terms of regions, it is the Haute-Normandie region.

In the sense of the word, it is located on the sea side of the Seine, from the north of the Seine to the Atlantic Ocean. Le Havre and Etrurta, at the mouth of the Seine, and Rouen, the most inland city in the department, are some of the most popular tourist attractions. These cities were visited in 2016.

The Haute-Normandie region and the Seine-Maritime department are also home to some of France’s most beautiful villages, but the coastal Caux region has never had one of France’s most beautiful villages, so there were few opportunities to visit. However, the village of « Veules-les-Roses » has been newly joined since autumn 2017, giving us the opportunity to visit this region again.

I’ve already introduced some villages in Northern France, including Veules-les-Roses, but this time I’d like to introduce some other places that I’ve visited, which are rather larger than the villages and towns I’ve visited so far. 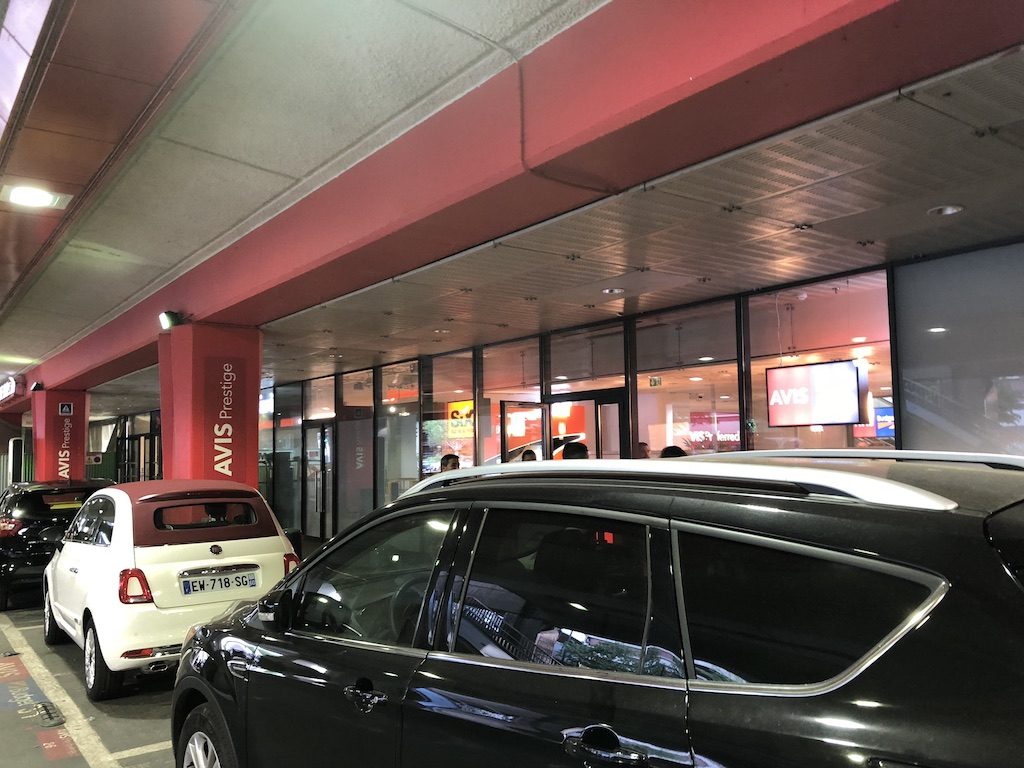 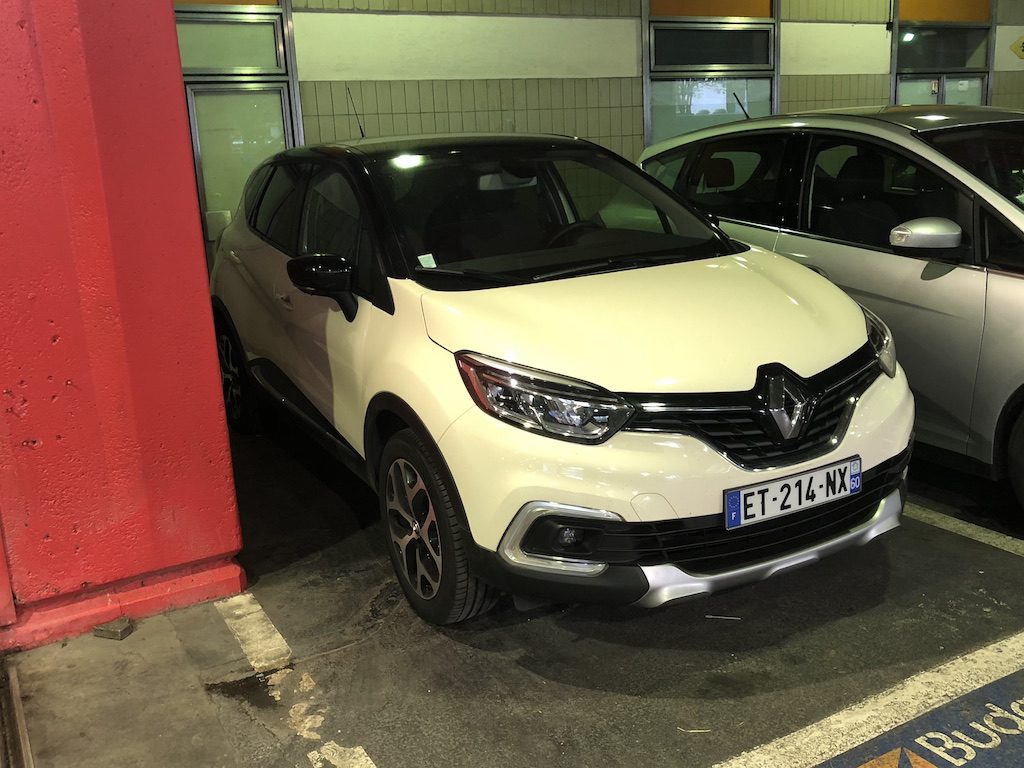 If you’re going to drive in Paris, after rush hour is definitely the way to go.

In addition, I have already experienced many times to go to Normandy from Paris city. If you go from Gare de Lyon, you have to go through the Champs Elysees. No matter how many times you drive, it’s always exciting. 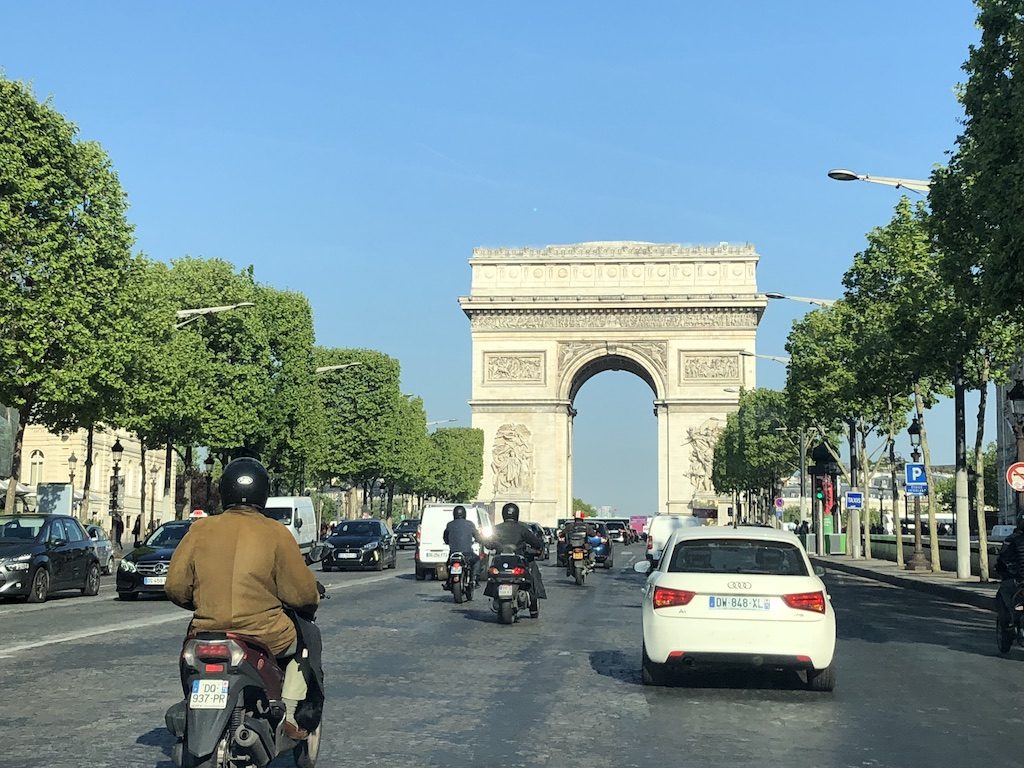 Our first stop in the Caux region is the city of Fekan. It is located less than an hour northeast of Etruta.

The location is around here. If you drive from Paris city, it takes about 3 hours including some breaks.

We arrived at Fécamp around 11 o’clock. The weather was fine, but it was still chilly in the morning in Normandy. I needed long sleeves. Fécamp is located about 40km from Étretat.

The history of the Caux region is surprisingly old, and ruins from the Gaulish period (around the 1st century BC) are still scattered around. During the Frankish period, a number of monasteries were built in the area, but they were sacked by the Vikings in the 9th century. The monastery was rebuilt in Fécamp by the Abbey of Cluny and others. 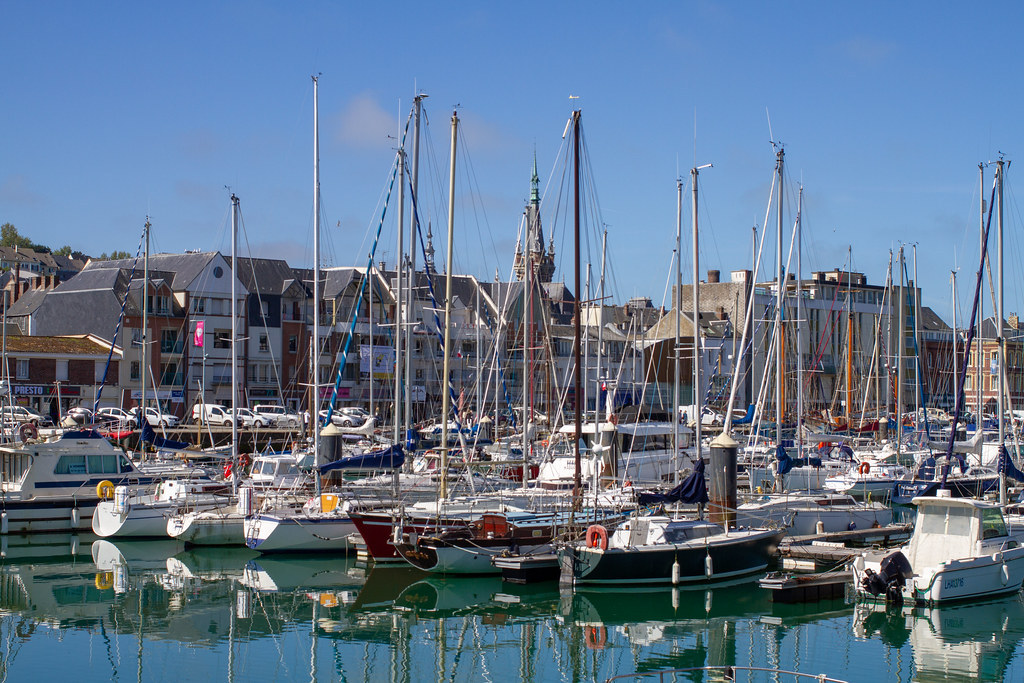 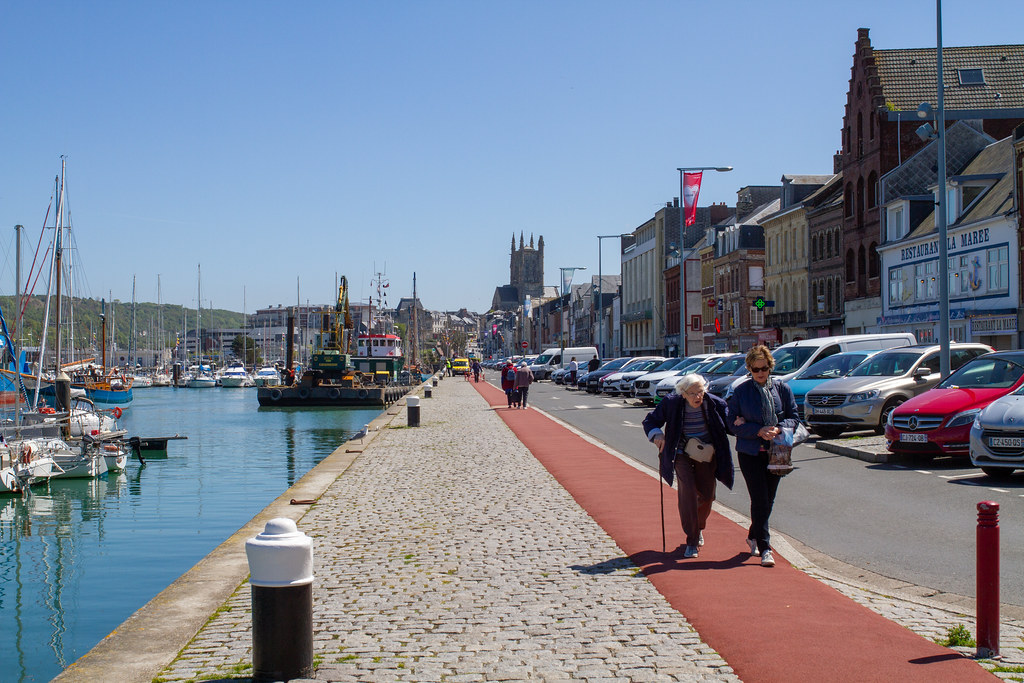 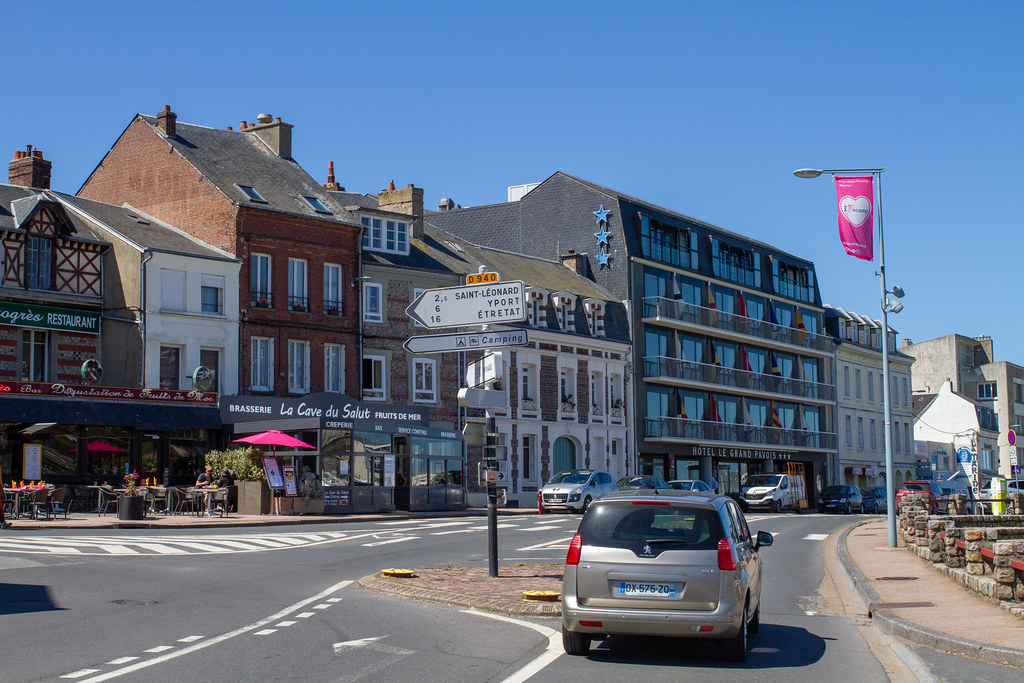 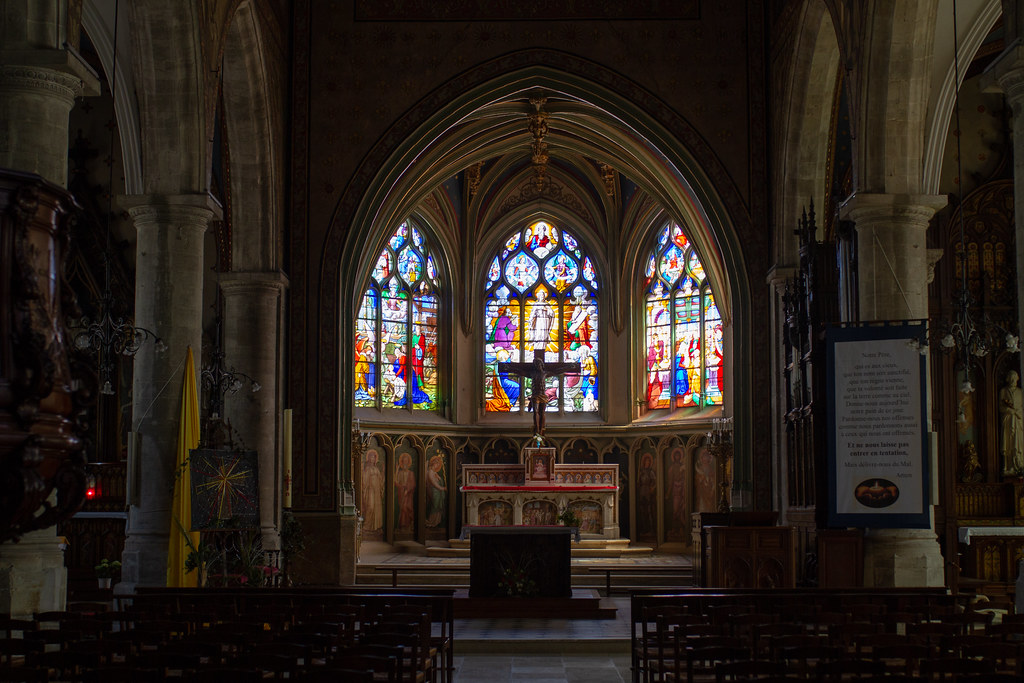 Come to think of it, there were a lot of old abbeys in Normandy, which explains why there are some fine abbey ruins, such as Jumièges, which I visited when I went to the Normandy Impressionist Festival in 2016. 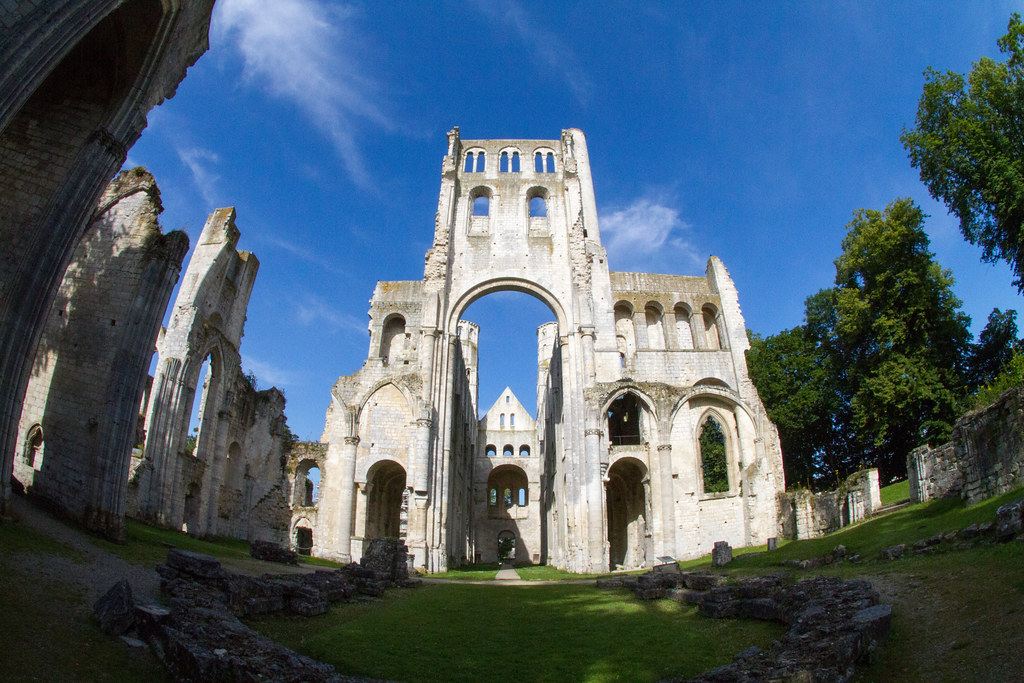 Speaking of Normandy, it is France, but the winemaking seems not to be done so much even now because this area was the area where the wine cultivation was not possible traditionally. Instead, cider is famous, but brandy seemed to be made in this Fecamp. The brewing seems to be done at the Palais Bénédictine here, but it closes once from 12:00 to 14:30. I guess they have siestas in the north… 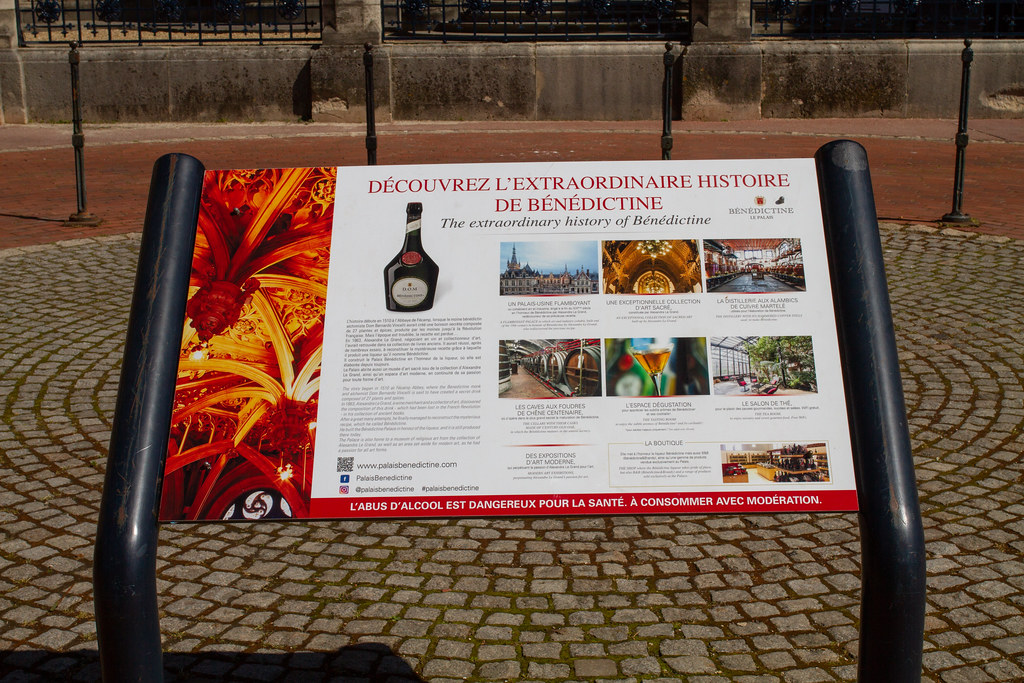 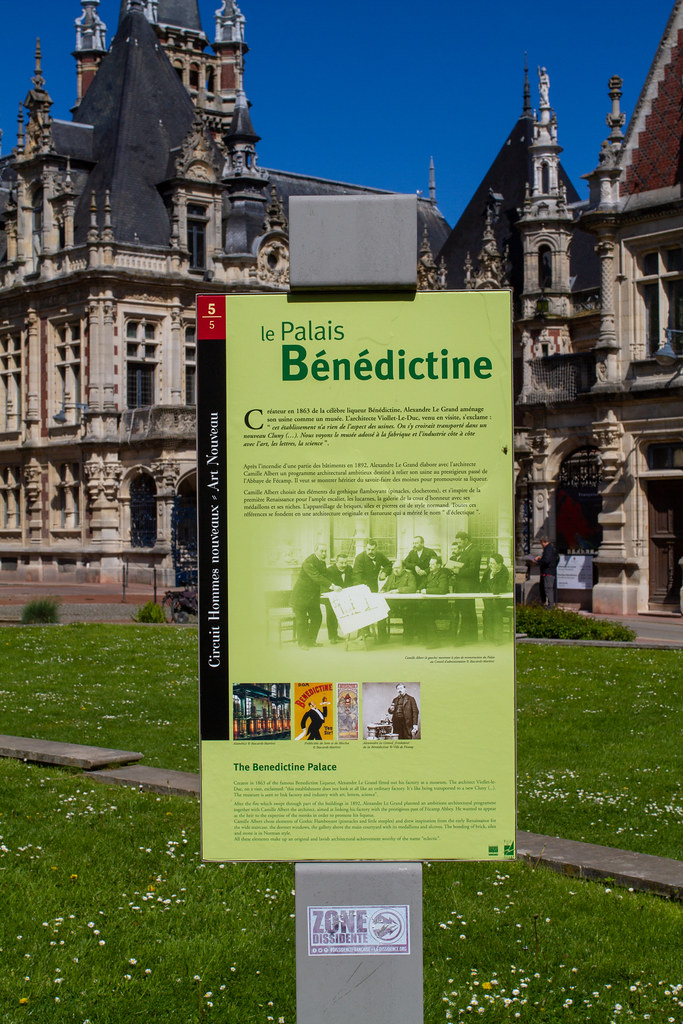 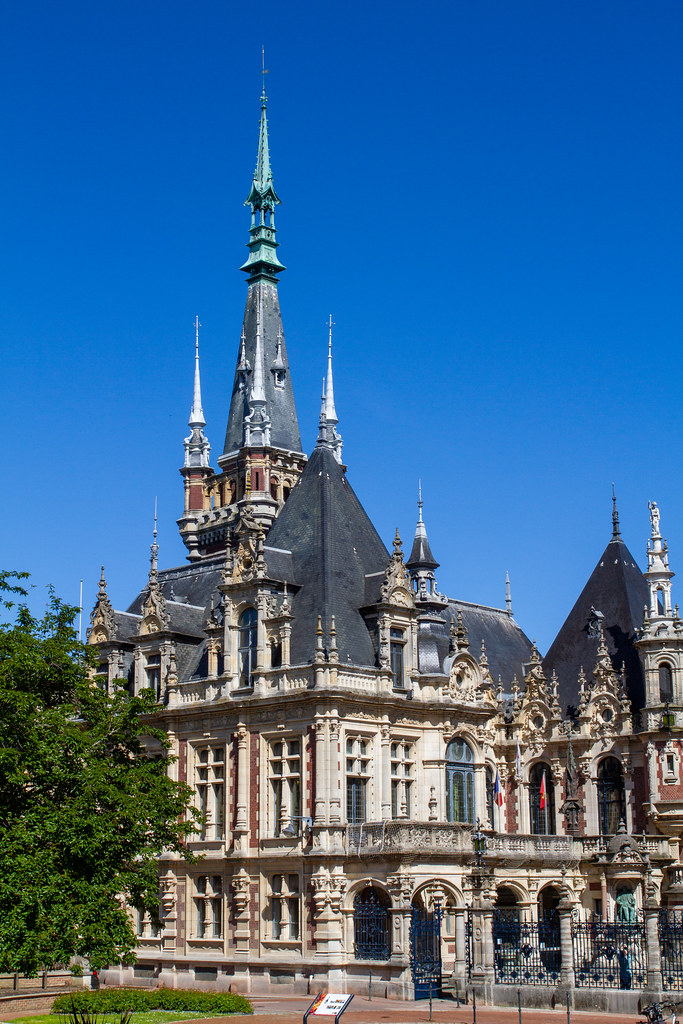 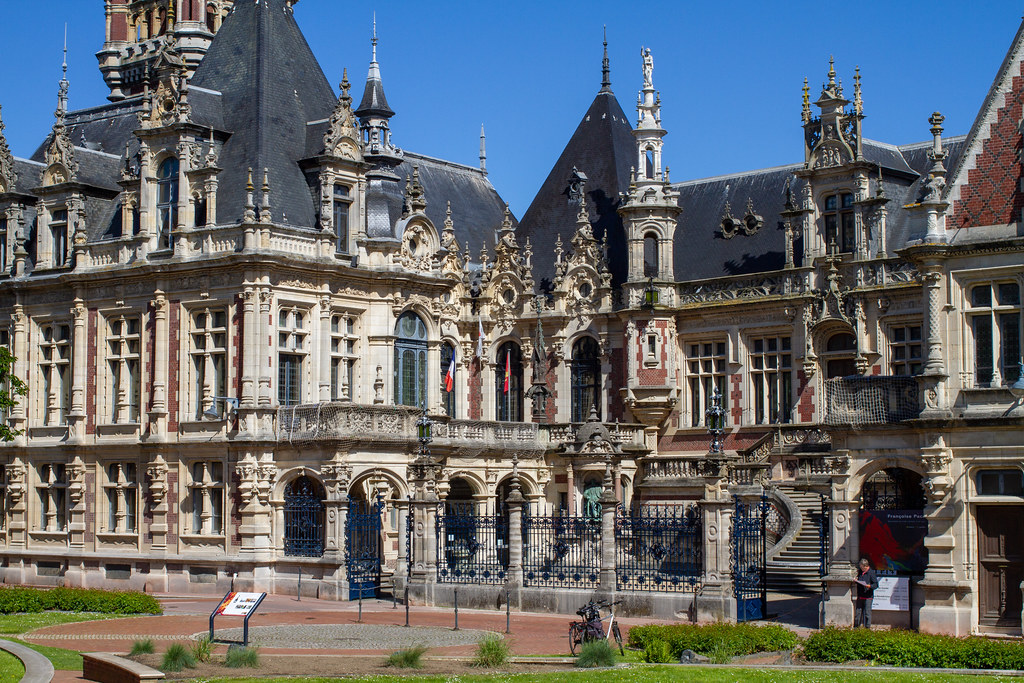 In the meantime, I decided to have lunch and visit if there is enough time. Although there are not many restaurants here in Fekan, I browsed several recommendations on TripAdvisor, and unfortunately three of the top ranking restaurants were not open at lunch time, but I chose a restaurant with a good rating next to them. The fish was very good. It was very tasty. 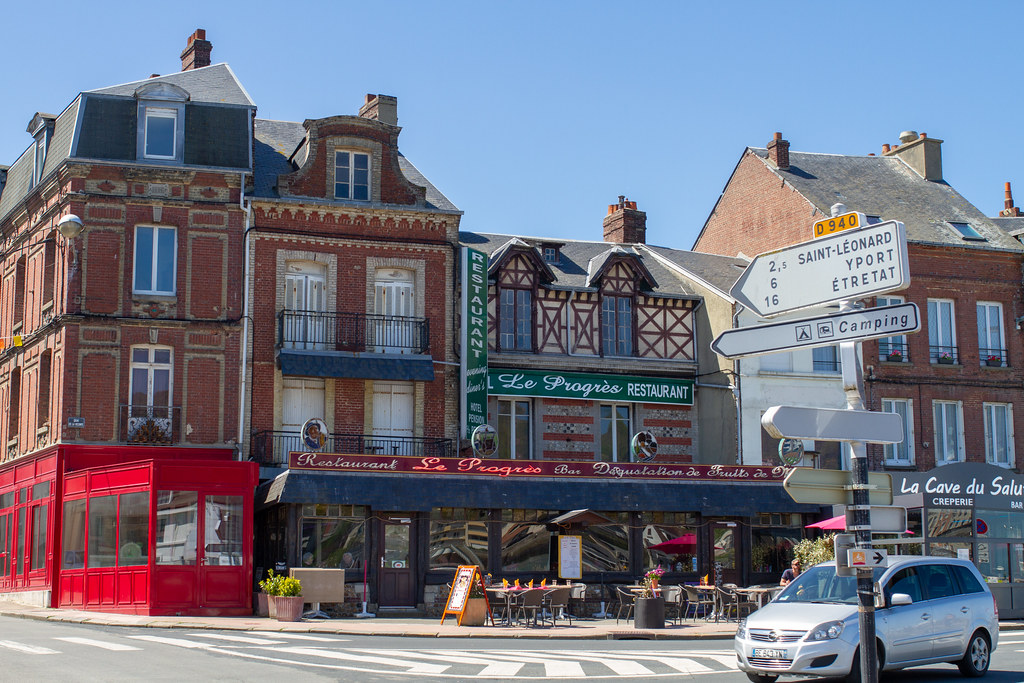 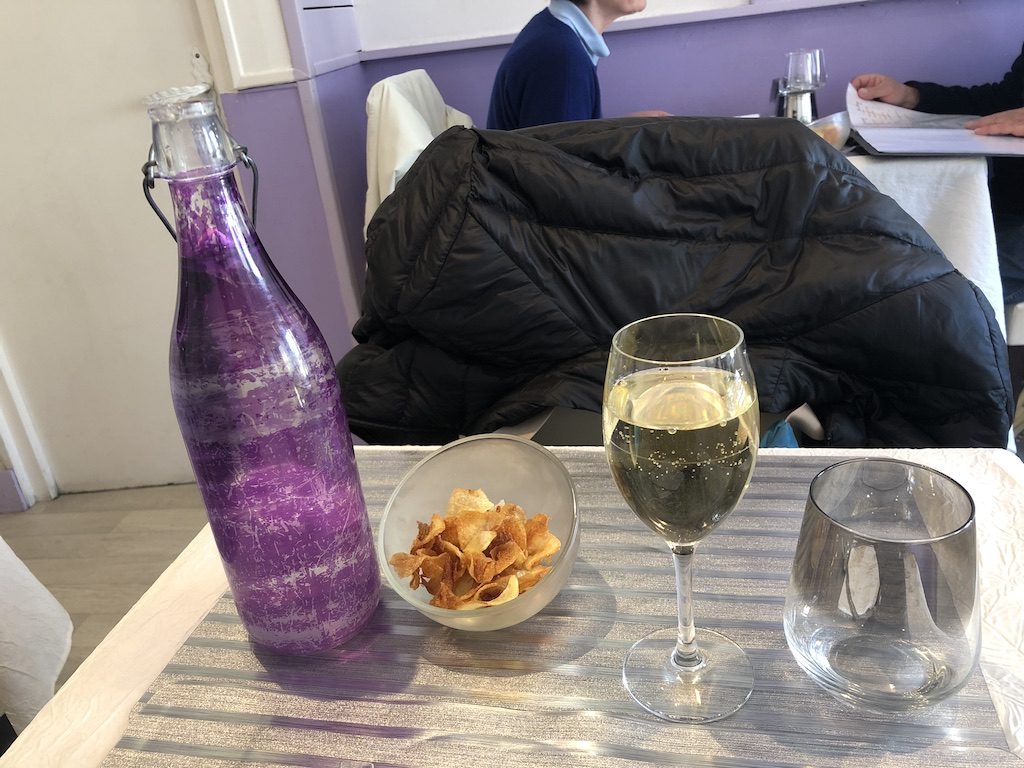 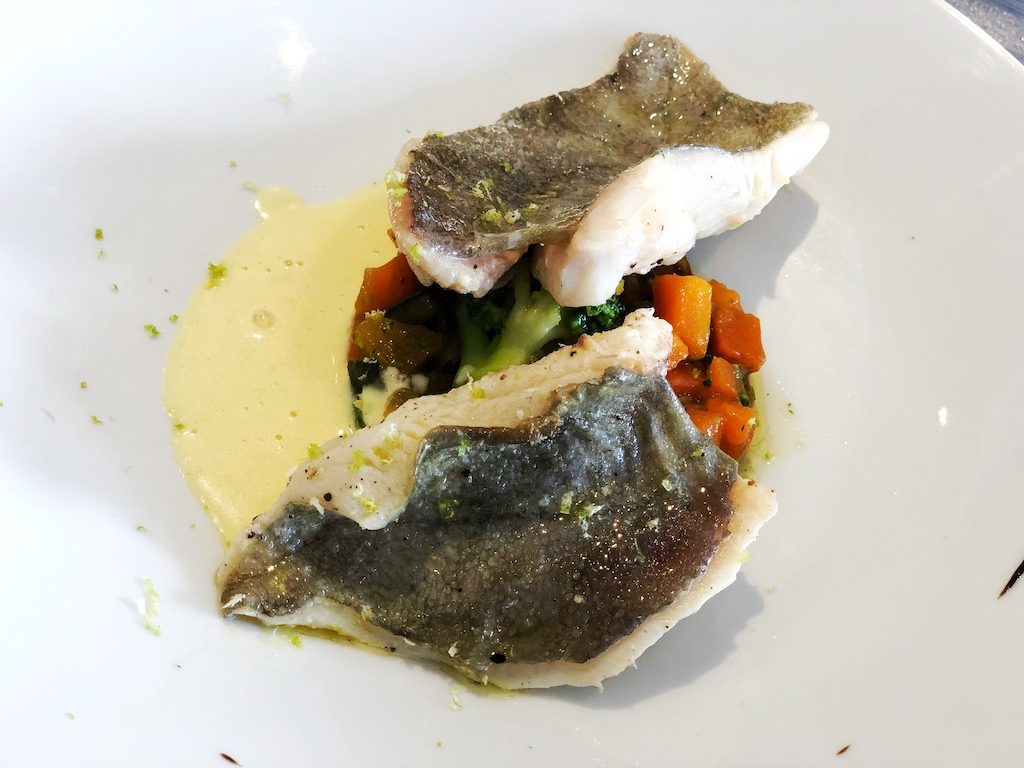 After lunch, I took a short walk along the beach. It was good weather, but I think that there were not so many people.

And the most distinctive feature of the Caux region is this white cliff! You can see it in Etrurta. It is also known as Etrurta, a very popular tourist spot. 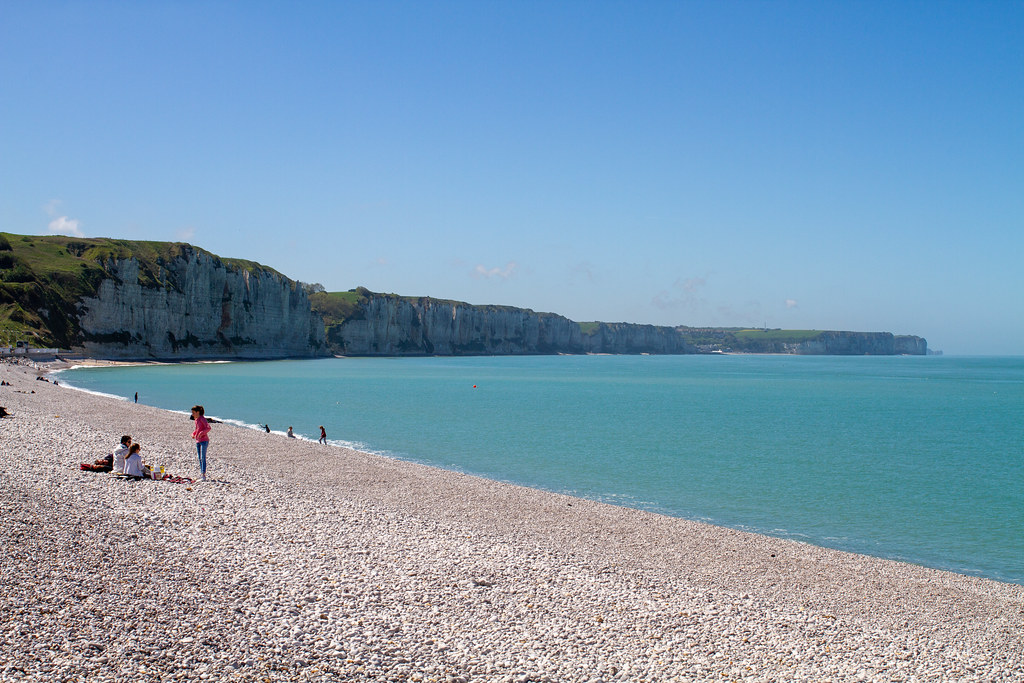 This area was often used as a subject by impressionist painters.

After Fécamp, we went to « Veules-les-Roses » which was newly registered as a beautiful village last autumn. 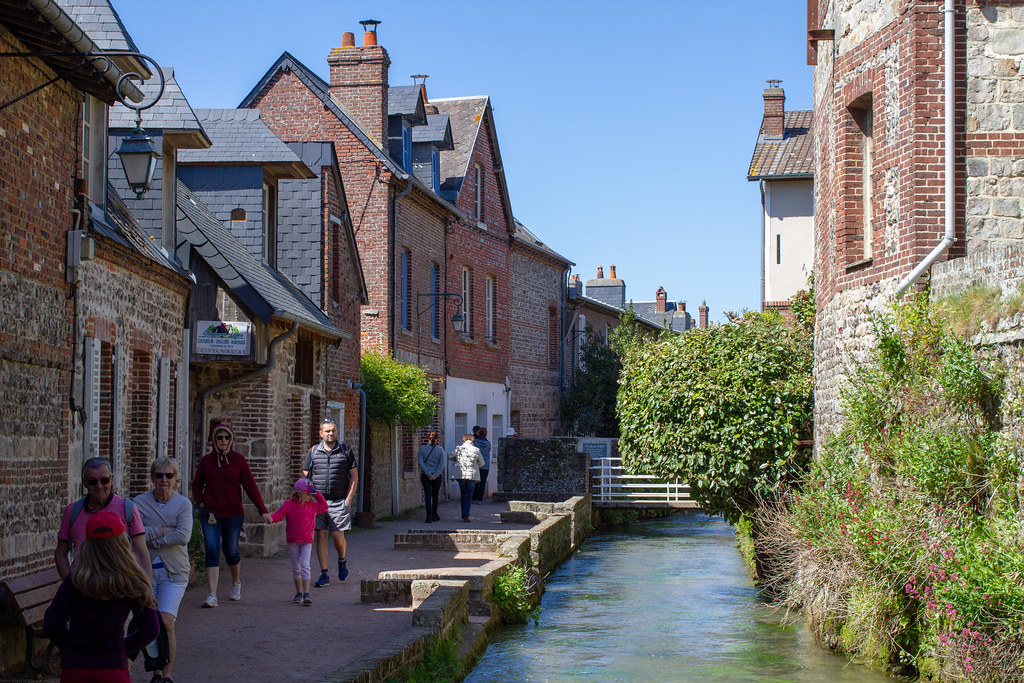 On this second day, I stayed in Dieppe, Seine-Maritime province. It was a Saturday, so it was crowded with many people, but I don’t feel much European atmosphere, and there seems to be few sightseeing attractions. 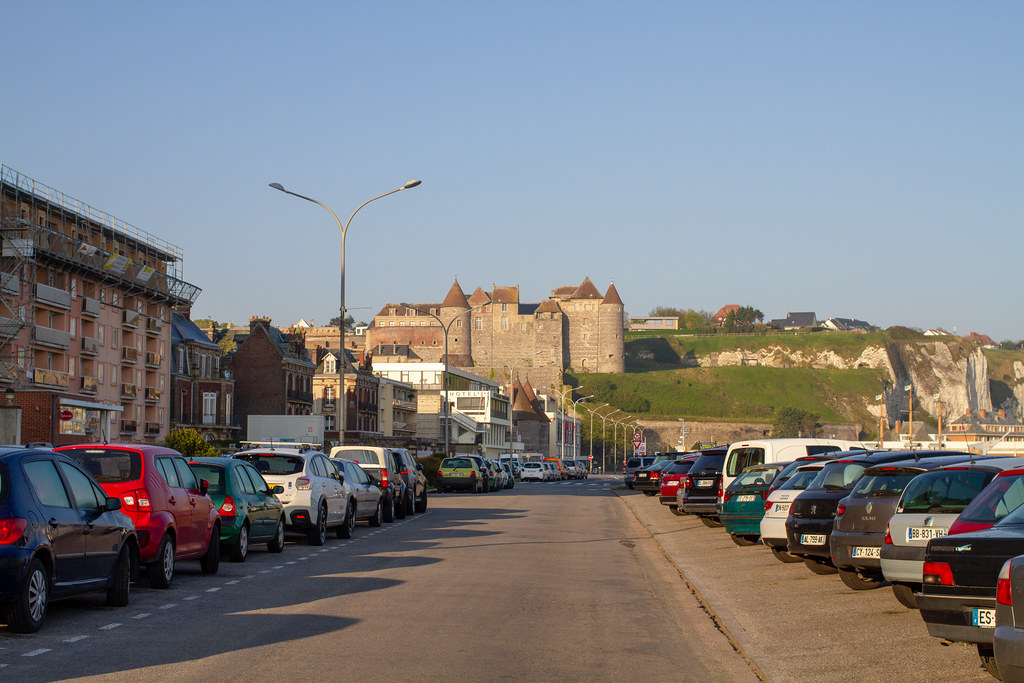 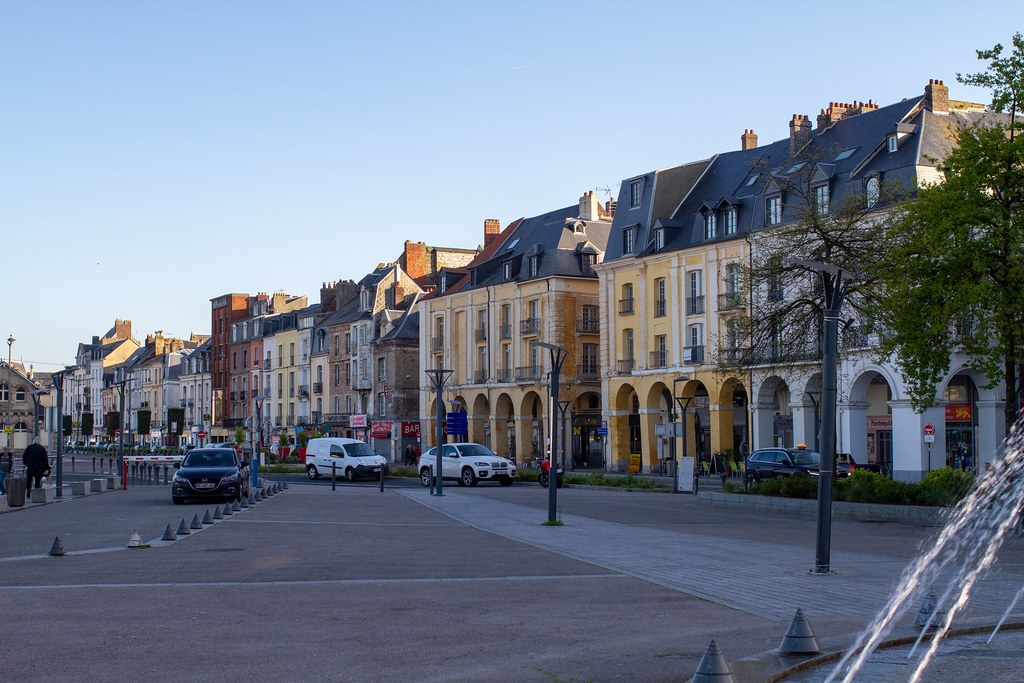 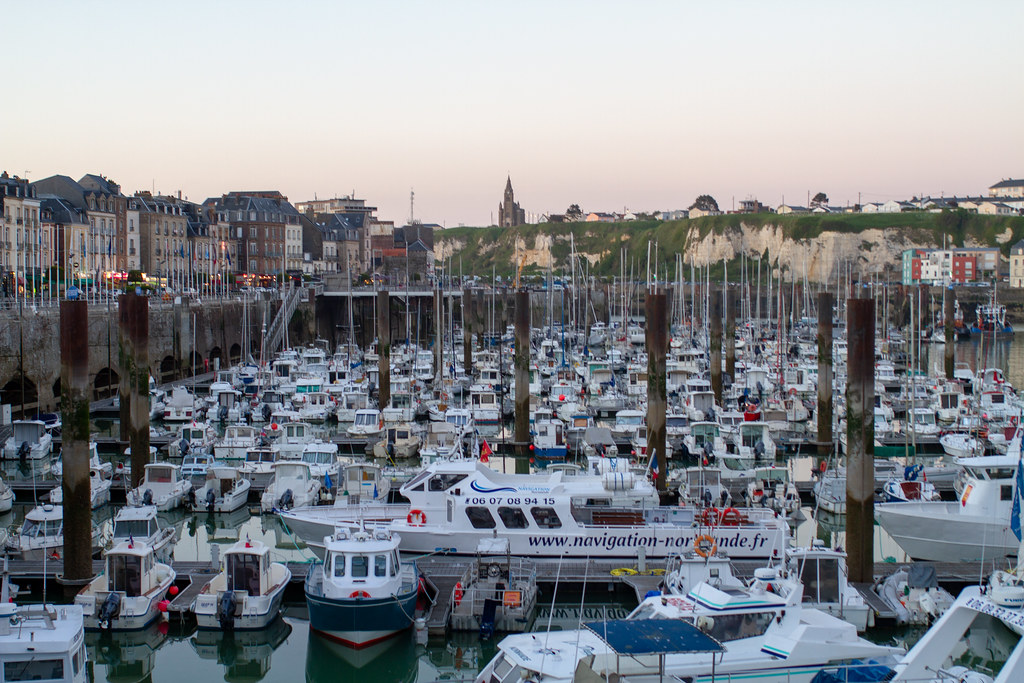 By the way, when I looked up the history of the city on the internet level (in short, a diagonal reading of Wikipedia) When I checked the history of the city, it seems that it was the battle of Dieppe in 1942 during the World War II, a failed version of the Normandy landings. By the way, I think there was a museum about the war in the city. We didn’t do any sightseeing in the city because we arrived in the evening and we were tired. As I have already said many times, I regret it a little, because I wish I could have had more time to adjust the schedule and do some research in advance.

The restaurant we chose for the day was good. There seemed to be many good places to eat. The starter was a liver! (Foie de lotte? Mariné) It was very fresh and tasty. I didn’t know French people eat liver too. For the main course, we chose a local lamb. It was also wonderfully delicious. 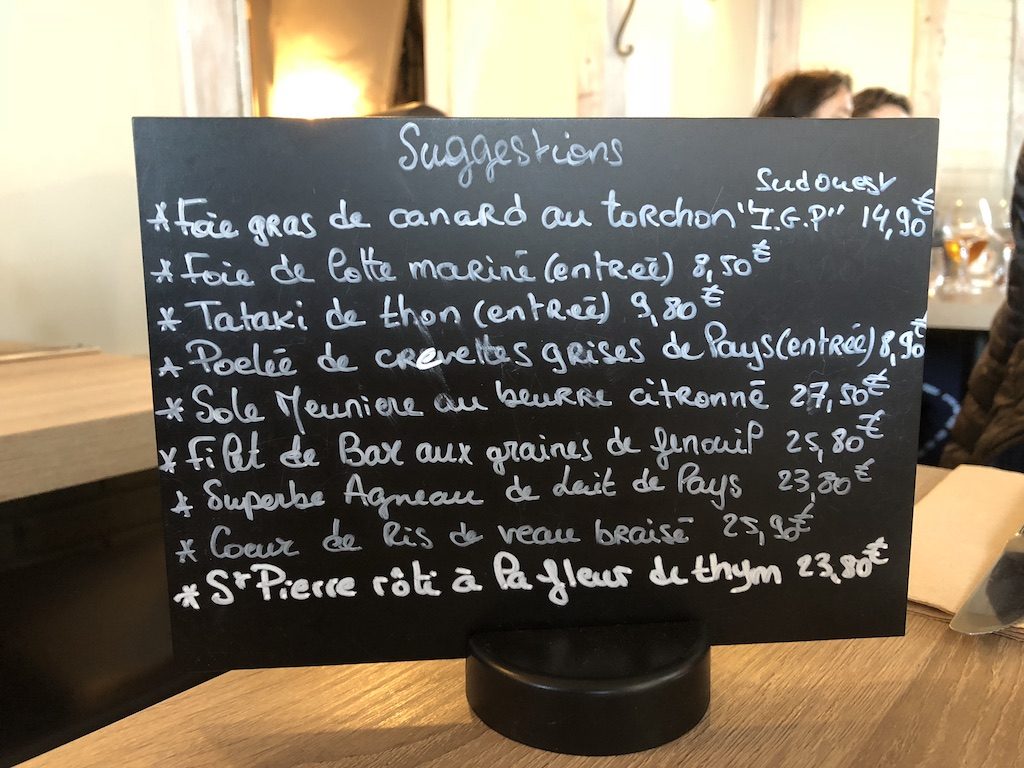 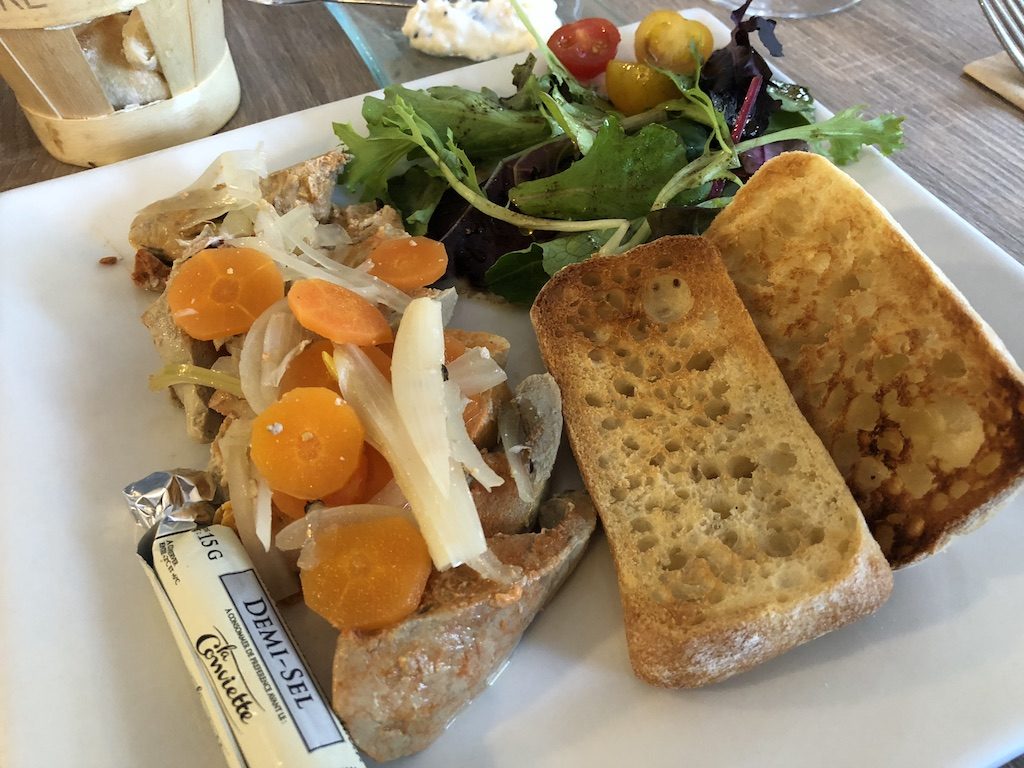 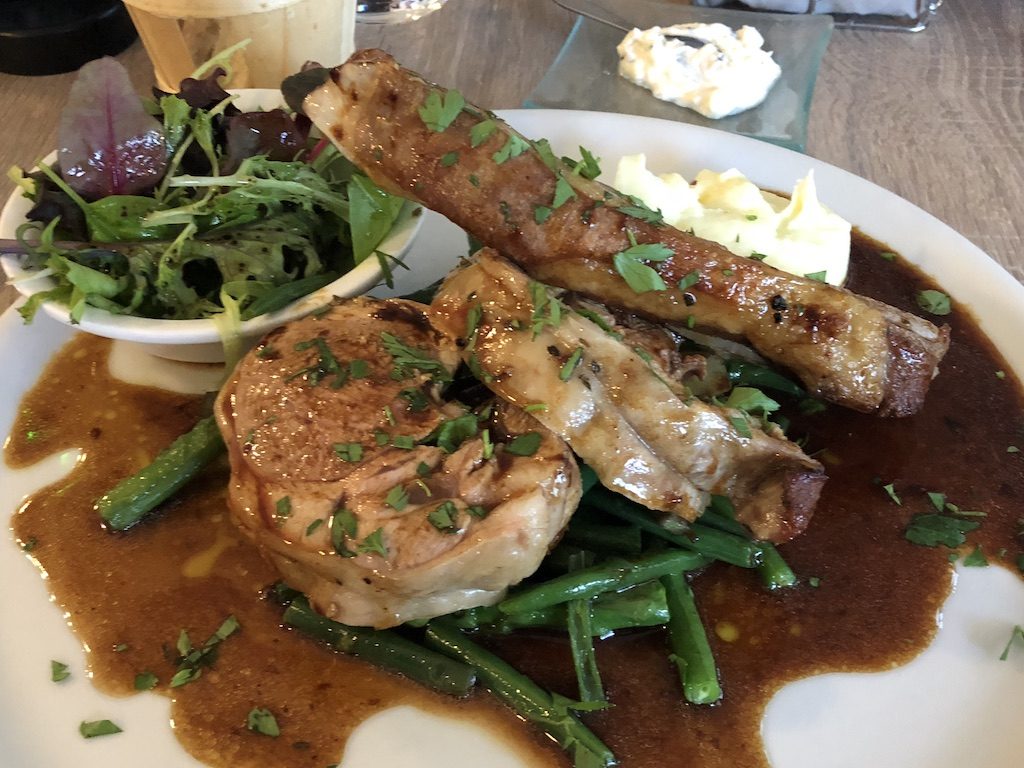 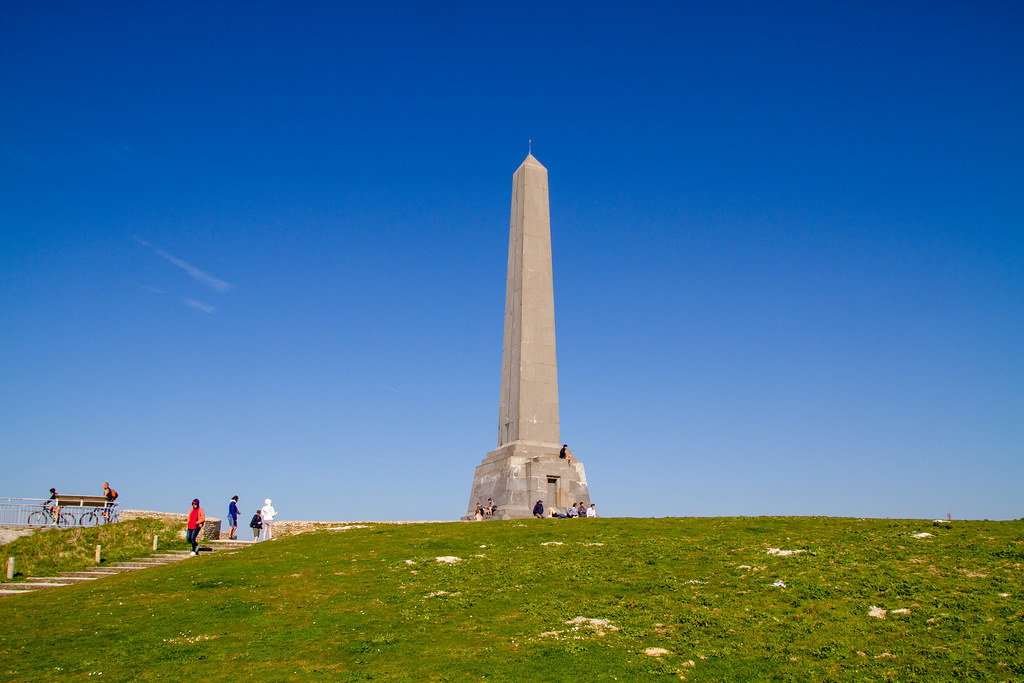 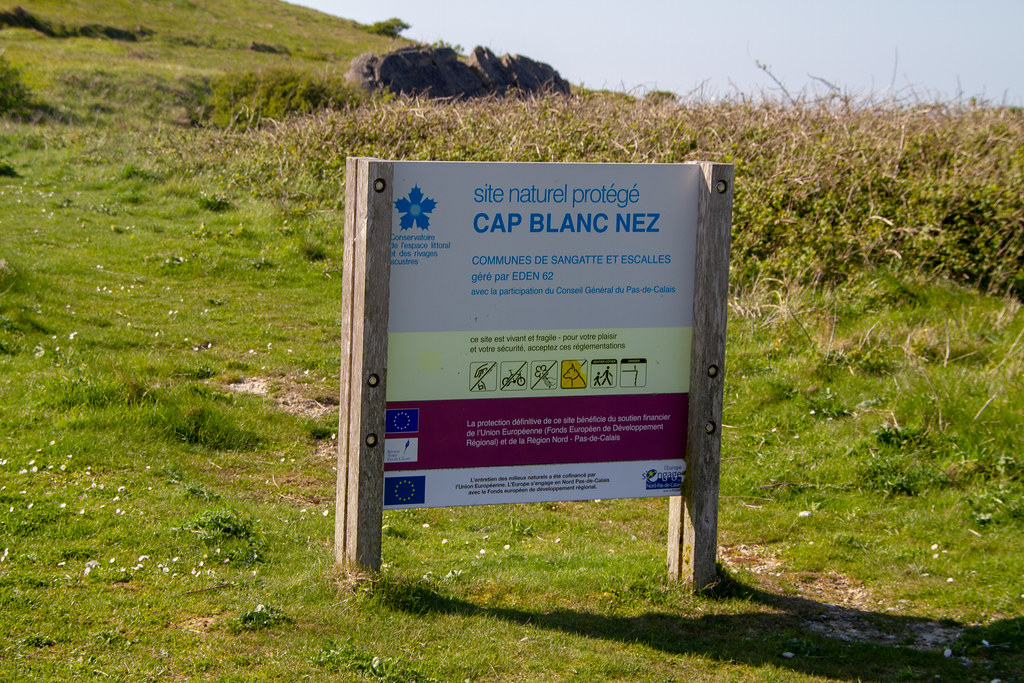 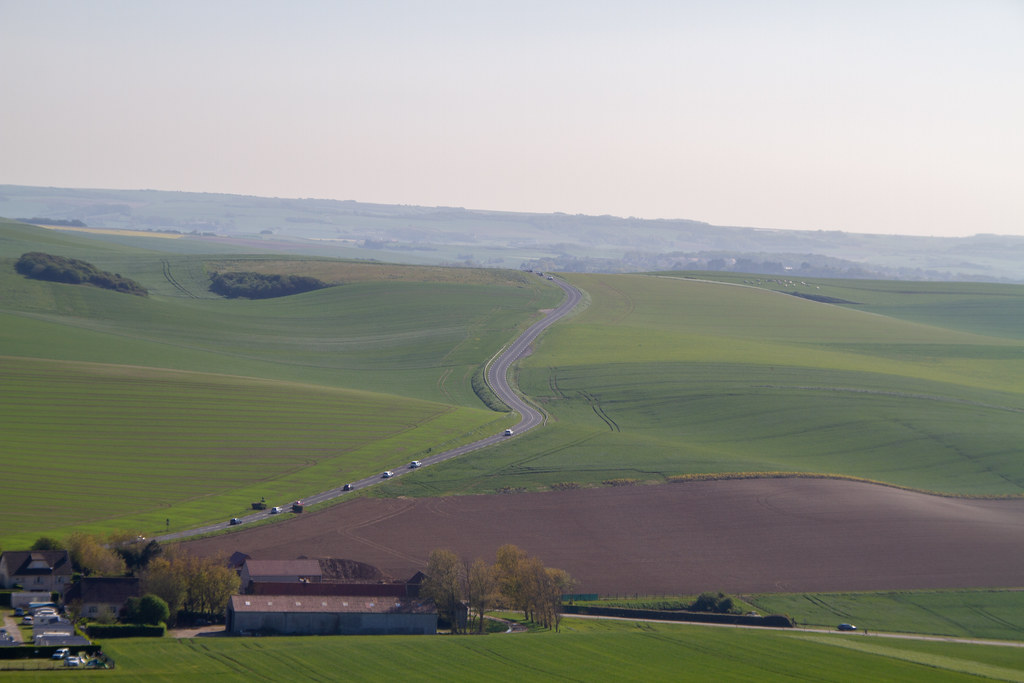 It’s a very important strait to get from the North Sea to the Atlantic side. It seems to have been the scene of two major battles in the First World War. The Normandy region was the main battlefield in both wars. By the way, the movie « Dunkirk » which was released last year is a movie set in the Strait of Dover in a real town next to Calais. I haven’t seen it yet, so I’d like to see it soon. 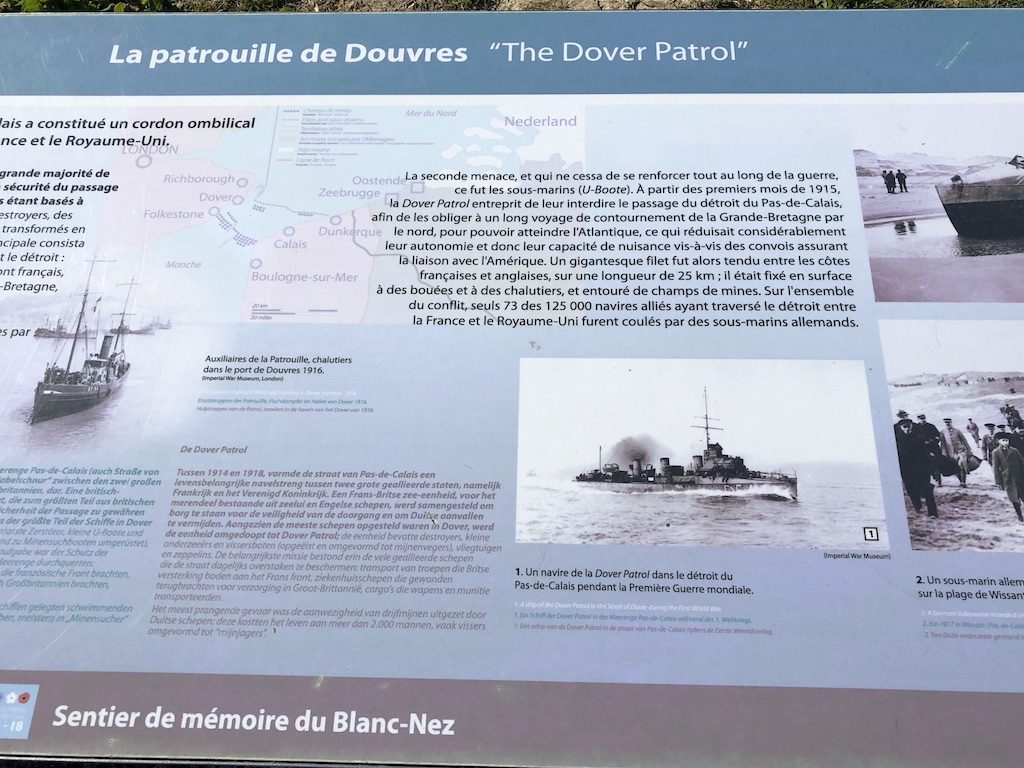 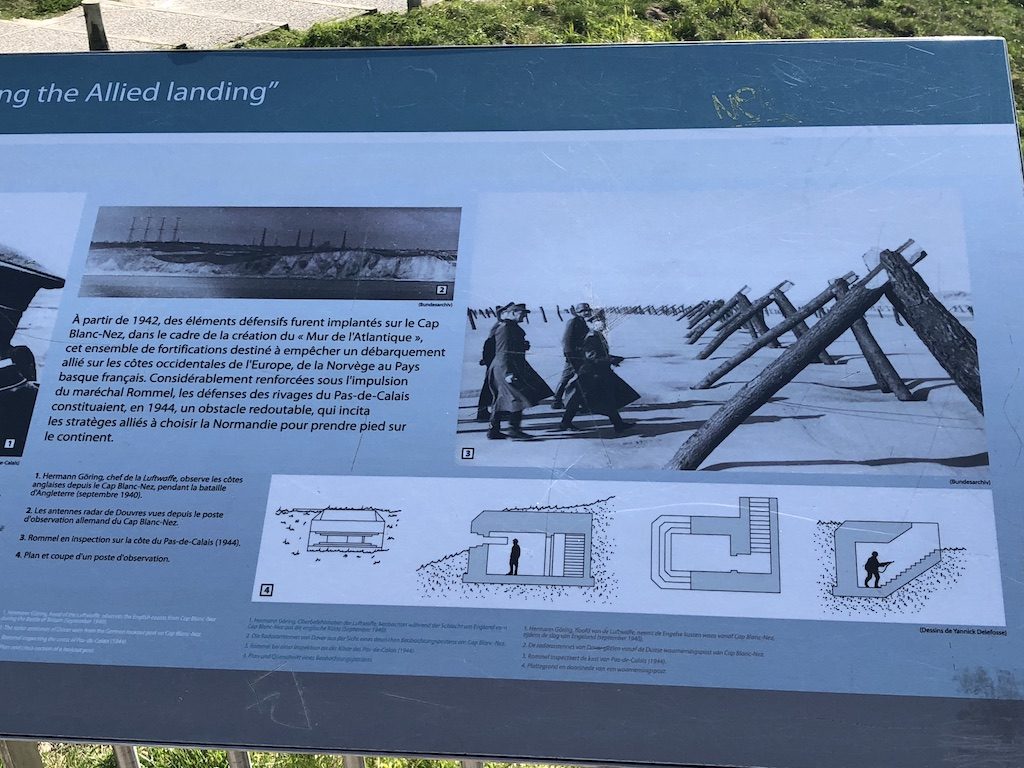 By the way, there seems to be many tourists from England around here because the other side of the river is just England. I felt like I had a lot of opportunities to hear English walking around town.

イタリア国境に近いオート＝アルプ県にあるSaint-Véran（サン・ヴェラン）という美しい村へ向かうときの出来事。This village is located at an altitude of about 2,000 meters, ...