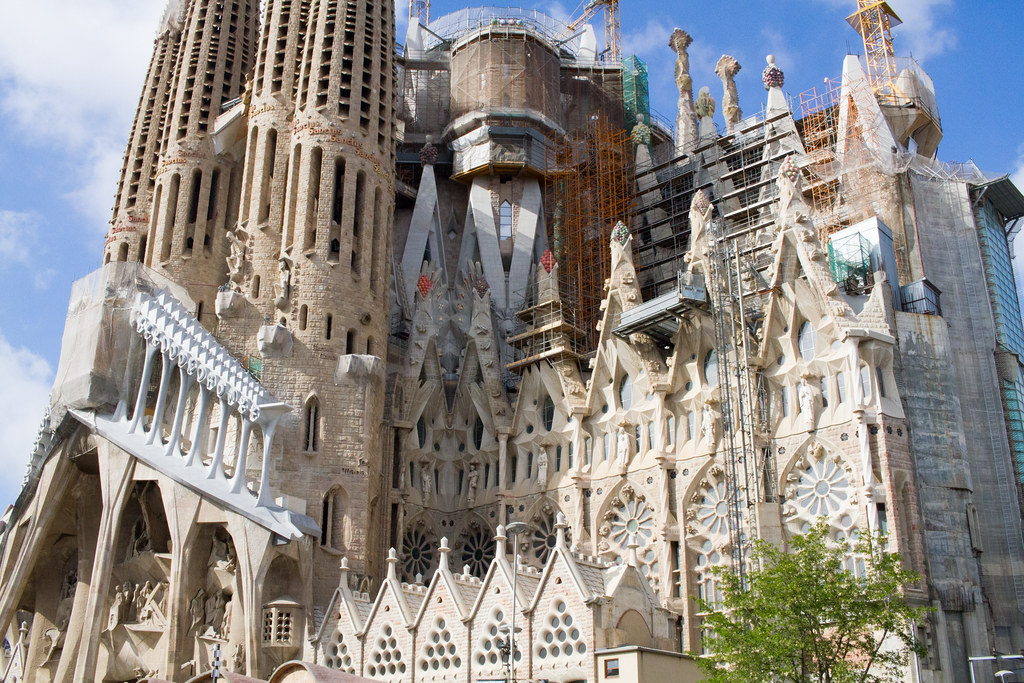 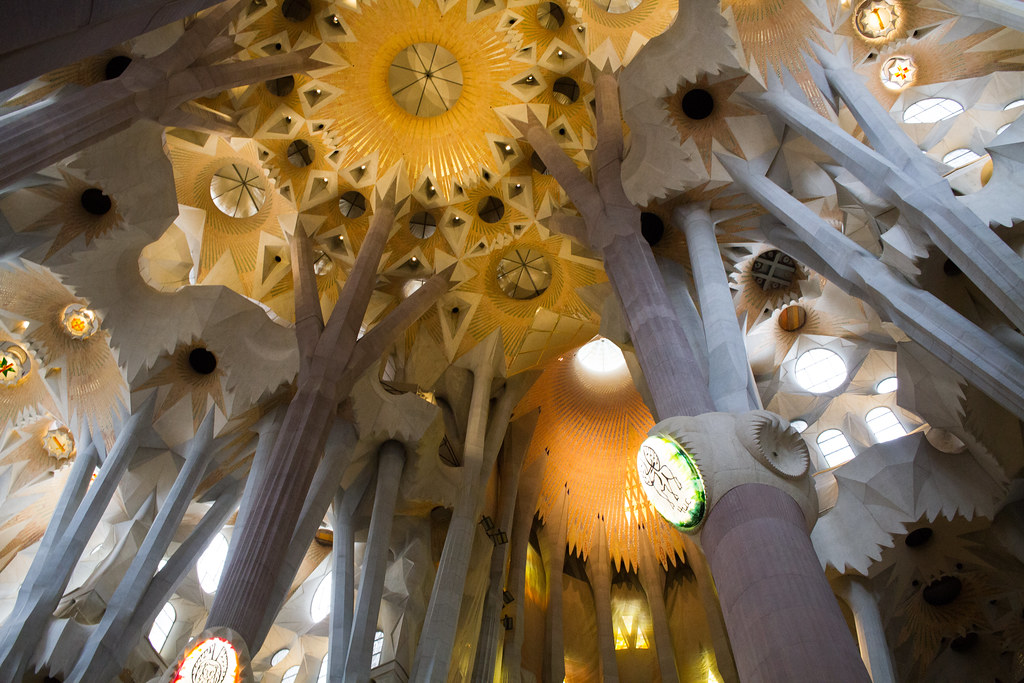 On my fourth visit, I finally went inside for the first time!

Make advance reservations on the spot.

The line at the sales floor was very long, so I searched online with my iPhone without hesitation. I was able to reserve very easily. We booked tickets to see inside and to climb the tower. Even though I knew it was the most popular spot, I didn’t know it was such a fierce battle. It was my first time to see the inside of the tower in 12 years.

In addition, you don’t need a ticket to enter. If you can show the barcode in the pdf sent to your email (which you register when you make a reservation), you can confirm your ticket just by holding up your smartphone.

Nevertheless, it is really convenient to buy on the Internet and with a smartphone. Of course, you can pay easily by credit card. I used PayPal for even easier payment. I think there are not many tourist attractions in Japan where you can easily make a reservation and enter by internet or smart phone. I think they are inferior to other countries, at least compared to Barcelona, because they don’t support PayPal.

But the entrance fee, which includes the tower, is 29 euros per person, which is quite expensive.

If you look closely, it looks like it’s pretty much done… 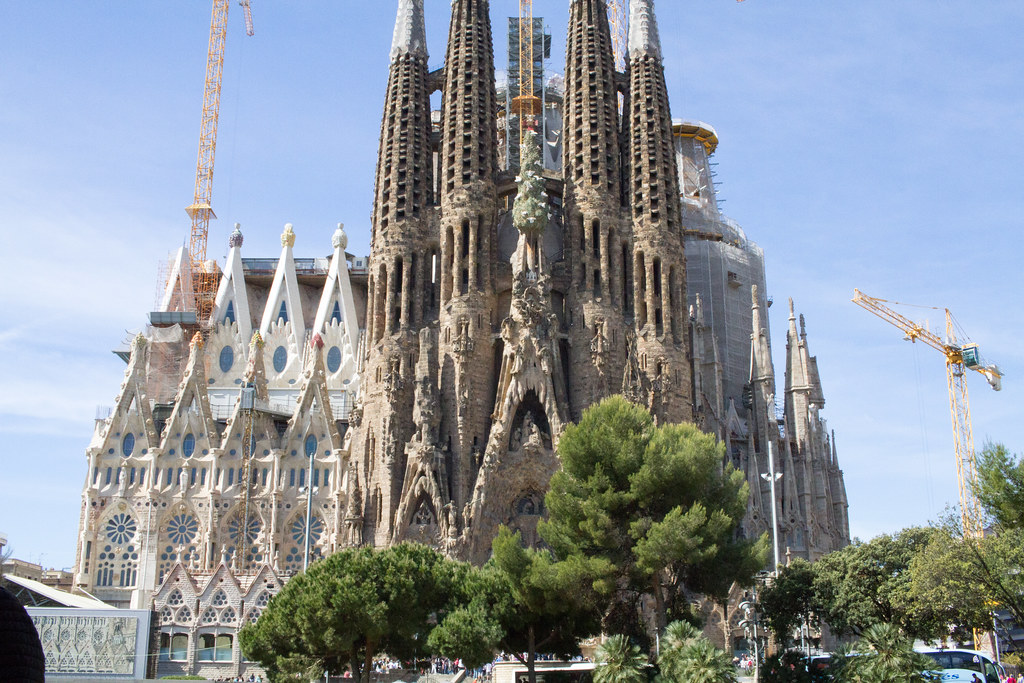 After completing the reservation, we visited Sant Pau Hospital, Casa Mila, etc. Once we rested at the hotel, we headed to Sagrada Familia again in time for 6:30pm. It is very convenient to go there as there is a nearest metro station here.

Facade of the Nativity and Passion

By the way, the facade of the Nativity was built relatively early. On the other hand, the Passion facade side is relatively newer than the Nativity side. You can see it clearly by looking at the color of the church. 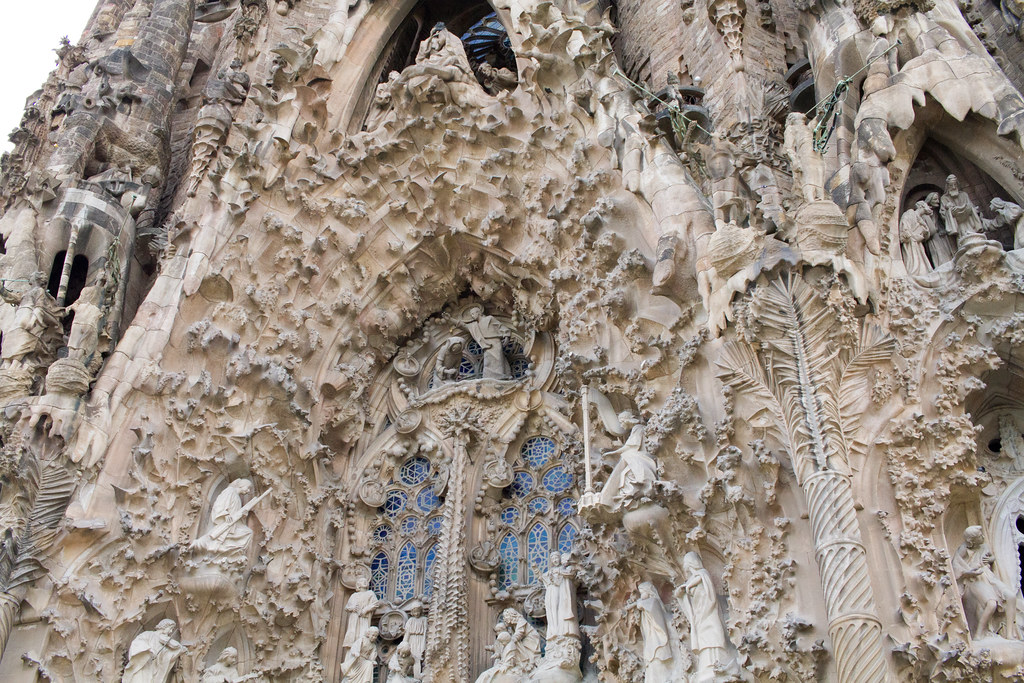 By the way, this is the « Facade of Passion ». As you can see, this one looks newer. 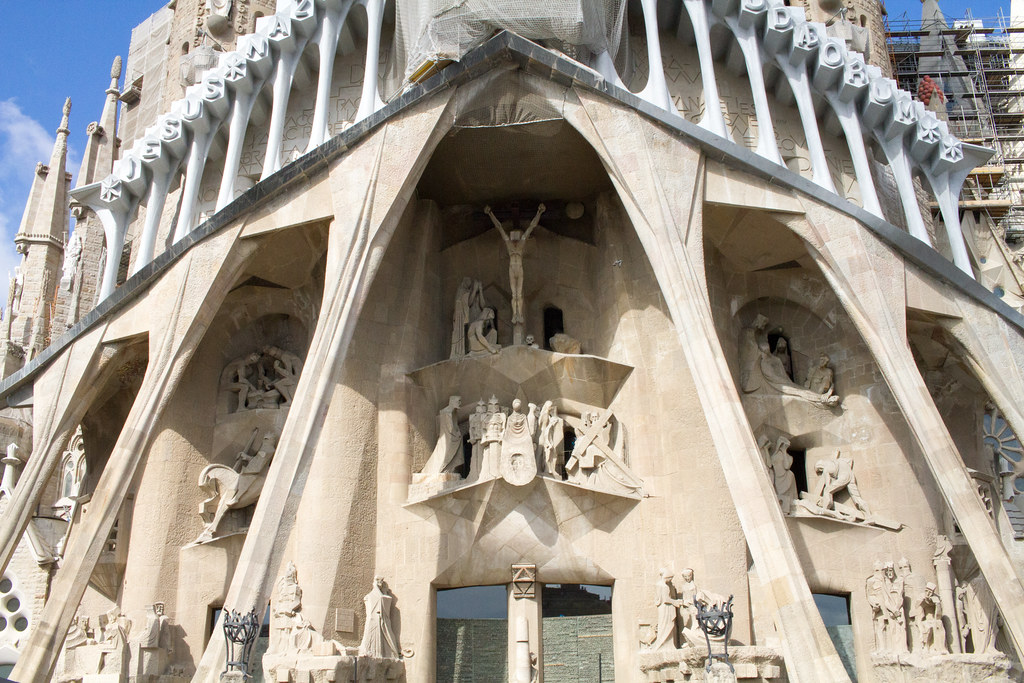 This façade is inspired by the scene in which Christ is condemned to be executed, carries his cross on his back to the Golgotha Hill and is crucified there.

Inside after 12 years, I was stunned by the development.

Well, we made a reservation and finally went inside. It’s actually been 12 years since I’ve been inside, but I was shocked at the difference from then.

Incidentally, the Sagrada Familia was officially recognized as a Roman Catholic church by Pope Benedict XVI on November 7, 2010. 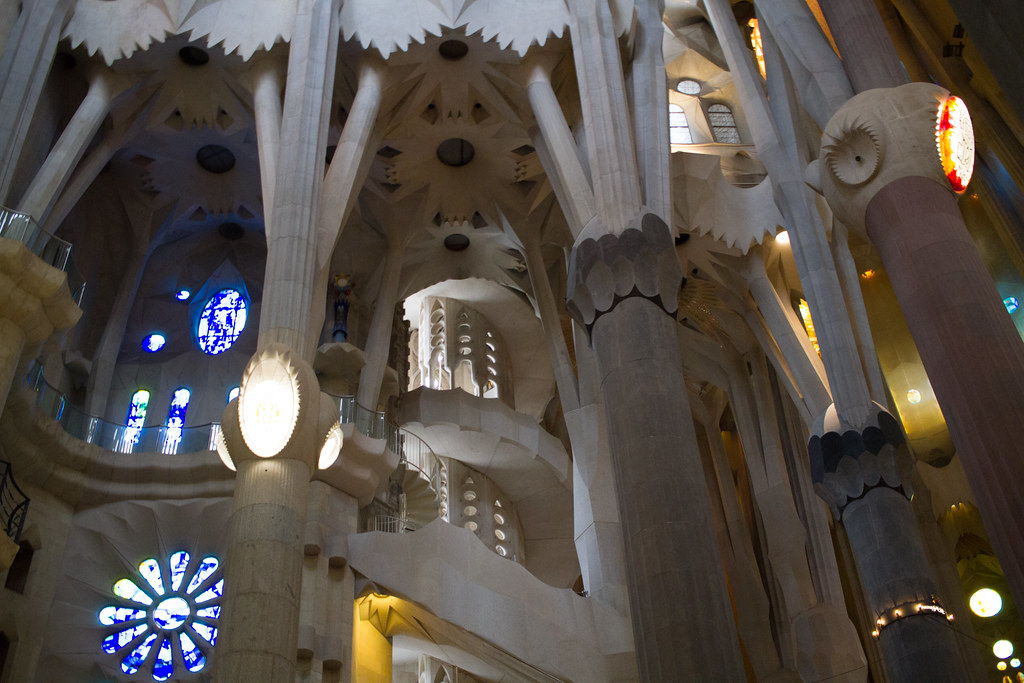 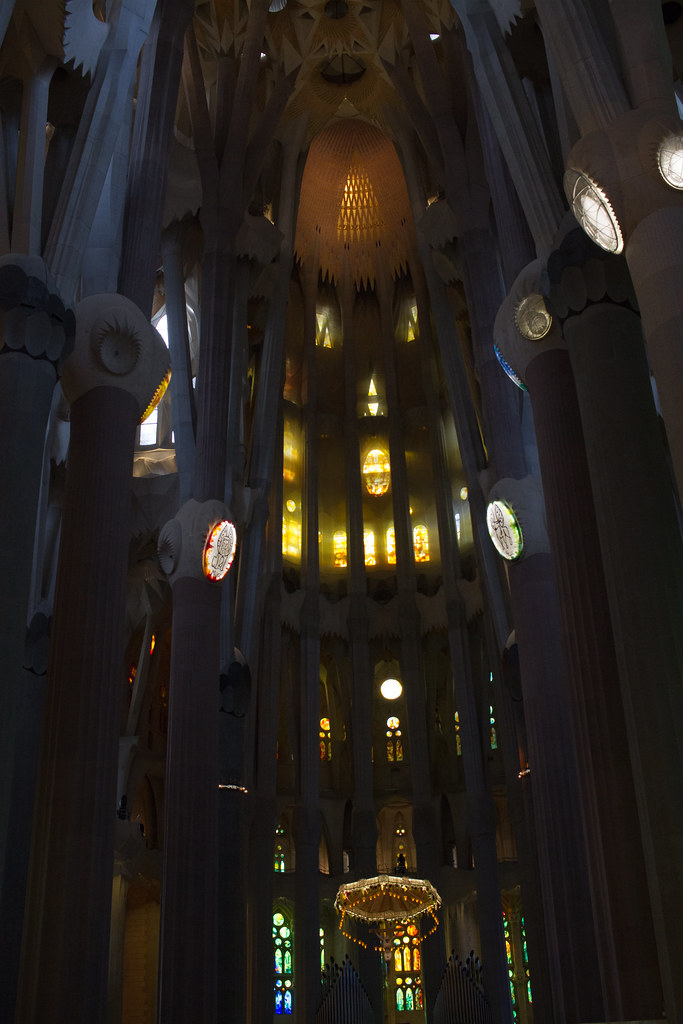 It is such an inside, but anyway, « high! (Not the price, but physically) is the impression. 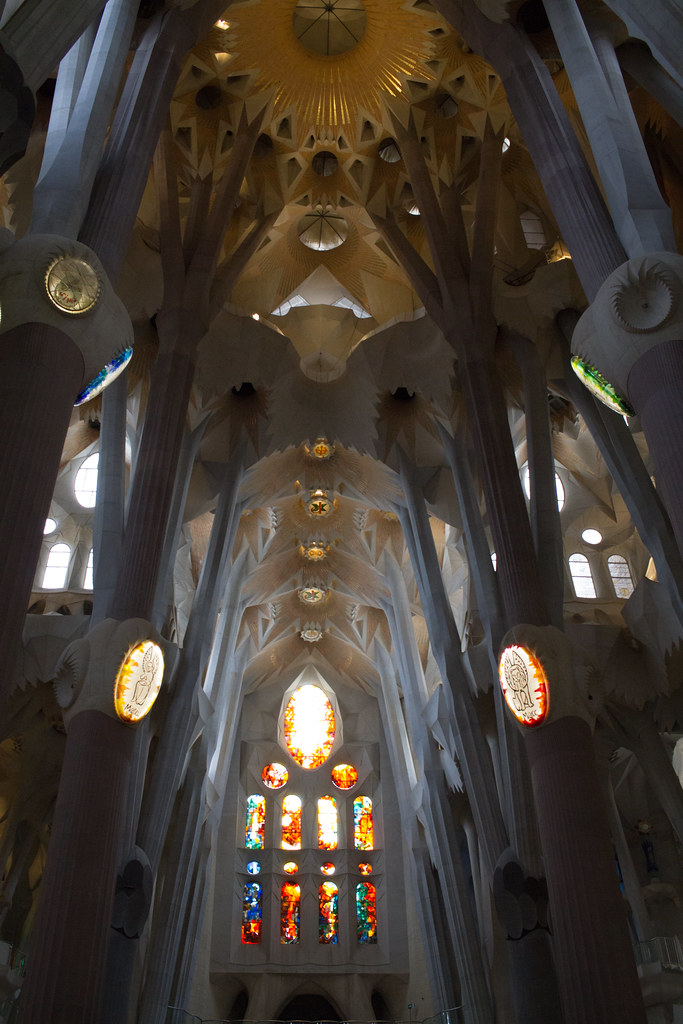 And there are many people. When you go to the Gothic cathedral, of course you feel it is expensive, but this is a very new cathedral, designed in the 20th century but built in the 21st century, so it may be natural.

To get to the towers on each side of the facade, take the elevator. 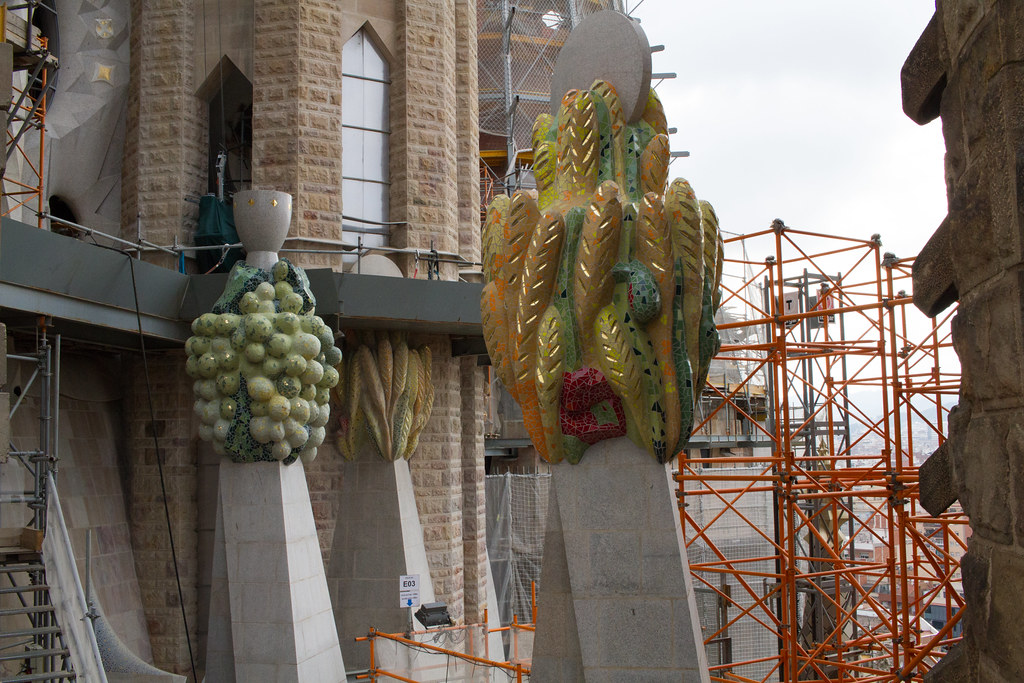 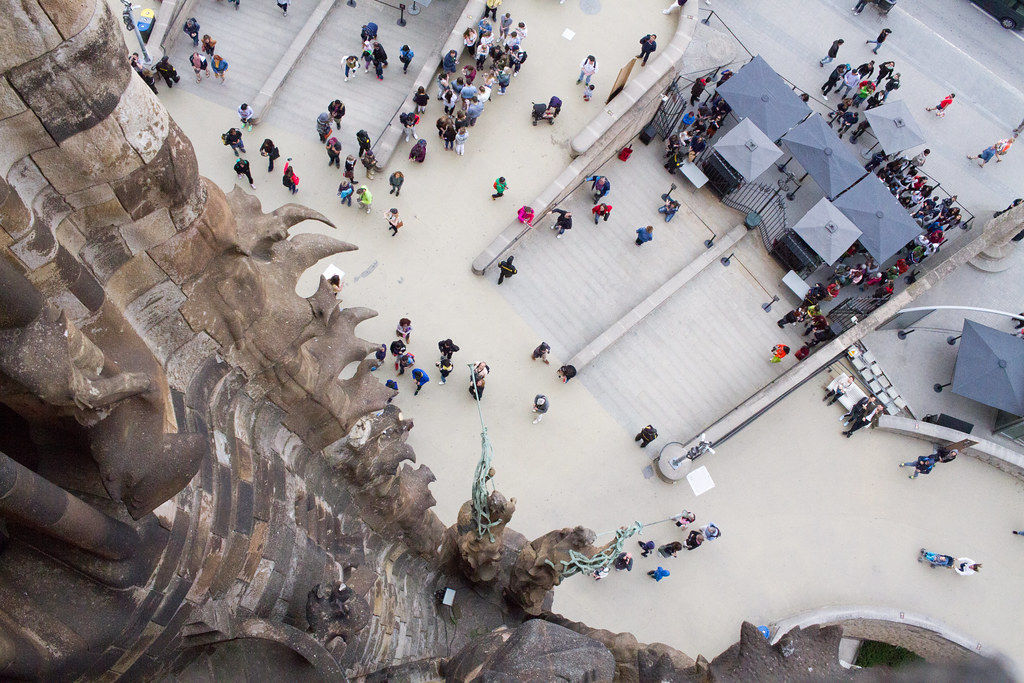 In addition, we were told to use the stairs to go down to the « facade of the birth ». You have to go down a spiral staircase like this one. 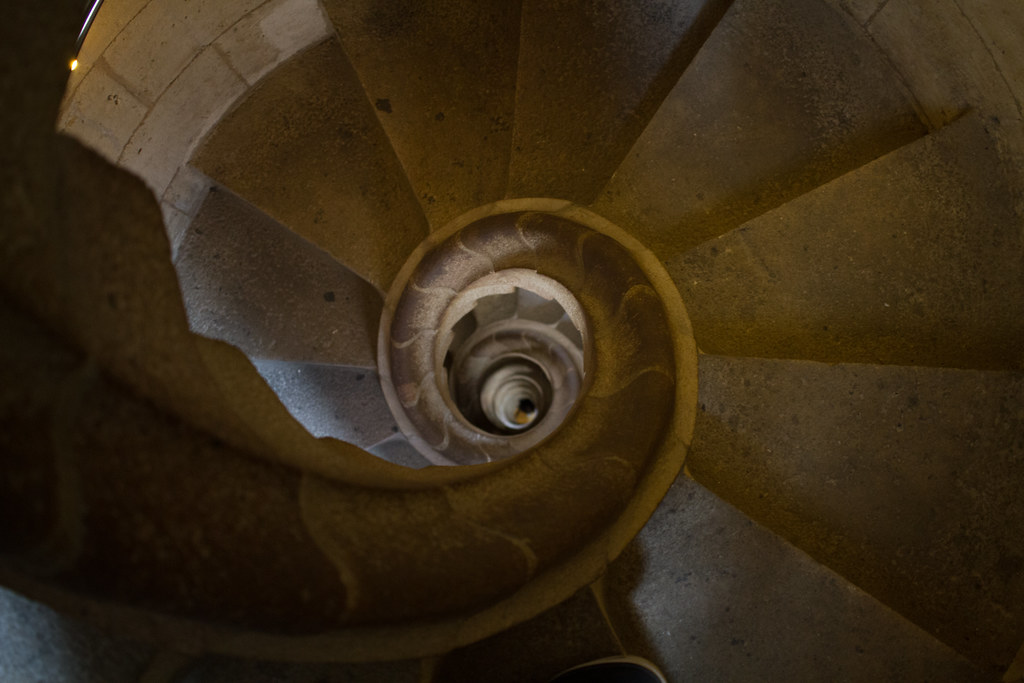 Unfortunately, the weather was cloudy. It was a little chilly. I was a little disappointed because it was sunny and cloudless in the morning when I booked. 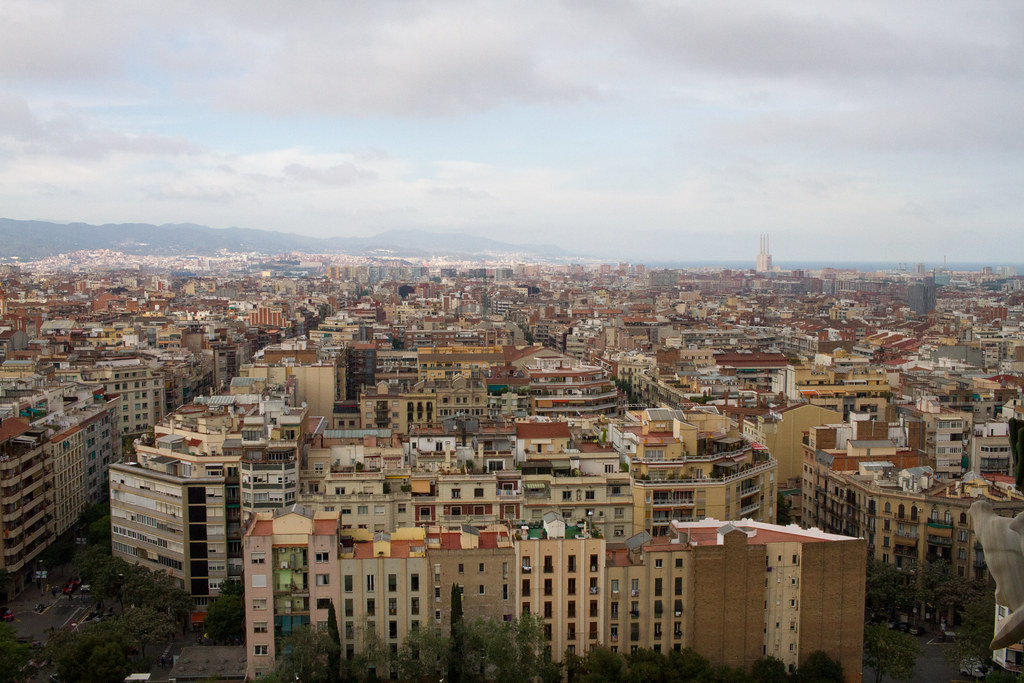 The underground museum was well stocked.

Finally, we went to the underground museum in the cathedral. So this place had been built now, too. It was interesting that this place was full of things there. The most impressive thing was the models, the « Passion Facade » and the complete sketches. 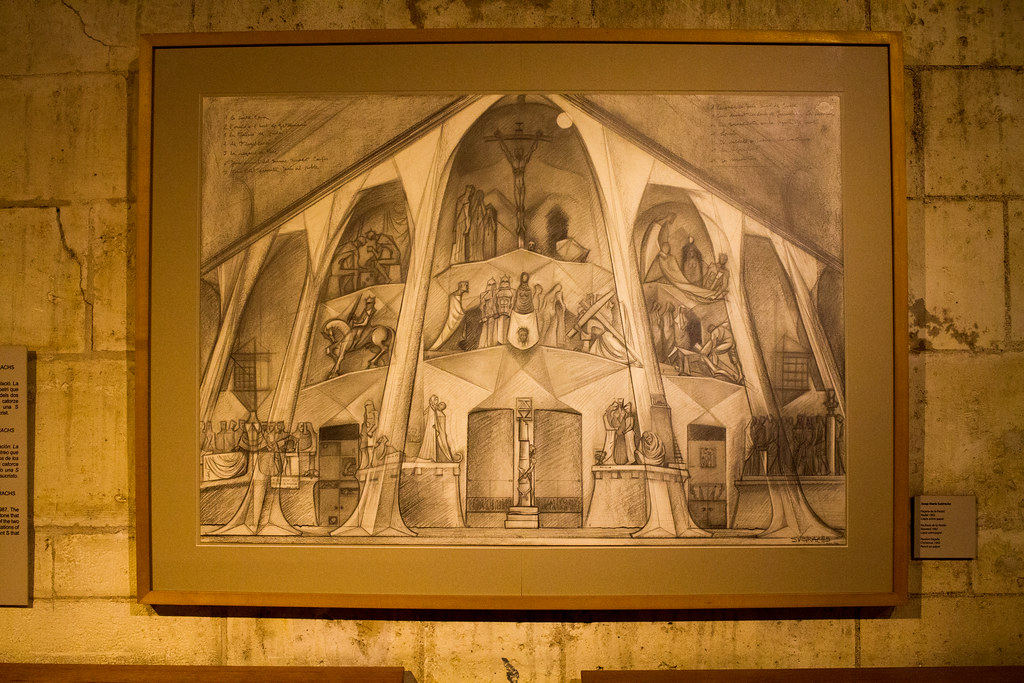 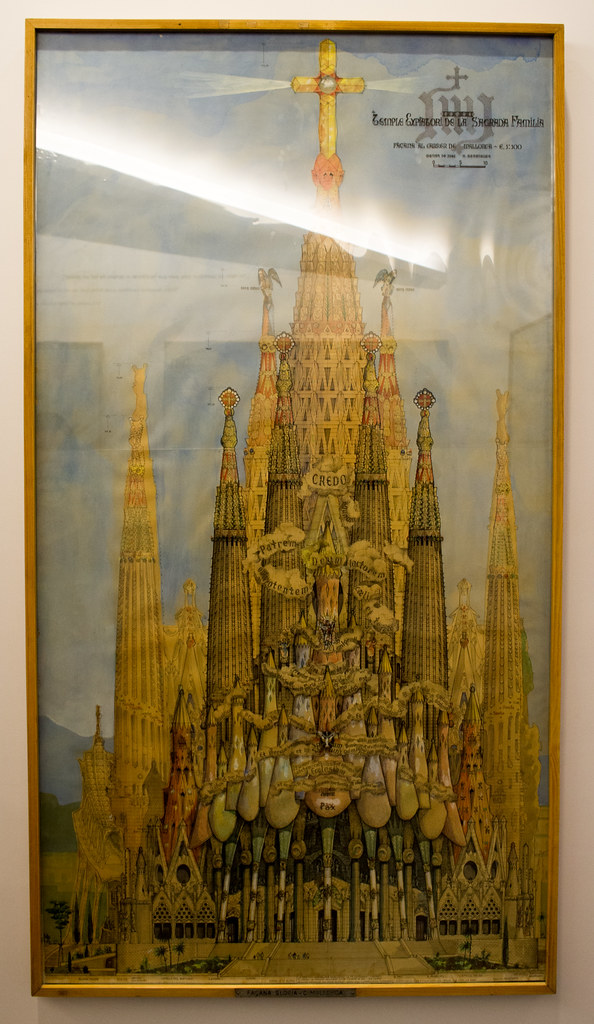 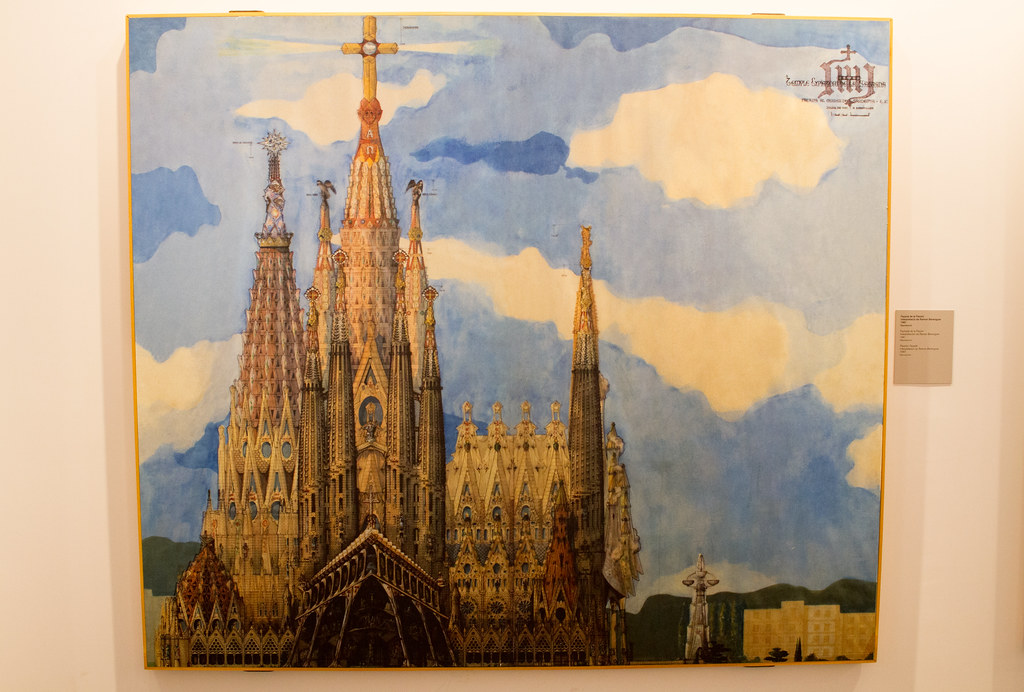 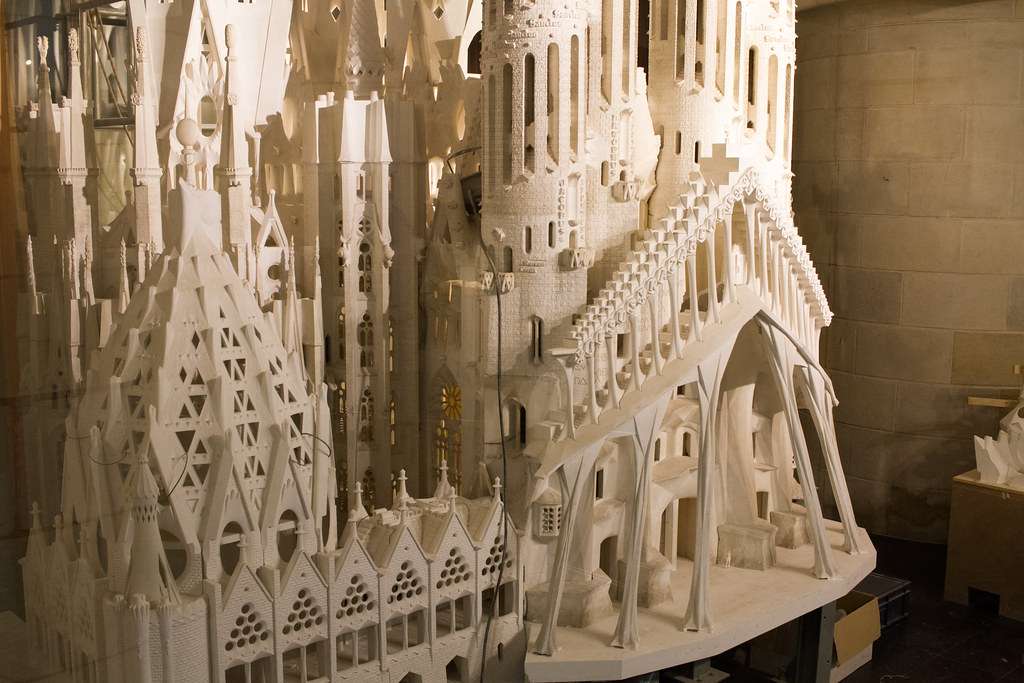 It was also very interesting to see the photos and other information about the history of the building. 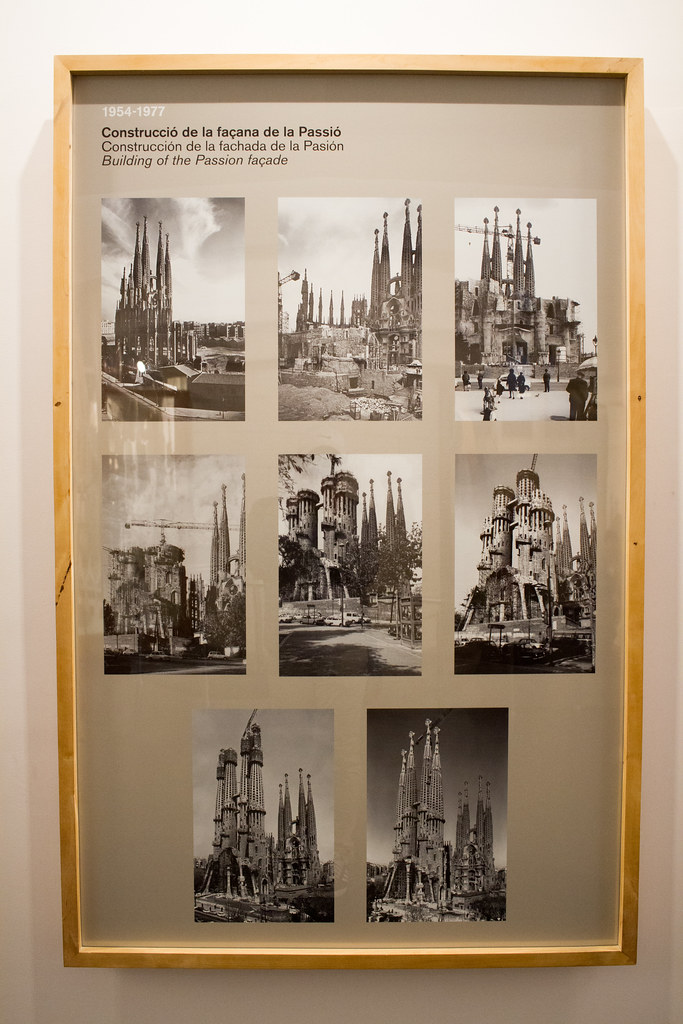 There was also an explanation of Gaudi’s architecture, including the Sagrada Familia. I couldn’t understand all the details, but there were some explanations about geometric symmetry in his design. 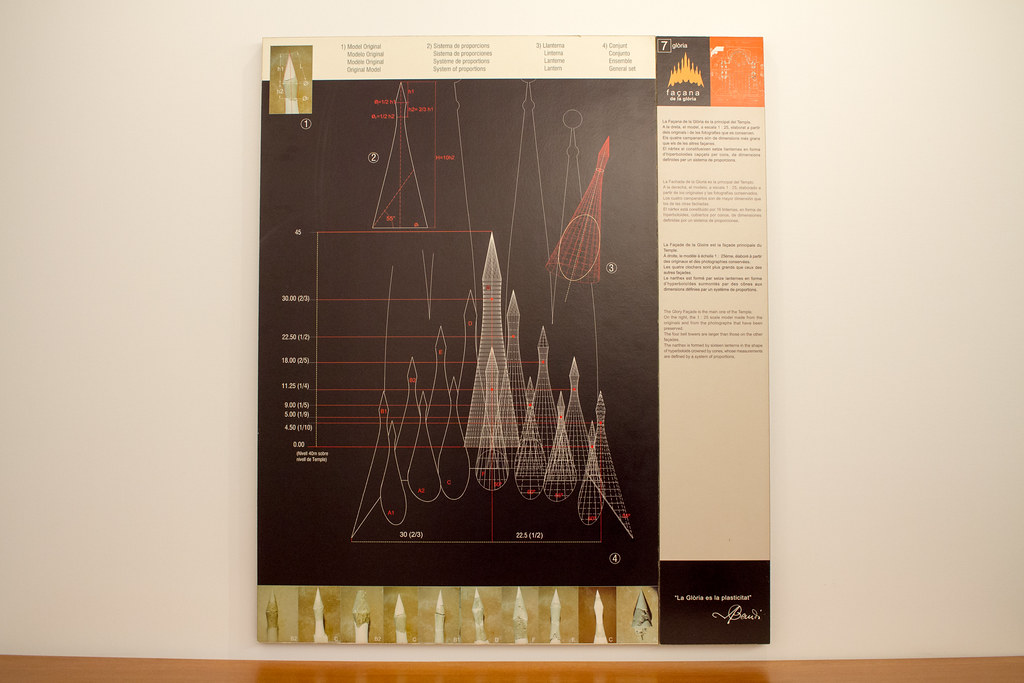 It is said that the cathedral will be completed in 2026, another 10 years from now. I’m sure I’ll be back to Barcelona many times before then, but I’ll definitely visit right after the completion.

Returning the car safely in Avila and Madrid – 2012 France and Spain Real Time Edition No.19

We left Salamanca a little after nine in the morning. While refueling on the way, we headed to Avila in the direction of...

Puebla de Sanabria, the most beautiful village in Spain No.24 ★★★★☆

There is only one more episode left in the main series (Alcalá de Henares), but before that, we'll talk about this topic...