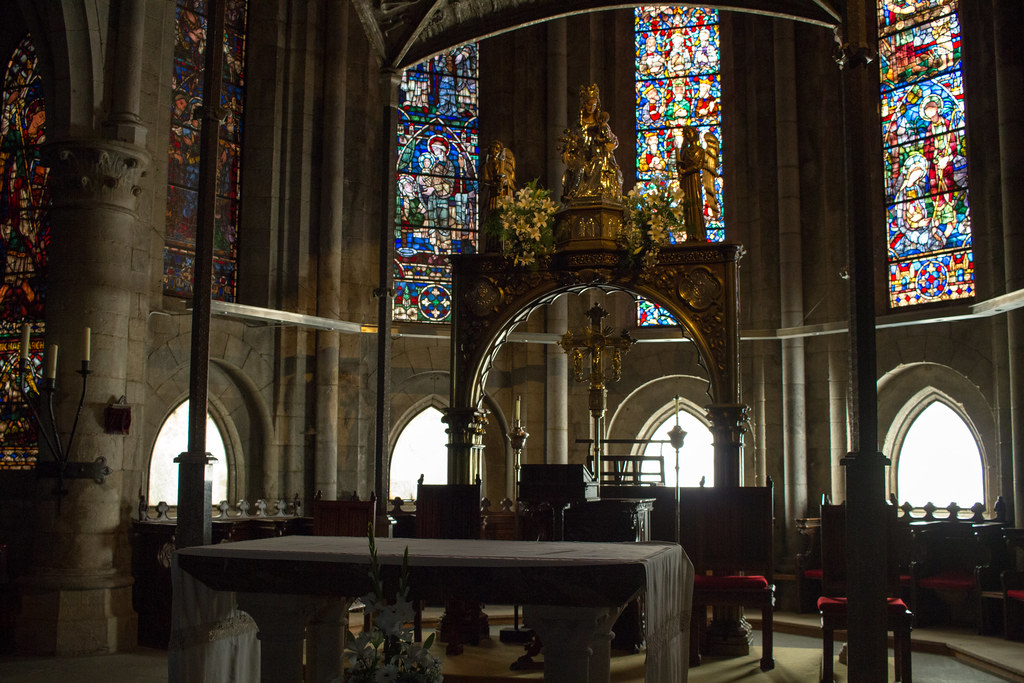 The first stop on the Spanish side of the pilgrimage route, a small town

We managed to clear « May Day », one of the biggest demons of GW travel, and it was May 2.

Roncesvalles is very famous as the first stop on the route from Santiago de Compostela, France, crossing the Pyrenees and entering the Spanish territory. As usual, I checked the location on Google Maps.

The name of the city, Roncesvalles, means « Valley of Rolland », and Rolland was a military commander under Karl the Great. This place is known as the place where the knight Roland was killed in the Battle of Roncesvalles (Battle of Ronsvaux), where Karl the Great was defeated in battle against the mountain Basques.

By the way, I’ve only played a little bit of the game, so I don’t know much about it, but I’ve heard from someone who likes the game that a certain character (Orlandu) in Final Fantasy Tactics comes from this Roran.

In addition, there is a monument to Roland at the Ibañeta Pass, a pass on the French-Spanish border in the Pyrenees.

Going back the pilgrimage route in reverse

Well, this visit to Roncesvalles was from Pamplona where we stayed the night before. This is the reverse route in terms of pilgrimage route.

I felt like I arrived earlier than expected. The parking space was along the main road. It was early morning so it was rattling. 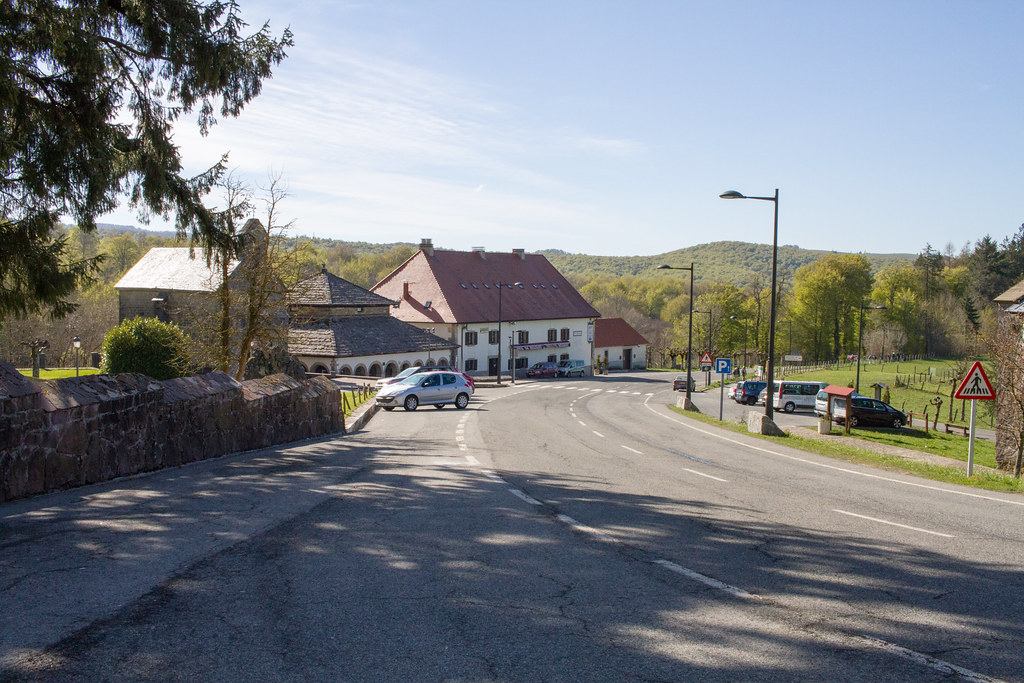 In addition, even though it was a fine day in early May, the altitude of Roncesvalles is over 900m, so it was very cold below 10 degrees at 9 am. I wore a sweater and a coat over it.

By the way, it is 790km from here to Santiago de Compostela.

I’m probably a little too used to traveling by car to think that it’s like that lol. Maybe it’s because I know almost all the way. But it sure looks hard to walk there. This blue sign is also a familiar sight.

Let’s start sightseeing, but there is not so much to see. There are about two small churches. One of them is this church, Santiago. I couldn’t go inside after all. 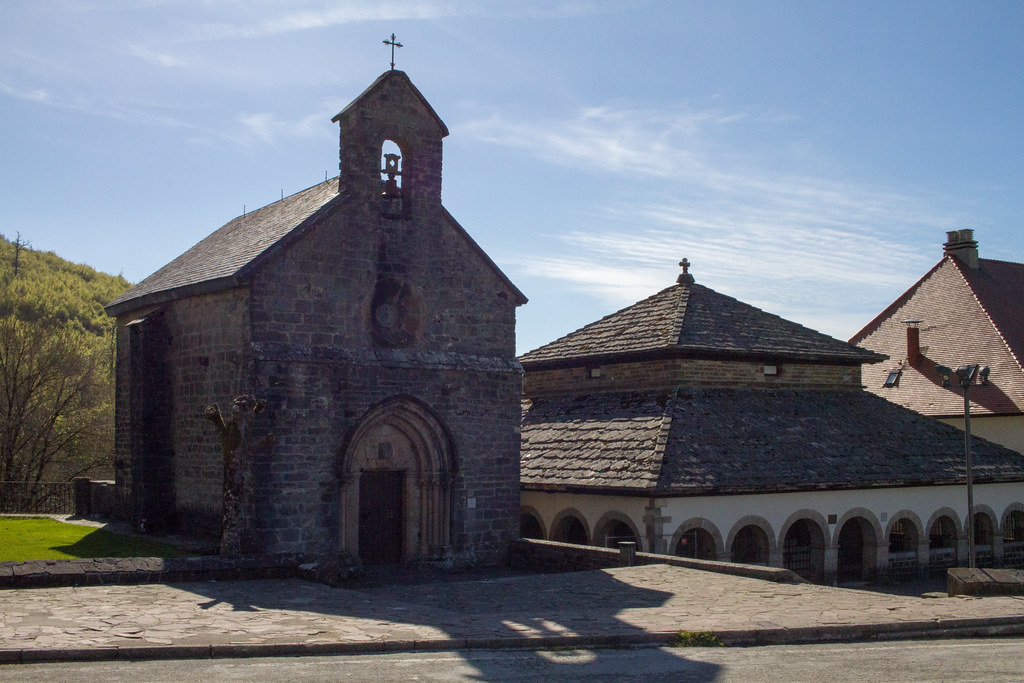 However, I think the best place to see is the cathedral in the monastery (which seems to be used as accommodation). 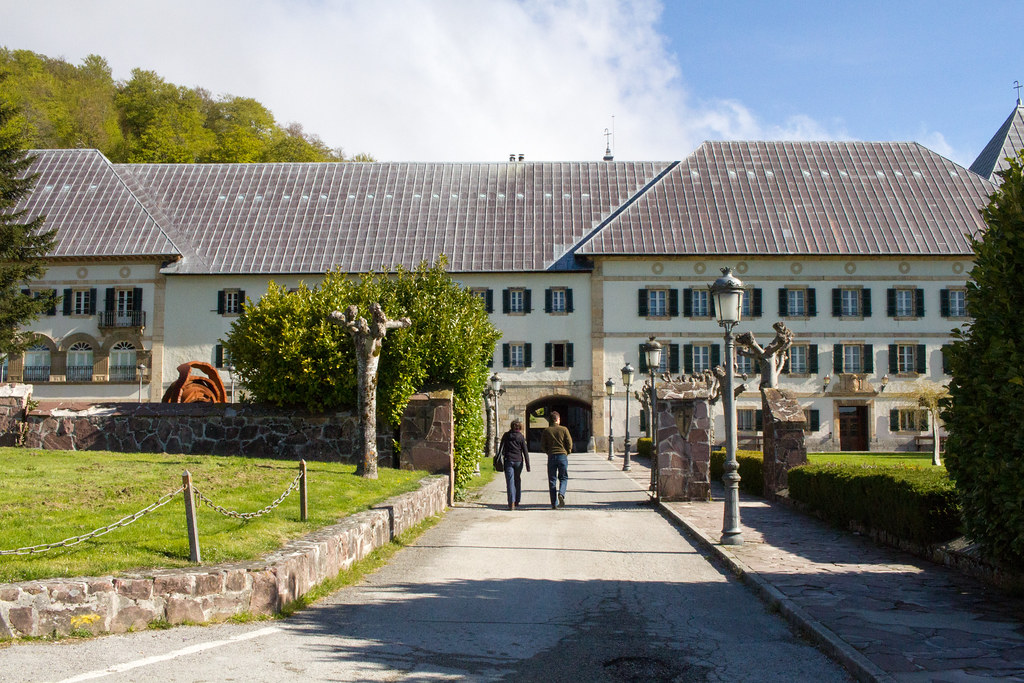 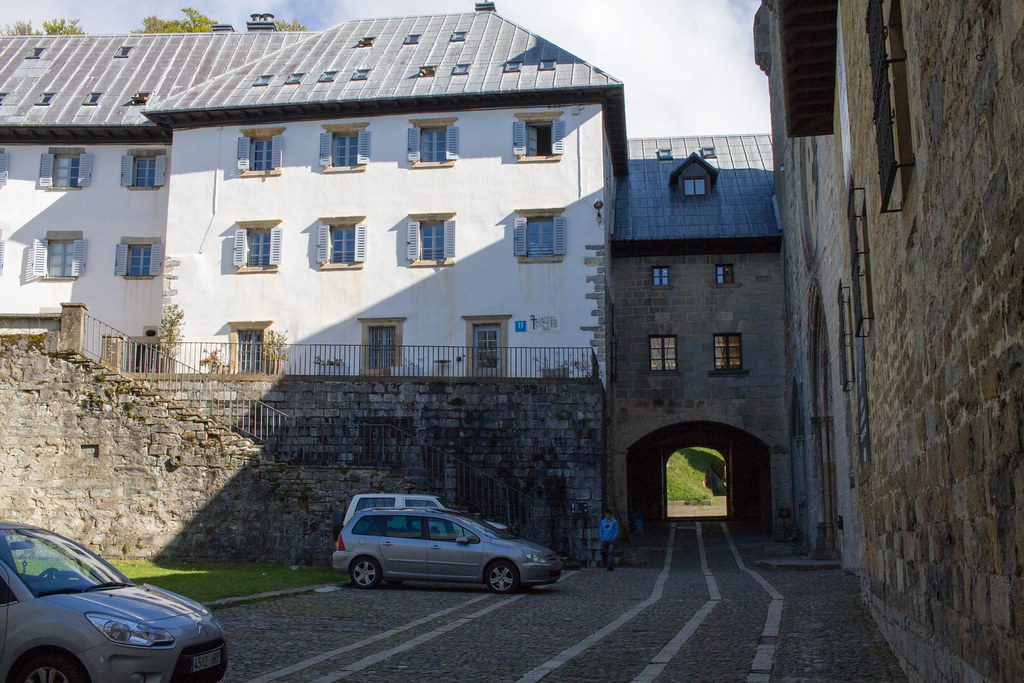 In the early morning, the cathedral was quiet and very holy. 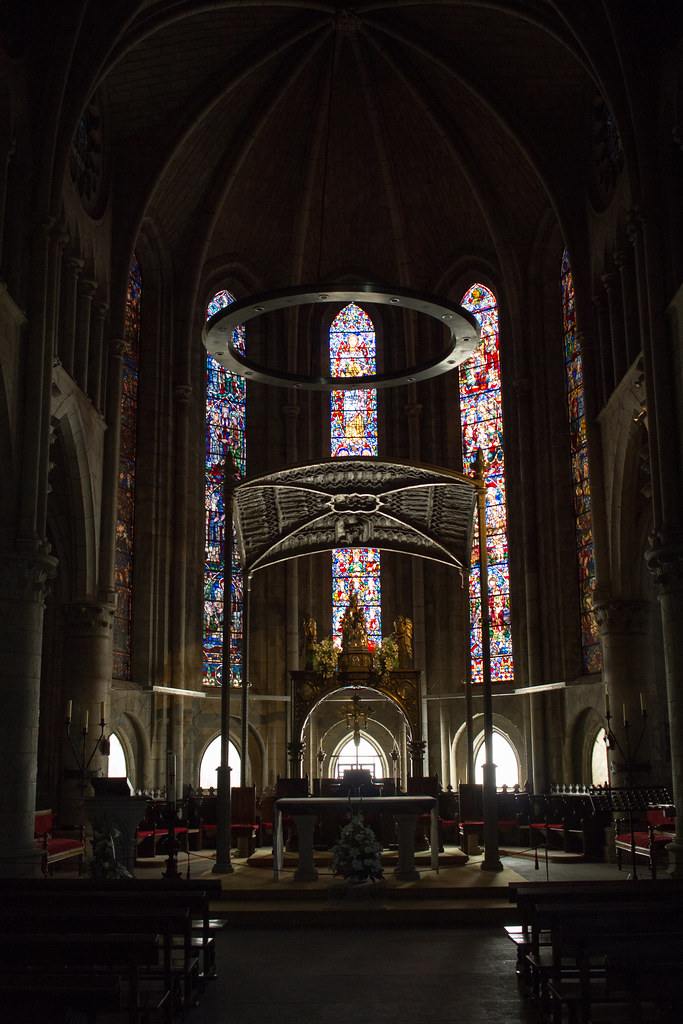 Although this town is very small, it must have developed since the Middle Ages as an important base for pilgrimage routes, and all the facilities and buildings are magnificent. 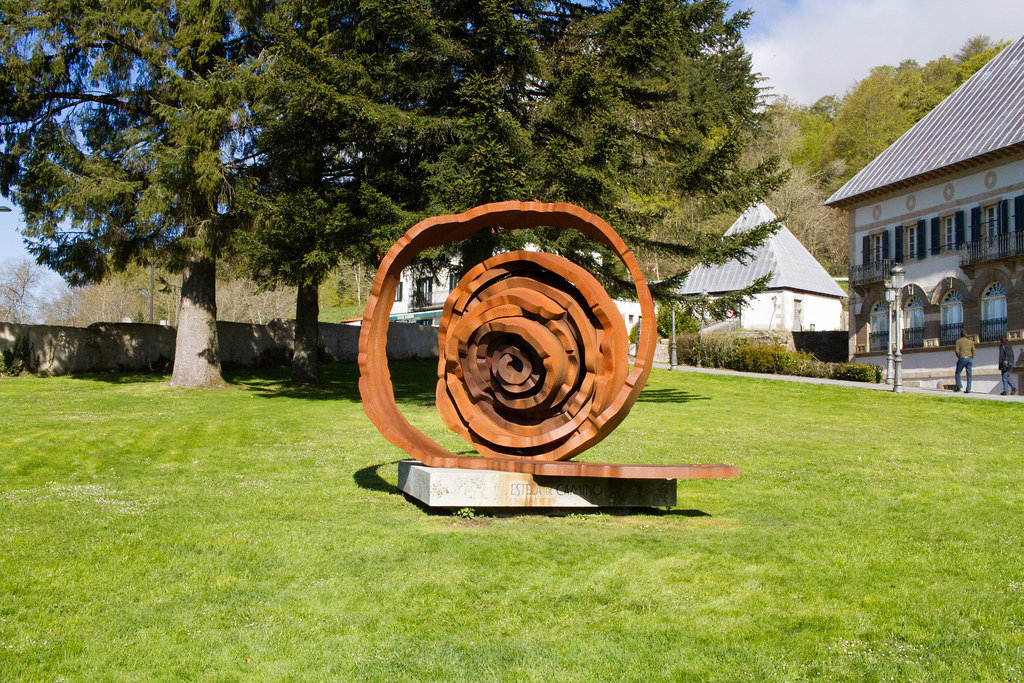 It was still early in the morning, but I guess it will be crowded with pilgrims as noon comes. But this is the end of our sightseeing.

You have to walk the pilgrimage route to get a real feel for it.

By the way, if you want to go over the Pyrenees by car, the road between Saint-Jean-Pied-de-Port and Roncesvalles is not so steep and the altitude is not so high (about 1,300m), so you can go over the pass in no time by car.

It was so quick that we even missed the Ibañeta Pass, where we wanted to stop for a bit. I gave up going back because it’s difficult to make a U-turn once you pass by. (You’ll see it someday…)

Note that the pass is on the Spanish side, and Spain continues for a while after the pass. After the pass, we saw many pilgrims walking on the side of the road (we took the opposite route). Probably they are the ones who left Saint-Jean-Pied-de-Port, the base of the French side, in the early morning.

After this, I’d like to introduce the French Basque Country, but in fact, I’ve already introduced it as the most beautiful village in France, so next time I’d like to make it a compilation. (To be continued)

Walking along the canal to the Mariinsky Theatre – 2010 Russia No.13

World Heritage Site: 3 castles, defences and ramparts in the old town of Bellinzona: Switzerland and France Travelogue No. 6, September 2017