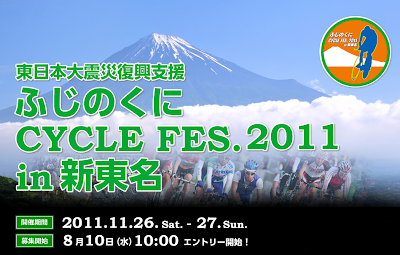 I will be participating in an event called

This event is a plan to ride bicycles along the section of the New Tomei Expressway, which is scheduled to open in 2012 and has already been completed in eastern and central Shizuoka Prefecture.

It’s also the reason I started road biking this fall in the first place. I’ve been wanting to ride a bike for a while, but without this event, it may have been put off for a long time.

Well, I’m in the class called « Cycling with Mt. I don’t know if it’s called a class. As the name suggests, it’s just for fun. 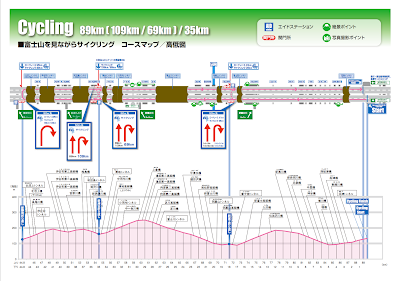 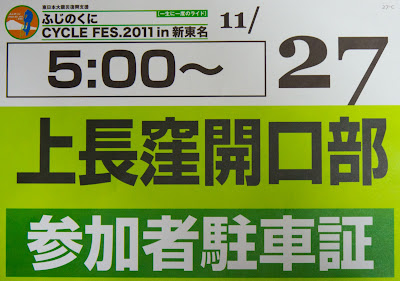 By the way, the starting point is very close to my parents’ house. Come to think of it, the construction of the New Tokyo-Nagoya Line has been going on since I was little.

So, the race is finally approaching. I’ve been training at home on the roller stand and going cycling with friends, so I’m getting used to the bike a little bit, but I’m not sure if I’ll be able to ride it all out.

The Road to Biking: An Introduction

Hmmm..., getting ready for a new hobby that starts in September. In the meantime, I've learned a lot of things, so I'll ...

Tokyo Cycling It was a beautiful day for cycling in Tokyo today!

It's been a while since I've been in a bike club. And great weather!How many times have I participated in this circle of...

The day between three consecutive holidays. It was wonderful weather.粒オケ自転車部「サジチャリウス」、徐々に定番になりつつある土曜日朝食会。本日は前々回行けなかったお台場...

As I have reported before, on the 27th, I participated in the Fuji-no-Kuni CYCLE FES. 2011 in Shin-Tomei "Cycling while ...

July 2016 – France « Impressionism and Gourmet Travel » Chapters 3-8: Watching the final stage of the Tour de France on the Champs Elysees in Paris

Visit Date: July 24, 2016Watching the tool for the first time was very powerful. But it was pretty expensive, even thoug...
Lourmarin – Tour of the most beautiful villages in France 2011 No.59 -★★★★☆
Flute Lesson No.53
Page d’accueil
09. Sports
タイトルとURLをコピーしました