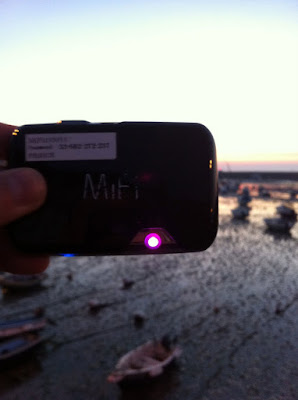 The environment for using the iPhone while traveling abroad has evolved at a dizzying pace over the past year or so. It’s about the situation, but this time I ran around from the city to the countryside, and the east, west, north and south of France, so I think I was able to do a certain amount of field research? I think I was able to do. So, I think I’ll review it.

My overall conclusion is.

Yes, there was no comparison (laughs) because even in the big city of Paris, the SFR is cut off in the middle. 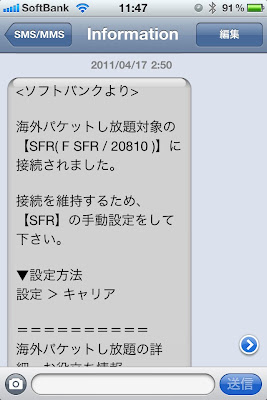 The difference in performance was amazing, even in the countryside. In fact, I thought MiFi was getting better at communicating than last year, even more so.

SFR 3G was indeed usable in Paris, Lyon and other major cities in the region, but in the countryside, it was not an exaggeration to say that it was completely useless if you left the city even for a moment.

By the way, to use the Internet, you need to use « 3G ». When I go to the countryside, I can see the indication of « E » or « ○ », but I don’t know well, but I couldn’t do any packet communication at that time.

The MiFi is such an overwhelming winner, but I still thought there was a difference depending on the area. I was able to use it more comfortably than expected in « Ile de France », « Normandy », « Brittany » and « Alsace, Lorraine and Champagne ». On the other hand, inland areas such as « Burgundy », « Rhône Alpes », « Limousin » and « Midi-Pyrenees » were conspicuously difficult to enter.

As you can see in the photo at the beginning of this article, I was able to use it comfortably when the « purple light » was on. Packet communication is possible even with « green light », but DL and UL of heavy data were not possible.

This may be the same in every country in Europe. So, I thought again that MiFi is indispensable if you go around France.

By the way, there is a good reason why I used the unlimited use of overseas packet when I have MiFi, but I think that I will explain it in another opportunity. Oh, yes, this kind of mail comes when I use it continuously for several days. 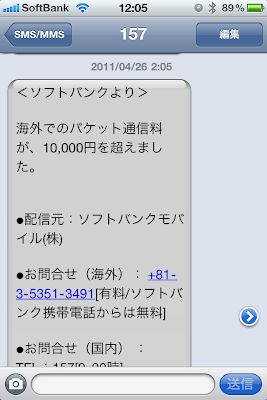 You’ve been kind to me!

What about European countries, near the borders? 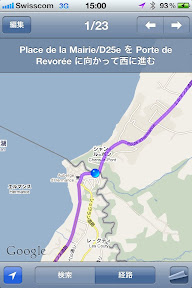 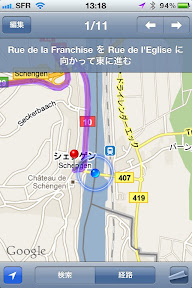 This time, although I said I was only in France, I ended up in five countries: Spain, Switzerland, Germany, Luxembourg and Belgium (laughs). 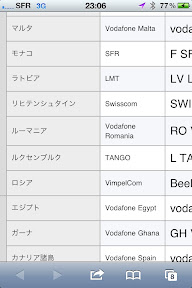 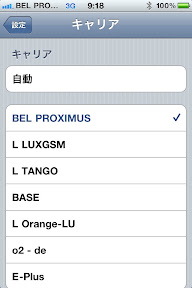 So I was wondering what carriers were available near the border. Well, it was like this.

In short, you can use both carriers near the border. Schengen was interesting because it is a city where the borders of three countries (Luxembourg, Germany and France) meet. On the way to Schengen, I was doing « Ima Koko Now » on my MiFi (laughs). 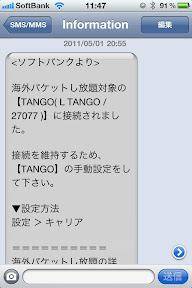 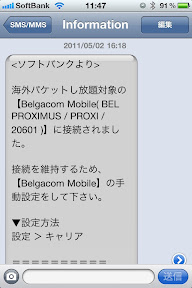 I also got a lot of mails like this. I visited Luxembourg in August last year, but at that time, there was no carrier that offered unlimited overseas packet service in Luxembourg. It seems to have expanded before I knew it.

By the way, I think « L TANGO » from Lux was rather well connected. On the other hand, the connection of BEL PROXIMUS in Belgium was not so good. But it was well connected near the Spa.

In any case, it’s still a bit expensive, but traveling with an iPhone is really convenient. It’s addictive!

The 9th starts in a beautiful village around the city of Fijack.I had been near Fijack three years ago when I did a tour...

ヨーロッパドライブを行う上でとても大事な要素の一つに、「宿泊場所にクルマが止められるかどうか」があります。If you are staying in a hotel in the suburbs, you don't have to wor...

We see a lot of World War I monuments in Europe.

The first thing to do the next day is to buy a ticket for the concert. It is walking distance from the hotel.At any rate...

いよいよ今月末に迫ってきた「フランスで最も美しい村巡り」。ということで、そろそろ計画を。いやいや、もうさんざん調べまくってるでしょー、まだ調査継続中ですが、そうではなくて早くも次の予定です。またこの８月に両親とドイツに行くことになります。ま...
Gerberoy – The most beautiful villages in France 2011 No.2 – ★★☆☆☆
Champagne has arrived from Reims!
Page d’accueil
2011 France
タイトルとURLをコピーしました