I participated in an event that I had hinted at when I was writing the « Brahms Piano Concerto No. 1 Trial Performance Event ».

The outline of the project is as follows.

This event is a trial performance of Brahms’ Piano Concerto No. 1.

Conductor: This is a project of Dr. Kotaro Fukuda (@FukutaKotaro).

The very first tweet was on Friday evening, January 20th. I think I probably saw it on TL when I was coming home from work.

I love this concerto, and I was also attracted by the beautiful foreign student who plays the piano. But to be honest, I don’t have confidence in myself to go to the performance after a short practice, so I decided to wait and see.

But by 10 a.m. the next morning, we were pretty much talking.

We had the dates, location details, and the hashtag appeared.

Some of them were acquaintances of the orchestra I belonged to, so I decided to join the concert even though I had no confidence to play Brahms in one day.

One rehearsal on the day of the show, and then the show goes on! 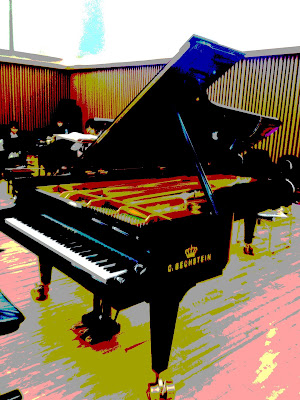 I was half-excited and half-anxious, but the day of the concert arrived before I knew it, and although we were supposed to start playing at 6:00 p.m., it was a weekday, so I arrived at the Suginami Public Hall at around 6:30 p.m.

But by this time, most of the band members were already there and rehearsal was going on as usual.

Hmm, you all have your work… There seemed to be a lot of students, though. But I guess that’s how much they were looking forward to it. Maybe I wasn’t motivated enough (laughs).

But, everyone is so good…. It was only one day, so they must have prepared accordingly, but they were still very good.

And the pianist, Ms. Yamaguchi, was fabulous! And she was just as beautiful as they say she is!

But I was on the opposite side of the stage (I was the second Vn), so I couldn’t see the soloist at all, which was very disappointing. I couldn’t hear much sound either….

The conductor, Mr. Fukuda, was very clear and easy to play. The tempo of the rehearsal was also very good. I think they practiced very efficiently in the short time they had.

So it was a wonderful experience to be able to perform so wonderfully in such a short time, and to be there with you. I am very grateful to everyone involved in this project. Thank you very much.

It was a lot of fun, but the time was so short that I felt it was a waste of time because it was over before I knew what was going on. I was also a little disappointed that I couldn’t interact with many people from the same part. Well, I guess it can’t be helped…

Of course, we joined the launch after the event. 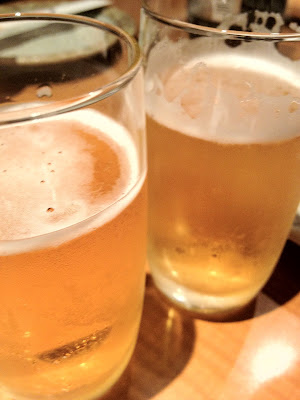 It was also over very quickly, but I was able to talk with Mr. Fukuda and had a great time.

Prelude to the sudden establishment of the project

So, this project was such a great success. But how could so many people come together in such a short time to make such a good performance by the orchestra?

I think one of the reasons is that it was a concerto that I don’t play very often.

Actually, Mr. Fukuda, I started to follow up with people involved in amateur orchestra little by little around last fall.

I thought it was an interesting idea to post the highlight video on YouTube and send the DVD to those who are interested in the whole story.

So, I thought it would be interesting to use this kind of social media as a conductor, and naturally I decided to follow you.

So, I think it was this groundwork that made this project work.

By the way, according to our conductor, Mr. Fukuda…

That’s what he said. The rest were people who directly saw Mr. Fukuda’s tweet, people who saw his RT, or people who were introduced or invited by people who announced their participation.

It is truly an example of very effective web marketing and social media marketing.

The Amaoke cluster is a surprisingly small world, isn’t it?

This is where the Twitter connection comes in, and it’s going to accelerate the connection.

One thing that I found interesting this time was that I knew more people than anyone else in the group, but only about 30% of them actually knew me, including my twitter ID.

I think we can say that another new expansion different from the grain orchestra was born. This was also an event that foreshadowed an accelerated connection.

The current state of the world economy, especially the European financial crisis triggered by the Greek debt problem, has naturally had some impact on the activities of classical music.

Even in Japan, the city of Osaka is talking about stopping support for professional orchestras, so I don’t think we can be optimistic about this industry, regardless of whether it’s in Japan or overseas.

But on the other hand, the demand from amateur players continues to grow. Otherwise, even in this age of social media, we wouldn’t be able to attract players so quickly.

Of course, they’re « core, steady classical fans », and I’m not sure you can’t make good use of them.

In the first place, this kind of classical music industry is based on personal connections. When you start something new, it’s hard to get started without making full use of your connections and experience. The power of social media to shake off those barriers to some extent is great.

For someone like me who hasn’t been in orchestra for that long, it’s impossible to connect with professional musicians as long as you live a normal life. But with the power of social media, it’s so easy to connect.

I recently had the pleasure of attending such a meeting.Your stuff is delicious and tasty.By the way, our family made th...

How are you all doing for Christmas? I'm going to perform here. It's Christmas Eve, but it doesn't have any Christmas-li...

We performed at the 1st Regular Concert of Orchestra Valse!

The cover of the member`s own sheet music is amazing!At the launch. Yuyu's Blitz Live! Performing her hit songs live!Now...

I heard Mahler in Shizuoka!This is a very rare music topic in this blog (laughs)Last Saturday, I went to a concert by th...

（出所：）When I finished my meal, I walked to the hall "Halle aux Grains" again.Before the show. A lot of guests have gather...

Off to Sendai Part 1: I went to the concert of the Sendai New Philharmonic Orchestra!

This weekend, I went to Sendai by car. It was a long drive after a long time and it was a very exciting trip.So, I'm goi...
I’m having trouble using Read it Later – Can it replace Reader2Twitter?
Flute Lesson No.59
Page d’accueil
05. Music
タイトルとURLをコピーしました