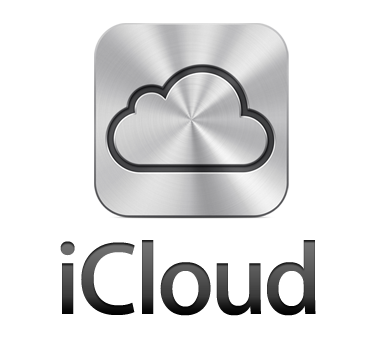 It’s been a little over two weeks since iOS5 was released. I think that the highlight of this iOS5 is definitely « iCloud », but to be honest, don’t you feel that it’s not easy to understand what you appreciate?

It’s certainly revolutionary to be able to back up your iPhone via WiFI, and it’s great that it backs up when it’s connected to a power source, locked, and connected to WiFi. 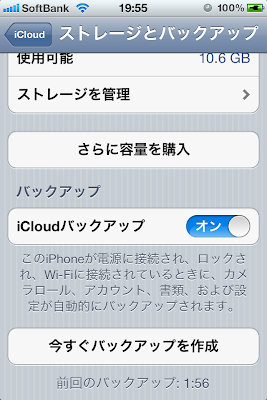 When you open it in iTunes, you’ll see this.

However, it might not be a big deal somehow. I feel like a lot of people think that way. At least I do.

It does indeed claim the following…. 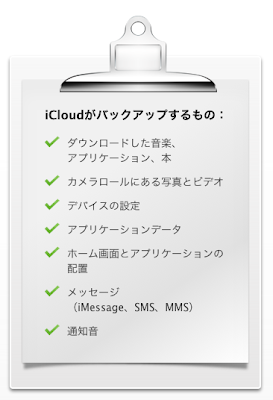 Well, such a case is common in Apple products, but if you open the related application, you might find out! So I tried a few things at random, and… well, I’m slowly realizing how good it is.

Hmm? Maybe I’m imagining it, or maybe I’m mistaken… Anyway, it’s going to be very long, but I’d like to write down what I understand in my own way.

I feel like this is probably the first step in realizing the usefulness of iCloud.

iCloud
Sign in to iCloud to access your photos, videos, documents, notes, contacts, and more. Use your Apple ID or create a new account to start using Apple services. 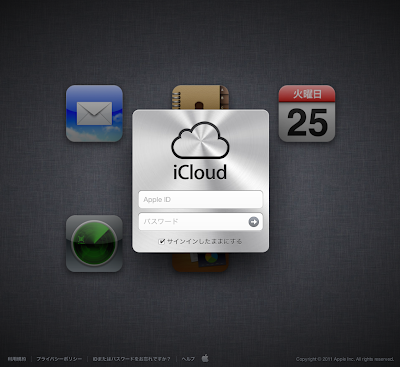 For starters, you’ll see an icon familiar to iOS users. 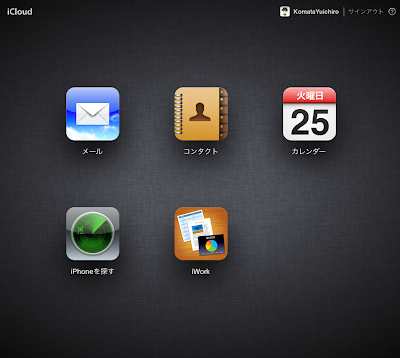 Let’s take a look at what’s inside in a little more detail.

For example, you already know your email, right? When you registered for iCloud, you got an address of « me.com » domain. You can view that mail through a web browser. I haven’t been able to use it much yet, but it’s like this. 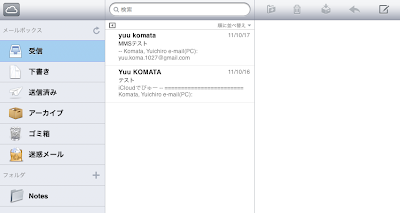 Of course, in the backup of iPhone, the mail to the « i.softbank.jp » domain is also saved, but about the mail of the me.com domain, because it is possible to save it in iCloud, if it is an iOS device, it means that it is possible to synchronize naturally without special settings.

Well, this is a common story. gmail is the same.

That said, just seeing this in a web browser somehow made me feel more familiar with Apple’s cloud.

They’ll look for Macs as well as iPhones.

I’m going to go next. find my iPhone has been around for a long time, since mobile me, but for Mac, since iOS5? 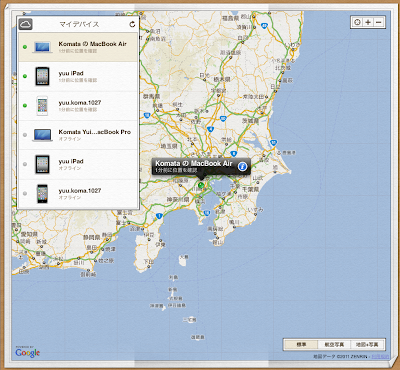 The point is that you can find it from your web browser.

Yes, via icloud.com. So, you don’t need to have the app in your iOS device all the way. Well, it’s better not to lose it as much as possible, but you might be able to use it in case of emergency.

iWork; After all, iWork is the essence of iCloud! But… 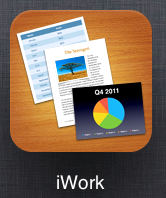 Well, that’s why. Honestly, I wanted to say, « You should have done it sooner! »

This is because, until now, even though iWork can be used quite well with iPad and iPhone, the synchronization with Mac, the exchange of files was not good.

Diary of a Past Self:.

However, I tried to synchronize with Mac, but it was troublesome. After all, I didn’t use it much after that.

But iCloud is the answer to all that! Or perhaps it’s better to say that we’re getting closer to it.

Let’s go into a little more detail below.

I think it’s perfect, at least for syncing between iOS devices.

Well, please update to iOS5 for now, and also update the target app, and then start it up again. 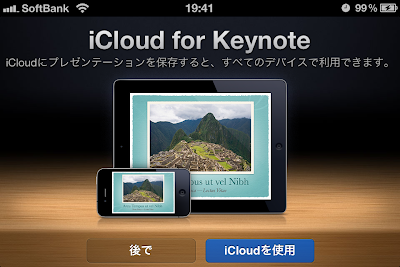 All you have to do is to select « Use iCloud ». If you do the same operation in other iOS devices, you can already sync easily.

iWork; save from your Mac to iCloud, then to your iOS device. It’s perfect too!

This can be done via iCloud.com, that is, through the browser on the Mac side.

Yes, just drag and drop the files and you’re done. 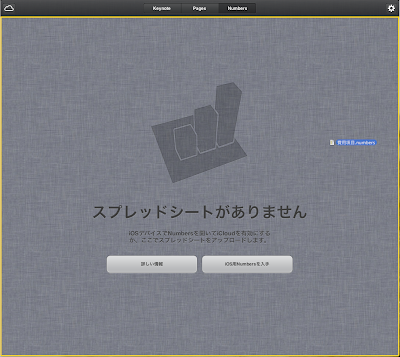 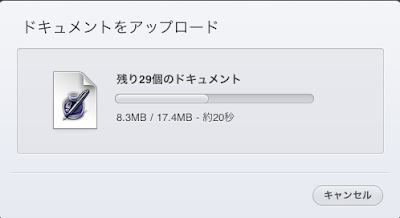 Now it will be uploaded on iCloud. 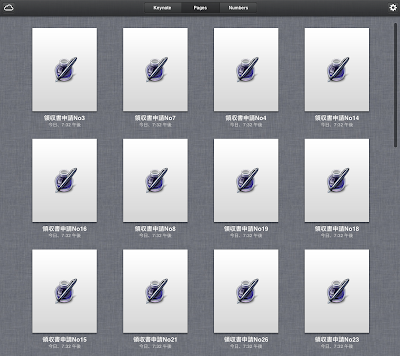 Naturally, you can sync on iOS devices, open and edit in the corresponding iWork app on that iOS. 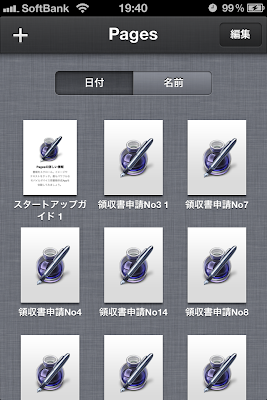 Yeah, this is great too!

iWork; If you edit a file on your Mac, you have to work on it locally and upload it to iCloud once to get it synced!

The use of iCloud in iWork that seems to be no problem at first glance. But actually, in order to synchronize the file edited on Mac with iCloud, I have to upload it to iCloud via icloud.com manually every time, it seems.

This has been the case with both iWork clients on the Mac.

I thought it would be possible to use it like Dropbox, so I was a bit disillusioned. It’s too bad.

Therefore, it is certainly not an exaggeration to say that the iCloud effect of iWork in iOS is wonderful, but why I could not do this including Mac, I want to expect improvement in the future.

Finally, let’s get back into the swing of things and talk about photography. This is the easiest one to understand. It’s also shown in the video on Apple’s site. 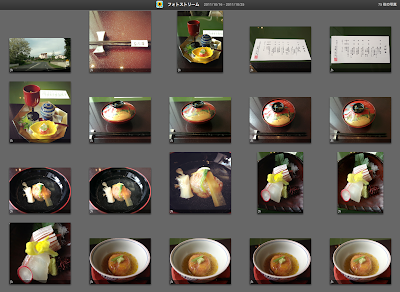 Then take a random photo with the iPhone you have!

Photo Stream: A surprisingly effective way to save a step when uploading photos taken with the iPhone to other photo storage

And my personal favorite, which is exactly what I used to upload the photos in this diary to Picasa. 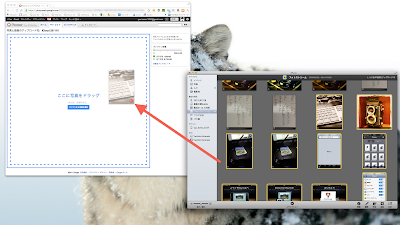 You can upload photos from your Photo Stream to Picasa by selecting them in iPhoto and dragging and dropping them onto Picasa’s site.

In short, I think that it is convenient to be able to drag & drop directly from iPhoto and to operate.

Until now, I’ve never been able to upload the photos I took with my iPhone to online photo storage.

In addition, the Photo Stream is regularly synced to iCloud via WiFi every day. In short, the time and effort to update it manually has been saved one. I felt that this influence was quite large. In fact, I felt that it was quite easy.

Photo Stream: In any case, « Sync automatically » is too convenient

This way of using photo streams is especially useful if, like me, you use external photo storage such as Flickr or Picasa for all your blog photos.

However, even if you don’t use it, you can say that it is very convenient that it is automatically uploaded and you can see the photos you took with iPhone at any time on different Mac or iOS devices.

In any case, iPhoto which I did not utilize so much, the opportunity to utilize it in the future seems to increase a lot.

Other contacts and calendars

There are still other features of iCloud. Contacts and Calendar sync.

However, in my case, the thing corresponding to this already utilizes it in the direction of Google, and because I synchronize it there, there seems to be nothing now to utilize it positively in iCloud.

However, I’ve found that these features work best in the cloud, so if you’re not using contact or calendar sync, I highly recommend it.

There are still many issues, but can we expect more in the future? iCloud

Therefore, I wrote what I studied about iCloud for a long time above. Naturally, there is also something that I do not understand yet, or I think that there is such a place that understanding is wrong, but I want to study it while using it little by little.

iCloud, there are still many issues such as e-books and music, but I hope that it will become more convenient in the future.

Traveling on foursquare -2012 France and Spain

As I announced before my departure, I got badges for Paris, Barcelona, and Madrid.foursquare citiesを通して感じた”foursquareページ...

iPhone 5s Gold Get it! at Softbank Omotesando

I also increased the memory of MacBook Pro (8GB)

Of course, Mac OS also has a dictionary function. Once I started using it, it was really useful.