Well, I haven’t been able to update for three days due to internet issues, but the trip is going well.

And now I’m writing this diary in a hotel in the suburbs of Aix-en-Provence. It is around here. 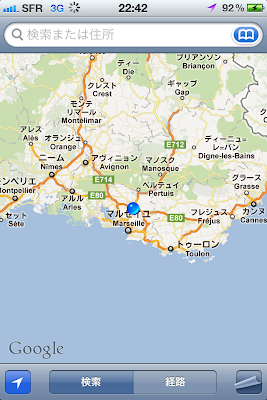 We left Grenoble early in the morning and spent the day visiting two beautiful villages close to the Italian border.

The first is La Grave. Both of them looked close on the map, but in fact it was quite a hard mountain road and it took more time than expected. Because Saint-Velain is a village located at 2000m above sea level.

To be honest, neither of them is that beautiful, but I thought I might not go again unless I had a chance like this, so I tried my best.

But still, on the move, the weather and the views were awesome! Yes, the chateau is already part of the scenery (laughs).

But…I heard that the road on the way was blocked because of snow, or rather, it was left as it was and could not be passed. I was surprised at this. 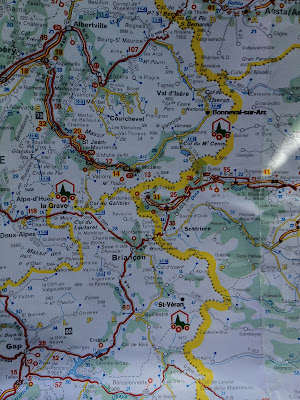 By the way, the town called Briançon which we passed many times on the way was very nice. I regretted a little that I could have taken my time to go there….

Perpignan and the train to Barcelona -2012 France and Spain

The Last Time, Hearing Another Orchestra ALAPHO in Naples, and Returning Home May 2014 Italy’s Most Beautiful Village Tour Local Report No.18

No.2 Karlovy Vary: 2008 Czech,Austria and Germany

The beautiful villages of Alsace – 2011 France Realtime No.16

The internet didn't work very well at the hotel in Nancy the night before, so this is an update from here in Clervo @ Lu...