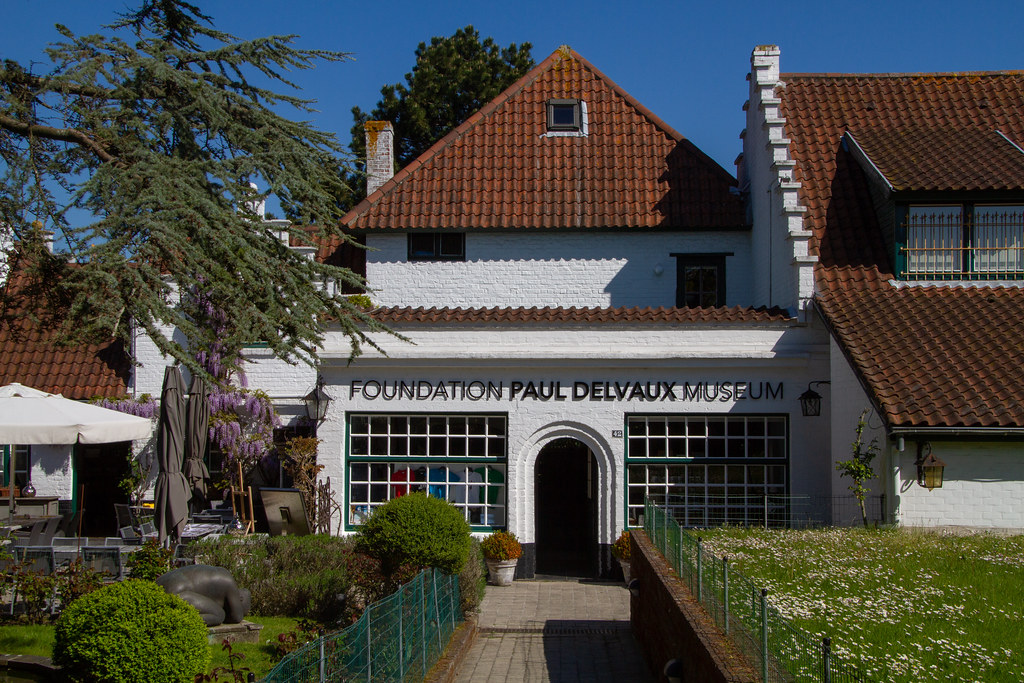 Although our stay was short, we had a great time visiting museums.

My interest in Europe began with art.

Indeed, the majority of my travels are in Europe. The origin of this is also in my childhood. One of the reasons why I have such a strong interest in Europe is because my parents made many business trips abroad, especially to Europe, and I naturally developed an interest in the region through such exchanges as buying me souvenirs, sending me postcards, and showing me photographs.

There are many kinds of European culture, but I think music and art are the most representative examples. In my case, my interest in art was particularly strong. This is the reason why I like to visit museums as much as possible when I travel.

The Delvaux Museum is located near the Belgium-France border.

The first museum I visited this time was the Musée du Fondation Delvaux, the museum of Paul Delvaux, one of Belgium’s leading Surrealists. The museum is located in an ordinary residential area in a small town called Saint-Idelbald in the southwest of Belgium, near the border with France. 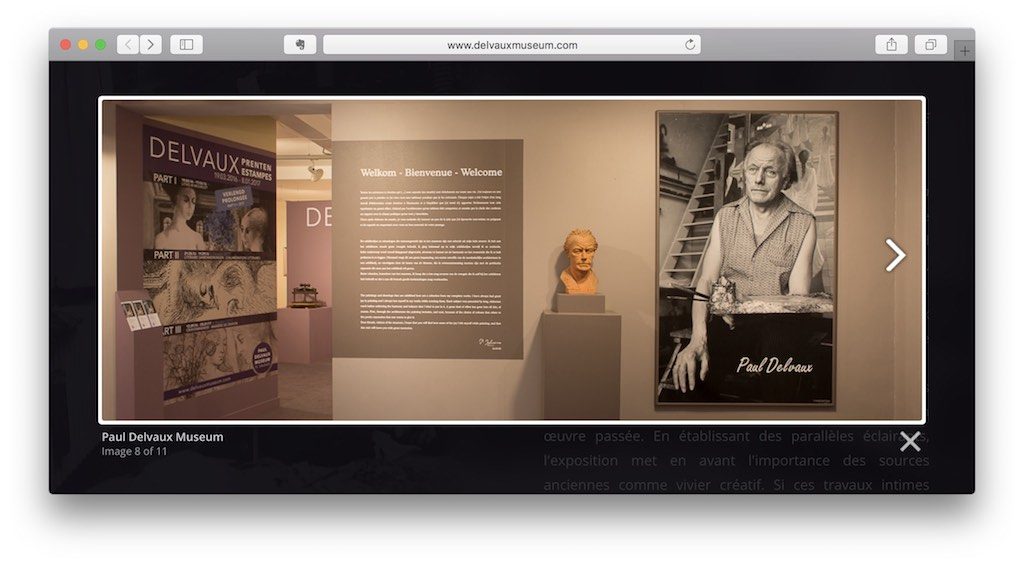 This is the only place in the world that holds more than 1,000 exhibitions of Delvaux’s work.

The area was so residential that I wondered if there really was a world-famous museum here, but I felt that such museums are not rare in France. 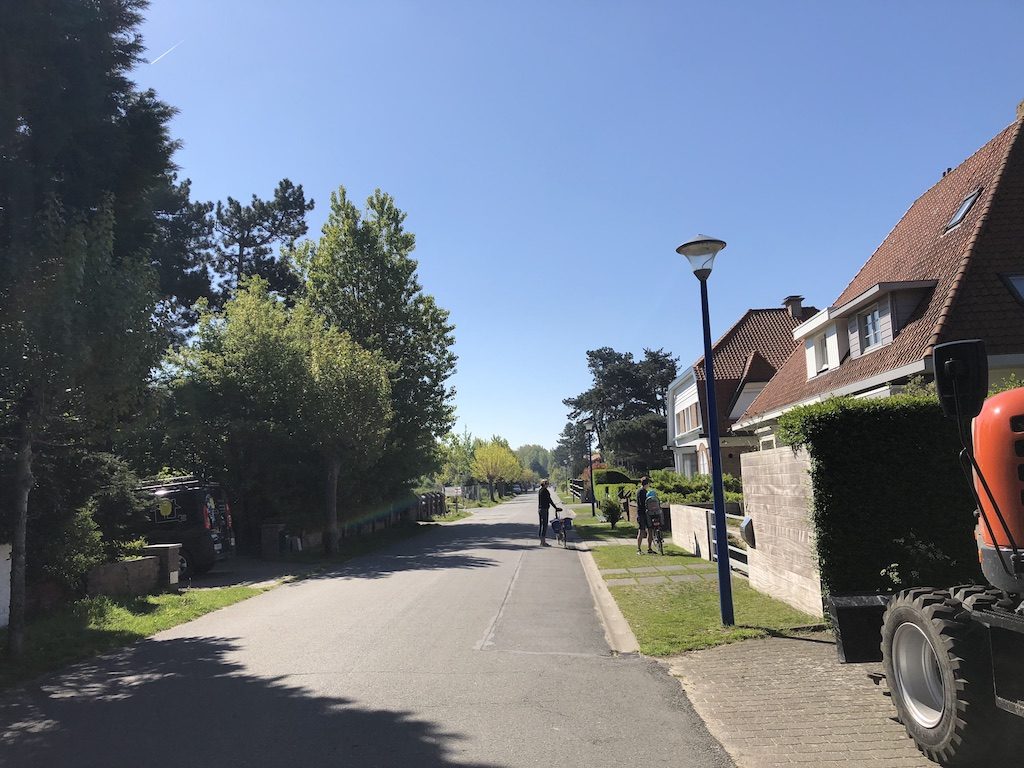 Apparently, there is a museum around the bend here. 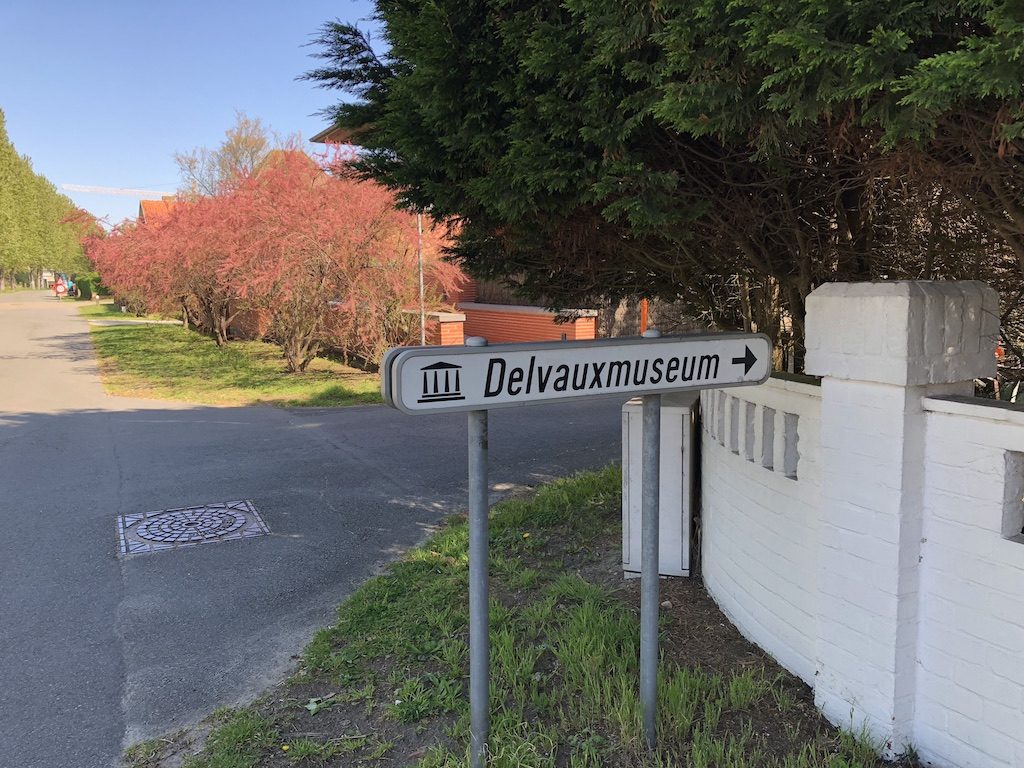 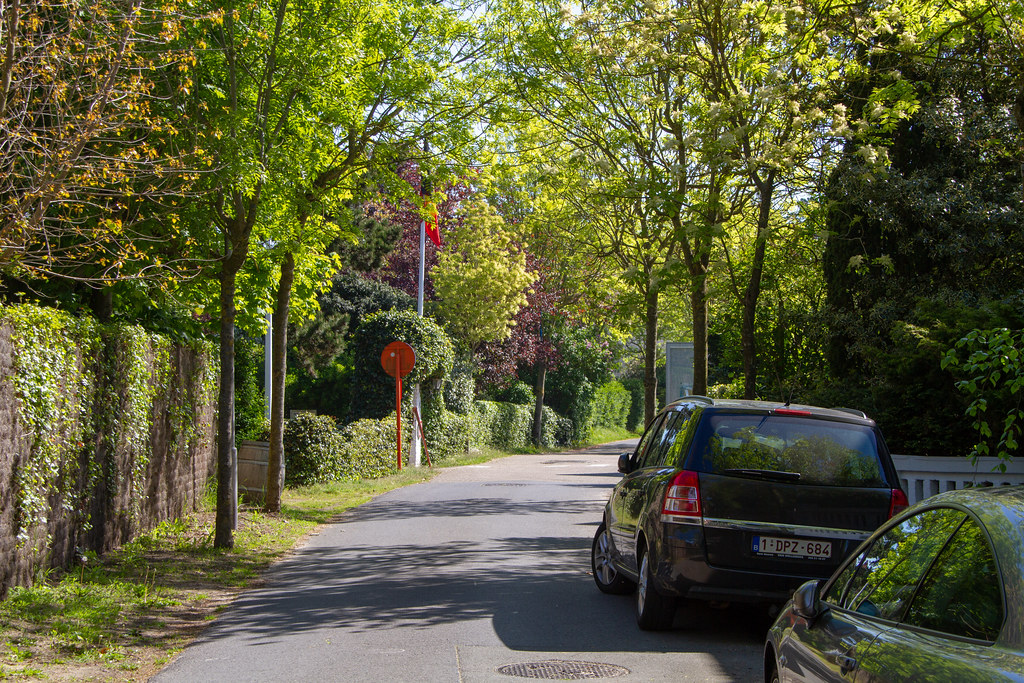 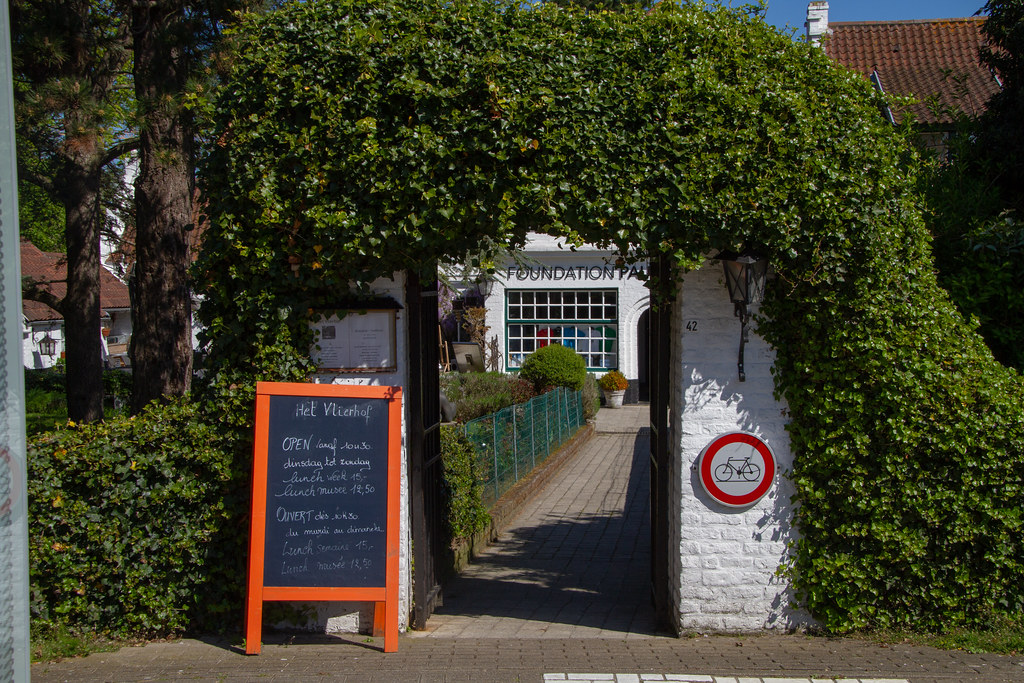 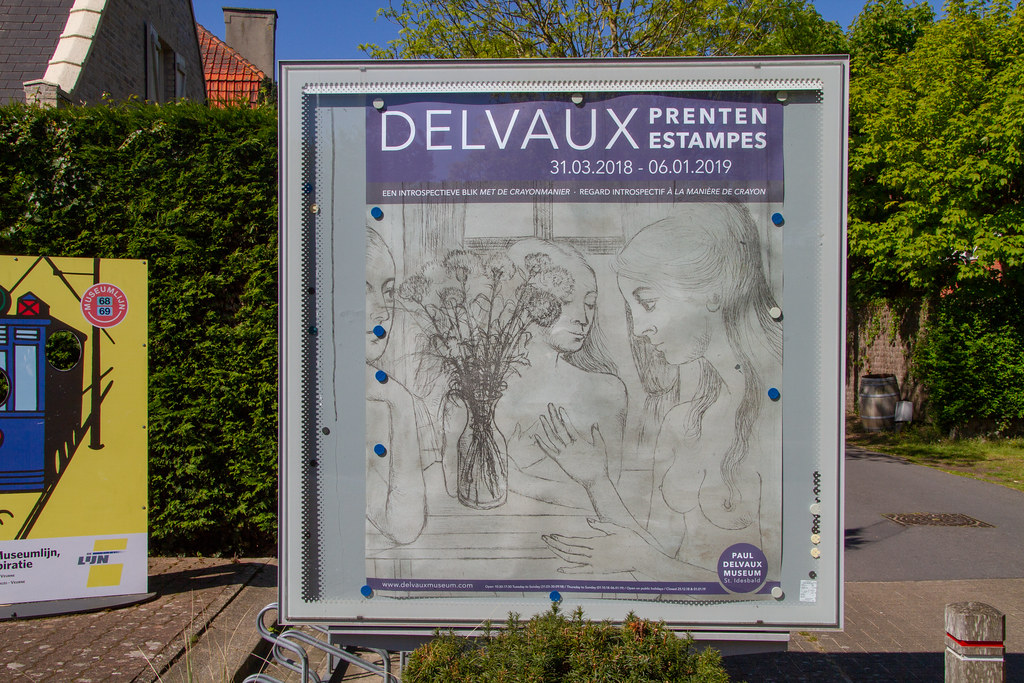 But nowadays, it’s really convenient. If you trust Google Maps for the time being and move around, you can almost certainly arrive at your destination. Indeed, the museum was located where the map showed.

No photography is allowed inside the museum, but the works are very extensive

We went into a beautiful house and there was an elderly lady at the reception. She spoke to me in English, but I told her, « I would like a brochure in French. When I told her that I was studying French, she looked very happy and said, « Well, I’m glad to hear it in French because all Japanese people speak English. But after that, he started to talk to me fluently, and to be honest, I had trouble understanding him. By the way, this is the pamphlet I got at that time. 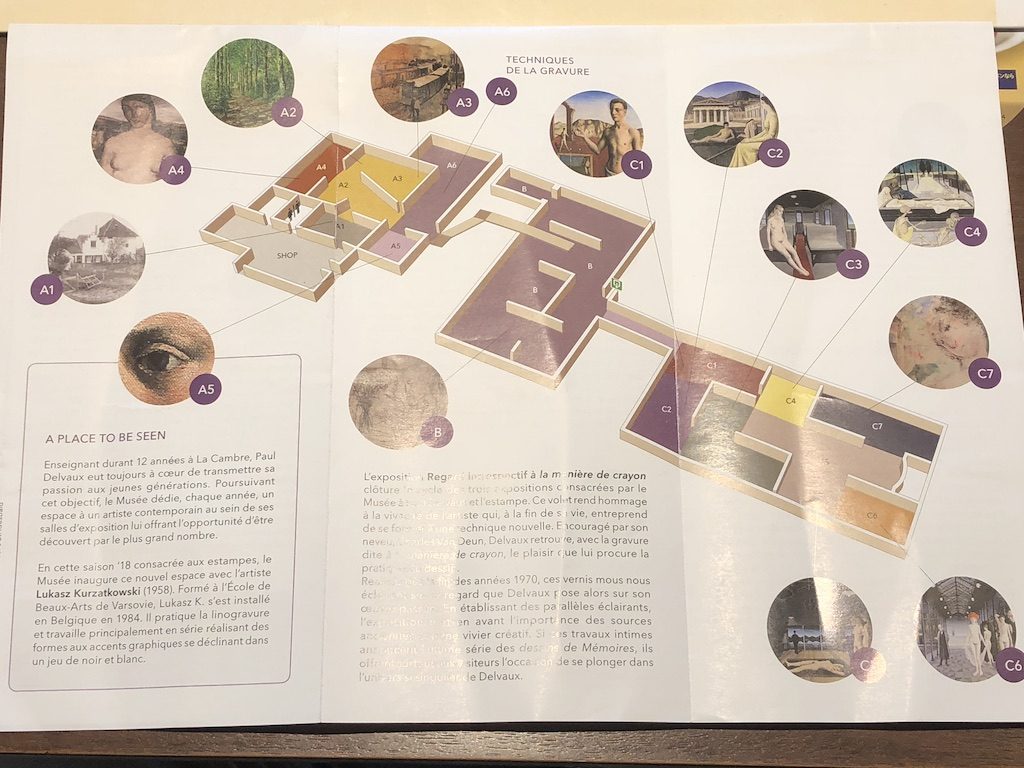 Here is a description of Delvaux, or rather my own understanding of him, while conveying the atmosphere of the museum. The following is my own summary of Delvaux, based on the following site and the above pamphlet I received there.

Saint Edelwald is located in a bright, sunny area facing the Atlantic Ocean, quite close to the French border. As a child, Delvaux used to spend the vacation season with his family in this area. For this reason, Delvaux was very fond of this area.

Against this background, in 1952, Delvaux built a small house and studio near a windmill in the town of Saint-Edelval, and in 1982, his nephew had the concrete idea to build a museum and bought an old hotel and restaurant, which became the Paul Delvaux Museum. s.

However, in his early years, his paintings were mainly realist paintings such as landscapes, and his works from this period can be seen in the Map A1 room. There is also a wealth of drawings and other works. This museum has a large collection of Delvaux’s works from each period, and the very good thing is that they are displayed in chronological order. 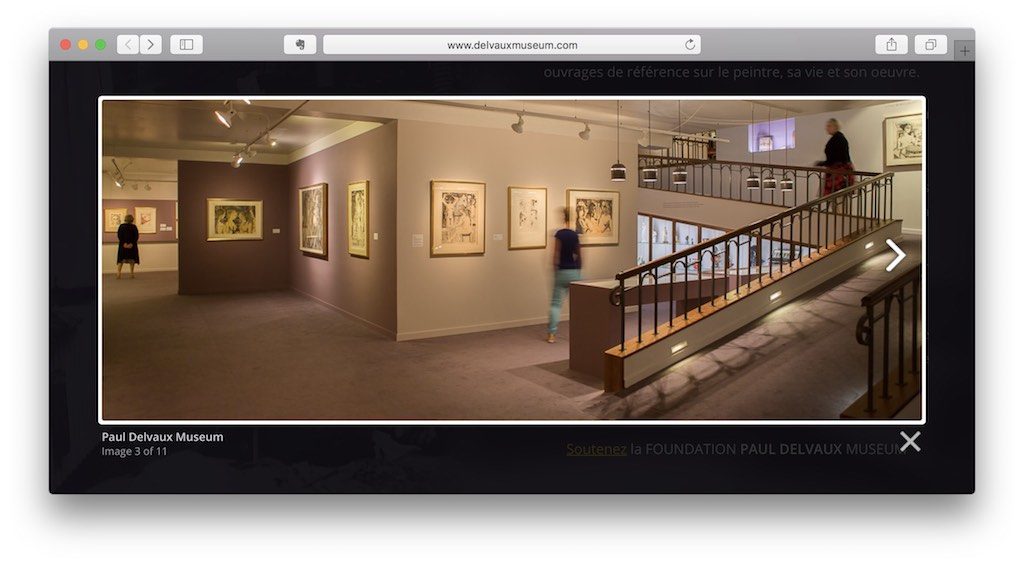 Now, when he was at art school, his teacher was a Symbolist painter, but he was rather impressed by Post-Impressionist and Expressionist paintings, especially by James Ensor. Later, in 1934, at the Minotore exhibition, which included works by Ernst, Dali, Magritte, and Chirico, he became committed to surrealism. 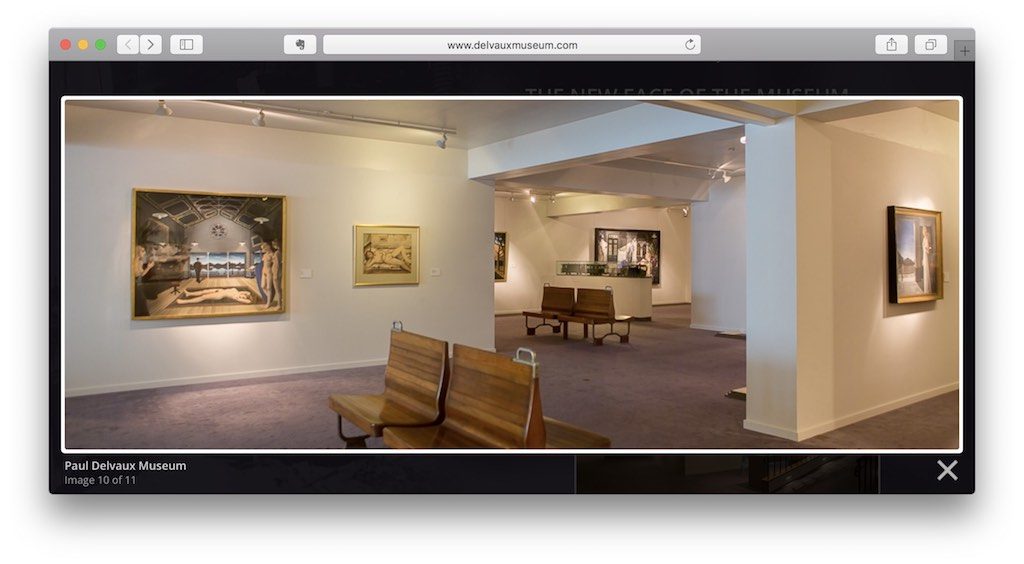 Delvaux was also famous for his love of trains. Indeed, motifs of train stations and trains often appear in Delvaux’s works. In this museum, many model trains that he had collected were also exhibited. They are displayed as shown in the photo below. I wonder if this is his own work. It was more impressive than I expected. 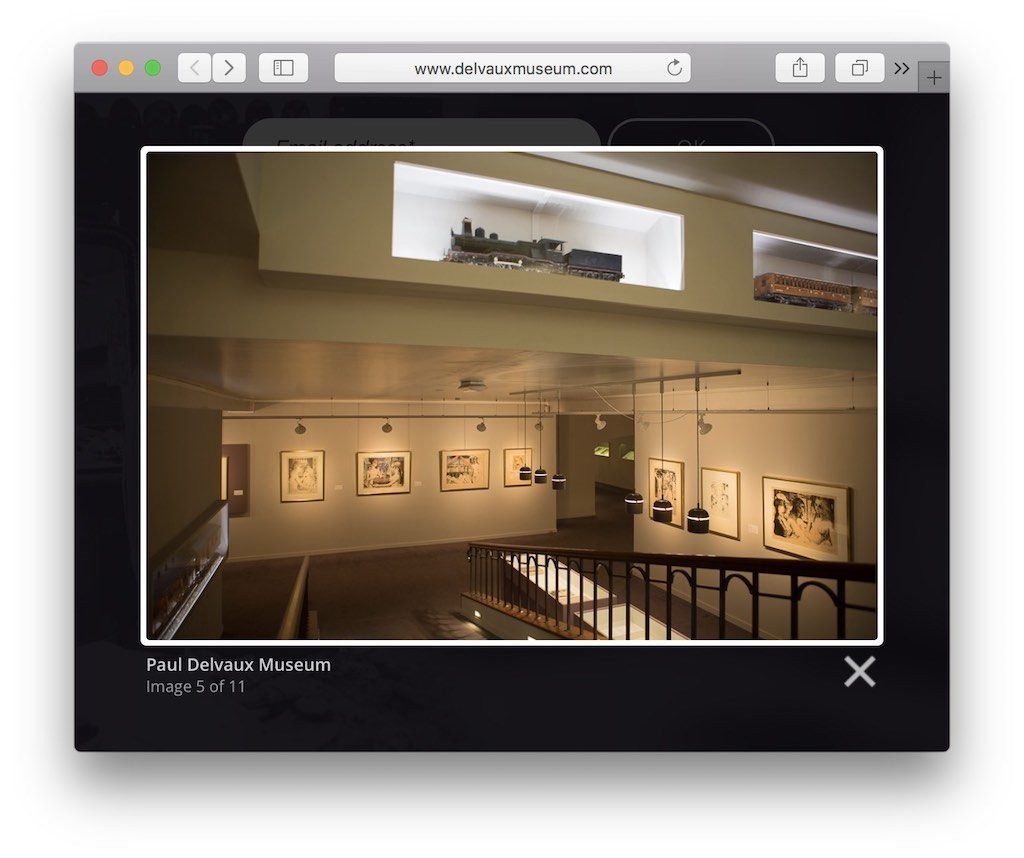 In addition, there was an exhibition of his belongings in the museum. Some of them, such as skeletal models, were used as motifs for his paintings.

Incidentally, many buildings from the ancient Greek and Roman eras appear in his works, which is attributed to the fact that he obtained a degree in Greek and Latin classics when he was young and also studied architecture. 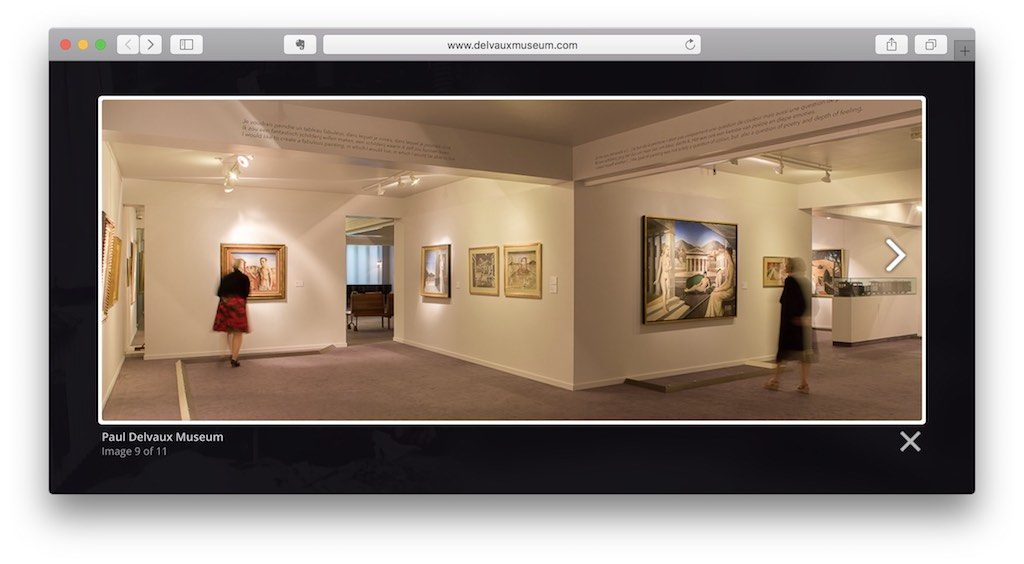 It's my Centrair debut!Now it's finally the morning of our departure.This time we are departing from Chubu International...

April 2017 Travel to Western Spain and Portugal Part 4: Other Places to Visit No. 5 – Aveiro

Astorga and Leon, Gaudi’s buildings outside Barcelona -2012 France and Spain

The main theme of this GW trip was a trip to the "Pilgrimage Route of Santiago de Compostela" in Spain, and I met very i...