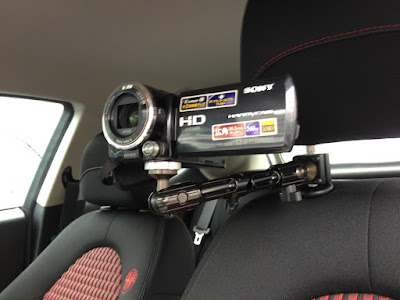 I made a new in-car camera mount.

It’s an iPad stand for the back seat, but I decided to buy it because it can also be used as a camera mount. 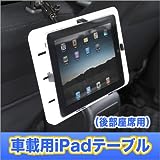 By the way, the type I used so far was this one. 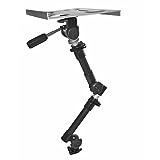 This one is more versatile, but the installation method is different for each car model. It takes a long time to install…. 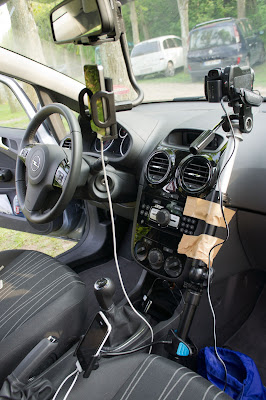 It took more than 20 minutes. It was really a lot of work to set up in the parking lot. I think people are wondering « What is that Japanese guy doing? I think they are suspicious of me.

In that respect, this mount took about 5 minutes to install today, but once you get used to it, you can finish the job in a few minutes, so this effect is very significant.

This new camera mount is easy to install, but it also has some drawbacks.

With this length, you can’t look at the LCD screen of the video while driving, and more importantly, the position of the camera is far from the windshield, so the dashboard and rearview mirror are inevitably reflected.

Because of this, the fixed position of the camera is inevitably closer to the passenger seat. I used to be able to fix the camera almost in the center of the car, but with this new mount, I can only get an off-center image.

Mainland Version No.6 The Road to Olympia Part 2: The Lion Antlion Bridge and the Peloponnese -2012 Greece No.22

A road trip to Olympia, lunch at 4pm, can we make it to Olympia before dusk!(Reviewing the itinerary)大きな地図で見るAfter anoth...

It's the end of March. Golden Week is just over a month away. Of course, I'm going on a trip to Europe again this year, ...

Ménerbes – Tour of the most beautiful villages in France 2011 No.53