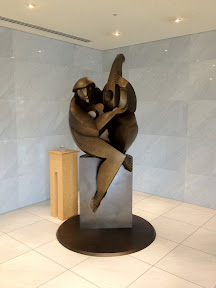 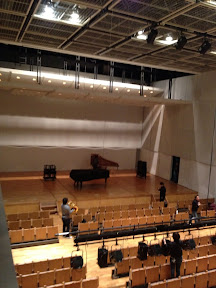 I’m a little late to write this, but last weekend, the ensemble concert by the volunteers of the orchestra, which was born by twitter, « Grainy! was held.

You’ve been announced on this blog before.

I played in two groups with my Vn. I’m not skilled enough to play a solo part in an ensemble, so I played in the back of the larger group.

The performance was serious, but both groups were kind of weird about their costumes. I wonder why.

The photo is smaller. 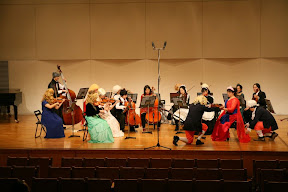 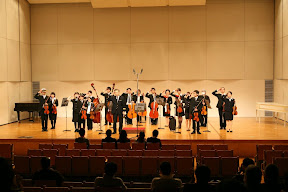 I think our performance as a group was quite good. I enjoyed the performance very much. But personally, I’d like to be able to play a little better, and I have a lot of things to reflect on. We lost a lot of souks (laughs).

And of course, as always, we are an organization that focuses on internet broadcasting. 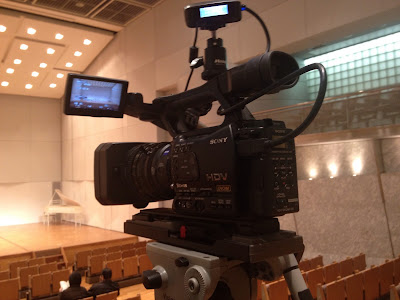 It’s amazing that this is privately owned. LiveShell came out late last year and made it possible to Ustream with a digital camera instead of a web camera.

It’s been possible to do this with a video capture device, but I wonder if the ability to distribute digital images directly is a breakthrough.

The evidence of this is that the relay images were reputed to be very beautiful. I might want one too.

And of course, after it was over, we launched. 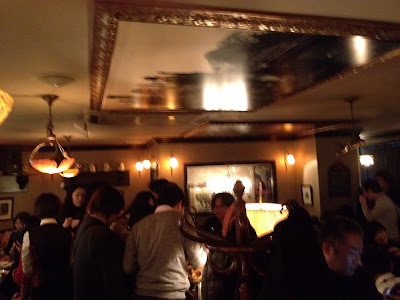 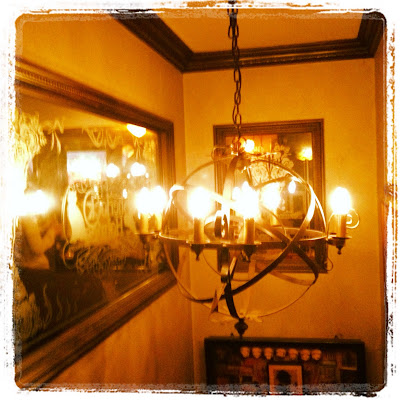 I enjoyed it very much. It was a very nice place.

Well, I realized once again that this type of concert is really fun. Above all, I think that everyone has gotten used to it.

And the management. Ensemble competitions can be surprisingly confusing, but there were no major problems. The students who ran the event must have worked very hard. Thank you very much for your hard work.

To tell you the truth, I was worried about whether it would be all right if we didn’t advertise the event at all, but rather than the management telling the participants what to do, we just did the bare minimum and left the rest to the discretion of each group. I thought that was rather good.

So what’s next, I wonder? In terms of grain orchestra.

In a way, I feel that 2012 will be a turning point for the orchestra.

It is no longer « an orchestra that exists in an imaginary administrative district on the Internet ».

This connection is unexpectedly long and strong because twitter has lasted longer than expected and is more popular than I thought, but it will be very interesting to see how this group progresses with the popularity of the twitter service.

However, no matter what happens to the group itself, I believe that the bonds and exchanges that were formed here will continue forever.

音楽好き、そして美味しい物お酒好きな、そんな仲良し10数人で大井町の「すし処 さいしょ」さんへ。The event was so popular that we had to split it into two sessions. Toda...

I recently had the pleasure of attending such a meeting.Your stuff is delicious and tasty.By the way, our family made th...

I participated in a one-day production of Gijin Oke #gijin325oke

I participated in a reckless project to combine Schumann's and Brahms' 2nd symphonies, respectively, in just one day.You...