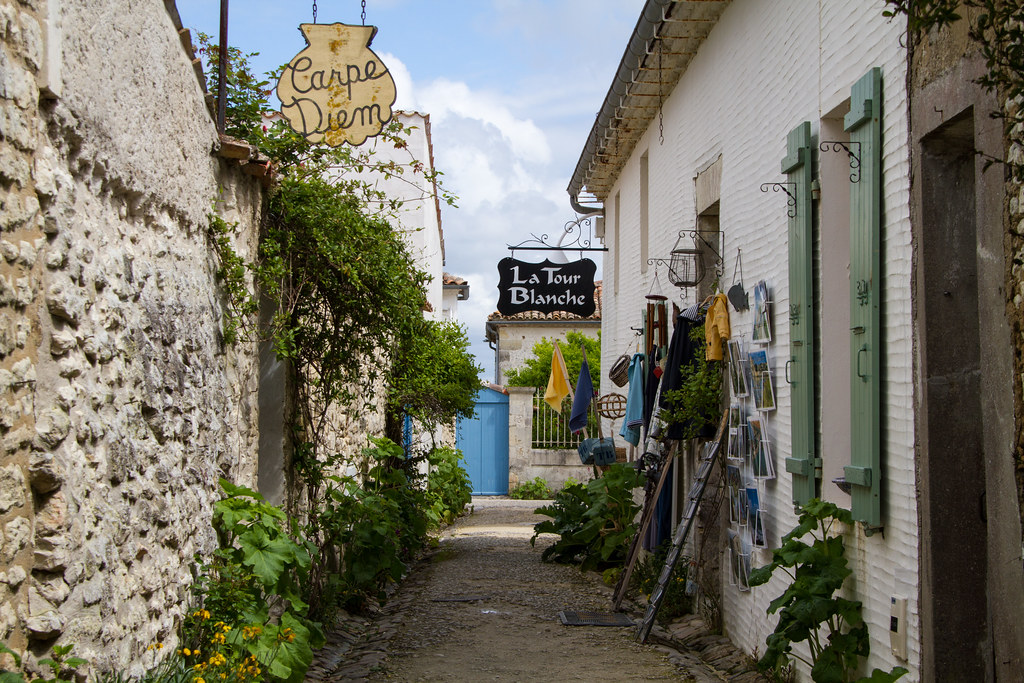 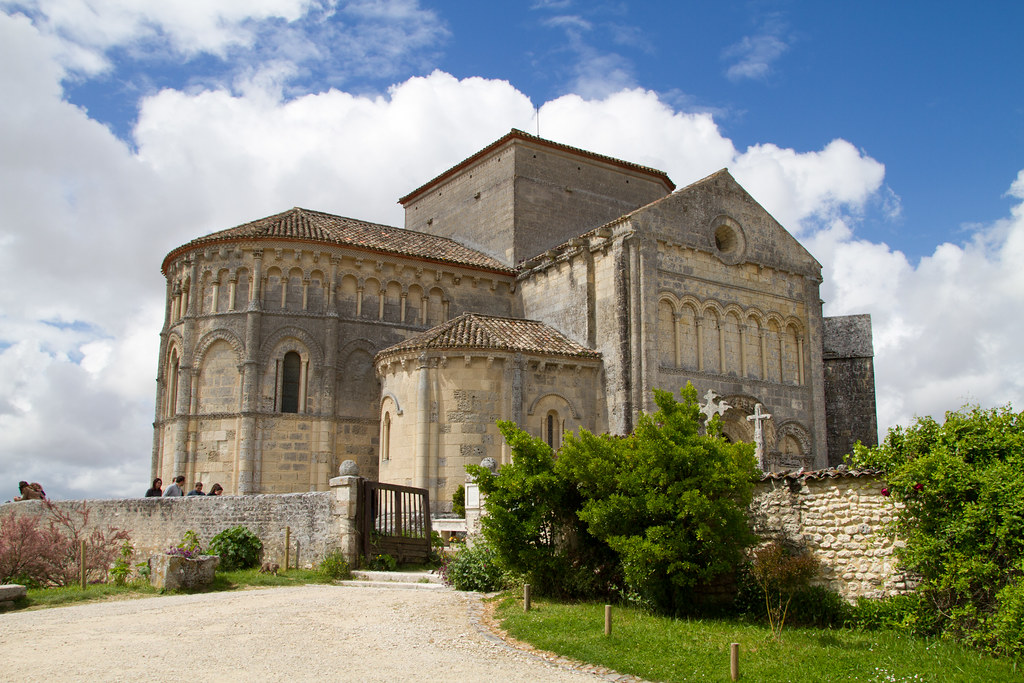 The second beautiful village along the Gironde River is Talmont-sur-Gironde. It is less than an hour away from Mornac.

Driving along the Gironde River, you can see this village with its characteristic Romanesque church from a few kilometers before you reach the village. 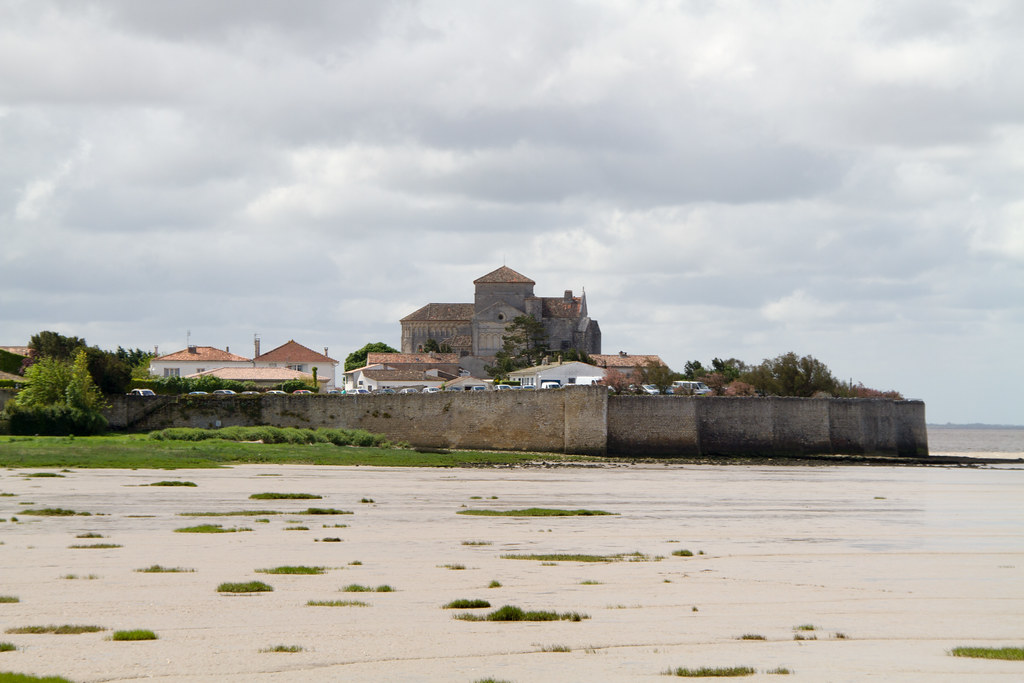 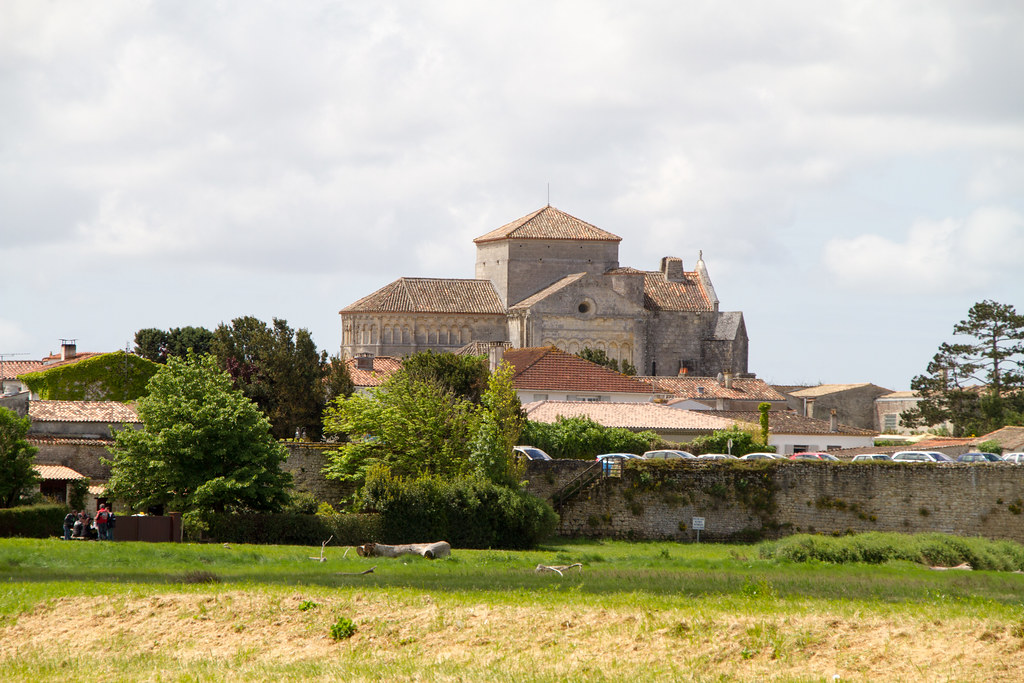 This village is very impressive with a huge parking lot. And quite a lot of cars, maybe it’s Sunday too, but it’s not so crowded as you would think in a beautiful village.

To begin with, this area is closely related to England during the Middle Ages. The history of the village can be traced back to pre-Roman times, but in the Middle Ages, King Edward I of England bought the land and built a fortress here.

The ramparts surrounding the village, which still remain today, were built during this medieval period.

Now we park the car and go to the village. Along the Gironde River, this is the scene at the entrance of the village. 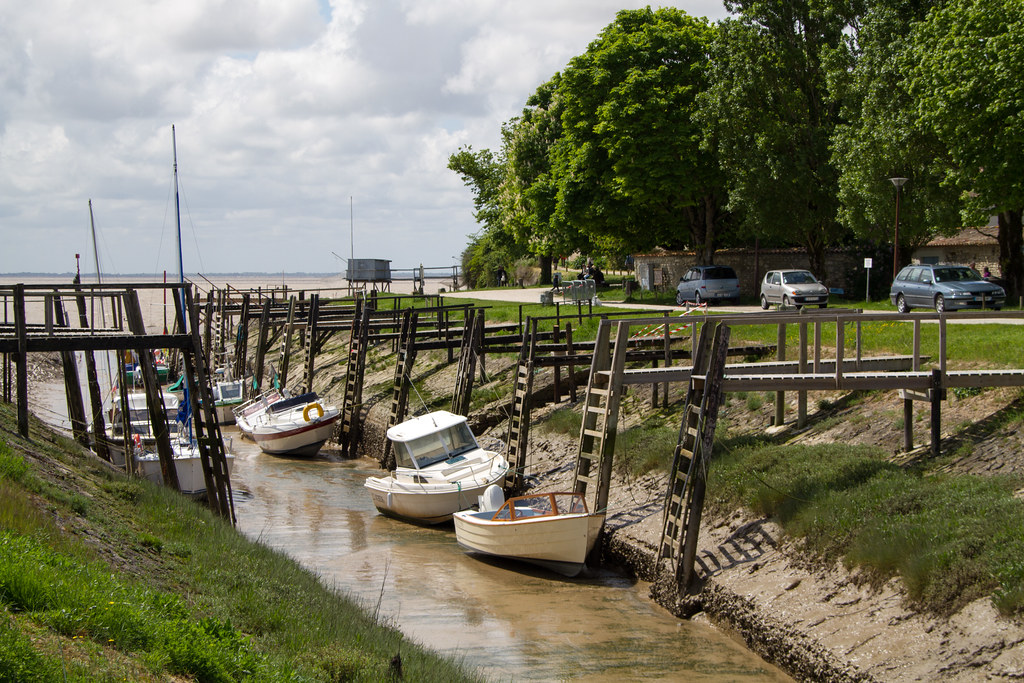 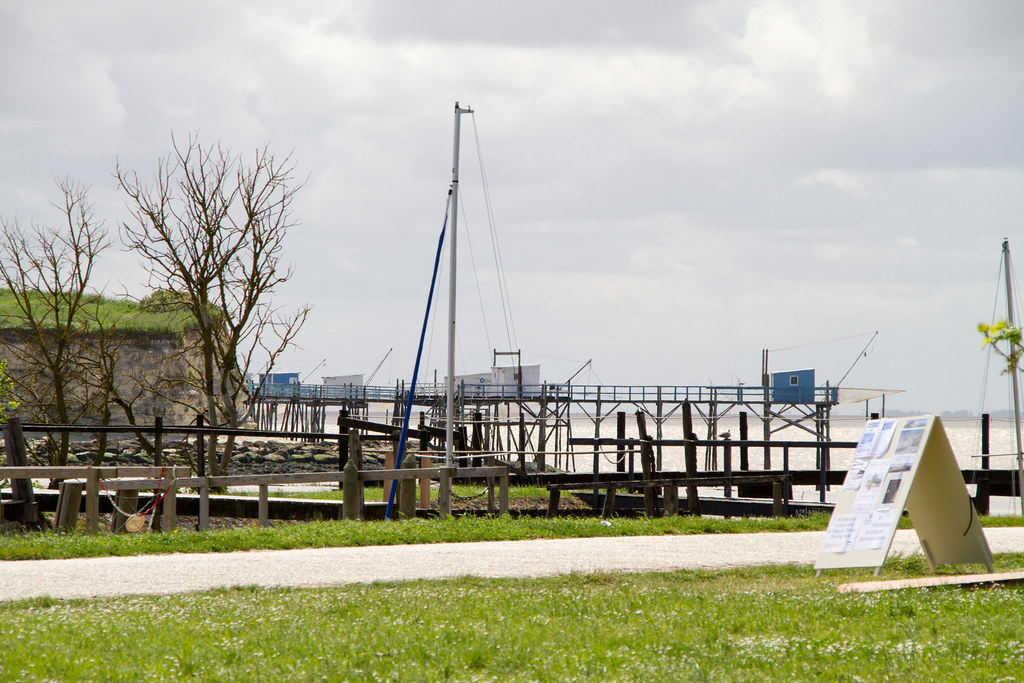 First, we went to the church which we could see from the car. By the way, the alleys in this village are very nice. 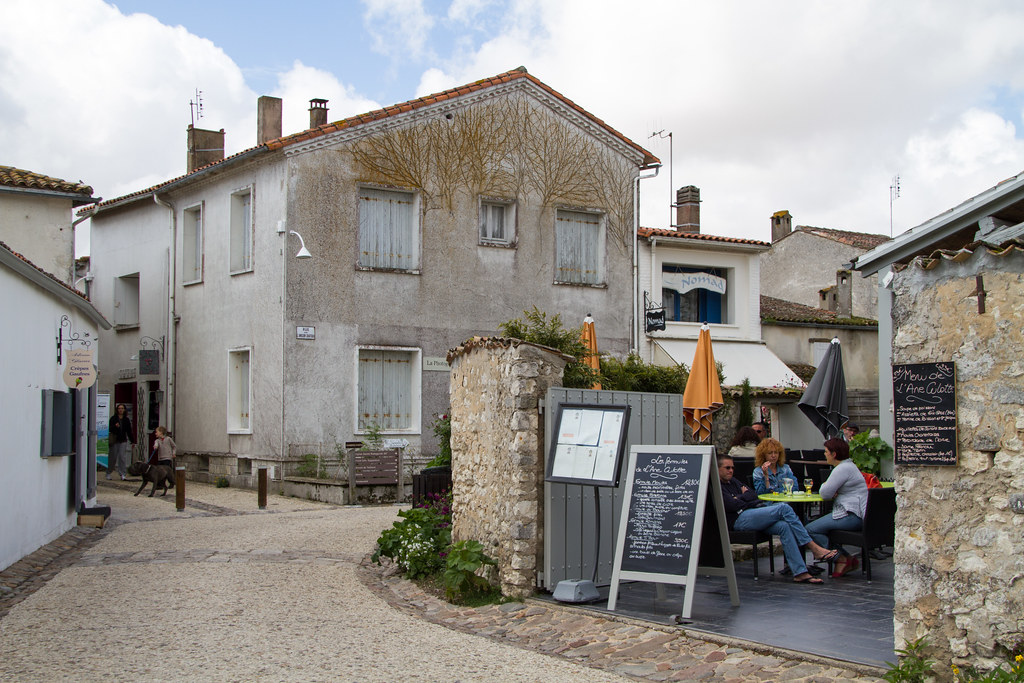 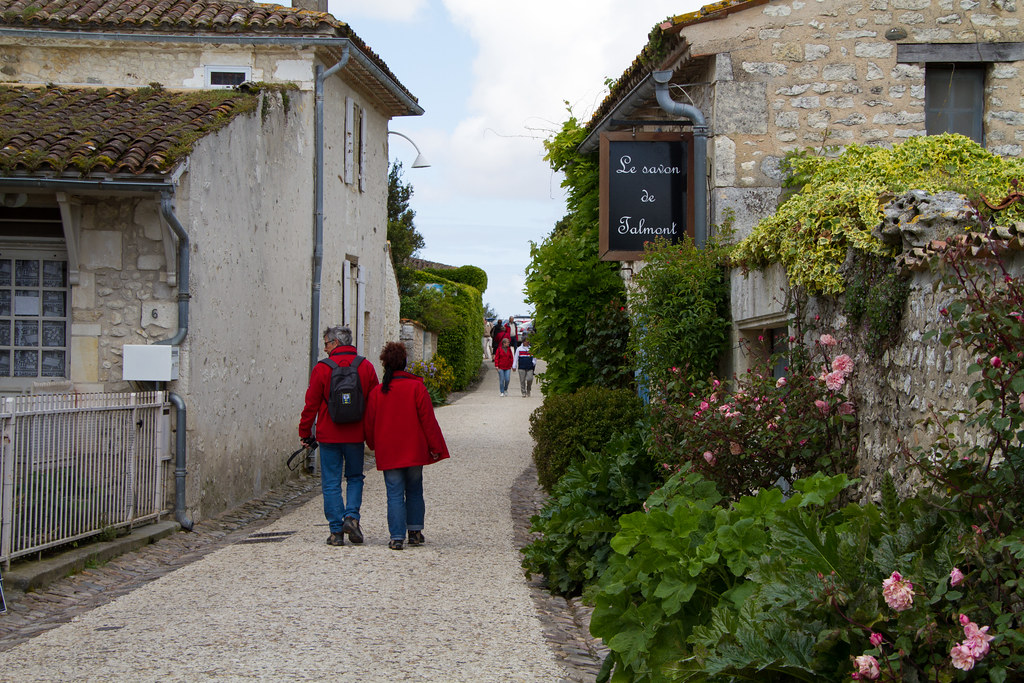 The alley on the way to the church, just strolling around and taking pictures. 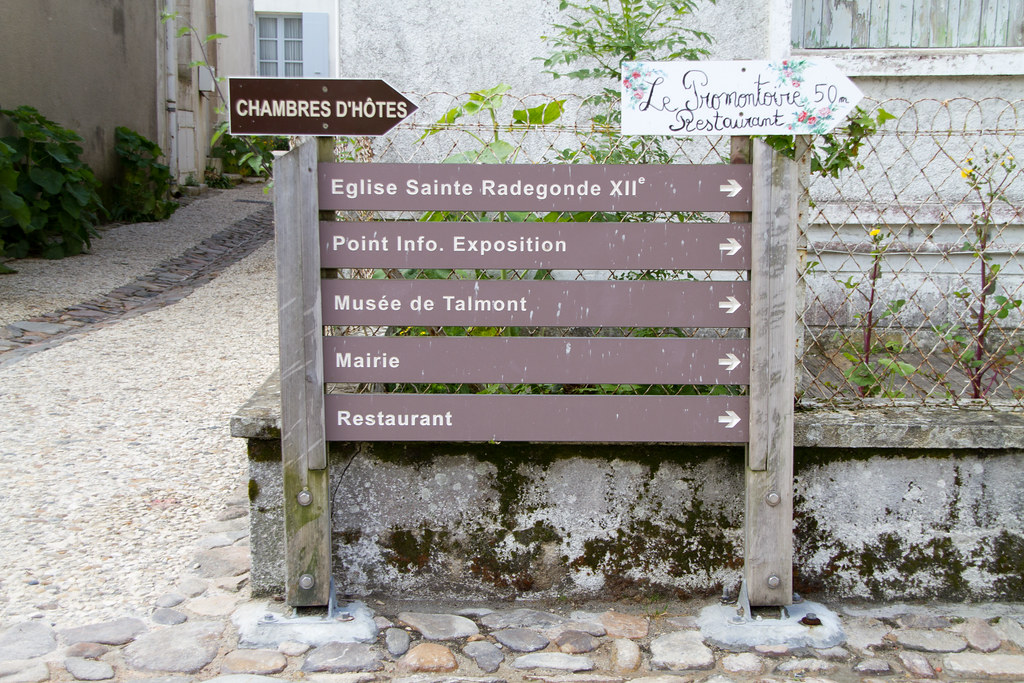 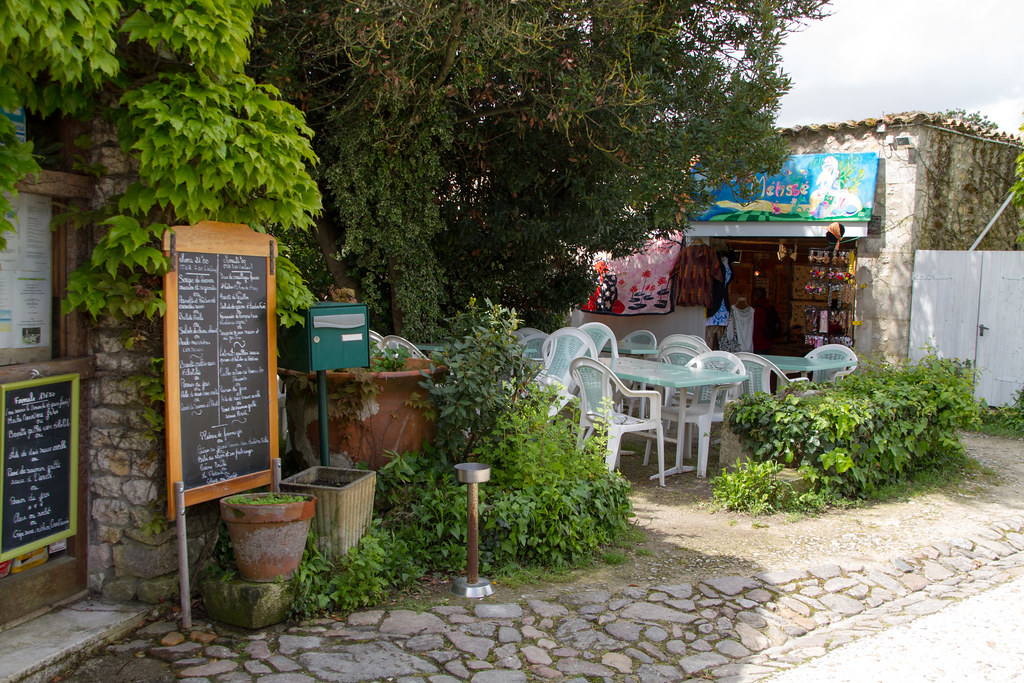 And I thought it was a famous tourist attraction in the area, full of small stalls and souvenir shops. 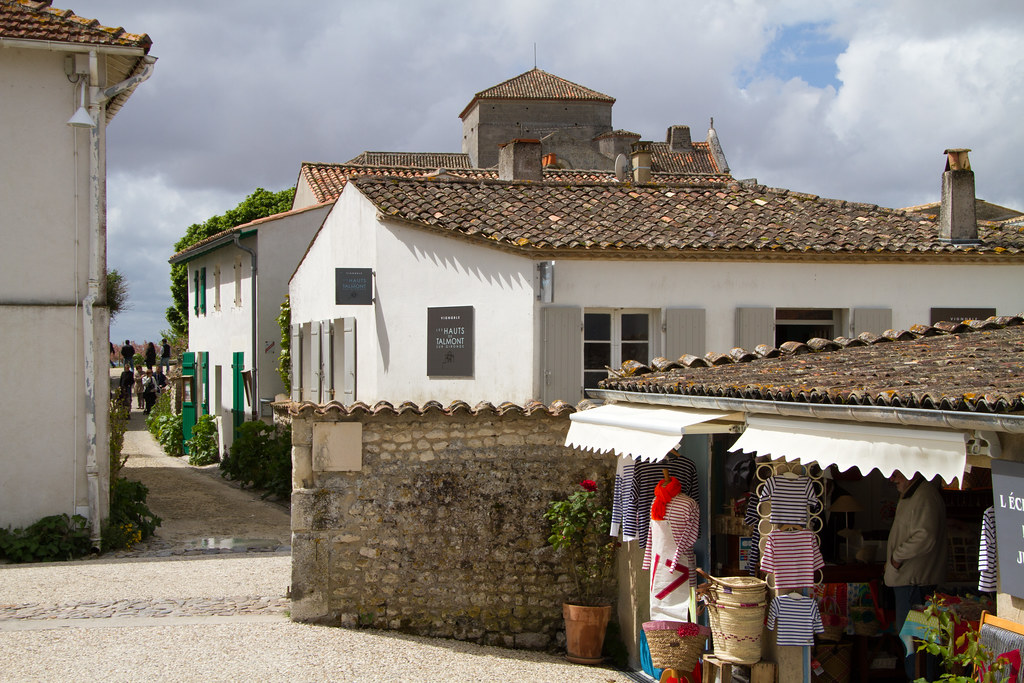 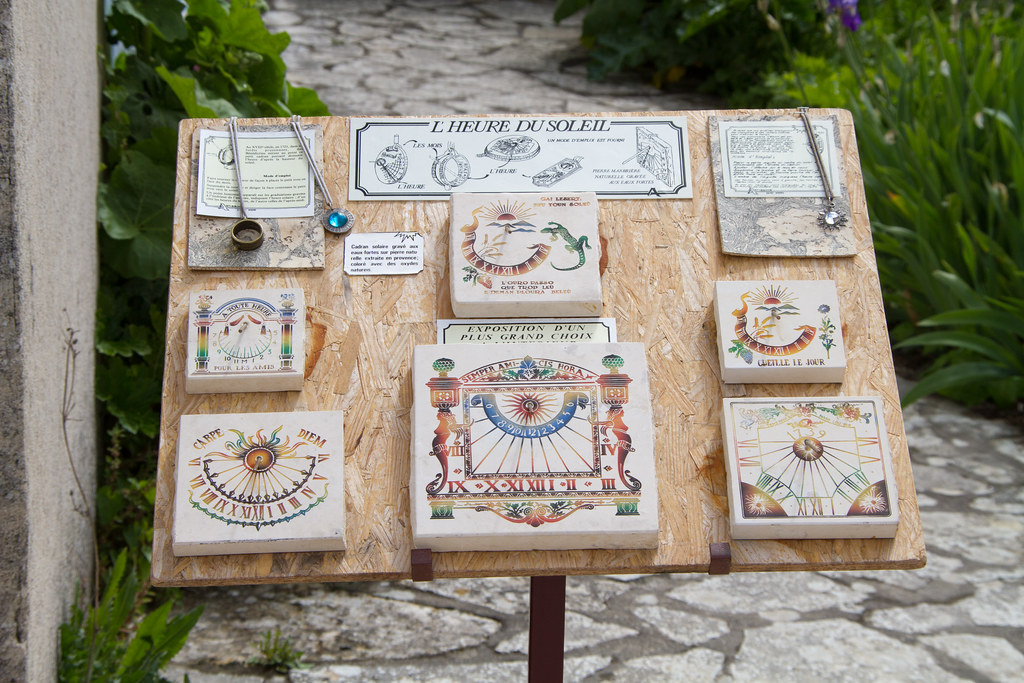 And here is the Romanesque church. It was not in the center of the village, but rather in the farthest area. 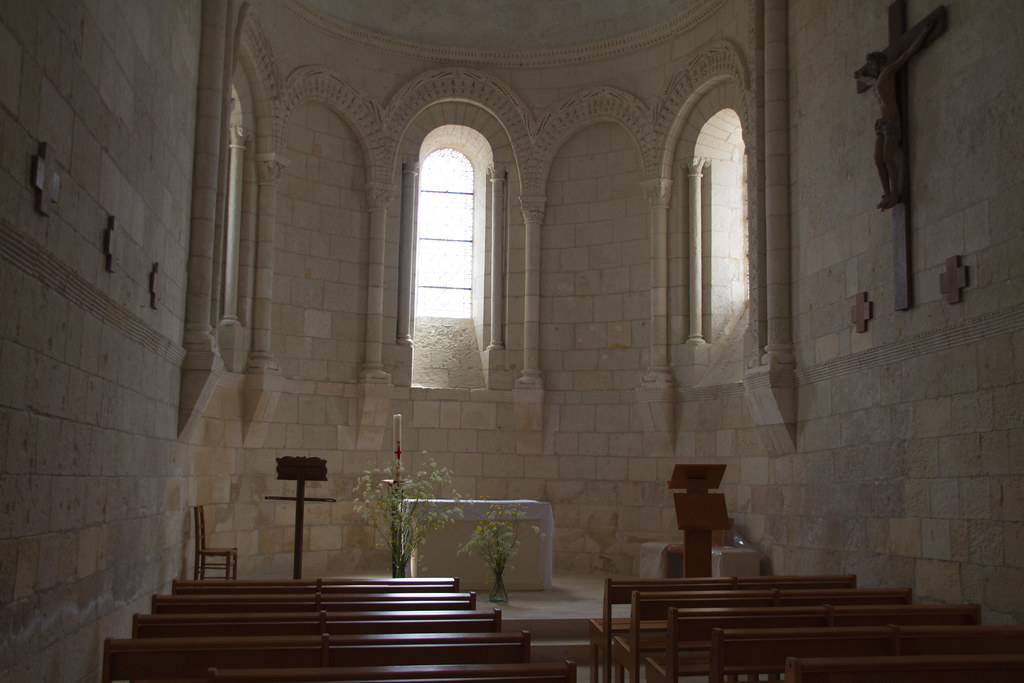 I could see tourists all over the village, but not so many that it is moderately crowded. It is easy to walk around. 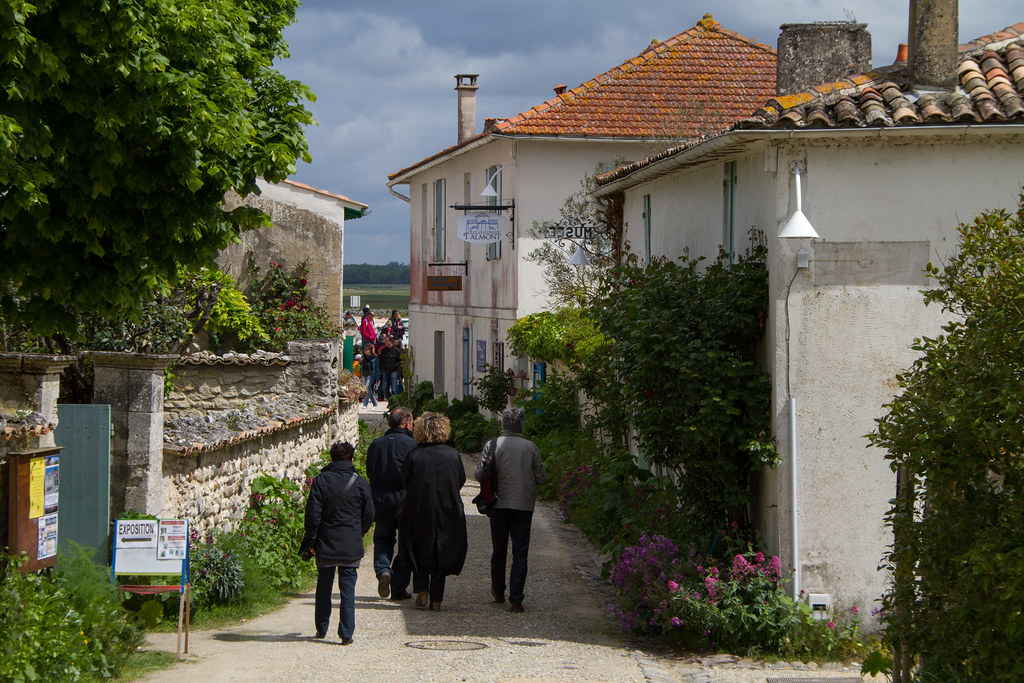 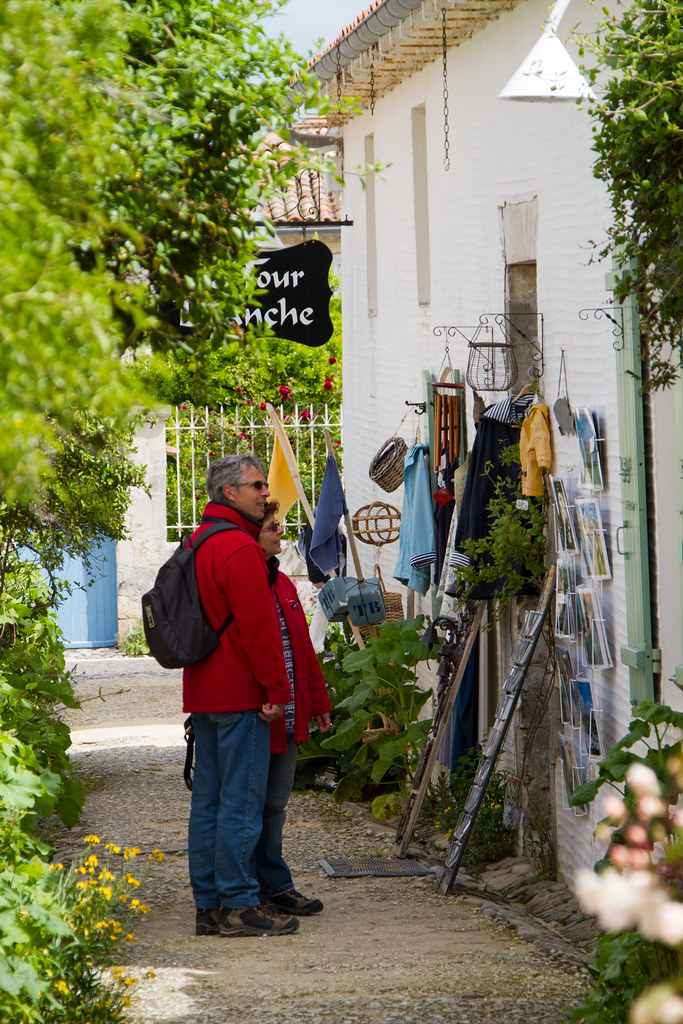 Still, I thought this village has a lot of back alleys with a fashionable atmosphere especially like France. 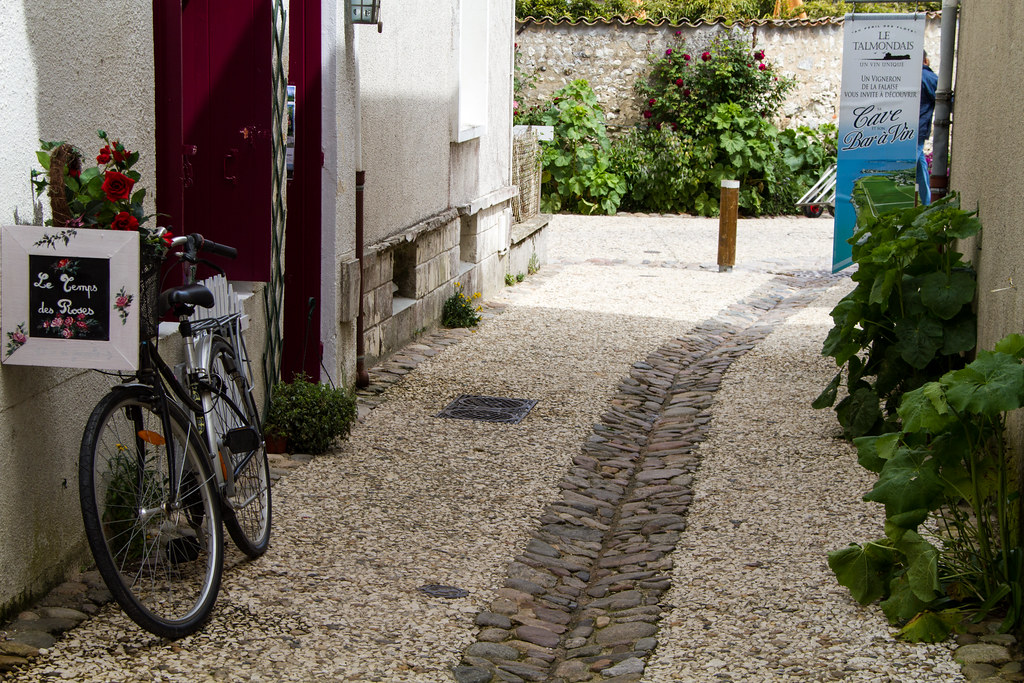 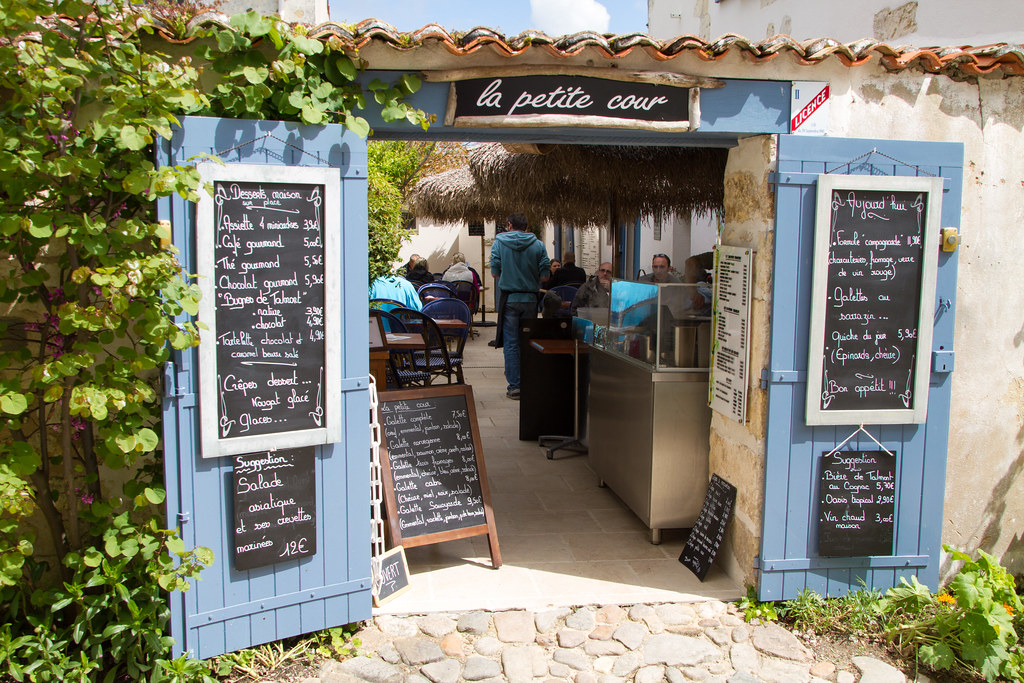 There were many villages where you could just walk around and enjoy, but I think this is one of the more enjoyable of those beautiful villages. 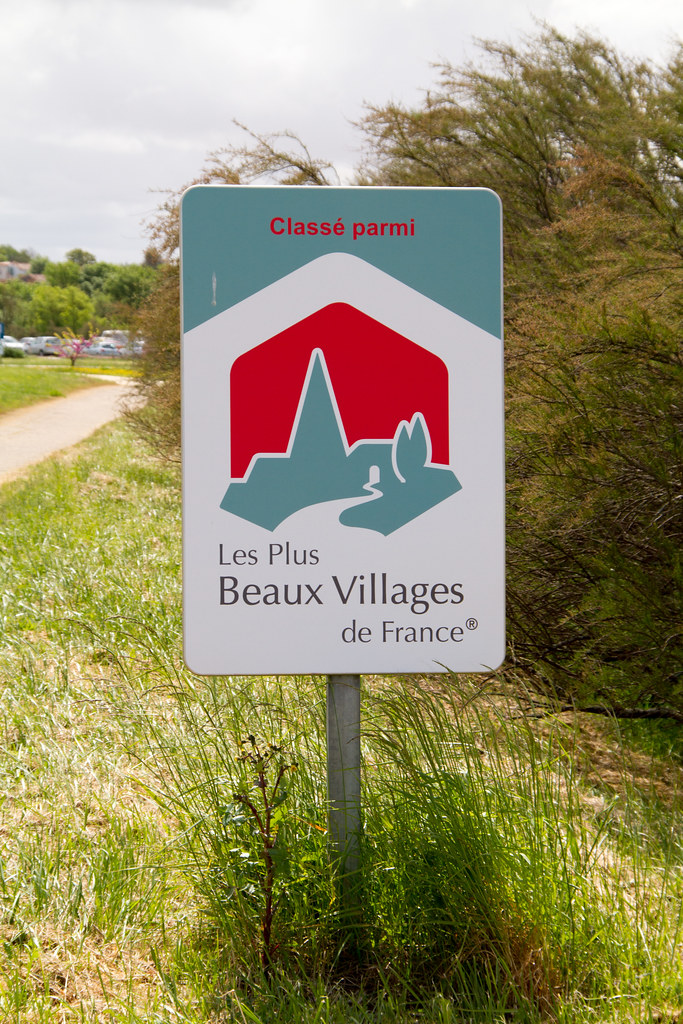 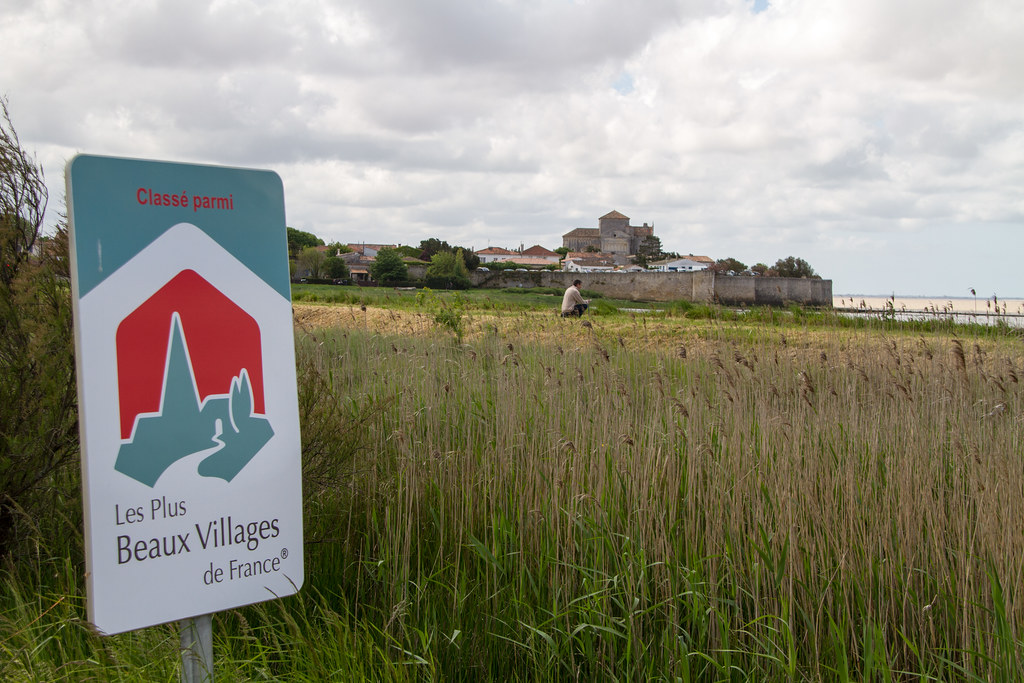 A village where we were impressed by the beauty of the village alleys, the overall rating was 5 stars for the first time in this beautiful village tour!

No.9 Innsbruck:2008 Czech,Austria and Germany

On the last day in France, we visited beautiful villages in Languedoc-Roussillon -2012 France and Spain Real Time Edition No.10

The last diary in the France section is an update from the train station in Perpignan.Now, on this day, May 10th, we wil...

Driving in Burgundy in fine weather – 2011 France Realtime No.12

Well, it was Tuesday, April 26, I don't remember how many days it was already, but it was another fine day. Or maybe it ...

Weekend, hanging out in Shimokitazawa

Last Saturday, I went to Shimokitazawa for the first time in a while to see my friend's live performance.I think this is...
Mornac-sur-Seudre – Tour of the most beautiful villages in France 2013 No.10 – ★★☆☆☆☆☆
The round after a long time, Tomei Country Club
Page d’accueil
2013 France
タイトルとURLをコピーしました