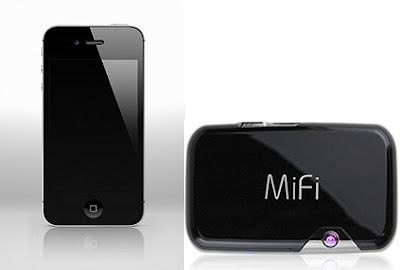 Now, I’m going to write about the « packet cost » and « SIM free phone and iPhone » that I announced in my last article.

To make the conclusion clear, as the title of this article suggests.

I would like to focus on whether it is better to

So, I’ve come to a conclusion.

I would like to discuss the basis for this conclusion below.

In addition, as I always say, my travel is mainly in Europe, so I’m going to talk about my travel in Europe, especially in France.

How to get a SIM free iPhone and the price

The following site summarizes well about this.

I haven’t actually tried it, so I don’t know how far it will go at this point, but in any case, unless you go to Hong Kong or Thailand, it will probably cost you about 70,000 yen to buy it.

In the following, for the purpose of various comparative studies, the

How to get a prepaid SIM and how much it costs

Of course it varies from country to country, but in the case of France, where I often go these days, it seems to be like this.

The price varies, but roughly speaking, you can use it for a month for around 2,000 yen per trip.

It could be cheaper in other countries or with some ingenuity, but for now, just for comparison’s sake

I will proceed on the assumption that

In addition, I am afraid that I am quoting another person’s blog, but as far as a Google search is concerned, I will introduce this person’s blog because it is very helpful.

According to the recent trend, a new model of iPhone is released approximately every year. Many people may buy a new model every two years, although Softbank’s price system and campaign may have an influence.

So, I converted my earlier assumption « buy a SIM free iPhone for 70,000 yen » into a cost per year. That is

The discussion will proceed as follows.

Now for the case of not using a SIM free iPhone. 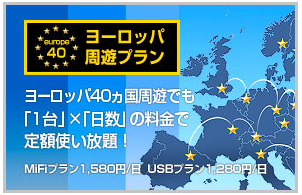 We’ll assume a 10-day rental per trip, plus an initial fee to cover

The discussion is based on the assumption that

Comparison of both plans

Just to be clear, let’s review the various assumptions.

Based on the above assumptions, here is a comparison of the cost per trip per year.

As you can see, « the size of the cost of both is switched around the second or third time ».

What this tells us is that

That’s what I mean.

If you go 3 times, you can say that it’s the difference. According to this simple comparison, the SIM free iPhone plan is more economical, but considering the hassle of getting a SIM free iPhone in the first place and actually buying and setting up a prepaid SIM locally, it’s not clear whether it’s better to save around 8,000 yen.

At least if it’s me, I think it’s more economical to pay the extra 8,000 yen than to spend the time to get it and set it up.

One more analysis. Now let’s simply look at the cost of renting a MiFi for each day of your stay.

The cost of a SIM free iPhone + prepaid SIM is around 40,000 yen, so if you compare it to a simple stay of

I think you’ll find that this is the case.

So, for me, who stays only twice a year and for 20-25 days, the MiFi rental is much more economical.

We think the MiFi plan is actually a better value for the signal.

This is just an actual experience, or a comparison with softbank’s packet flat-rate carrier (SFR) in France, but especially in the countryside, the signal available in MiFi rental is clearly better than that of a single carrier.

You can also save yourself the trouble of buying a prepaid SIM every time you change countries.

Benefits of MiFi Rental: MiFi can be used for more than just iPhones

It is not only for iPhone but also for PC. Whether or not you take your PC with you on a trip is up to you, but at least for me, I think I absolutely need my PC, so I think MiFi is indispensable.

Why don’t you just use a SIM free iPhone in Japan?

There may be some objections to the above. I think this is as you say. After all, even if you rent a MiFi, you are buying a SIM locked version of the iPhone in Japan anyway.

However, as long as you are living in Japan, a normal iPhone with SIM lock is enough and the cost is cheap.

This analysis was based on the premise of « buying a new SIM free iPhone for travel purposes », but for most iPhone users, unless you are a frequent traveler, it is probably more natural to buy an iPhone and live in Japan and go abroad once or twice a year in your spare time. I think it’s more natural.

Conclusion: I will continue to rent MiFi

From the above, it was found that MiFi rental is more advantageous, including the cost, for a trip of about twice a year at most, because it is easy to apply rather than taking the trouble.

So, I think I will continue to use Global Data’s MiFi rental service.

In addition, this analysis is done from the point of view of whether it is profitable for me, so I do not think it is a general conclusion. I hope you will think that there is an analysis from this point of view.

This is the book that I introduced last time. My thoughts on prepaid SIMs and the like are slightly different because the environment has changed so much since it was written, but overall it’s very helpful and I recommend it again.

I didn't book any hotels for this trip to France except for Paris just after arrival and just before departure. Maybe th...