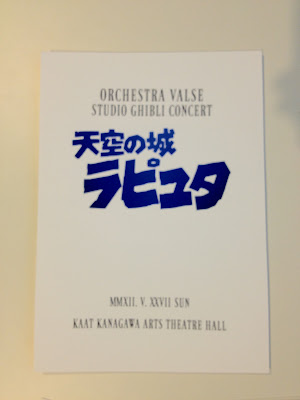 The cover of the member`s own sheet music is amazing! 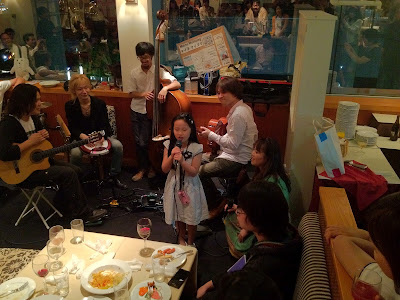 Now, it has been a little while, but Orchestra Valse, I have performed.

To be honest, it was quite a hard schedule. Since I was traveling all through May, I hadn’t played violin very well, so after I came back to Japan on the 20th, I practiced almost every day for a few hours in the midst of jet lag, and somehow I was able to get ready for the performance.

I’ve already talked about the beauty of the music and the performance in various diaries and twitter feeds.

I’ve been working with them for many years and they’ve been a great help to me. I was worried about a lot of things, but when these strongest members get together, anything is possible.

It was a concert that made me feel that way again.

The operator and commissary said…

I think it was a great success. I also think that the fact that the members who gathered were all people who were used to this kind of project was a factor in the success of the event.

Now, is there another one?

Although I had a fever of 39 degrees the day before, I performed in the annual concert of that orchestra again this year!

I performed in this concert last Sunday, which I always wonder how to write in my blog.This year, I had a fever of 39 de...

Orchestra Valse – Mainly the music from « Castle in the Sky

The date and time of the concert have been decided.子供の頃から慣れ親しんできたジブリ音楽をオーケストラで演奏したいと思ったことはありませんか？ ジブリ音楽は市販されているオーケストラ譜が少...

I finally bought it, the Mac DL version. The first spending of the bonus of this summer.Finaleとは、譜作成ソフトウェアでして、僕が所属している団体...

I went to the Czech Philharmonic’s 2018 New Year’s Concert.

New Year's night in Prague!After welcoming the New Year in Vienna, we left Vienna by train that afternoon and traveled t...

Sinfonietta Sorriso 2nd Concert (November 9, 2pm at Mitaka), I will perform as 2ndVn!

Here is the information of the concert which I perform.演奏会情報 | Sinfonietta Sorriso 2nd Concert2013/11/9(Sat)Doors open:...

I'm in Vienna. That's to listen to the New Year's Concert by the Vienna Philharmonic Orchestra, which I won in March thi...
Watching a golf game for the first time in a long time
Earth-Friendly Presentation
Page d’accueil
05. Music
タイトルとURLをコピーしました