This is a series other than « Tour of Beautiful Villages ».

Like Nancy, which I introduced yesterday, this city is in the Lorraine region. Metz is located about 50km north from Nancy. Luxembourg is also 50km away, so if you use French highway, you can get there in 30 minutes.

As you can see on the map below, this mes has a very long history because of its location at a transportation hub and along the Moselle River.

In the Middle Ages, it was also the center of the European economy.

We got off the highway from Nancy to Luxembourg and were in the city in about 5 minutes. Nice to be so close! 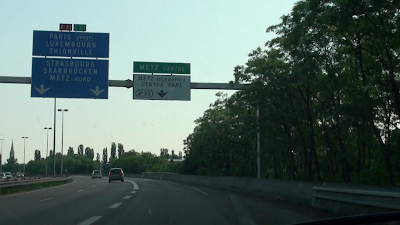 I’ll put a video on it too!

Isn’t this town even nicer than I thought! 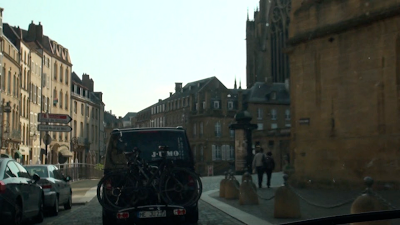 We found a parking lot near the gorgeous cathedral, so we parked the car there and started sightseeing! 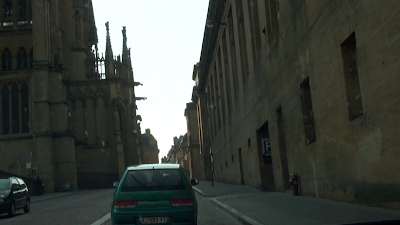 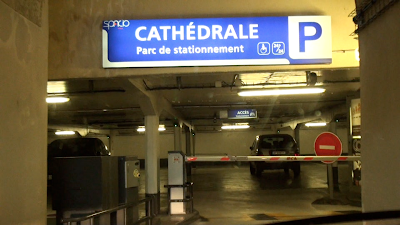 First we headed along the river. It seems to be not so old, but a very fine church, called Temple neuf. Is this a theater? Yes, this day is May 1st, May Day and a public holiday. Because it’s a national holiday and it’s early in the morning, I didn’t see many people. It was very quiet.

We came back to the Cathedral where we parked, Cathedrale St-Etienne, a landmark of the city. This cathedral is very big and gorgeous. It was undergoing some renovation work, but it was very impressive. Large cathedrals can be found all over France, but it is rare to see one of this scale unless you go to a large city. I realized once again that this was a city that had developed so much.

In the square in front of the Cathedral, you can see some people who look like tourists. It’s hard to tell from the picture, but it’s quite spacious.

Well, this city has something to do with Germany, and there is a gate related to Germany at the edge of the city, so I went there. It took about seven minutes to walk there. So, it was much more worth seeing than Nancy, where we stayed the night before. I should have stayed here….

There is only one disappointment. What a mess! A new tourist attraction, recently built! 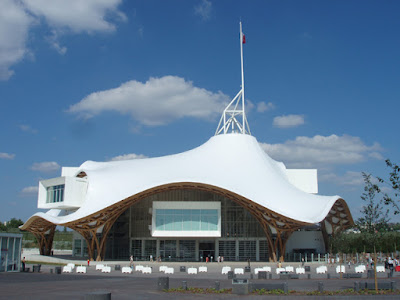 But it was May Day, so the museum was closed… (tears)

But it doesn’t matter – I’m sure I’ll go back to such a nice city. It’s easy to get to because it’s a city on the main transportation route.

If I had more time in my schedule, I would have stopped by on my way back, but I had to go back to Paris the next day, so I think I will visit the Pompidou Center next time.

Santorini Day 2 – From the site

The second day in Santorini was mainly to visit the ruins.First of all, we drive to the tip of the island before visitin...
World Heritage Sites: Place Stanislas, Place Carrière and Place Ariens in Nancy – 2011 France – France
Breakfast Club Ride at bills Odaiba Road Bike Diary
Page d’accueil
2011 France
タイトルとURLをコピーしました