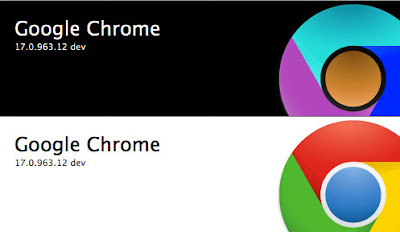 The other day, Google Chrome for Mac suddenly crashed and would not open at all. The device is an iMac that I bought in June this year.

I managed to solve the problem in about 30 minutes – 1 hour, but I would like to keep a record of the process of rebooting and recovery at that time.

I just erased all the files in the relevant folders and that solved it in one shot.

The reason is not clear at all, but according to the place where I checked the net in various ways, it is no good at all in « uninstallation → reinstallation », and

If you delete the data saved here and reboot, the problem will be solved at once. You can also move it, but you probably won’t use the moved data anymore.

But there’s a problem. 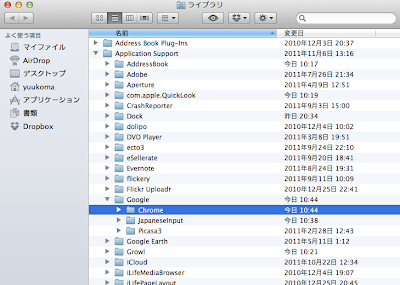 This will take you to the above… /Chrome.

You can also erase local settings, log into Chrome to sync settings, but…

I don’t know the details, but if you erase the data in Library/Application Support/Google/Chrome/, you will lose all the various settings of Chrome.

However, Chrome has a function that I can synchronize not only bookmarks as you know but also various settings and extensions through Google account even if the terminal is different. 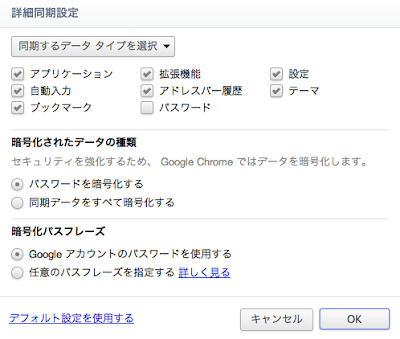 Basically, this should be enough to get you back on track.

Require passphrase → If forgotten, synchronization data will be completely erased from the server

I think that most people can be solved by the method up to the above. However, I was different.

Actually, I don’t remember when it started, but it seems that you can use an arbitrary « passphrase » to sync Chrome settings. I apparently had this set up before, but I forgot the passphrase.

Then I can’t sync. So I thought I could just do the usual « I forgot my password » procedure and be done with it, but this was a big mistake!

Fortunately I’m using Chrome on several other devices, so I should be able to recover Chrome settings even if Google deletes them here, so I bravely chose « Stop sync and delete data from Google ».

And successfully, the configuration data was erased from Google’s servers…

Of course, I then synced the settings again from the other device (MacBook Pro) and returned, and was able to finish the sync to Chrome on the iMac side successfully.

You might need to backup a lot more than just Chrome sync.

If it is about the setting of Chrome, I feel that I can manage at worst, but still I recognize again that it may be dangerous to rely on the cloud too much.

This can be done by going to « Settings » in Chrome, opening « Bookmarks Manager », and then « Export bookmarks to HTML file… » in the « Manage » menu. 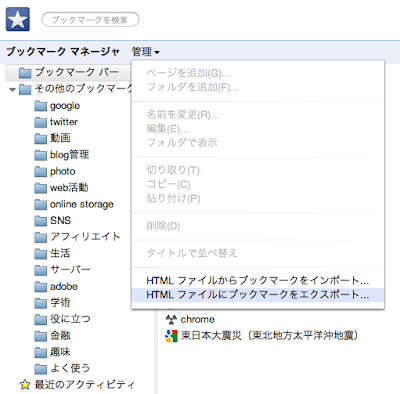 When the time comes, you can import bookmarks from HTML files… » in the « Manage » menu as well.

There seems to be news like this, and it seems that Google Chrome is still going strong.

I tried to make the memory of iMac to 32GB. I left whether there is a use or not.

The long-awaited Google Maps for iOS has a navigation feature! I tried it out right away.

The long awaited Google Maps for iOS has finally been released today. It's become a huge topic of conversation around he...

Did we have a filter for "Social Updates"? Gmail.

I just noticed that "Social Updates" is now available. Was it already there before?Did it affect you to put Maibox on yo...

Gmail’s "Smart Labels" are so useful!

Gmail in iPhone Safari, has the interface changed?I was checking Gmail via iPhone Safari on the train this morning, and...

Google Now I’ve been using it a lot lately because it’s useful and fun!

最近よく使うiOSアプリはなにかと問われたら、「Gmail」「Chrome」「Tweetlogix」そして「Google」です。だいぶGoogle色強いけど。検索で使うというよりもGoogle Nowがとても便利だからです。Of cours...
Flute Lesson No.55
Best Album – This is the best Picasa for iPhone
Page d’accueil
02.IT related
タイトルとURLをコピーしました