Obviously, the atmosphere and the number of people were different from yesterday’s qualifying.

But in terms of climate, the function was much hotter. Today was sunny, but with occasional clouds, it was relatively cool.

After watching the annual drivers’ track parade, it’s time for the finals! I was able to see the whole thing before the race started, which was a gift from the main stand. It was worth the expense. By the way, from my seat I had a good view of the second and fourth grids, and there they were, Alonso and Raikkonen. That’s good! Really lucky that Alonso was in the best position to see them! Thanks, Hamilton (laughs). This was my third time to watch F1, but the power of the main stand was overwhelming. And the best part was that I was able to see the pit work up close. The result is as you can see. 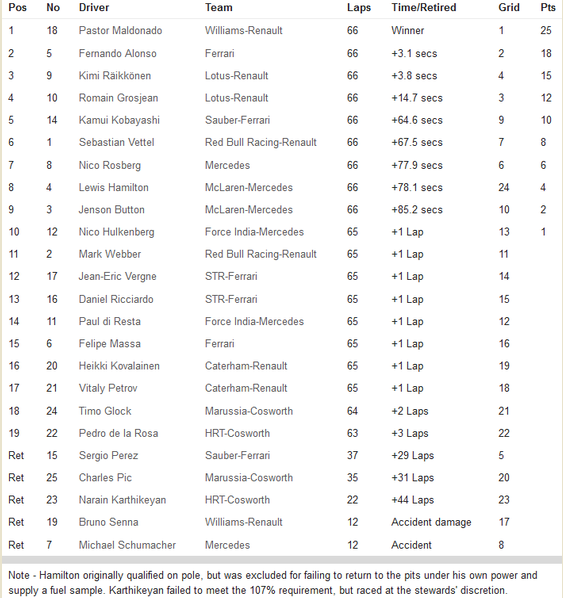 The battle for the lead was interesting. I was very happy to see Kamui Kobayashi, who I was rooting for, and the Lotus F1 team, who I happened to be right in front of the pits, both finish in the top five! That’s a great move by Kamui, he’s up to fifth with a few laps to go.

Maldonado was fantastic to win the race ahead of Alonso. Alonso was stalling for the last five laps and I could see that from the stands. It’s a shame he’s not in a better position. So, I am very happy to have successfully fulfilled the main purpose of this trip, which was planned 8 months ago on a whim.

The annual...Today I went to the police station to renew my foreign driver's license, which is a necessity for my annual...

I’m in Greece – from there

I've been in Greece for the past three weekends.I finally had a chance to visit Greece.Left on Friday night, first sight...

Update was delayed due to Malta trip. I will resume.This series is getting longer than expected.... Originally I was pla...

2014 GW is all about « Touring Italy’s Most Beautiful Villages » Gotta check out the local flavors!

This is my annual GW trip. (I'm going to Reunion Island at the end of this month, and this is France.Now that we've comp...