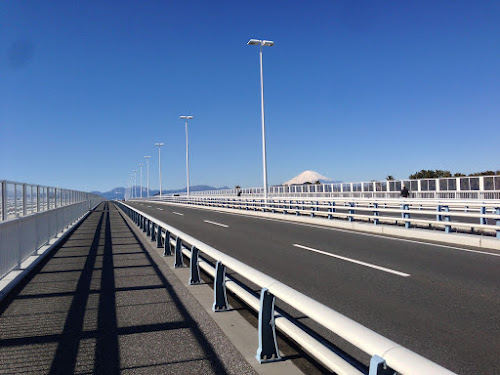 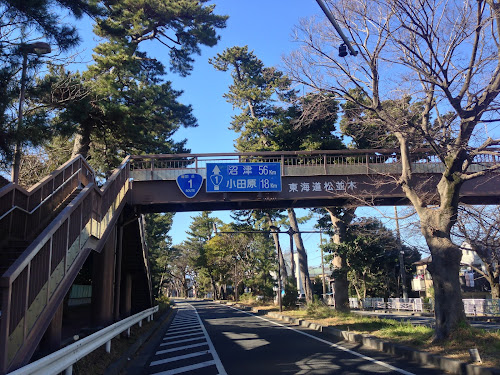 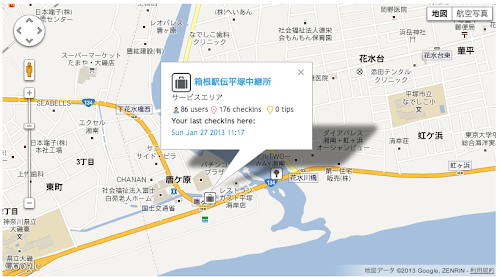 « A marathon is a training session where you run and walk for a long distance. It’s a great way to build up your body to withstand long distance running without putting undue strain on it.

This season, I hurt my foot in December, then my back, then I caught a cold early in the new year, and when I thought it was finally fixed, it snowed heavily and I couldn’t practice for more than a month.

Therefore, I was full of anxiety at the marathon in the lack of adjustment, but I wondered what would happen… 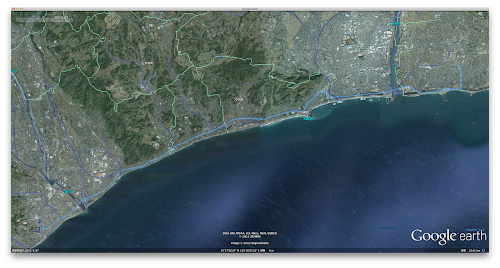 It is a course with a good view running along the coastline.

First, we took the train to Chigasaki and started in front of Chigasaki Station at 10am. 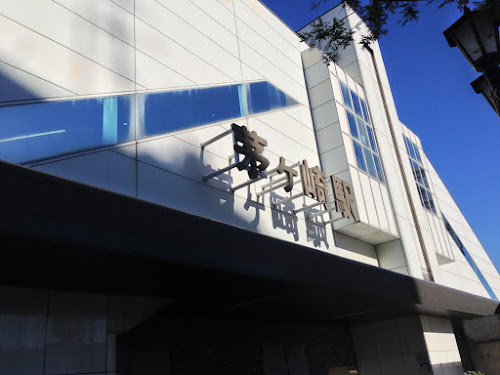 First of all, I went south to Route 134 on the coastline and 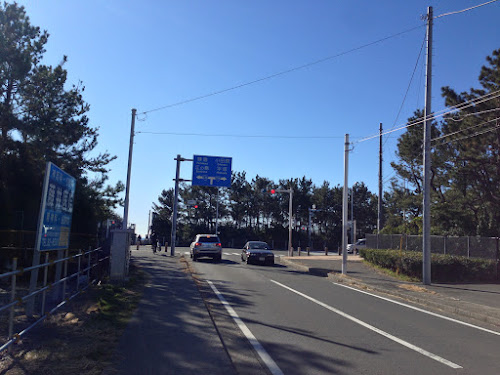 Fuji shining white beyond the blue sky as you can see when you look to the west! 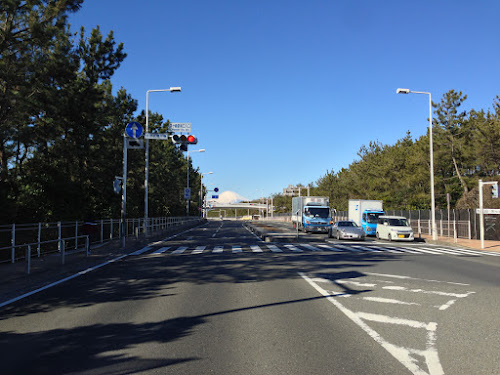 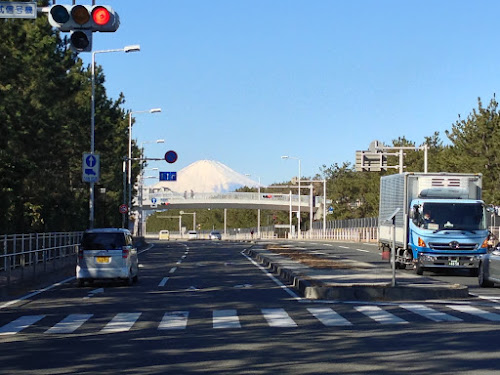 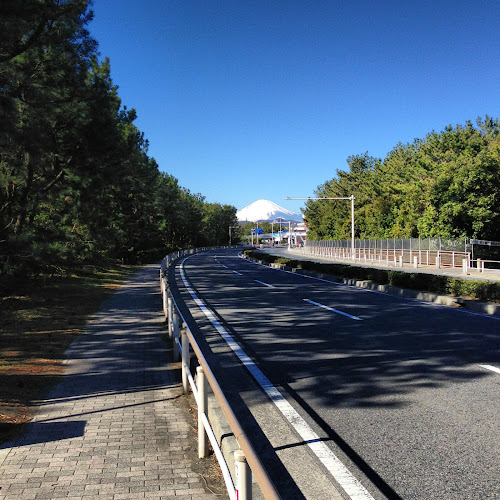 My legs are in great shape, the weather is calm and windless, just perfect conditions for a run.

It’s still a long 26km to Odawara at this point, but I’m really starting to enjoy it. 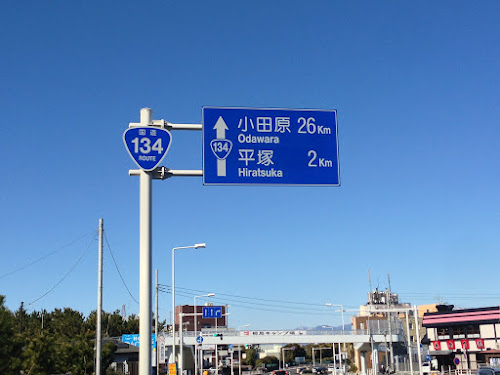 After a while, we entered the Shonan Bridge and Hiratsuka. 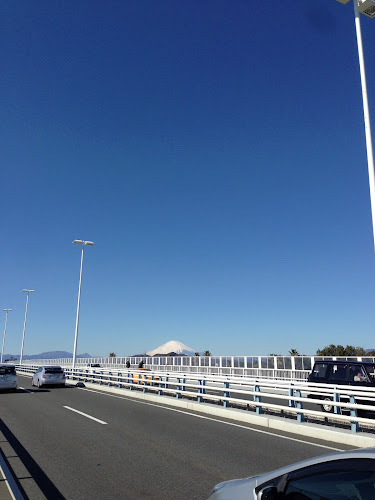 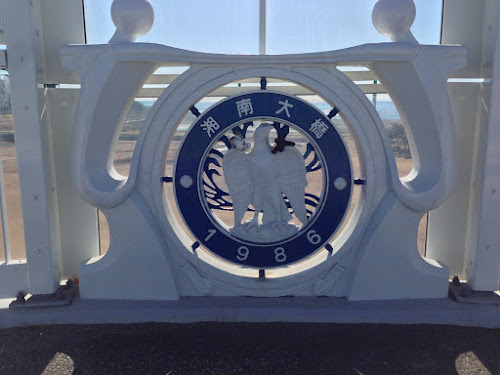 The Hiratsuka relay station for the Hakone Ekiden is located near the Hanamizugawa Bridge on the border between Hiratsuka and Oiso.

In fact, this relay station here is for the 7th and 8th districts. The location is different for the outward and return routes.

From here, you will part ways with Route 134 and enter Route 1 and Oiso. 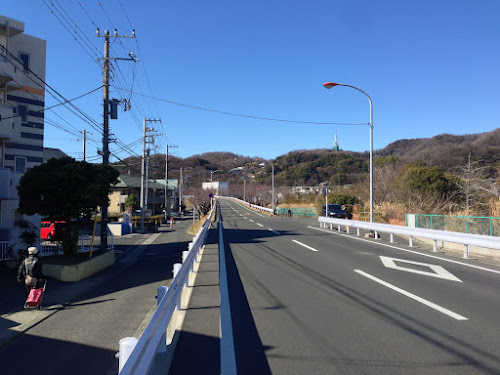 The area around Oiso Station is 67 km from Nihonbashi. 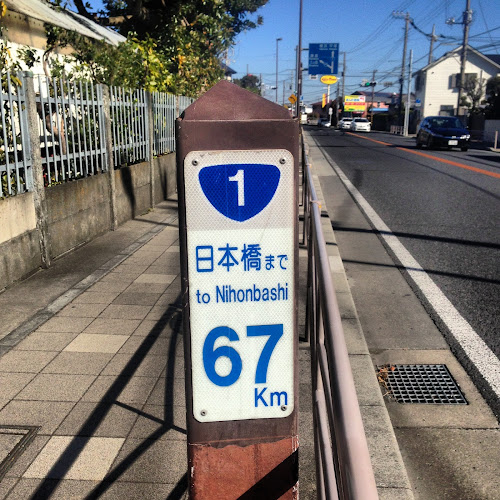 Passing through the Tokaido pine trees, we head for Ninomiya.

I worked pretty hard from here to Ninomiya. Oiso is longer than I thought….

The point where the Ninomiya-no-Ichirizuka is located is a familiar view because it is also where the fixed camera of the Hakone Ekiden is located. 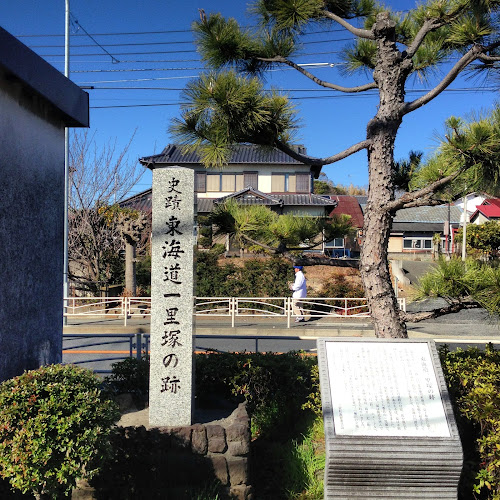 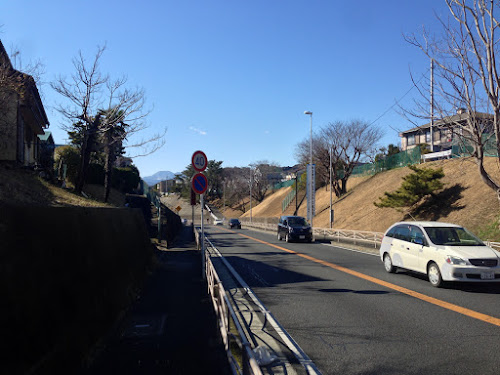 At the beginning of this section, it was easy to run downhill, but after that, there was an uphill section waiting for us. At this point, I was exhausted… It was a section where I felt inadequate coordination.

It was a marathon, so I would run for 20-30 minutes and then walk for 10 minutes, but I think I was already walking longer than I was running from this point on.

Still, we made it smoothly to Odawara City. 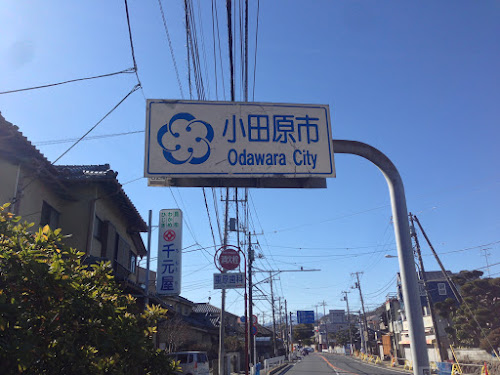 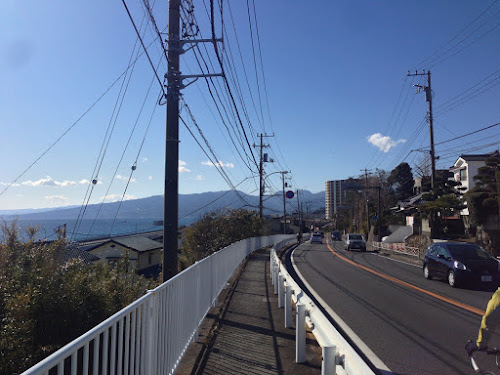 I found myself at 80km from Nihonbashi. 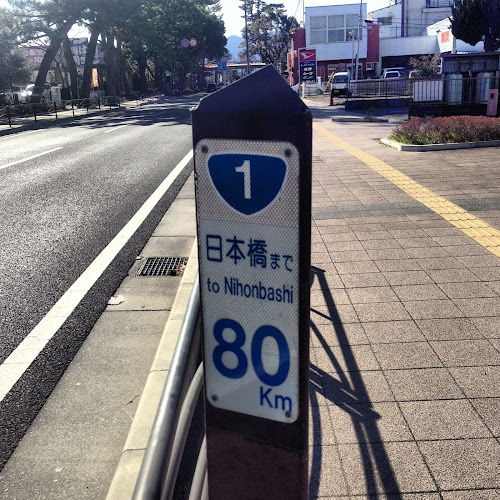 Finally, we have reached the Sake Smell River. The goal is coming soon! 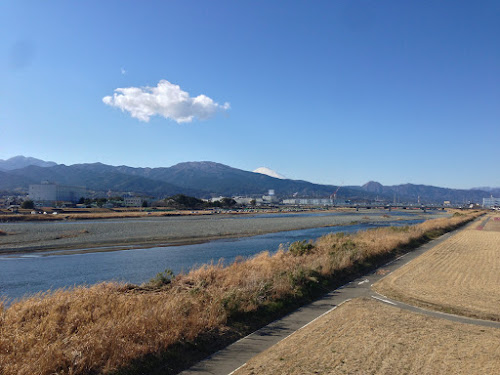 Then we entered the center of Odawara and 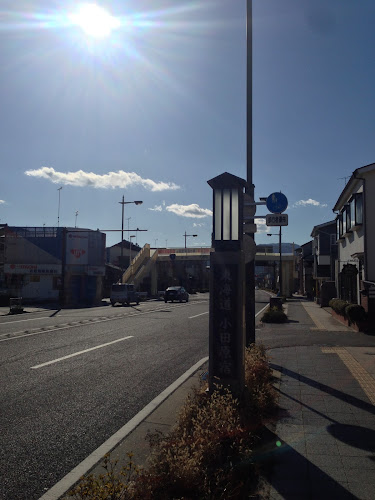 This hot spring facility in front of the station is the goal! 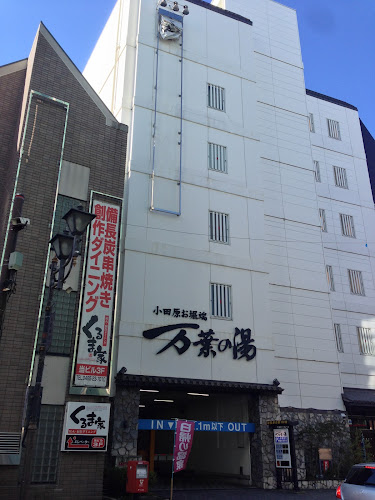 It took more energy than I expected, but I was able to complete the race in almost the target time.

After taking a bath, you can relax with this massager that happened to be available for free. 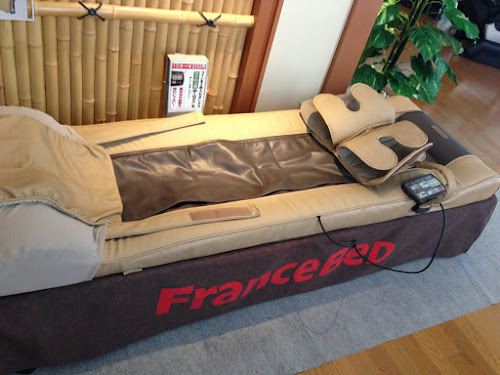 We’ll have a drink, a quick bite to eat, and then… 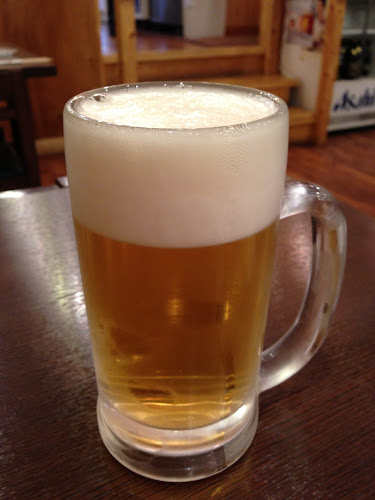 I was on my way home by Shinkansen. 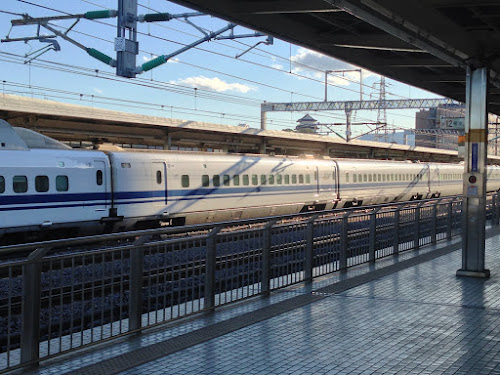 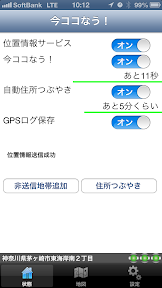 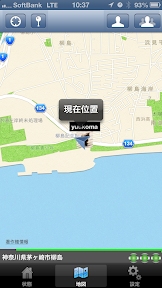 The main purpose is to grasp the situation of the battery of iPhone5 rather than whether it is possible to make a call well.

There is application for « Now here now » and iOS, and update is possible at any time in the background, and because the possession of the battery of iPhone itself has improved considerably, I seem to be able to use it without charge for four hours or more even if I take a photograph etc. on the way.

I think this area has improved dramatically compared to four years ago when I first used it.

There are a total of 14 checkpoints on foursquare.

The app itself has become much easier to use than it was four years ago. foursquare is also an important tool for sending out information about your current location, and we plan to use it in the production as well.

Although I could not deny the sense of lack of adjustment, I finished the race as I had declared, and I believe that this has relieved some of my anxiety about being late due to illness or injury.

But I’m already exhausted because I was attacked more than I imagined… I wonder if I’ll be able to go to work tomorrow.

Finally, this weekend is Kyoto Marathon 2013.Let's talk about location information again. When I participated in the Tok...

Day 3, Part 3: The main day of the Medoc Marathon Finally, the supply wine, the famous chateaux from the first half! – 2014 Medoc Marathon Diary No.6

More summary information about the Medoc Marathon will be developed below. Please wait a little longer.メドックマラソン 2014 - M...

It's March and the days are getting longer, but it's still cold.New Metropolitan Expressway opens in Kohoku-ku, Yokohama...

Kanazawa Marathon 2015, I applied for the tour with the right to participate.

The Kyoto Marathon is only 5 days away.I made a "Current Location Information Transmission Page" as you know every time....
Pilgrimage Road Trip No.11 Astorga – Camino de Santiago 2012
I went to a chocolate exhibition.
Page d’accueil
09. Sports
タイトルとURLをコピーしました