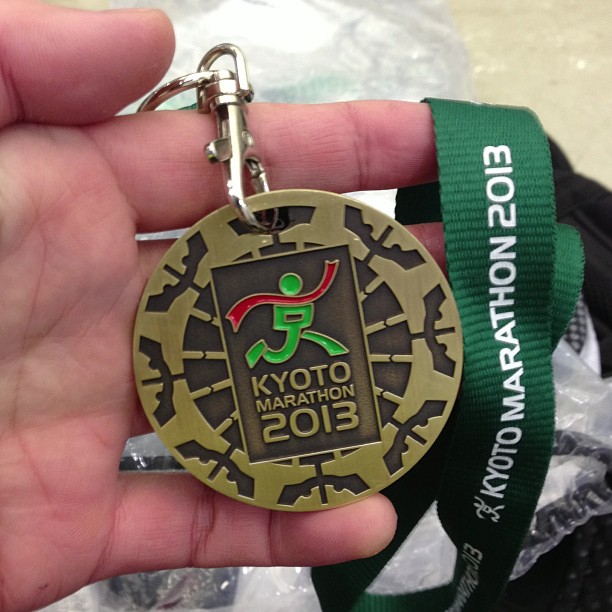 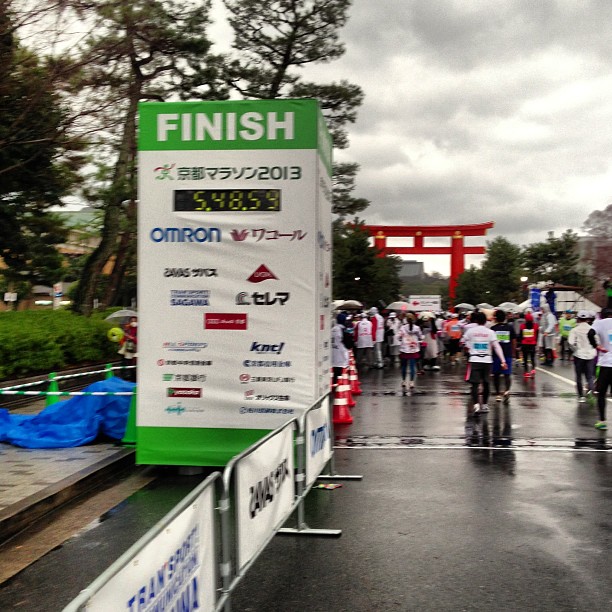 Despite the rain and strong winds, I was able to finish the Kyoto Marathon 2013!

The strong wind along the Kamo River was particularly unbearable, but I actually thought it was better than the heat. It was hard, though…

Now the times, while not yet official, were as follows, according to Runner’s Update. 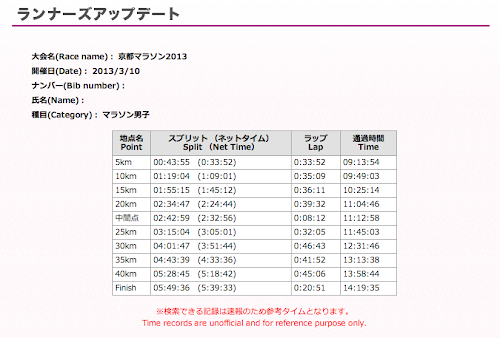 My net time of 5 hours 39 minutes 33 seconds is my best time in my last three full marathons. It’s still a weak time, but I’m happy with this one.

I was under pressure because the time limit for the Kyoto Marathon is one hour less than the Tokyo Marathon, but I think I was able to run as I had originally planned, thanks to my past experience and the various practices I have done so far.

By the way, this is what it looked like in runkeeper. 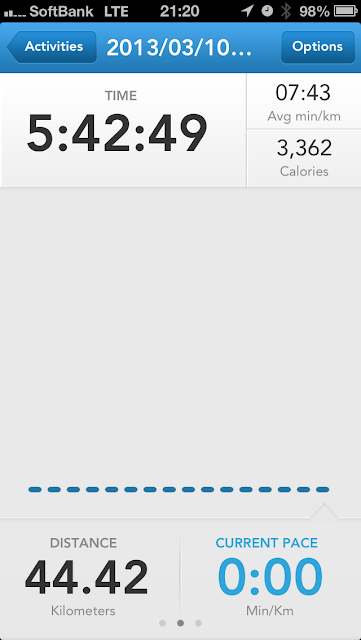 According to runkeeper, the time was 5:42:49, which seems about right because I stopped too late, but on the other hand, the distance was 44.42km because I couldn’t necessarily run straight.

So, it’s been a marathon of tweets and facebook as usual, but I’ve been very encouraged by the replies and likes I’ve received from everyone.

I still don’t think I could run this distance without it. Thank you so much for your support!

I’m going to be using Runkeeper a lot for the Medoc Marathon.

少し暖かくなりつつあるので、半年後のメドックマラソンに向けて今週くらいからトレーニングを始めています。I've started running around the neighborhood 2-3 times a week to get ...

Here we go, the Kyoto Marathon, the « invitation to participate » document has arrived! #KyotoMarathon

It's been more than a week since the official website and new information was announced, but last Thursday, we finally r...

It's been a while since I've run a marathon, but I'm going to run the Nara Marathon on December 14. It will be my second...

the long-awaited Kyoto Marathon winner was announced. The odds were 3.3 to 1, so I thought I might be able to make it, ...

Running, last month I went over 100km for the month!

先月はランニング頑張りました。月間100km超えは久しぶりかな？This is the first time I've run over 100km since November 2012, when I was training for ...

Miraculously, I have nothing to do on Saturday even though the race starts tomorrow. I don't have any plans on Saturday,...
Carbohydrate Loading Part 2: Patisserie Tour #Kyoto Marathon
Kyoto Marathon 2013 Review No.1 Reception the day before #Kyoto Marathon
Page d’accueil
09. Sports
タイトルとURLをコピーしました