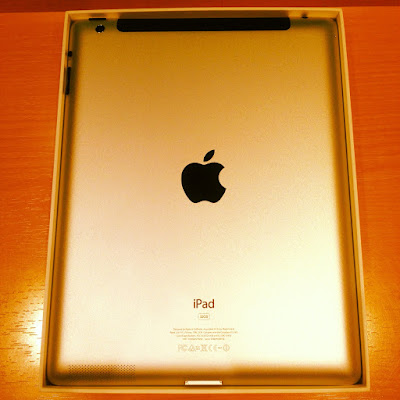 I immediately purchased the iPad, which was released simultaneously worldwide today. For now, I’d like to report.

Nothing special, just a normal purchase.

I lined up at the SoftBank store before 8am and bought it almost as soon as the store opened. It’s a different place from the Apple Store in Ginza or the newly opened SoftBank shop in Ginza, so there was no huge line or confusion and I was able to buy it normally.

I pre-ordered it this past Monday, so I was a little late to the party and thought it might not arrive until a while after the release date, but I got a call about two days ago from a store that had the first edition available.

The release date was Friday, so I went to pick it up first thing in the morning because if I missed it, it would be the following week.

We were 5th from the front of the queue, but we were able to get the first group to handle the reception, and it ended up taking about 30 minutes to finish the process and leave the store. It was faster than I expected.

By the way, I went to the Apple Store yesterday after having dinner in Ginza. 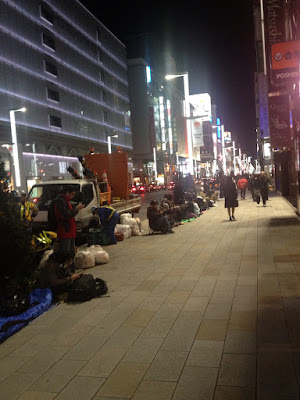 After all, there were people who lined up all night. But I think they are lining up for the event. It’s not that hard to reserve in advance.

Afterwards, I left Ginza with my friends who I had dinner with, joking that we should stand in line for the iPhone 5.

As it turns out, it’s conditional.

That’s a drop to

It is still less than one year since I bought iPad2, and this is a contract with 3G line, but I could change the model normally without being taken a penalty when I change the model especially.

I thought it was 3G so that I could use it at any time before, but at that time it was because mobile WiFi was WiMAX and it took a long time to start up.

So, we went from zero to a flat rate plan.

Oops, by the way, iPad2 is bought by the division, so the division money of this must be paid.

In summary, the change in monthly expenses for the iPad (since May 2012) is

Hmmm, it’s actually less than what I’m paying now. The biggest change is the effect of the change of data flat-rate plan in 1. But this is only if you don’t use 3G at all.

Restore from iCloud: Didn’t do it after all

Because it was a short time before I went to work, I couldn’t investigate enough and couldn’t restore well, but it became a good opportunity to reset once and to organize applications and files.

You can use this method to restore it.

I don’t think the clerk was at fault, but I probably should have told him that I was going to restore the existing iPad settings through iCloud before I said a word.

Well, as I mentioned earlier, it was a good chance to reset and start over, so I’m happy with the result.

My impressions after using it briefly.

I didn’t really notice it during the day, but when I look at the display again at home, I’m certainly surprised by its resolution and beauty.

The impression which I browsed the Web with Safari, Google Earth which I launched for trial, etc. I understand immediately that it is more beautiful than iPad2 than I thought. 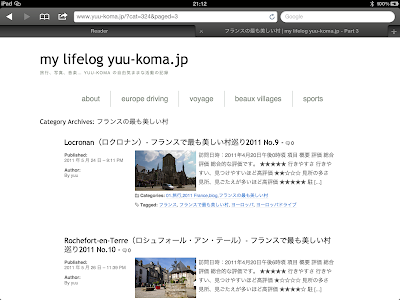 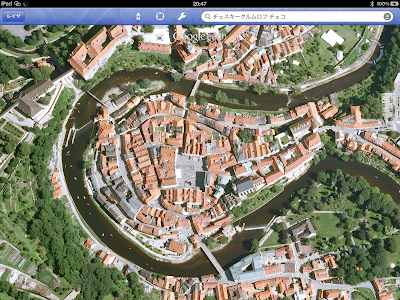 It’s going to be very useful because we just had a need to process a lot of different feeds.

Why do we buy one new thing after another?

It’s all a matter of one thing from a junior member of the orchestra, an apple believer.

I take my hat off to you for your attitude of getting a new model when it comes out without any hesitation. Maybe I’m just going with the trend, but that’s okay (laughs).

Sometimes it’s a bit of a splurge, and sometimes it hurts, but I think it’s worth it just to be able to get your hands on the latest and hottest products from the world’s largest company.

And it’s also true that you can understand the greatness of Apple by actually holding and using it. It’s also a great way to learn about the business.

I’ll try to justify my forced purchase by saying…. I guess I’ll continue to contribute to Apple’s sales with this kind of appropriate attitude.

iPhone, iPad apps: « France from the sky » is fun!

I got an iPad mini!

The other day, when I went back to my parents' house for some wild business, my father told me, "Oh, by the way, there's...

It was just three years ago in February that I got an iPhone. It will soon be 4 years old.The changes over the past thre...

I'm writing this diary because I thought iBooks was great again.I'm not a big reader to begin with, and I don't buy or c...
Google Earth on iOS can read kml now!
Dinner at ARMANI / RISTORANTE
Page d’accueil
Apple
タイトルとURLをコピーしました