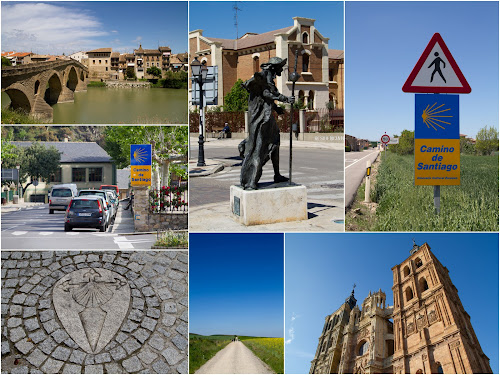 It took me quite a while to start writing, but I will be writing a series of several articles on the Pilgrimage Road Trip, which was the main theme of my May 2012 GW trip.

I wanted to see Barcelona F1, which was held at the same time, but the schedule was quite tight. However, I think I was able to visit all the major places in a short time.

I checked each time on foursquare during the trip, so I have a very detailed log including dates and times.

By reviewing both the log and the photos, even now, more than six months after my trip, I can recall very clearly where I was traveling, what the temperature and weather were like, and even what I was thinking.

But this pilgrimage is essentially a journey on foot. It’s a tradition.

Over the course of many months, and many times if it cannot be accomplished in one go, devout believers make pilgrimage journeys on foot.

Therefore, if you follow the pilgrimage route by car without walking at all, it is mere sightseeing and not faith. Naturally, it is not considered a pilgrimage.

I am in awe of the « culture » and « history » that has continued since the Middle Ages, but I am not going to say whether I believe in it or not. I just want to say that I drove this pilgrimage route purely as a tourist. 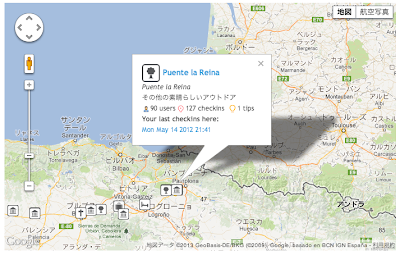 Car rental, this time in Paris and Barcelona Sants station -2012 France and Spain

I rented a car twice on this trip. The company is Europcar, which I am familiar with every time.We stayed in Barcelona f...

Visit Date: April 25, 2016 at approximately 11:00 a.m.It was a very nice city, but it was under construction. If you hav...
Towels and Socks Preparing for the 2% inflation target
Pilgrimage Road Trip No.1 Puente la Reina – Camino de Santiago 2012
Page d’accueil
2012 Spain and France
タイトルとURLをコピーしました