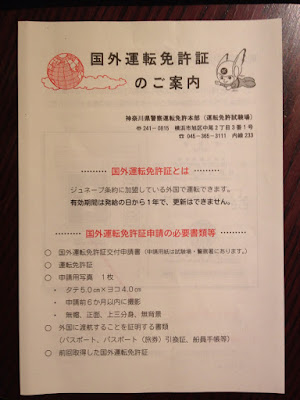 Today I went to the police station to renew my foreign driver’s license, which is a necessity for my annual European road trip, before going to work.

If you go to the examination center in Kanagawa prefecture, you can take the test on the same day, but you have to wait a long time for it. It’s too far from Futamatagawa….

Germany and Croatia are not included?

I thought I had already acquired it so many times that there was not much I could know about it now, but no, no, no, I found something new again.

The photo at the beginning is a booklet you get when you apply for an international driver’s license. It’s a small booklet of 4 pages, folded in half. 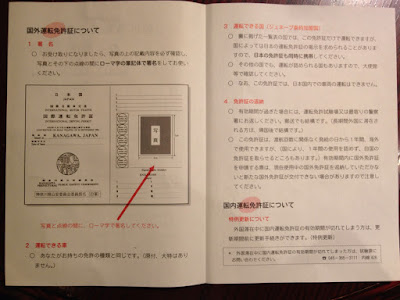 I always at least take a quick look at it, but when I look at it again, there’s something I never noticed before!

On the last page of this booklet, there is a page titled « Countries where you can drive with an overseas driver’s license ». 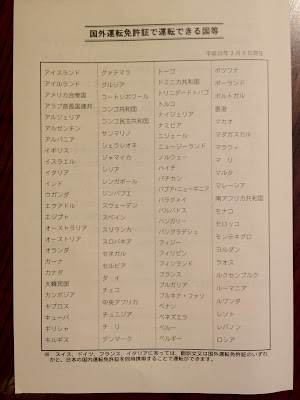 Apparently, these countries are not « Geneva Convention Contracting Parties ».

It seems that there is also something called the « Vienna Convention » regarding international driving licenses, and Germany is a member of this convention. Japan is not a member.

At any rate, Switzerland and Germany have « You can drive » in the notes below, but what about other countries, such as « Croatia » and « Slovenia » that I mentioned above?

As a matter of fact, these countries also seem to be able to drive without problems due to bilateral arrangements. I was able to confirm these situations with the embassy information.

In any case, it seems that a foreign driver’s license obtained in Japan can be used in most European countries.

May 2014 Italy’s Most Beautiful Village Tour Field Report No.1

Report prepared on April 24, 2014 from ParisI will try to update the blog locally as much as possible. This is the best ...

July 13, 2014.On the second day, which was the first day as sightseeing, we were divided into senior team and junior tea...

Today is the final race of the F1 Spanish GP. I'm going to watch it of course.The weather in Barcelona today is sunny an...

Date of visit: May 5 and 6, 2012 (overnight)Le Puy-en-Velay, the town where we stayed during the tour of beautiful villa...
(Postscript) How far should I go for cheap gas?
Flute Lesson No.62
Page d’accueil
uncategorized
タイトルとURLをコピーしました