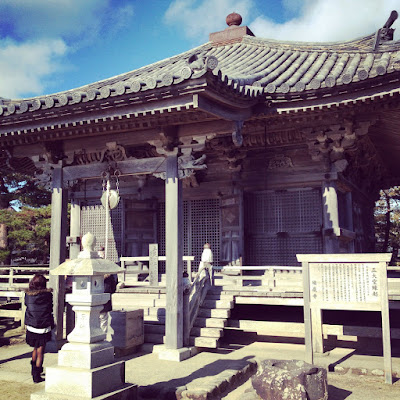 It’s been a while since I’ve seen you, but I’d like to tell you about my trip to Sendai last week.

The last part is sightseeing. But I couldn’t stay so long, I mean, I was quite hectic, and my purpose was to listen to the concert, so I might not have enough contents…. I feel kind of sorry, I’m sorry.

Place to stay is Akiu Onsen

First of all, the place to stay. I went to « Akiu Onsen ». Actually, this is the second time for me. Yes, I went there just one week before the earthquake.

I stayed at the exact same onsen ryokan as that time.

Because it was cheap. It is a little far from the city, but I recommend it. 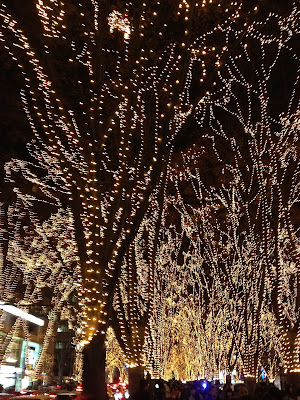 I was guided to see it by a friend who lives in Sendai. To tell the truth, it was too cold and there were too many people, so I saw it quickly and left.

The light bulbs for the pageant, which were stored in a warehouse in the coastal area, were washed away by the tsunami, but donations from all over the country made it possible to hold the pageant again this year, making it a winter specialty in Sendai. Although the number of light bulbs has decreased, the warmth from all over Japan can be felt in this year’s pageant.

I didn’t know you had such feelings… I was really sorry that I didn’t notice it at all. 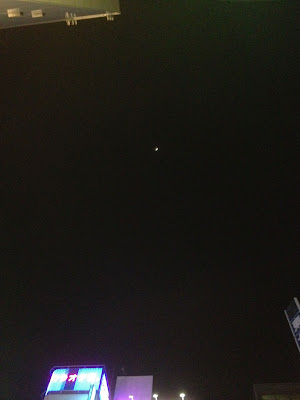 I just went to have dinner with my friend at night, but it was crowded with many people. Sendai seems to have a lot of good restaurants and looks fun. It’s more urban than I thought (excuse me?).

When I visited before, I didn’t go to the city so much, so it was very fresh.

Yes, the lunar eclipse was seen on this day, wasn’t it?

And I was also told about a hole in the ground parking lot, so I’ll use it next time I come. 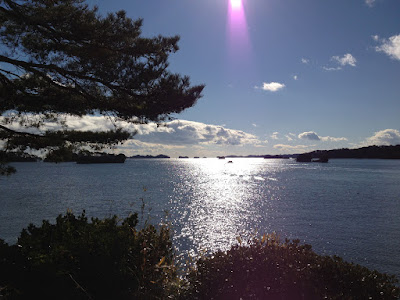 The date changed and it was Sunday. We decided to go to the coastal area to see.

But the road to this place was more bumpy than the one in Sendai, and I felt that the traces of the big earthquake still remain even after 8 months.

After all, the images of the tsunami and the Sendai Airport were very strong. I had time to go to Sendai Airport, where such images were burned into my mind, so I decided to go there.

Even so, I felt like a mere onlooker, and to be honest, I hesitated to go because I had a feeling of guilt. But I did go. 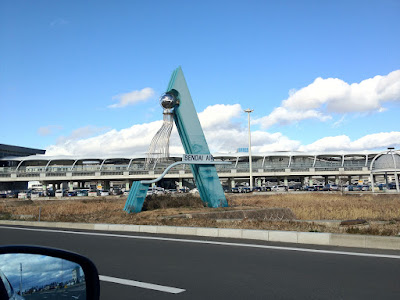 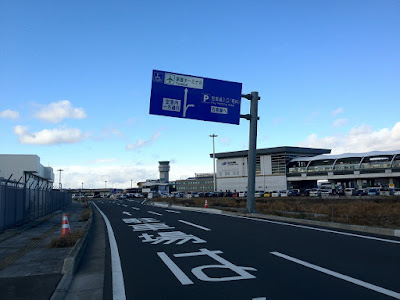 Sometimes the guide signs are still crooked like this.

By the way, the road we took on the way here was swallowed up by the tsunami, I think. And sometimes I saw boats that were swept away by the tsunami and left in the middle of the rice fields, still not cleaned up.

If I had been on the same road at that time, it would be very scary to imagine.

So, even though my stay was very short, it was a very fruitful trip with a lot of contents.

I can’t help wondering about the situation after the earthquake, but at least Sendai was very lively and peaceful. I wondered if the lack of hotels was simply because there were so few of them. I was curious about that.

What I saw was only a small part of the area, but there were still some coastal areas where the damage from that time still remains.

Last Sunday, I participated in the relay marathon section of the "10th National Sweets Marathon in Chiba" with a total o...

I wonder when was the last time I walked around Kyoto for sightseeing purposes like this...On November 3, I went to Kyot...

I went to the super mamachari grand prix!

以前予告しましたように「スーパーママチャリグランプリ（第5回 ママチャリ日本グランプリ）」に出場してきました。We arrived at the venue after 10pm the day before. However, the s...

長くなりましたが、これで最後。といってもおまけ程度の内容。The launch. I was sweating so much in the beautiful weather that I wanted something salty!W...

This year, « No.5 Now! August 15: Sagittarius Concert of the Grain Valley Municipal Orchestra