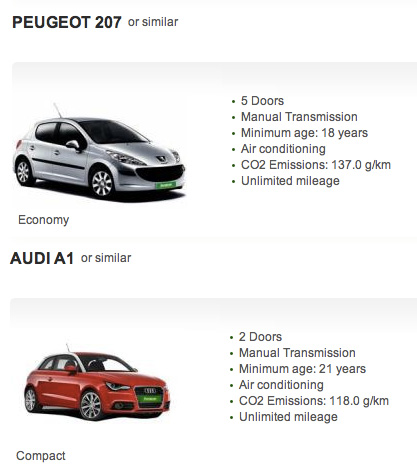 It seems like every year the time to prepare for travel is getting earlier and earlier. Actually, I’m done as far as bookings go! I hardly ever make hotel reservations these days.

It’s a little less financially efficient, but when you rent twice, you get the added benefit of driving two different cars on one trip!

Europcar is here to help us again.

Rent a Car & Van Worldwide with Europcar
Car rental and van rental worldwide. Discover exciting offers and book online to save money with our...

I often borrow here exclusively these days. If I raise the reason, it will be like this.

This means unlimited mileage, which in essence means you can drive as much as you want.

Given my mileage per trip, it would definitely be over the distance limit and more expensive….

So nowadays I rent exclusively from Europcar.

Alright, so this time we’re renting twice, once in France and once in Spain, but at the time of booking. 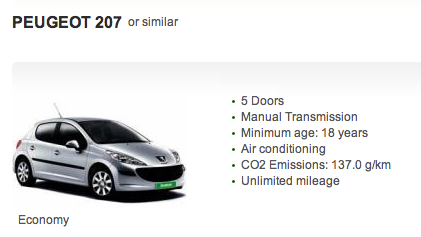 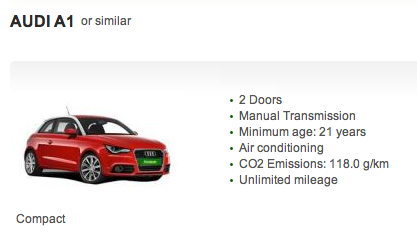 This is the case. However, it is a pity of European car rental that this type of car doesn’t always come. When we rented in France last year, we thought it was Peugeot 207, but it was Opel….

No, I know it says « or similar », but come on. Peugeot and Opel are totally different things!

Spain, on the other hand, I’ve rented twice in the past here, and both times I got a good car, so I’m very excited about renting on the Spanish side!

As I have mentioned many times in this blog, one of the most attractive things about driving in Europe is not only the driving, but also being able to drive cars of various manufacturers there.

I went to the Russian Museum and the Hermitage Museum one last time, and left St. Petersburg in the afternoon of the sam...

Date of visit: October 10, 2011, around 9:00 a.m.サン＝ポールからフランスの最も美しい村グルドンへ向かう途中にとっても美しい鷲の巣村を通過したので、思わず車を停めて撮影。google.maps...

Date of visit: May 17, 2012, around 12:00 p.m.Here's a little more of my May 2012 travelogue. I reached Santiago de Comp...
The iPhone Dropbox and GoodReader combination is still the strongest for classical music prep
It’s been a while since I’ve played around with Safari on my iPad…
Page d’accueil
2012 Spain pre
タイトルとURLをコピーしました