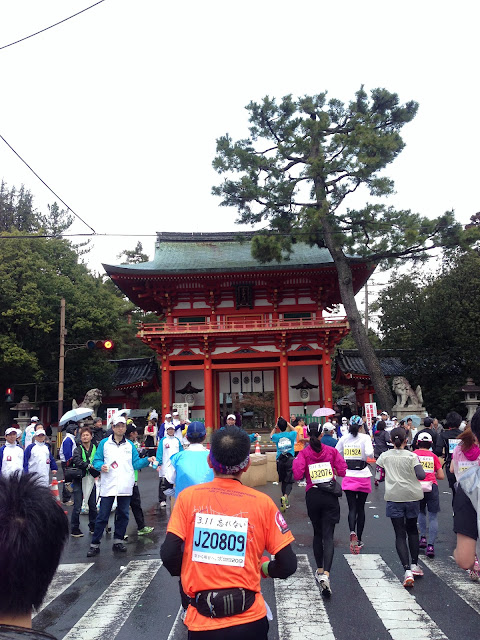 Ninna-ji Temple – Ryoan-ji Temple, this Monzenmachi area has the best scenery and atmosphere, but it is a little hard to run because of the ups and downs, especially the climbs. 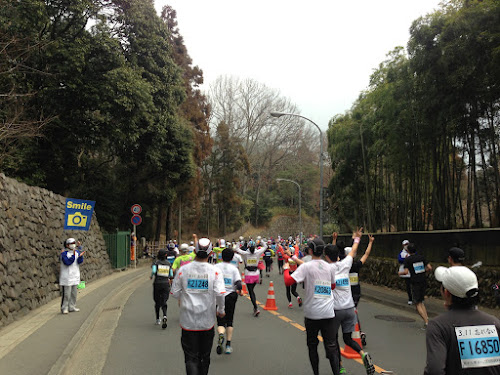 And the rain that we were worried about started around here…. I think it was just around the time of Ritsumeikan University.

Come to think of it, it’s from Sagano area, but I felt like the temperature was getting lower. It may have been due to the rain, but the Sagano and Kinugasa areas are at a higher altitude than the starting point. This may have had an effect.

In any case, just after the start, it was somewhat hot and humid and sweating a lot, so it was convenient.

The narrow Sagano-Kinugasa area turns into a big street at once, so the sense of openness is very comfortable.

Then we passed in front of Kinkakuji Temple on Nishioji, and from here, Kitaoji Street. Kitaoji-dori is a street that I was familiar with in many ways, so I was filled with very nostalgic feelings. I got even more excited. My footsteps were in good shape.

However, less than 1km before Daitokuji Temple, it turns to the north again. 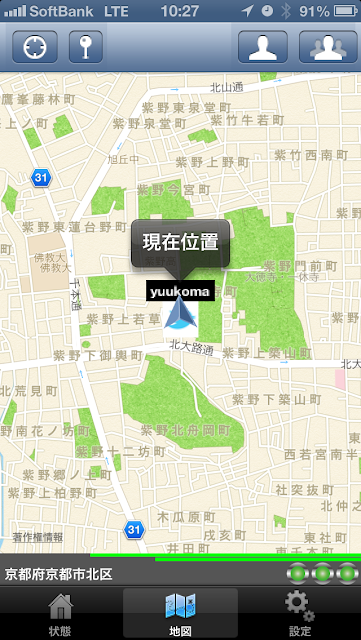 From here, the path leads to the precincts of Imamiya Shrine. 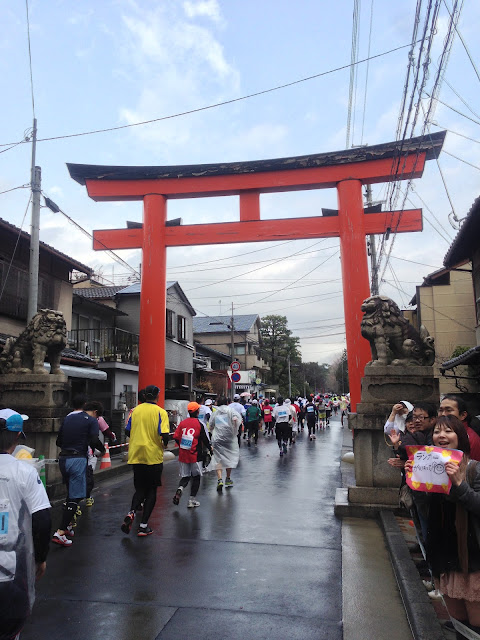 It was very narrow, but the scenery of the town was very wonderful. I was almost 15km away.

After passing the Imamiya Shrine, we ride through the narrow town again. And we reached Kamo River in 18km. 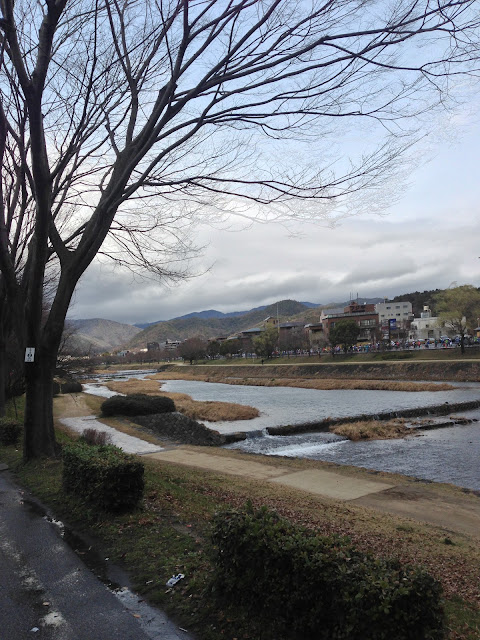 More rain here, and more wind. The road by the river is unobstructed, so the wind is even stronger than in town…

But fortunately I had a jersey that I had prepared just in case, so I was able to wear it to protect myself from the cold.

If the clothes you are wearing on your skin get wet, it will be very hard for you. In the first place, although it gets wet to some extent by sweat, it is still a cloud of difference between with and without rain protection.

And this is where I took my first bathroom break of the marathon. We borrowed the toilet of a nearby temple.

More school lunch. I munched on a Baumkuchen from Club Harrier that I bought as a souvenir on my sweets tour the other day. It cheered me up a little. 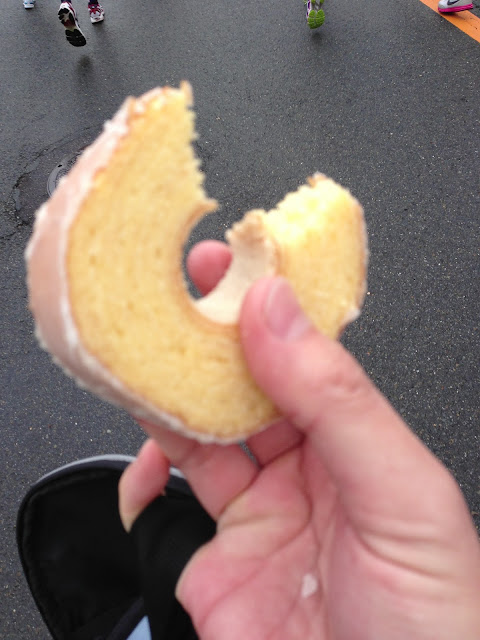 The fourth barrier after that went almost as planned! 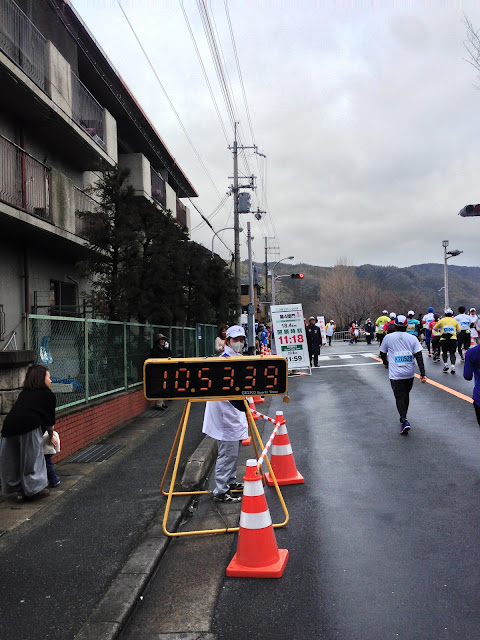 After a short distance past the fourth barrier, we crossed the river to the east bank. From here, we will go south. 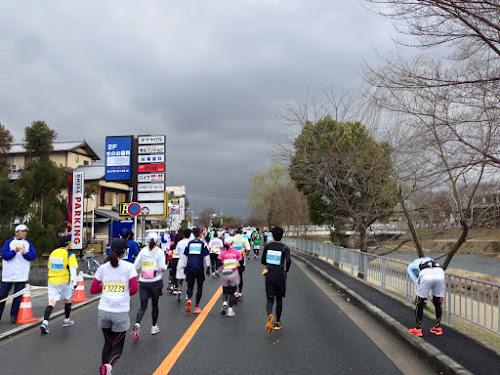 Now, it’s almost the halfway point, and Kyoto Concert Hall. It’s going to be crowded with people cheering them on.

The Kyoto Marathon is only 5 days away.I made a "Current Location Information Transmission Page" as you know every time....

It's been more than a month since the Kyoto Marathon 2013, and I was starting to forget about it when I found an unfamil...

Kyoto Marathon Review, the last part of the review, I would like to summarize the overall completion of the marathon, et...

Kyoto Marathon 2013 Review No.9 Post-Finish Flow Returning from Heian Shrine is rather difficult?

The Kyoto Marathon is also a bit long after the finish line.I'll try to write a review as well.First, we finish with the...

Kyoto Marathon 2013 Review No.2 The day of the marathon No.1, to the start The lost time is 10 minutes #Kyoto Marathon

March 10, the day of the event.As predicted, it was cloudy in Kyoto early in the morning, and it looked like it might ra...