Now it’s finally the morning of our departure.

This time we are departing from Chubu International Airport instead of Narita due to the earthquake. This is my first time to use this airport.

It was about 30 minutes from Nagoya by Meitetsu limited express. Even though it was a limited express, it was like a normal conventional train. I stayed at the station a lot before I arrived at the airport, and because it was a conventional line, there were many people who were not going to the airport on it, so I had the impression that it was more crowded than I thought.

Even so, it only takes 30 minutes to get there, so it’s probably much better than Narita.

Well, my first impression was that it was a small, regional airport. It’s a small airport. There may not be many people, but I think the density is high.

The check-in was finished without taking particularly long time. My luggage is as heavy as ever…. This is how I use the internet at the airport now. 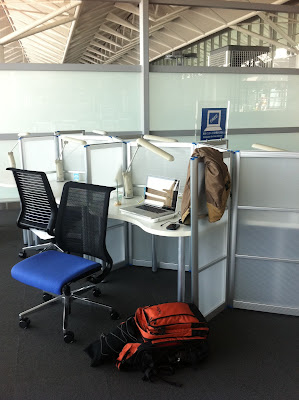 It is very comfortable. You can use wired LAN for free. The speed is also very fast. Is this area more advanced than Narita? We are renting the familiar MiFi again. I’m already familiar with this service, but this service started last year. So far, I have used the plan of France, China, Germany and Russia. This year, of course, I’m going to France.

And one more thing, I’m bringing my MacBook Pro this time.

Basically, because the photograph data is preserved in RAW, the CF card does not hold if it is not preserved in HDD in detail because data becomes heavy.

Also, when I write a blog in the field, I have to return this RAW data to JPEG, but this is also to do this with Photoshop LightRoom. 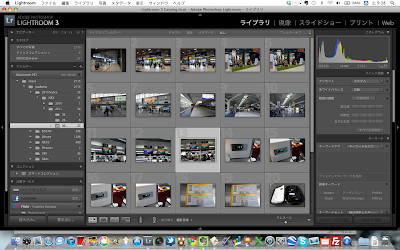 I don’t know how long I’ll be able to update my blog there, but I have time and internet access, so I’ll try to write my blog there as much as I can.

Germany and the Enclave Tour, Autumn 2015, Part 19: Kinderdijk, a scene with windmills synonymous with the Netherlands

From France to Switzerland and back to France again – 2011 France Realtime No.15 – News

29th, it's almost the end of the trip. We went back and forth from "France to Switzerland to France" for the convenience...

Local time: January 28, 2014On this fourth day, the weather was not good from the morning. It was raining near St. Pierr...

Visit Date: July 18, 2016Now this time, the second chapter begins. The second chapter will be about gourmet food; I have...
Finally, the night before departure, I arrived in Nagoya.
Arrival in Paris – 2011 France Realtime No.2 –
Page d’accueil
2011 France realtime
タイトルとURLをコピーしました