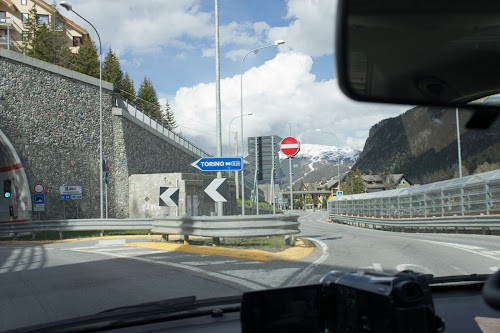 I finished my Greece travelogue, but I actually hadn’t finished my travelogue from Golden Week yet…. I need to finish it by the end of the year!

On May 7, we left Grenoble, a city in eastern France where we had stayed the night before, just in time to tour two beautiful villages near the border with Italy.

After visiting these two villages, we will return to the city of Briançon and head further east to Italy. This is what it looks like in terms of location. 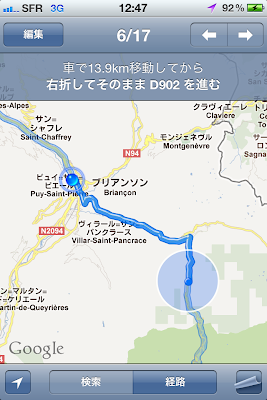 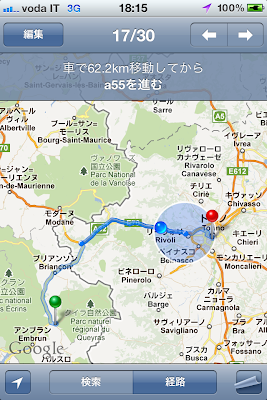 Well, the reason why we decided to go to Turin, Italy was that we had never been there before, but we were on a tour of beautiful villages and happened to be near the border, so we decided to go there as a side trip. Naturally, it was a destination that was decided on the basis of a haphazard idea on the spot.

Even though the road from Briançon is a national road, it is very tight because the route is along the steep mountains of the Alps. There are no highways. 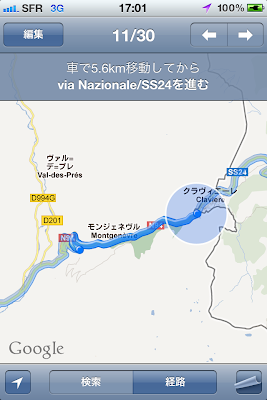 Still, I’m used to this kind of steepness by now. We arrived at the border area about an hour after our departure from Briançon. 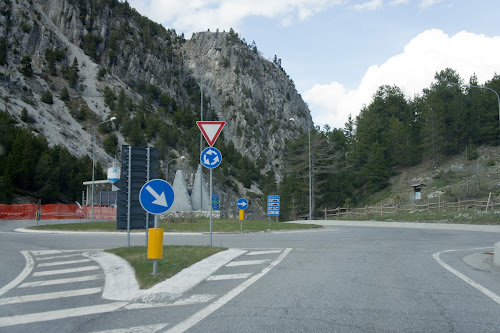 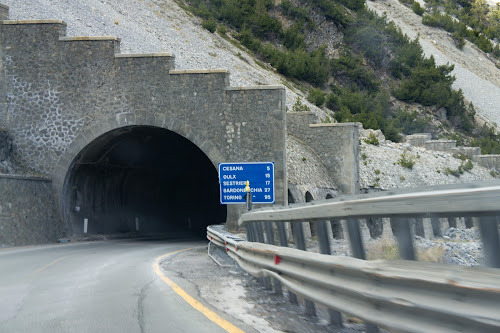 It’s 95km to Turin, but you can join the motorway after about 20km, so you should be able to proceed at once. 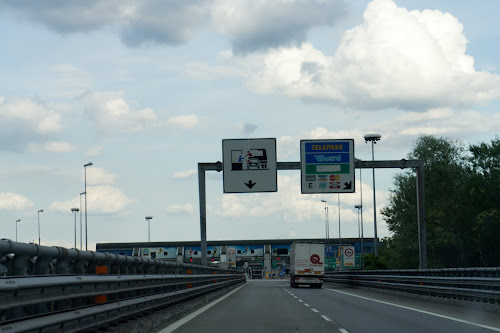 There are a lot of things I want to say about Italian roads, but in the meantime, we arrived safely in Turin.

However, the city here is quite chaotic, I’ve driven in many big cities in Europe, but the difficulty may be one of the best.

Thanks to Google Maps (which still existed at the time), we were able to get to our destination smoothly, but it would have been quite scary without it.

For example, at this intersection. 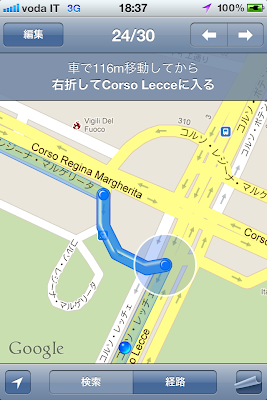 I came from the left side and turned right to go down, but there are two ways to go down. I can tell which is the main road and which is the side road by looking at the colors, but as you can see here 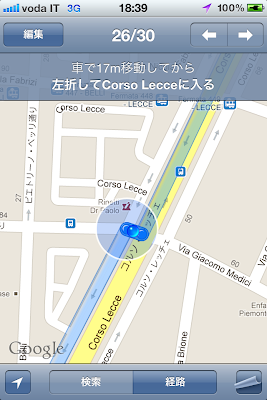 If you don’t move from the main road to a side road, you can’t make the next turn.

If you don’t know when to go back and forth between the main and side roads, you won’t be able to reach your destination. It makes sense if you ask me, but it is quite confusing when you are driving for the first time. Moreover, you have to do it in a big city where cars come from all over the place.

I was quite confused at first, but I found the hotel I had booked safely, parked my car in the square near the hotel, and checked in safely. 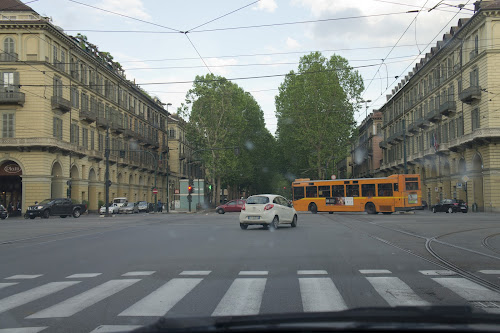 To the tip of the heel, and the humiliation of 7 years ago Alberobello May 2014 Italy’s most beautiful village tour Local Report No.15

Local time: May 7, 2014I'm writing this blog in a restaurant in Alberobello. Because I don't have a signal and I'm bored...

Both castles were rebuilt in the 19th century with the aim of "recreating the atmosphere of the Middle Ages". The best t...

Of course I’m going to visit the most beautiful villages in France again this year -2012 France and Spain Preparation No.5

さてさて久しぶりの旅行関連記事を。Two more months to go, but still two more months. The main part of this trip is Spain, but because of t...

Local time: May 9, 2014The last day was sunny and today was the last and first short drive of the trip.Because we had al...
Driving on the New Tokyo-Nagoya Expressway for the first time in a car
Palazzo Venaria Reale from the Royal Palaces of the House of Savoia -2012 France and Spain
Page d’accueil
2012 Spain and France
タイトルとURLをコピーしました