After viewing the two ancient ruins, we returned to Fira, where we had been for two days, to return the car & pick up the luggage we had left at the hotel.

Cars should be parked in the parking space in front of the church, which will be near the entrance to the city. It’s a difficult place to drive with a lot of pedestrians and street parking, but I’m used to it and I’m good at it.

After we parked the car, we had lunch. It was before 3 o’clock in the afternoon and I was starving because I had only eaten breakfast that day.

We had a Greek salad, asparagus soup, and a fish dish. Oops, I don’t drive a car anymore, so I haven’t forgotten this one either! 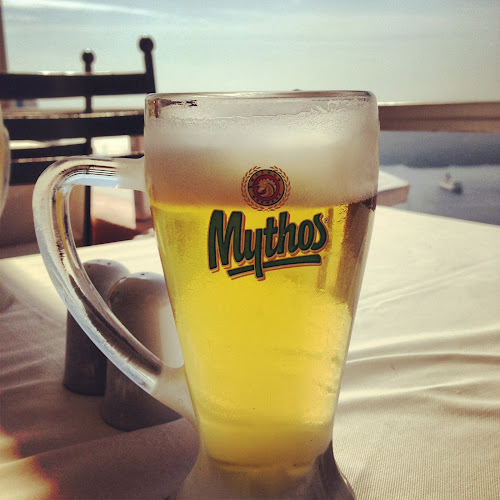 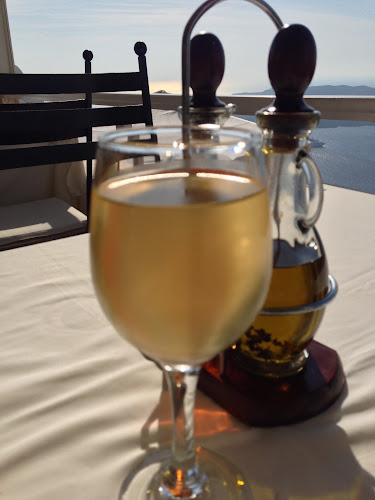 The wine and beer were really good.

After that, I went for a walk in Fira, and I remembered that I stayed here for two days, but it was the first time to go around this city slowly in the daytime. As the largest city in Santorini, there were many different shops and nice alleyways. It is time to go back to the hotel and return to the airport.

Take a leisurely stroll along the road to the hotel. One last view from the hotel.

By the time we left, it was completely dark. 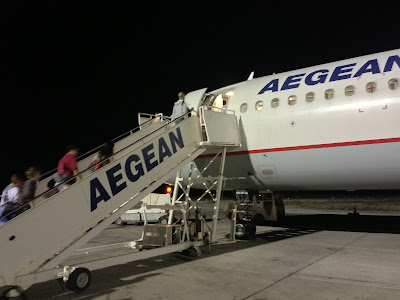 This was the end of our two-night tour of Santorini. There was also a place that I had initially thought that it was just a resort, but when I finished, I was very satisfied with the stay on the wonderful island full of tourist resources, wine and ancient ruins.

I knew it would be easy with a car! It was a great decision to rent a car!I drove the smart for the first time and it wa...

Well, I'm starting to update my travelogue of Greece, which I went to in October.I started from Athens. I flew to Paris ...

After leaving Akrotiri, we took a short detour and headed to another ancient site in Santorini, Terra.The place is locat...

It is the wine museum of this travelogue, and it is not an exaggeration to say that it is the biggest impact in a sense ...
I went to Sankeien.
Enoshima, the new lookout lighthouse was a thrill compared to the old one…
Page d’accueil
2012 Greece
タイトルとURLをコピーしました